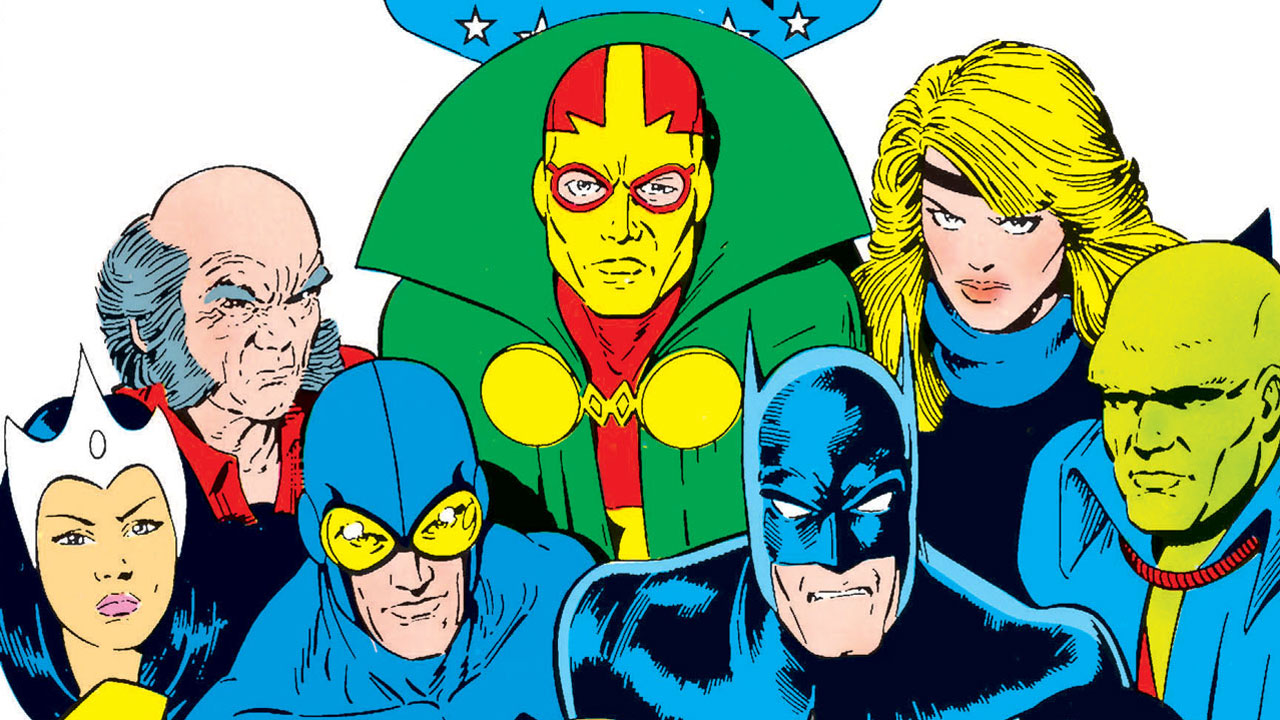 With each new episode, more and more fans are falling in love with DC Universe's latest original series, Stargirl. Now the creator of the show -- and its titular teen hero Courtney Whitmore -- is sharing his list of the 5 comic book titles that most inspired his own DC Comics work, including Stars and S.T.R.I.P.E., the book that introduced introduced Courtney to the world. Just click on each title below to read it on DC Universe! 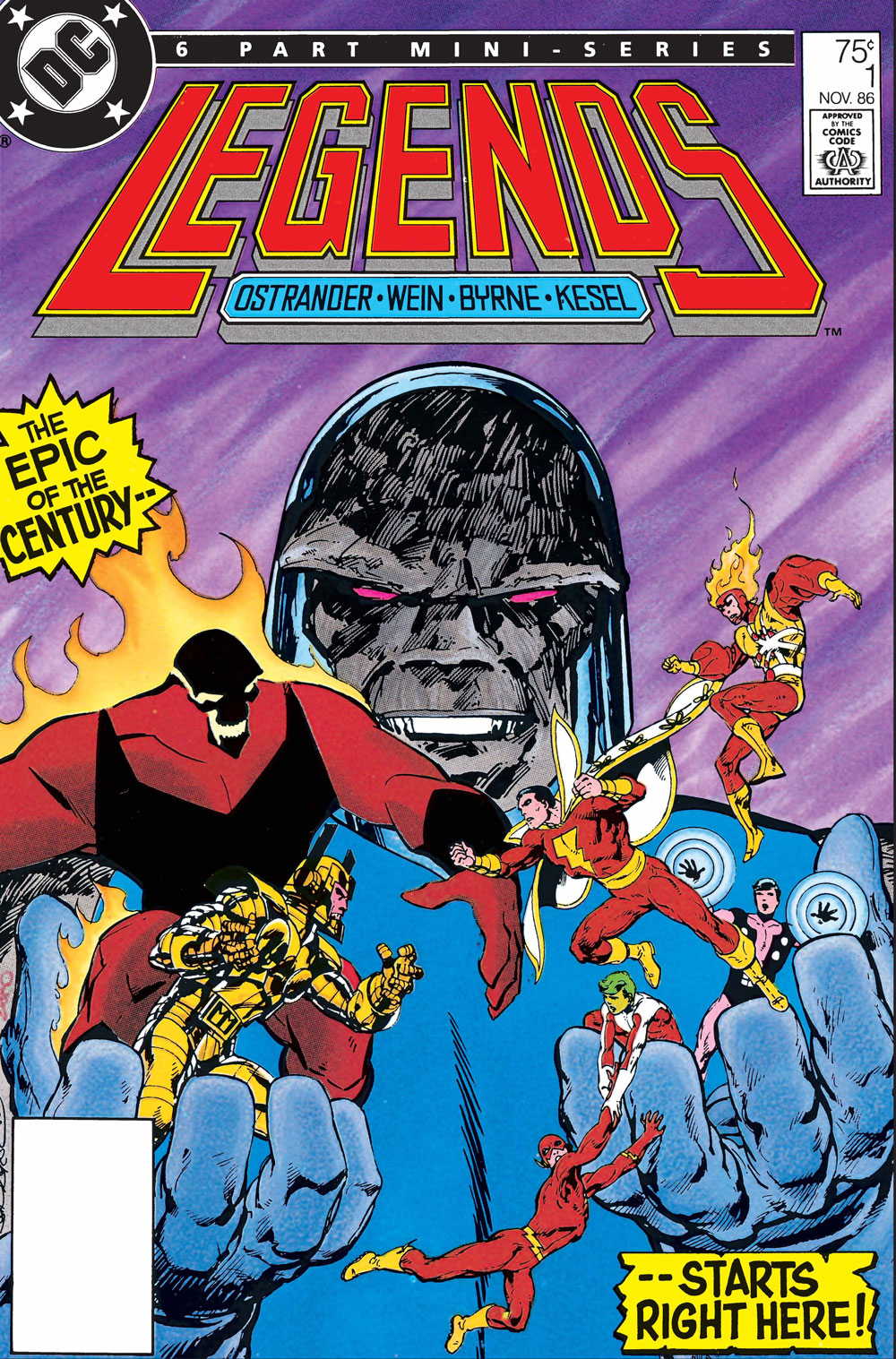 “In the wake of CRISIS ON INFINITE EARTHS, LEGENDS introduced a new, grounded tone to DC. Focused on how the public saw its heroes, Legends challenged the new Wally West Flash, re-introduced Wonder Woman to the universe, and set up one of my favorite teams of the late 1980s, the all-new Suicide Squad. With beautiful artwork by John Byrne and a wonderful story by John Ostrander and Len Wein, two of the greatest writers ever to grace the pages of comic books, this book kicked off a new era for DC – my favorite era – the Post-Crisis era.” 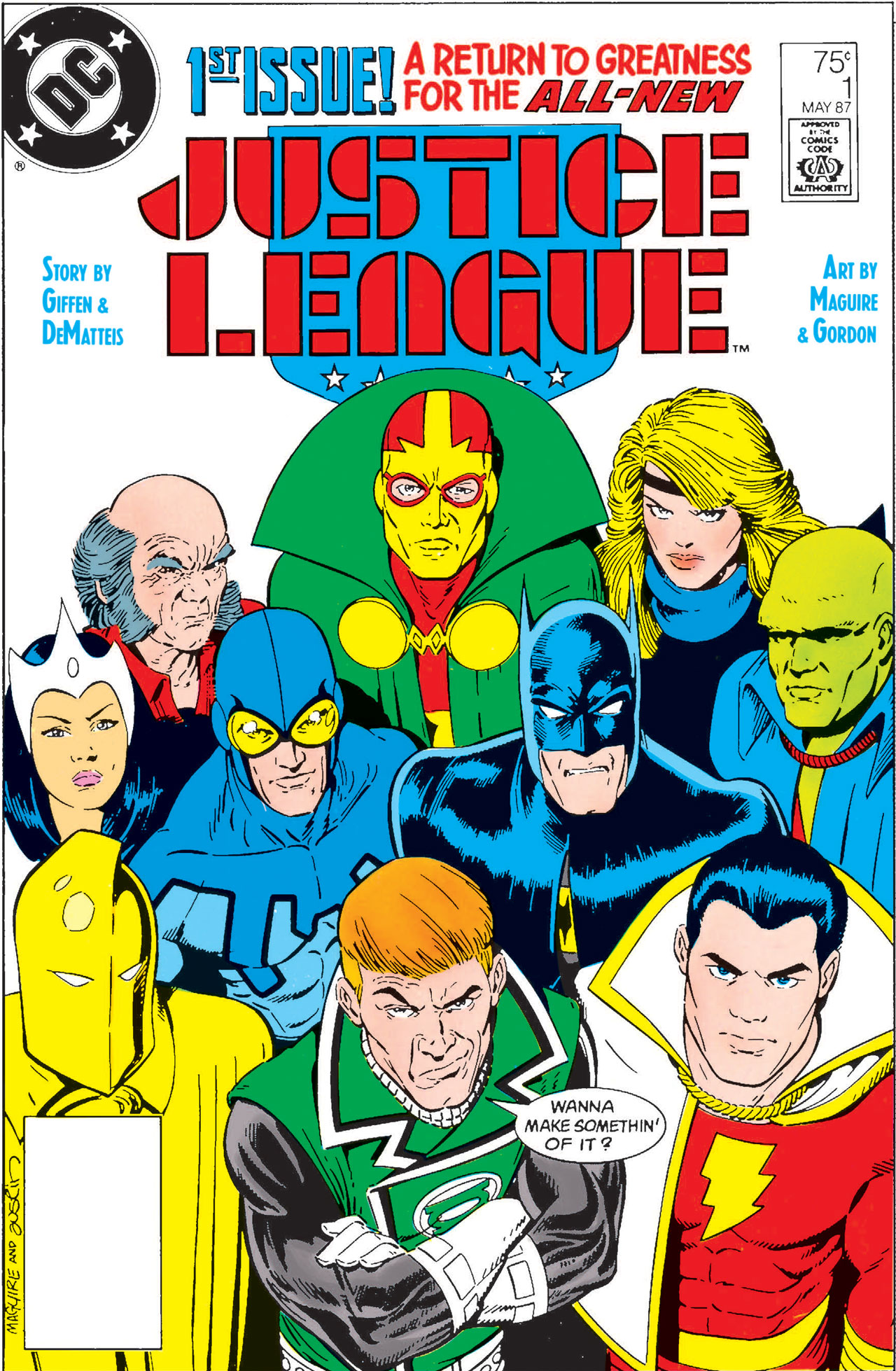 “Perhaps one of the most dramatic and unique takes on JUSTICE LEAGUE was in the Post-Crisis era when Keith Giffen, J.M. DeMatteis and Kevin Maguire kicked off an entirely new era of DC’s greatest superheroes with, well, their arguably greatest superheroes. Alongside JL mainstays like Batman and Martian Manhunter, you had Blue Beetle, Guy Gardner, and the new Dr. Light. It was, to me, one of the strongest launches of any DC series ever with a clear and confident tone, stakes, humor and character development and drive that was unlike anything else that had been seen before it. Known for its humor, this run on Justice League had plenty of drama. Start with issue #1 and I bet you jump to #2.”

“One of my favorite and most underrated artists in comics book, artist Kelley Jones worked with writer Doug Moench to create a run on BATMAN unlike any before it or after. With a macabre tone and clear horror influence on his art, Kelley Jones brought a grounded, mystery, and frightening look to Batman and the world and characters around him. From Black Mask to Scarecrow, each issue drew me right into Gotham, particularly his Deadman story which leads me to another book from Kelley I’d recommend…DEADMAN with Mike Baron. You can’t go wrong with these.” 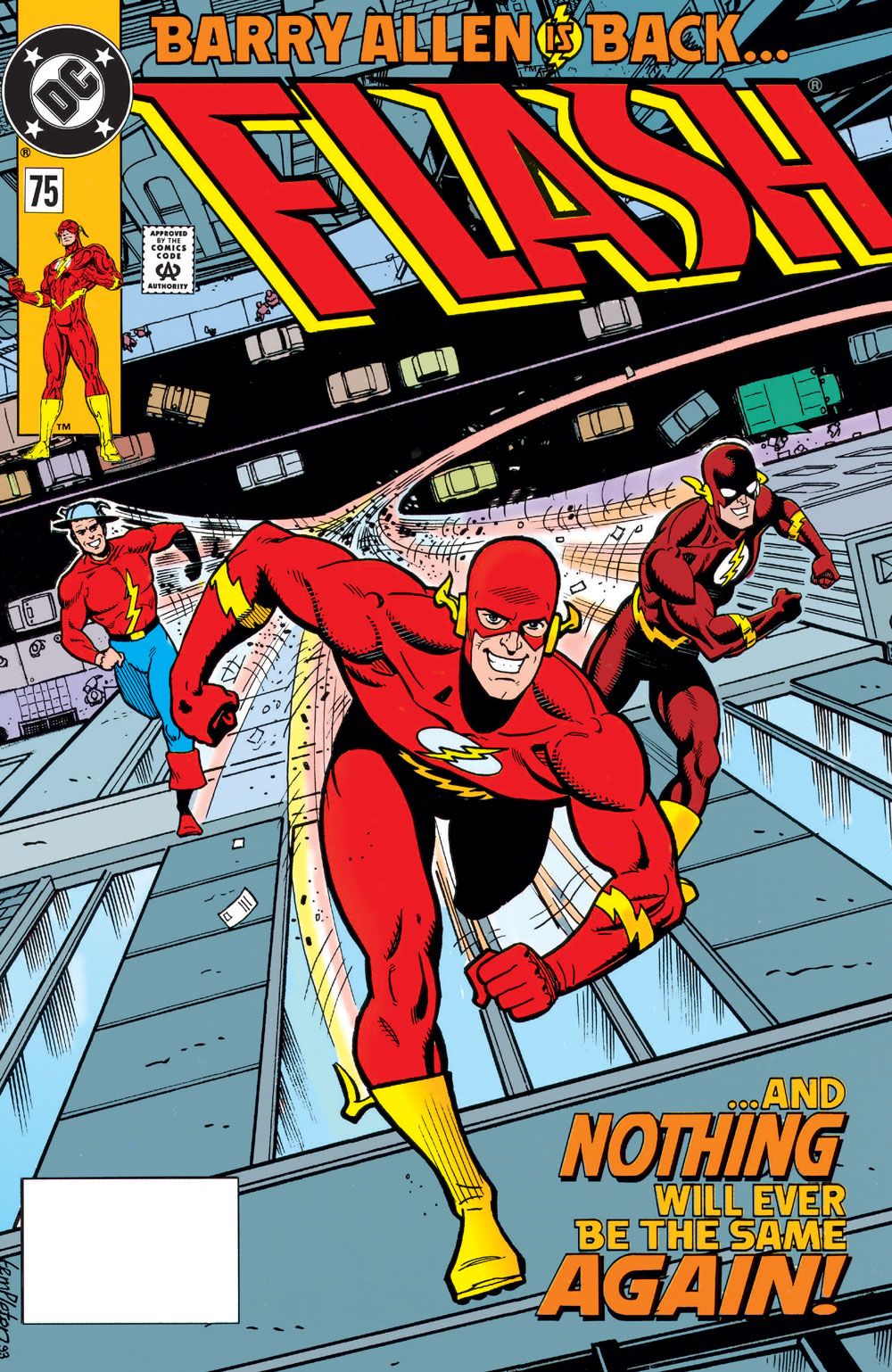 “Mark Waid is one of my favorite DC writers of all time. With a clear understanding of not only the characters, universe, and history of DC, he knows the heart. And he both fills yours and breaks it in this wonderful, heart-wrenching story focused on THE FLASH I grew up with and love – Wally West. Trying to fill the boots of his Uncle, Barry Allen, Wally comes face-to-face with him years after he’s been gone. But does Wally feel like he’s done right by Barry and the legacy of The Flash? This was a turning point in Wally West’s life and remains firmly in my top 5 favorite storylines ever written in all of comic books and is my favorite of all Flash stories ever.” 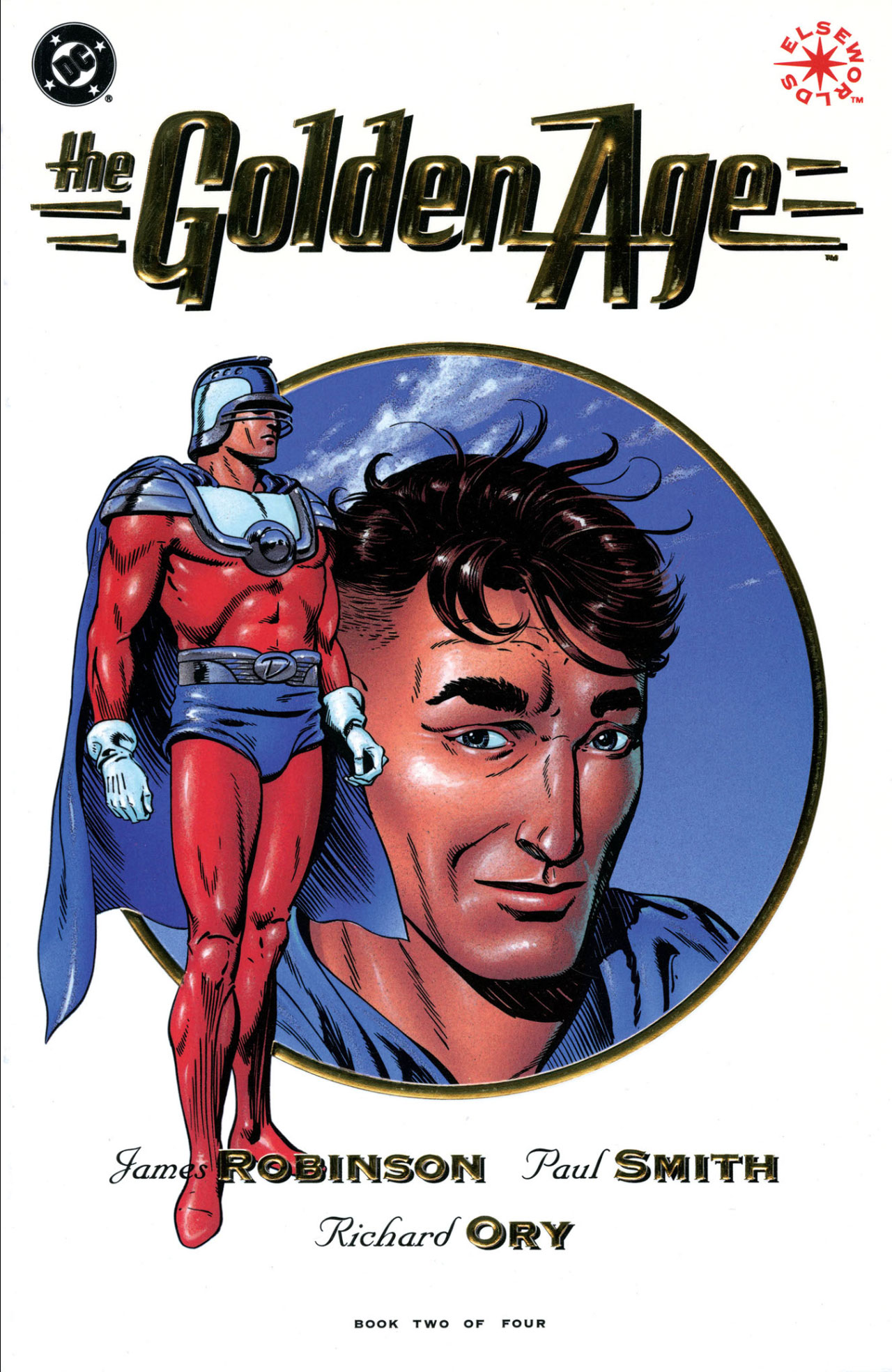 “James Robinson and Paul Smith made me fall in love with the Golden Age DC Universe with this compelling and sophisticated take on the post-World War II era of DC’s first age of superheroes. This book has everything you could ask for in a comic, but the mystery at the center, the villain that’s revealed, was one of the most surprising moments I’ve ever read in any story. James has an uncanny knack for giving even the most obscure character wonderful personality (I’m looking at you, Captain Triumph). You will fall in love with characters you’ve never heard of. This kicked off my true love for the JSA (and James).”

What are YOUR five favorite comics to read on DC Universe? Let us know in our Community!