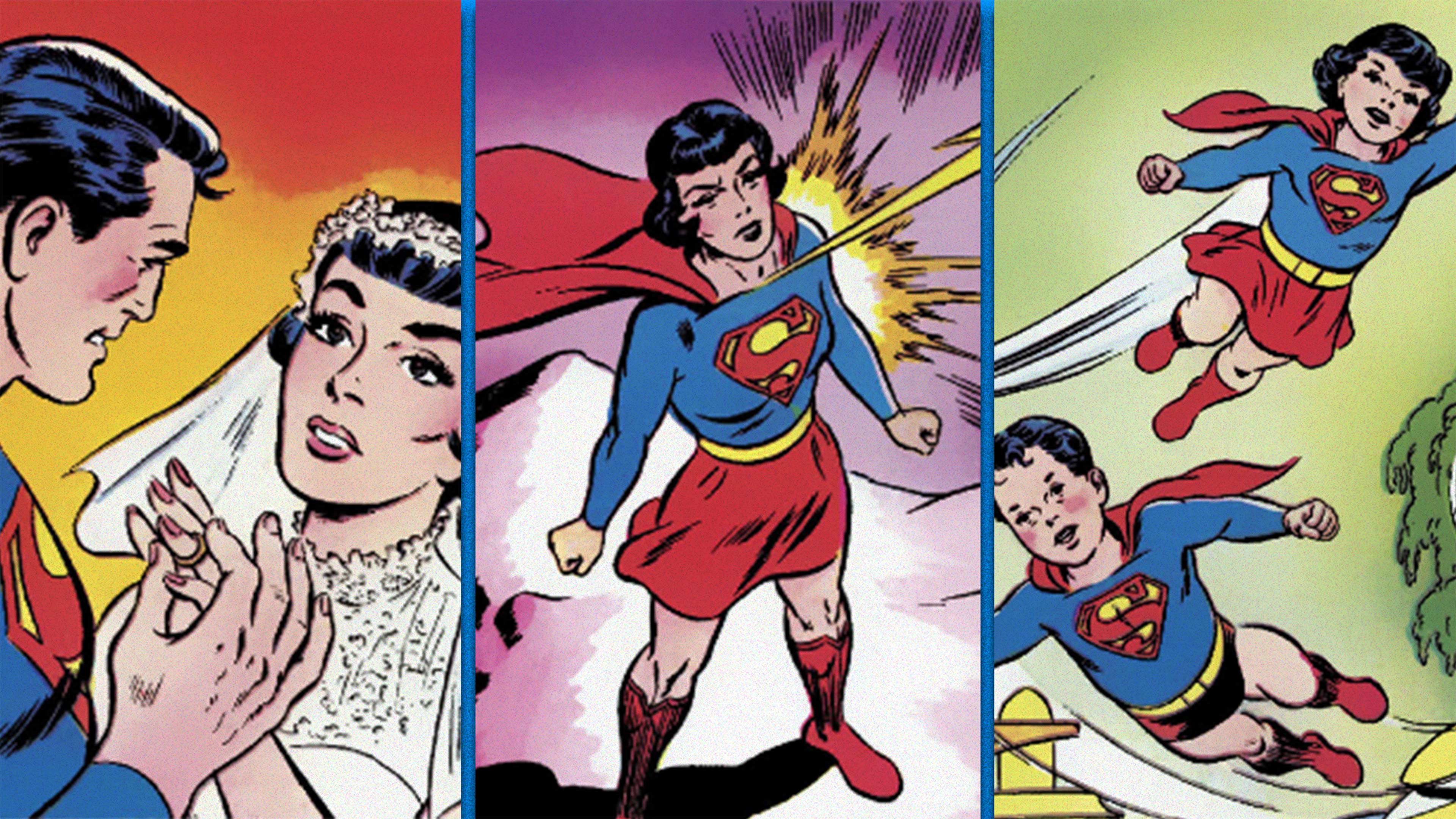 Happy April 1st, or as Alfred likes to call it, “National Don’t Believe Everything You Read on the Internet Day.” The internet will be overrun with pranks and hoaxes today, but DC Comics has been king of the trickery game since the pre-Youtube days of yore. DC Comics were known for their creative covers during the Silver Age, which caused curious readers to ponder the context of the crazy situations their heroes were in. Of course, things aren’t always what they appear to be. In the spirit of April Fool’s Day, here are 5 classic DC hoaxes... 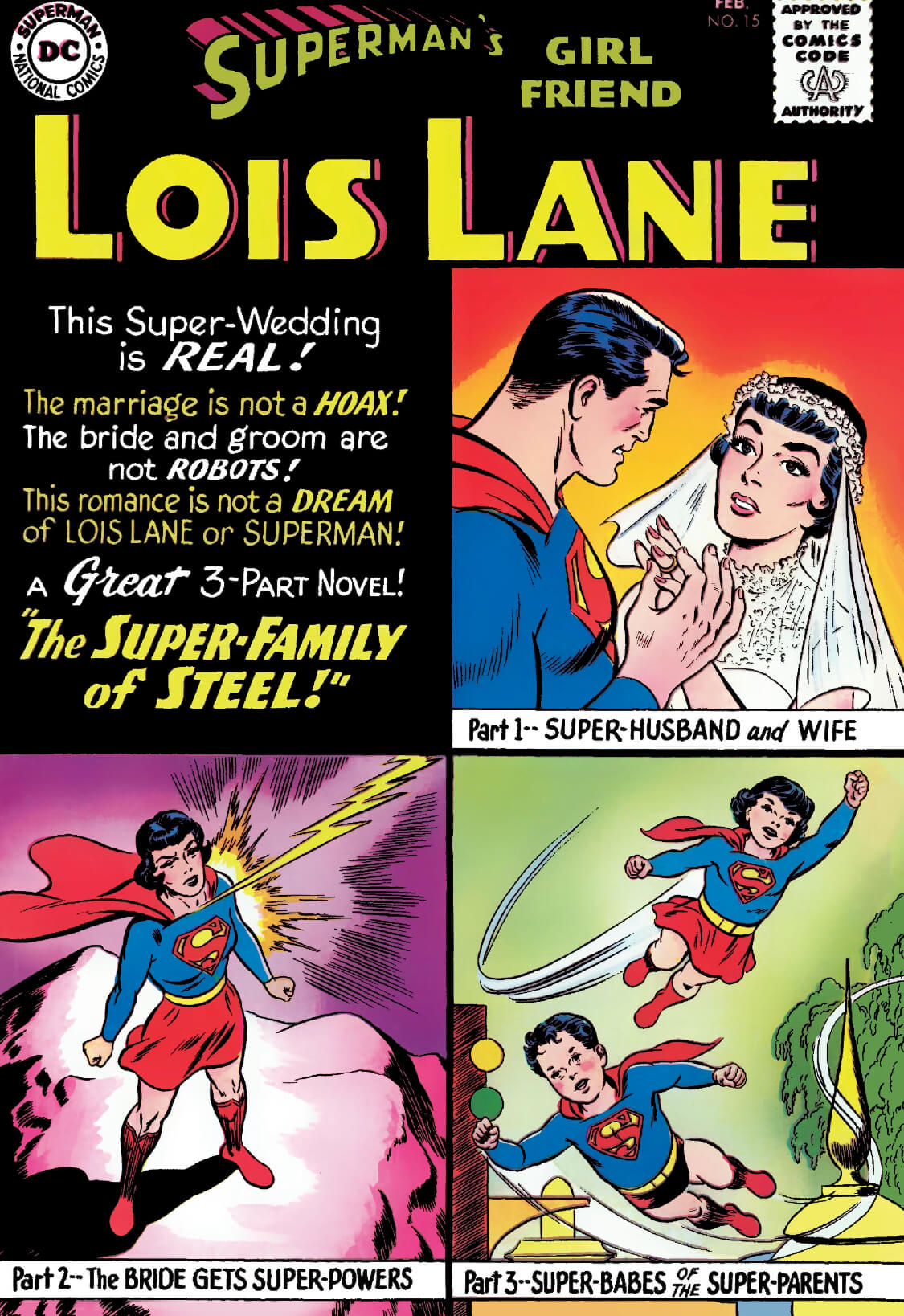 The Claim: Superman and Lois are getting married, and it’s the real deal this time! DC had done the “it’s all a dream” or “they’re robots” stunt a few times, so they pinky promised that wasn’t the case here.

The Twist: We have to give old school DC props for this one, because they found a sneaky loophole. As promised, the wedding was real, and the bride and groom were not robots – but they weren’t Superman or Lois either. The groom was a Superman lookalike from Kandor named Van-Zee, while the bride was a socialite named Sylvia who was the splitting image of Lois. The script went through great lengths to avoid having the bride and groom call each other by their names, giving this story a good rereading bonus once fans knew the twist.

Where to Read It: Superman’s Girl Friend Lois Lane #15 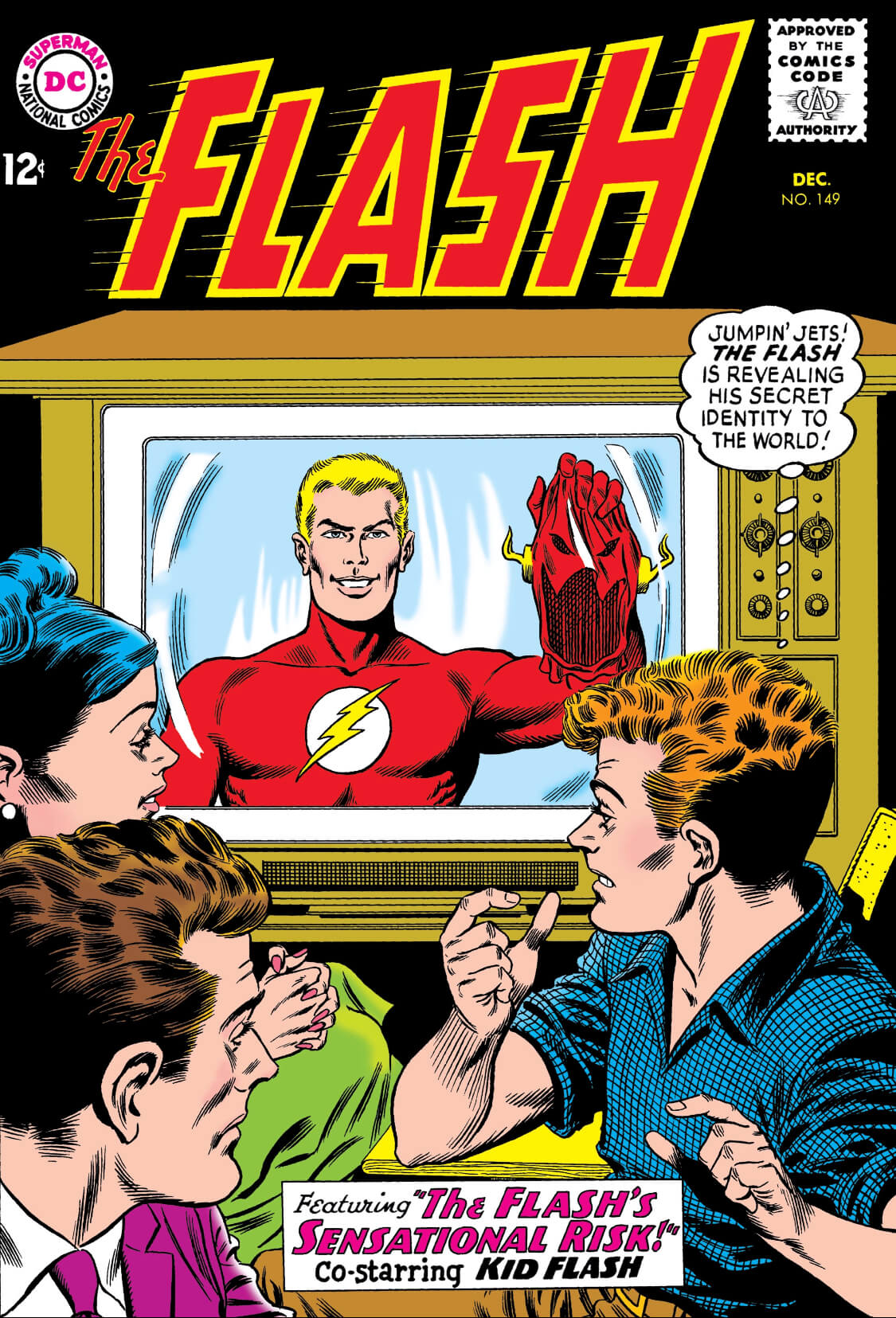 The Claim: The Flash has unmasked himself to a national television audience!

The Twist: It turns out that Wally West (Kid Flash) had amnesia, so Flash decided to snap him out of it by unmasking on television. Using his super speed, Flash unmasked himself so fast that only a speedster like Wally was able to observe it. The plan worked and Wally regained his memory. Why Flash had to go on television to do that is anyone’s guess. 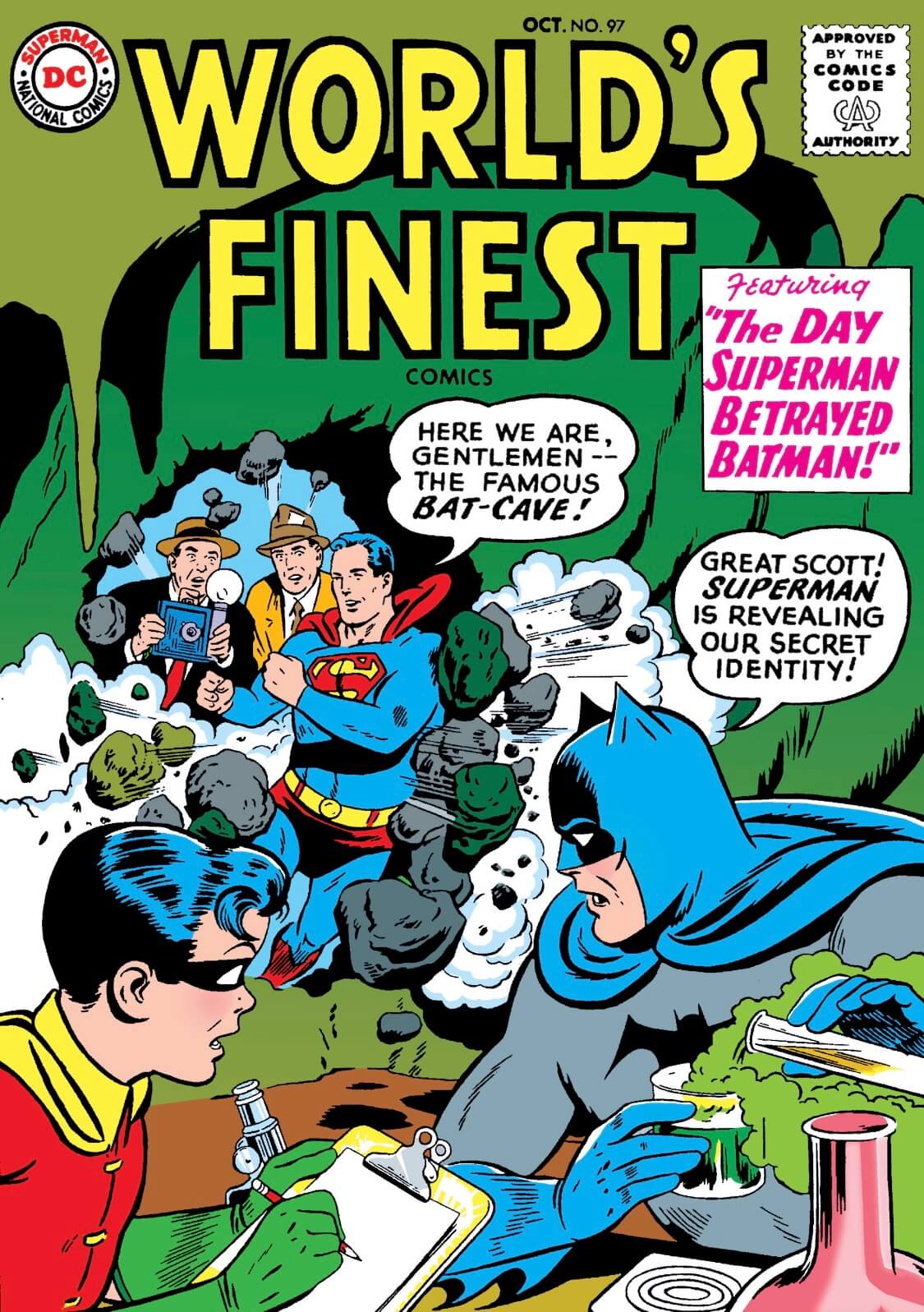 The Claim: Superman has led a group of reporters to the Batcave’s secret location.

The Twist: The Batcave that Superman led the reporters to wasn’t under Wayne Manor. The Man of Steel built a decoy Batcave under the home of Scott Forrest. Scott was totally cool with this. The entire operation was part of a convoluted plan to lure out a criminal. While it’s cool that it succeeded, it does raise some questions about Superman’s journalistic ethics since he encouraged a group of reporters to publish a story he knew was fake. Truth and justice indeed… 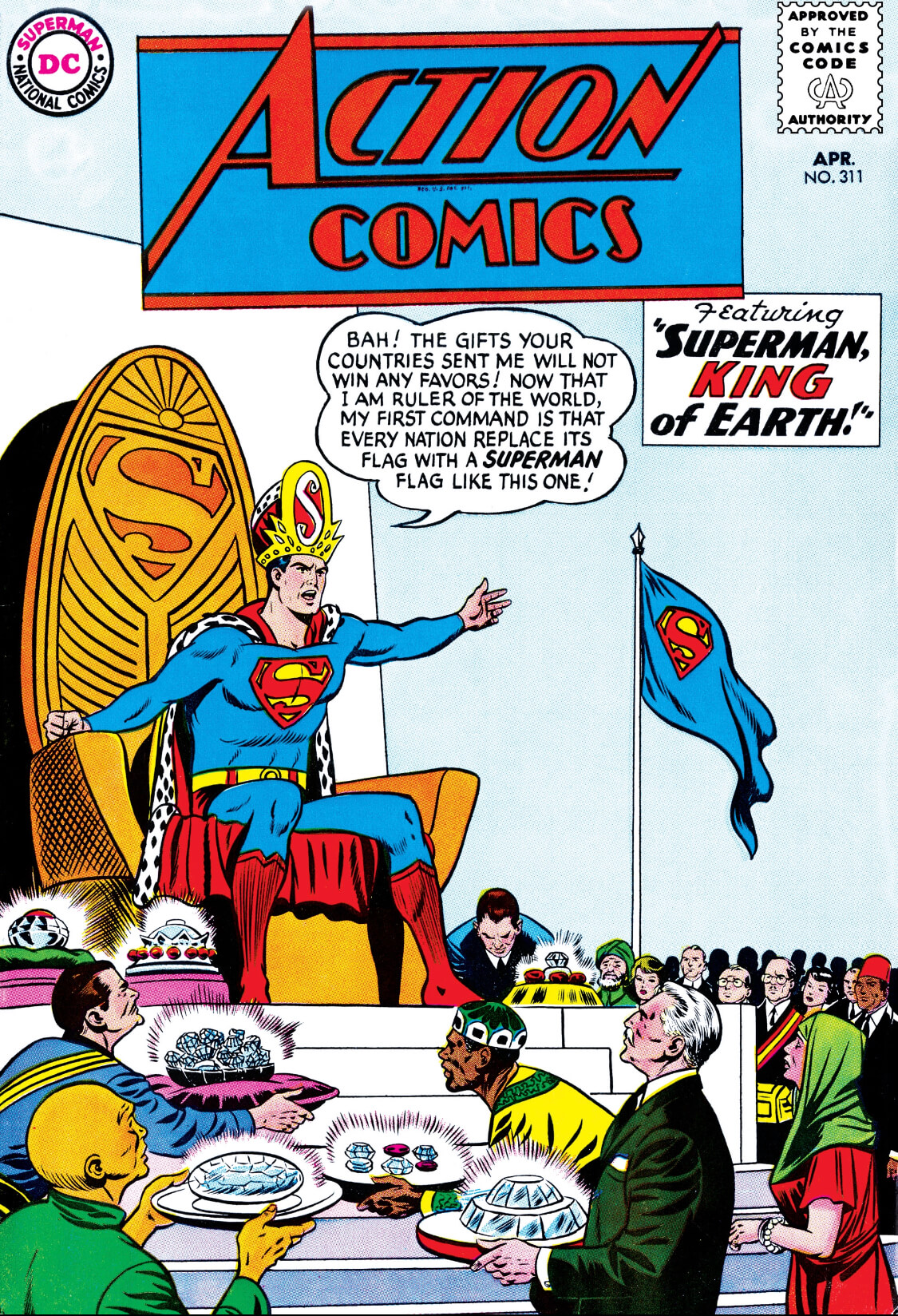 The Claim: Superman has gone mad with power, and he’s wearing a papal mitre!

The Twist: You’ve seen the internet memes, and now it’s time to shatter your illusions. Sorry Superdickery fans, but the only thing real about this is the pope hat. This one is a bit of a doozy, but Superman was pretending to be a tyrannical dictator because he wanted to distract the world so they wouldn’t panic over an alien invasion. Wouldn’t the world panic about Superman being an evil pope? We never said it was a GOOD plan. Read the story yourself - it’s bonkers! 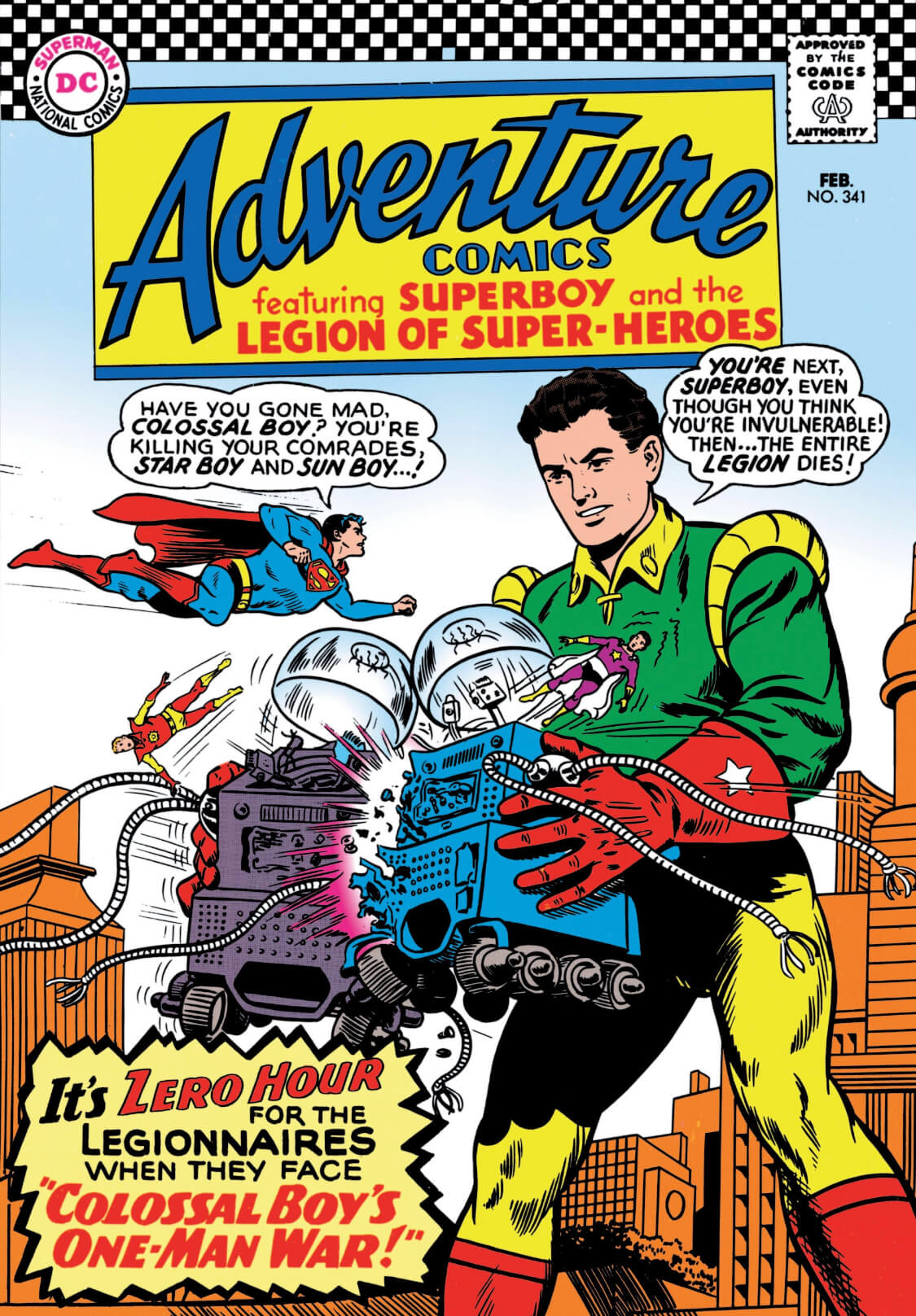 The Claim: Colossal Boy is totes evil now, and he’s going to kill all of his Legionnaire friends!

The Twist: Turns out this cover was taking the scene WAY out of context. Colossal Boy was smashing the mechs together in order to free his teammates, not destroy them. Superboy was only pretending to be horrified so they could….trick….a….computer. Either way, the cover promised “Colossal Boy’s One-Man War” and the outcome was something else. Colossal Boy was just giving into modern trends, since during the Silver Age everyone was pretending to be evil on comic book covers.

Where to Read It: Adventure Comics #341 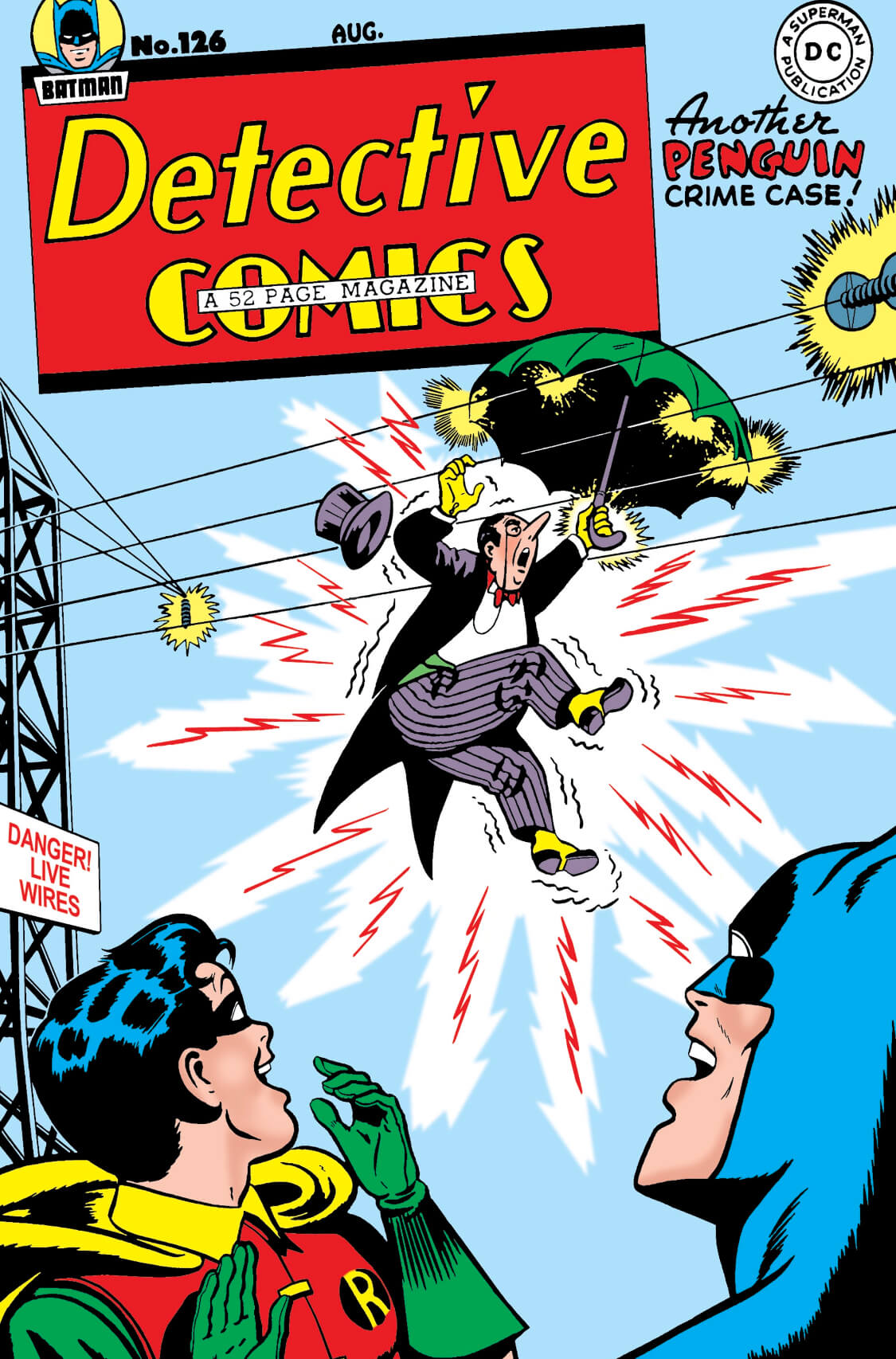 The Claim: The Penguin floats into a power cable and electrocutes himself, as Batman and Robin watch in silence, refusing to do anything to help him. The Dynamic Duo are standing there laughing, as Oswald Cobblepot is slowly and painfully dying. We can’t blame them for laughing, because the cover is pretty funny. The sign says “DANGER! LIVE WIRES” and Penguin still glided into them.

The Twist: No twist at all, the scene from this cover never happens in the story! On the one hand, it’s disappointing that we can’t see this awesome moment play out, but we would’ve been disappointed if we learned this was a hoax. The cover is hilarious just the way it is, and it doesn’t need any extra context like “Superman wore a Penguin disguise and pretended to be electrocuted in order to trick a criminal.”

Where to Read It: Detective Comics #126

What are some of your favorite DC “Gotcha” covers? Let us know in our Community!