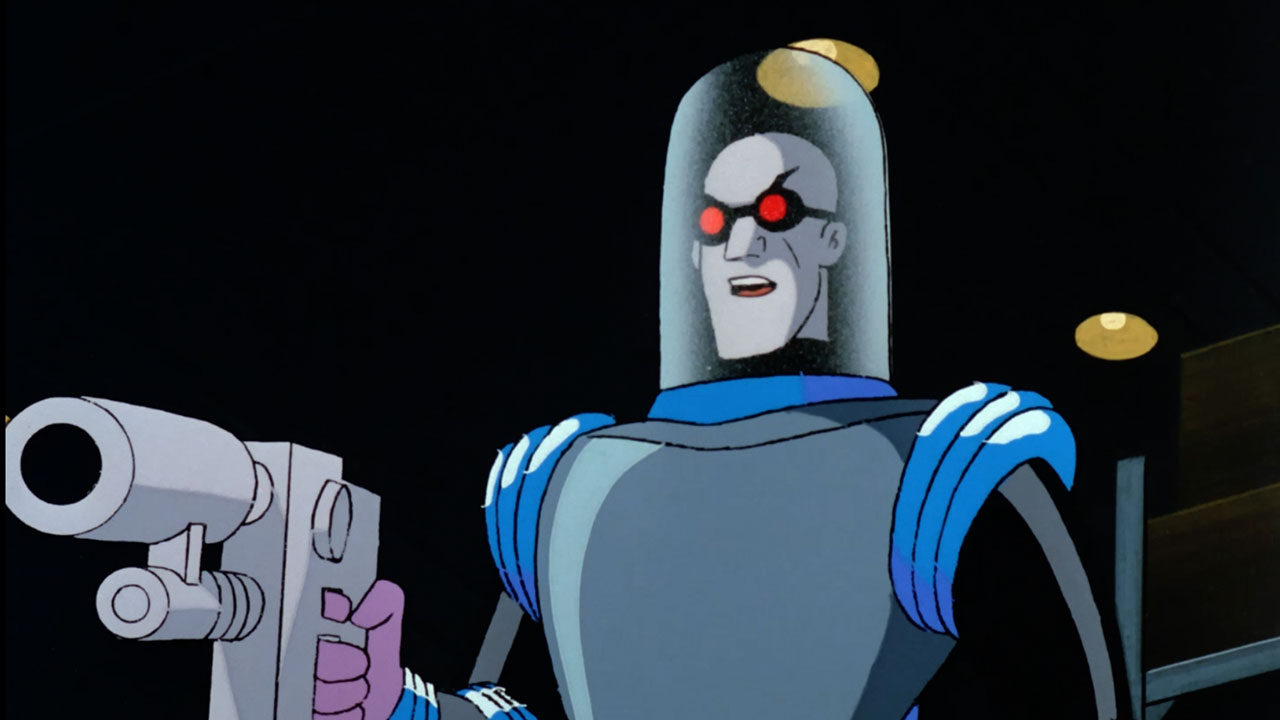 The Evolution of Mr. Freeze

Temperatures are dropping as winter sets in. For some that means the start of a joyful holiday, family gatherings, and seasonal treats. But for others, there's little comfort. The residents of Gotham City have long since learned that, while the cold itself might be sometimes refreshing, ice and snow are often harbingers of doom.

Mr. Freeze has been chilling the streets of Gotham for almost sixty years. But he hasn't always been the villain we know and love to hate today. In fact, in his earliest days, he wasn't even called Mr. Freeze at all, but was instead known as Mr. Zero, all the way back in 1959's Batman #121. 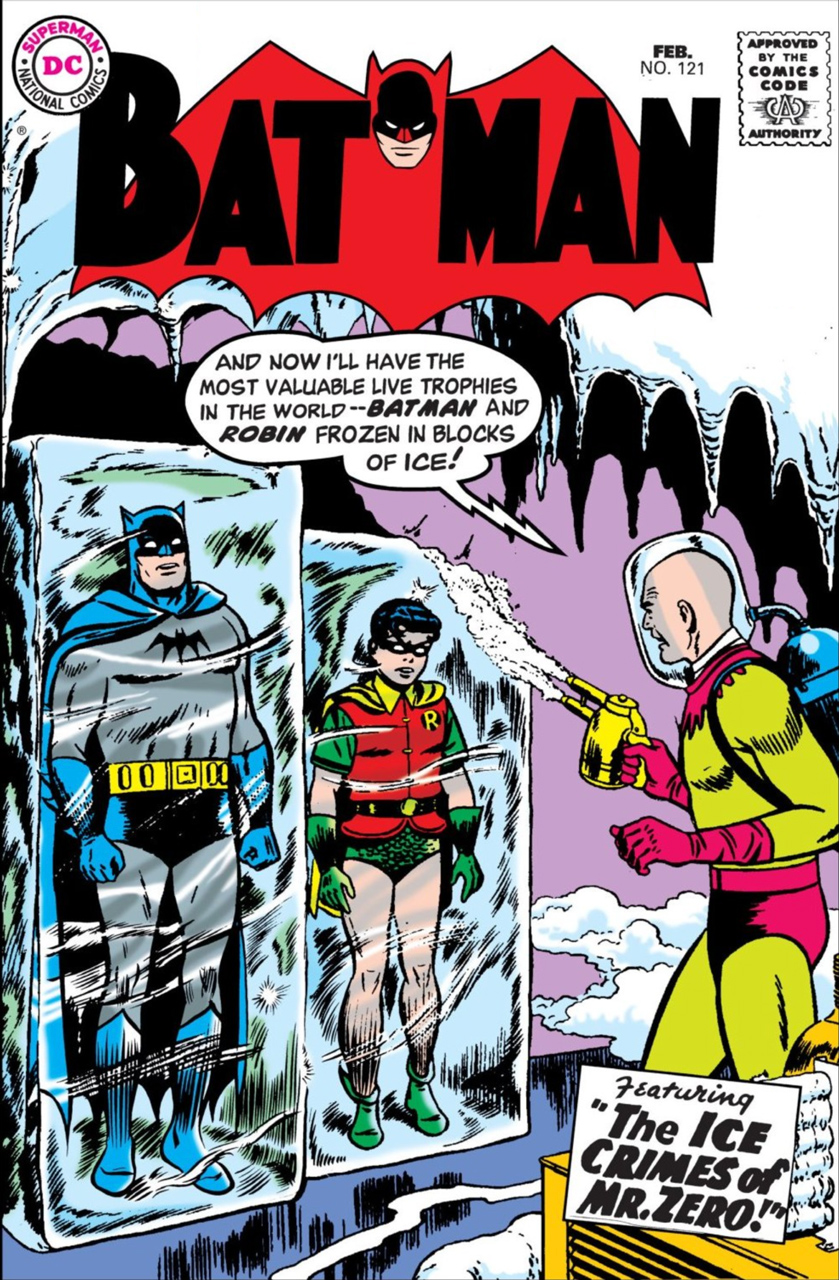 Mr. Zero's origin story was pretty bare bones and typical for the Silver Age in comics, where things like mad science and corrupted technology reigned thematically supreme. Freeze began as a nameless, crooked scientist who invented a freezing gun which backfired on him, altering his body so he could only survive in subzero temperatures. Mr. Zero turned into the more familiar "Mr. Freeze" care of the live- action 1966 Batman TV show, in which he was played by no less than three famed actors: George Sanders (in the show's first season), Otto Preminger (in its second), and Eli Wallach (in its third). The TV show also assigned Freeze the civilian name "Dr. Schivel," which stuck around for a time. (Check out the show's Mr. Freeze in the Batman '66 comic.)

In Freeze's early days, his costumes were brightly colored and his schemes were usually motivated by greed, or revenge against the Caped Crusaders for contantly foiling his plans. In 1986, he swapped out what was typically a parka or spandex suit (featured in issues like Batman #308, which you can read here) for a more robotic and metallic look in 1986. 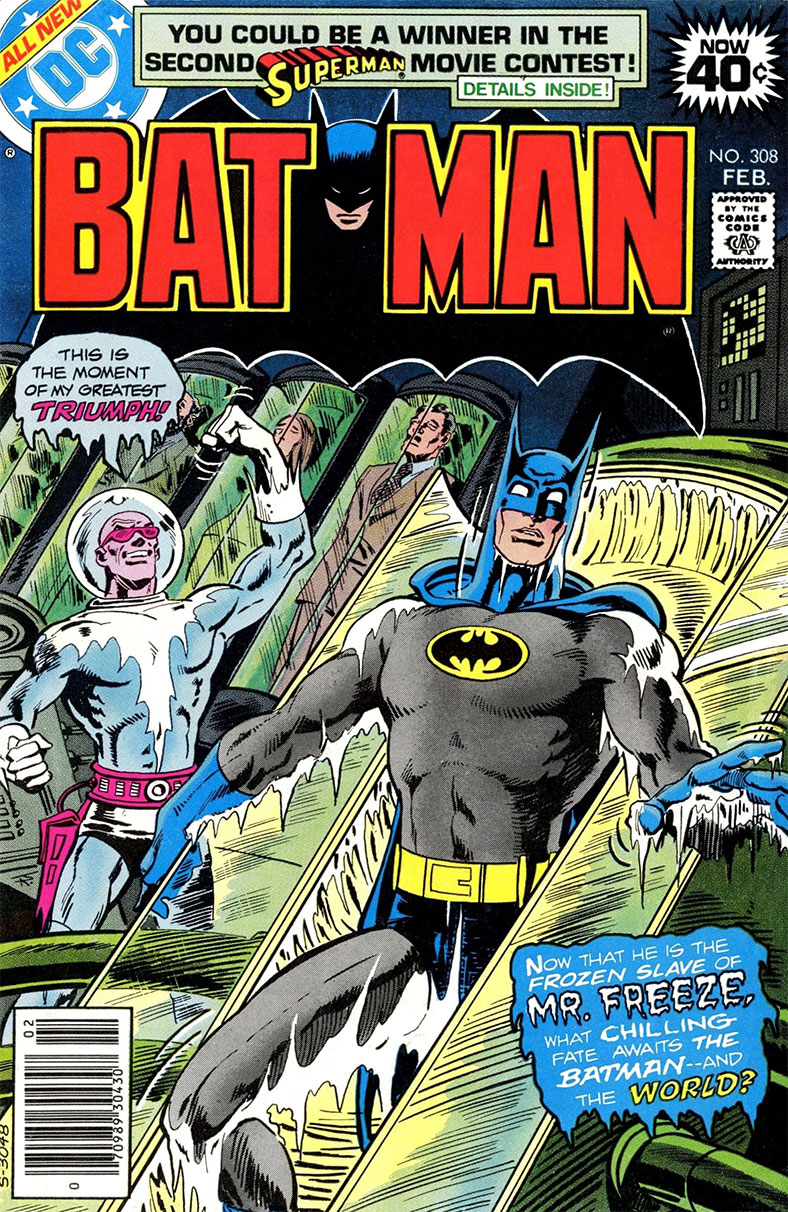 It wasn't until the early 1990s that Freeze was actually revamped into the character he is today. Writer Paul Dini overhauled his original Silver Age origin for Batman: The Animated Series, shifting the disparate pieces around to form Dr. Victor Fries (voiced by Michael Ansara), who debuted in the Emmy Award-winning first season episode "Heart of Ice" (watch "Heart of Ice" here). Victor was a cryogenicist married to a woman named Nora who, tragically, came down with a rare and terminal disease. Desperate to save the love of his life, Victor cryogenically froze Nora by developing an experimental "freeze ray" that would keep her body in suspended animation until a cure could be developed. Tragedy struck again when Victor's boss tampered with his machinery, resulting in an explosion which both killed Nora and doused Victor in his own chemicals.

The disaster resulted in Victor's physical and mental transformation from lovelorn scientist to deeply damaged villain. The chemicals lowered his body temperature so dramatically that he was forced to develop a cryogenic suit to keep himself alive. More importantly, the loss of Nora sent him into a delusional rage, in which he swore revenge upon anyone even remotely responsible for her death. Freeze became a perpetual thorn in Batman's side, and a threat to Gotham for decades to come, featuring the second animated Batman movie, 1997's Batman & Mr. Freeze: SubZero. This version of the character also carried into 1997's live action Batman & Robin film, in which he was played by Arnold Schwarzenegger, who famously dropped a truly chilling amount of ice puns throughout his performance. (Watch Batman & Robin here.)

That same year, the comics officially adopted Victor's animated origin into DC continuity, in much the same way that fan favorites like Harley Quinn made the jump from screen to print -- in the Batman: Mr. Freeze one-shot written by Paul Dini and penciled by Mark Buckingham. 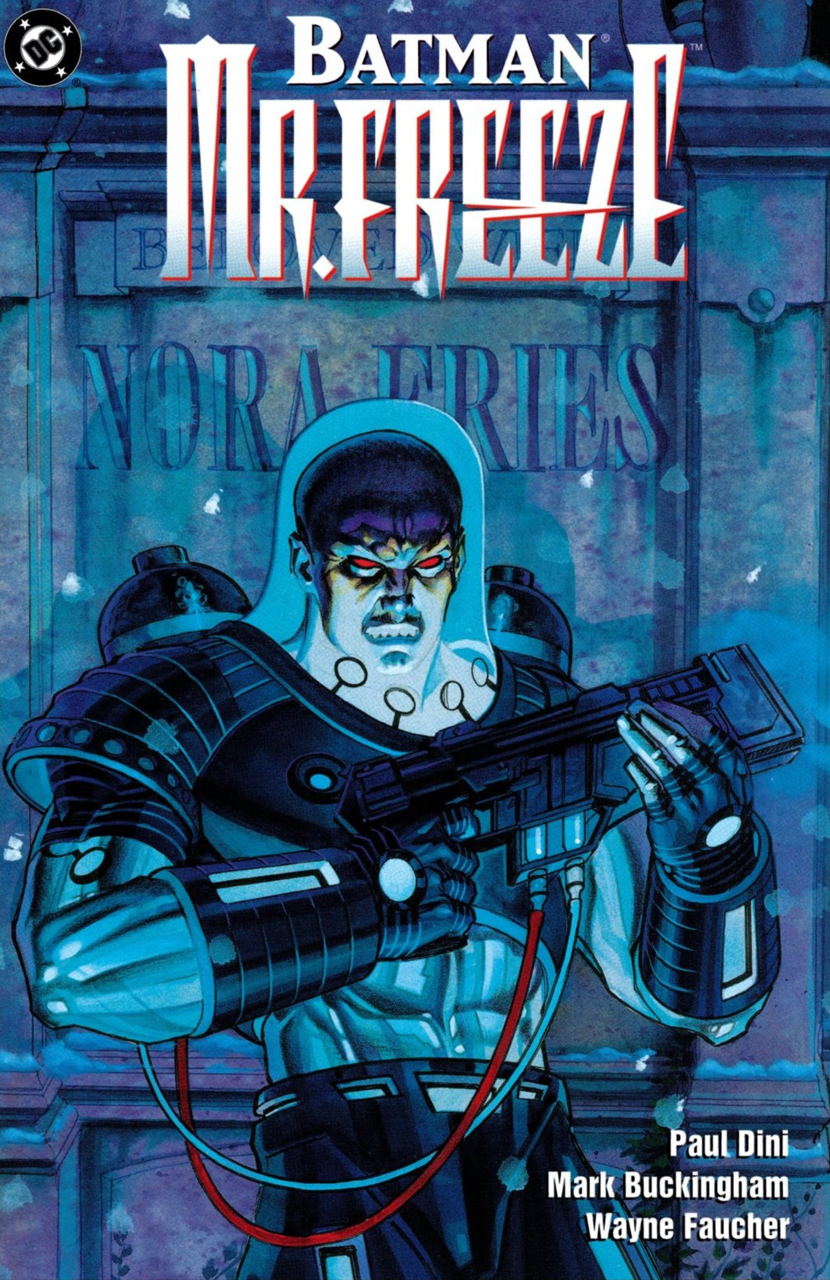 The new comics incarnation of Freeze typically worked on his own, rather than with henchmen. The loss of his wife was never far from his mind, and his stories emphasized the tragedy behind his schemes. Yet despite Nora's death, Victor never fully stopped trying to discover "solutions" for his wife's condition, even going as far as to attempt to use Ra's al Ghul's Lazarus Pit chemicals to revive her corpse. Unsurprisingly, this action only came back to haunt him all the more. 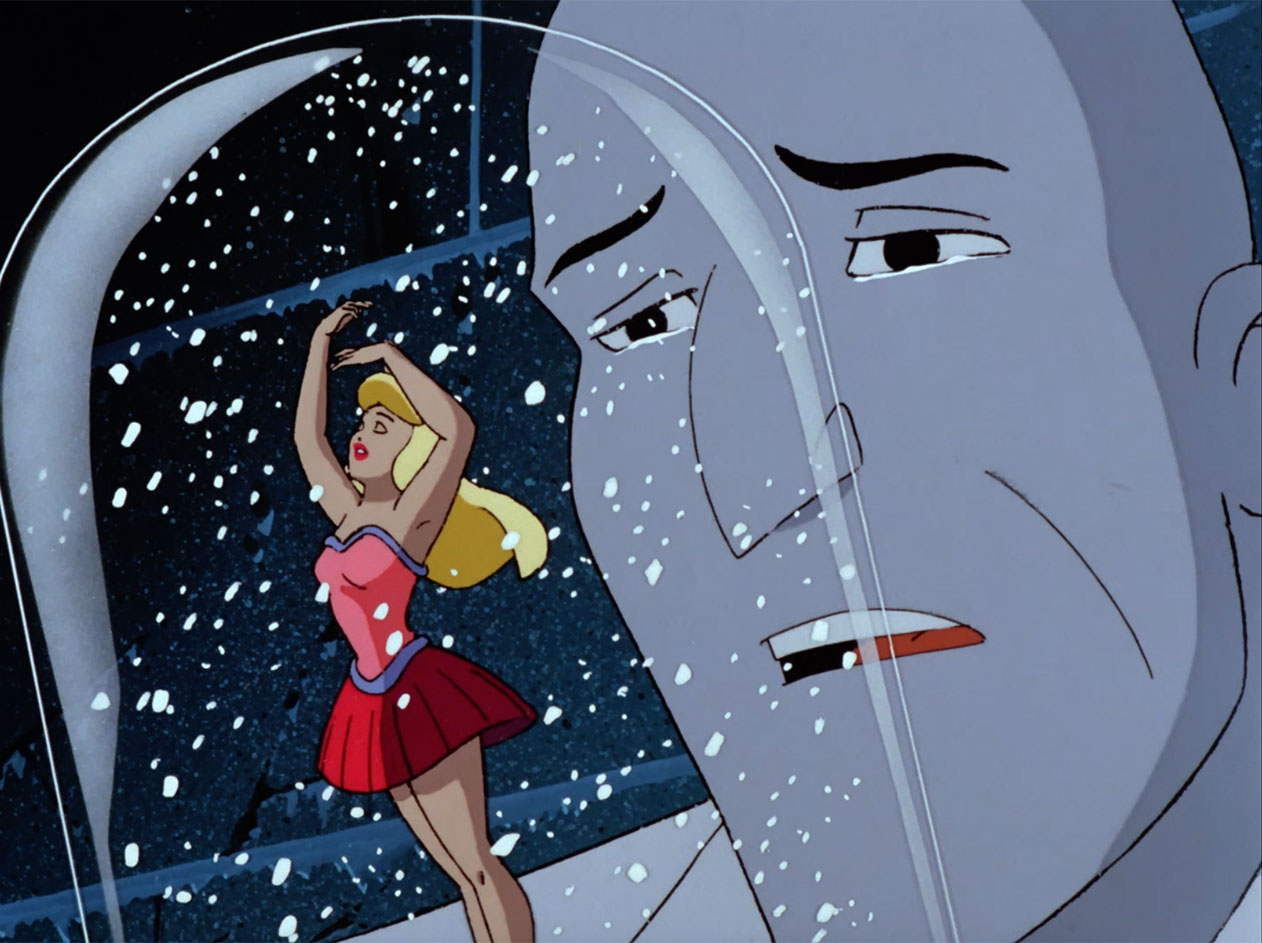 Later, following 2011's Flashpoint event, in which DC continuity was reimagined, Victor's relationship with Nora took an even darker turn. In his newly updated origin, Victor had never actually known Nora at all, but rather discovered her cryogenically frozen body as part of his research. She had been frozen in the early 1940s, in an effort to preserve her life until a cure for her rare disease could be found. Victor developed an all-consuming obsession with her, "falling in love" with her inanimate body and stealing it from the Wayne Tech lab in which it was housed. (Read the New 52's Mr. Freeze introduction here.)

From that point on, Victor's story took many of the same turns, including the accident which restrained him to his specially designed cryo-suit. Though his dangerous obsession with Nora's preserved body exchanged his previous origin's haunted romance for a more bone-chilling vibe.

Regardless of the circumstances, however, Mr. Freeze has proven time and again that revenge is indeed a dish best served cold.

Are you a Mr. Freeze fan? Let us know in our Community!