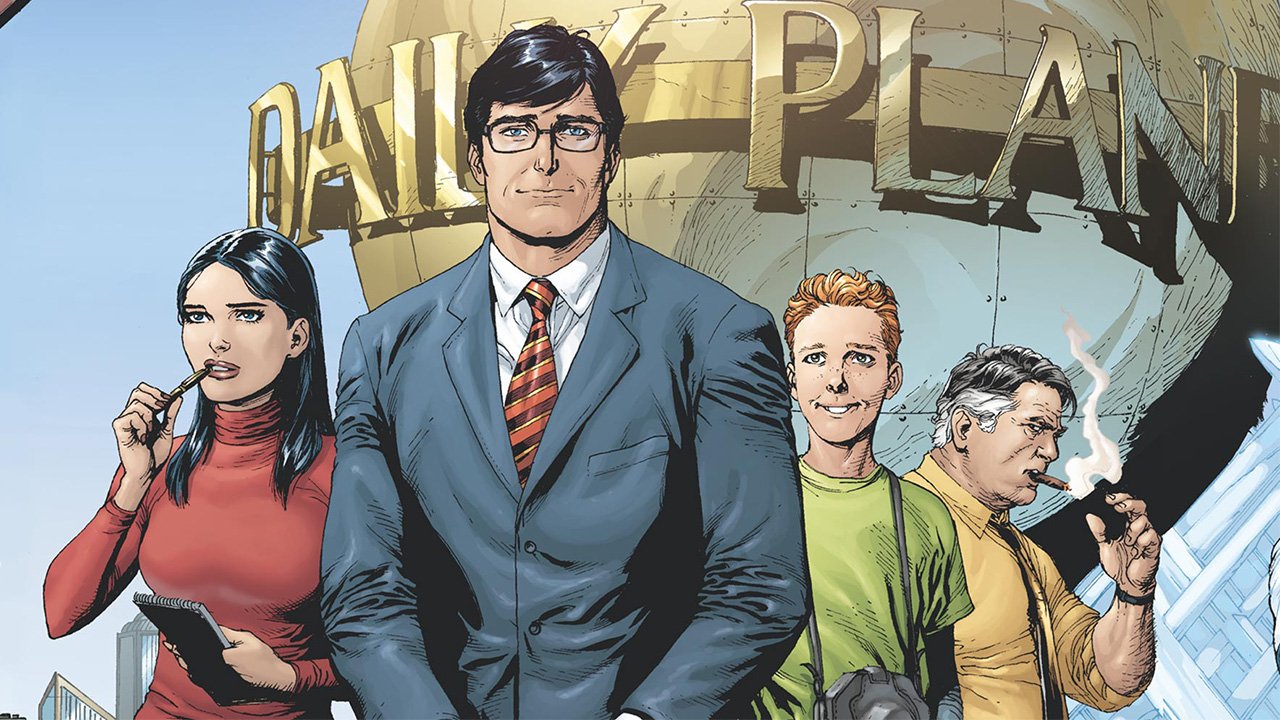 Ethics in Super Journalism: Is Clark Kent a Bad Reporter?

Clark Kent has been described as a mild-mannered reporter, but is he an ethical reporter?

Before we go any further, let’s be clear that we’re just examining Clark’s worth as a journalist, not as a person. Superman is one of the most inspiring beings to ever walk the Earth, and he’s positively impacted the lives of almost everyone he’s come in contact with. As Superman, not only has Clark Kent saved everyone on Earth countless times, but he’s also made sure the world is a better place. Is Clark Kent a good person? Absolutely. Is Clark Kent an ethical journalist? That question is a bit more loaded. 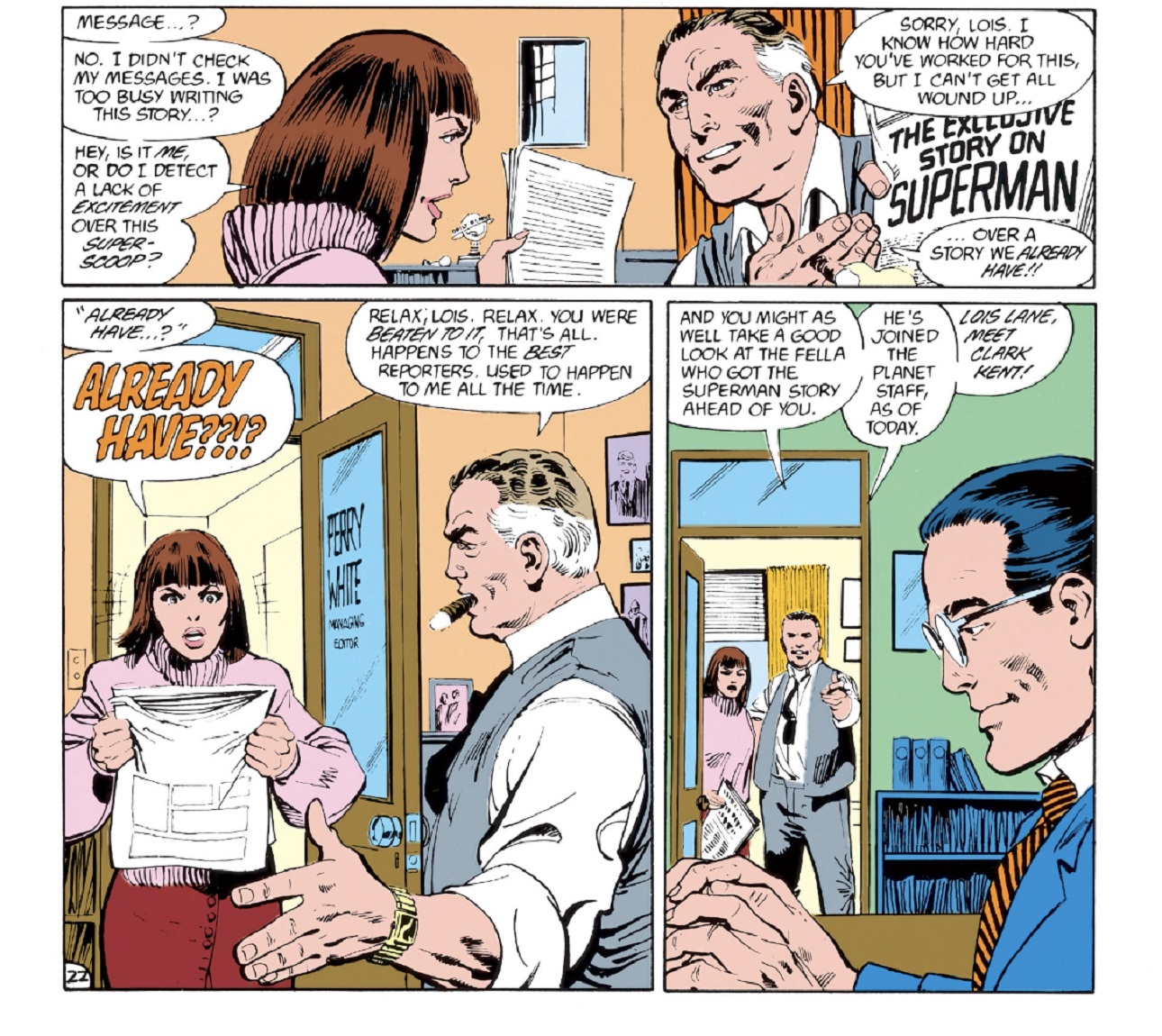 Let’s consider Clark’s actions in The Man of Steel #2. This classic limited series reimagined Superman’s origin for a new generation, and put a new spin on Lois and Clark’s workplace rivalry. Lois spends the entire issue trying to get an exclusive interview with Superman, and she’s overjoyed when the Man of Steel finally talks to her. Lois’s excitement turns to anger when she learns that another journalist has beaten her to the exclusive – Clark Kent, the Daily Planet’s newest hire.

On the surface this might seem like a fun example of Clark Kent one-upping Lois Lane, but the implications are hard to ignore. This means that Clark Kent got his job at the Daily Planet by faking an interview with himself. This breaks so many journalism ethical rules that we’re not even sure where to begin.

Journalism ethics are guided by 5 rules: honesty, objectivity, fairness, diligence, and accountability. Clark’s status as Superman puts him in a few grey areas, especially when it comes to objectivity. Every story that Clark writes about Superman is tainted by conflicts of interests, and that extends to when he reports on the Man of Steel’s enemies. How can Clark Kent write an objective story about Lex Luthor, when the malicious mogul has tried to kill him so many times? Any editor worth their salt would remove Kent from an assignment like that due to conflicts of interests.

During a rare case where a conflict of interest is unavoidable (example: a newspaper reporting on an investigation into their parent company), journalism ethic rules state that said conflict must be noted in the story. This puts Jimmy Olsen and Lois Lane in the clear, since they’ve always been open about their close relationship with Superman. It’s still worth noting that Perry White should probably pick other reporters to cover the Superman beat, but saying “no” to Lois Lane isn’t exactly easy. Clark Kent’s omission of the truth puts the Daily Planet in a difficult position, and comprises their journalistic integrity. Imagine the disgrace Perry White would face if Clark’s identity was ever exposed. 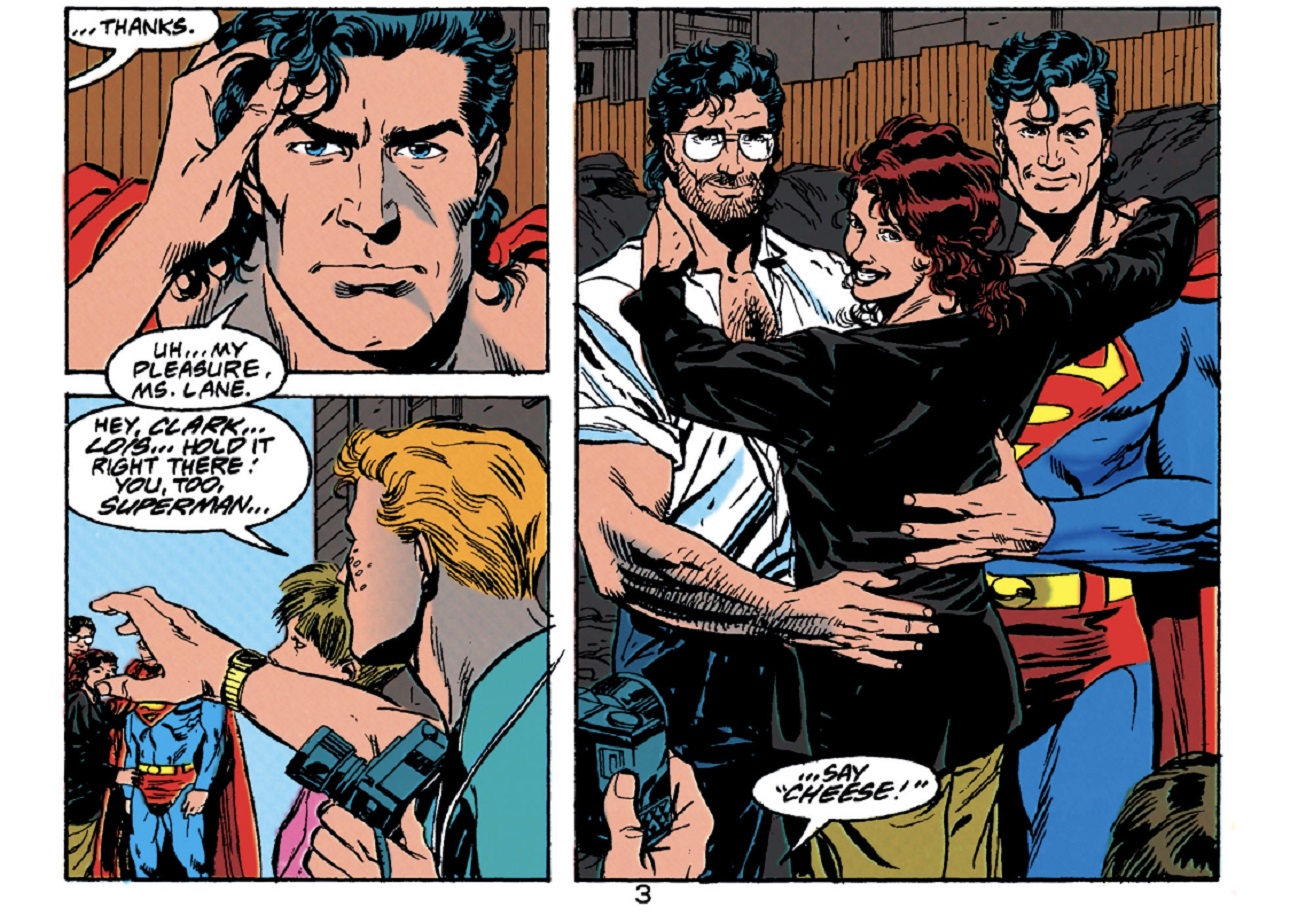 It gets worse when you consider the times Clark Kent has knowingly faked stories, making the Daily Planet an unknowing publisher of fake news. In Action Comics #692 Superman had Matrix shapeshift into Clark Kent so the Man of Steel could stage a fraudulent rescue of the missing reporter. Journalists were on the scene, and photographs were taken. Clark Kent’s rescue made headlines, but the Man of Steel knew the story was false. It could be fairly argued that this was done to protect his secret identity, and maybe the ends justify the means. Either way, Clark knowingly engineered a scenario that encouraged the Daily Planet to publish fake news.

It’s not like Clark hasn’t tried to come clean. In the Superman: The Animated Series episode “The Main Man” Lois frustratingly asks Clark how he constantly is able to scoop her, and he replies by saying he uses his abilities as Superman to further his journalistic career. Lois doesn’t believe the confession and calls Clark a “sick man.” 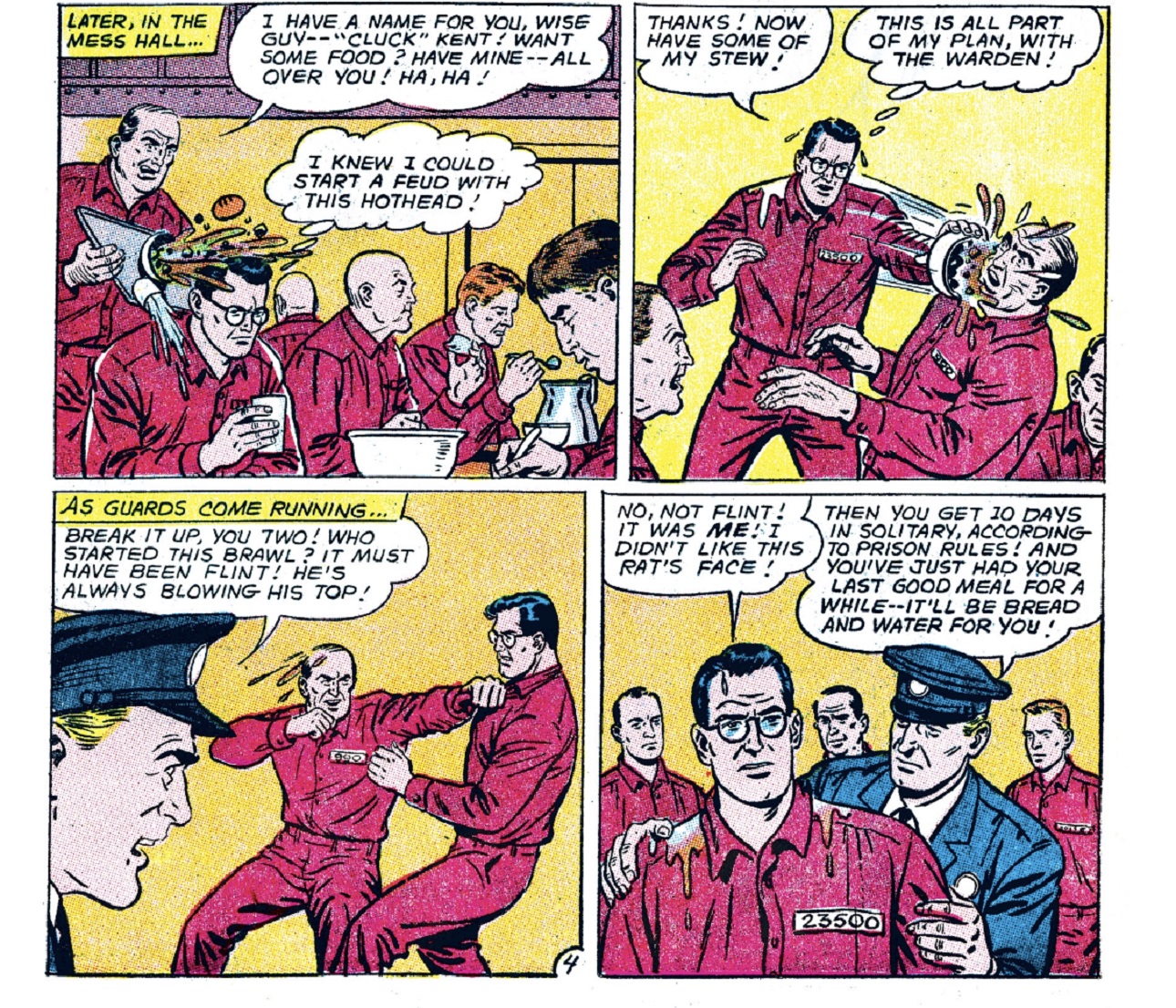 To be fair, we should also consider the lengths Clark Kent has gone to get a story. In Action Comics #323 Clark Kent allowed himself to be arrested and placed in a federal prison, all in pursuit of a story. He’s traveled to warzones, gone undercover as a retail worker, exposed social injustices, and has helped recover missing children. Even when he’s not wearing the Superman uniform, Clark Kent never stops trying to help others, and that could be seen everyday in his news stories.

It would be disingenuous to argue that Clark Kent’s intentions are bad. As a reporter he’s selflessly helped millions, and continues searching for truth every day. His own truth is just not part of the equation. His methods are questionable, but his results are hard to ignore. As Superman his heroic actions make the world a better place, and as Clark Kent his reporting also makes the world a better place – even if ethics have to be sacrificed.

In a way this makes Superman more interesting. Every day at his job he must walk a moral tightrope to justify the position he’s putting the Daily Planet in. The Man of Steel is a deep character, and he has a lot more going on in his head than we thought. Consider that the next time you enjoy a Superman story.

Do you think Clark Kent is an ethical reporter? Let us know in our Community!