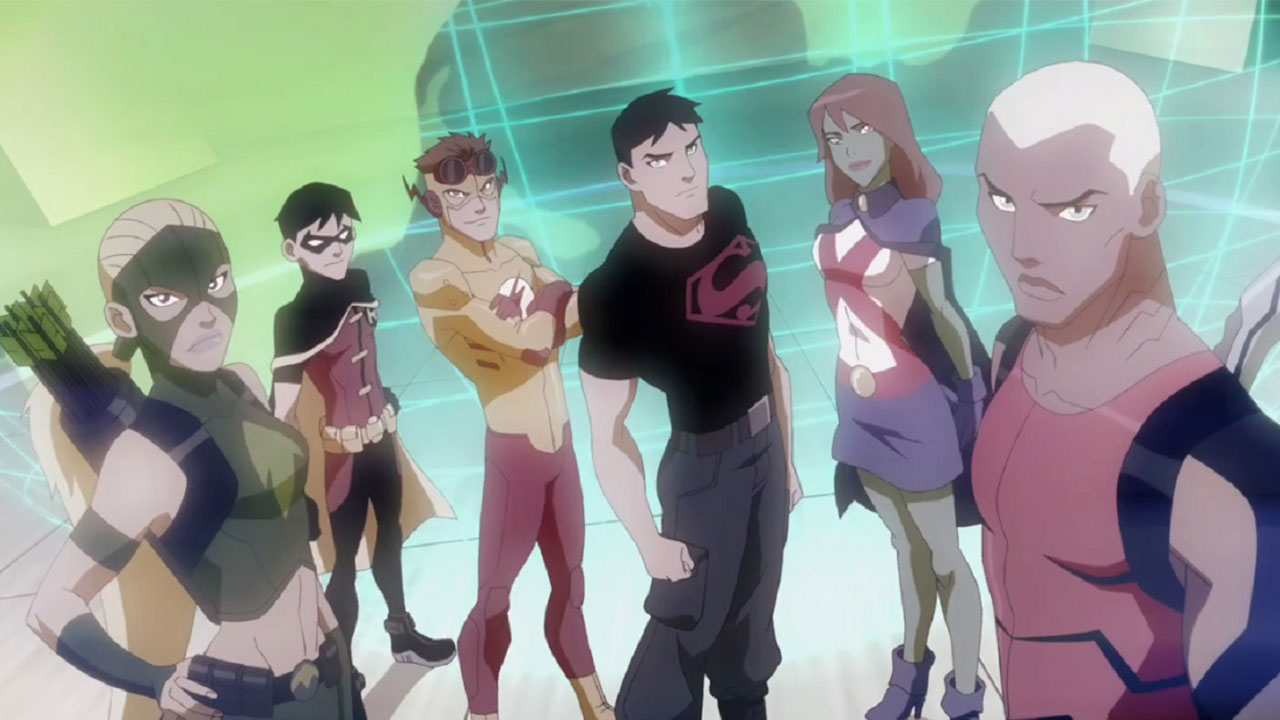 Easter Eggs You May Have Missed in YOUNG JUSTICE Season 1

With Young Justice: Outsiders premiering on January 4th, there’s never been a better time to binge-watch the first season! Whether it’s your first time watching or you’re doing a rewatch, the show packs so many comic book Easter eggs that you’ll always get something new out of your viewings. Let’s take a look at some of the great comic book homages the show gave fans to geek out about in season 1!

Parallels with the Teen Titans' Origins 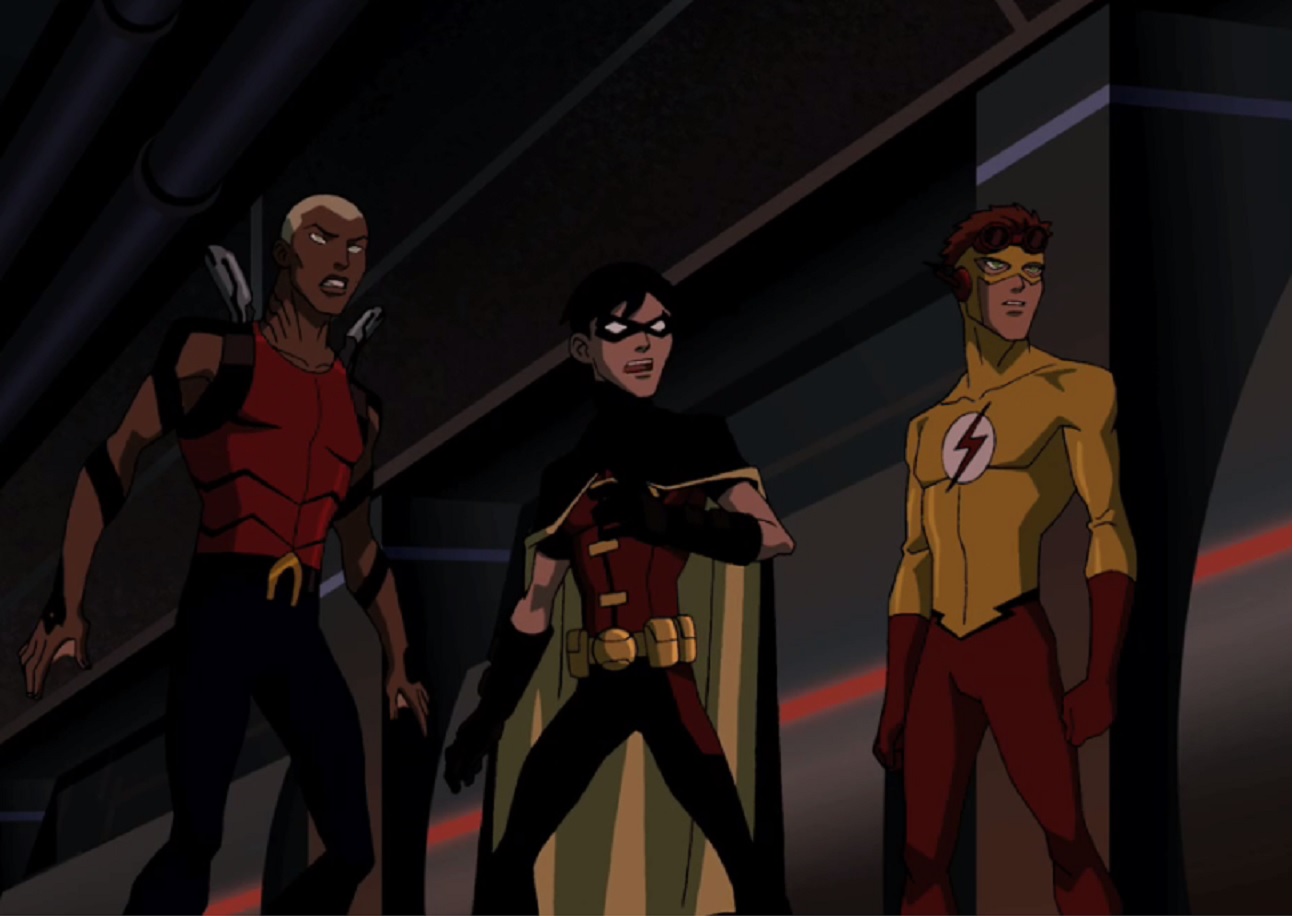 We see the beginnings of the team form in episode 1: "Independence Day", but did you notice anything about the characters used for that first Cadmus mission? Robin, Kid Flash, and Aqualad were also the three heroes who starred in Brave and the Bold #54 (written by Bob Haney and penciled by Bruno Premiani), which featured the first appearance of the Teen Titans. Since the Teen Titans is a spiritual ancestor to the Young Justice team, it makes sense for the show to homage their beginnings. In episode 3: "Welcome to Happy Harbor" the very first villain the teens go up against as a sanctioned team is Mr. Twister. Mr. Twister was also the very first villain the Teen Titans faced back in the aforementioned comic! 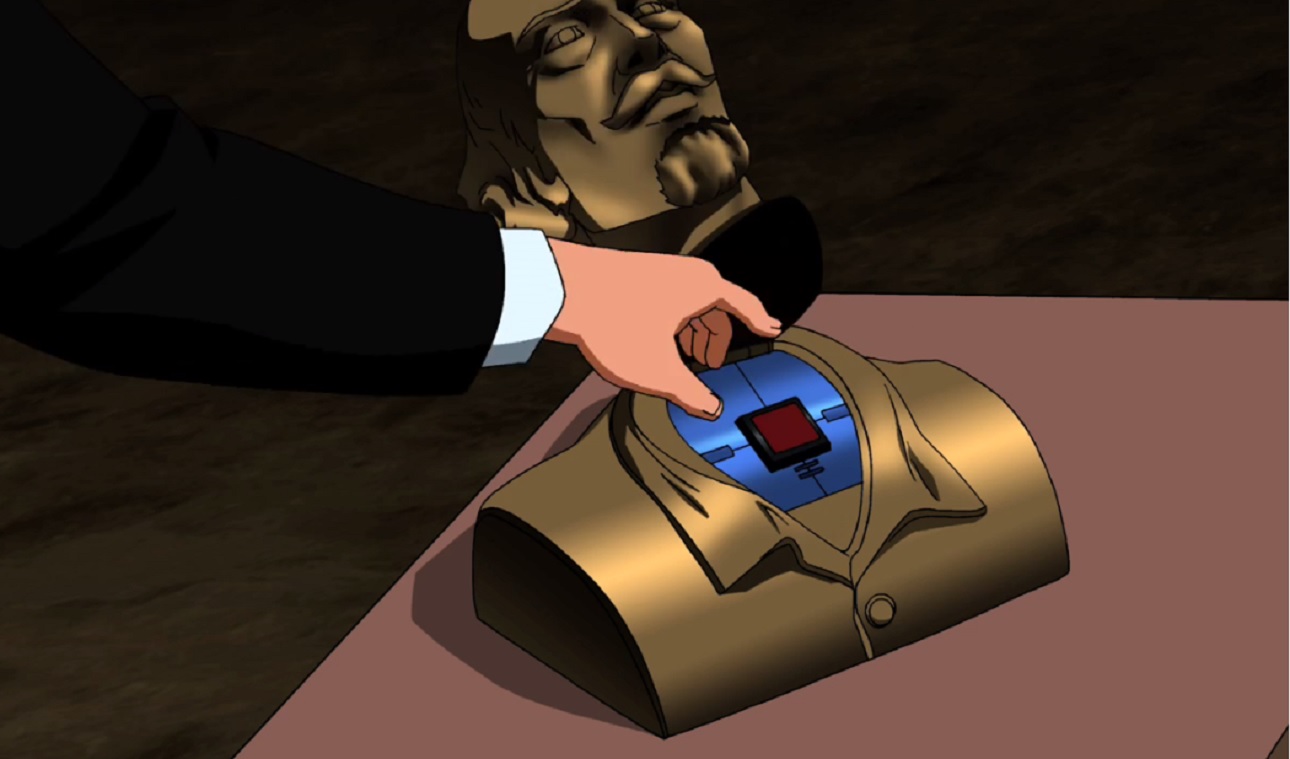 In episode 5: "Schooled", Bruce Wayne activates a button hidden in a William Shakespeare bust, which reveals a Batman suit hidden in his desk. This is a direct reference to the 1966 live-action Batman TV series starring Adam West. In the series, Batman would push a button on his Shakespeare bust to reveal a hidden entrance to the Batcave! As an added bonus, the work of William Shakespeare is repeatedly referenced in Young Justice producer Greg Weisman’s work. 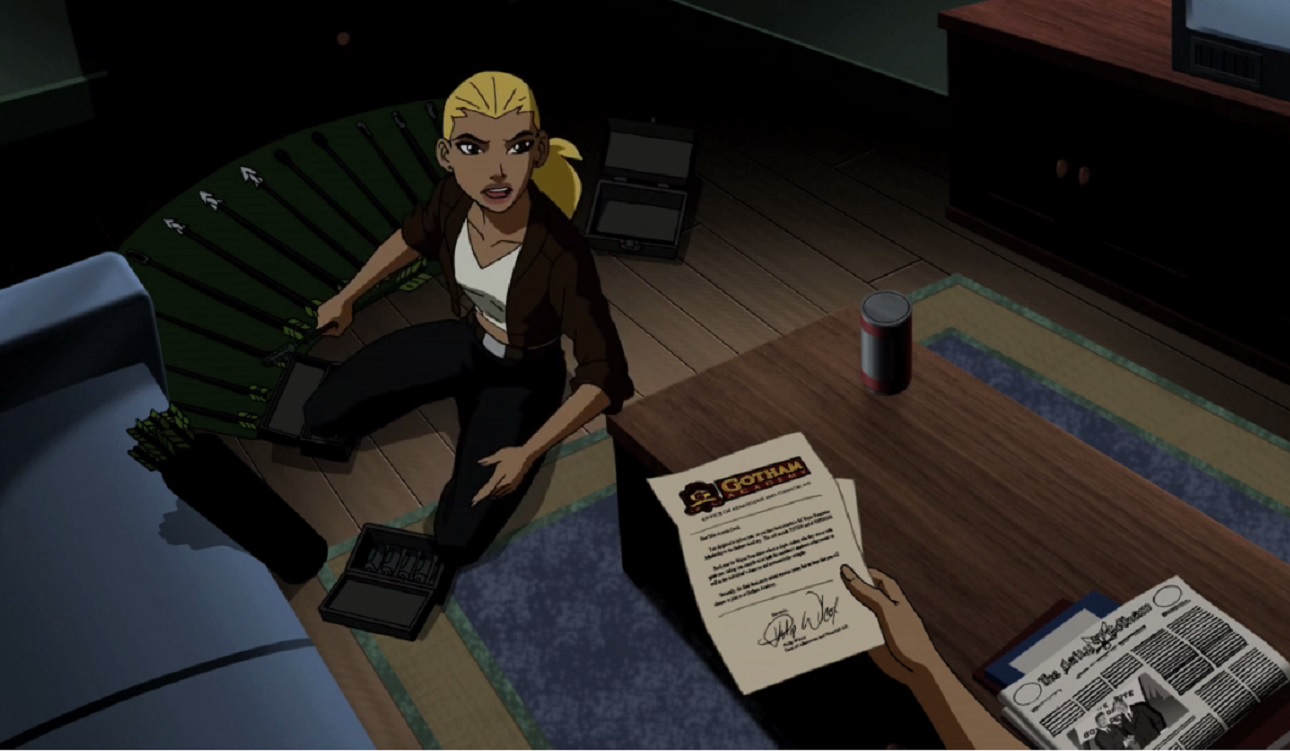 Look real closely at the newspaper found on Artemis’s coffee table in episode 8: "Downtime"; it’s actually a reused one from Batman: The Animated Series! The newspaper, featuring Bruce Wayne and a pre-Two Face Harvey Dent, was featured in the episode "Pretty Poison". This episode borrowed from another Batman animated feature, by reusing the Gotham City establishing shot from the animated movie Batman: Under The Red Hood! No wonder, since Young Justice producer Brandon Vietti was the director of that film. 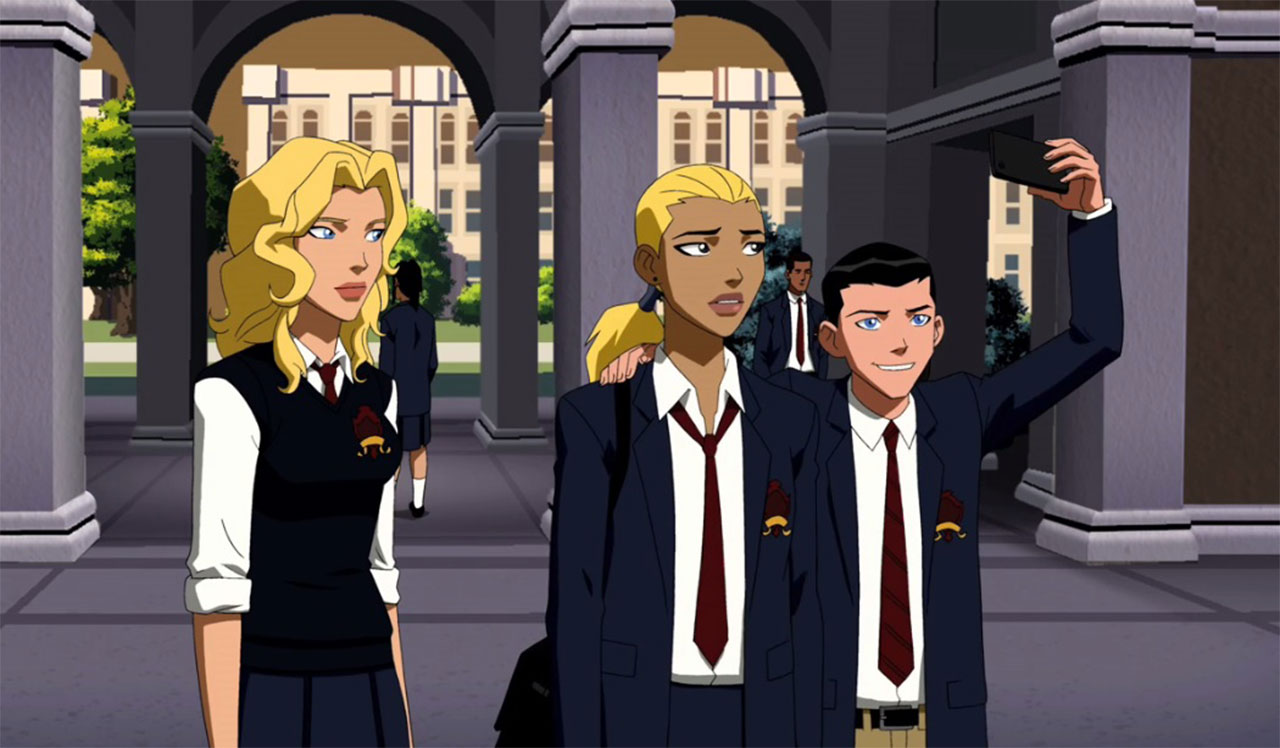 In episode 12: "Homefront", Artemis is given a tour of Gotham Academy by a student named Bette Kane. While Bette may seem like an unsuspecting teenager here, her comic-book counterpart was actually the original Silver Age "Bat-Girl", who first appeared in 1961’s Batman #139 (written by Bill Finger and penciled by Sheldon Moldoff). Bette isn’t the only Batgirl enrolled at Gotham Academy -- Barbara Gordon also appears in the scene, as she questions Dick Grayson’s behavior towards Artemis. 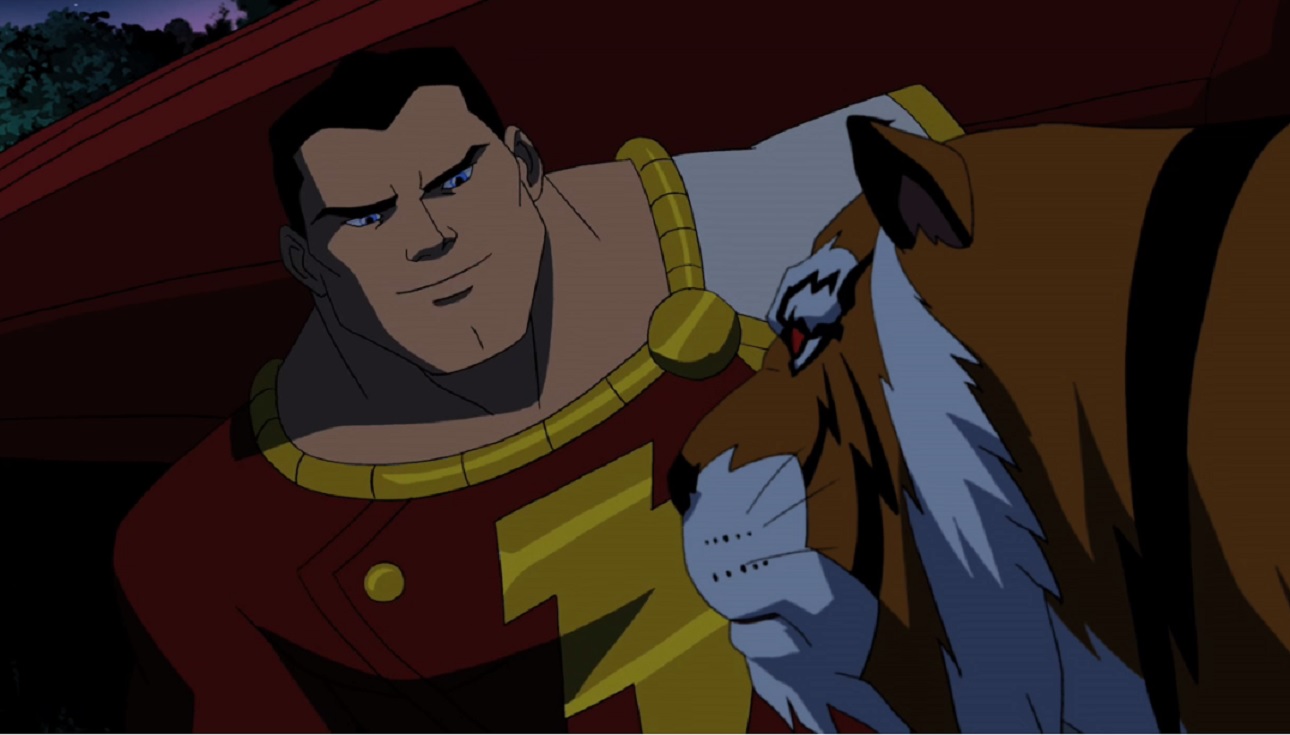 In episode 13: "Alpha Male", Captain Marvel takes a liking to a genetically altered tiger and names him “Mr. Tawny”. This is a reference to Tawky Tawny, an anthropomorphic tiger who befriended Billy Batson during the Golden Age of comics! Tawky Tawny’s appearance initially startled the citizens of New York City, but Captain Marvel helped him assimilate and even got him a job as a museum tour guide. It was the kind of wacky fun  you could only have in the Golden Age. 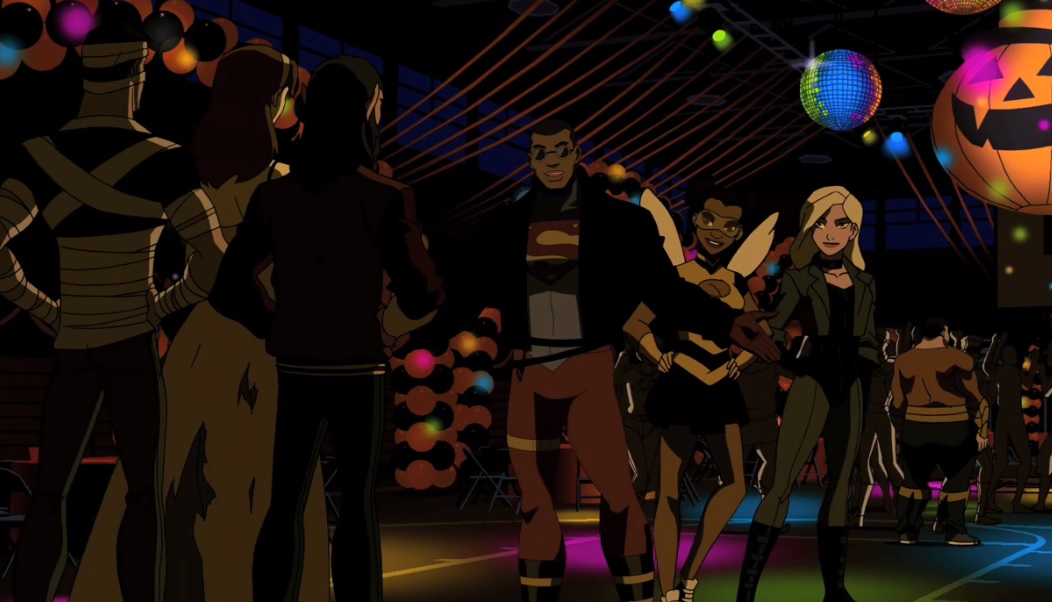 There was lots of fun to be had during the Halloween school dance in episode 18: "Secrets". The costume Mal Duncan wore is the same one that Conner Kent used in his comics debut back in Adventures of Superman #500. Two other students are dressed as The Flaming C, a comedic superhero created by Conan O’Brien and Bruce Timm. As a gag, the production team of Young Justice produced a few short clips in which the Flaming C was inserted into previous Young Justice episodes. 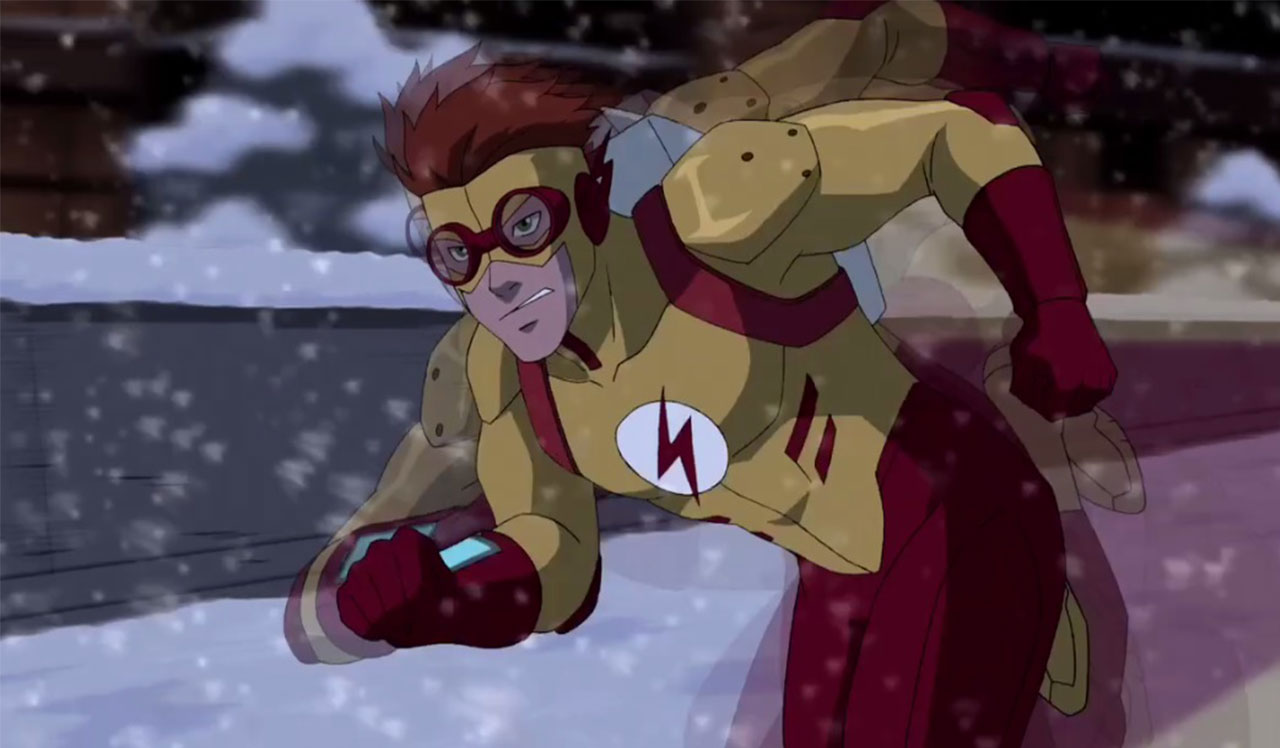 The plotline for episode 20: "Coldhearted" shares many similarities with 1987's The Flash #1 (written by Mike Baron and penciled by Jackson Guice). In both stories, it’s Wally’s birthday and his team has thrown him a surprise party. In both stories, the party is cut short when Wally learns he must deliver a heart to a transplant patient in Seattle. In both stories, Wally’s mission is interrupted by a fight with Vandal Savage. In the comic, Wally also learns he won the lottery, a fate his cartoon counterpart, unfortunately, didn’t share. 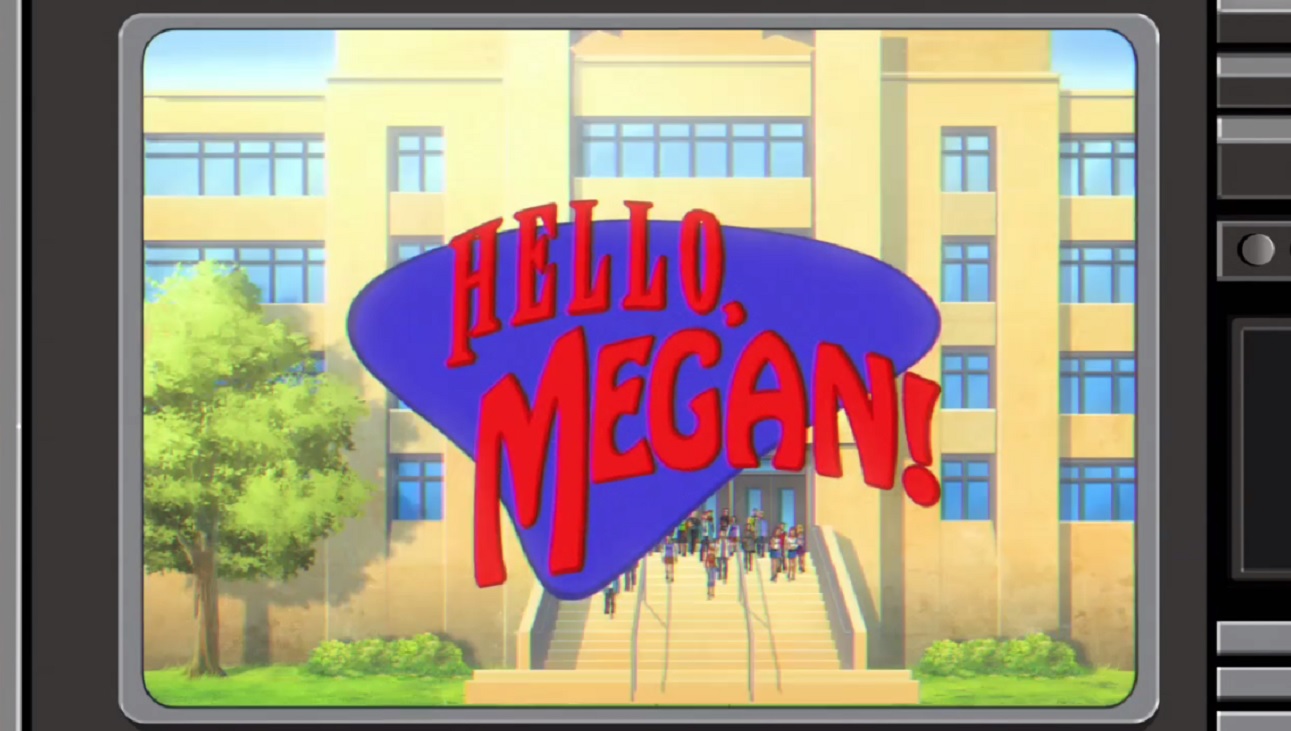 The opening credits for Hello, Megan! (found in episode 21: "Image") are a minefield of Easter eggs! Each actor is an established DC Comics character. You already know Marie Logan, mother to the future Beast Boy, but did you catch Rita Farr -- Gar’s other mother? Rita Farr is the Doom Patrol’s Elasti-Girl, and she later adopted Gar Logan, meaning that both of Beast Boy’s mothers were co-workers on the same show! Before joining the Doom Patrol in the comics, Rita Farr worked as a Hollywood actress, so the backstory is consistent. Paul Sloane was an actor who temporarily became the new Two-Face when a prop man switched fake acid for the real deal in a jealous rage. Jonathan Lord and Sandra Stanyon are former actors who were characters in the DC Comics series Silverblade.

This list is far from complete, but if we were to list all the Easter Eggs, you’d be reading all day! Young Justice is a show worth revisiting, with every rewatch revealing something you didn’t catch before.

What’s your favorite Easter Egg from season 1 of Young Justice? Let us know in our Community!