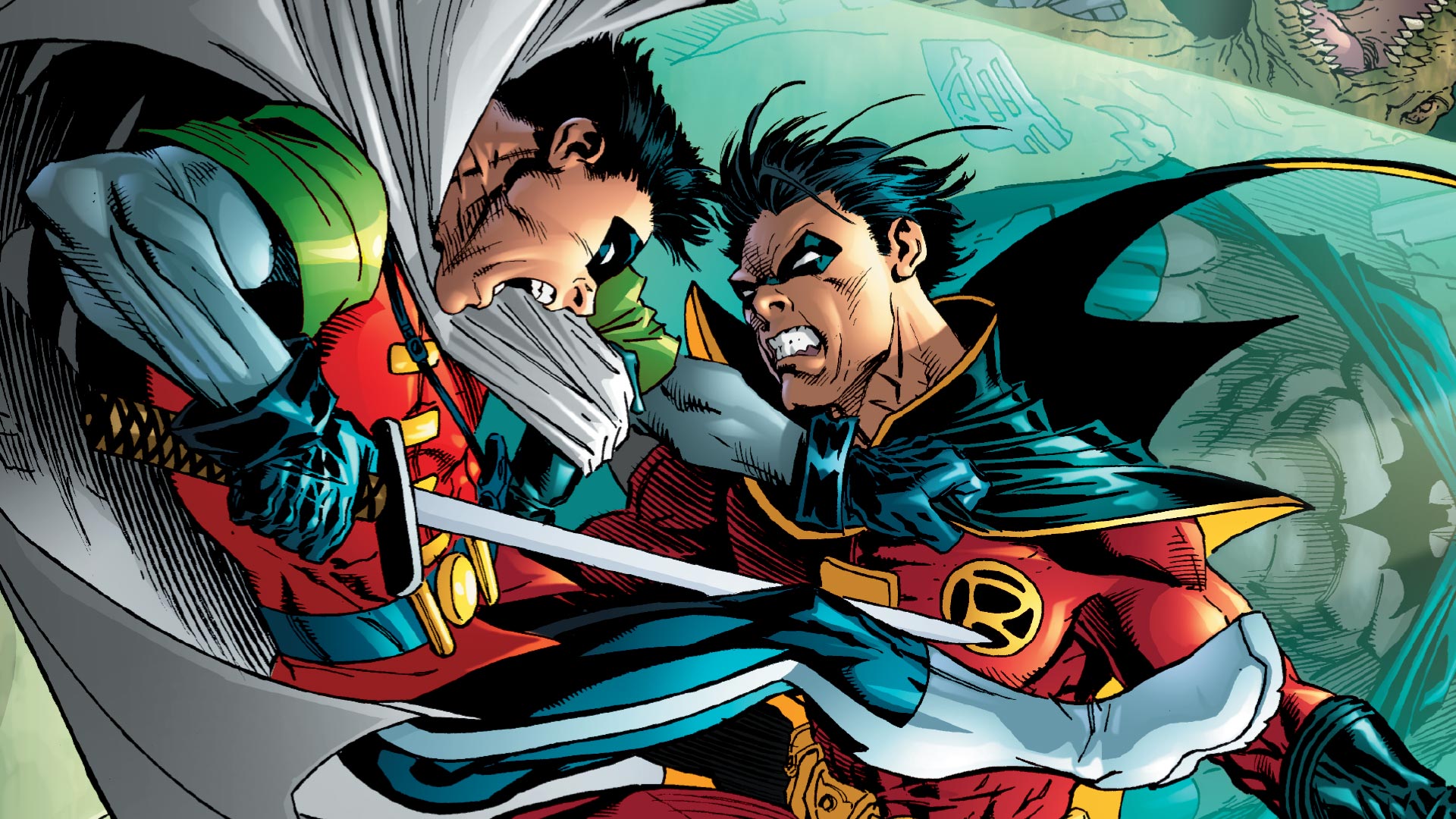 Even though few of them share any blood relation, the Bat family is one of the DC Universe's most famous family units. From the beginning with Dick Grayson and Alfred to today's sprawling tree of associates, the friendships, romances, and interactions among the various Bats and Birds all show how the heroes of Gotham have grown as people as well as crimefighters.

But all families fight, and the Bat family is no exception. From personality clashes to exploding tensions, the following are five(ish) examples of the times members of the Bat family broke out in fights. 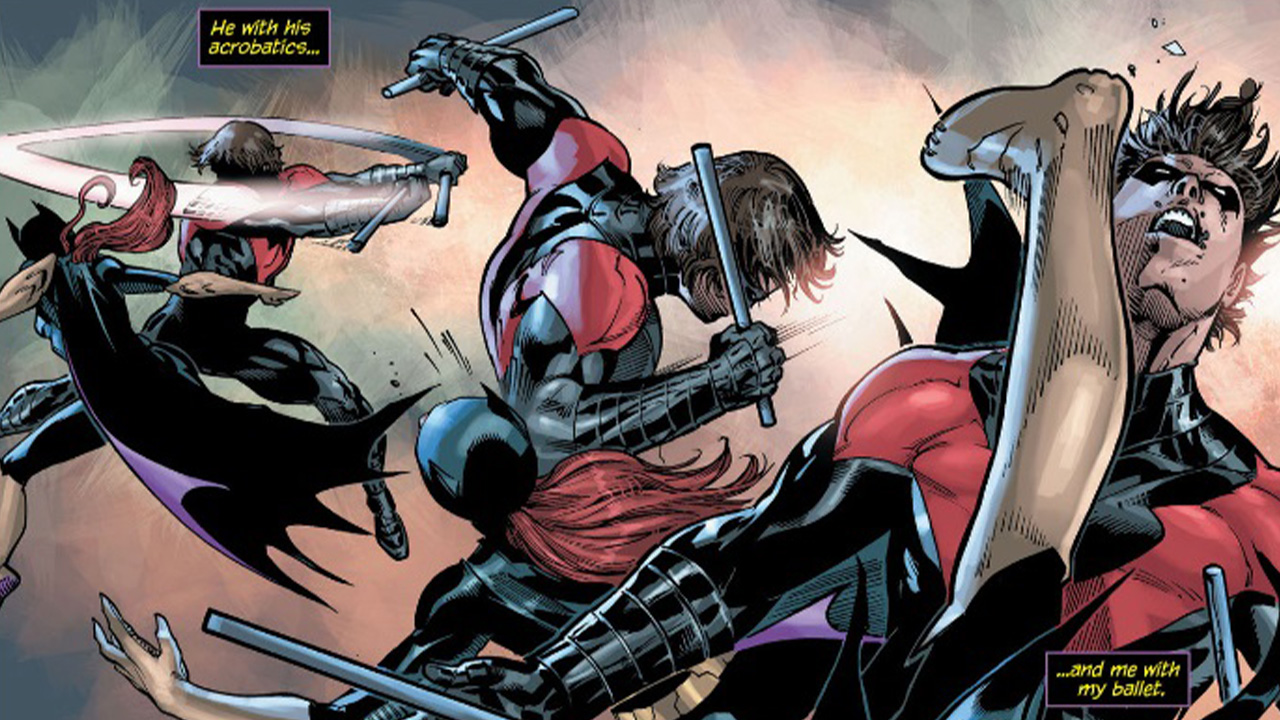 In Batgirl #3 (2011), the newly rejuvenated Babs Gordon is back in her guise as Batgirl and tracking a terrorist called the Mirror. When retrieving her Batcycle from the GCPD impound, Batgirl is surprised by Nightwing, who questions her attitude in pursuing a dangerous villain so soon after rehabilitation. Barbara – already hot-blooded when it comes to Dick Grayson – gives chase across the rooftops of Gotham. When Dick drops on her again, she kicks him in the face and the two engage in a brief but violent fight that ends with Nightwing calling timeout. He admits that he’s only worried about Barbara’s wellbeing. While Barbara can’t explain how she feels, she cuts Dick off a piece of her red hair as a reminder of the time she kicked him in the face. 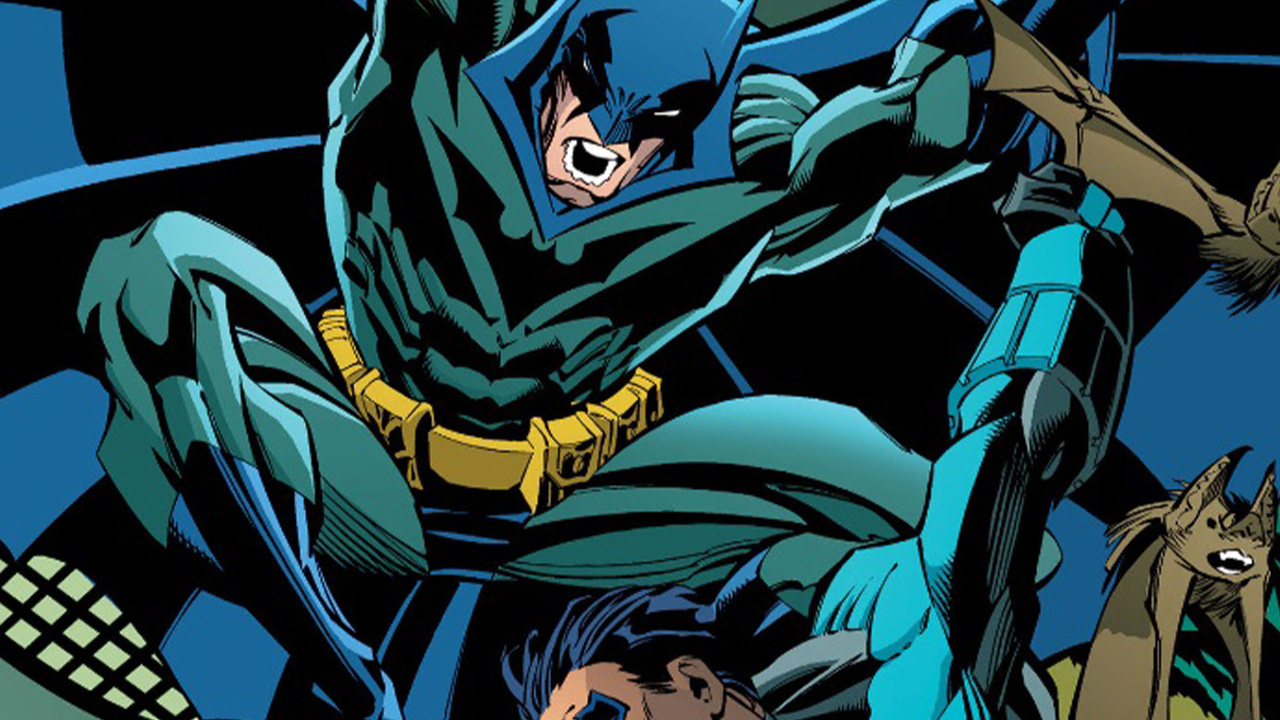 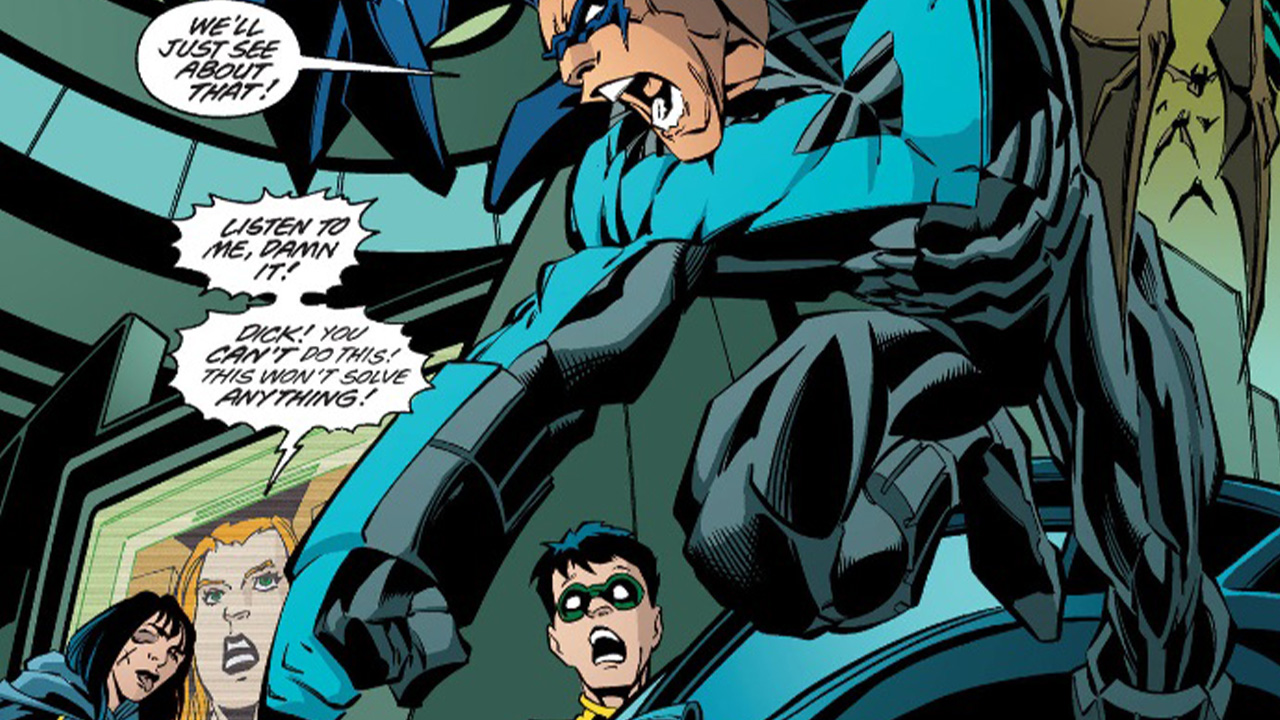 In "Bruce Wayne: Murderer," Bruce was arrested for the murder of Vesper Fairchild, a former girlfriend found shot in Wayne Manor. The Bat family came together to clear Bruce’s name while their mentor was locked up in Blackgate. Bruce, however, wasn’t planning on staying in prison for long, and escaped, intent on abandoning Gotham and the Bruce Wayne identity altogether. Intercepted by Nightwing, Robin, Oracle and Batgirl, Batman says to stay away from him for the foreseeable future. Enraged at his dismissive attitude, Nightwing attacks Batman, and the two duke it out across the cavernous platforms of the Batcave. When Dick accidentally breaks the Jason Todd memorial case, Bruce uses the distraction to disappear, leaving those closest to him questioning his innocence. The story continued in "Bruce Wayne: Fugitive." 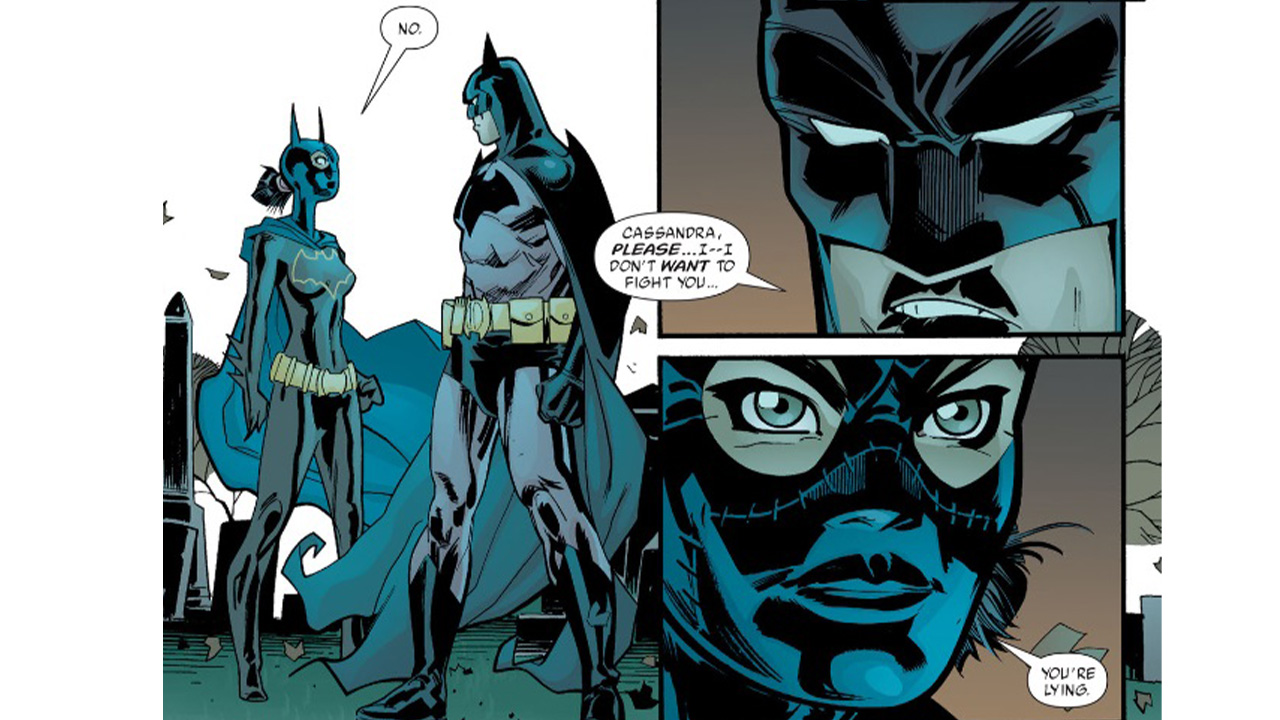 Cassandra Cain was often seen as the daughter Batman never had. But in the pages of her Batgirl title, Daddy’s Little Girl kept writing checks her cape couldn’t cash. After an overseas adventure battling Doctor Death and a secret date with Superboy, Batman noticed a pattern of disobedience in Cassandra. When the Silent Knight disobeyed him a final time by getting involved in a kidnapping case, Batman fired her. Heartbroken, Cassandra stole Oracle’s old Batgirl costume and stitched together a new suit, while Doctor Death had made his way to Gotham distributing a new drug called “Soul” that sent people into violent rages. When Batman intervened in Batgirl’s pursuit, the two began fighting, which worsened when Doctor Death sprayed them with an improved version of Soul. Robin, Nightwing, and Oracle chased the Bats across Gotham City, desperately trying to contain the spread of the drug and stop their friends before one of them killed the other. After falling into the Gotham River and coming to their senses, Batman asked Cassandra where her loyalties lay: with him, her father, or Oracle. Cassandra pointed to the Bat symbol emblazoned on his chest, redeeming Bruce’s faith in her. 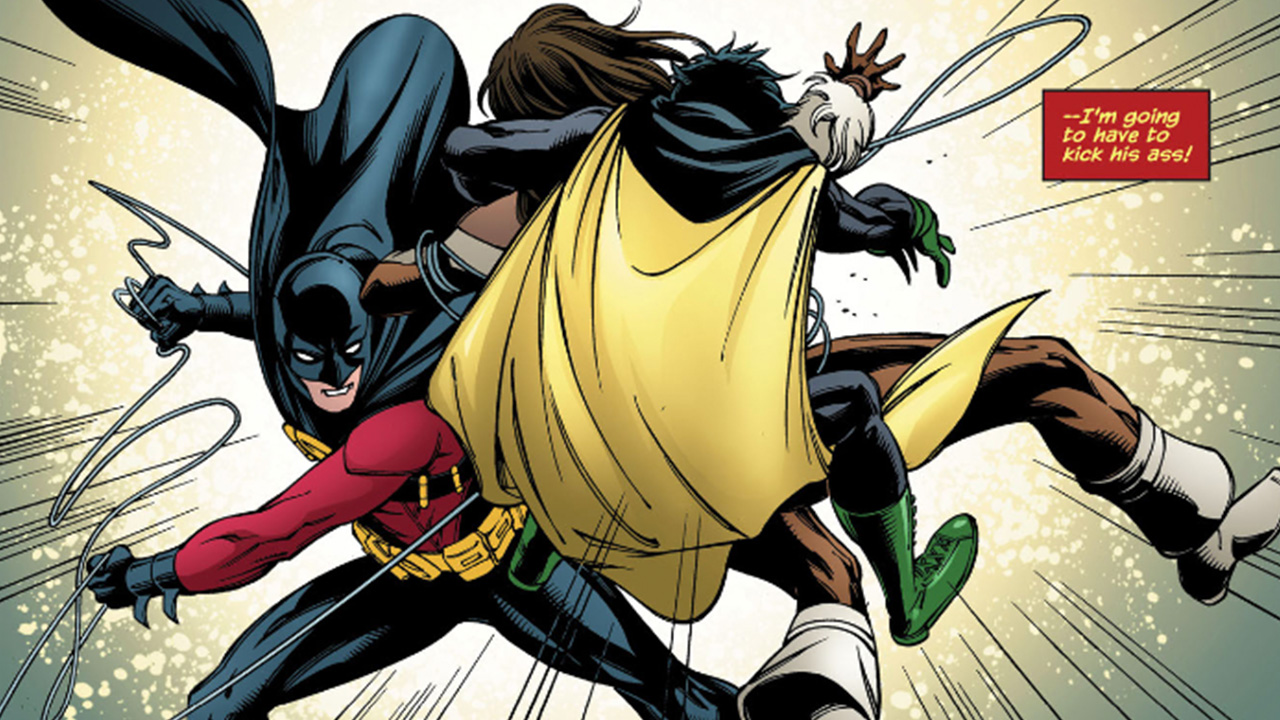 Tim Drake and Damian Wayne never got along much. From the beginning, the son of Batman and Talia was jealous of his father’s adopted partner and tried to kill him. Tensions worsened during Batman’s presumed death, and the final blow was when Dick Grayson made Damian his partner instead of Tim when he took on the mantle of the bat. Tim became Red Robin and went off in search of Bruce, believing he was still alive. After returning to Gotham, he agreed to work with Dick and Damian, but kept his own list of potential threats secret from them. Damian hacked his list and was enraged to find his name listed. During the pursuit of an assassin, Damian instigated a public fight with Tim, raging from downtown Gotham to the low end of Crime Alley, where they were found by a disappointed Batman. Damian expressed his hurt at Tim’s lack of faith, and Tim agreed to trust Damian more. But the two would always have a friendly third party in Dick, whom they both referred to as their brother. 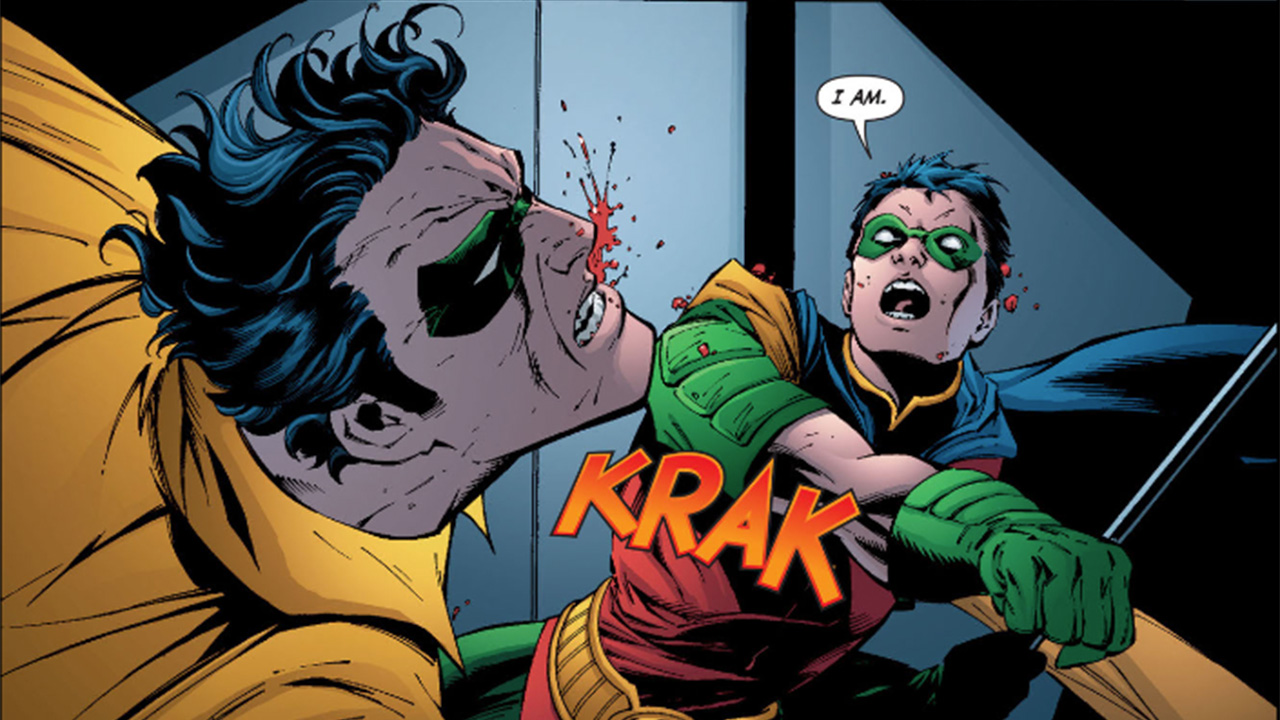 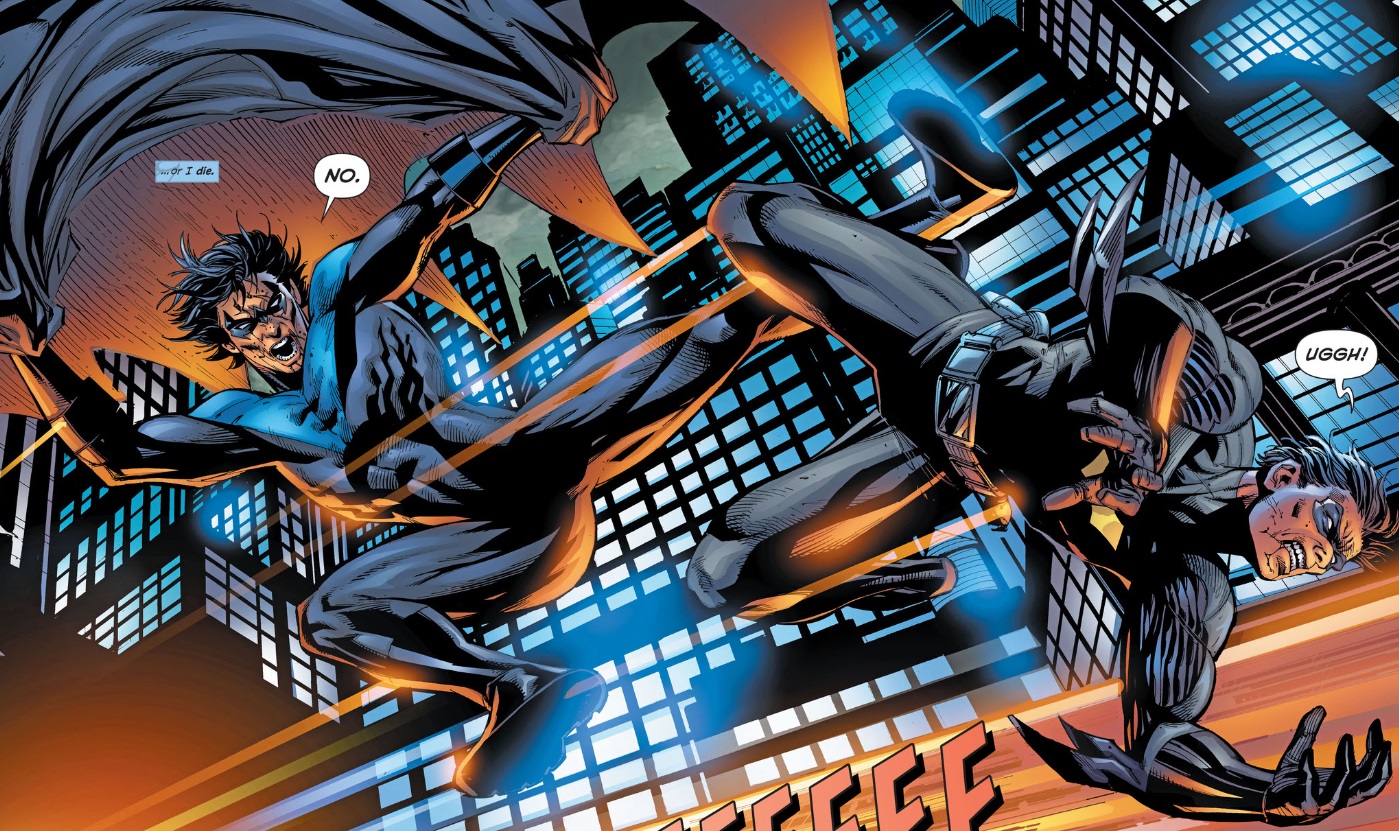 When Jason Todd returned to life, he swore vengeance against Batman and the Bat family. After attacking Batman, he set his sights on his replacement, Tim Drake. Showing up at Titans Tower, Jason demanded to know what made Tim the better Robin. Tim answered that he always lived in the shadow of his predecessor, which Jason violently disbelieved. Much later during the "Battle for the Cowl", Batman was missing and Gotham was torn apart by a gun-totting imposter wearing a Batsuit. Tim investigates and was nearly killed by the imposter: Jason Todd. Nightwing tracked down Jason and the two battled over the soul of Gotham and the right to become Batman. Despite Jason’s ruthless efforts, Nightwing bested him in combat and offered him rehabilitation. Jason rejected the offer, leaving Nightwing the only worthy person to replace Bruce Wayne as Batman.

Thanks to Stella of the "Batgirl to Oracle Podcast" for inspiring this article! Are there any Bat-Squabbles you love? Let us know in our Community!