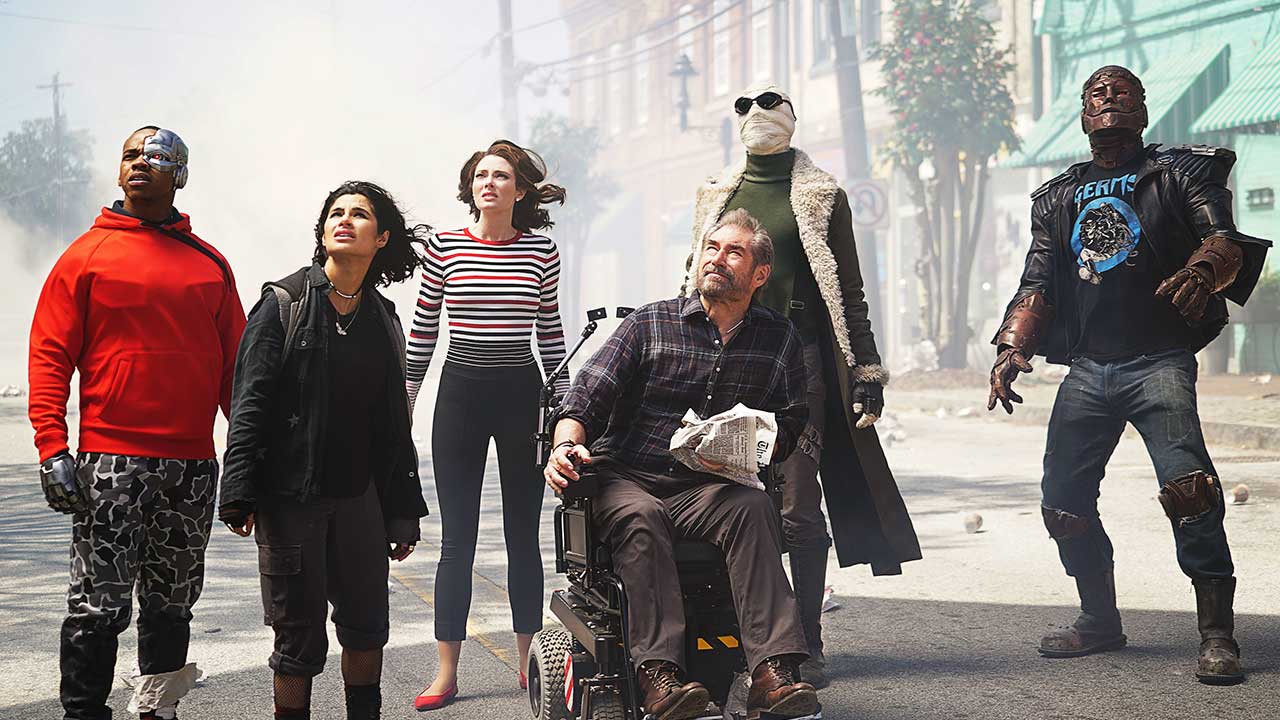 After 14 episodes, a musical number, a dinosaur-headed super villain, Nazi puppets, and a whole bunch of deep cut DC comic book characters, Doom Patrol 's first season has reached its climax. And after the fallout of Niles' devastating revelation that he was to blame for the accidents that created his heroic team, there's everything to lose as the finale arrives. Here are the five most fascinating things we learned from "Ezekiel Patrol"...

Rita and Larry Have Moved On

When the episode begins it's revealed that it's been six months since the events of the White Space where Niles' secret was unleashed. Larry and Rita have moved out and are living in an idyllic suburb where the former is finally harnessing the powers of the Negative Spirit and the latter is teaching high school drama.Though at first it seems like Rita is thriving in her new profession, it's actually Larry who's found a freedom outside of Doom Manor, managing to craft a relationship with the Negative Spirit that allows them to exist separately for short periods of time. As much as Rita tries, she can't inspire the children she teaches who are happier to insult her than listen, and it's clear as she stands on stage in front of them that she wants something more than the life she's found.

The Doom Patrol Was a Bureau of Normalcy Project 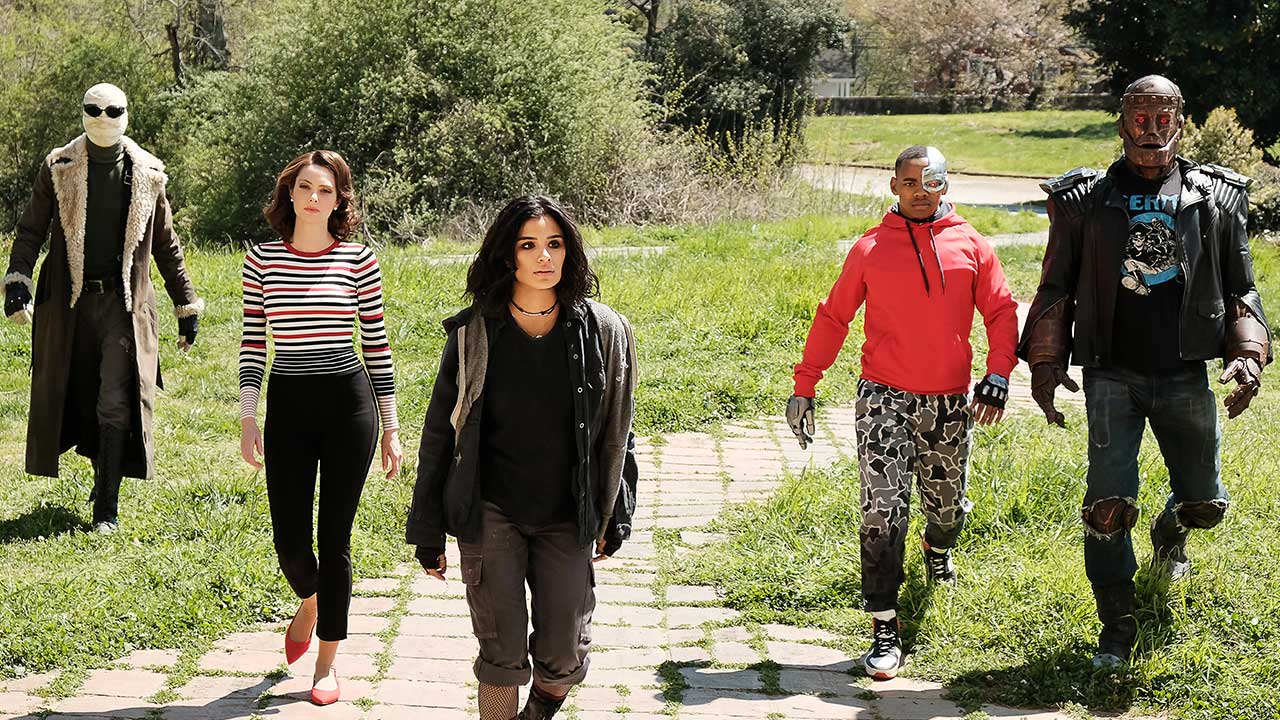 As we discovered last episode, Niles orchestrated the violent acts that created the Patrol members and completely ruined all of their lives. Here viewers get to see how and why the superteam were formed, and shockingly it was all in cahoots with the evil organization which has been terrorizing metahumans for a century plus. It's a probing look into the cruelty of Niles' mind and the disregard that he showed to the lives of those around him. Inside the Bureau he's shown planning for Larry's 'accident' and purposeful meeting with the Negative Spirit, as well as a mention of Rita Farr. It's when he sits in front of a bloody brain belonging to Cliff Steele that his disregard and its impact become truly clear. See, it was Niles who was so desperate to get the answers that he wanted that he killed a man and his family.

Vic is Back Home Being a Hero

After a long and tangled journey with his father it looks like Cyborg has found some semblance of balance, living back at home with the man who made him a robot. But the young hero is still completely overwhelmed with his fears and potentially false memories. Despite that, of course, he's still being the heroic young man that he was before he met the Doom Patrol, the one fans saw beating a mugger at the ATM. Here, though, he's focused on bigger fish, mentioning more serious crimes than the ones than he dealt with before. It seems like Vic might be making up for no longer being part of the team that meant so much to him.

Niles has a Secret Daughter and She Lives on Danny the Street! 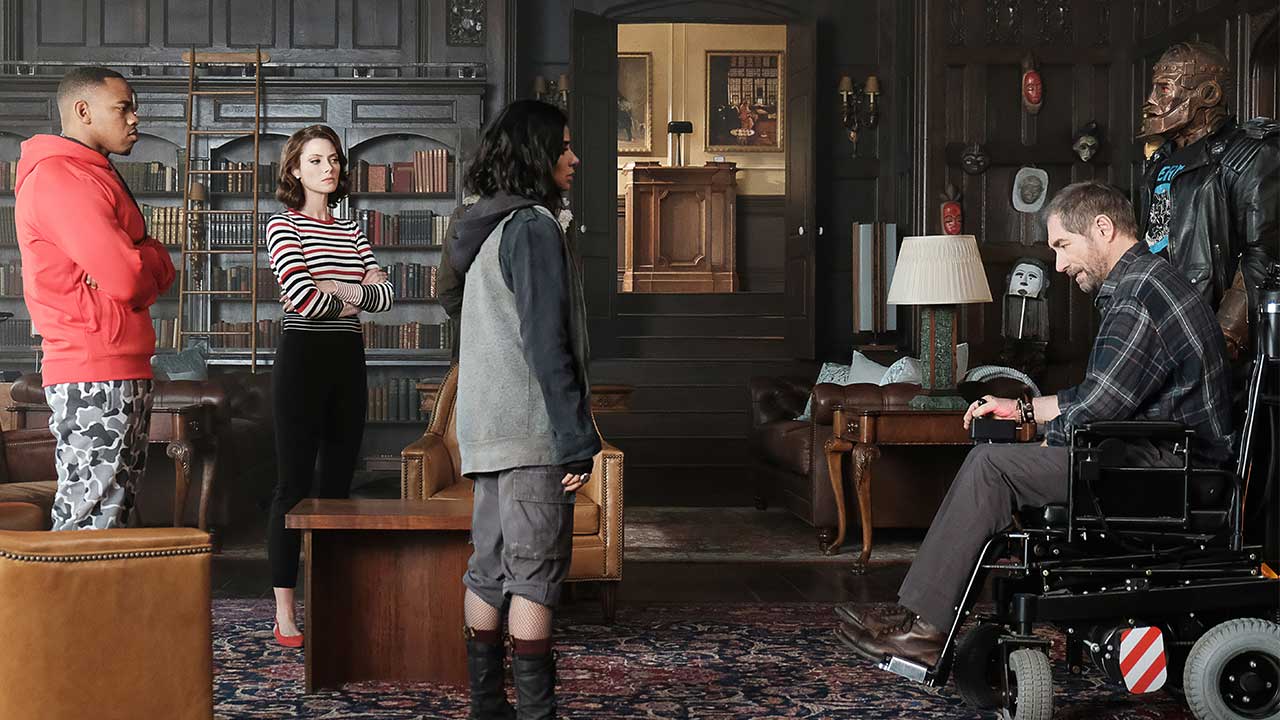 After half a year apart, Niles calls the Doom Patrol back to his sprawling mansion with a Chumbawamba song on loop. Once the team arrives, their erstwhile leader decided to share a secret in an attempt to bond with them and gain the sympathy of his old family. The story of Niles' daughter has been one kept close to the Chief's chest, but in a moment of desperation he explains that all he wanted to do was protect his daughter by "living one day longer than she does." In an attempt to save the young girl, the team reassembles and heads into the painting where Danny the Street and Niles' daughter are being held prisoner. It's not only a wild adventure but also a nice call back to the classic Doom Patrol arc that saw a painting eat the entirety of Paris!

Another Deep-Cut DC Character has arrived

As the group is being hunted by the prophetic cockroach Ezekiel--who featured in some earlier episodes--on the streets of Danny, there's something strange going on above ground as Mr. Nobody is trying desperately to distract everyone with a giant rat / giant cockroach makeout scene. In an attempt to get rid of the Doom Patrol once and for all Mr. Nobody teamed up with Ezekiel and Mr. Whiskers (the rat who was inside Cliff's head earlier this season) and things are looking bleak for the Patrol as they're all trapped inside the rampaging roach's stomach as he gets shrunk back to normal size. Of course, everything is actually fine as the Patrol cuts their way out of the roach's stomach, climbing out onto Danny the Brick. It's here that we finally meet the Chief's daughter. Dorothy Spinner was first introduced as a background character in Doom Patrol vol. 2, #14 but became a key member during Grant Morrison and Richard Case's arc from issue #25. Known as "the monkey-faced girl," she's incredibly powerful and has a facial deformity that makes her look like an ape. Although we didn't see her face here, it's another huge addition to the potential next iteration of the Doom Patrol that we may see in season two.

What do you think is next for the Doom Patrol? Let us know in our Community!