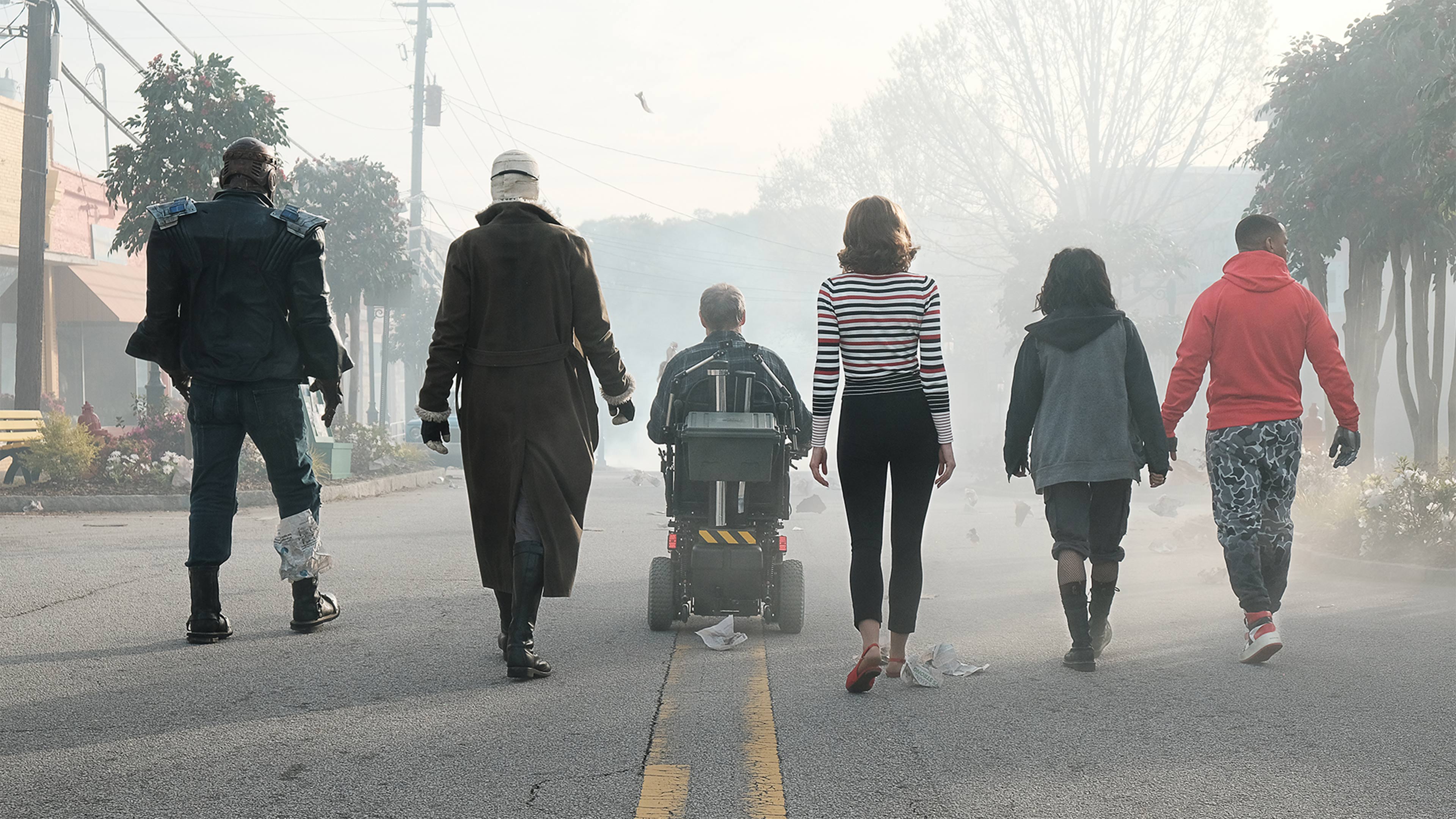 DOOM PATROL Season 1 Recap: Where Were We?

Let’s get freaky! The Doom Patrol are back, and they’re ready to explore new levels of weirdness. Last season saw a parade of sentient carnivore butts, a group of people simultaneously experiencing a “happy ending,” and a genderqueer sentient street – and they’re just getting started. The first three episodes of Doom Patrol Season 2 are available to watch now. DC Universe is the only place they can be watched in 4K, and we recommend you get started doing so ASAP. We know that 2020 has been a bit crazy, so even if you’ve binged Season 1 over and over, it’s possible you might need a quick refresher. Not to worry: even if you don’t have time to rewatch the first season, we’ve got your covered. Here are the cliffhangers and plot points to keep in mind before tuning into the Doom Patrol Season 2 premiere “Fun Size Patrol.”

For years Cliff Steele believe that his daughter Clara had died in the same car crash that took his wife and organic body. Robotman was surprised to find out that his daughter had survived, and devastated to realize she had grown up without him. During the episode “Frances Patrol,” Cliff traveled to Florida to meet Clara, but he couldn’t bring himself to reveal who he really was. Will Doom Patrol Season 2 finally give us the father-daughter reunion we’ve been waiting for?

EVERYONE IS KIND OF PISSED AT THE CHIEF

For years, everyone looked at Niles Caulder as a kindly scientist who took them in after the world rejected them for being freaks. That all changed in the season 1 finale “Ezekiel Patrol” when the group learned that Niles was the one responsible for making them freaks in the first place. The Chief arranged Cliff’s car crash, Rita’s movie set mishap, Jane’s experiments, and Larry’s Negative Spirit encounter. As you can imagine, this changed the group dynamic in a way that couldn’t be ignored. Although the team agreed to help the Chief save Danny and Dorothy, they still haven’t fully dealt with these revelations, and we can’t imagine the fallout will be pleasant.

Niles Caulder ruined everyone’s lives, but he had his reasons. It turns out that Niles has a daughter named Dorothy, who has the power to create monstrous creatures. Dorothy has immortality (from her mom’s side of the family) and Niles was hoping to find the secret to eternal life so he could live long enough to protect her. The Chief isn’t being paranoid either, because the omnipresent villain Mr. Nobody had set his sights on Dorothy, hoping to use her power for his own ends. The Doom Patrol begrudgingly agreed to help the Chief rescue Dorothy, but things were a bit chaotic so they haven’t had time to get to know her yet.

DANNY IS A BRICK

Do you remember Danny the Street? The world’s greatest genderqueer sentient street has seen better days. First he was captured by Mr. Nobody and trapped inside a painting. Luckily the Doom Patrol came to his rescue by using Negative Man’s radiation to escape. Danny survived the encounter, but the jubilant street was reduced to a single brick. We’ve seen Danny’s spirit when he reaches his full potential, so we have a feeling this block won’t be kept down for long. Keep your eyes on that brick, because It might be going places.

Mr. Nobody and the buffoonish Beard Hunter survived Negative Man’s radiation blast, but now they’re stuck on the empty canvas that once held Danny. The villains can’t move or speak, and for now they’re harmless. The question is, will they stay that way?

After escaping from Mr. Nobody’s painting, the Doom Patrol discovered they weren’t half the heroes they use to be. In fact, they were smaller than a Hot Wheels car! The Doom Patrol, Niles, and Dorothy have all gone fun-sized, leaving Negative Man as the only full-scale hero. If you’ve ever seen Honey, I Shrunk the Kids then you know these tiny heroes have a tough road ahead.

That’s quite a setup.

Will Cliff reunite with his daughter?

Will Mr. Nobody and the Beard Hunter escape their painting?

Will the Patrol forgive the Chief? Should They?

Will Dorothy save the world, or destroy it?

Will the Doom Patrol return to their former full-sized glory???

The first three episodes of Doom Patrol Season 2 are available to stream now!

Have you caught the premiere for DOOM PATROL season 2 yet? Let us know in our Community!