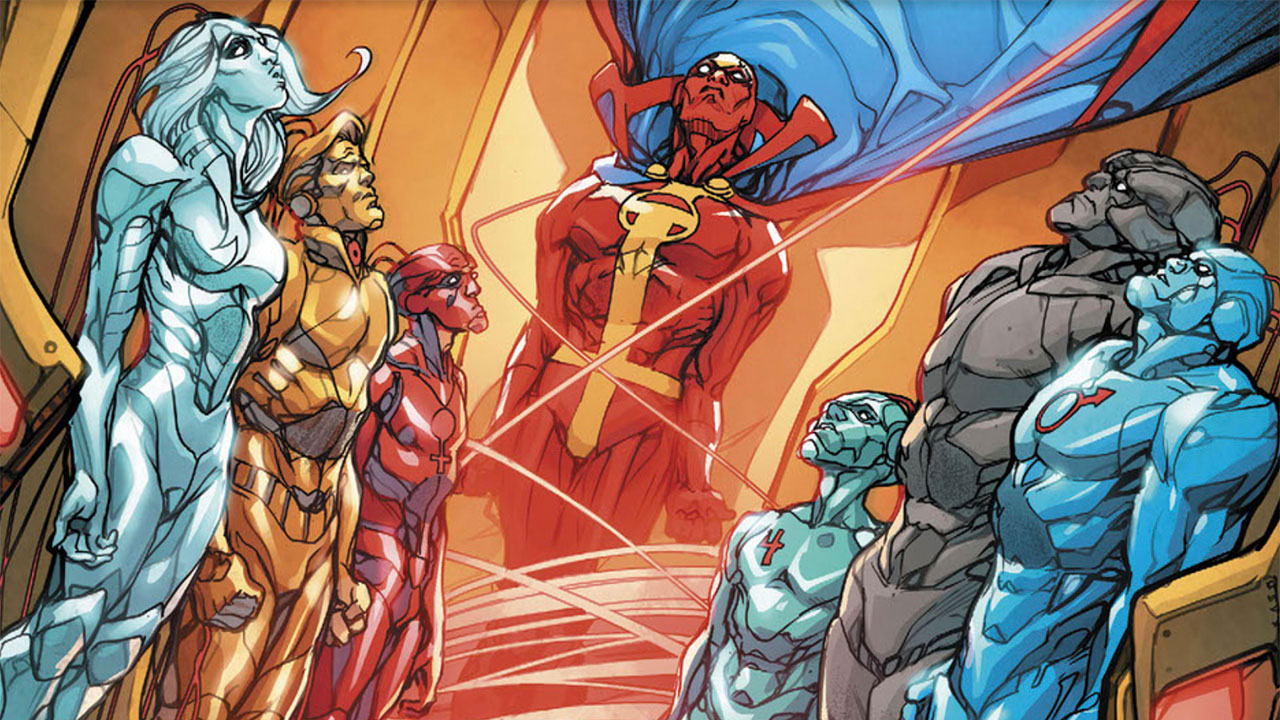 In the past few years, DC has thrown around more metal than Ozzfest. But what about the metal on the inside? Androids have long been a vital part of the DC Universe, as DC's new Cybernetic Summer makes clear. While most of these metalheads ignore Asimov’s Three Laws of Robotics, they've still managed to warm our hearts with their cold steel. So grab your metal detector as we find the top 5 androids in the DC Universe! 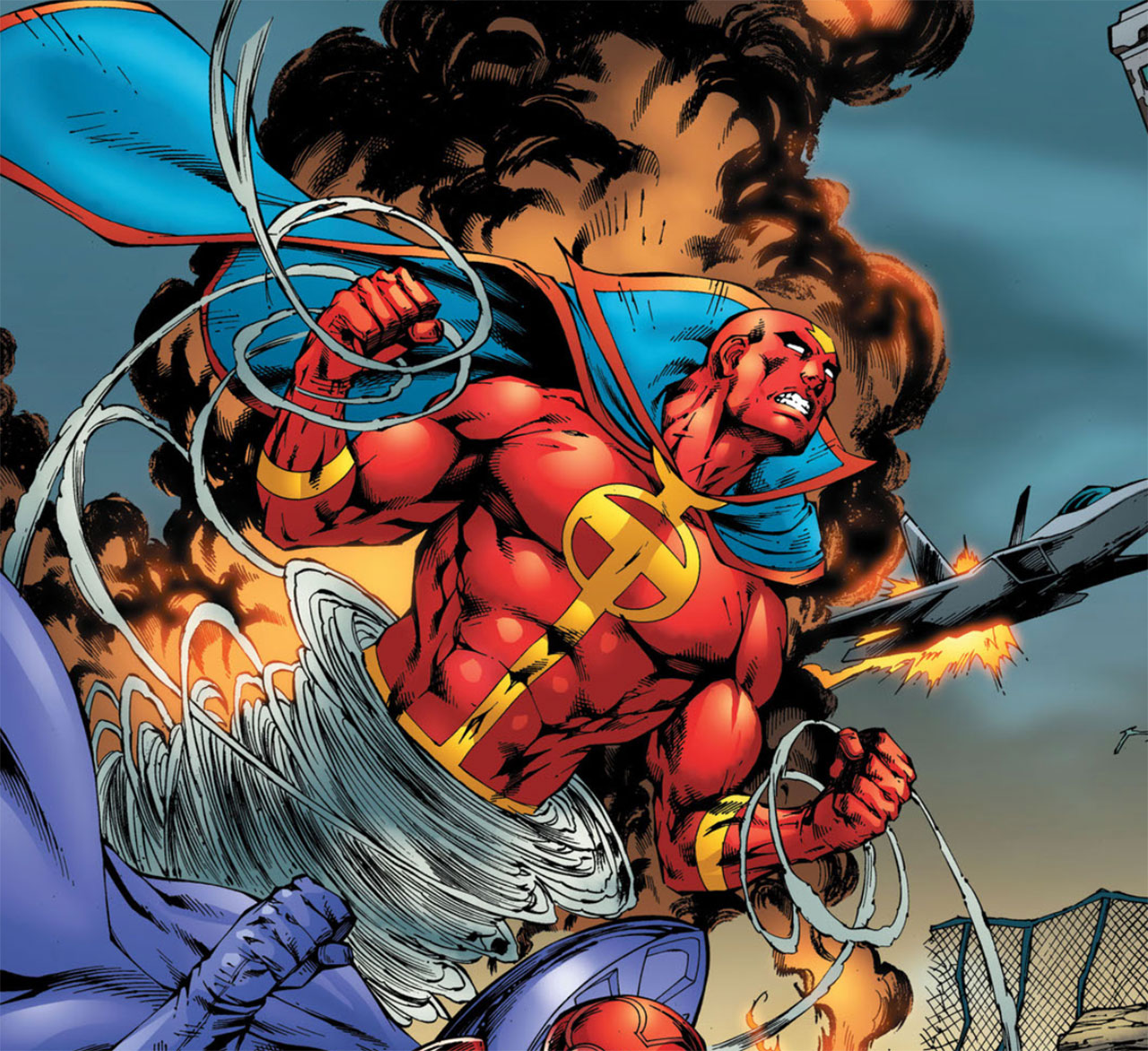 This whirlwind of an android was created by villain T.O. Morrow. Red Tornado’s original purpose was to fight the JSA, but the sentient bucket of bolts was possessed by an ancient air elemental known as the Tornado Champion. A short circuit resulted from the merge, completely erasing the Tornado Champion’s memories -- and a new hero was born!

Red Tornado fought alongside the JSA for many years before leaving to join the JLA. He also served as a babysitter -- er, “advisor” to Young Justice. Prior to his death in Infinite Crisis, Reddy witnessed the birth of the multiverse. His disembodied voice warned his fellow heroes, “It’s coming! 52! 52!” 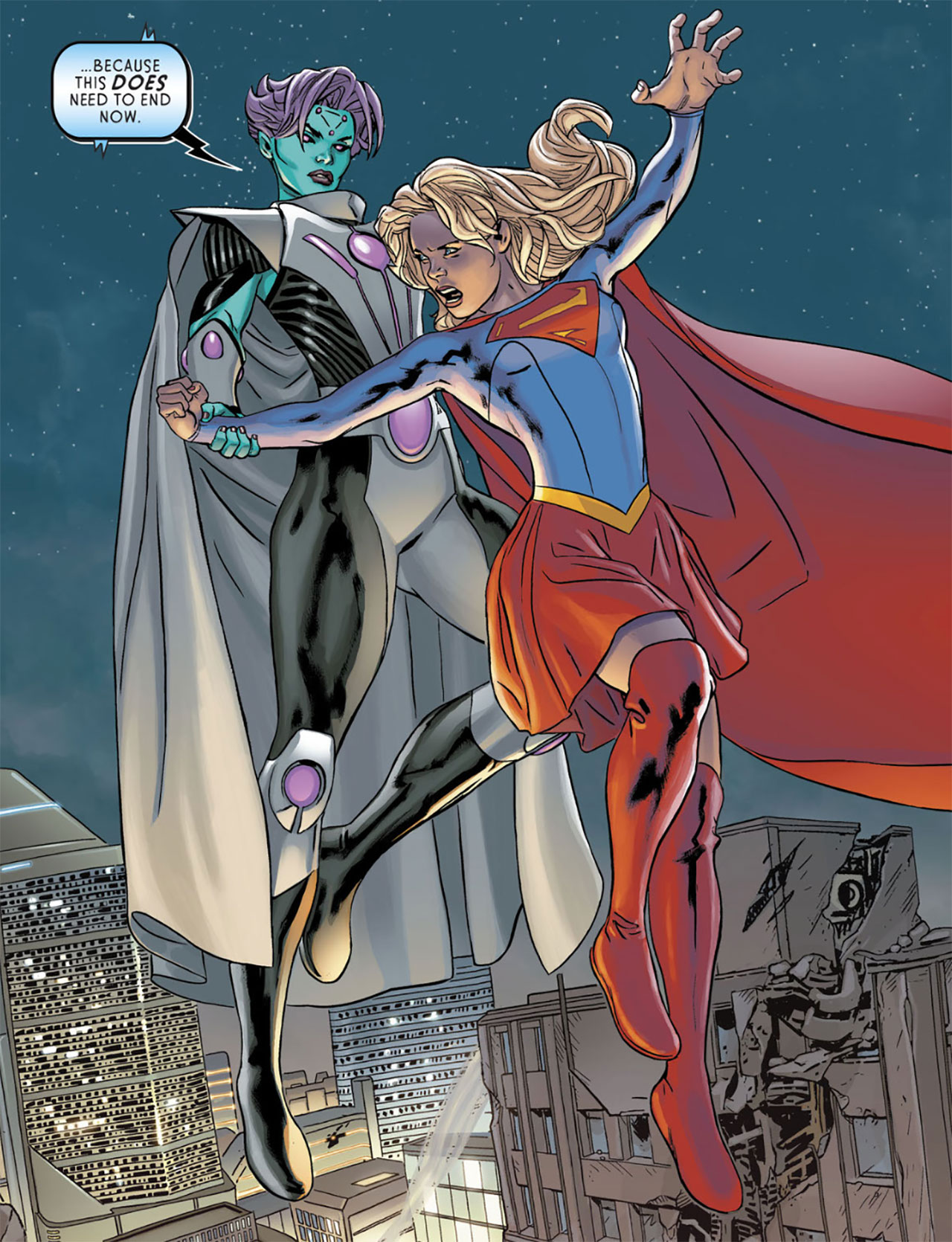 Indigo, aka Brainiac 8, was designed by Brainiac 6 to help Brainiac 1. Still following? Her “Indigo” persona was a subprogram used to get close to the superheroes of the era. Initially appearing in Titans/Young Justice Graduation Day, Indigo arrived badly damaged. Despite her best efforts to repair herself, she ended up injuring Cyborg. Indigo battled both Young Justice and the Titans before retreating.

She’s fought on both sides of the battlefield, which made her a perfect candidate for the Outsiders. Well, that and a memory wipe courtesy of S.T.A.R. Labs. Most recently, she went back to her namesake and fought Supergirl as part of the new Fatal Five. 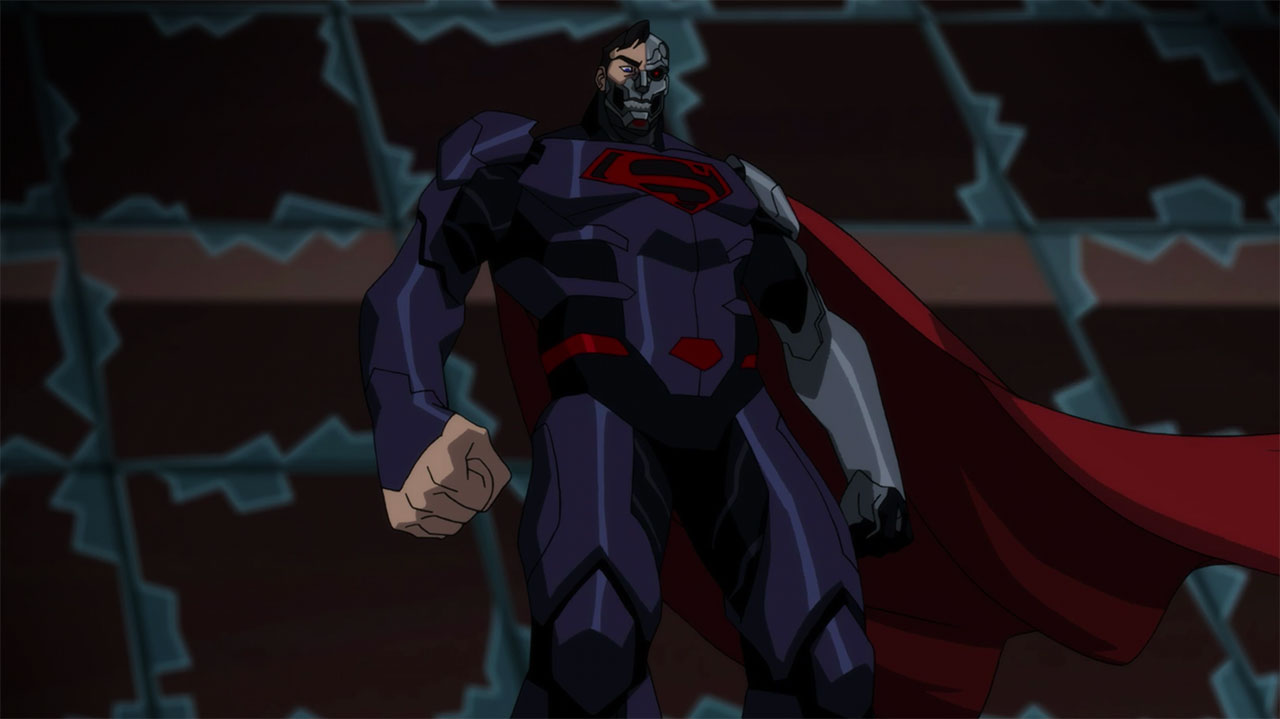 While aboard the space shuttle Excalibur, Dr. Hank Henshaw was exposed to cosmic radiation. His body deteriorated over time, but his consciousness was saved by uploading it to the LexCorp mainframe. Using the technology available he built himself a new body and traveled the cosmos.

After "The Death of Superman," Henshaw committed identity theft and claimed to be the real Superman. Unbeknownst to others, he planned with Mongul to eradicate the Earth. Fortunately, his plans were thwarted and his cyborg body was destroyed. In a last-ditch effort, he managed to upload his consciousness elsewhere. Later, Cyborg Superman would make an unsuccessful attempt to rule Apokolips. He joined the ranks of the Sinestro Corps and eventually became a Red Lantern. Not bad for an android. 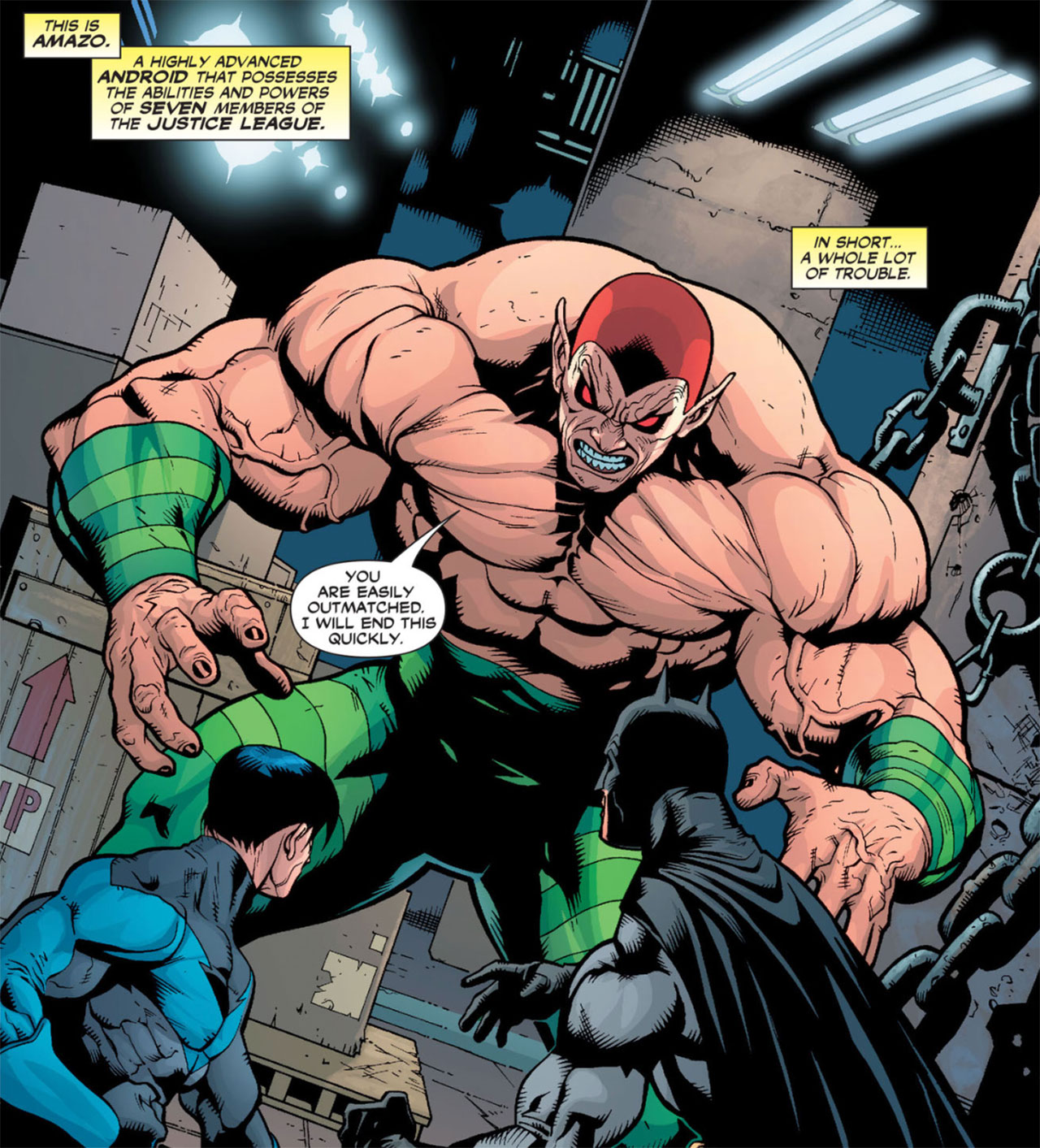 Speaking of androids using Superman’s powers... Amazo was created by the evil Professor Ivo for that exact purpose. Using “absorption cell” technology, Amazo has the ability to replicate any metahuman DNA he comes in contact with. Although he was originally programmed only to serve his creator, Amazo quickly outgrew his programming.

He was a formidable foe of Hourman for a time, and he's fought almost every member of the Justice League. While no fashionista, Amazo did get a makeover as an all-silver (and later gold) android in his animated appearances in TV's Justice League. 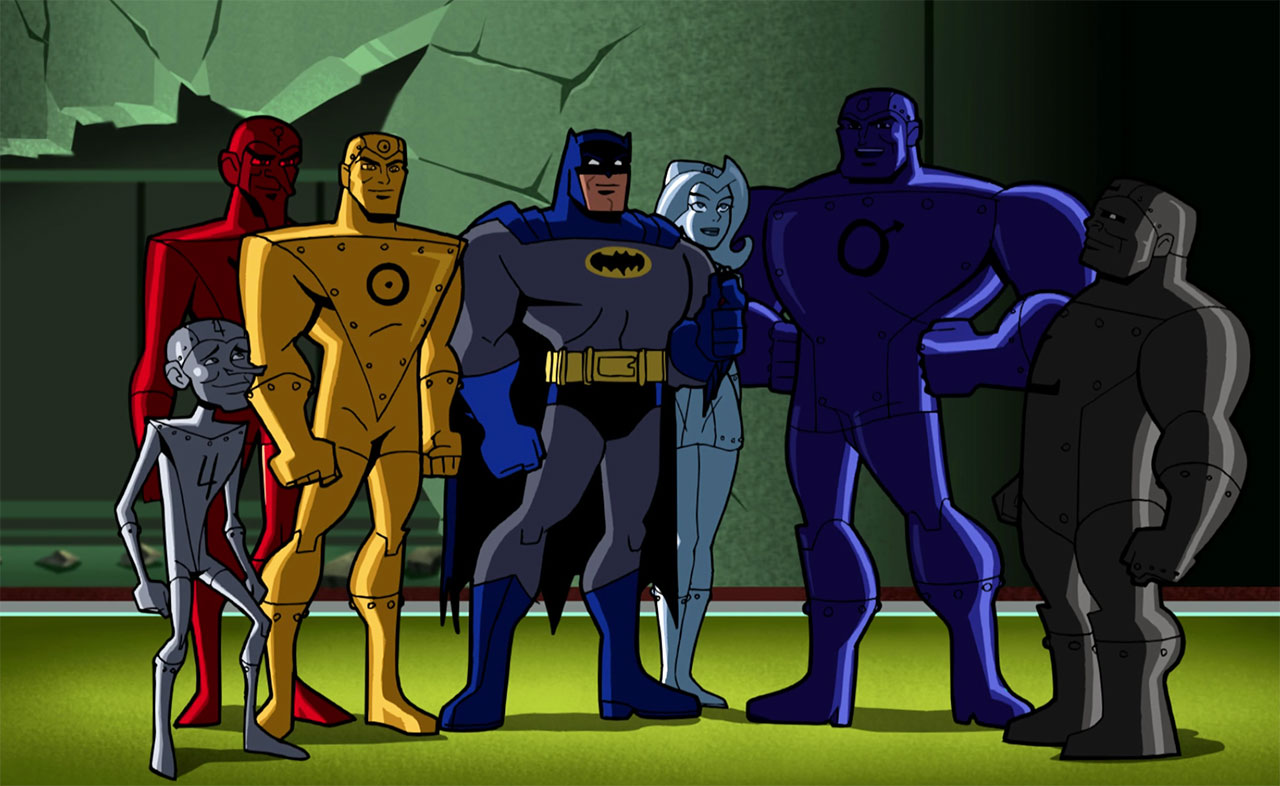 These precious metals have saved the world many times over by battling the likes of Chemo and the Gas Men. In recent years, the team has played a crucial role in storylines like Doomsday Clock and enjoyed memorable appearance in Batman: The Brave and the Bold and DC Nation Shorts.

Who are your favorite DC androids? Let us know in our Community!