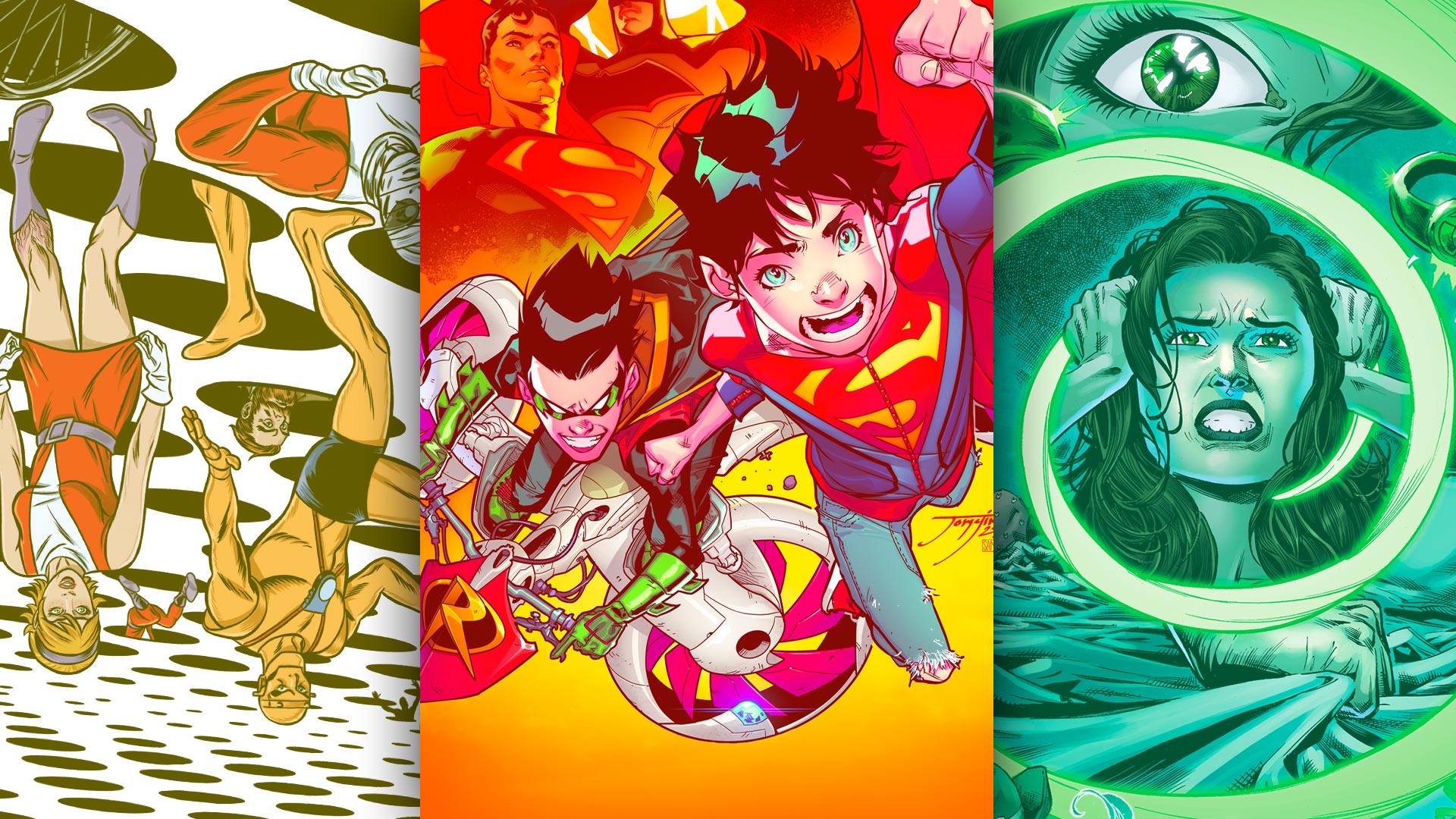 DC's 5 Most Underrated Comics of the Decade

We’re getting ready to close out the first decade of the millennium, and there’s a lot of comics to look back on. During this decade, DC published 521 weeks worth of comics, resulting in many new classics. With so many comics to chose from, it’s easy for some masterpieces to get overlooked. Here are 5 hidden gems from the past decade that deserve more attention. 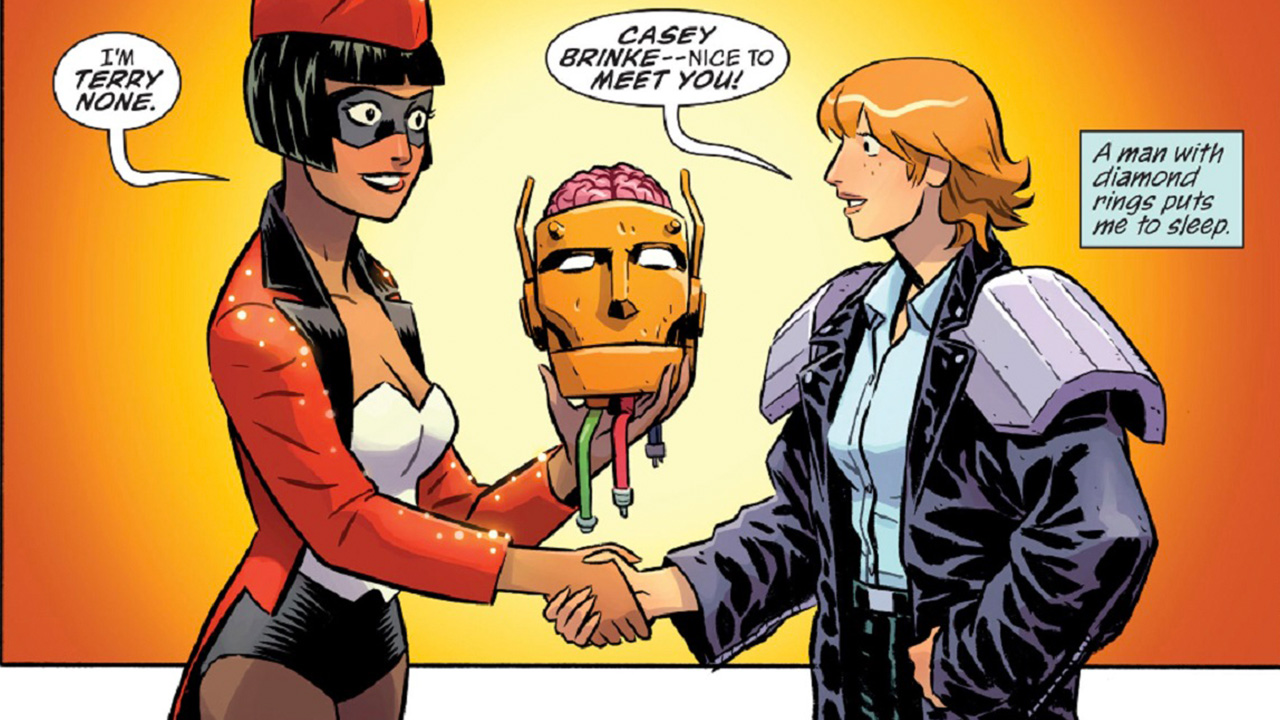 The Story: There’s more to Casey Brinke than meets the eye. The paramedic begins to question everything about her existence as strange beings show up to her apartment speaking in cryptic riddles. Casey soon learns that she’s a comic book character brought to life by the imagination of a sentient street. Trippy right? The next phase of Doom Patrol adventures begins here, and it’s not like anything you’ve ever seen before.

What Makes it Special: Doom Patrol is suppose to be an unsettling reading experience full of mind-bending concepts, and this story delivers that in spades. Gerard Way, known for his musical work with My Chemical Romance, takes the Doom Patrol to new heights as he builds on concepts from Grant Morrison’s run and breaks storytelling rules. 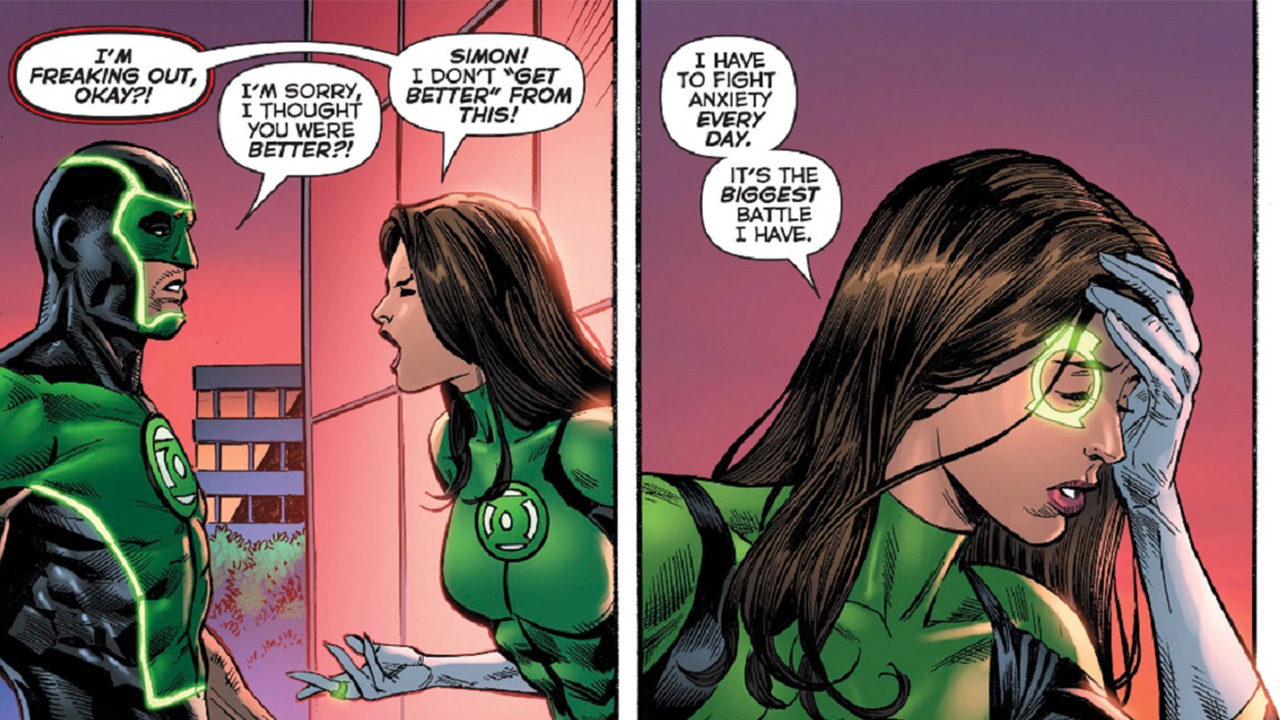 The Story: Jessica Cruz has faced alien armies, and has great cosmic power from her Green Lantern ring, so why is getting out of bed so terrifying? Jessica Cruz tries to overcome her past traumas so she could be the best Green Lantern she can, but her crippling anxiety doesn’t make things easy. Her partner Simon Baz tries to help her, and learns what it means to truly be an ally.

What Makes it Special: This story takes a hard look at PTSD, and how it can make even the most simple tasks hard for someone. The struggles of Jessica Cruz reflect the suffering millions of people silently face every day. Writer Sam Humphries (who also co-hosts DC Daily) explores the difficulties everyday people have dealing with mental health issues, resulting in some emotional scenes you might not expect from a superhero comic.

Where to Read it: Green Lanterns #15

The Story: Batgirl (Stephanie Brown) confronts her father the Cluemaster, who sends her into a Black Mercy coma. After awaking in the hospital, Batgirl finally has a heart to heart with her mother, and opens up about her double life. The final act of the comic contains a series of splash pages of what Stephanie saw during her Black Mercy coma, and each scenario is fun and imaginative.

What Makes it Special: This was the final Batgirl story published before Flashpoint reset the DC Universe, and it served as a goodbye to the era. The scene between Stephanie and her mom was emotional, and the splash pages were great treats about could have been. At the time readers were having anxiety about the upcoming New 52 publishing line, but writer Bryan Q. Miller put things in perspective with Stephanie’s final line, “It’s only the end if you want it to be.” 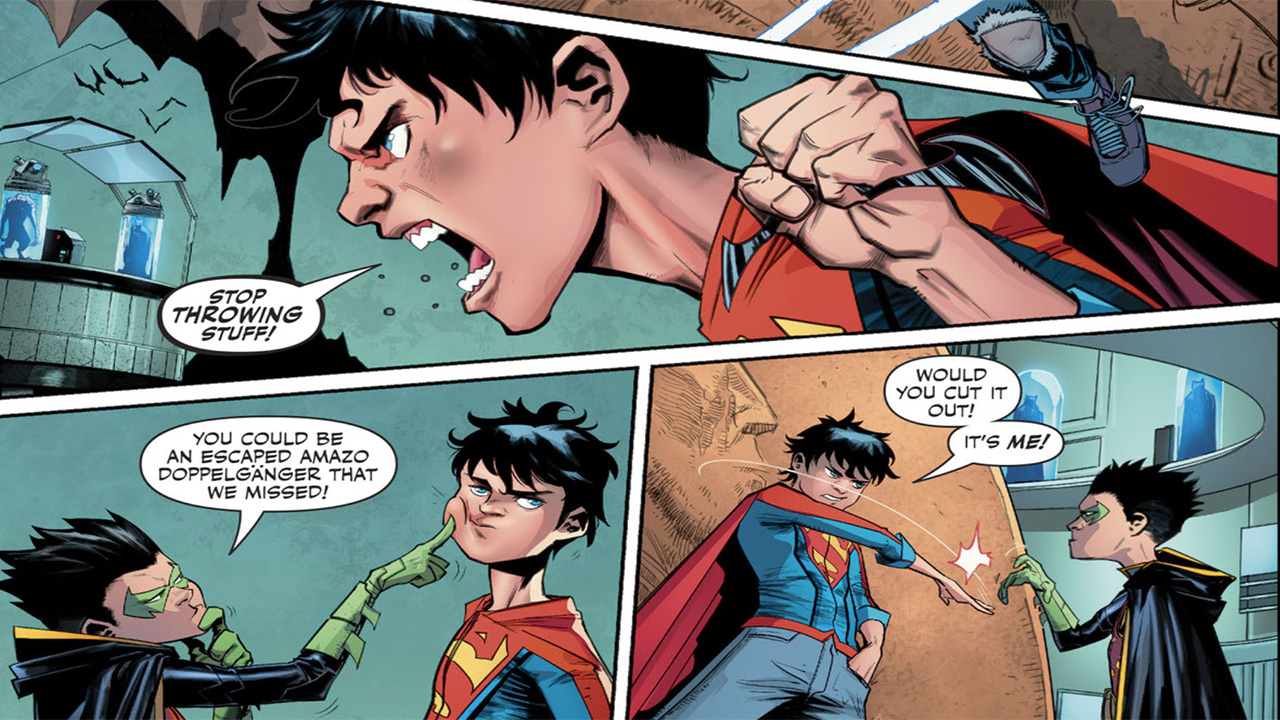 The Story: Robin and Superboy might not be as good as their fathers, but nobody ever said growing up was easy. The next generation of the World’s Finest team take on Kid Amazo, but must overcome their personal differences along the way. Damian Wayne thinks he’s pretty hot stuff, and Jon Kent is determined to prove that he’s not the twerp Robin accuses him of being. Can the boys stop bickering long enough to take down Kid Amazo?

What Makes it Special: This comic is fun, and it deserves to be read by more people. Peter J. Tomasi writes sharp banter for Jon and Damian, with lines that will bring a smile to your face. You’ll find yourself grinning ear to ear from the first page to the last. 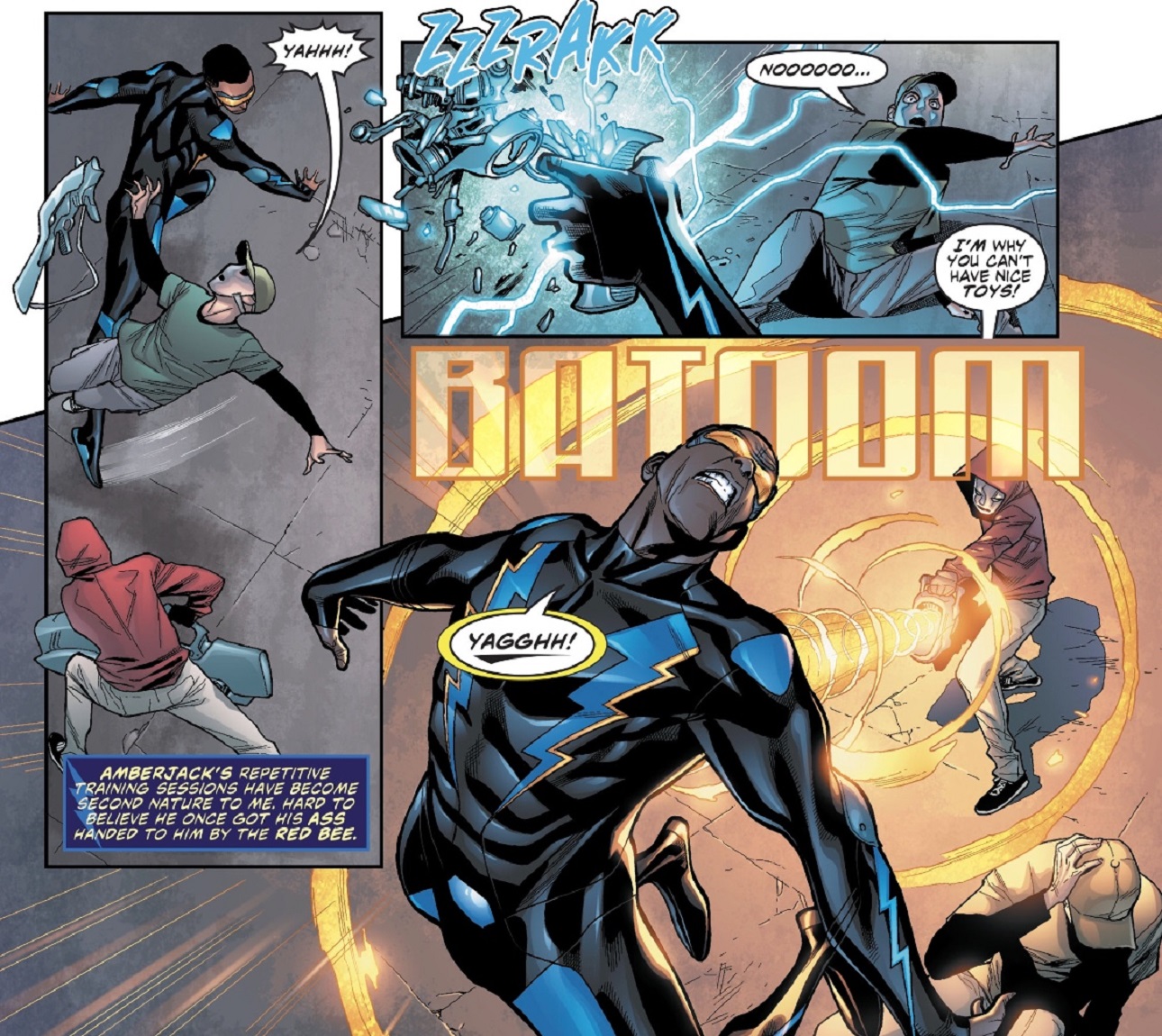 The Story: Jefferson Pierce relocates to Cleveland, where he takes a job teaching at the local high school. He soon finds the community torn apart by gang warfare, forcing him to take matters into his own hands as Black Lightning. But crimelord Tobias Whale has big plans for Black Lightning, and is determined to turn the whole city against it’s resident hero.

What Makes it Special: If you love old school comics storytelling, then this limited series is for you. Tony Isabella created Jefferson Pierce in the 1970s, and he returns to the character here to great success. Isabella manages to keep Black Lightning true to his roots, while telling a new and engaging story for modern audiences. It’s the perfect marriage between the past and the present, and a great comic to close out the decade with.

Where to Read it: Black Lightning: Cold Dead Hands #1-6

What would you put on your list of underrated comics of the 2010’s? Let us know in our Community!