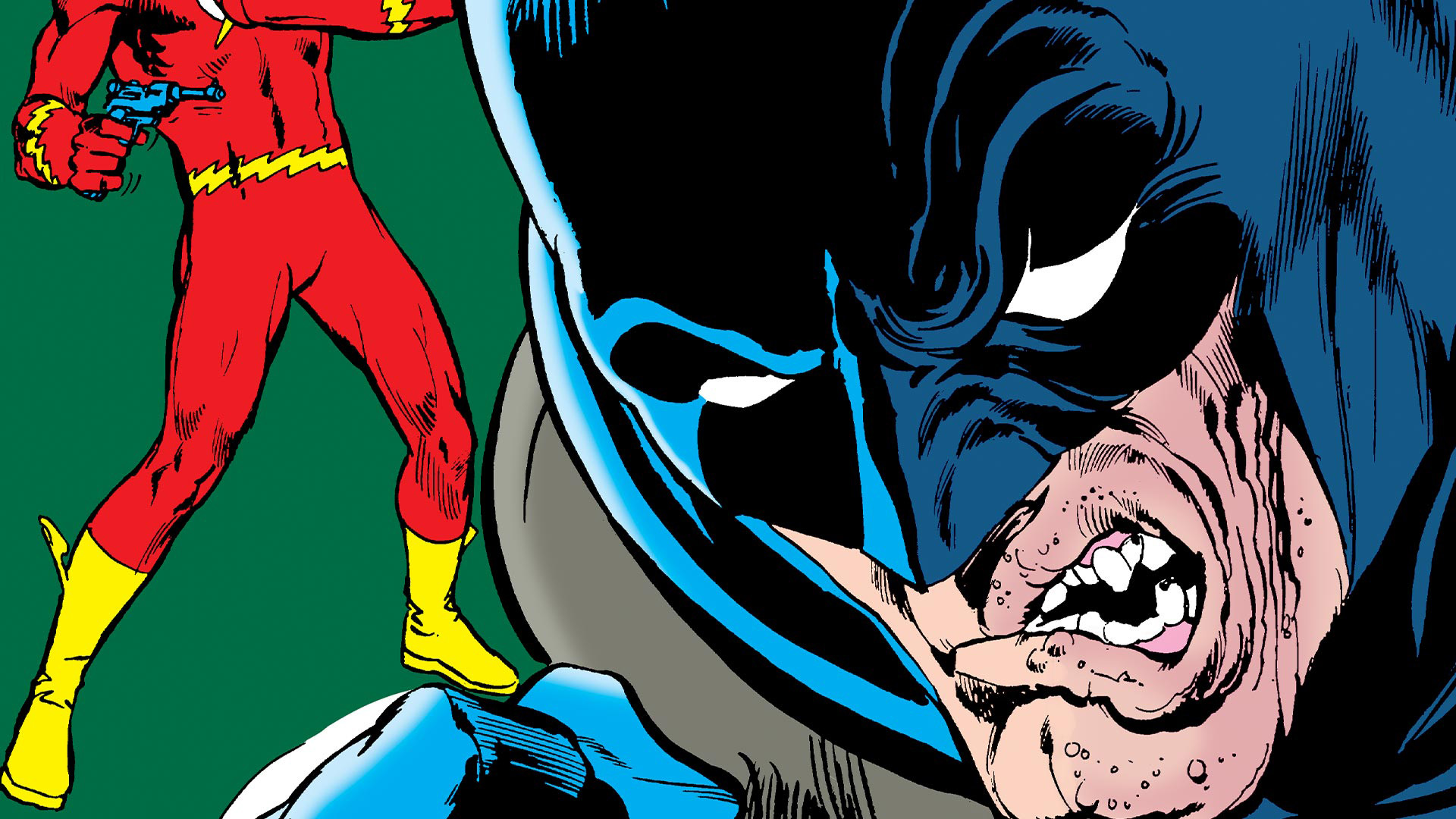 Ever hear the phrase “The more things change, the more they stay the same"? The same goes for comics! DC has some of the most recognizable superhero origin stories in all of fiction, but now and then, writers bring new elements to the heroes’ backstories, expanding on them to flesh out their universe. Some stick around for years, but some of these retcons are quickly forgotten. Here are the five craziest retcons to the DC heroes’ origin stories!

1. Flash Received His Super Speed from an Alien

Everyone knows that Barry Allen gained his powers after being struck by lightning and doused with various chemicals while working in his lab. That’s also what Barry thought, until The Flash #167, when he’s visited by a balding, bespectacled being from another planet. His name is Mopee, and he informs Flash that his powers were bestowed upon him as part of a cultural ritual on his world of intellectuals. But the rules stipulated that the object used to grant a party their special abilities must be owned by said party, in this case – the chemicals that splashed onto Barry when he was struck by lightning. The two resolve to purchase the chemicals, but Barry must do it as the Flash. Ultimately, he gains his fortune and squares the deal, but the adventure left Barry wondering if the same ritual worked with Kid-Flash, since he gained his powers the same way as Barry.

Needless to say this tale has never been adapted in the two TV Flash series, both the past and current series.

2. The Waynes Were Mad Scientists Trying to Come Back to Life

In The Brave and the Bold #99, Batman is drawn to a summer home owned by his parents, and becomes possessed by the spirit of a harpooner. The ghostly waves catch the attention of the Flash, who arrives at the coastal house to offer his assistance. Together, the two discover a hidden journal from Thomas Wayne, revealing his attempts to commune with the dead and walk between the realms that separate the living and the deceased. Batman – driven mad with grief – tries to bring his parents back to life, but gets possessed by the ghostly harpooner and nearly resurrects a whole host of evil pirates from the grave. Flash destroys the totemic item harnessing the interdimensional energy, breaking the link between worlds and sending the ghosts of Thomas and Martha Wayne to their eternal rest. Although the idea of the Waynes being ghosts never went beyond the figurative after this story, the concept of a Thomas Wayne who experimented with science was a plot point in the second season of Gotham.

3. Super Powers in a Can 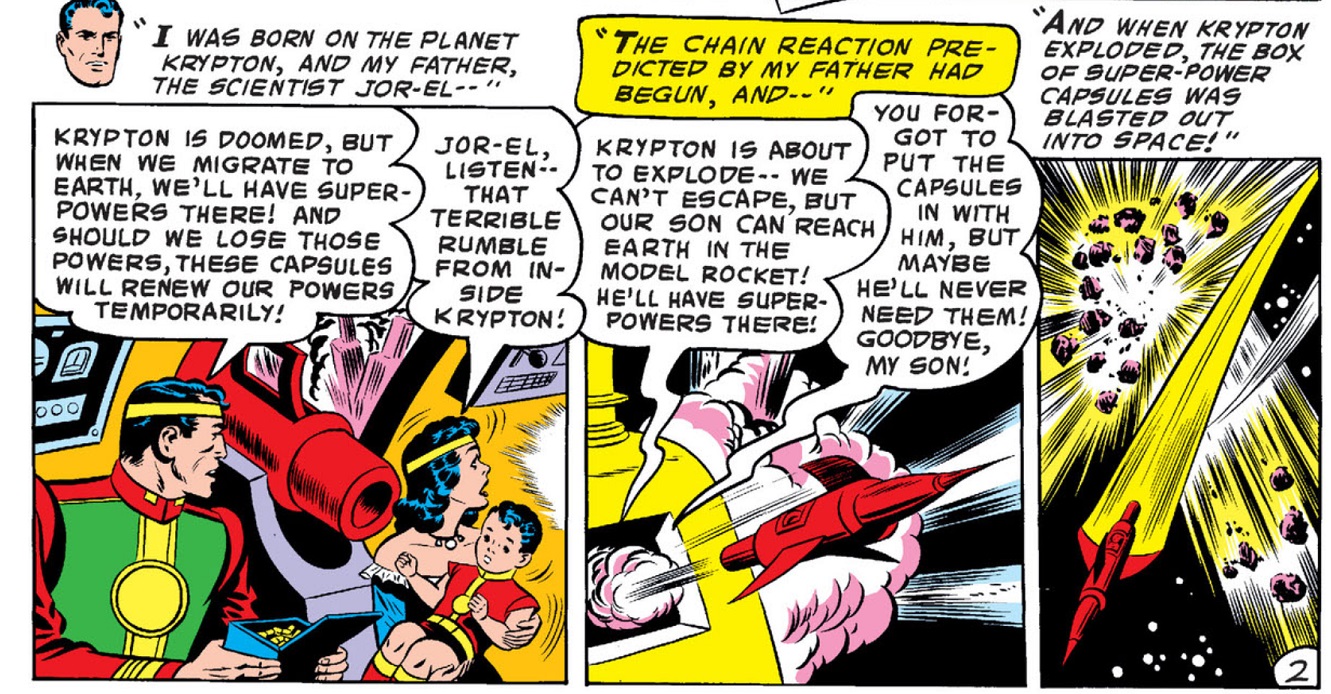 The basic story remains consistent: After failing to heed the warnings of the scientist Jor-El, the populace of the planet was doomed to die in an explosion caused by various environmental forces. But in World’s Finest Comics #87, we learn that just before Kal-El was shipped off to Earth, his parents had created capsules to grant him super powers should he lose them, despite long-term exposure to the yellow sun guaranteeing that he gain powers in the first place. This begs the question: why didn’t they just take the superpower pills themselves to survive the explosion, or even mass-produce them to save their race? As Kal-El rockets to Earth, Lara notices they forgot to pack the capsules, shrugging that perhaps he won’t ever need them. The capsules would be discovered by a criminal in issue #87, and found used again by Batwoman in World’s Finest Comics #90. 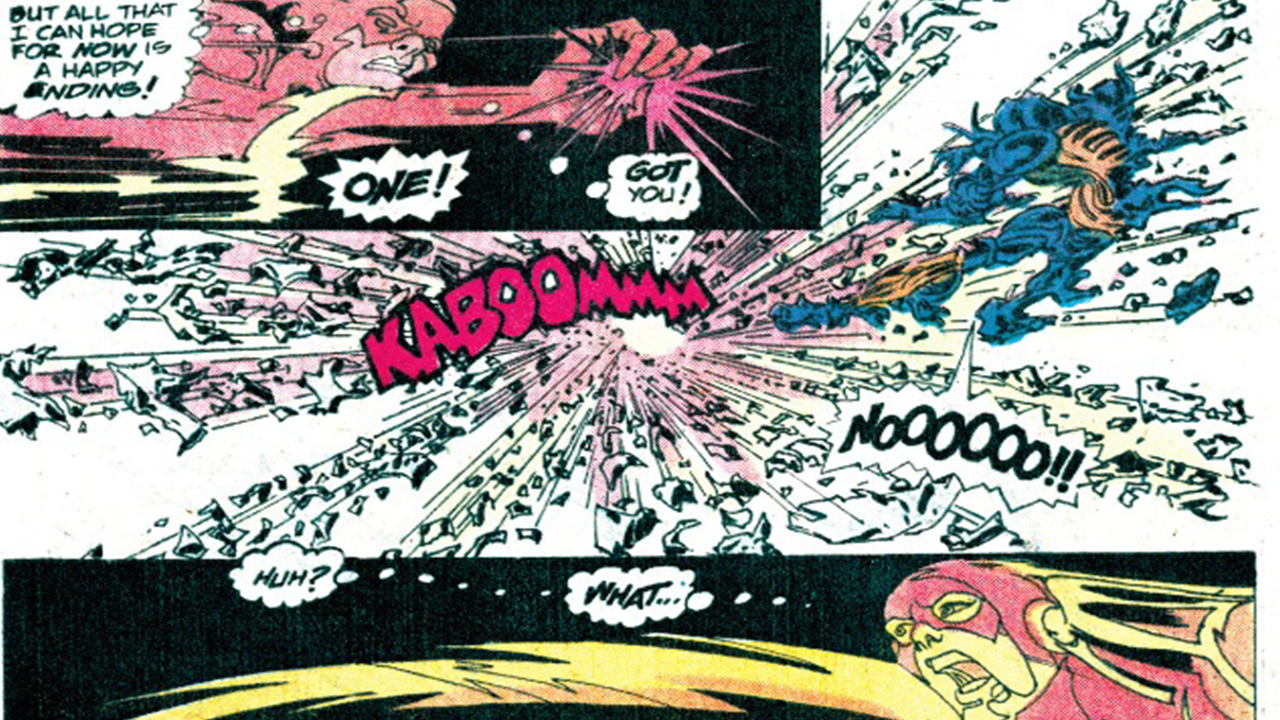 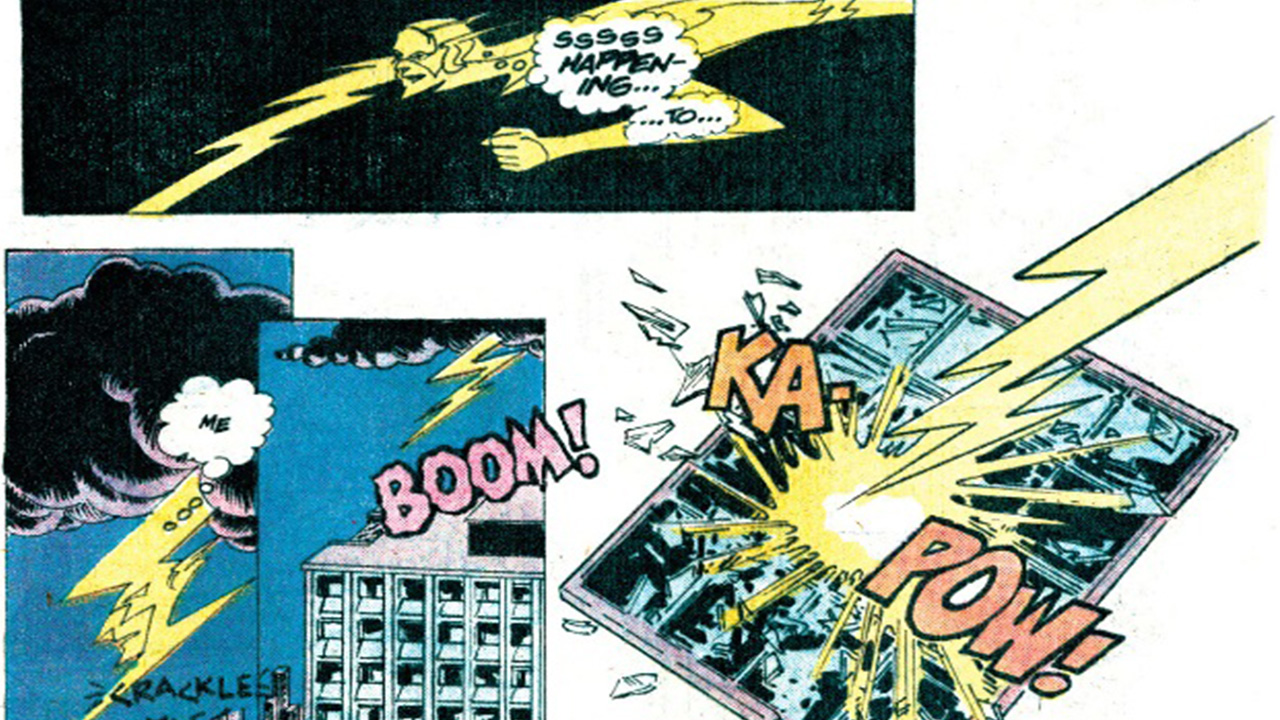 Despite the ridiculousness of the above sentence, this is less silly than the previous entries on the list. In fact, it's actually kind of cool... With items like the Cosmic Treadmill in their canon, the Flash characters regularly travel back and forth through time. This includes Barry Allen’s final moments, as depicted in Secret Origins Annual #2. Retelling the death of the Flash, we see Barry race to destroy the Anti-Monitor’s Anti-Matter Cannon. Running hundreds of times faster than the speed of light, Flash breaks through the light barrier and sees images of his life pass before him. As his corporal form disintegrates, his spiritual essence is brought right back to the beginning, as he becomes the very same lightning bolt that struck him into the chemicals, granting him super-speed in the first place (ignoring Mopee’s involvement). This added the idea of destiny to the Flash -- unable to outrace his final sprint, but always returning to that fateful evening in Central City years before.

5. The Waynes Were the Casualties of a Mob Hit

In Detective Comics #235, Bruce and Dick discover another one of Thomas Wayne’s private journals and a film strip, from which we learn that during a costume party Bruce's father dressed in a Batman-esque costume. Suddenly, Wayne was abducted by gunmen, and forced to operate on an injured gangster named Lew Moxon. Wayne escaped and had Moxon arrested and sentenced to ten years in prison. Upon his release, he swore vengeance, openly saying he’d hire an assassin to carry out the murder so as to not implicate himself.

This story was firmly established as part of Batman’s Pre-Crisis origin in The Untold Legend of the Batman. But after Batman: Year One, the Wayne murder was only ever referenced as a robbery gone wrong. Joe Chill’s identity as the killer dipped in and out of continuity, but Lew Moxon was brought back in writer Ed Brubaker’s run, where the events of the costume party and Wayne operating on an associate of Moxon were kept intact. But one of Moxon’s men swore to Thomas that in exchange his family would be safe from reprisals, and though Moxon hated Wayne, he had nothing to do with the good doctor’s eventual murder.

What are your favorite versions of the DC heroes’ origins? Let us know in our Community!