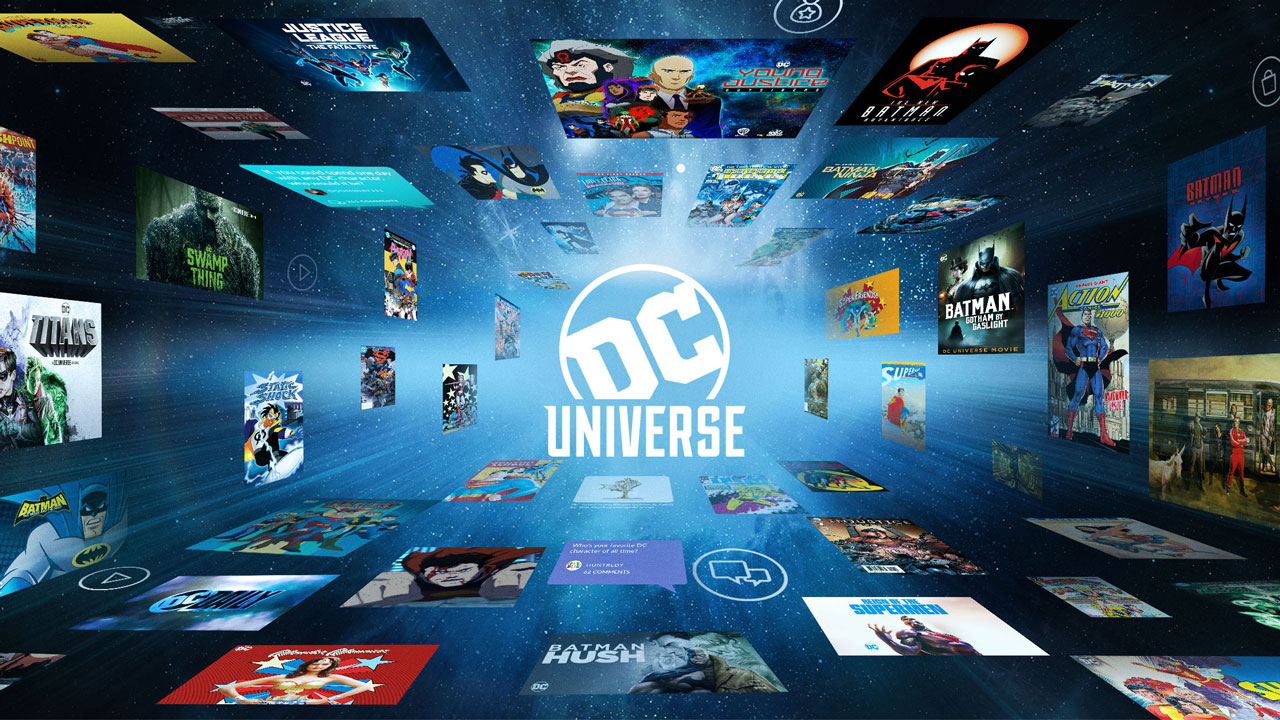 There's no bigger comic book convention in North America than the annual San Diego Comic-Con, and this year's event is shaping up to be the most spectacular ever. Because 2019 marks the 50th Comic-Con International -- and DC Universe is pulling out all the stops to celebrate in style! From July 18th through 21st in San Diego, DC Universe fans can enjoy a host of sneak peeks, first-look screenings, breaking news, and members-only exclusive events and giveaways, featuring DC Universe original series 'Titans', 'Doom Patrol', 'Young Justice: Outsiders', and the upcoming animated series 'Harley Quinn'.

DC Universe's biggest event at Comic-Con will take place the night of Saturday, July 20th, from 7 to 9 PM in the Indigo Ballroom of the Hilton Bayfront hotel (located next to the San Diego Convention Center). There, fans can enjoy first looks, exclusive screenings, and the latest news on 'Titans,' 'Doom Patrol,' 'Young Justice: Outsiders,' and 'Harley Quinn.'  This is one panel you do NOT want to miss! We'll also present a panel on our news show 'DC Daily' -- with its extremely amiable hosts in attendence -- on Friday, July 19th from 10 to 11 AM in Room 9.

Since membership has its privileges, we'll be offering plenty of exclusive Comic-Con events and experiences to our loyal DC Universe members, including...

* A chance to attend a private, DCU member brunch on a yacht in the San Diego Marina with surprise talent appearances and special giveaways

For more info about all of these opportunities, click here now!

Plus, the DC/Warner Bros. booth (#4545 in the convention center's exhibit hall) will be THE place for exclusive DC Universe artist signings and giveaways. Members can pick up a new print every day in the redemption area of the DC booth. Inspired by DC Universe's original series, these prints were created by pop culture artists Doaly, Cliff Cramp, Chris Thronley, and Ruiz Burgos.

You can also check out a special 'Harley Quinn' booth activation that takes fans into the world of the new animated series with an interactive tour of the famed Arkham Asylum.

Not yet a member? All who purchase an annual DC Universe membership on-site and online will score an exclusive gift set of four landmark limited-edition comic books with all-new variant covers -- 'Young Justice: Outsiders' #1, 'Detective Comics' #1000, 'The Saga of the Swamp Thing' #21, and 'Doom Patrol' #19.

While you're in San Diego, be sure to keep your eyes peeled for all the DC Universe billboards, buses, and convention center signage showcasing many of DC's greatest characters, including Batman himself -- speaking of which...

Since 2019 also marks the 80th anniversary of the Dark Knight, DC and AT&T are teaming up to present fans with "The Batman Experience" at Comic-Con. Get ready for an immersive and interactive pop-up containing a massive installation of DC props, vehicles, games, costumes, and archives, at the home of the upcoming Comic-Con Museum in Balboa Park. A sneak preview will be presented on July 17th when Batman becomes the first character inducted into the Comic-Con Museum Character Hall of Fame at a special ceremony. Dubbed "The Gathering," you can purchase tickets for this event here!

Are you going to this year's Comic-Con? Let us know in our Community!