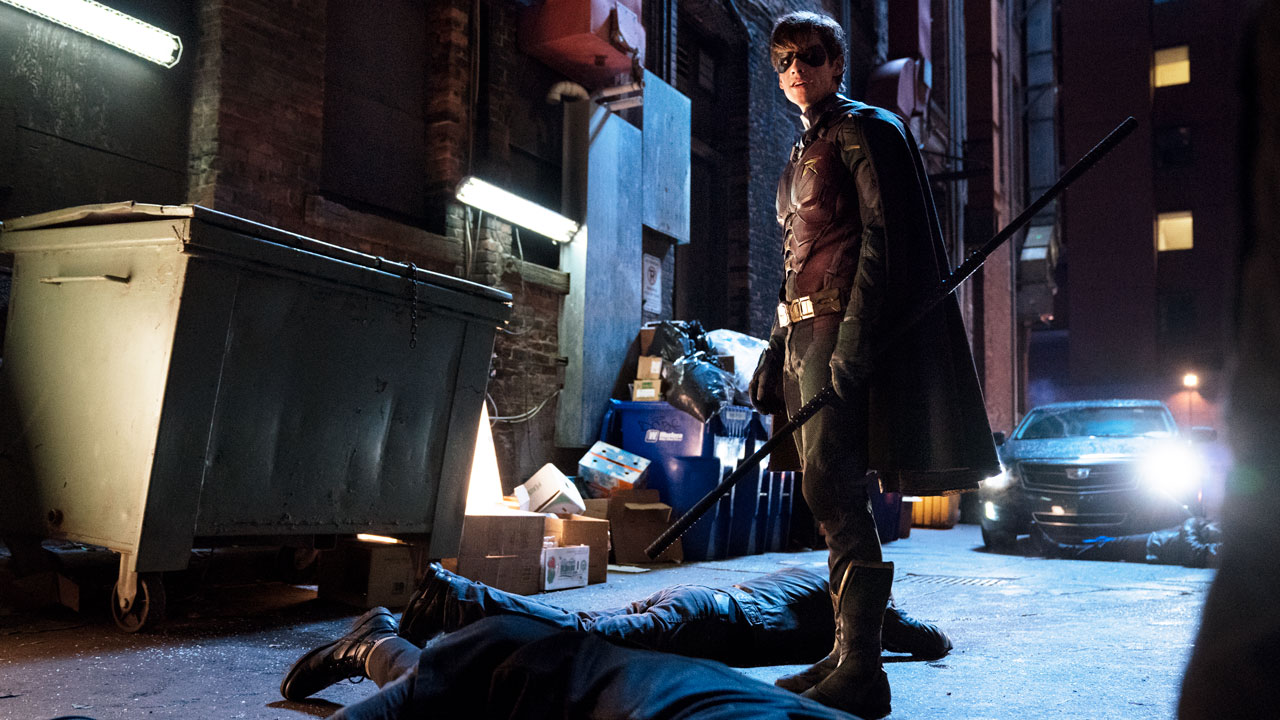 Between the release of Action Comics #1000 (the longest-running superhero comic book series in history per the Guinness Book of World Records) and the premiere of this month's Aquaman movie, 2018 was one of the biggest years in DC history. Along the way we thrilled to the first season of TV's Black Lightning, the hilarious animated epic Teen Titans Go! To the Movies, and the 40th anniversary of Superman: The Movie, along with comic writer Tom King's three megahit books -- Batman, Mister Miracle, and Heroes in Crisis. Of course we here at DC Universe are especially proud of the launch of our digital service and our first original hit series -- Titans! But what DC moments do fans consider the best moment of 2018? We put the question to our always awesome Community. Here are some of the highlights DC Universe members shared with us...

iJest: “Season 4 of Gotham ended in May, I watched it every week without fail and I'm sad to see it end but grateful that we'll have one final season next year.”

Vroom:  “…The debut of DC Universe! The collections of streaming media and comics are wonderful and as a *big* DC nerd, it's wonderful to have a one stop shop where I can nerd it out with my fellow DC fans. It's an outlet for me to practice my writing in and the people in the community are wonderful and a joy to interact with. 2018 was a banner year for DC across many platforms and I'm sure 2019 will be even bigger. I heartily thank DC, WB and DC Universe for a great year. Thanks =)"

TurokSonOfStone1950: “DC Universe expanded the DC Experience for me. Before that, I would read my comics I bought each week. I stopped even watching the CW. Now I see DC Universe as giving us the Past, Present and Future of DC.”

randymussett.90530: “For me it had to be the Arrowverse shows, I'm 45 and been waiting for live action iconic superheroes that I grew up on. Totally Awesome for me”

nu52: “[The comic book storyline] "The Witching Hour" was a big event for me. Wonder Woman doesn't get as much attention as Superman and Batman, so seeing her be the center of an event was a joy. I loved every issue. The story and the art were incredible.”

Star0fLyra: “DC has had a massive year. From the heart-destroying issue of Batman's wedding [in Batman #50] to the release of this app. One thing that I've loved though has been the covers. DC has knocked it out of the park with excellent covers and variants. It's not really a 'moment,' but it's been nice walking into the comic shop and seeing wall to wall gorgeous covers.”

The_BATMAN_Who_LAUGHS: "Um where do I start?! Probably my favorite [is] Dark Knights Metal/The Batman Who Laughs, such an amazing story for me. I love everything Scott Snyder has done for Batman especially when he is teamed up with Greg Capullo, and they created one of my all time favorite characters that I just can't get enough of [in] The Batman Who Laughs (and to be honest the rest of the Dark Knights) and I'm so excited to see where his mini series goes...issue 1 was everything I hoped for sooooo good!!!!! Such an amazing time to be a DC nerd and Batman fanboy.”

tdfellrath.14365: “Can there be any serious discussion about seminal moments without an early mention of Action Comics #1000? The series that started it all had a fantastic tribute to the Man of Steel. (Side note: Action #1000 was the first comic that I purchased in just over 30 years!) I think the OH WOW moment was when I saw the announcement about how DC Universe was adding so much great animation to the library. The animated films have been one of my biggest surprises when I signed on...gosh, they're good. And I can't wait to see even more.”

ftrinch.9733: “Seriously, it was the launch of DC Universe. The movies and shows are great, and I am now finding out the comics are fantastic also. And the awesome people on here to meet. Thank you.”

batfan008: “1.) Mister Miracle steals the show -- Tom King has done a remarkable job with the DC stable of heroes, but, perhaps none more so than Scott Free. His take not only honored the rich legacy of Jack Kirby and The Fourth World, but he created an earnest and heartfelt story that burrowed under my skin and showed that, while life isn’t always a four-color adventure between realms, it is worth living. 2.) Batman Re-Animated -- 26 years after its original debut, Batman: The Animated Series reaffirms its place as the jewel in DC’s lushly animated crown with a gorgeous new High Definition Remaster, jam-packed Blu-Ray box sets, and 25th Anniversary Screenings of the seminal Batman: Mask of The Phantasm. Additionally, a wide range of consumer products spanning the gamut of action figures from the likes of Mondo and DC Collectibles to T-shirts and Phone Cases from Warner Bros. reminded us what it was like to be in 1992 again.”

ggunders82: “DC Universe was the landmark DC moment for me in 2018. It instantly provided great content -- new and nostalgic -- for adults, kids, and family. Honestly, I've been able to find great content to share with my kids and wife in a way that's turned the whole family into DC fans. It's been awesome, with so much to look forward to in 2019!”

manifest: “Might have to change my answer to seeing Marv Wolfman on DC Daily, stamping his approval for the new Titans show, what a gem of a human being.”

OverSizedGeek: “Hearing Dan Didio talk about 2019 being 'The year of the villain' for DC on DC Daily this week.”

What was your favorite moment of 2018? Let us know in our Community or in our new Favorite Moments of 2018 poll!