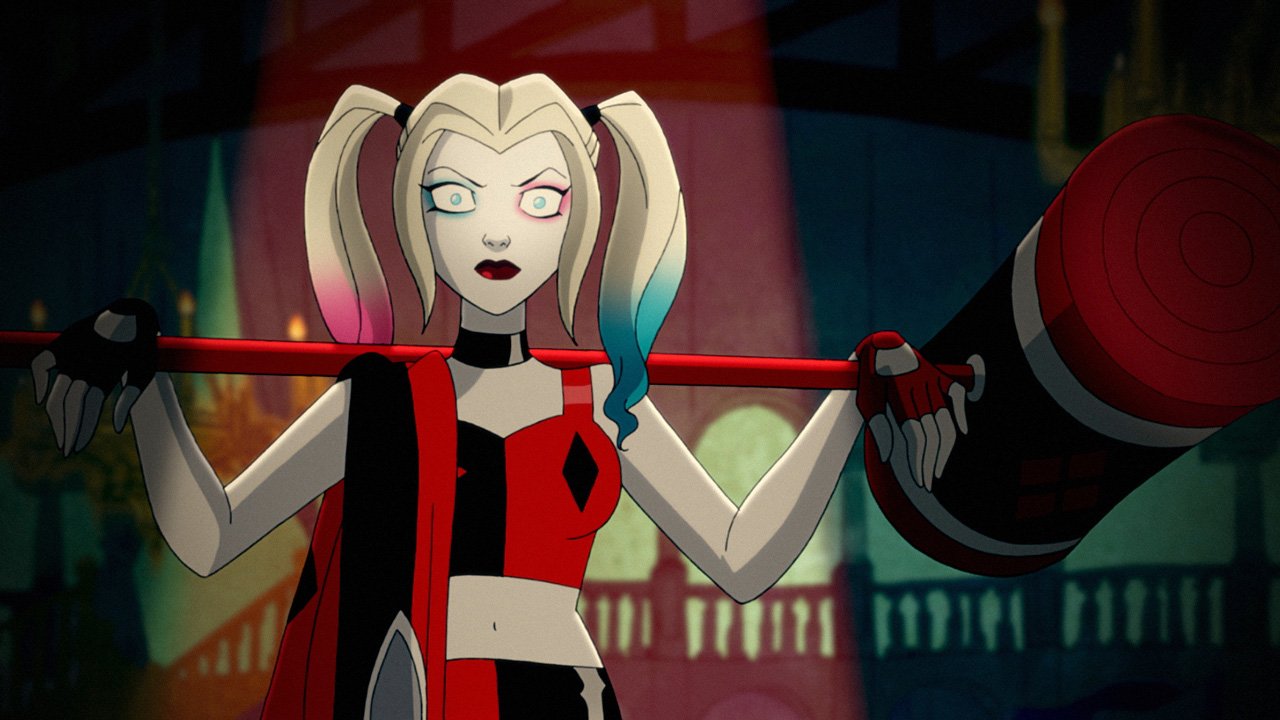 Heads up, DC Universe fans! Your favorite digital streaming service announced a ton of new productions and premiere dates tonight at New York Comic Con 2019! And we can guarantee they'll put a smile on your face... The announcements were made at the grand opening of DCUHQ: DC Universe's Headquarters at the East Coast's biggest pop culture convention, and the location of our 'Harley Quinn' pop-up gallery and Members' Lounge.

Titled "The Fantabulous Evolution of One Harley Quinn Gallery," the pop-up features props from the eagerly awaited 'Birds of Prey (and the Fantabulous Emancipation of one Harley Quinn)'  film, including Harley's mallet, grenades, fur-covered brass knuckles, black-and-red roller skates (featured in the film's roller derby scene), and the Huntress's crossbow, along with many pieces of original art from such artists as Amanda Conner, Rachel Dodson, Jim Lee, and Bruce Timm. Lee kicked things off by doing a full-figure mural portrait of Harley on a wall of the gallery.

Get set for the arrival of 'Harley Quinn'! The premiere date of DC Universe's adult animated comedy series was announced -- November 29th. The show's executive producers, Justin Halpern and Patrick Schumacker, were on hand to announce the date, and were joined by comic creator Amanda Conner, who shared her inspiration in creating the art that in turn inspired the series; and unveiled an original art piece done exclusively for the pop-up gallery, as well as cover art for a new 'Harley Quinn and the Birds of Prey' comic book coming in February 2020 (pictured below). 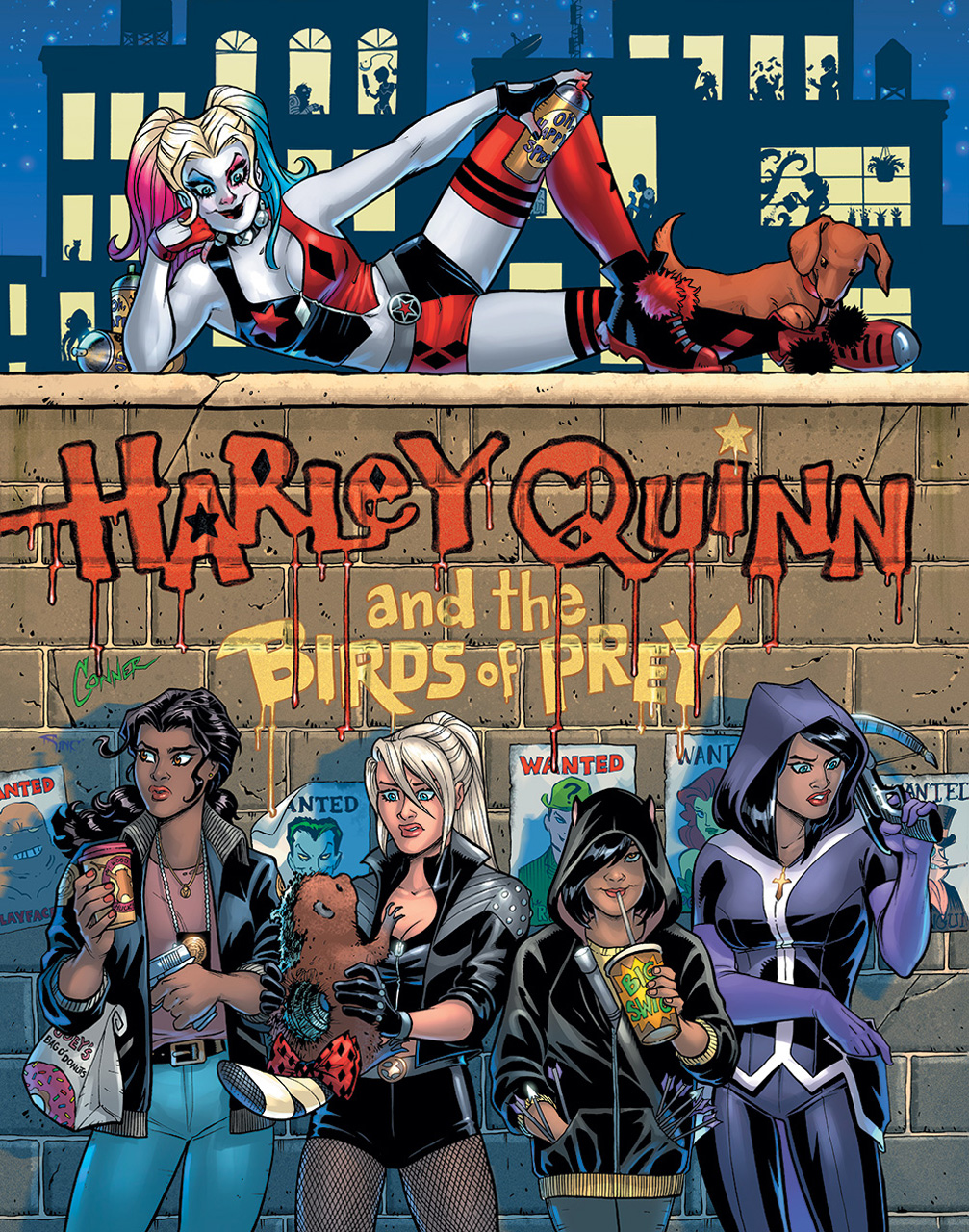 Then, DC Universe announced a new anthology show: 'BizarroTV,' which will feature "characters from the more obscure corners of the DC Universe." The mixed media series arrives on DC Universe in 2020, and is produced by Blue Ribbon Content, Warner Bros. Television Group’s digital production unit. Expect a wide range of experimental styles and a mix of live action and animation, featuring deep cuts from the DC Universe, including characters like Space Cabbie, Ambush Bug, Slam Bradley, and the Creeper.

Plus, DC Universe announced a new partnership with Ideas United that will provide DCU members and emerging creators with the opportunity to create an original, unscripted series -- and the chance to launch it on DC Universe -- titled "DCYou Unscripted." Learn more here!

Last but by no means least, DC Universe's Community and Rewards Manager Jackie Cole announced the new features launching in DC Universe's Community this month. "Community Week" will start on October 23rd, and include special guest creators from comics, TV, and animation -- who will participate in Q&As, book club discussions, and live Watch-Alongs. The week will kick off with a live Q&A with 'Titans' star, Anna Diop, aka Starfire!

What DC Universe news are you most excited about? Let us know in our Community!