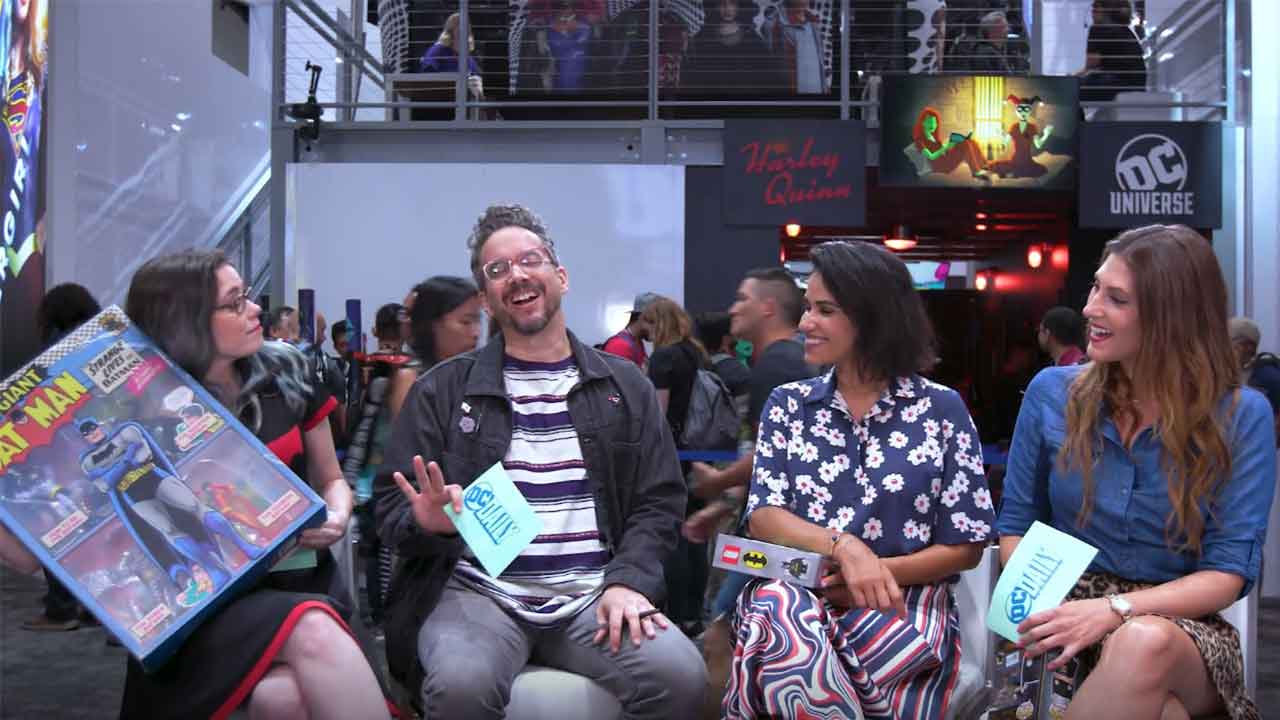 San Diego Comic-Con is in full swing, and ‘DC Daily’ is bringing the full convention experience to fans everywhere. If you weren’t able to make it to Comic-Con this year, ‘DC Daily’ has got you covered -- from panels, games, parties and more.

On Thursday July 19th, the 'DC Daily' panel recorded their first episode of Comic-Con coverage straight from the WB/DC megabooth (#4545). They gang showed off some of the cool things going on on the convention floor, and spoke about the events they were the most excited for. Sam Humphries is looking forward to Saturday's DC Universe panel, which will feature the latest news on ‘Titans’, ‘Young Justice’, ‘Doom Patrol’, ‘Harley Quinn,’ and more. “I have been trying to figure out what they’re to reveal," Sam said. "Nobody will tell me. There’s going to be footage, there’s going to be news, and there’s going to be special guests."

On Friday July 20th, the DC Daily crew hosted an intimate panel in Room 9 from 10am-11am. The panelists shared some of their favorite comic related anecdotes, and Hector had the crowd cracking up with his hilarious impression of Alan Moore.

Since Comic-Con is such a massive event, and we don’t want you to miss any of the action, ‘DC Daily’ will be broadcasting an extra episode on Saturday filled with more convention fun! That’s right, ‘DC Daily’ will be taking the fun into the weekend, so be sure to check back here tomorrow for more reporting from the Comic-Con frontlines.

If you’re a ‘DC Daily’ fan attending Comic-Con, you’ll have plenty of chances to meet your favorite panelists. In addition to recording special ‘DC Daily’ episodes at the WB/DC megabooth, many of the hosts will be hosting their own panels throughout the weekend. Amy Dallen will be hosting the “DC Year of the Villain” panel on Saturday from 11:15am-12:15pm in Room 6DE. Afterwards, stick around Room 6DE to see Sam Humphries host “The Super Heroes of DC,” where he’ll spotlight DC Comics' greatest creators. And if you think you know DC trivia, then you should try your hand at Hector Navarro’s “DC Too Tough Trivia” panel Sunday in Room 6DE from 1:45pm-2:45pm. If you bump into a ‘DC Daily’ panelist, be sure to snap a selfie and share it in our Community!

Have you seen any of the DC Daily hosts around Comic-Con? Let us know in our Community!