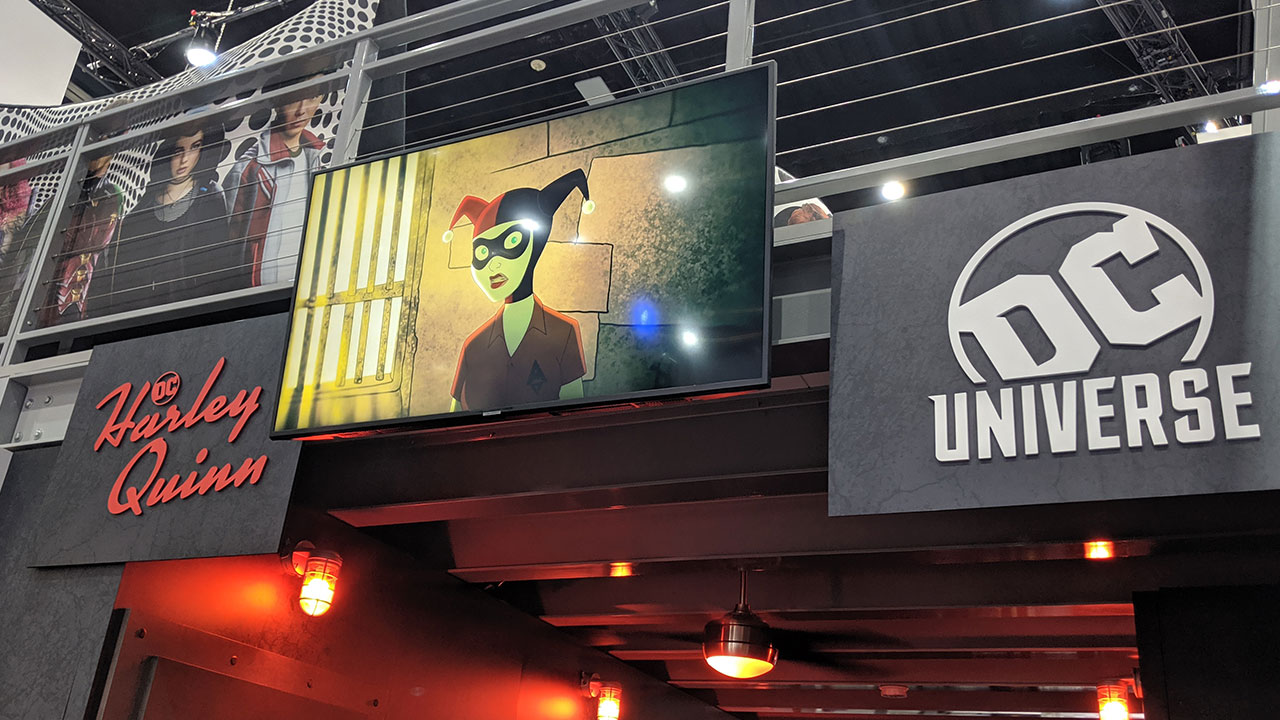 In fact, you can watch the entire DC Universe panel (minus the exclusive TV footage) on ‘DC Daily’s’ Tuesday episode. Trust us, this isn’t a panel you’ll want to miss! Witness the moment when ‘Doom Patrol’s ’Diane Guerrero (AKA Crazy Jane) brought the whole room to applause when she ended months of speculation by revealing “We have a season 2!”

‘Doom Patrol’ executive producer Jeremy Carver talked about what appealed to him about the characters. “Four days before I said I never heard of the Doom Patrol,” Carver began. “[But] from the very first panel I was pretty much sold. There’s so much character in every panel of these comics that I sort of saw through the crazy right to the characters and I was in love and just wanted nothing else but to have the opportunity to bring it to life."

Also, be sure to watch the audience when producers Greg Weisman and Brandon Vietti announced a fourth season of ‘Young Justice.’ The energy is so electrifying you’ll feel like you’re actually in the room. And see if you can spot a few of your favorite voice actors in the audience celebrating the good news. “We have already begun. We are writing, we are coming up with stories, we are on it,” Vietti said.

‘DC Daily’ also conducted some exclusive interviews that weren’t seen on the panel, giving further insight into the next phase of TV content. The trailer for the upcoming ‘Harley Quinn’ series has been generating positive buzz around the internet, and ‘DC Daily’ caught up with the producers of the series. “Our whole take on the show is we wanted it to have the tone of something like ‘Arrested Development’ but in animation,” teased executive producer Justin Halpern. “It is hyper serialized, it is ****ing crazy, and it’s funny,” executive producer Patrick Schumacker said. “ It’s immensely satisfying for those of us who have been Harley Quinn fans since Mad Love, “ executive producer Jennifer Coyle added. Check out ‘DC Daily’s’ Monday episode for the rest of these interviews, plus more exclusives from the producers of ‘Young Justice’ and ‘Doom Patrol.’ It’s a great time to be a fan, and ‘DC Daily’ is making sure you won’t miss a minute of it!

What was your favorite announcement to come out of San Diego Comic-Con? Take our poll and let us know in our Community!