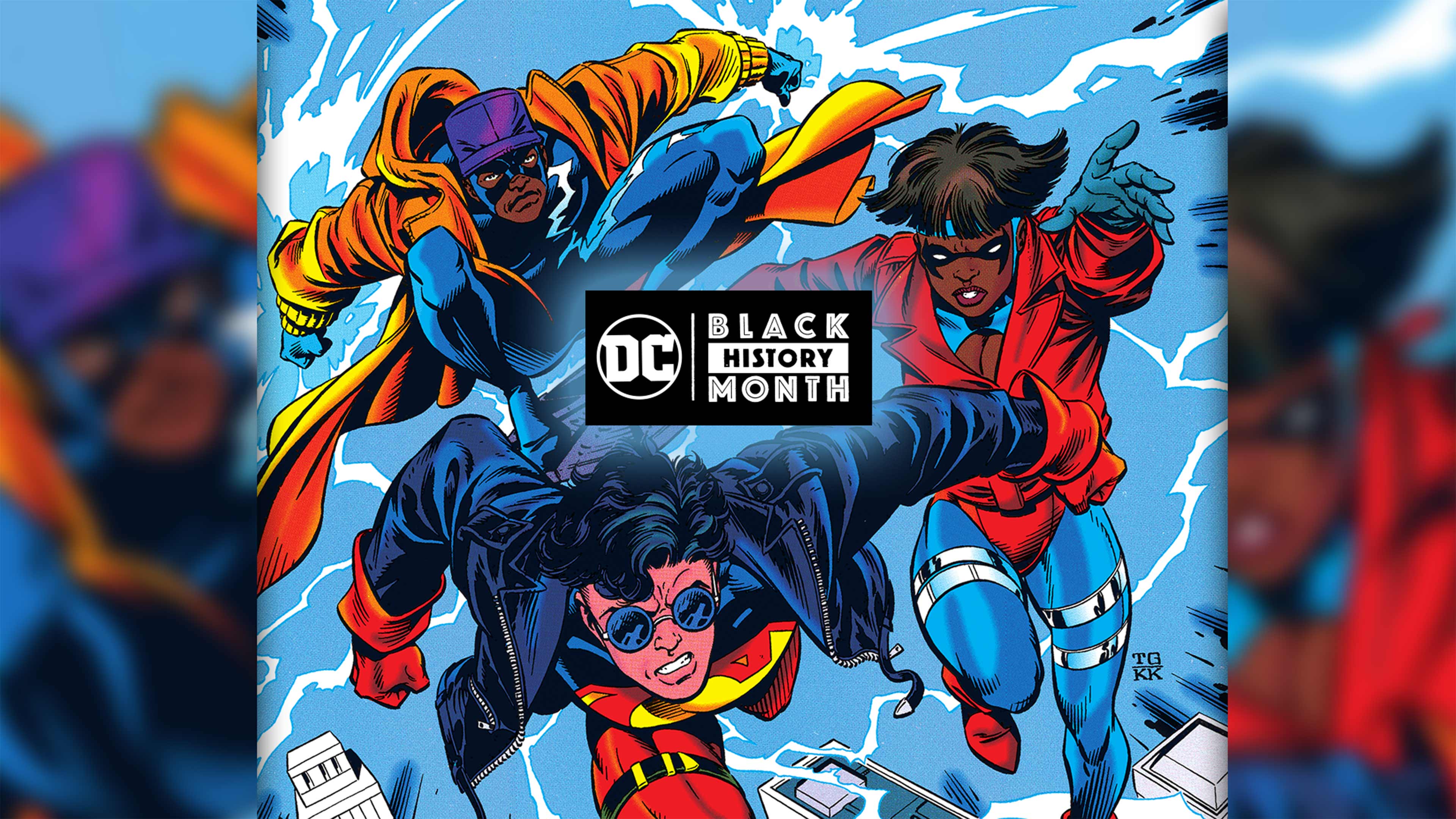 Continuing our celebration of Black History Month here at DC Universe, we turn our attention to the company-wide crossover that brought the Superman books in collision with the heroes at Milestone Media.

Milestone Comics began in 1993 as an imprint of DC; its characters shared a separate continuity from DC, referred to by fans and creators as the “Dakotaverse,” referencing the city of Dakota, in which the heroes resided. Characters like Icon and Rocket, Hardware, the Blood Syndicate, and Static were launched with their own ongoing titles, adding some much-needed diversity to the superhero genre. In 1994, a crossover was proposed, and throughout 14 issues, the heroes of the Dakotaverse would meet Superman, Superboy, and Steel in a story that had them facing a truly existential crisis. 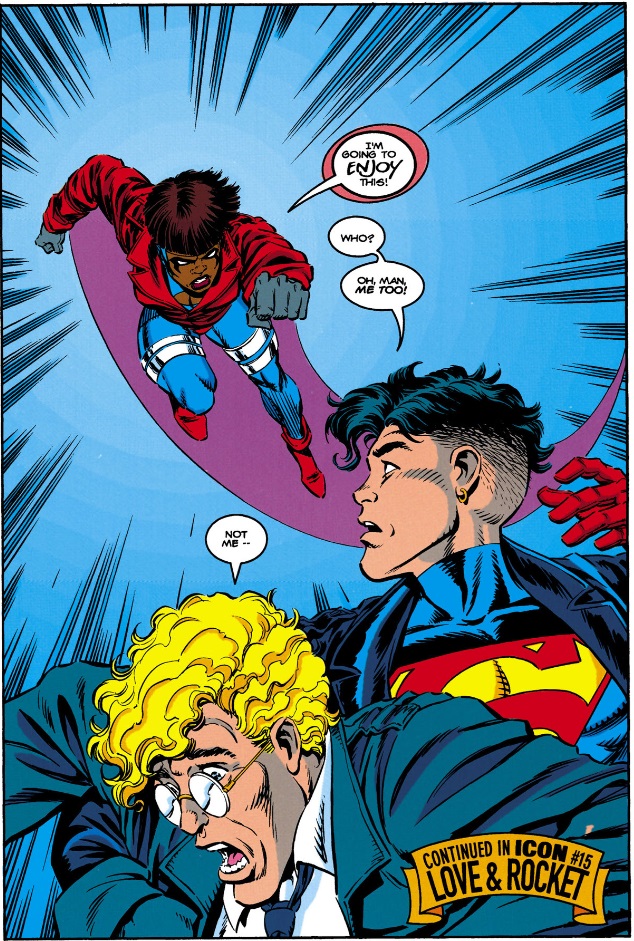 Beginning with Superman: The Man of Steel #35, continuing through #36, Steel issues #6 and 7, and Superboy issues #6 and #7, the story deals with Fred Bentson, a postal worker who exists between two worlds. All his life, Fred has woken up, worked, and gone to bed in Metropolis -- only to dream that he wakes up, goes to work and sleeps in Dakota. Fred believes he created both worlds through his dreams, and that he lives both lives fictionally; although he isn’t sure which one is real. Ultimately, Fred comes across certain men who wish to harness his ability to travel between worlds. White-collar criminals like Edwin Alva (from the pages of Hardware) and the mercenary team Black Ops get wind of Fred’s power and run experiments on how his abilities work. 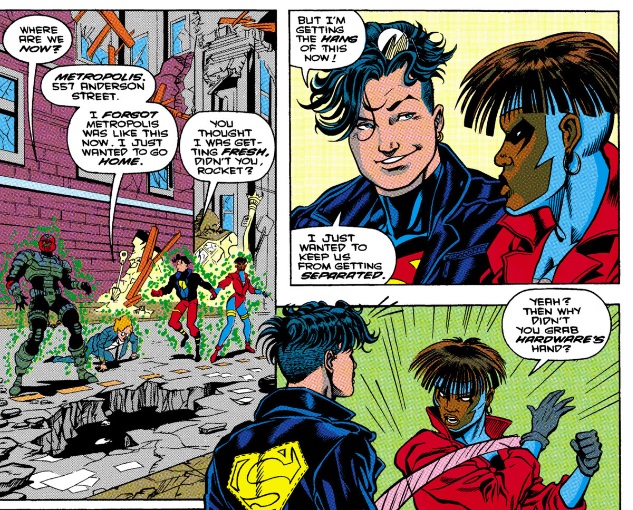 Eventually, Fred is rescued by Superboy, but Fred’s control over his powers weakens. Soon things are flashing in and out of reality, such as a comic book Virgil and his friends have been working on. Wanting to use his powers to turn himself into a powerful being he transforms into Rift, a giant monster made of dimensional energy. As Rift, he believes that nothing from Dakota or Metropolis is real, and he starts killing with abandon. Mad with power, Rift tosses Paris Island over his shoulder, resulting in a massive tidal wave over Metropolis. 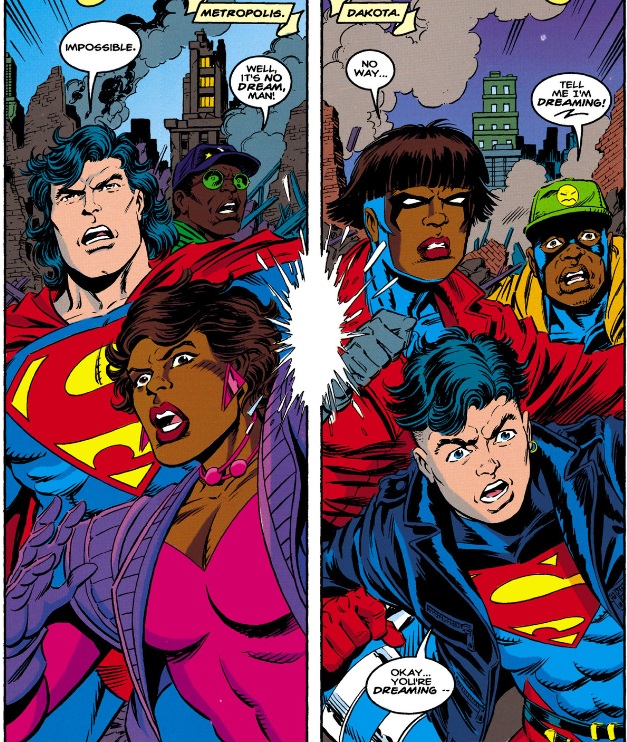 Superman and the Blood Syndicate work together to save Metropolis, while the teen heroes attack Rift. When Superman and Icon remain as the only true threats to Rift’s power, he pits them against each other with the promise of saving the winner’s reality. The two are evenly matched, so Rift decides that Metropolis and Dakota serves as equal opposites and merges the two worlds into each other. 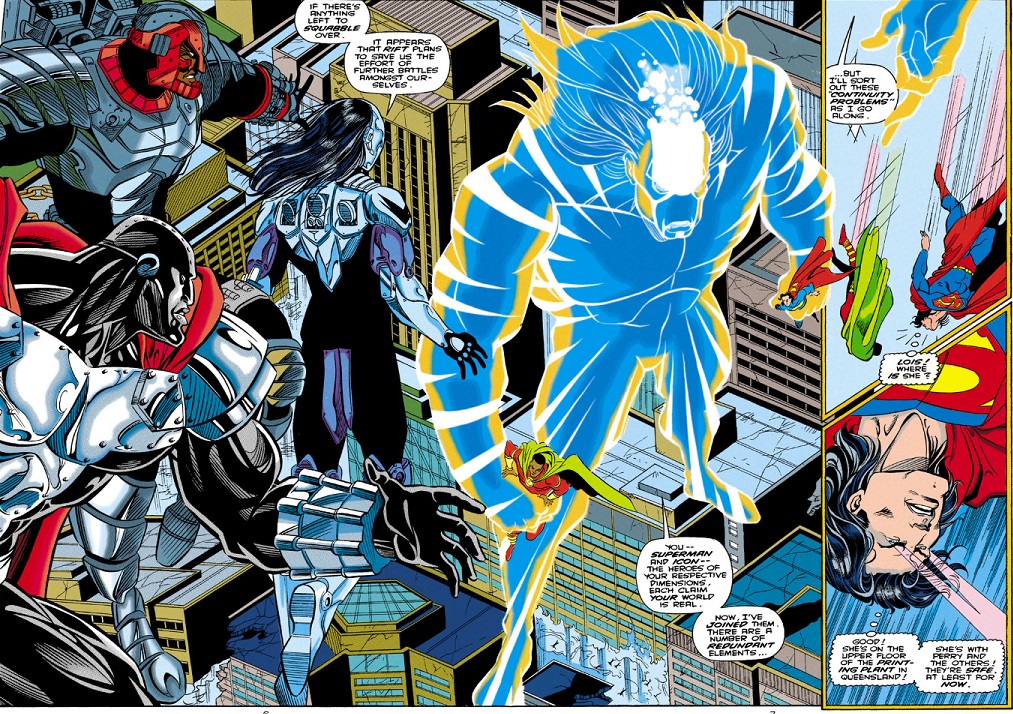 Soon the world is reshaped into a Silver-Age-esque 1950s world. Static, Rocket, and Superboy are refashioned as heroes with costumes akin to the Legion of Superheroes'. But Rift grows more powerful and no one can match him. Superman, Icon, Hardware, and Steel work on a machine to take away his powers, while the teens and the Blood Syndicate continue the fight. Eventually, the heroes defeat Rift by sending him to a containment dimension, separating the two universes and reversing the damage he caused. Both sets of heroes believe the other was fictional, but found their heroism nonetheless inspiring.

There’s plenty of metatext throughout the story, concerning the concept of superhero fiction, continuity, consequences in big battles, and the differing methods of heroism. The characters contrast and compliment each other, with Superman and Icon finding themselves quite alike, and Hardware and Steel learning how, despite their similar backgrounds, they are wildly different. Writer Dwayne McDuffie -- along with Ivan Velez Jr, Robert Washington, Karl Kesel, and Louise Simonson -- came up with a story that poked fun at the convolution of universe-wide crossover events, but made one that was epic, unpredictable, and satisfying all the same.

What's your favorite cross-universe story of all time? Let us know in our Community!