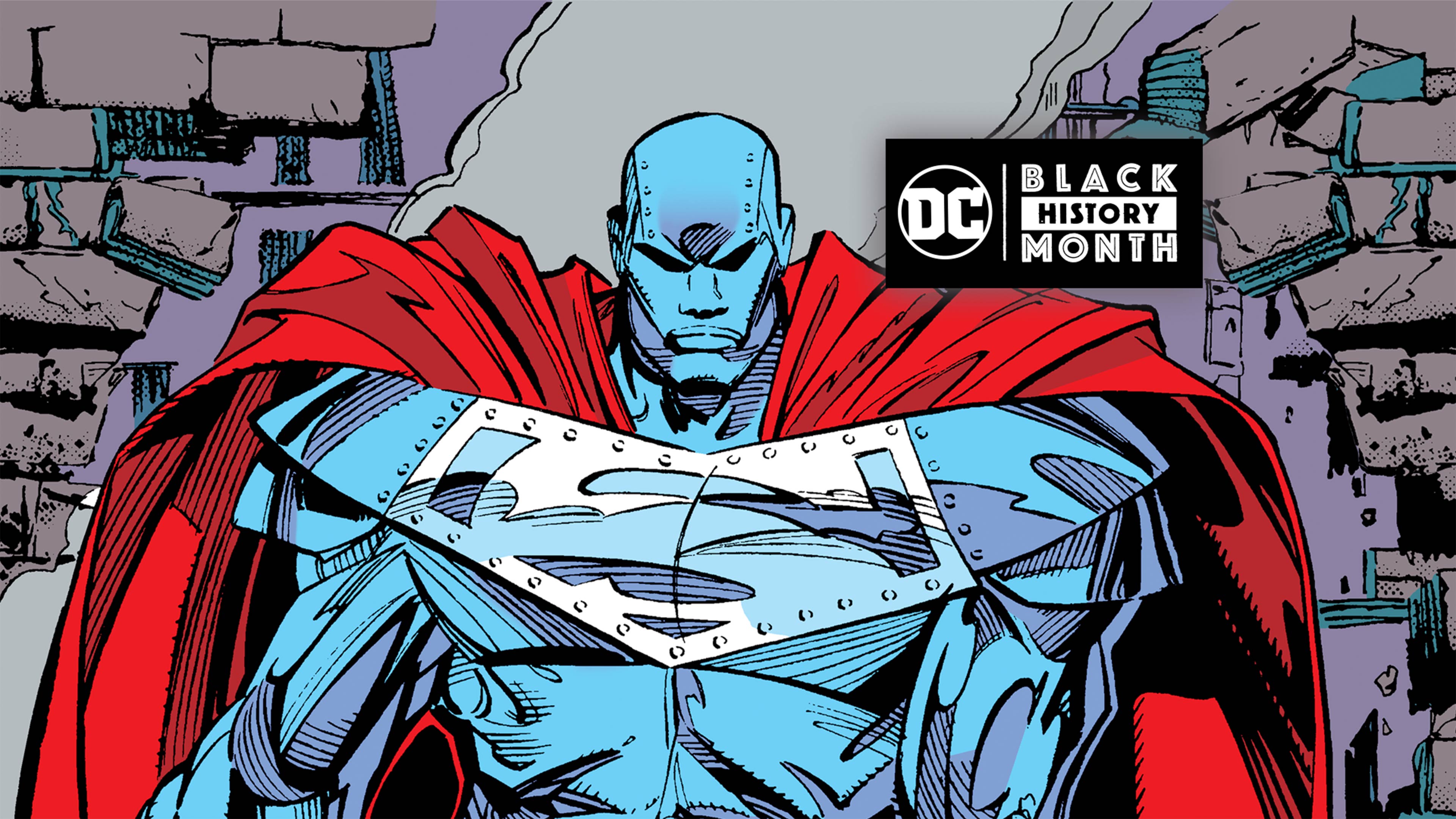 DC Universe’s celebration of Black History Month continues, and today we’re taking a look at Superman: The Man of Steel #22 -- the issue and story that introduced the one and only Steel! Steel's alter ego John Henry Irons is one of the most compelling African-American heroes in the DC Universe, and it’s not hard to see why he proved to be a dynamic new character.

It was the summer of 1993, and Metropolis was currently reeling from the Death of Superman event. Things had taken a turn in Adventures of Superman #500 when Lois Lane discovered that Superman’s tomb was empty, and what happened next only raised more questions. People began to report sightings of the Man of Steel throughout the city, with nobody sure who the real deal was. Each of the four monthly Superman titles focused on a different suspect, with Superman focusing on the Cyborg Superman, Action Comics featured the Eradicator, Adventures of Superman introduced Superboy, and Superman: The Man of Steel appropriately featured the debut of Steel. 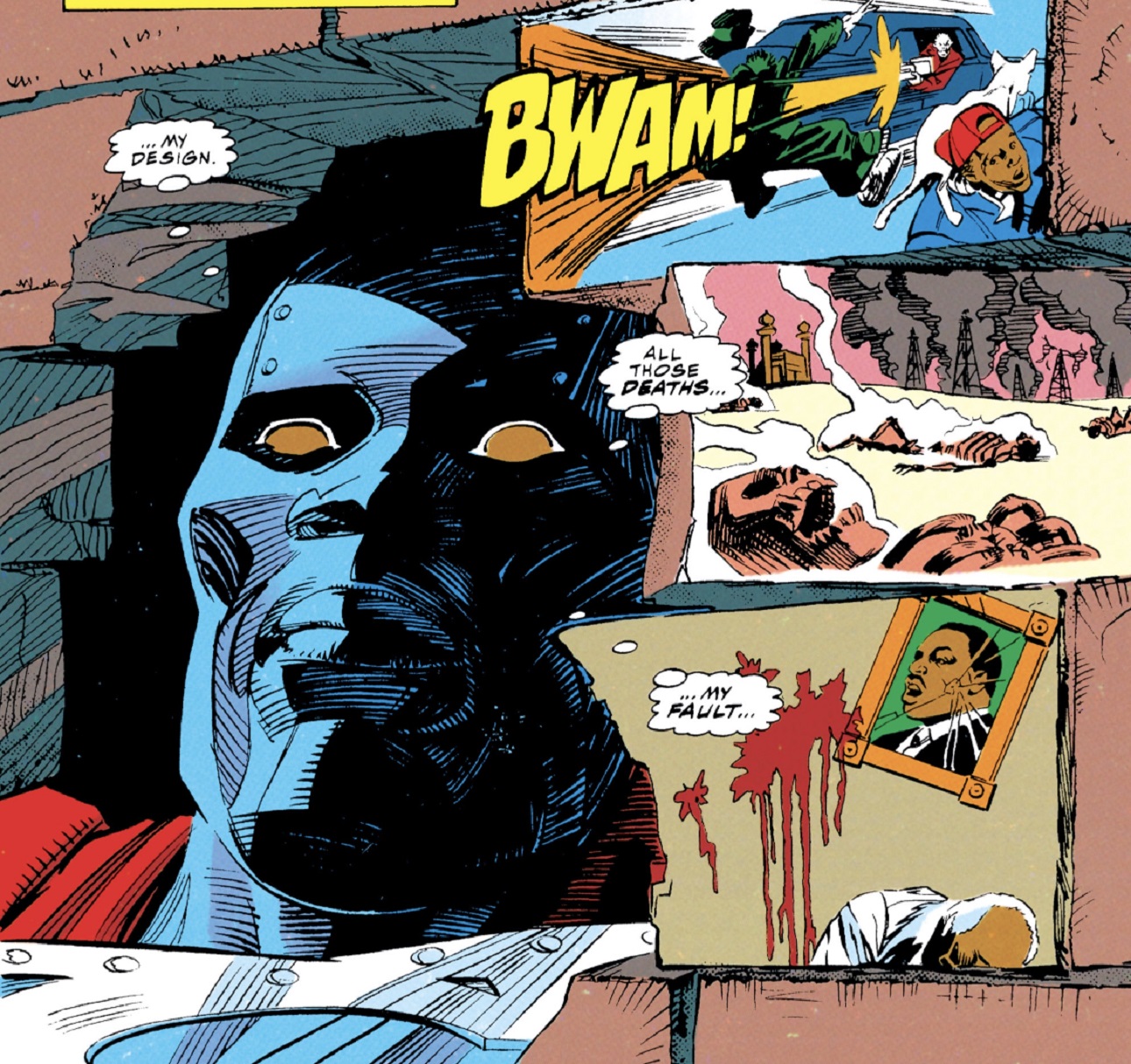 The comic opens with John Henry Irons telling stories to some neighborhood kids, who respect Irons and compare his voice to Darth Vader. Things take a tragic turn when one of the boys is caught in the crossfire of a gangland shooting. Irons races after the car, not caring about his own safety but is unable to catch the criminals, and his injuries from the chase land him in the hospital. During his recovery we learn that there’s more to Irons than meets the eye. The reason he took the death of the boy so personally was because he recognized the gun the gang members had used – he had invented it! Irons was also going by the name “Henry Johnson” and seemed to be running from his past. Flashbacks also reveal that Irons was once saved by Superman, who inspired him to do something with his life.

After leaving the hospital Irons immediately went to work, crafting his own suit of armor. Inspired by Superman, Steel’s costume had a red cape and an S emblem on the chest. He goes after the criminals, while their leader the White Rabbit recognizes Irons under the armor. Although this is the 22nd issue of Superman: The Man of Steel, it feels like the pilot for a Steel series. It sets up Irons' story and introduces a few mysteries. How does White Rabbit know Irons? Why is he using the name Henry Johnson? Why does he feel he needs to redeem himself? Writer Louise Simonson and penciler Jon Bogdanove knew how to craft an engaging story, and that’s why their long run on Superman: The Man of Steel was one of the most consistent quality comics of the 1990s. 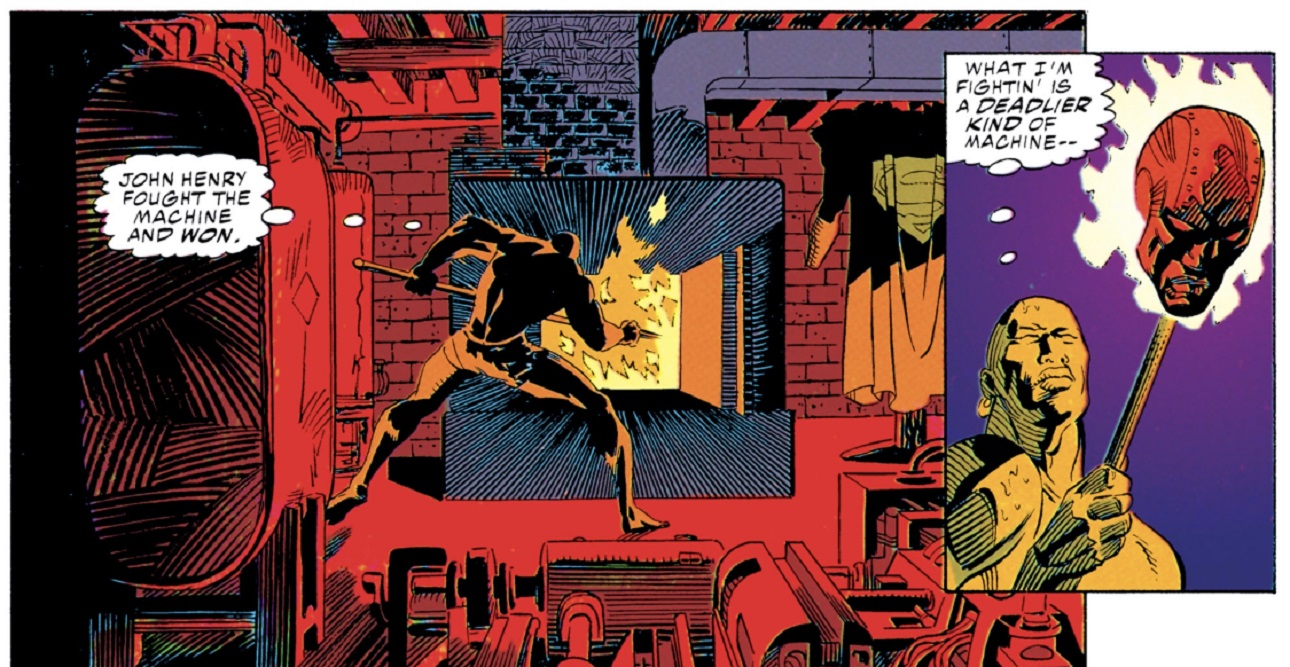 Steel was the only hero from the Reign of the Supermen saga that didn’t have any powers, but he had the sharpest mind, and one of the biggest hearts. As this story demonstrated, John Henry Irons was a brilliant inventor and a skilled engineer. He took the time to mentor the neighborhood kids, including a boy named Keith, whom we will spotlight in a future Black History Month article.

Steel proved that he was more than a mere Superman replacement. He became a regular supporting player in the books and was given his own successful ongoing series. His 1997 motion picture may not be his finest moment, but consider this – superhero movies weren’t as frequent as they are now, and the fact that Steel was given one is a testament to his appeal. Like the alloy he’s named after, Steel is made of strong stuff, and this is the story in which he was first forged.

What's your favorite Steel story? Let us know in our Community!