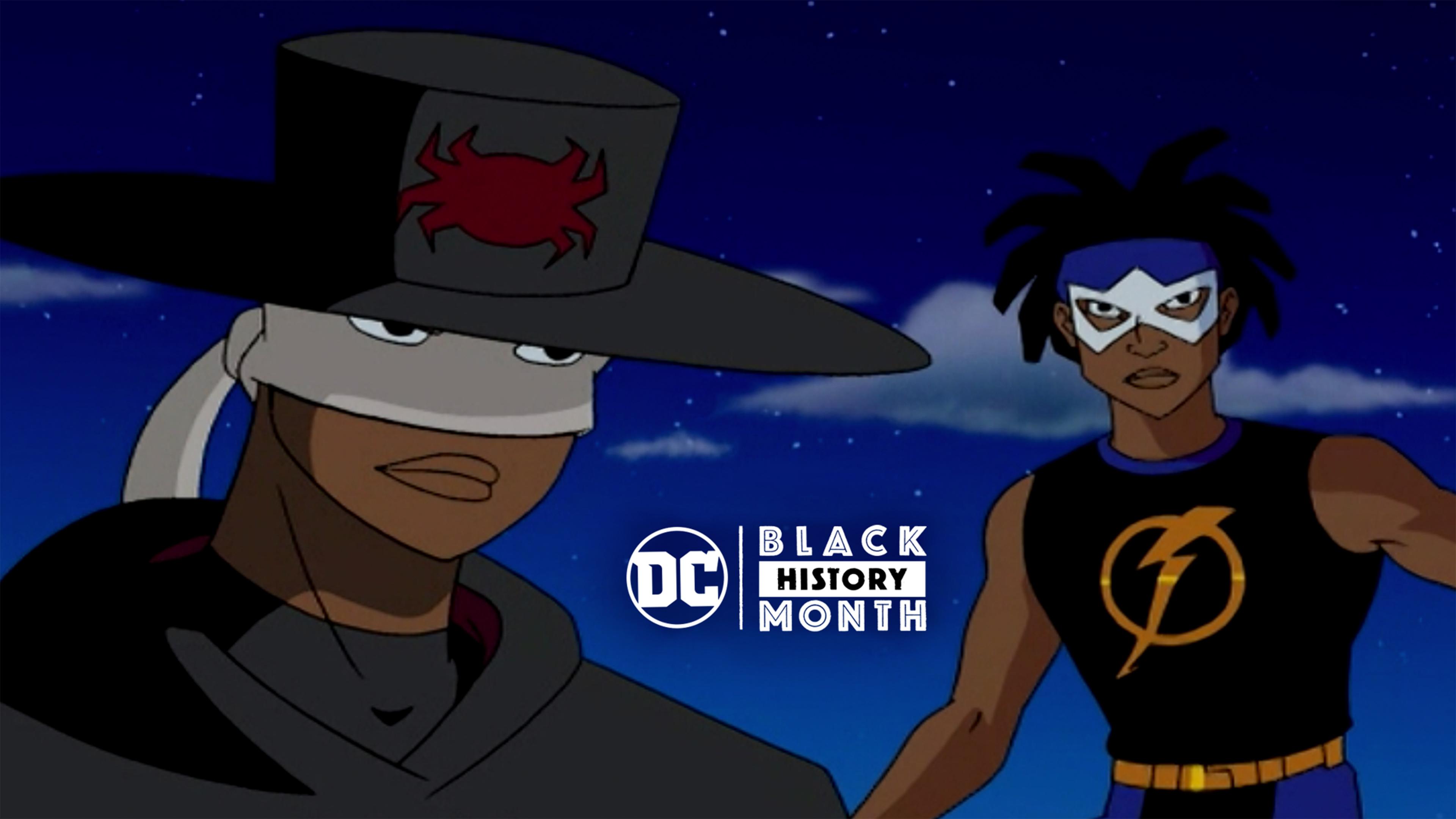 To kick off DC's celebration of Black History Month, we're exploring Static Shock's "Static in Africa," where Static and his family traveled to Africa and Virgil grappled with the idea of Pan-Africanism.

As described by Virgil’s sister Sharon, Pan-Africanism is the belief in the unity of all black people in their cultural connection to Africa. It’s a feeling that Virgil doesn’t share at first. He, Sharon and their father are on a long-prepared for trip to Ghana, and for much of the first act, we watch Virgil changing his interests from the external attractions of the African nation like its wildlife, to the sense of connectivity. While his father Robert has drummed a lot of trivia factoids into his kids’ ears, and Sharon quickly becomes engrossed with the African artifacts and souvenirs, Virgil takes to the communal feeling of belonging. On their first night while everyone is asleep, Virgil flies off as Static and supercharges his Shock Box, Static’s communication device, to talk to Richie back in Dakota. Bursting with excitement, Virgil tells Richie that he feels connected in Africa and only feels like a kid and not specifically a “black” kid, asking Richie if that’s how it is for him in America. Richie is at a loss for words. 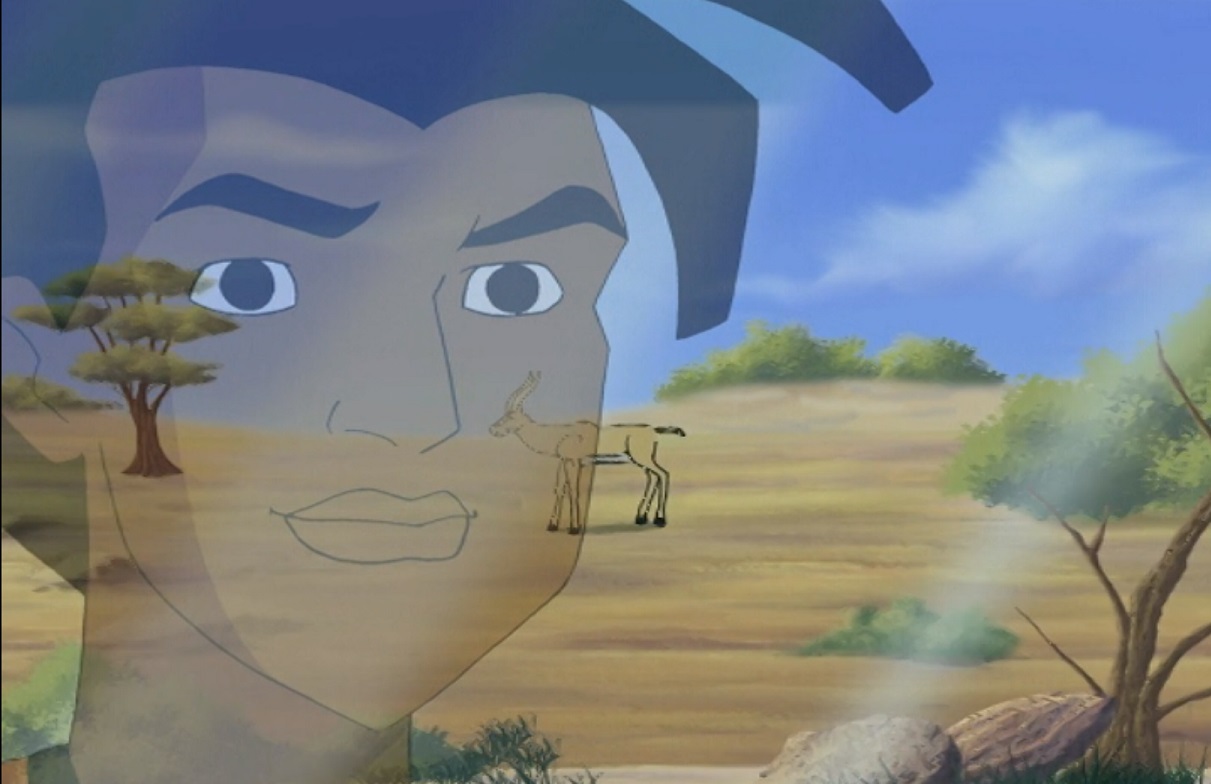 Creator Dwayne McDuffie (who also wrote this episode) often spoke about black representation in comic books, lamenting the fact that tokenism was so pervasive in superhero diversity that a single character of color would automatically be tasked with representing the entire spectrum of that character’s race. In “Static in Africa”, Virgil tells Richie that he feels like he’s been carrying a weight his entire life, only realizing it once the weight was lifted in Africa. The importance of this is how it’s set in the context of Static Shock. This is the third episode in the third season of a series that was consistently diverse. Black characters, good and bad, permeated the streets of Dakota in every episode. Yet it’s still understood as a microcosm of the larger American white majority. With this episode, McDuffie presented the experience of visiting Africa as a young black kid more than the weighty import of Ghana’s history or facts about Africa people might not know about, although that’s all in here as well (Robert Hawkins could be an author surrogate in that regard, and he already visually resembled McDuffie.) 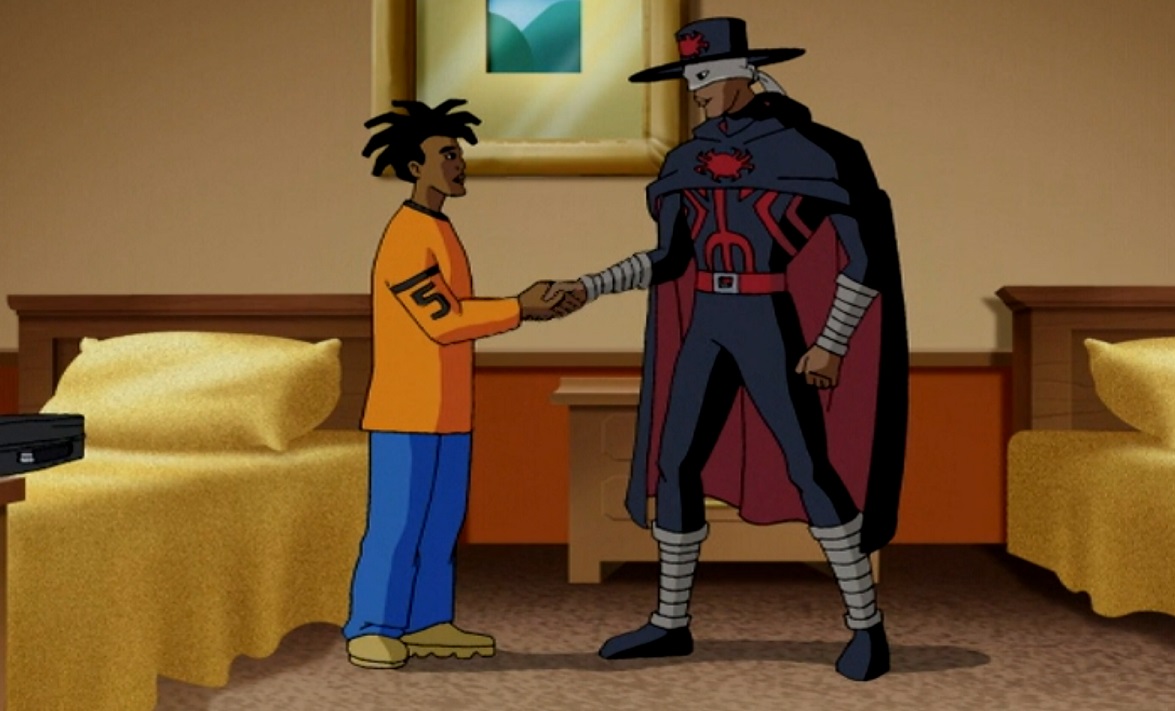 While riding a train with Dr. Anokye, an archeologist with a map to a lost city of gold, Virgil meets Anansi – the superhero of Ghana who patterns himself after the trickster god Anansi the Spider. As Anansi battles the villain of the episode Osebo, Virgil watches with wide eyes, admiring Anansi’s cool wit under pressure.  Virgil soon revels his secret identity to Anansi and the two team up to stop Osebo from wrecking Lake Volta. At the end of the adventure, Virgil tells Anansi that he wishes there were more black heroes in America for black kids to admire but Anansi reminds him that heroes come in all colors. Virgil agrees, but says that the presence of a black hero to look up to feels validating to him. Anansi assures him that the kids of America have a black hero they can admire, putting his hand on Virgil’s shoulder. This rounds the episode back to what Sharon was saying in describing Pan-Africanism, a unity of black people through cultural connection. Static connects to Anansi as he sees the potential and diversity in black people that he doesn’t see often afforded in America, and Anansi assures him that as long as Static continues his heroism, black kids across America will feel just as connected and validated as Static did in Africa.

Do you agree with Static that there should be more black heroes in America? Talk about it in our Community!