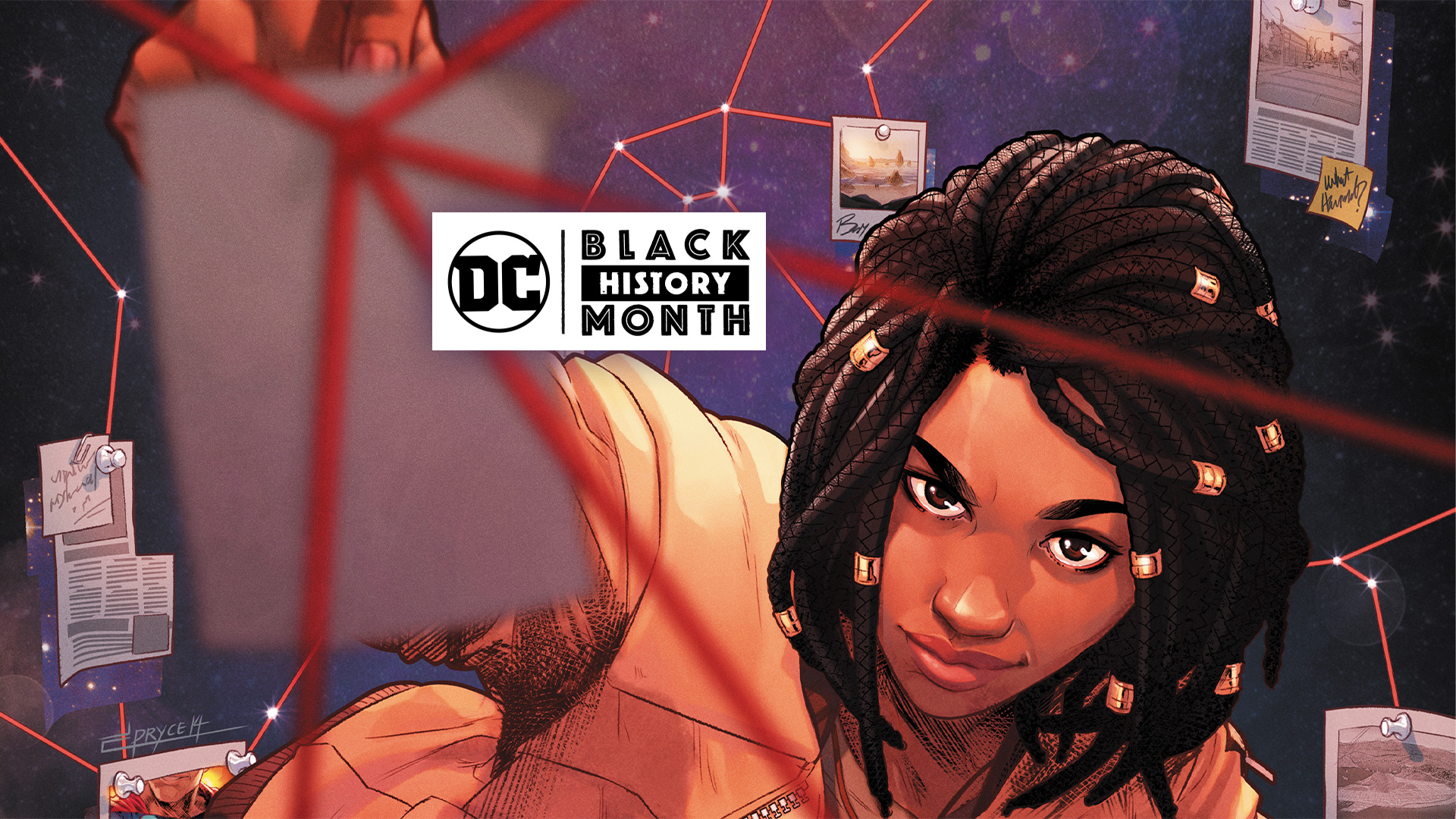 Throughout much of our celebration of Black History Month, we’ve observed DC’s notable black characters and stories from the past. Recently, however, there’s been a new black lead, featured in DC's Wonder Comics imprint, and her adventures give a very different take on what it’s like to live in the DC Universe. This is the story of Naomi.

We begin in the aftermath of a fight between Superman and Mongul in the small town of Port Oswego. Naomi, a young teen, rushes to meet her friends and is in agony on having missed the only superpowered incident happening in their neck of the woods. All anyone describes Port Oswego as is a place where nothing interesting ever happens. 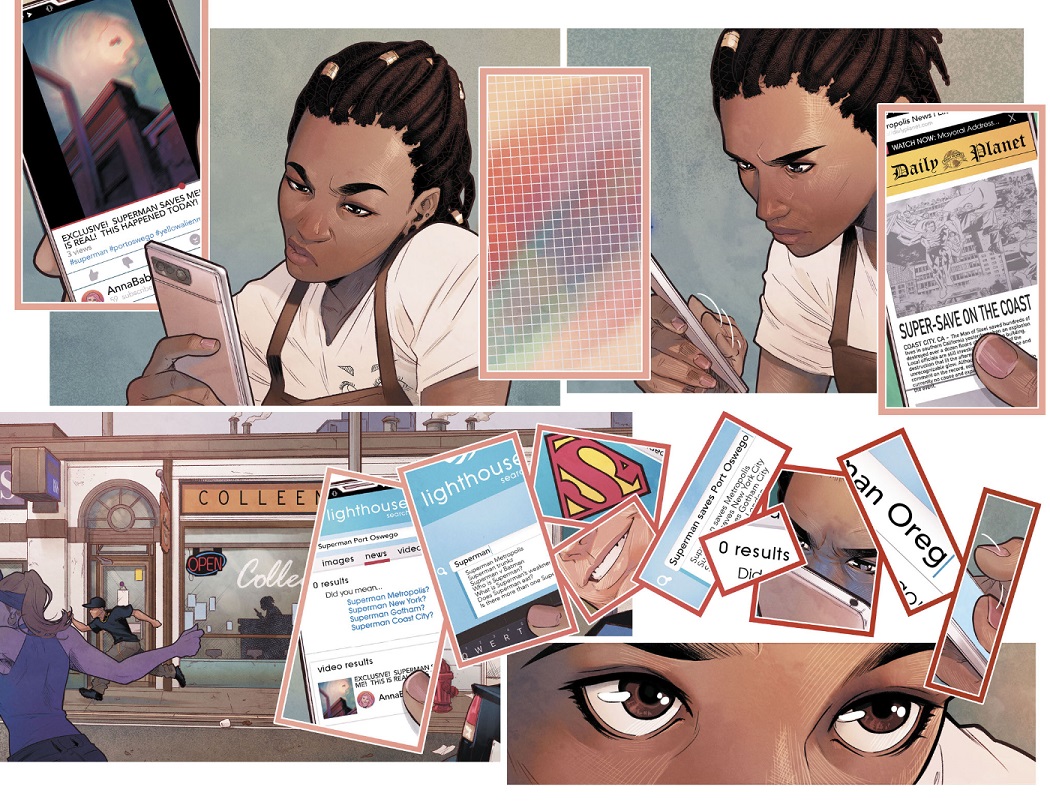 Naomi is flummoxed. She’s both frustrated that she missed the big super-fight and bothered by the fact that no national news coverage bothered to report it. While she’s killing time on a slow day at work scouring, the internet for any kind of buzz on the event, her friends texts her that Superman has returned to help clean up the damage from the battle. Naomi rushes over just in time to see him fly away. 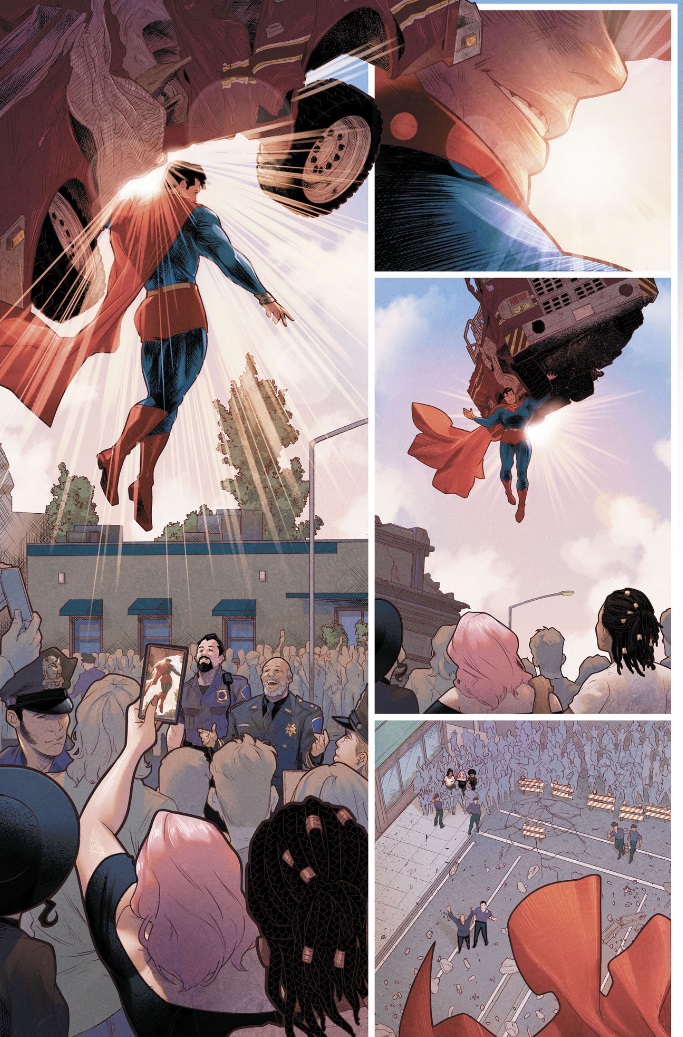 Soon after, Naomi discusses the events and her feelings with her therapist. Both are excited by Superman’s presence in their town, but it quickly becomes apparent that the whole thing has gotten under Naomi’s skin. Her therapist surmises that Naomi is experiencing what’s known as the “Superman Complex”, a feeling of ennui for adopted children, seeing Superman and hoping that they too will learn they come from someplace special. Naomi’s surprised by this idea, but agrees that it’s the closest to how she feels. 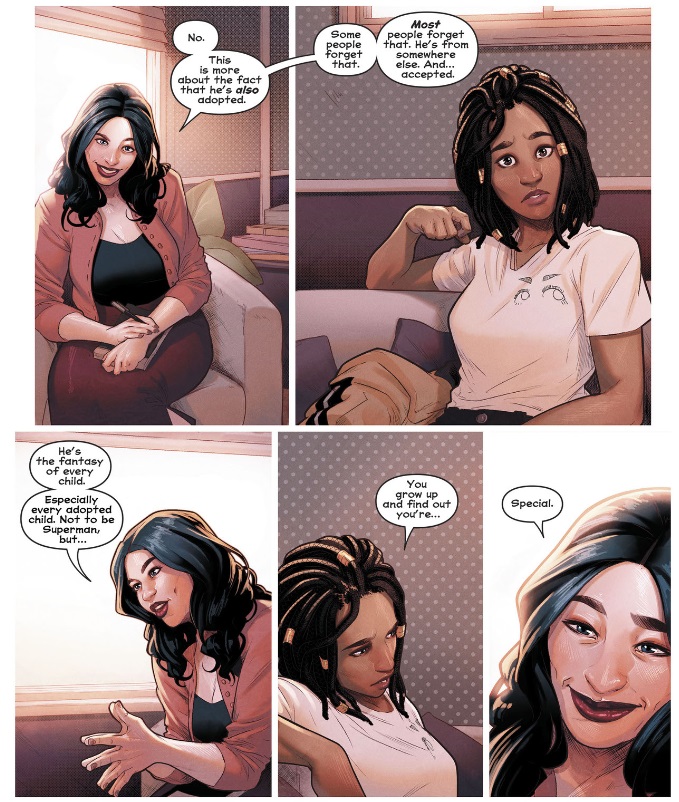 Near the end of the day, her friends are still discussing Superman’s return when someone mentions rumors of a past super-incident happening years before any of them were born. This fires Naomi up, and she asks as many people she can find about such an event, to no avail. No one either remembers or believes that anything like the Superman fight happening in Port Oswego before. Suddenly, Naomi senses that she’s being watched, and spots Dee – the local mechanic – meeting her gaze before retreating into his garage. After Naomi peppers Dee with questions, he admits that he does know of an strange event that happened years ago. After some awkward pauses, Dee ominiously states that it was seventeen years ago on March 14th – the same day Naomi was adopted.

As a first issue to a new series, Naomi #1 does a great job in getting the reader inside its hero's head and relating to her perspective. We follow her as she goes from person to person, place to place, always feeling half-done with the people she interacts with. It’s also notable that Naomi is the only black character in this first issue, making her uneasiness more palpable. She has friends who care for her, but thematically, the issue puts across the frustration of displacement that blends into different topics, such as living as an adopted child, as a minority, and as someone with a “Fear of Missing Out.” Written by Brian Michael Bendis and David F. Walker and superbly illustrated by Jamal Campbell, it’s a great first issue for a compelling new character in the DC pantheon.

What do you think the mystery at the heart of Naomi is? Talk about it in our Community!