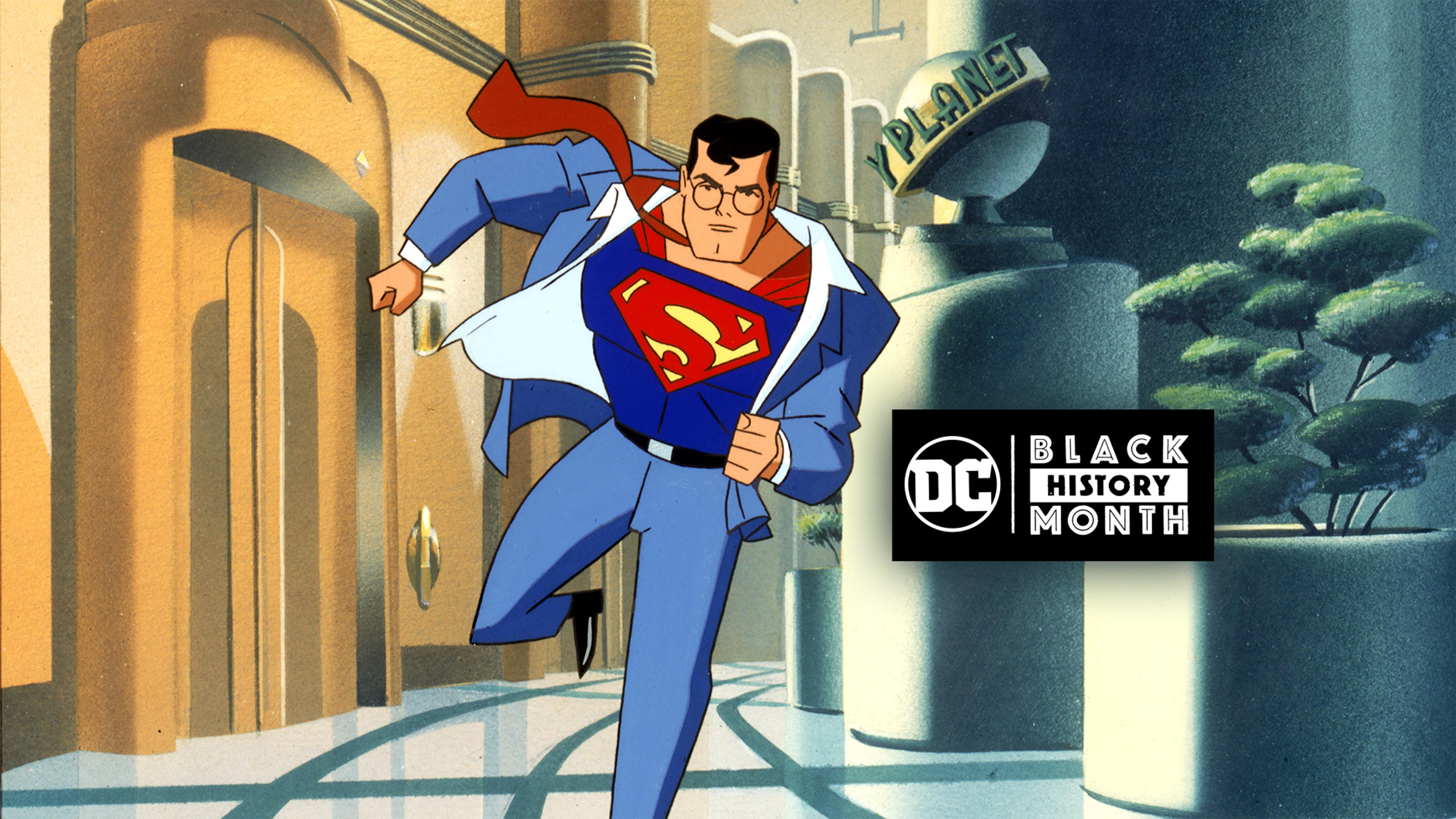 Today's article might strike some as a curious topic for DC’s celebration of Black History Month. Superman is many things to many people, but a character of color he isn’t. It’s important, however, for our celebration not only to remember the many characters and creators that demonstrate the breadth of DC’s diverse pantheon, but also the stories where important social issues are confronted with verve and dexterity. Let’s look at the second season episode of Superman: The Animated Series, “The Late Mr. Kent”. 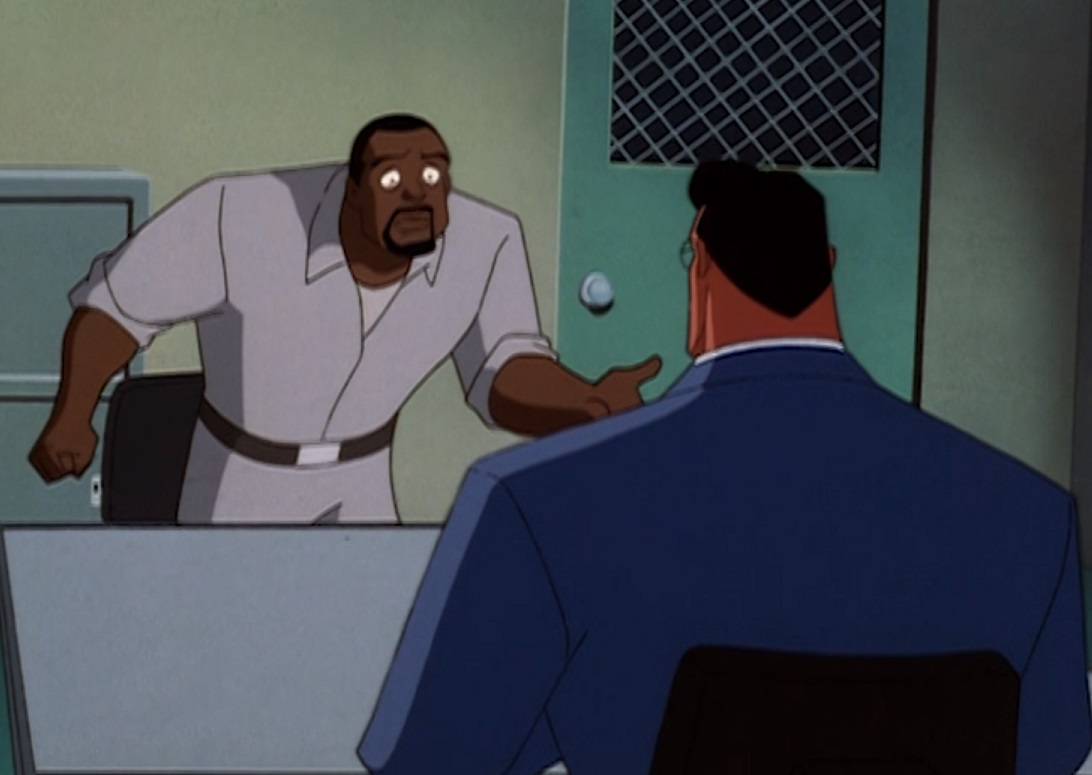 Through narration by the Man of Steel himself, we learn that Clark Kent was sent on assignment to interview Ernest Walker, a condemned thief who was sentenced to die for killing a woman five years earlier. During the interview, Clark senses Ernest’s steady heartbeat and clear gaze, and concludes the man’s honesty. He investigates the details of the crime but is warned off by the arresting officer, Detective Bowman, and Lois & Jimmy, all who repeat the sentiment “Everyone knows he’s guilty.” But when Clark researches Walker’s alibi of eating pizza at home, he finds that this went uninspected by his public defender. 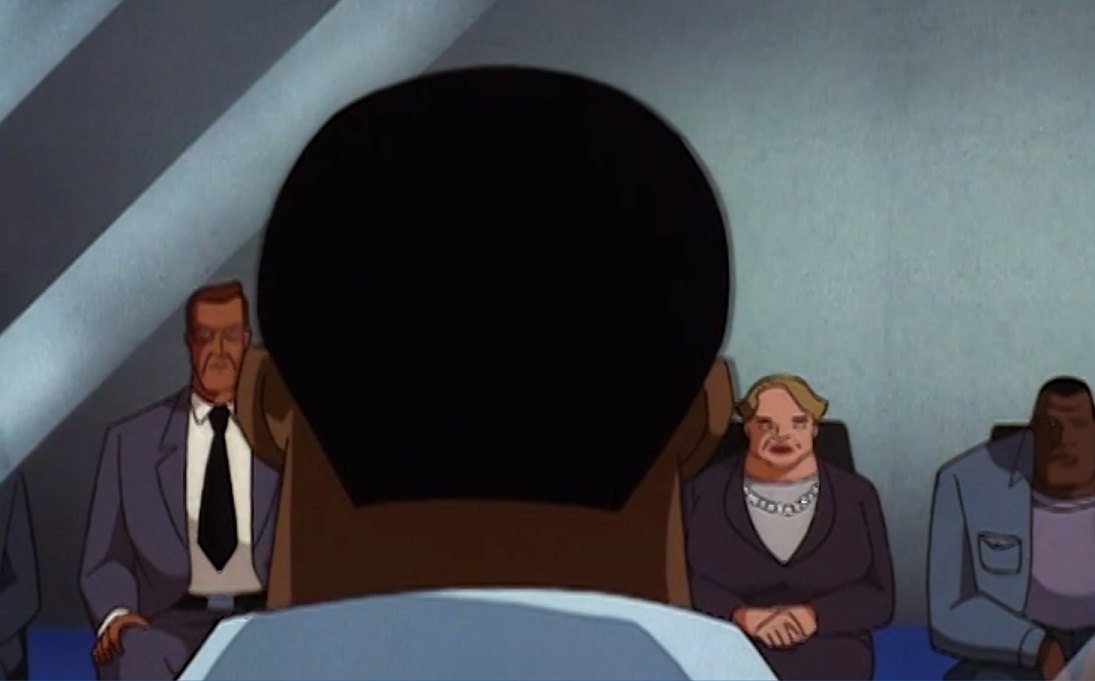 Finding proof of his alibi on the pizza restaurant’s computer disk, Clark drives to the Governor’s mansion when his car explodes. The disk is destroyed and his car flies into the ocean in full view of a nearby fisherman. Clark now has two dilemmas on his hands, faking his death to keep his secret identity, or revealing himself to the world in order to save Walker. Unsure of himself, he visits his parents’ home in Smallville, then later attends his own funeral in secret. It’s then that Clark resolves to tell the Governor everything, even if it meant revealing his identity. Fortunately, upon arriving at his apartment, he finds Lois conducting her own investigation. The two find that his phone was bugged (Clark called Lois the evening before to brag about the discovered evidence,) then a bomb explodes and destroys any remaining evidence Clark might’ve had at his home. While putting out the fire, Superman spies Det. Bowman in the crowd and deduces that he set Walker up to take the fall for the murder that he committed. 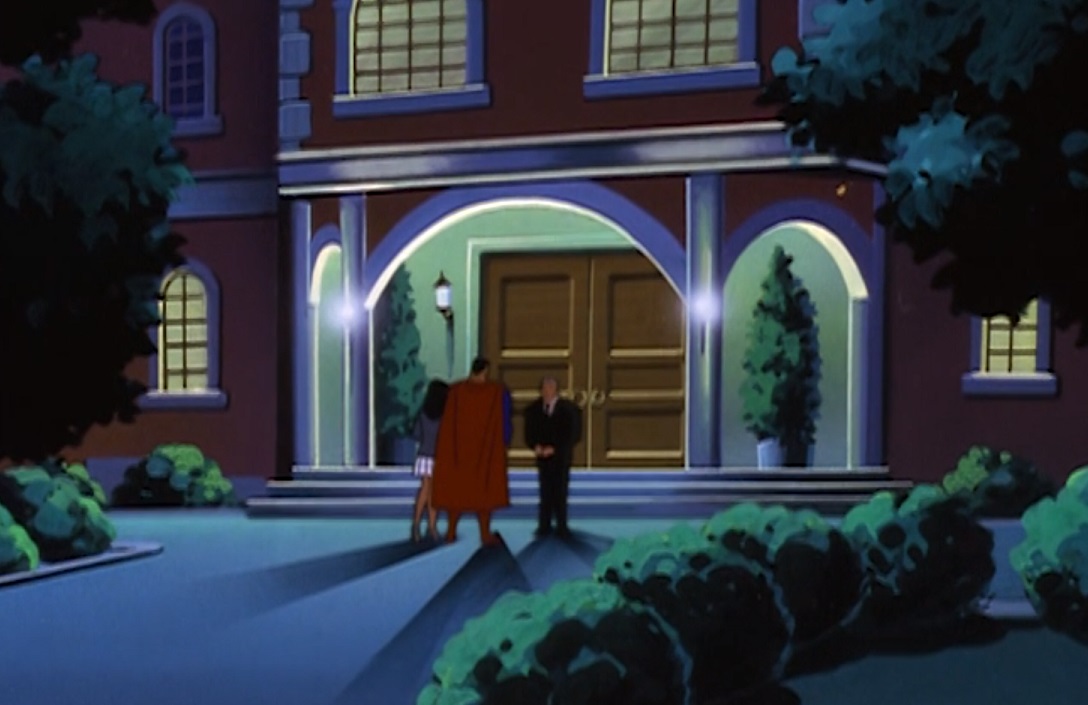 Superman and Lois corner Bowman to get him to confess, and after a failed escape attempt, apprehend him. But it’s not over. They fly to the Governor’s mansion, only to have just missed him leaving to attend Walker’s execution. Superman quickly speeds over to disrupt the proceedings and saves Walker from the gas chamber at the last second. With Lois’ evidence and Bowman’s confession, Walker is set free. Later, Clark has Lana provide an alibi for his whereabouts and keeps his identity intact, while Bowman is sentenced to death for the crimes committed as a police officer. 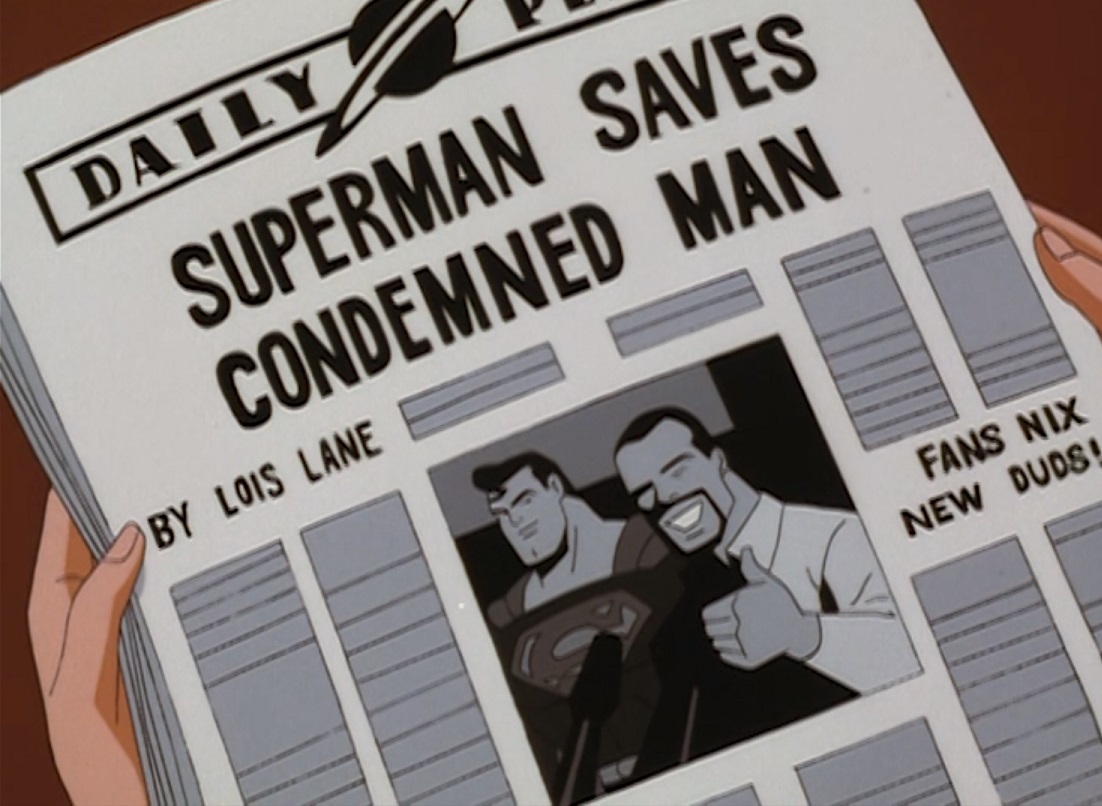 The politics of this episode are subtle, but present throughout. A black man was condemned to die for a crime he didn’t commit, and hardly anyone believed him. Though certain aspects of the episode are slightly dated—a floppy disk serves as a crucial piece of evidence—the theme of circumventing a miscarriage of justice of this kind can be found in Superman’s history leading up to this 1997 episode. In Action Comics #1, we first meet Superman as he’s rushing to meet the governor to release an innocent woman framed for murder and sentenced to die.

This characterization carries over to the Post-Crisis Superman, as demonstrated in Superman #81. In order to get Lois to believe that he’s not an imposter, Clark references his favorite movie, “To Kill a Mockingbird”, which is the story of Atticus Finch, a lawyer who represents a black defendant accused of a crime he didn’t commit. 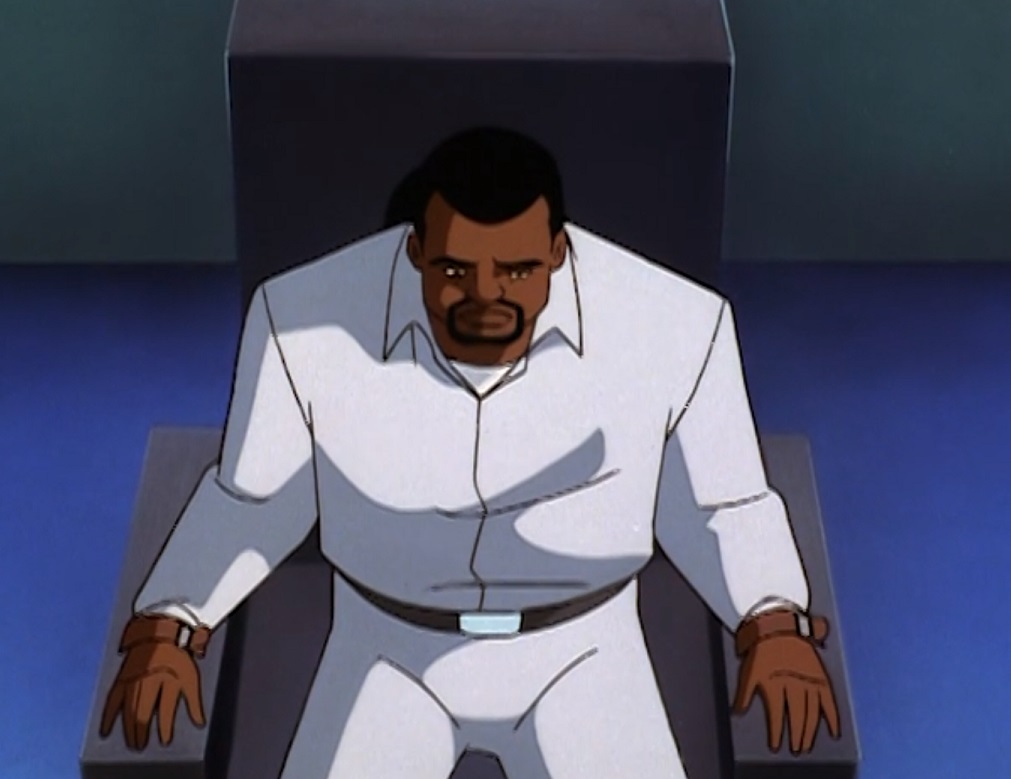 It’s elements like these that make Superman the “Champion of the Oppressed,” as he was originally characterized by creators Siegel and Shuster. It’s important to the character to keep his attentions towards all forms of injustice, and important to DC to concern their stories with those which affect all types of people, whether the lead protagonist is a person of color or not.

What's your favorite story in which Superman serves as a Chamption of the Oppressed? Talk about it in our Community!