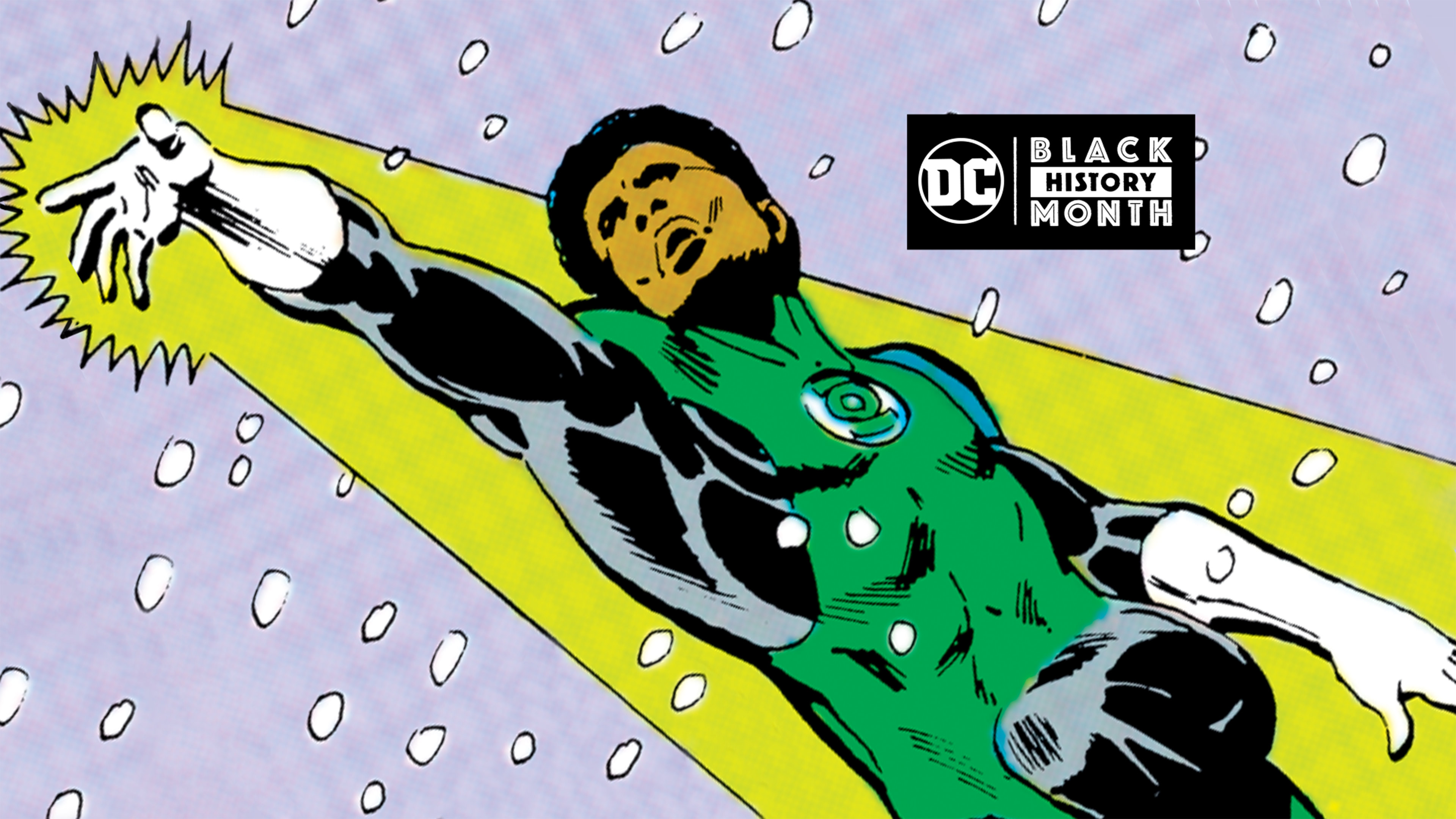 DC’s celebration of Black History Month continues, with a story called “The Man Who Murdered Santa Claus” from Justice League of America #110. The title of this story might make you think we made a goof and accidentally published a lost article from our “12 Days of DC” event, but this story is actually an important chapter in the life of John Stewart. Not only was this Stewart’s second appearance after being previously introduced in 1971’s Green Lantern #87, but this was his first time teaming up with the Justice League.

The story opens with a department store Santa triggering an explosive trap. Batman and Superman find a cryptic note on his corpse, promising that an entire city block is next unless the Justice League can find the lock that goes with a special key. Superman and Batman assemble the League, but the Green Lantern who shows up isn’t the one they were expecting. 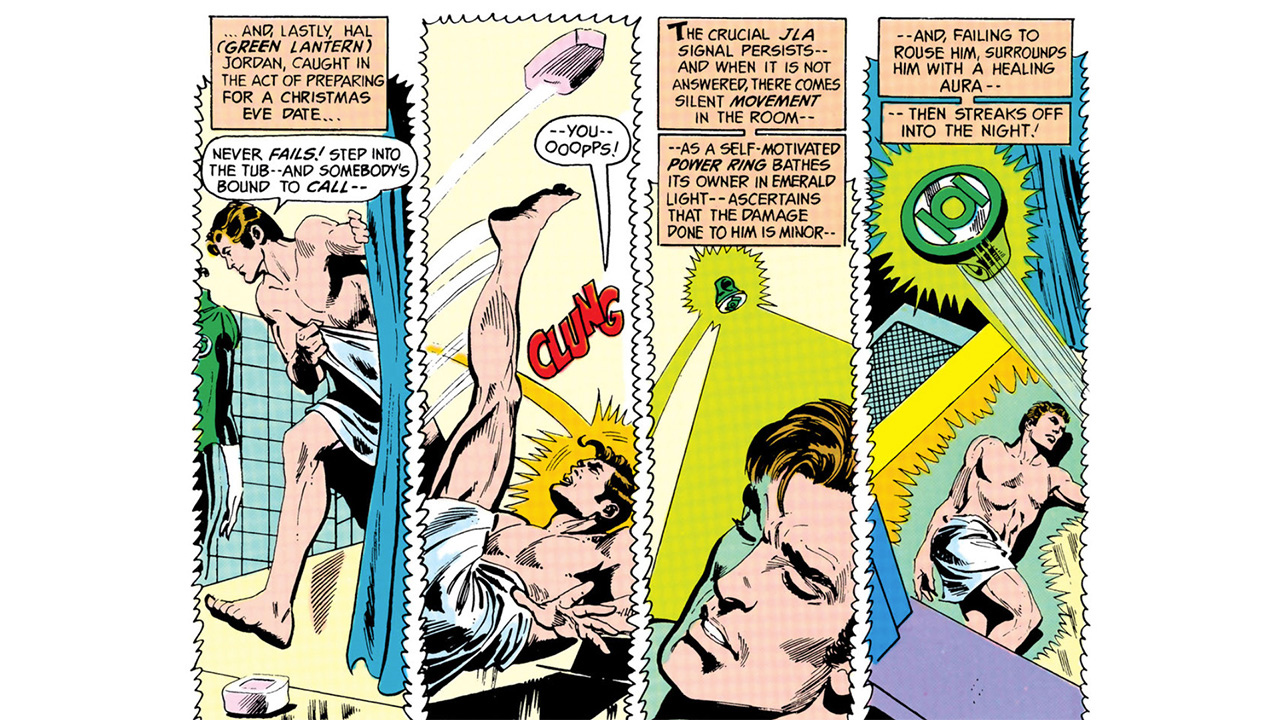 The Green Lantern Corps had a different setup during this era, and it required the Lanterns of each sector to have an understudy on standby in case they became incapacitated. John Stewart was Hal Jordan’s Lantern understudy, and when Jordan was injured during the first act of the story, the Lantern ring drafted Stewart into service. Why was Hal unavailable? Was he injured during a fight with an intergalactic foe? Nope, he slipped and bumped his head after taking a bath. If you don’t believe us, check out the issue yourself. 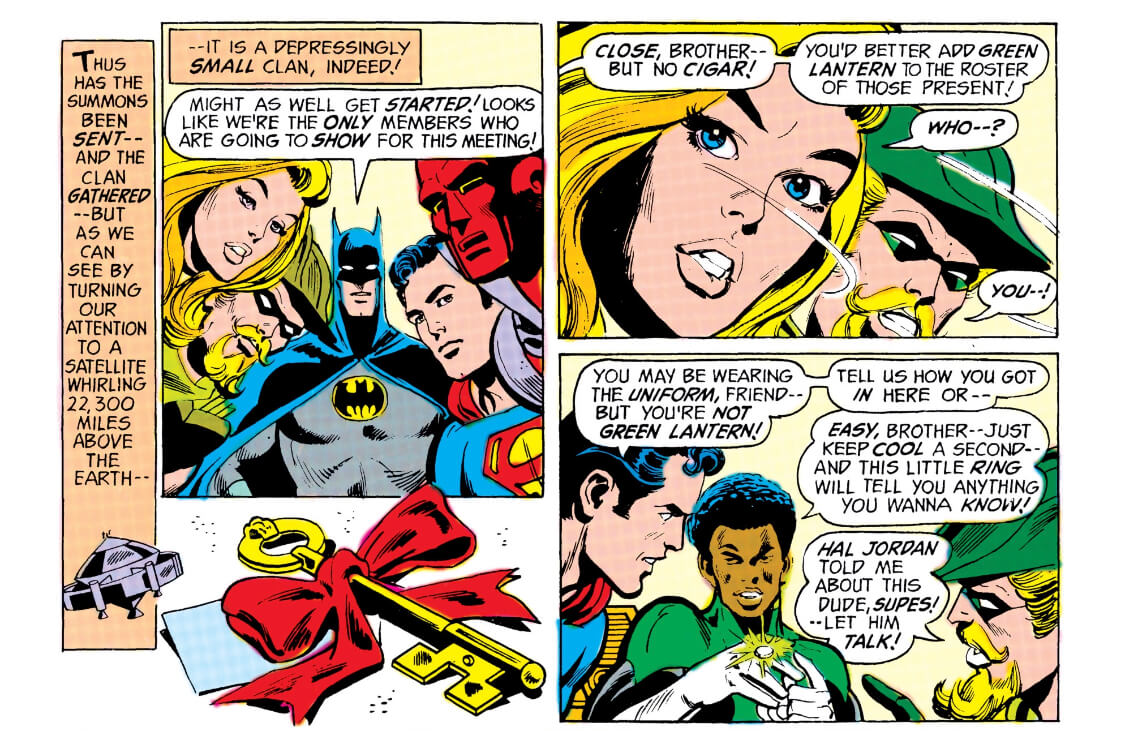 The Justice League is initially wary of John, and refer to him as “substitute Lantern” and “Green Lantern stand-in” throughout the story. At one point Green Arrow condescendingly explains the rules that the Guardians have regarding ring use. Stay in your lane Oliver, you’re not a Lantern.  In the face of his doubting teammates, John Stewart stands tall. At no point in the story does he worry about measuring up to the famous heroes he’s working with, or worry about being out of his depth. When their search for the lock takes them to a derelict building, John’s quick thinking helps him survive a series of death traps, even though the other Justice Leaguers seemingly perish. The villain is revealed to be an old foe known as the Key, and thanks to the Phantom Stranger, the team survives their ordeal and make quick work of him.

Since this was only John’s second appearance, some of his characterization and backstory was still being ironed out. However, he comes off as the MVP of the story. John and the Red Tornado are the only two members of the team to survive the Key’s death traps, and Stewart uses the powers of his Lantern ring to contain a devastating explosion, saving the citizens of St. Louis. 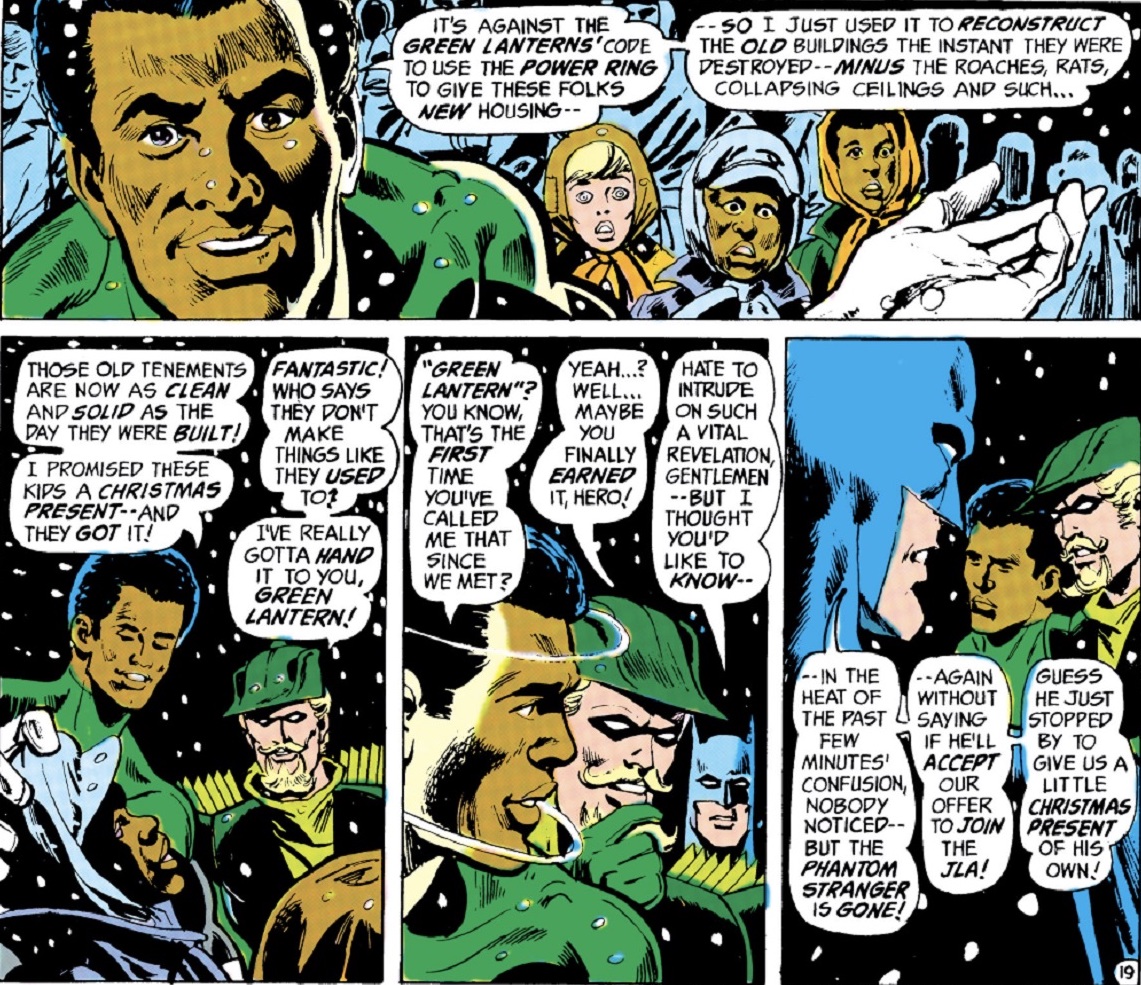 But those feats pale in comparison to John’s compassionate gift to the inner-city kids. After the explosion damaged their evacuated homes, Stewart used his Lantern ring to rebuild them and make sure the structures were no longer as shoddy as they were before. That’s true heroism.

John Stewart not only proved himself to the Justice League, but to readers as well. His popularity continued to grow, and when Justice League became an animated series in 2001, John Stewart was the Green Lantern featured as a regular cast member. Not bad for a “substitute Lantern.”

What are your favorite John Stewart stories? Let us know in our Community!