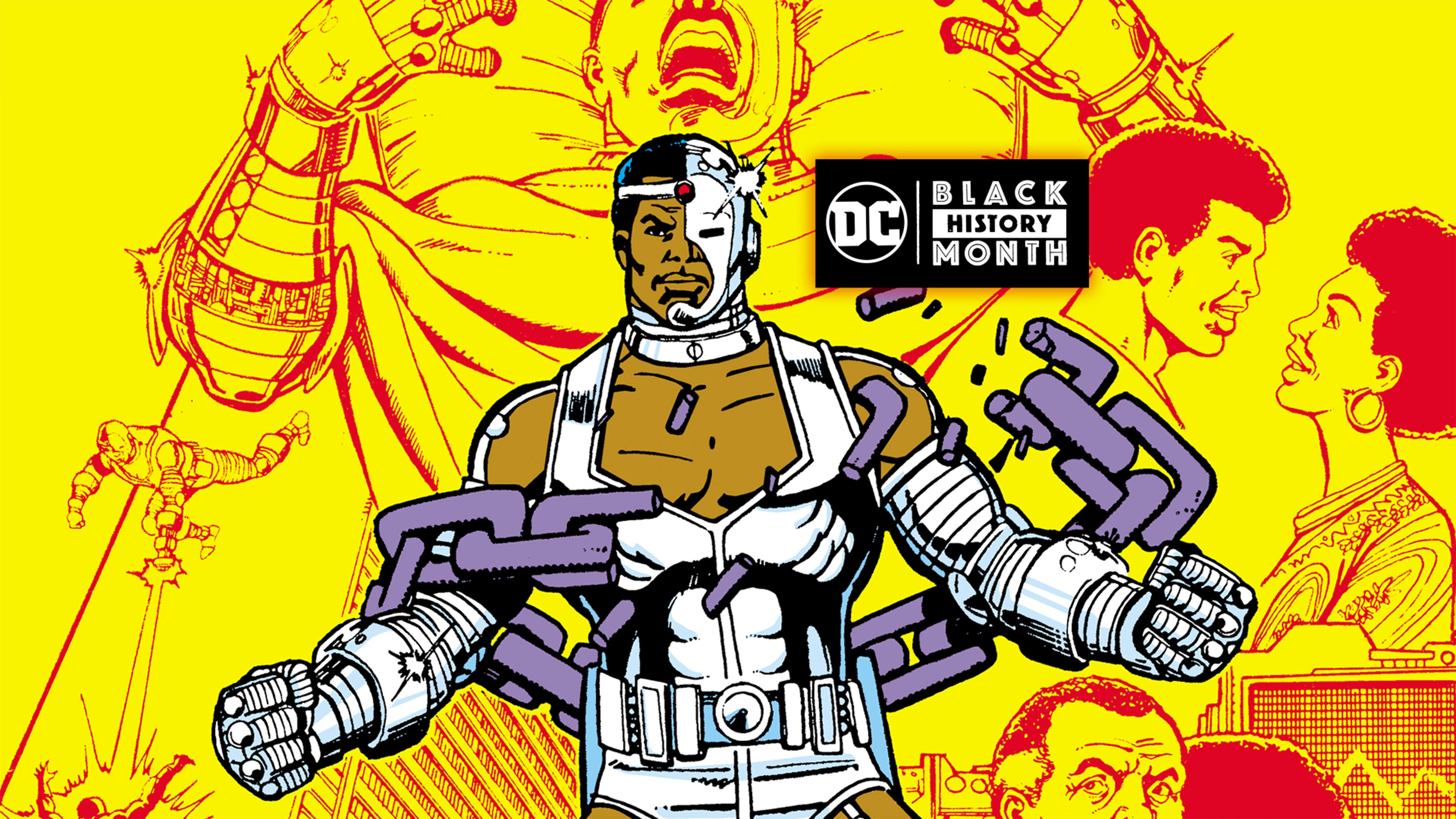 DC’s celebration of Black History Month continues! Today we’re spotlighting 1982’s Tales of the New Teen Titans #1 (written by Marv Wolfman and penciled by George Perez) -- the first story to reveal the origin of Cyborg. In the past year we’ve seen Victor Stone dive into weirdness on DC Universe’s Doom Patrol, and a new version of him find his way on Young Justice: Outsiders. But before all that he was a Teen Titan, and before he was a Titan he was a young man coming to terms with a tragic set of circumstances. This is the story of how he emerged from his tragedy to become a hero... 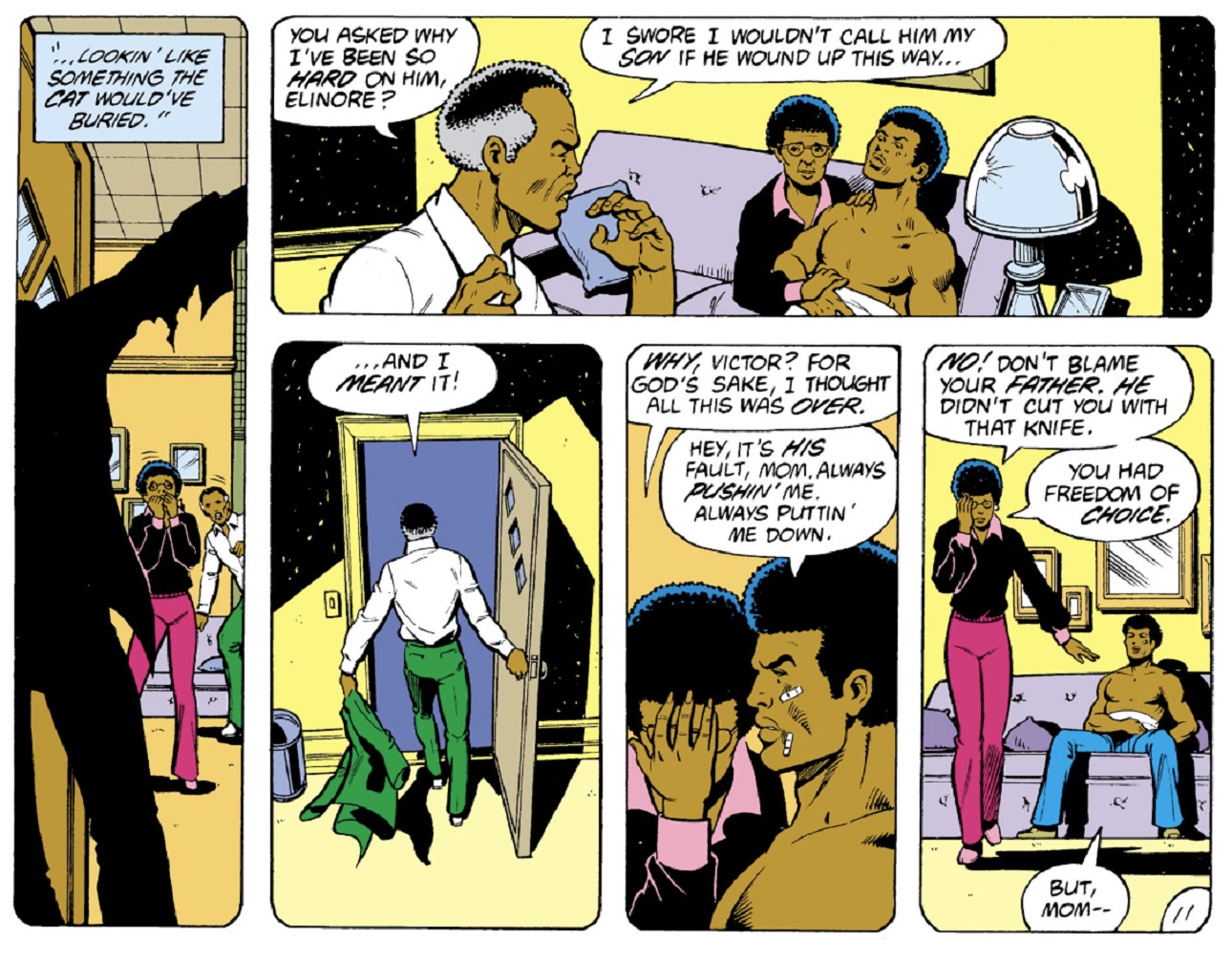 Although Cyborg’s origin had previously been revealed in 1981’s The New Teen Titans #7, this story was able to take a much deeper look into Victor’s angst-ridden childhood, and the tragedy of his accident. We see how Victor struggled to emotionally connect with his scientist parents, and how he felt more like an experiment than a son. We meet Victor’s friend Ron Evers, a criminal who views himself as a militant activist. Ron takes Victor down a dark path, as he tries to pull the future Titan into his criminal lifestyle;  in Doom Patrol season 2 Karen Obilom will be playing a character called Roni Evers, which seems to be an homage to this classic story. Another of the many reasons why this issue is worth your attention. 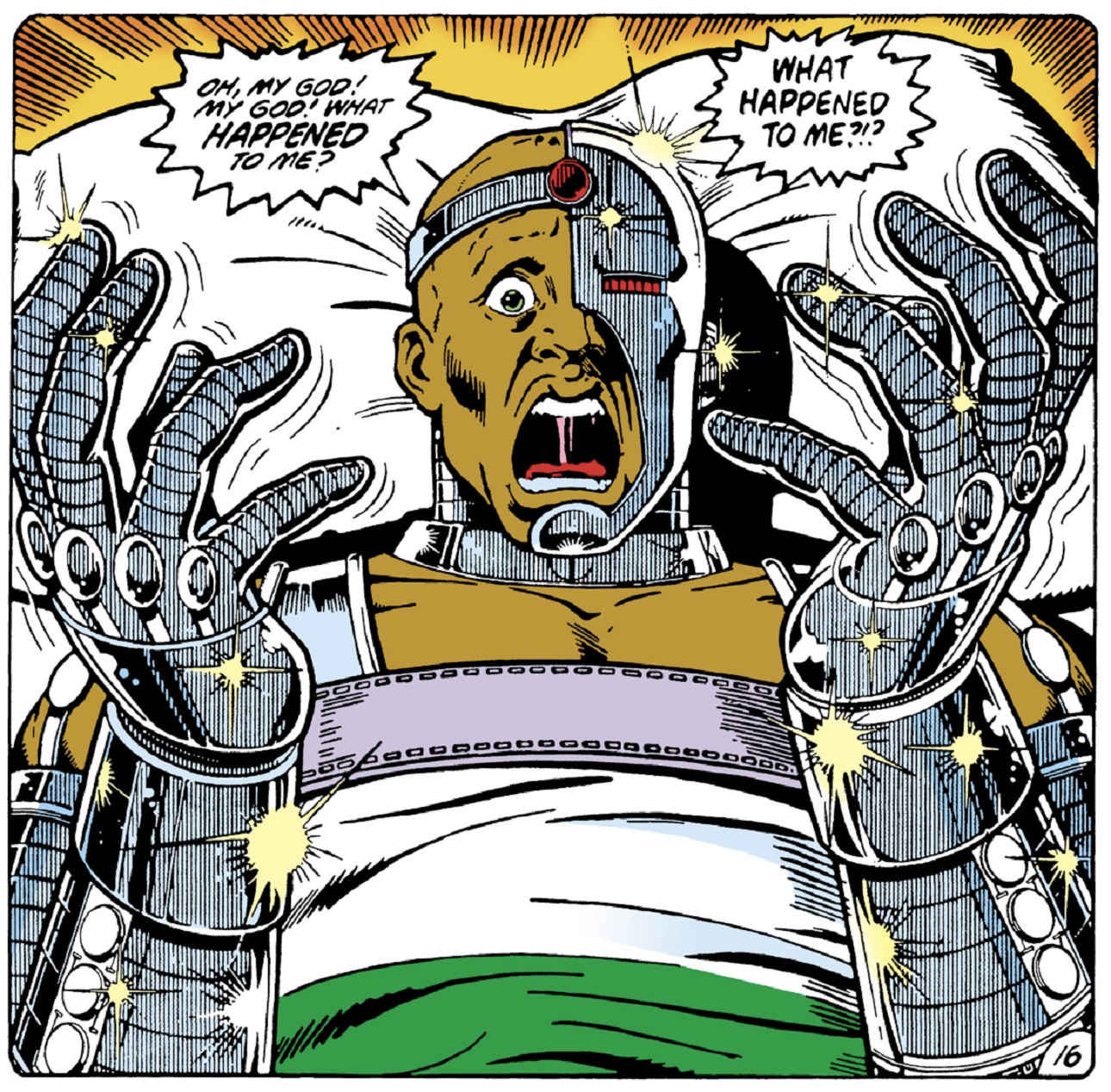 The best part of this story is the aftermath of Victor’s accident. While visiting his parents at S.T.A.R. Labs, Victor is exposed to an mysterious organism from another dimension that tears his body apart, and kills his mother. Victor awakes in a hospital one month later, and finds that his father gave him cybernetic body parts in order to save his life. We see Victor’s reaction all over the emotional spectrum. He feels horror for what he’s become, pain for the loss of his mother, frustration at having to learn how to use his new body, and hatred for his father. How could his dad turn him into a monster?

This was a time in Victor’s life when he didn’t have the Teen Titans around to be his emotional anchor. He felt his life was over and was full of so many negative emotions. Then his friend Ron returned and gave Victor a choice. Will he give into hate like his friend Ron and lash out at the world, or will he make a new beginning for himself as a hero? 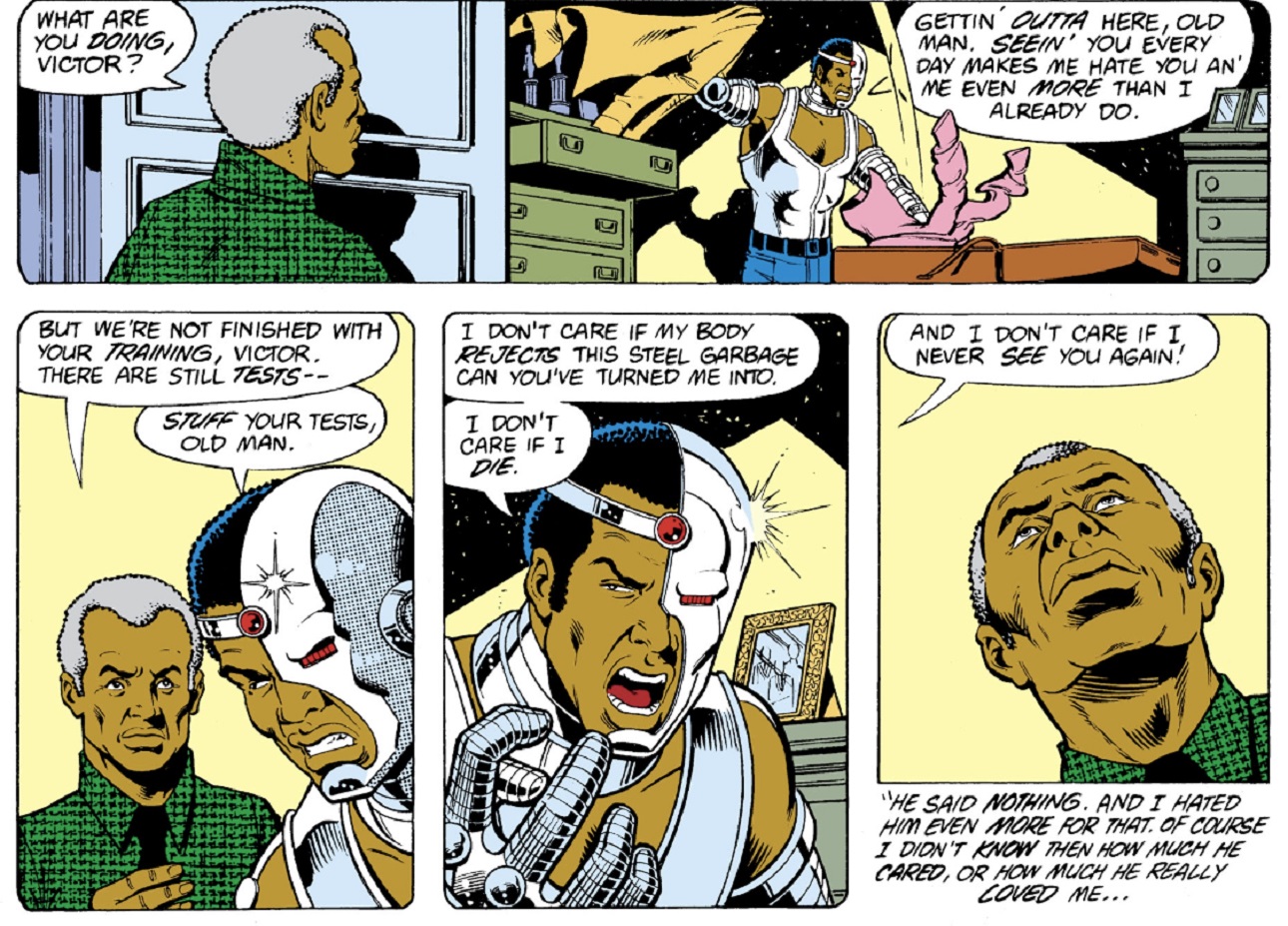 If you’re a fan of Cyborg from his media appearances, but have never dived into the comics, then this is a great place to start. Tales of the New Teen Titans was a limited series which came out in the middle of their run, and it helped expand upon the origins of the Titans, and explore what made them tick. Wolfman and Perez were good at giving their creations deep characterizations, with each cast member feeling like a fully fleshed out person.

Take a look at the conversation between Victor and his parents during his teenage rebellion phase. No character is 100 percent right or wrong. The Stone family dynamics are full of grey areas just like real life. A lesser creative team would’ve been tempted to write one side as purely good, and the other evil, but real people don’t work that way. 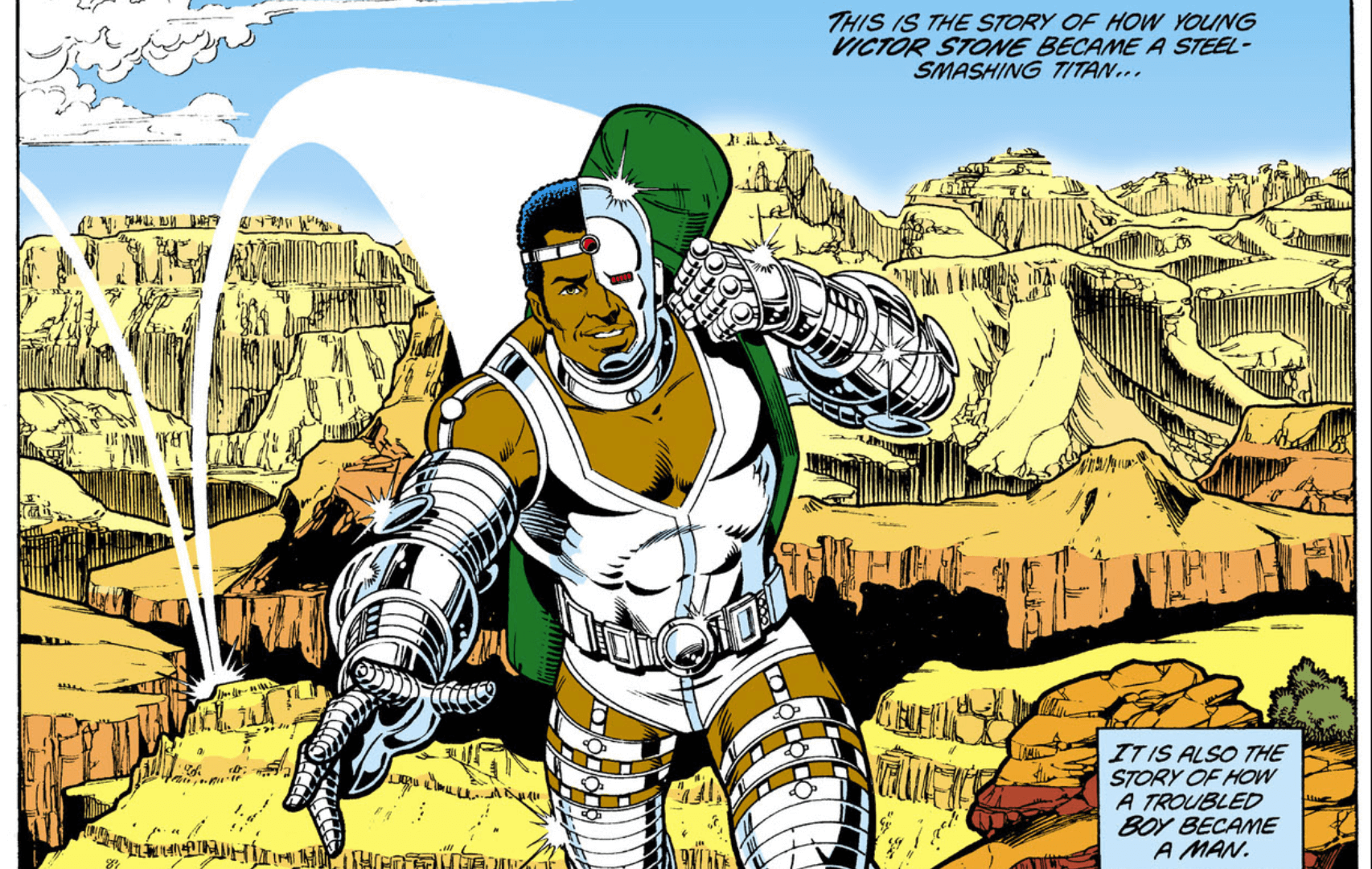 Today, Cyborg can be seen in various animated projects & live-action shows like Smallville, the 2017 Justice League motion picture, and more. Cyborg is such a rich character that DC Universe gave you TWO origins for him last year in Doom Patrol and Young Justice: Outsiders. Cyborg has grown to be one of the great pillars of the DC Universe, and this issue laid the foundation of his heroic legacy.

What's your favorite version of Cyborg? Let us know in our Community!