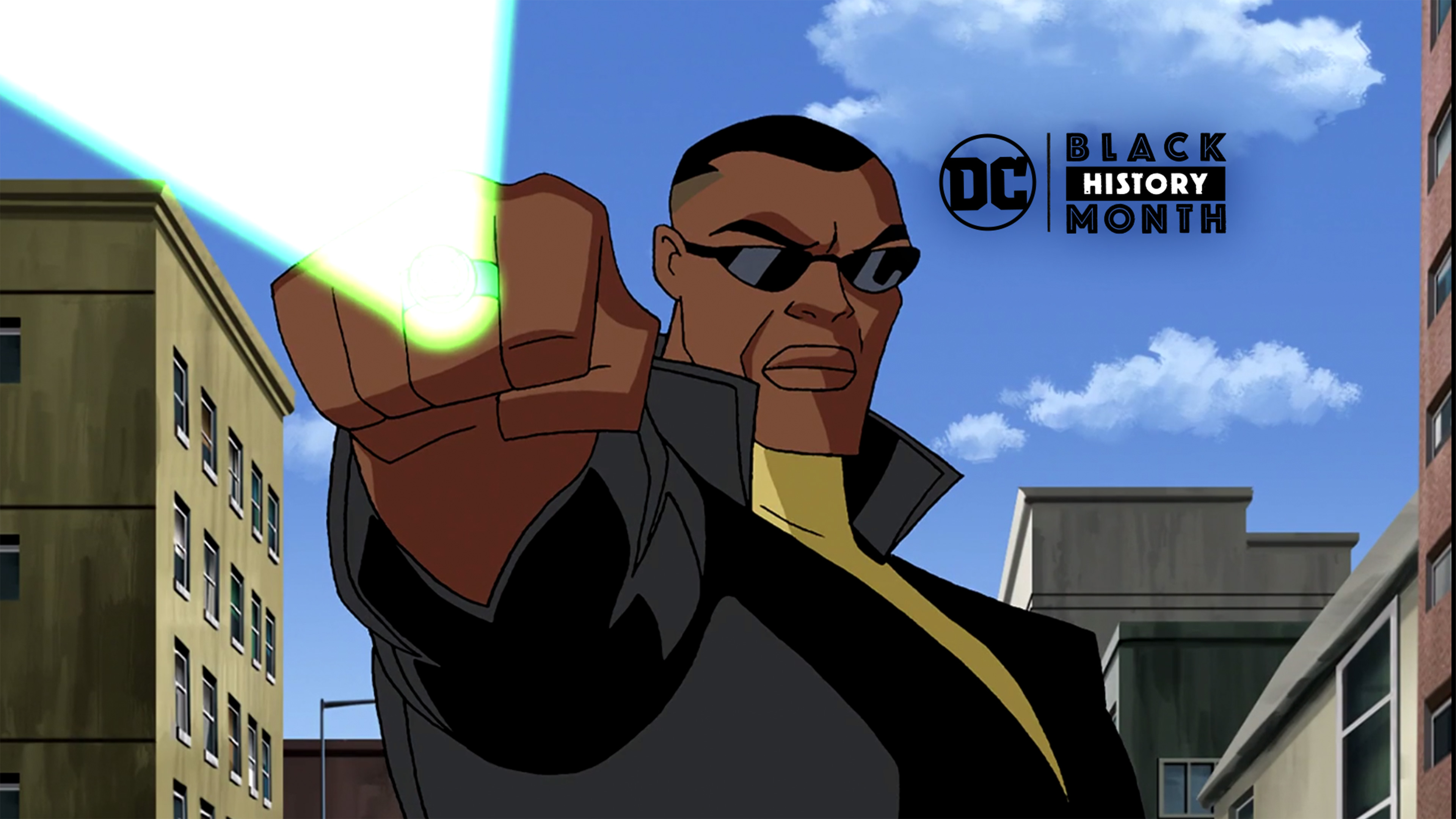 In celebrating Black History Month here at the DC Universe, it was inevitable that we’d discuss one of the most popular iterations of one of DC’s icons of color. The John Stewart Green Lantern struck a chord with a generation of fans of the DCAU, and with the second story of Justice League – entitled “In Blackest Night” – they saw the Emerald Crusader on trial for a crime he confessed to committing…or did he? 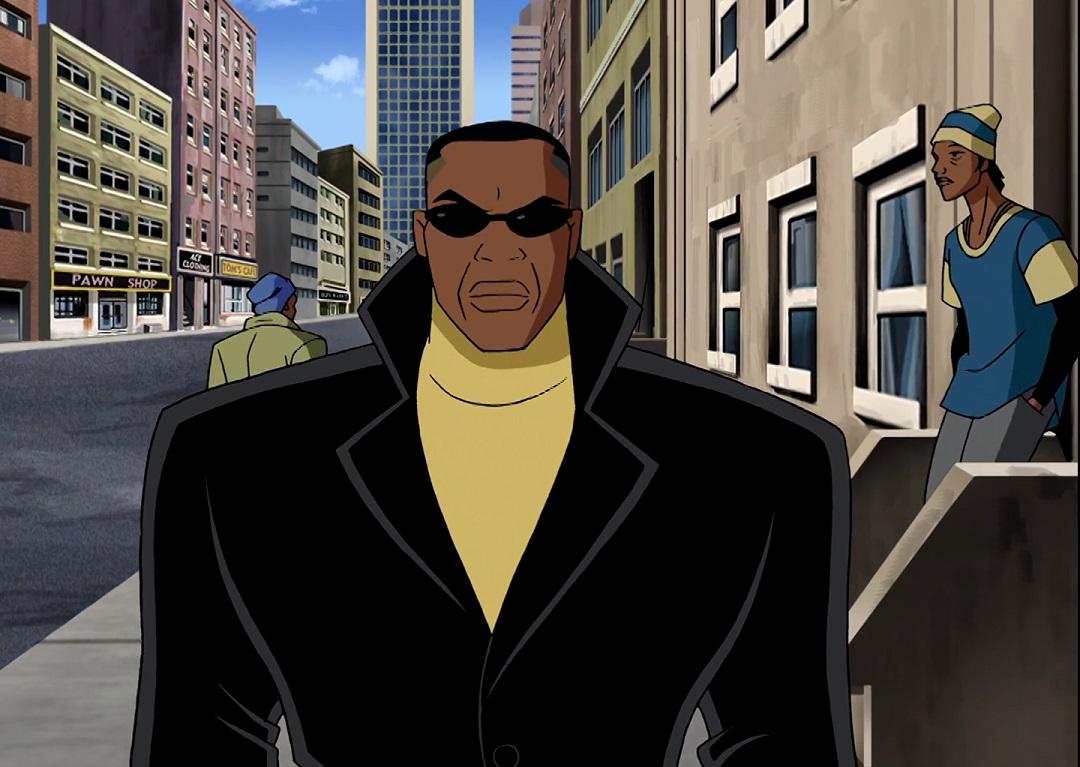 Our story begins with John Stewart walking the streets of his hometow. Strolling the sidewalk, John observes the community and happens upon a robbery at a convenience store. He apprehends the robber, and wordlessly saunters back into his stroll. Cool, calm, and collected, we see John Stewart as both a man of action, and of few words. It’s not until he runs into his old history teacher that he starts to verbally lament how long he’s been gone from home. Suddenly the Manhunters, sentient robot guards formally employed by the Guardians of Oa, arrive to arrest him for some terrible crime. Although the Justice League show up to resist them, John willingly surrenders, relinquishing his ring to their custody.

He’s teleported to an alien courtroom light years away, where he’s jeered and protested by a furious audience of extraterrestrials. Even members of the Green Lantern Corps are present, only to condemn and shun him. The proceedings go quickly, but it’s not until the Justice League arrive to defend him that we learn what crime John is accused of. During an attempted arrest and ensuing battle in space, John accidently shot a neighboring planet with his power ring, hitting a volcanic Faultline that resulted in a cataclysmic explosion, blown the planet to pieces. Though the League presume he's being framed, John stoically admits his guilt. 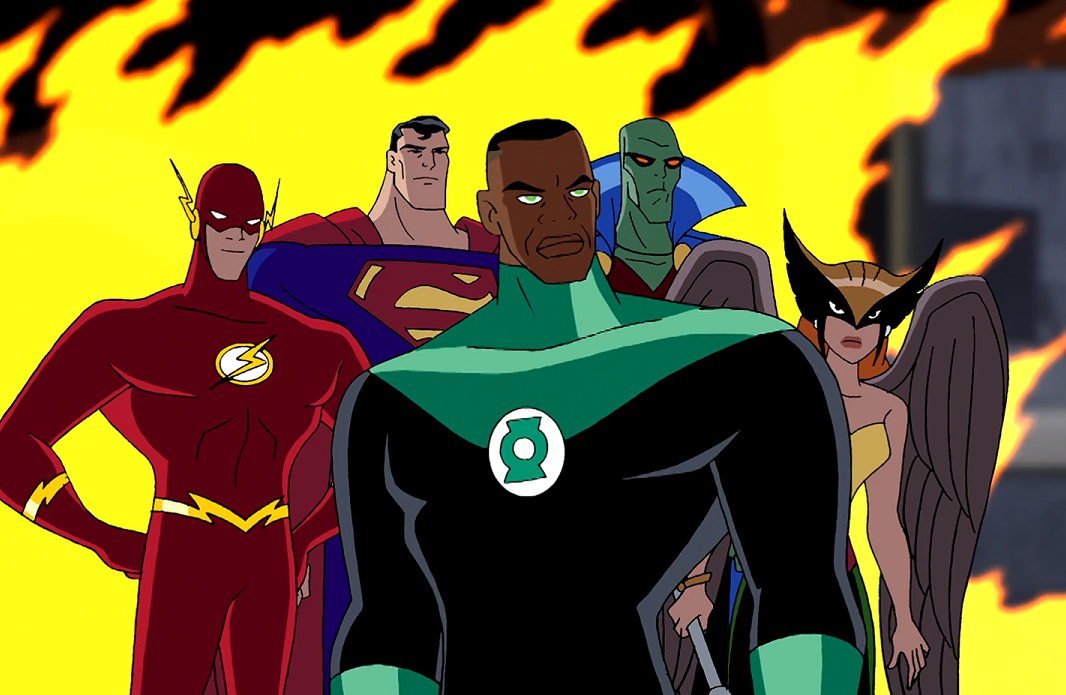 In part 2, Superman and Martian Manhunter investigate the site of the explosion, while Flash and Hawkgirl remain at the trial to continue defending John. Together the League learns that the entire affair was indeed faked by Kanjar-Ro and the Manhunters, who themselves sought to lure the Guardians of Oa and members of the GL Corps away from their home base so they could launch an assault and absorb the Central Power Battery, the source of the Green Lanterns’ power. Together, the JL and the Green Lanterns arrive to defend Oa. By recharging his ring, John absorbs and expels the lead Manhunter away from the Power Battery and out into the cosmos. In the end, John shuns his fellow corpsmen for being quick to judgement, then thanks the League for believing in him, even when he didn’t believe in himself. 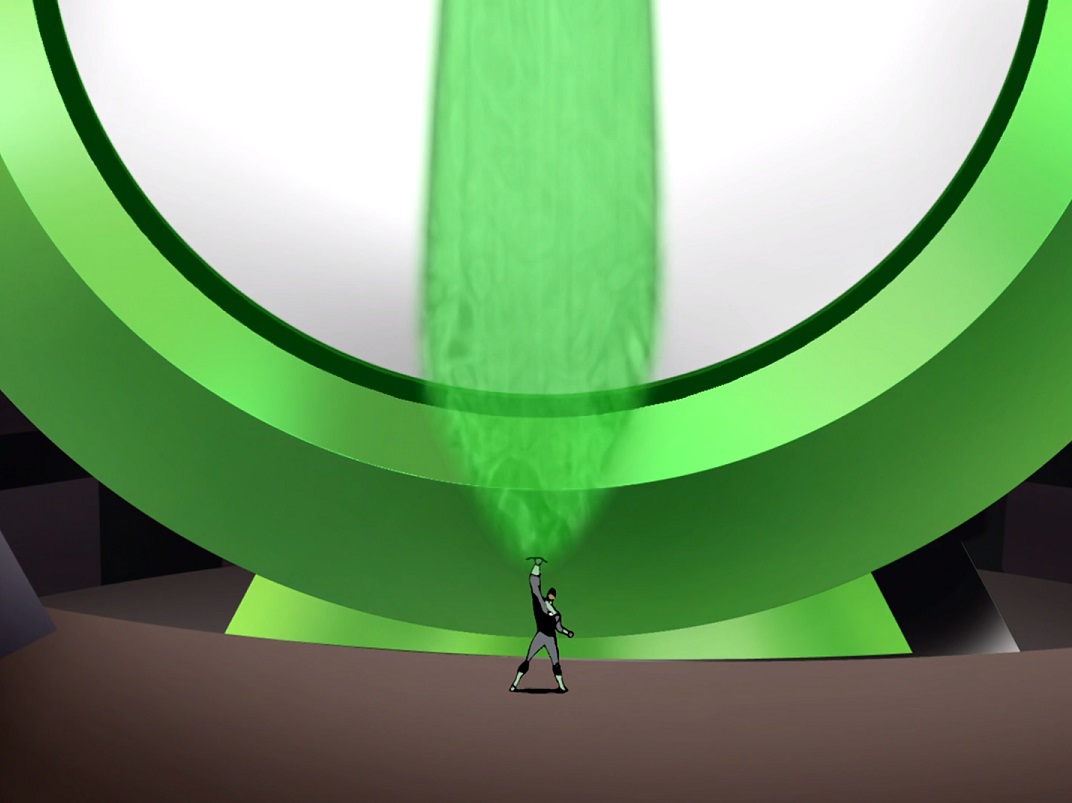 This story is based on Justice League of America #140-#141, where the Manhunters framed and arrested Hal Jordan for the same crime of destroying the planet. With this adaptation, there are several thematic elements one can draw from the changes. Phil Lamar, the voice of John Stewart, has spoken of the scenes of John connecting with his place of origin, and concerns that one has with staying true to your community and doing right by your people. The opening scene of John passing through the neighborhood shows him wondering if he can reconnect with his past, especially considering what he thought was a failed Green Lantern career. Before his arrest, he went back to the beginning. Details, like him wearing sunglasses to hide his eyes – now green from years of being a Green Lantern – show the apprehension he feels in being unable to go home again. His teacher says that he’s been gone a long time, and John replies “Maybe too long…” More of this fear of disconnect can be seen in “Only a Dream,”  where John’s nightmare is that he’s too far gone in his life as Green Lantern to connect with his people. 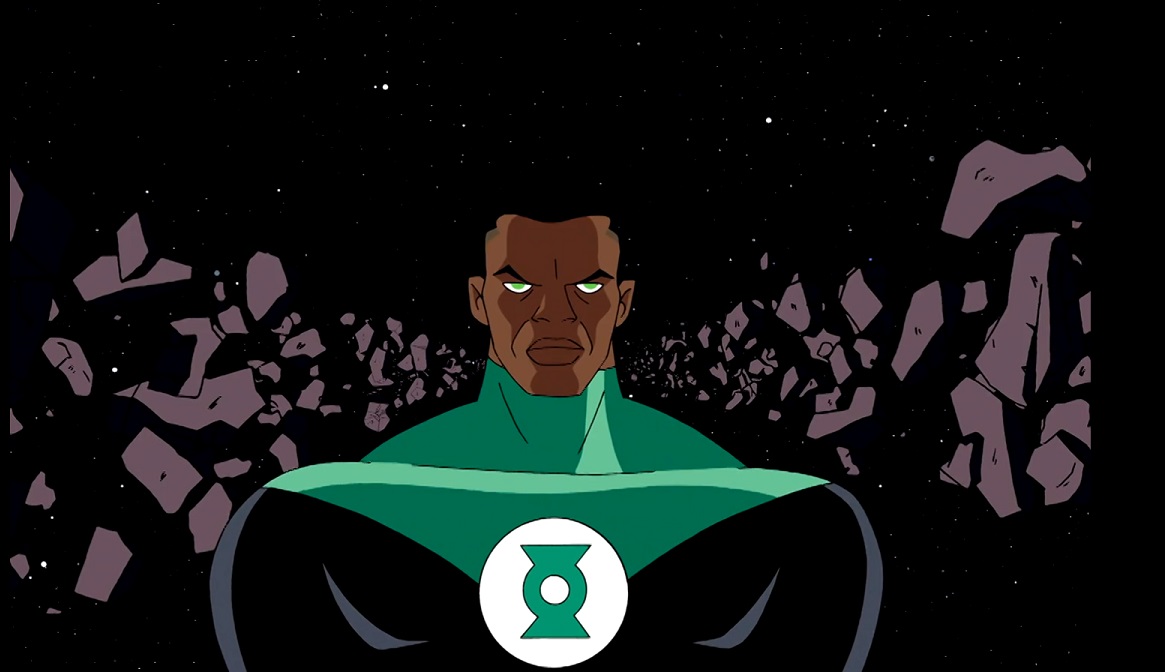 Other themes like false imprisonment of black men and the subplot of the Manhunters rebelling against their masters are imbedded into the story as well but overall the story served as a solid introduction to John’s character, who was still very new to longtime viewers of the DCAU. There would be other episodes to flesh out his character, but this story demonstrates his strong moral center and his willingness to always do the right thing, no matter the cost to himself.

What's your favorite John Stewart story? Talk about it in our Community!