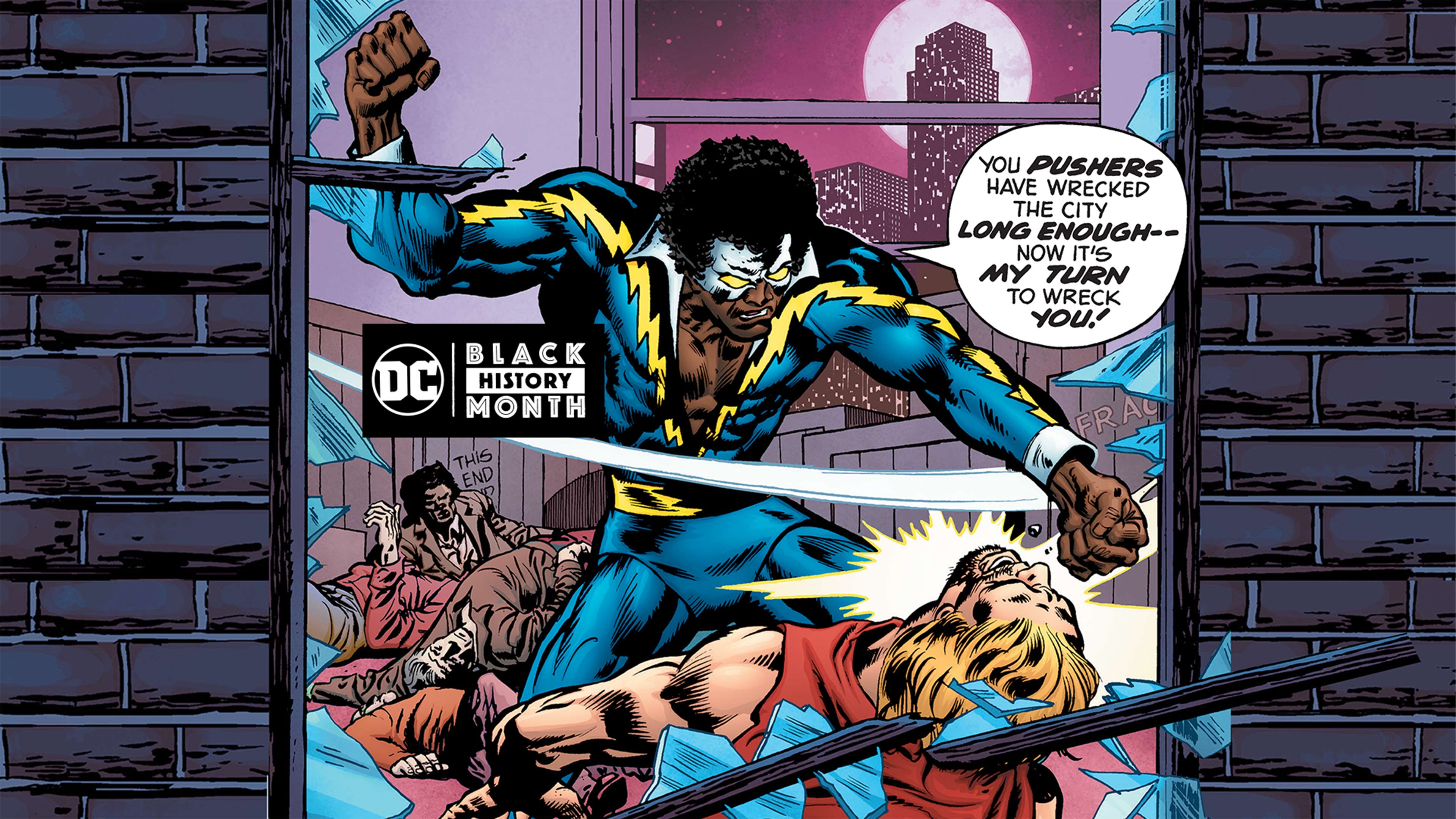 No one wants to get struck by lightning, but in 1977 it was one of the greatest things to ever happen to the DC Universe. Our celebration of Black History Month continues today, with a look at 1977’s Black Lightning #1. This issue is not only significant for being the first appearance of Black Lightning, it was also the first DC Comic headlined by an African-American character. In the past year Black Lightning has mentored teenage heroes on Young Justice: Outsiders, been featured on the Crisis on Infinite Earths television crossover, helped Batman start a new team of heroes, and of course continuned to star in his own live-action TV series. This is where his legend began.

Black Lightning’s story was almost dead on arrival. Editorial's original plan was to create a new African-American hero and call him the Black Bomber—the twist being that he would be a white racist who transformed into a black superhero. Writer Tony Isabella knew this idea would be horrible, and decided to come up with a completely new character. Dwayne McDuffe would later parody the Black Bomber in 2008’s Justice League of America #26. 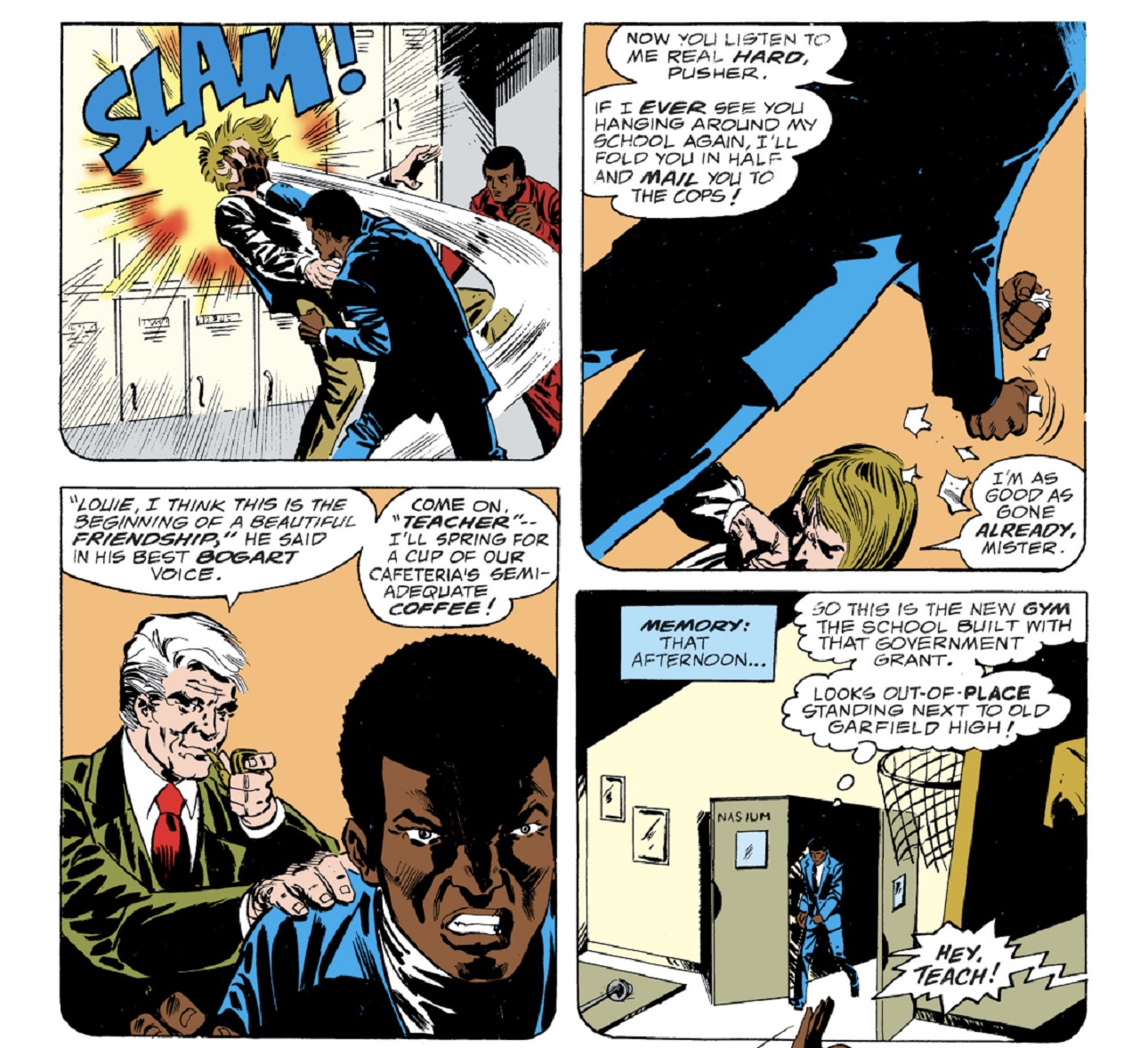 The Jefferson Pierce that Tony Isabella introduced to us in Black Lightning #1 was a much better (and certainly less offensive) character. Jefferson was an Olympic athlete who gave up fame and fortune so he could return to his community and give back. The Suicide Slum neighborhood was being controlled by a gang called the 100 (introduced in Superman’s Girl Friend Lois Lane) and Jefferson wanted to stop them from corrupting local kids. Jefferson took a job as a teacher at Garfield High, thinking that would be enough. It wasn’t.

During his first day on the job Jefferson slammed a local drug dealer into a locker. How many times have you seen any of your high school teachers beat up a drug dealer in the school hallways? Later that day Jefferson discovered the corpse of one of his students stuffed into a basketball hoop. The 100 was sending him a message, but they were about to get a reply they weren’t expecting. 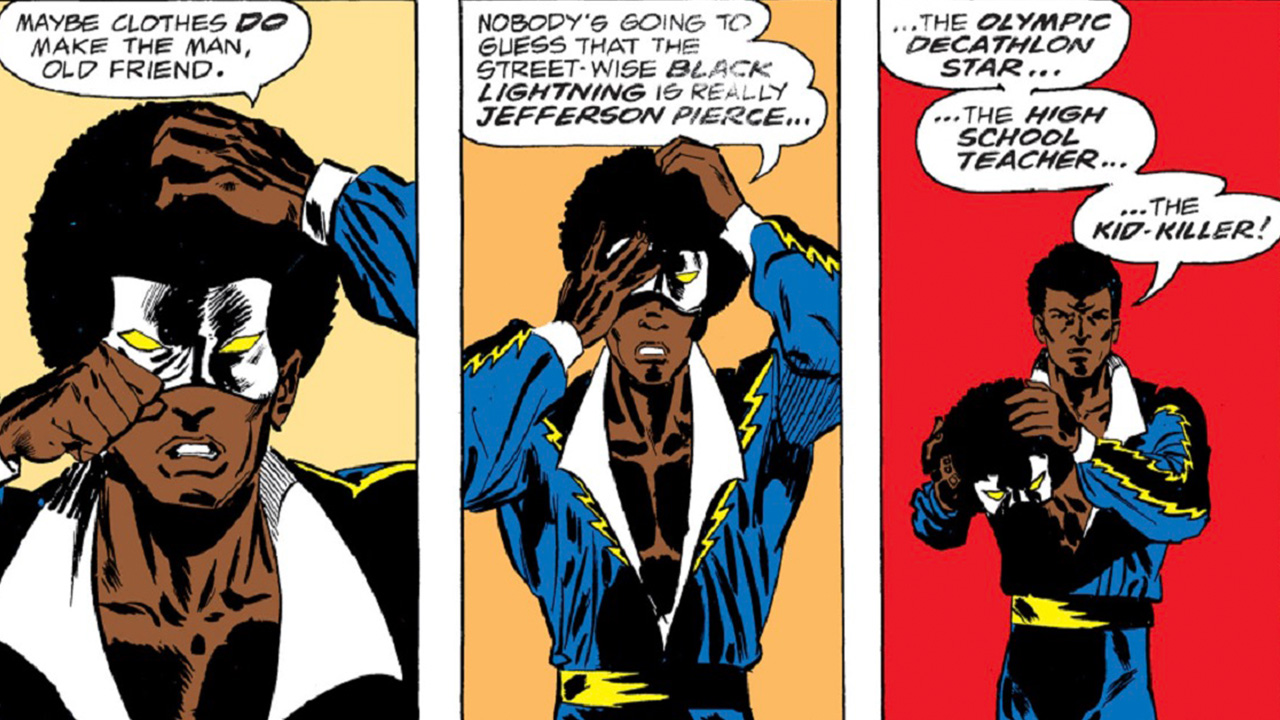 Jefferson turned to his friend Peter Gambi, who gave him a superhero costume. The costume was equipped with a power belt that was initially the source of Black Lightning’s special abilities. Later stories revealed that Jefferson had the power in him through either a metagene or other mysterious circumstance, but at this point it all came from the belt. Jefferson had become Black Lightning, and the 100’s days controlling Suicide Slum were coming to an end.

You might look at the suit and think it’s dated. The open collar and afro scream 1970s. But that was the idea. Black Lightning did not want people to know he was the educated Jefferson Pierce, so he dressed outlandishly and spoke in “jive talk” to mask who he really was. This aspect of his character was toned down over time, but it’s still an intriguing detail in his early stories. Speaking of Jefferson’s design, illustrator Trevor von Eeden was only 17 years old when he penciled this issue. 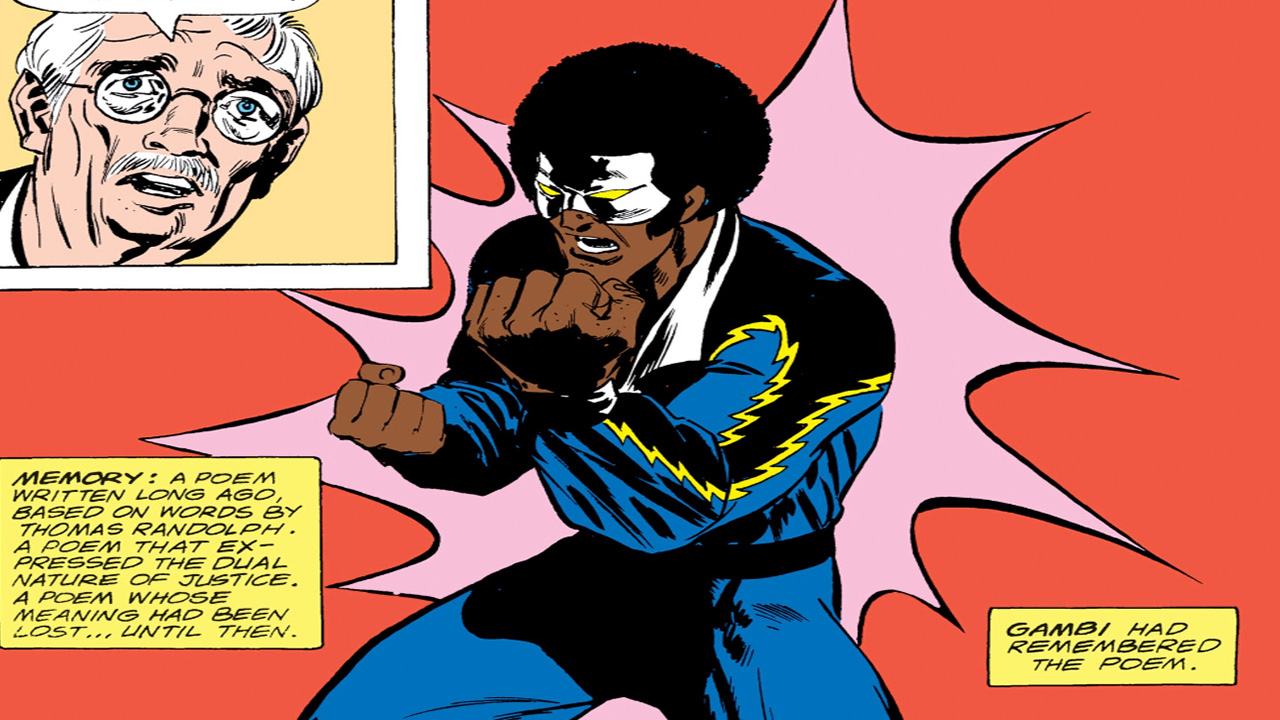 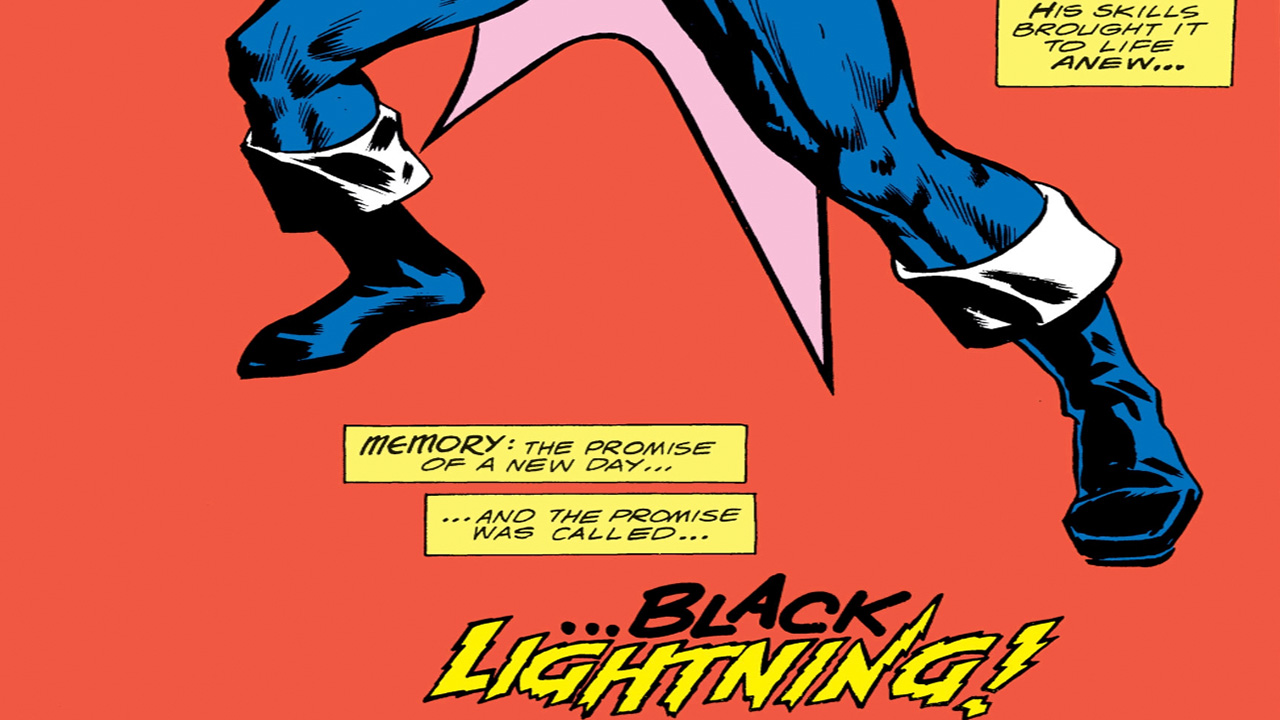 The slang may be dated, and the costume might look disco, but Black Lightning has stood the test of time. The foundation for his legacy was built in this issue, making this one of the most important comics in DC history.

What is your favorite incarnation of Black Lightning? Let us know in our Community!