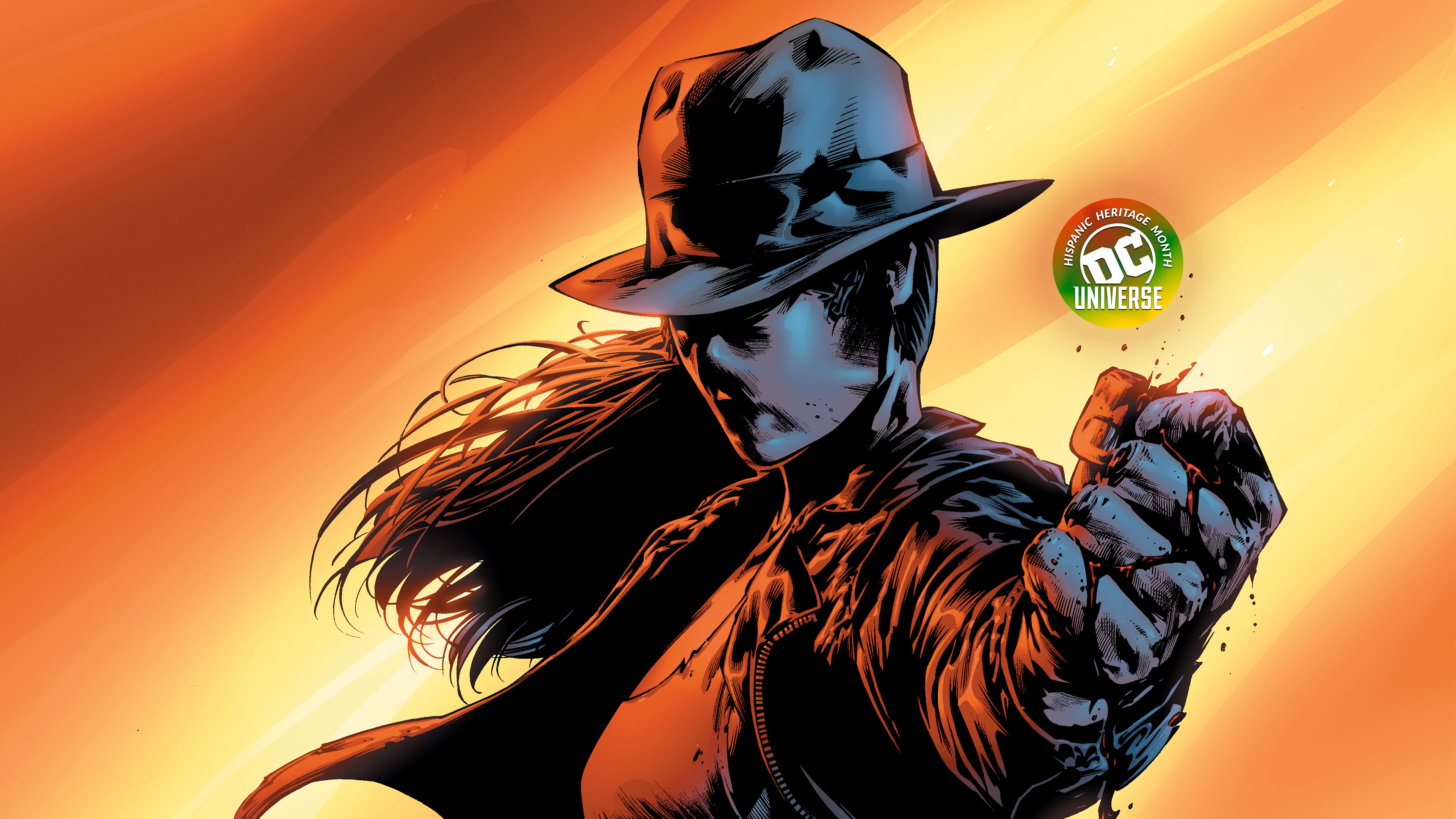 From Cop to Question: The Journey of Renee Montoya, Hispanic Trailblazer

This Hispanic Heritage Month, we got the first full trailer for the eagerly awaited film Birds of Prey (And the Fantabulous Emancipation of one Harley Quinn). The lineup features characters familiar to longtime fans of the team, like Huntress and Black Canary, with the addition of Gotham City Police Detective Renee Montoya — the first latina lead character in DC movie history. 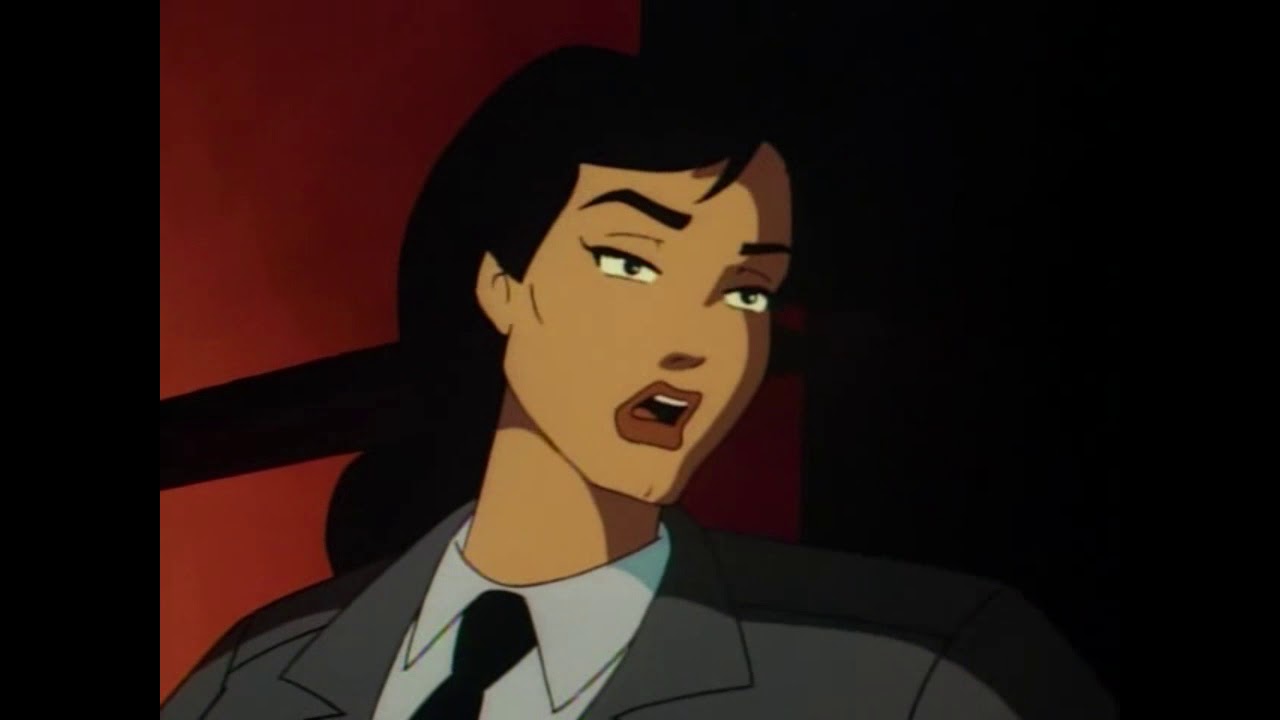 Perhaps the association between this Harley Quinn vehicle and Renee Montoya shouldn’t come as a surprise. After all, they both got their start in the same place. Both Harley and Detective Montoya made their first appearances outside of the comics in 1992’s Batman: The Animated Series. In fact, Montoya predates Harley in the show’s conception, with Montoya already appearing in writer Paul Dini’s series bible while the show was still being planned. In that early document, Detective Montoya was very much the same character we know her as today, and yet quite different. Designed as a counterpart to the boorish, slovenly Harvey Bullock, Montoya represented the platonic ideal of the police force: the stoic champion of law and order who always keeps the best interests of the city at heart. If the officers in Gotham City were all like Renee Montoya, there would be no need for Batman. 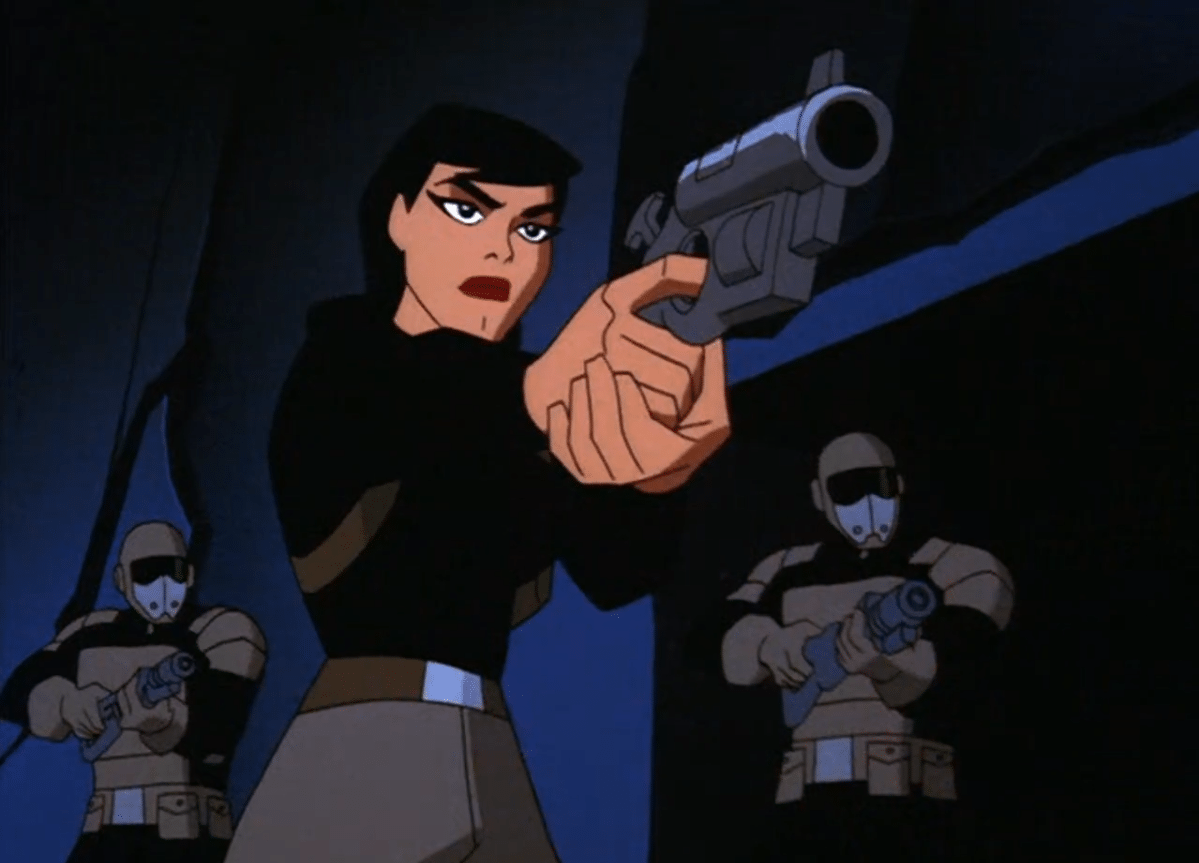 But the early show documents also revealed a surprising secret about Montoya’s past, one that has been largely buried by 27 years of history: originally, Montoya was conceived as a widow, having lost her husband, a fellow police officer, in the line of duty. This element of the character was never explored in the series and comics, but may have informed the solemnity with which she held her service to the cause of right, allying her ideologically with Batman himself — as seen in the Batman: The Animated Series episode which first thrust her into the spotlight, ‘P.O.V.’ 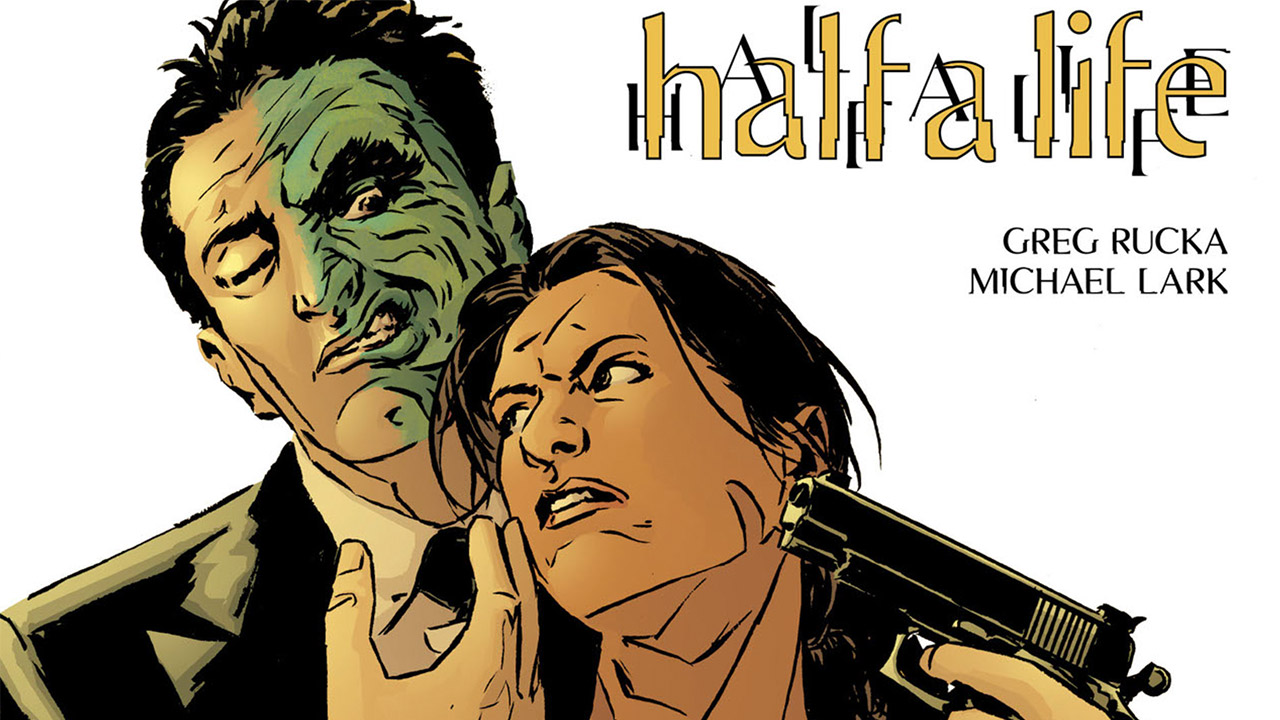 For ten years, Montoya existed on the fringes of Gotham City, with sporadic appearances through TV and comics whenever a scene called for a trustworthy cop. But Montoya would get her time to shine in 2002, when Ed Brubaker and Greg Rucka pitched a police procedural comic series set in Gotham City, about the unflappable Major Crimes Unit doing the same work as Batman but within the confines of the law. With Commissioner Gordon in retirement after the events of “No Man’s Land,” and Harvey Bullock having quit the force at the time, the choice for their series protagonist was clear: Bullock’s former beat partner, Renee Montoya, alongside relative rookie Crispus Allen. They called it Gotham Central.

For 40 issues, Montoya underwent a level of physically, emotionally and philosophically challenging ordeals usually reserved for the Bats of Gotham. First, in the Eisner Award winning “Half a Life,” an unlikely friendship with Two-Face which turns sour when he reveals to the world Renee’s deepest secret: unbeknownst to her friends and family, Renee Montoya is a gay woman. (So long, unseen late husband.) Robbed of the chance to come out on her own terms, Renee finds herself thrust into a world she was unprepared for, and one unprepared to accept her in kind.

Later, when her partner is killed by crooked fellow police officer, Renee nearly makes the terrible mistake of exacting vengeance on his killer — but instead, turns in her badge and her gun, leaving the GCPD to fall into a self-destructive spiral of cheap booze and available women. 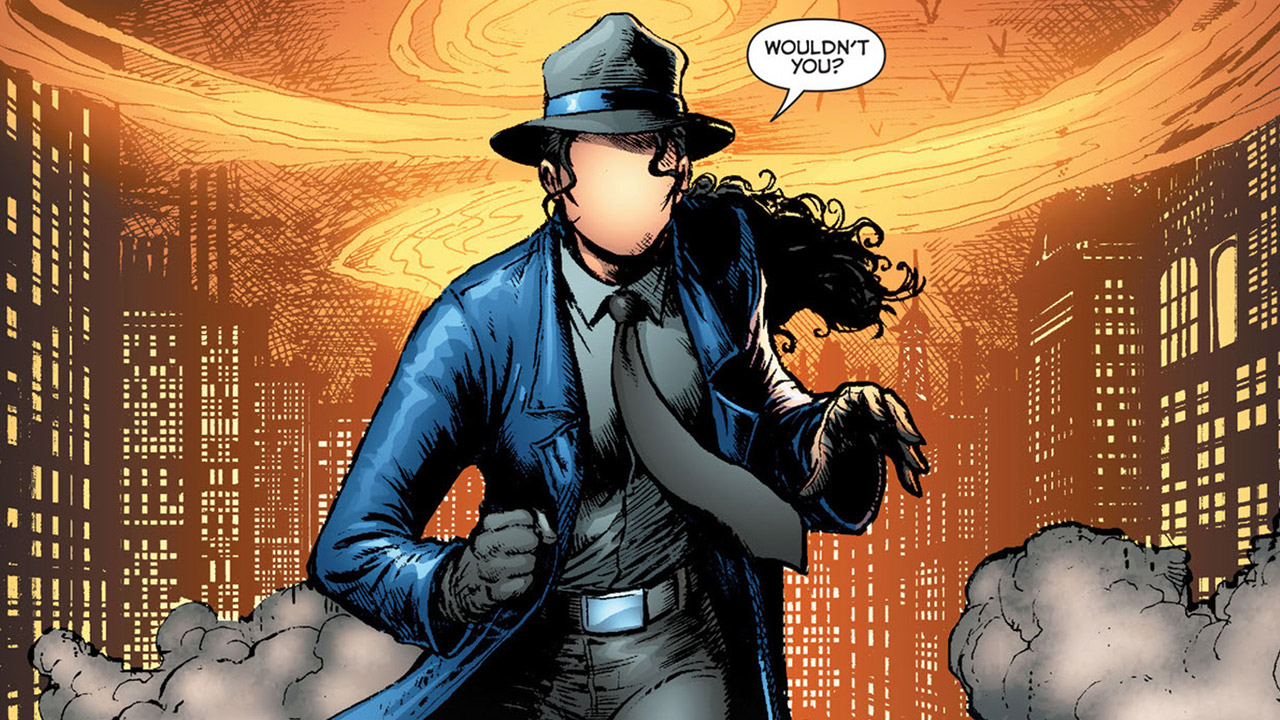 Greg Rucka continued Renee’s story in the 52 series, picking her up from her lowest point. Stripped of her family, her career, and her closest friend, the faceless visage of The Question, the truth-seeking vigilante of Hub City, appears in her window to ask the most important question of all: “Who are you?”

For 52 issues, Renee seeks that answer by The Question’s side. Who is Renee Montoya? Renee Montoya is the lover of Kate Kane, the Gotham socialite and one-time military cadet who leads a double life as Batwoman. Renee Montoya is a champion of virtue, snuffing out the vile Cult of Crime wherever it lurks beneath the shadows. Renee Montoya is a seeker of truth… and when The Question succumbs to lung cancer at the foot of Nanda Parbat, she succeeds her mentor and friend, to finish the work that he started. 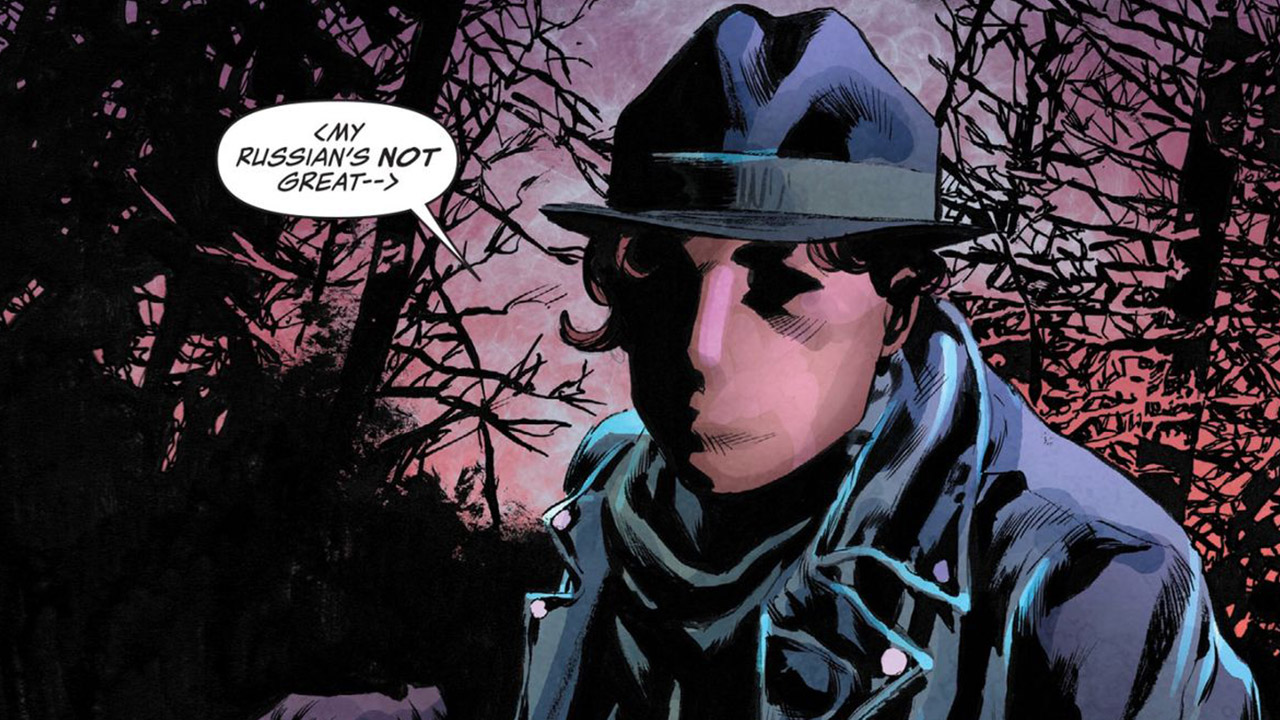 Renee Montoya was largely absent from the New 52 era of comics which spanned from 2011 to 2016. But she has since returned to us, once again on the GCPD payroll, once again in a committed relationship with Batwoman… and as of Greg Rucka’s current Lois Lane limited series, she's once again fulfilling the legacy of The Question. With her cinematic debut on the horizon, things have never looked better for this all-around detective by day and night.

So, just who is Renee Montoya? She's a star.

What's your favorite Renee Montoya story? Let us know in our Community!