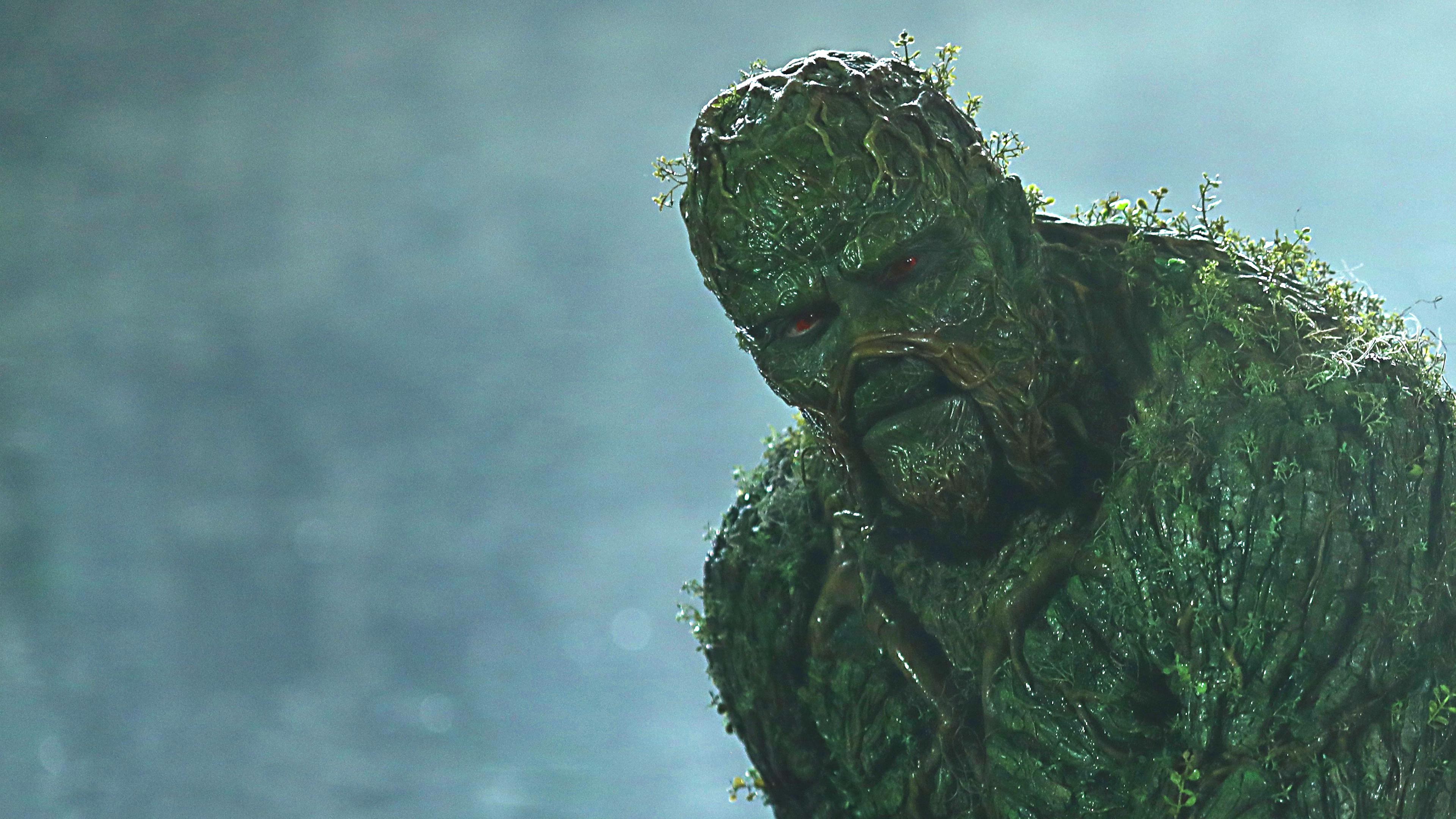 DC Universe’s ‘Swamp Thing’ has come to a close with an ending full of action, thrills, and horror beyond belief! Some people got happy endings (hooray, Daniel!) while others did not (alas, poor Lucilia), but overall the ending gave us lots of interesting things to digest. The finale featured nods to writer Alan Moore’s classic comic run, the 1990s, a few real life comic books and more! Let’s take a look at the Easter eggs scattered throughout “Loose Ends.” 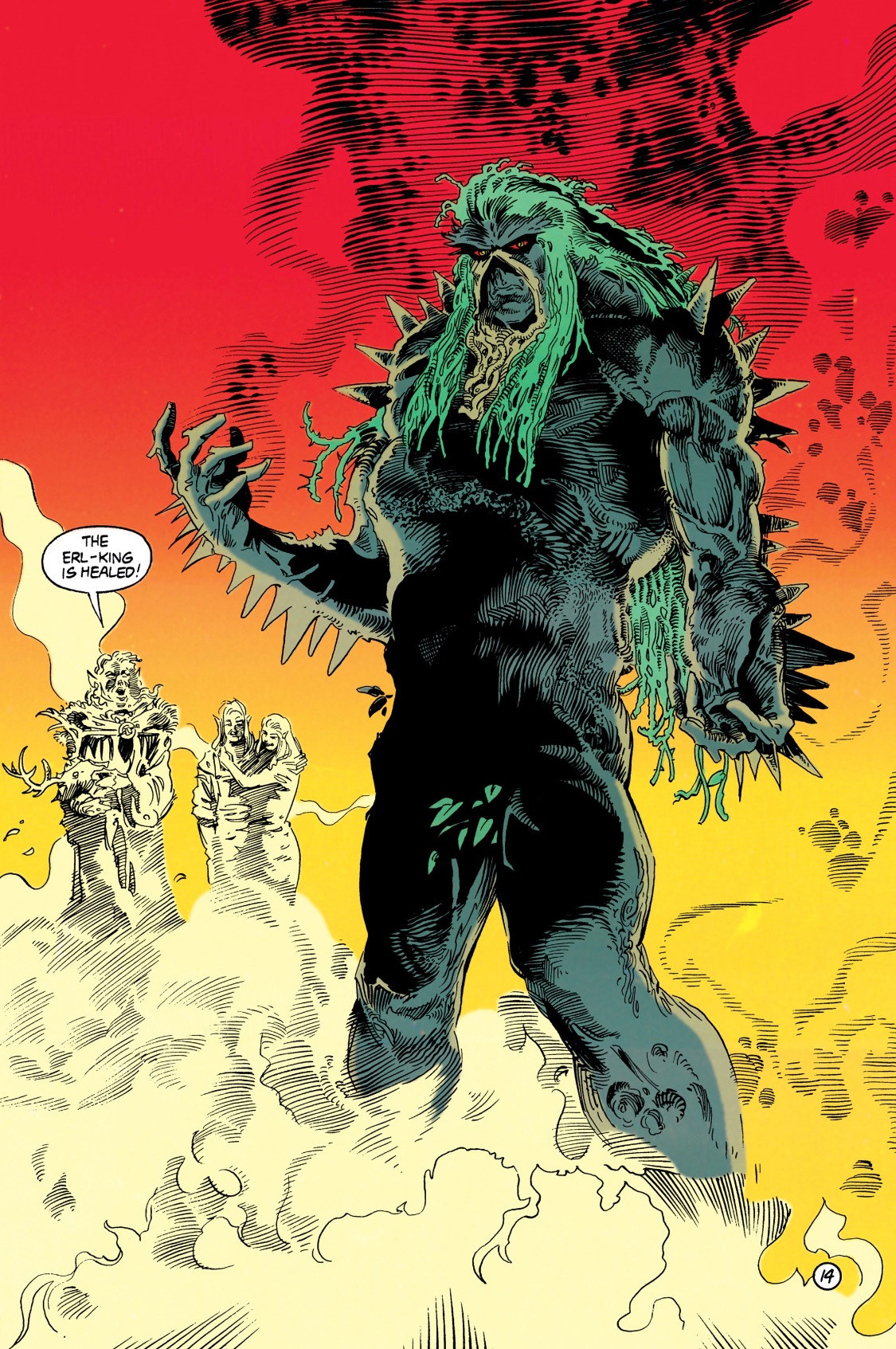 Did you like the spikes Swamp Thing grew this week? It was an interesting look for him, and believe it or not, was something he briefly tried in the comics. After absorbing a lethal amount of pollution, Swampy went through a mystical ritual to cleanse his body in 1993’s ‘Swamp Thing’ #131 (written by Nancy A. Collins and penciled by Scot Eaton). After the ritual healed his body, Swamp Thing emerged with spiked shoulders and long hair. (Hey, it was the '90s. Everyone was going through extreme makeovers.) Swamp Thing sported this new look during a “midlife crisis," when he and Abby were separated and he began an affair with their nanny Lady Jane. Some men buy sports cars and some wear toupees, but Swamp Thing has his own way of handling things... His new look wouldn’t last, however, and by ‘Swamp Thing’ #140 (written by Grant Morrison and Mark Millar, penciled by Phil Hester) the spikes were gone and Swampy had gone back to his classic appearance. 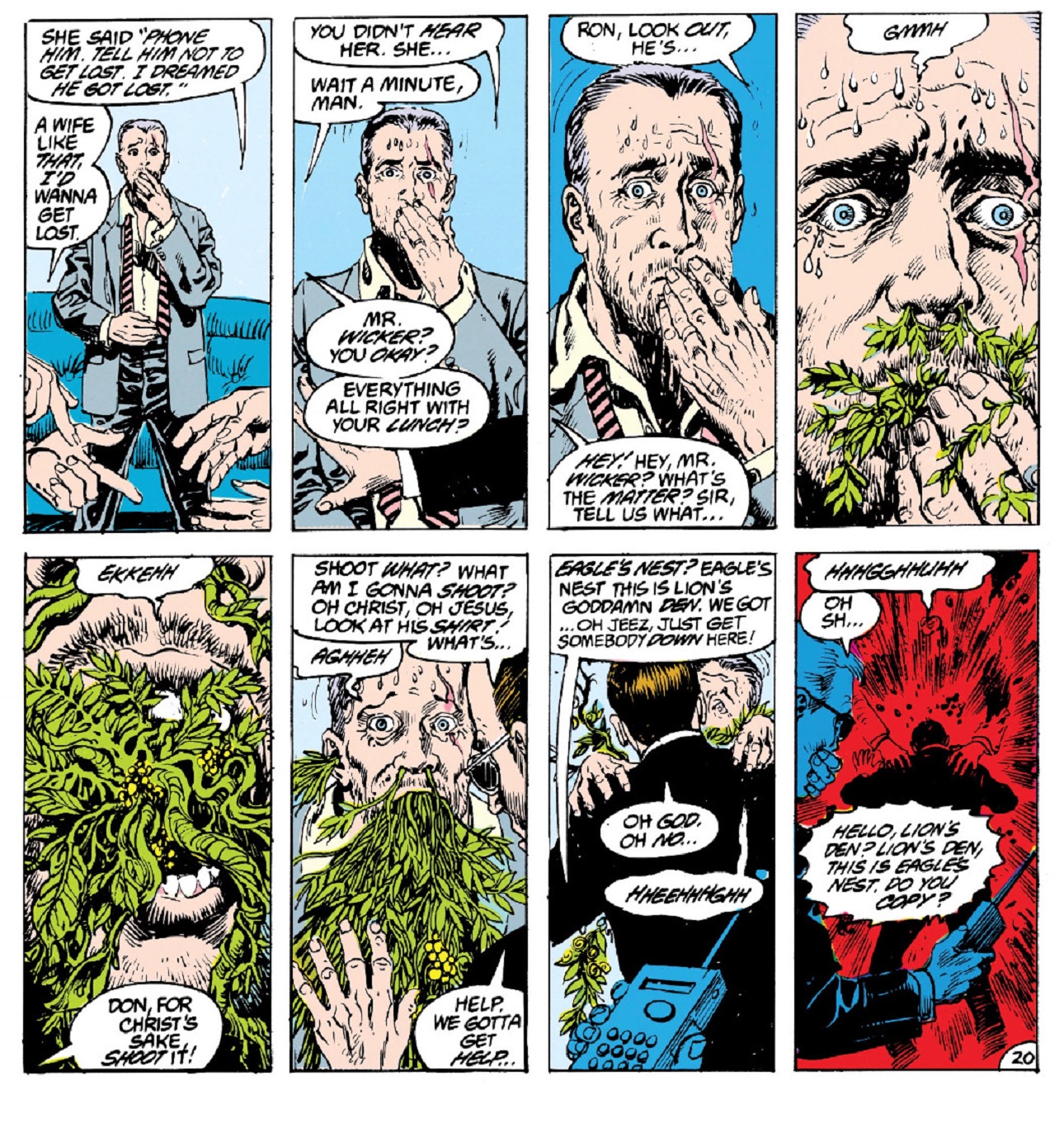 Hell hath no fury like a Swamp Thing who's just had his organs ripped out. Swampy barely had time to recover from his recent emotional blow when Ellery and Sunderland sent their men after him, causing the creature to lash out and hunt the agents down for revenge. Thanks to the Green, Swamp Thing can be a powerful killer when he’s angry -- as the agents of the D.D.I. learned in 1987’s ‘Swamp Thing’ #63 (written by Alan Moore and penciled by Rick Veitch). Using his plant-based powers, Swamp Thing found creative ways to kill each agent one by one, including growing inside their bodies from plant-based food they consumed... It seems like Swamp Thing was getting ready to do a similar thing to Sunderland at the end of this episode as well. Whether Sunderland survived or was spared can be left up to the viewer’s imaginations, but if the comics are any indication, it would’ve been a very painful death. 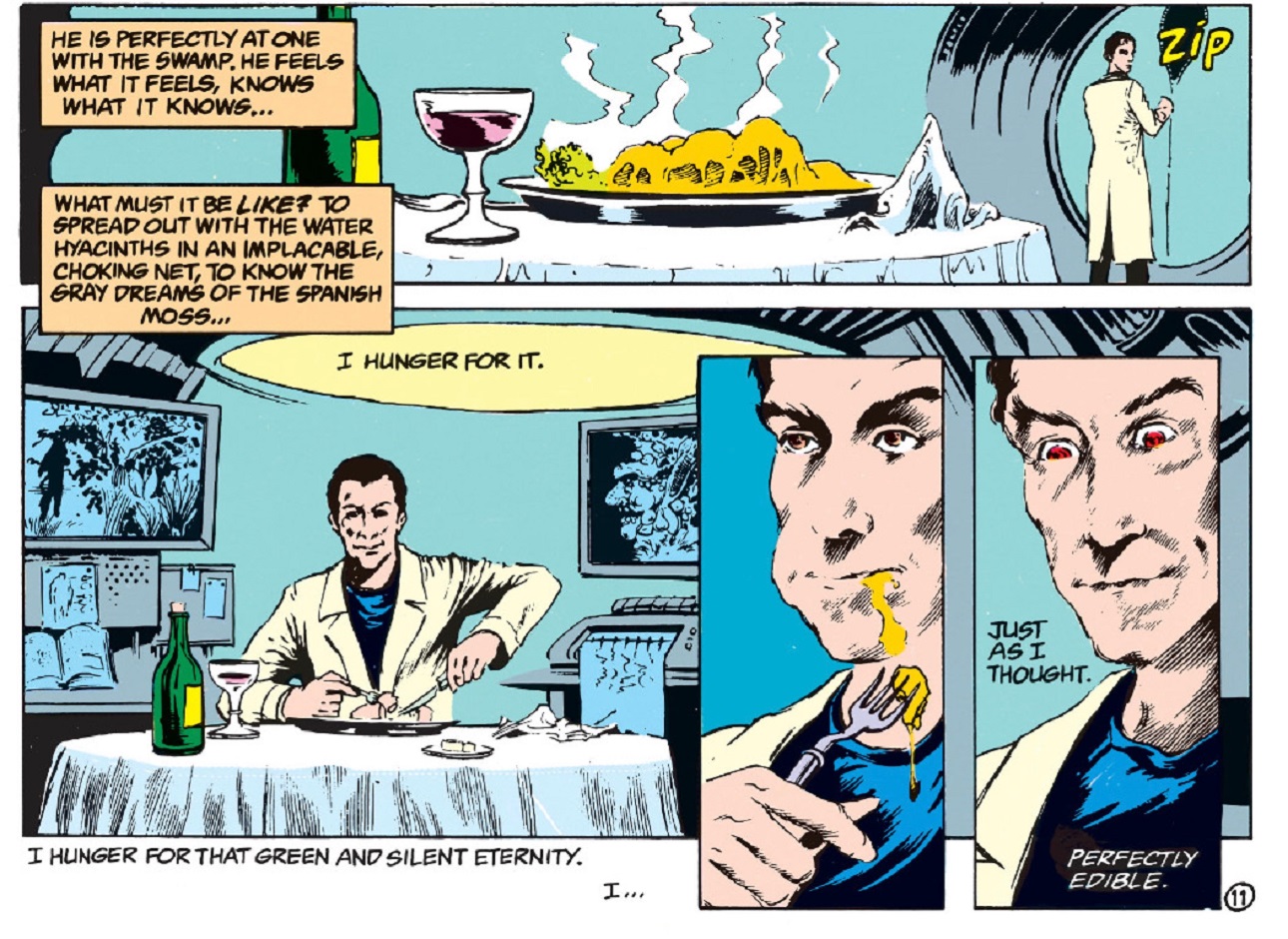 Cooking and eating internal organs you harvested during an autopsy is an unorthodox act by any measure, but nobody ever claimed Dr. Jason Woodrue was a normal scientist. In this episode, Woodrue was so fascinated by Swamp Thing’s biology that he ate his organs, hoping they’d reveal the secrets of their owner’s powers. Dr. Woodrue did the same thing in 1984’s ‘The Saga of Swamp Thing’ #22 (written by Alan Moore and penciled by Steve Bissette), which horrified Abby and Matt Cable. While the comics version of Woodrue still had a hunger for pieces of Swamp Thing, he preferred the yams that grew from his body rather than his internal organs. Eating the yams gave Woodrue a connection to the Green, but it also drove him insane. Remember kids, dietary choices are important. 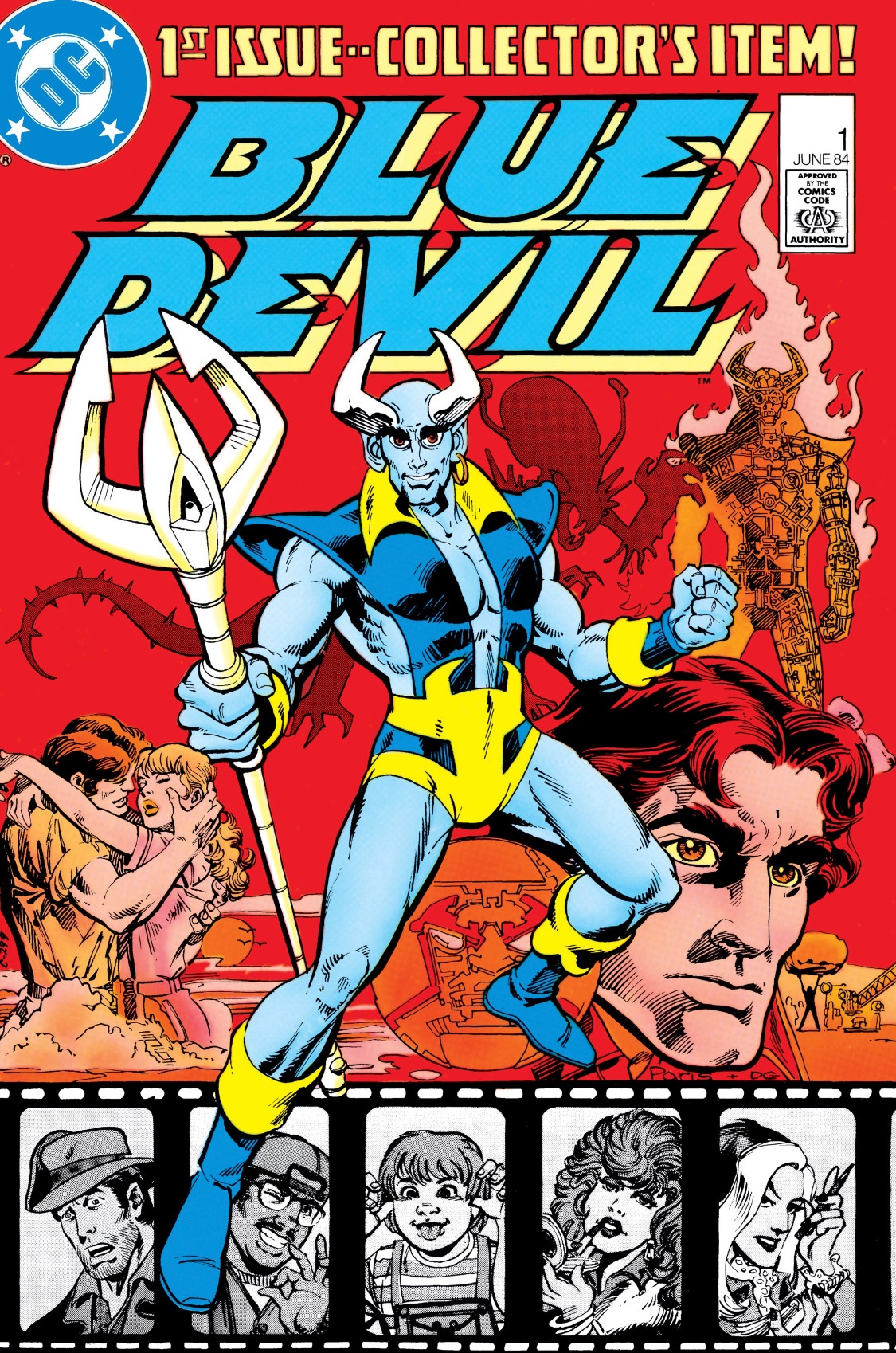 After years of being bound to the town, Daniel finally got his chance to leave Marais this week! Too bad he left some of his comic book collection behind! Sharp-eyed fans may have noticed ‘Blue Devil’ comics scattered throughout Daniel’s video store. Each of those comics were real, and all of the covers were drawn by Paris Cullins. We spotted issues 1, 3, 12, 13, 21, and 28. Did you spot any we missed? BTW, earlier in the episode Liz appeared to be reading ‘Blue Devil’ #1 on her iPad, which begs the question – is Liz a DC Universe member?! Is DC Universe itself real or fictional? Are you and I merely fragments of a dream? The mind boggles. 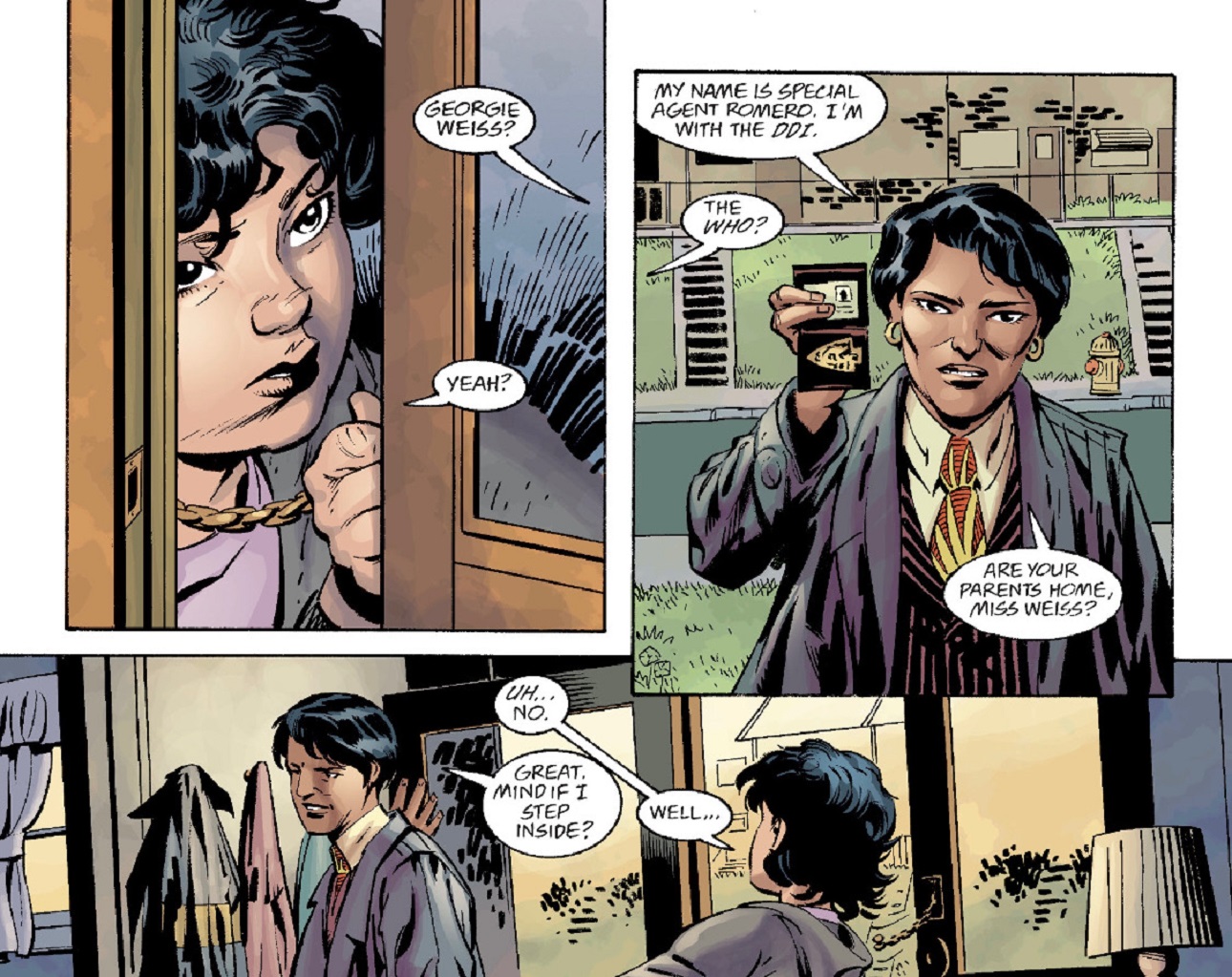 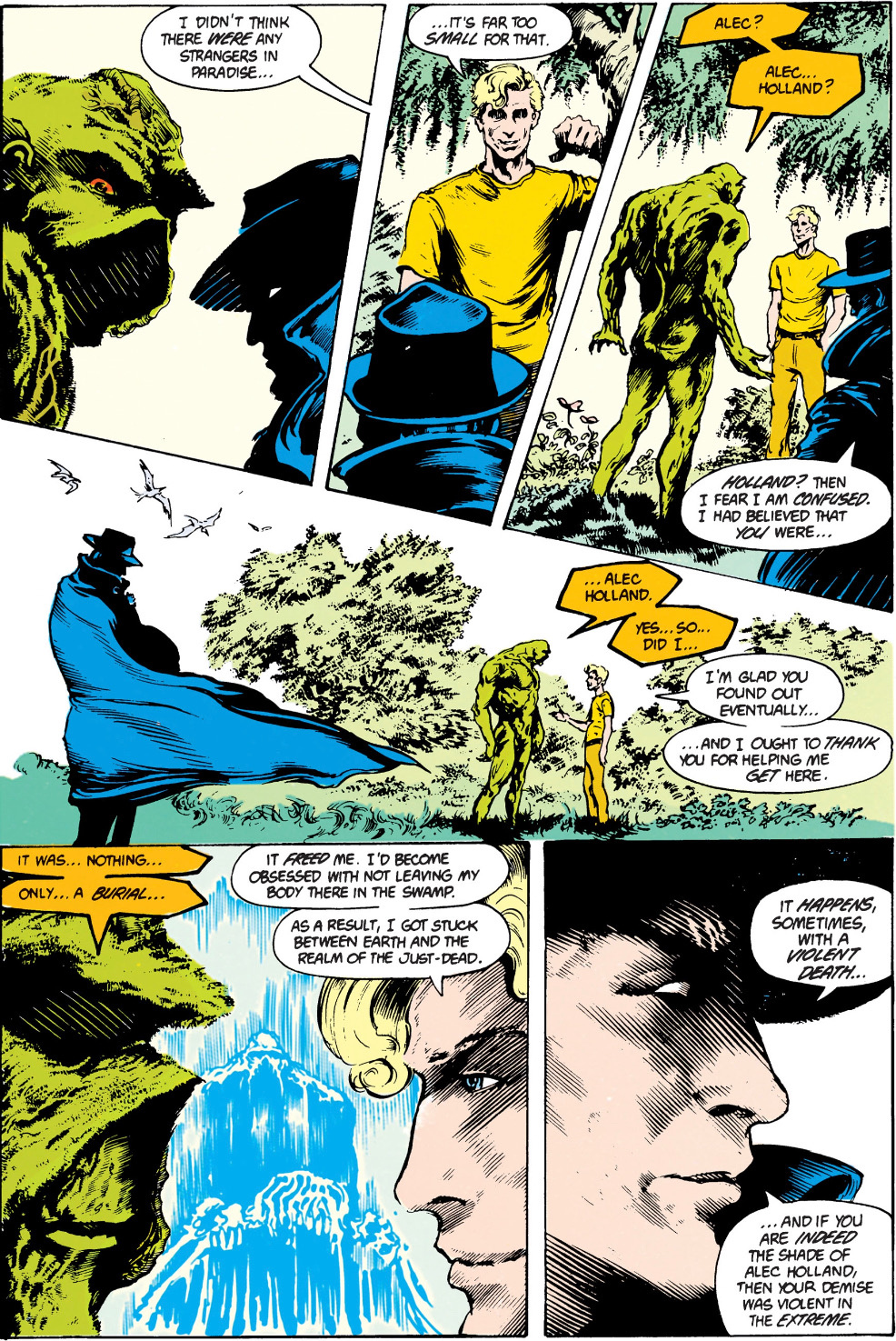 Before the series came to a close, Swamp Thing made some peace with the fact that he wasn’t Alec Holland by having an internal conversation with the man himself. Was it a figment of his imagination, a manifestation of Holland’s consciousness, or a ghost? With the swamps of Marais, who can really say? Either way, it helped Swampy gain closure on his recent experiences and forge a new beginning. In 1984’s ‘The Saga of Swamp Thing’ #28 (written by Alan Moore and penciled by Shawn McManus) Swampy helped lay Alec Holland’s memories to rest by giving his remains a proper burial. Over the years, Swamp Thing has had many conversations with Alec Holland similar to the ones from this episode. The first instance occurred in 1985’s ‘Swamp Thing’ Annual #2 (written by Alan Moore and penciled by Steve Bissette) when Swampy met Alec’s soul during a trip to the afterlife. Alec thanked Swamp Thing for finally giving him a proper burial. Since then, Alec and Swampy have had a few other meetings in various forms.

You stuck around after the credits right? If you missed the jaw-dropping post-credits scene, Matt Cable returned to the Sheriff’s office to find it in ruins and a transformed Jason Woodrue standing over the corpses of his coworkers. Woodrue now has skin similar to Swamp Thing, and deadly powers as well. The comic-book version of Jason had a similar transformation in 1976’s ‘The Flash’ (written by Denny O’Neil and penciled by Dick Dillin). Originally, Dr. Woodrue was a fauna-based villain known as the Plant Master. But after ingesting some special chemicals he formulated, Jason transformed into the mossy Floronic Man. Jason's sported this signature look ever since, and it was a great moment for fans to see him go full Floronic Man before ‘Swamp Thing’ drew to a close.

Thanks for searching through the swamp for Easter eggs with us! Now that our bayou egg hunt is over, it’s time to get ready for our next excursion. Check back here on September 6th as we revisit our friends from ‘Titans’!