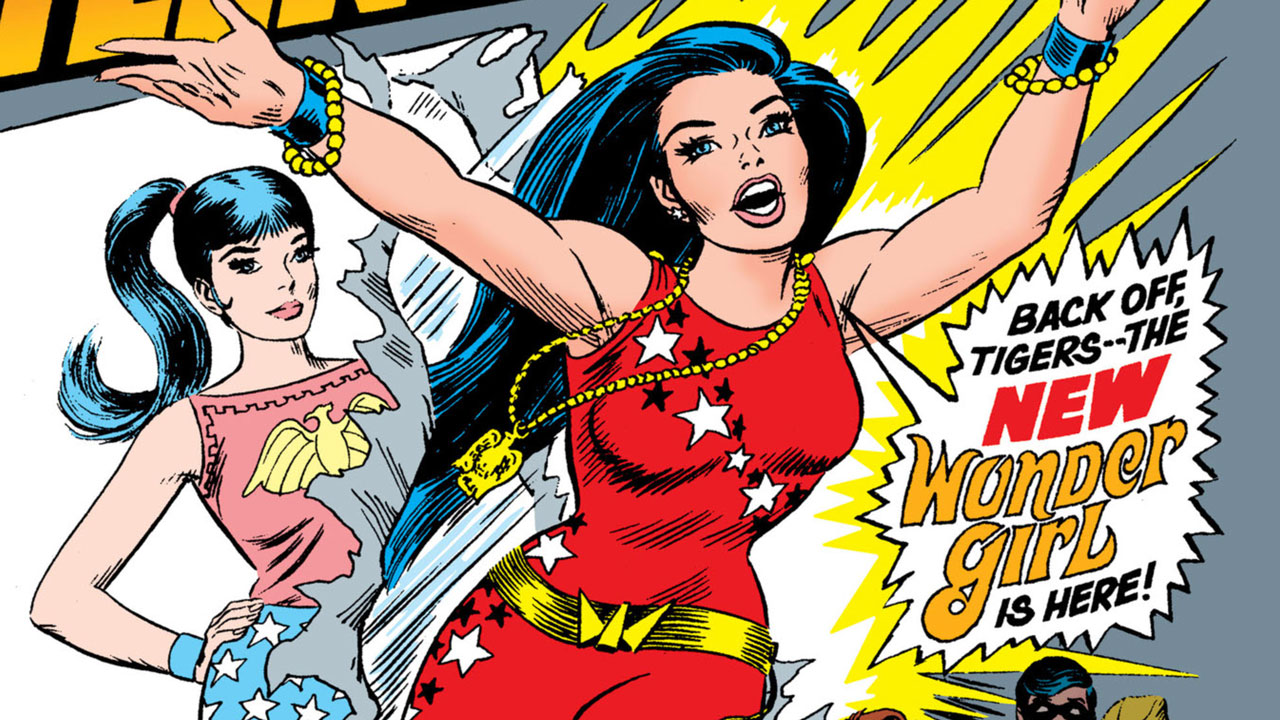 To be a memorable hero (or villain) you’ve got to make an impression. A great look is the key to staying in the hearts and minds of those who admire or fear you. Unfortunately, the various good guys and bad guys of DC haven’t always struck gold the first time around with their super suits. Let’s take a look at 10 of the best DC costume upgrades! 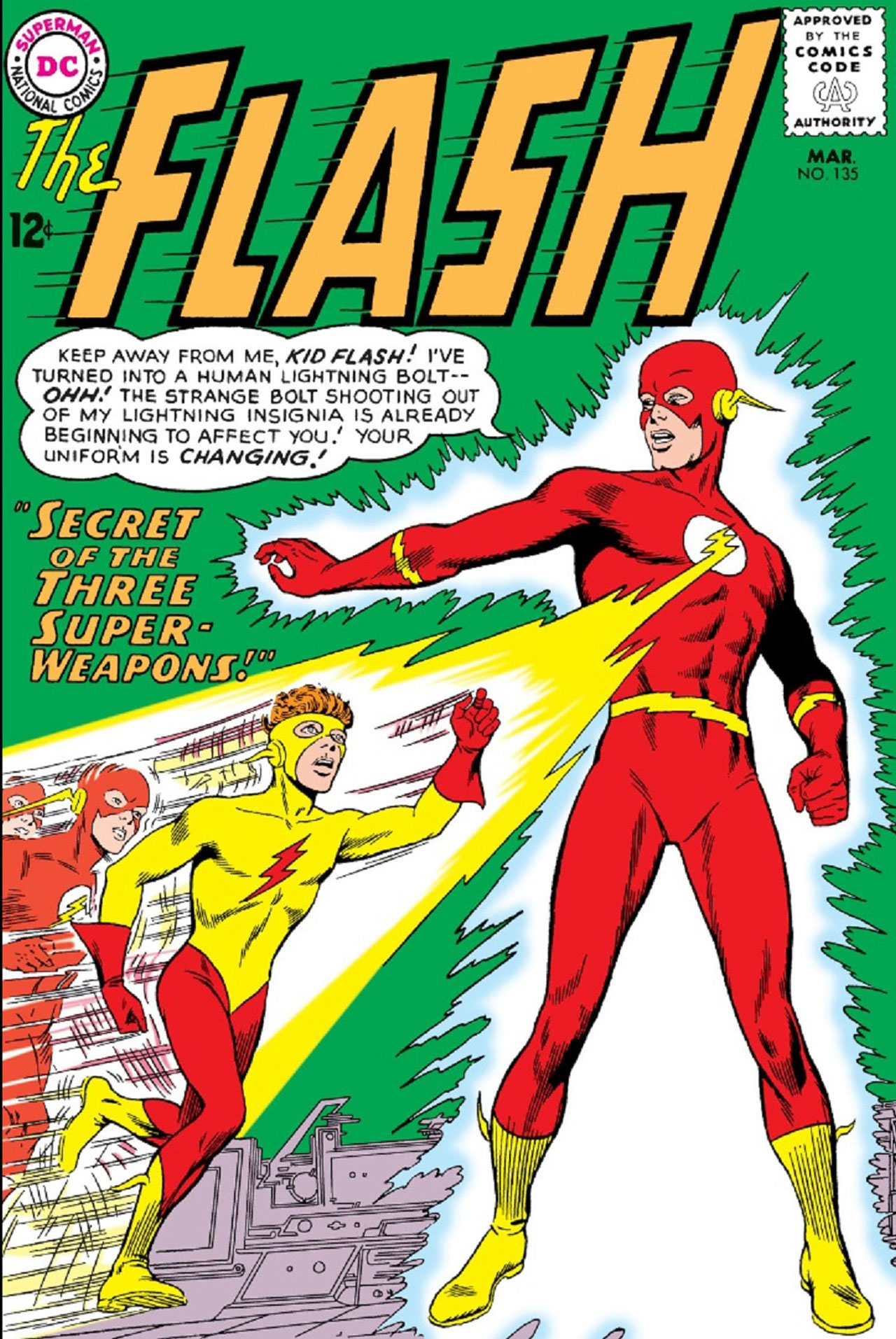 First appearing in The Flash #110, Wally West originally wore an exact replica of the Scarlet Speedster’s costume. But in Flash #135, a matter-transformer machine zapped the Flash, then hit Wally with a beam of energy, causing his suit to change to the now classic yellow-and-red number. In this issue, the Flash had remarked that he was planning on changing KF’s look anyway. How convenient! 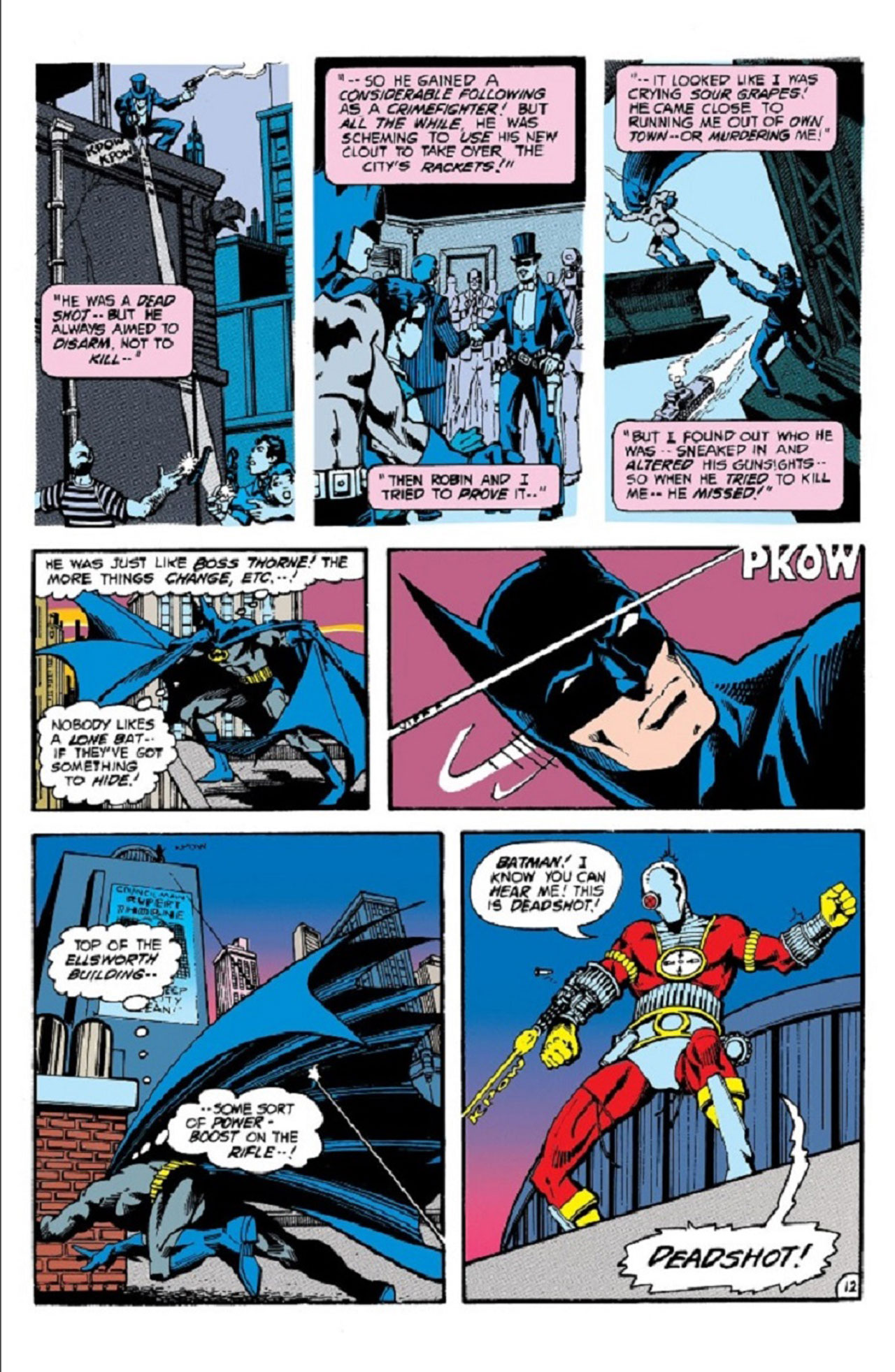 In Batman #59, crack marksman Floyd Lawton dressed in a tuxedo, similar to that of famed magician Zatara. With his top hat and domino mask, Lawton operated as a crimefighter, while secretly planning to take control of the Gotham City rackets. Batman arrested him, but Lawton emerged years later in a totally new outfit, complete with a full-face mask, targeting eyepiece, and red body suit. The look changed in the succeeding years, but the general pattern of the red eye-scope look has stayed the same. No more tuxes for this assassin!

In the pages of the original Teen Titans, Donna Troy stood out as the team's sole female. But as the sixties turned into the seventies, fashion changes around the country were turning, and the Amazon hero took notice. In Teen Titans #23, Donna traded in her star-spangled shorts for a red leotard and mod jewelry. Needless to say, this letting of her hair down drew the interest of the guys on the team, particularly Speedy. 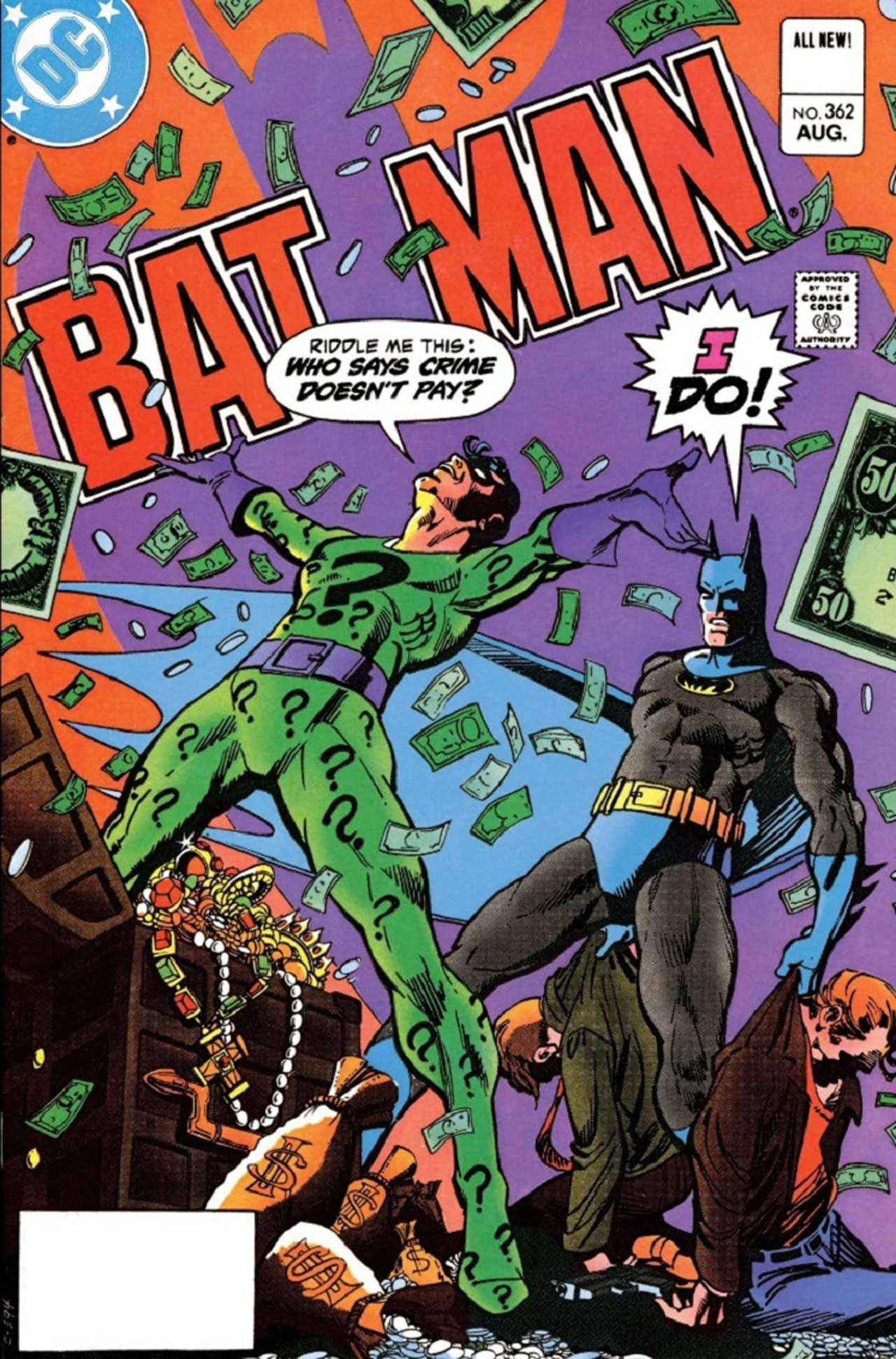 Riddler’s trademark symbol is the question mark (often enmeshed in the color green), but the Prince of Puzzles has maintained two different yet equally iconic looks over the course of his career. The first -- green spandex topped with purple gloves, mask, and utility belt. 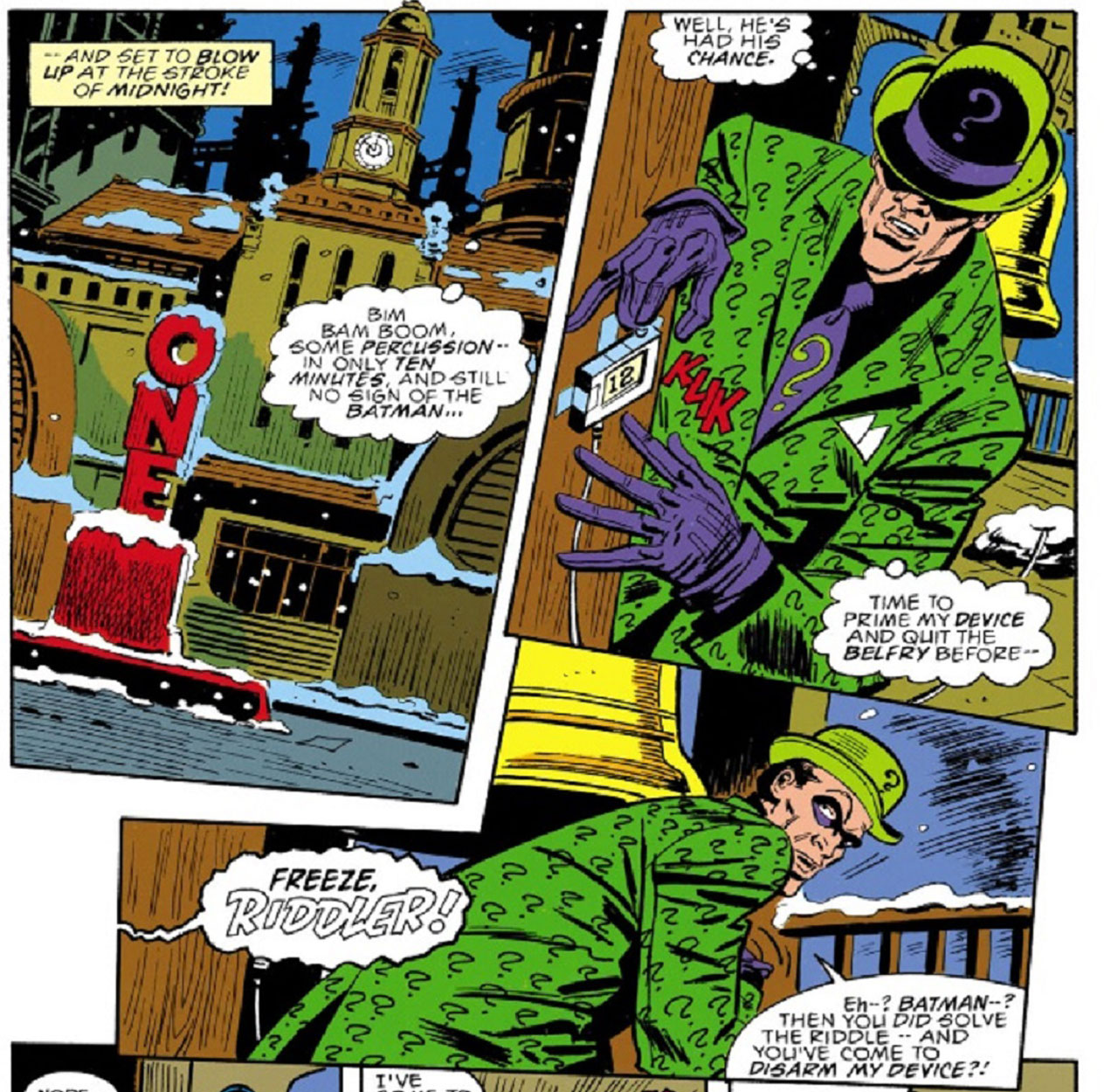 Over the years, different media interpretations have depicted Edward Nygma in a green suit and bowler hat. This can perhaps best be seen in the '60s Batman series’ pilot episode, and in Batman: The Animated Series. The comics eventually followed suit, although certain issues, like Batman #490, have seen Riddler wearing both looks for different capers. 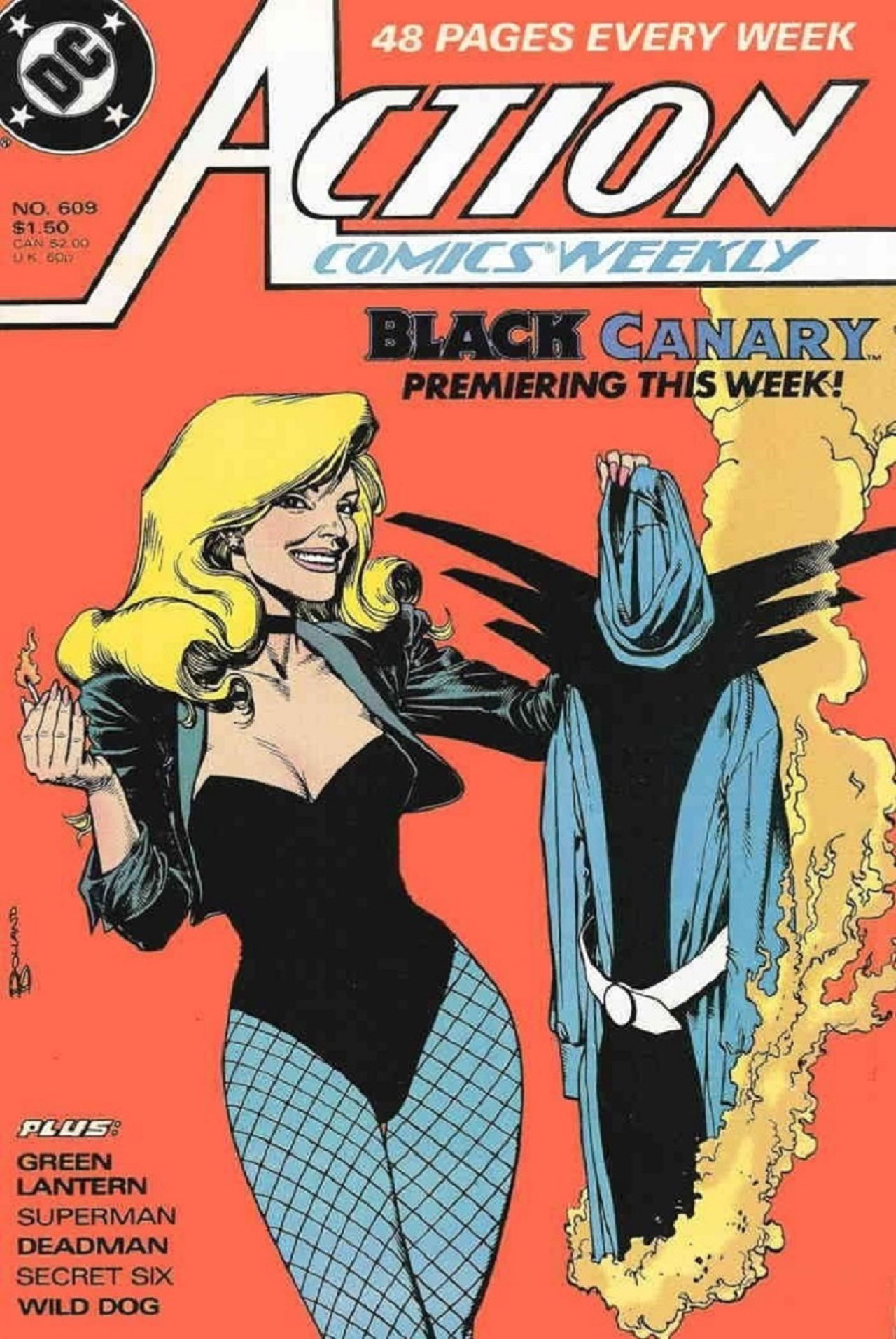 Black Canary’s outfit is a classic, and she's maintained this look for nearly eight decades. With her martial arts skills and glamorous beauty, Dinah Lance always returns to her original design of leotard, jacket, and fishnets. But we shouldn’t ignore the attempts seh's made to change her look over the years. One instance is in Detective Comics #554, when she believed adopting her mother’s (the original Black Canary's) costume was psychologically holding her back. She then created a new look to better suit the new wave 1980s. But after a few years (and fan outcry), she burned the costume in the home she shared with Green Arrow, and returned to her trademark fishnets. 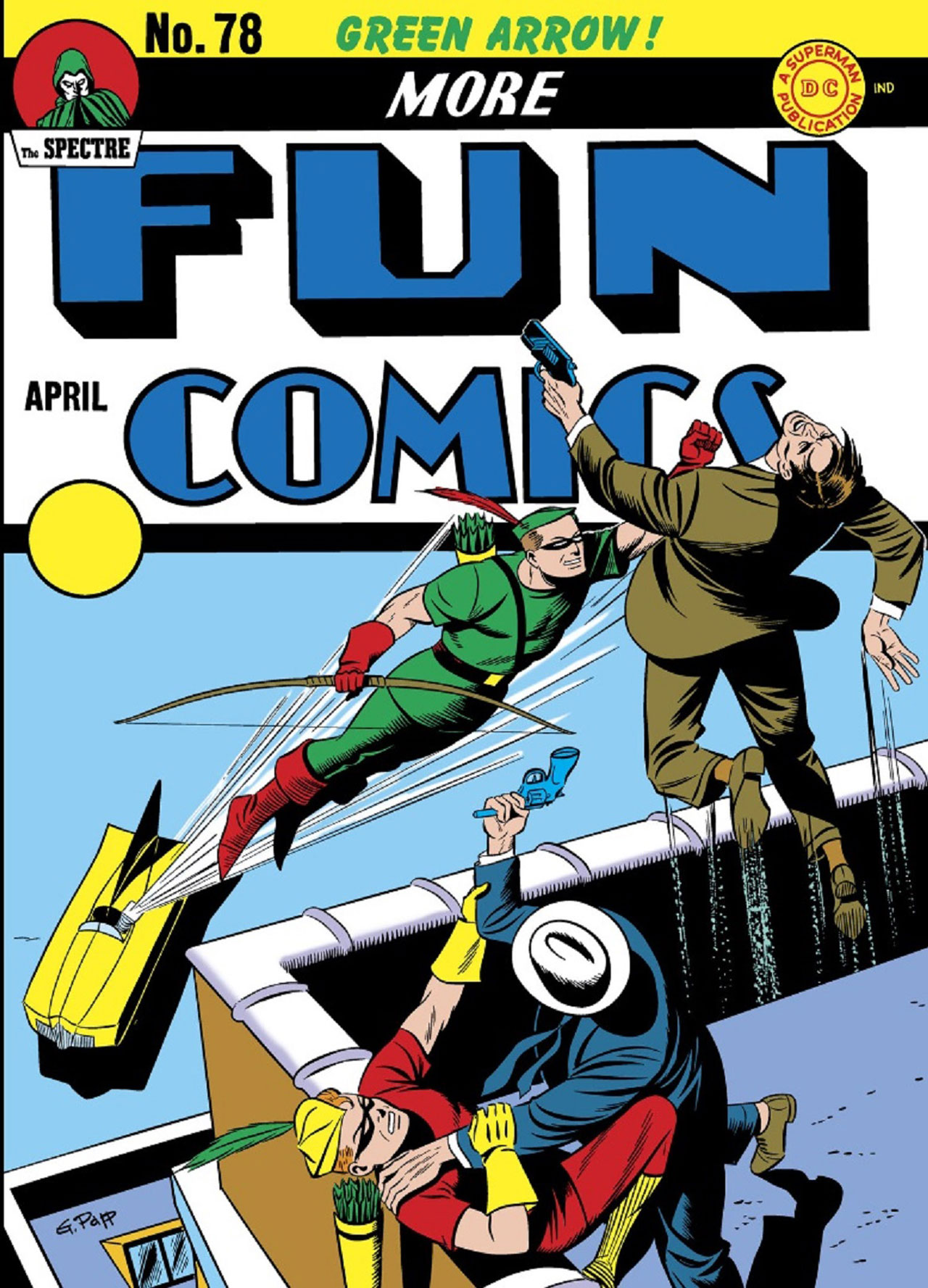 When Oliver Queen first made the scene in More Fun Comics, his suit was one of the simpler superhero costumes around. A short-sleeved green top and leggings with red gloves and boots, topped with a feather-tipped cap and mask, obviously inspired by Robin Hood. His partner Speedy had the exact same look, only colored red and yellow. GA bobbed around different teams like the Seven Soldiers of Victory and the Justice League with this look, but in Brave and the Bold issue #85, artist Neal Adams updated the Archer’s design to better match the more free-spirited times and his looser personality. Like Deadshot, this look has varied over the years, but the addition of the Van Dyke beard has remained intact. 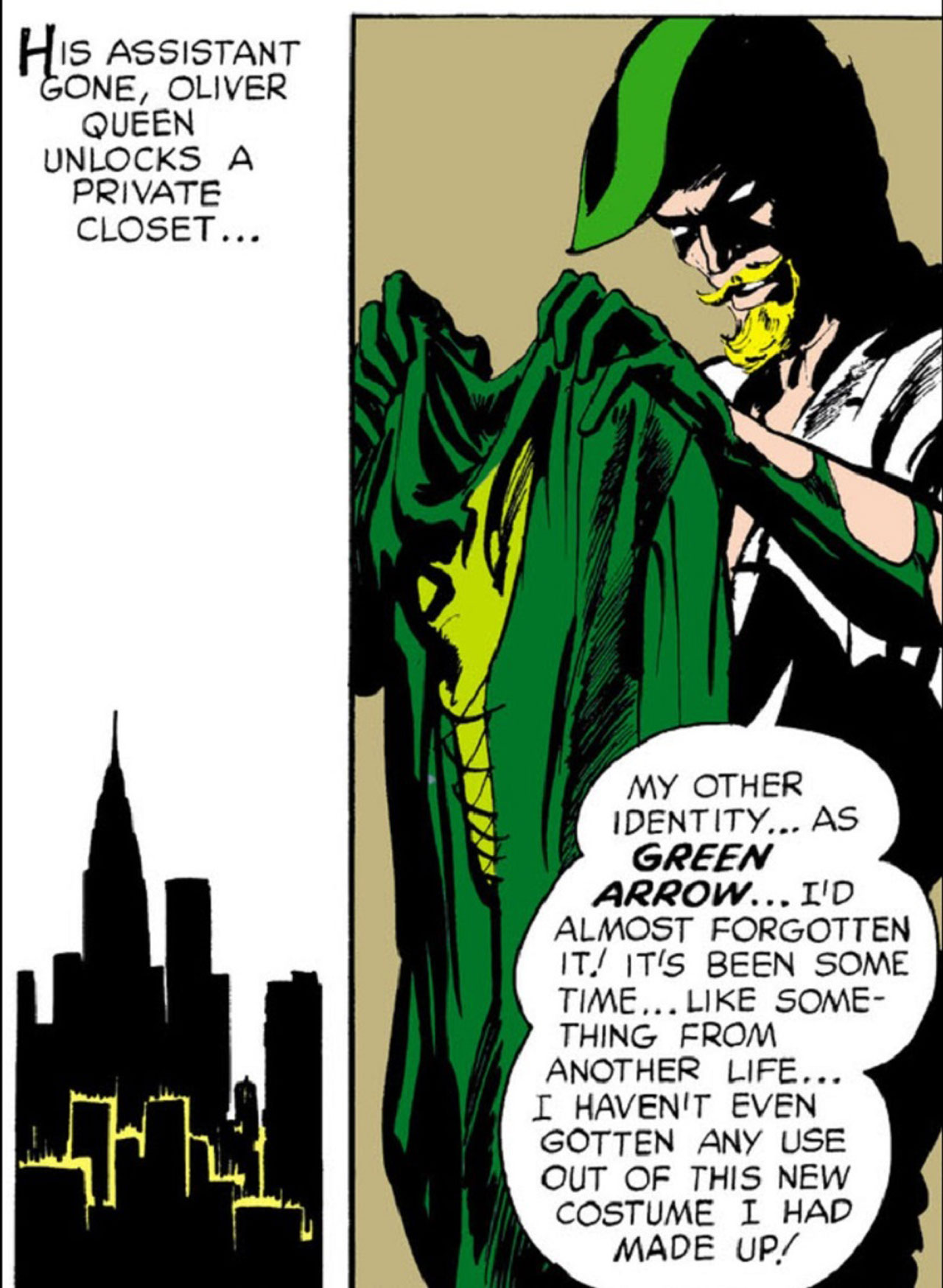 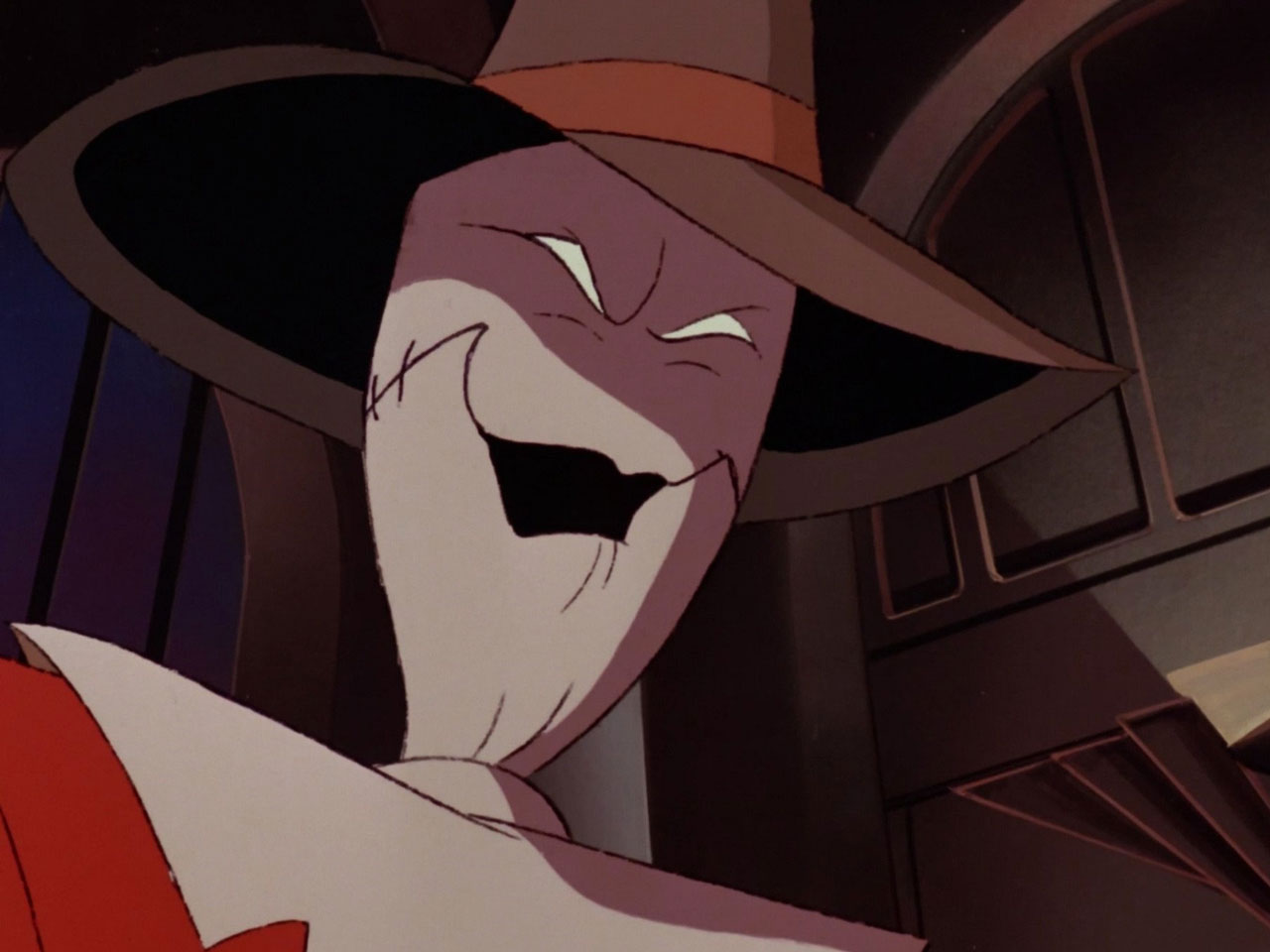 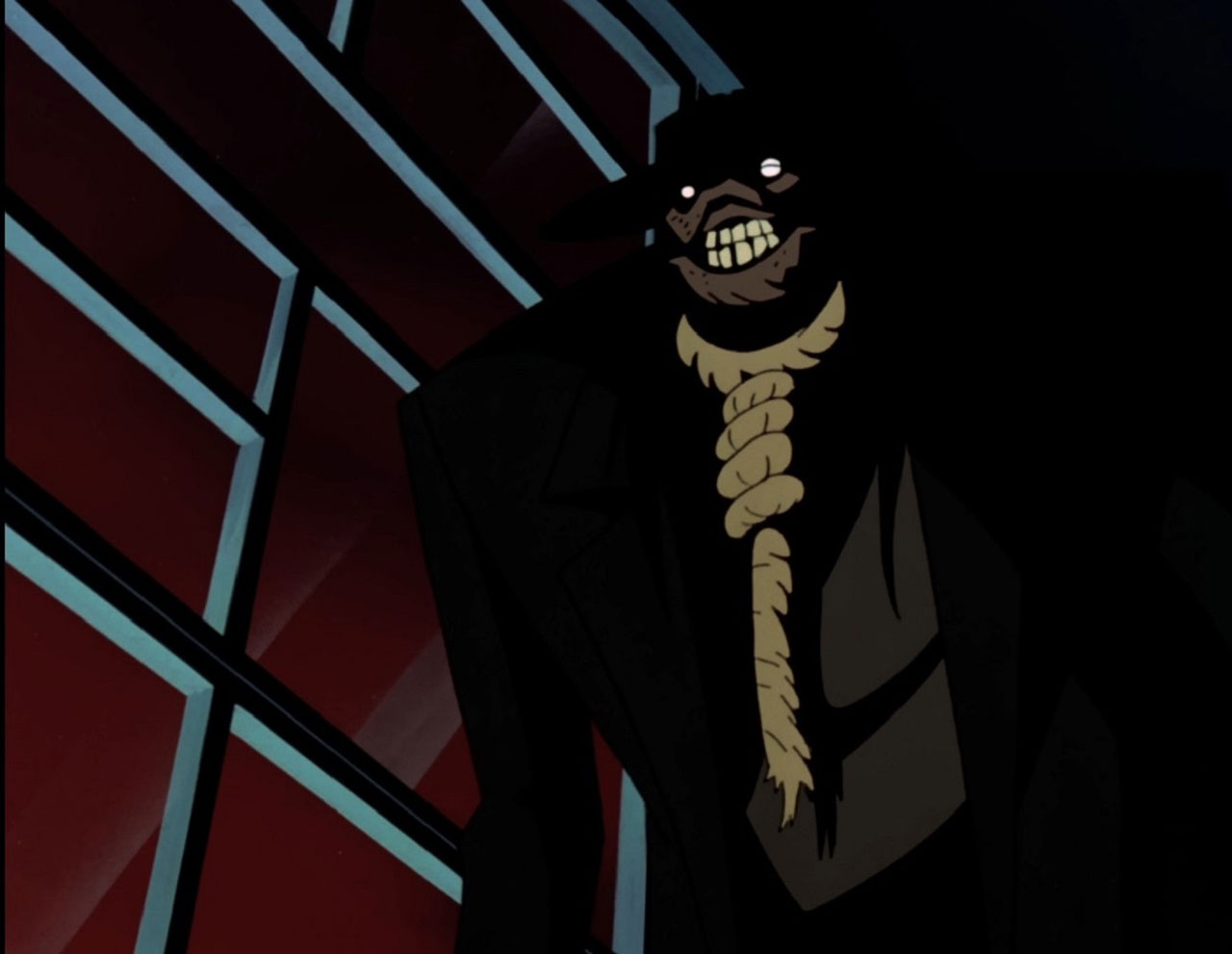 In Batman: The Animated Series, the Scarecrow had a number of different designs. Originally hewing closer to his original comic book design, he didn’t strike a lot of fear for a guy who was meant to be frightening. His head looked too much like the punching bag Batman would use it for. A second design appeared in the episode “Fear of Victory”, and this more deranged look was maintained for the remainder of the show’s original run. But in The New Batman Adventures episode “Never Fear,” the Scarecrow reappeared with an all-new look, terrifying younger viewers by sporting a hanged man’s noose and a bizarre face that resembled a zombie rather than a scarecrow. Of all the redesigns of the Batman villains in TNBA, this was by far the best received. 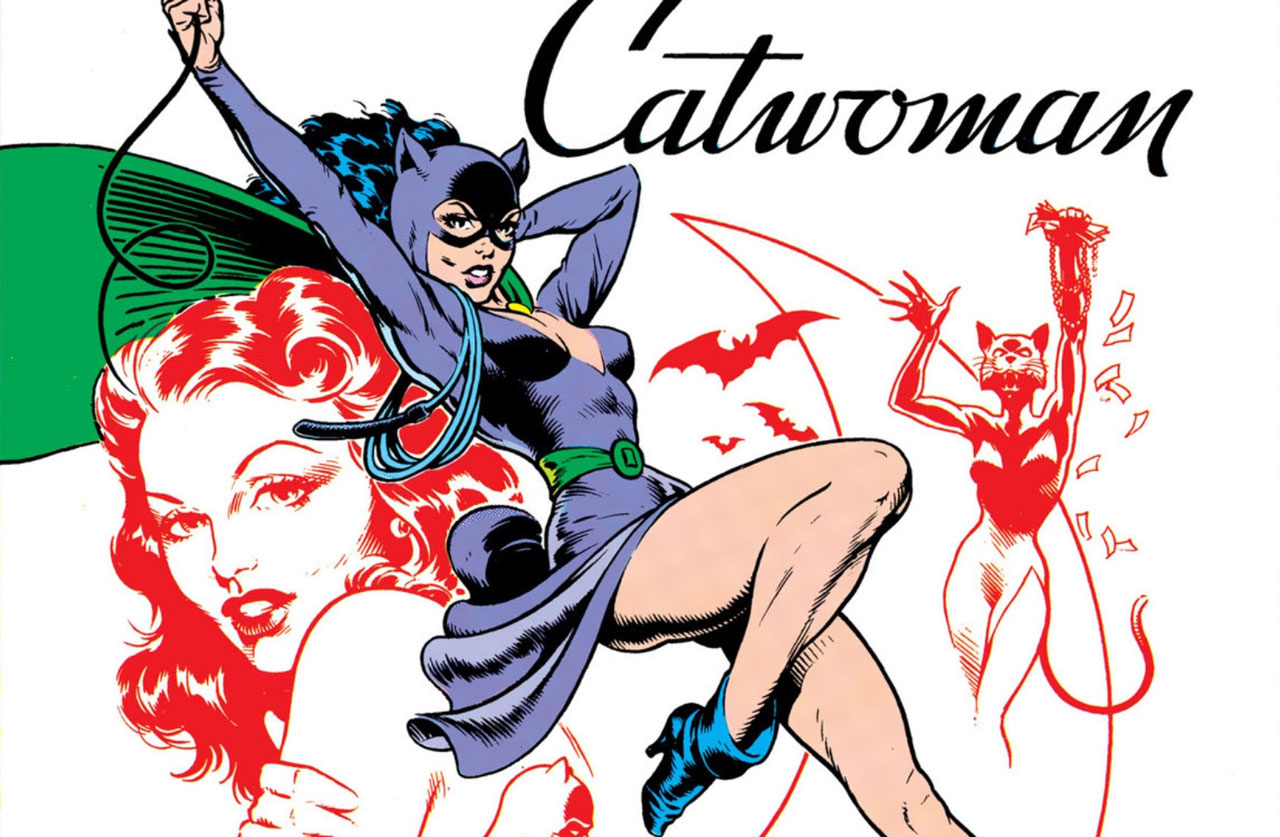 In Batman #1, Selina Kyle first appeared as a beautiful woman disguised as an elderly maid in an effort to steal diamonds. Known as “The Cat," she later returned wearing another disguise -- a giant cat-head mask. This look didn’t last long before she got an update in the form of a purple cat-eared mask. This costume evolved into what became a classic design, with a green cape and a cat o' nine tails whip to slash anyone who crossed her. 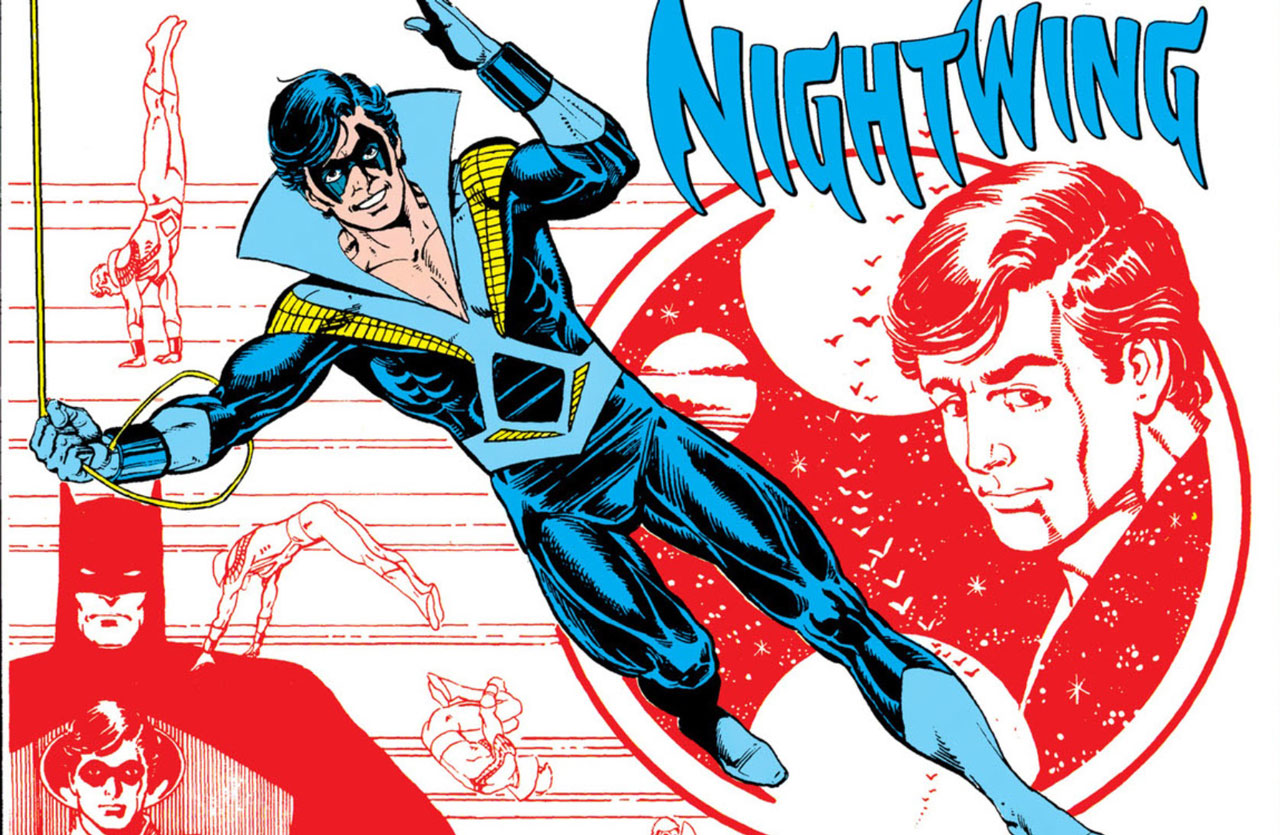 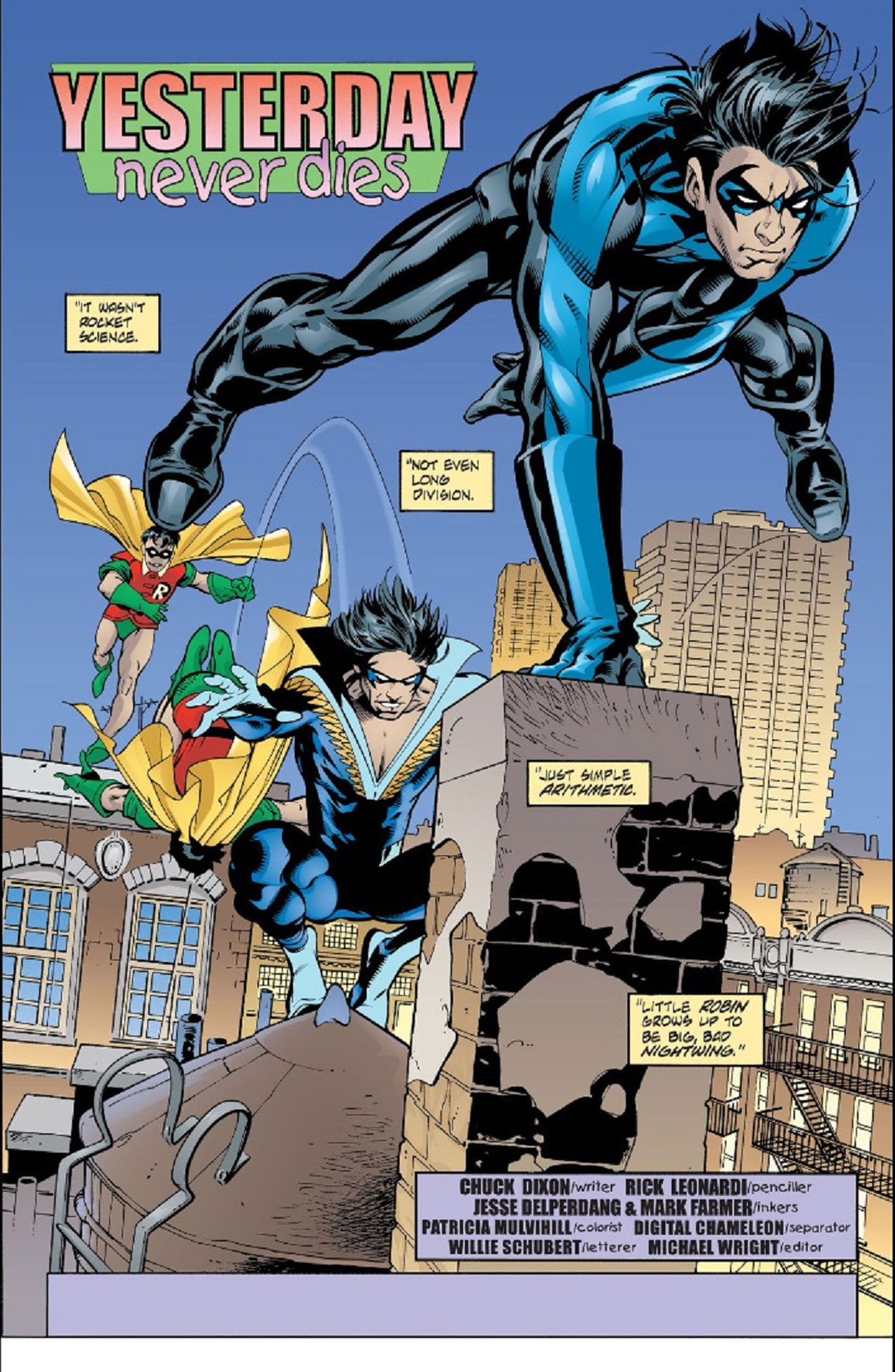 One of the most popular upgrades in DC History, Dick Grayson’s fashion sense grew from a tiny acorn to a mighty oak tree. After retiring as Robin, Dick returned to help the Teen Titans with a new costume and identity, that of the acrobatic hero Nightwing. His first suit shined bright and dark shades of blue with yellow accents resembling feathers. Most notorious is the high disco-style collar, which -- while classic -- was a bit much for some readers. Later, Dick got an upgrade courtesy of Mirage, then posing as his lover Starfire. After he briefly retired as Nightwing, Batman’s tech-assistant Harold designed Dick a sleek, black costume with a blue insignia that wrapped across his back, torso, and down his arms. This became the iconic Nightwing suit that's since seen variations in multiple media, from Teen Titans to Young Justice to, more recently, the Titans Season 2 finale. 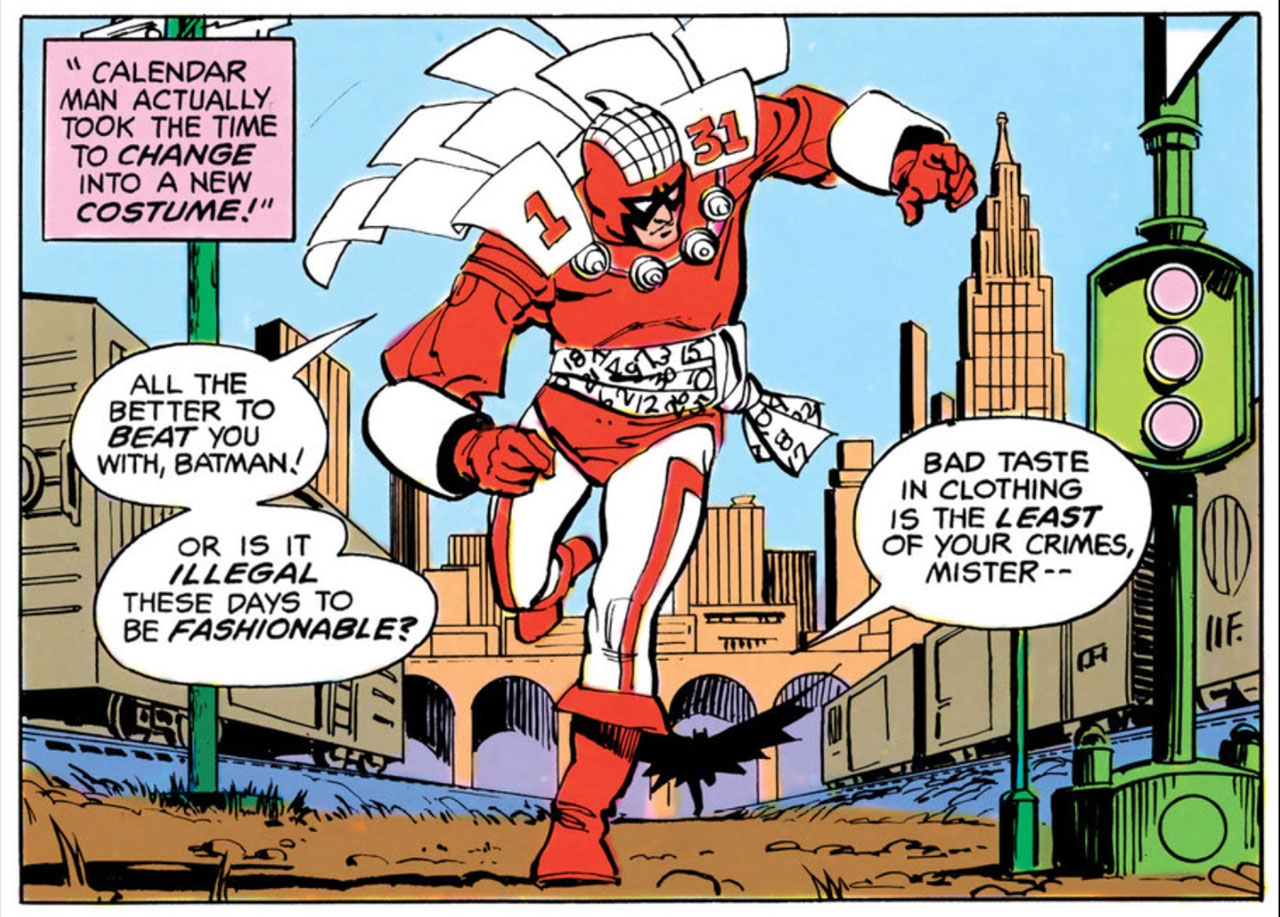 Even more than Nightwing, Calendar Man is the character who's received the most dramatic visual change over the years. Originally changing his costume to match the various dates of the holidays on which he would commit his crimes, Julian Day’s eventual go-to look was a baggy red-and-white costume with numbers scattered throughout. We can only hope his crimes against fashion were taken into consideration when Batman arrested him. But this bizarre outfit remained until Batman: The Long Halloween, when artist Tim Sale revamped his look to a simple bald head tattooed with abbreviations of months. Slicker, smoother, and more to the point, this is the best DC costume revamp of them all! 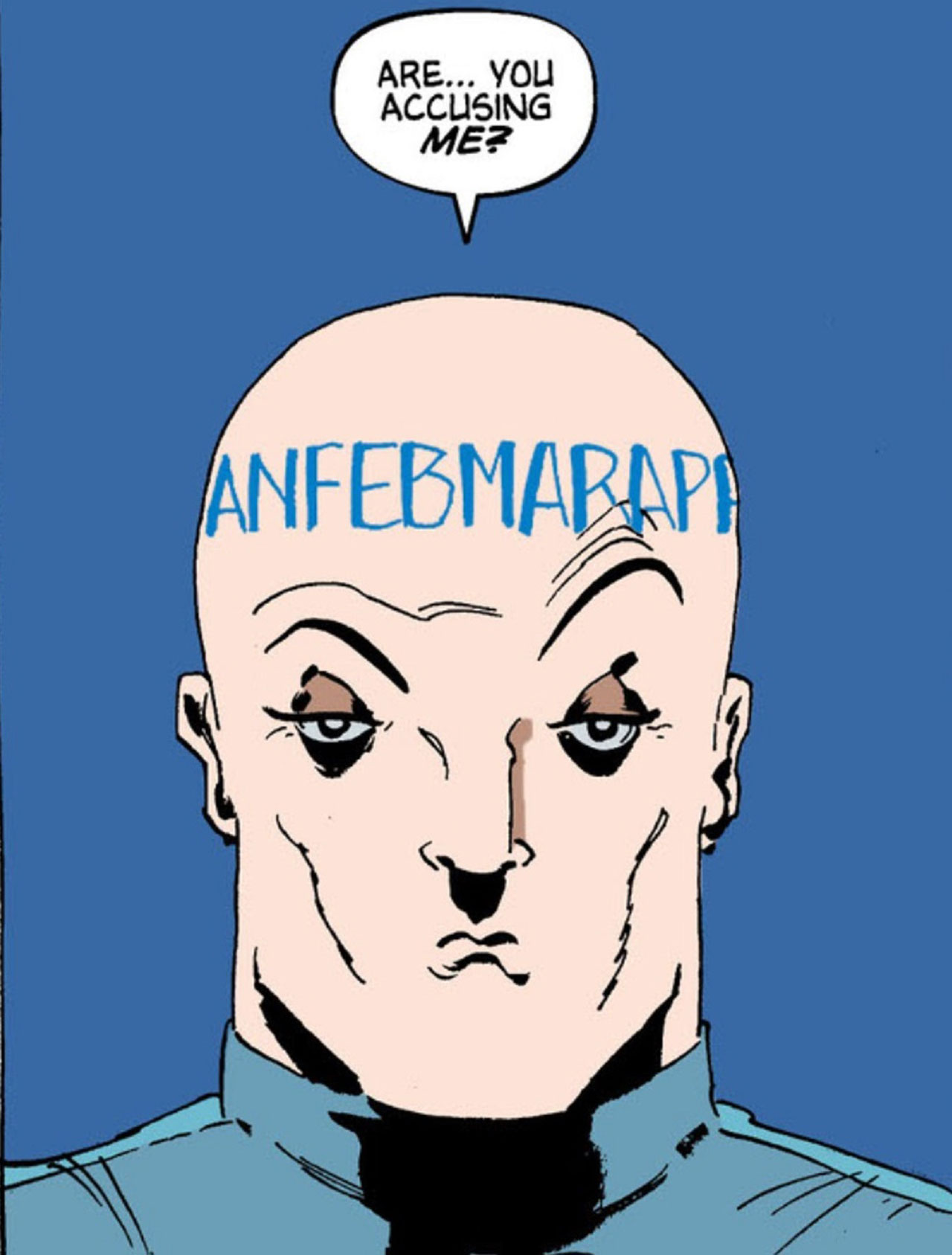 What’s your favorite costume redesign? Let us know in our Community!