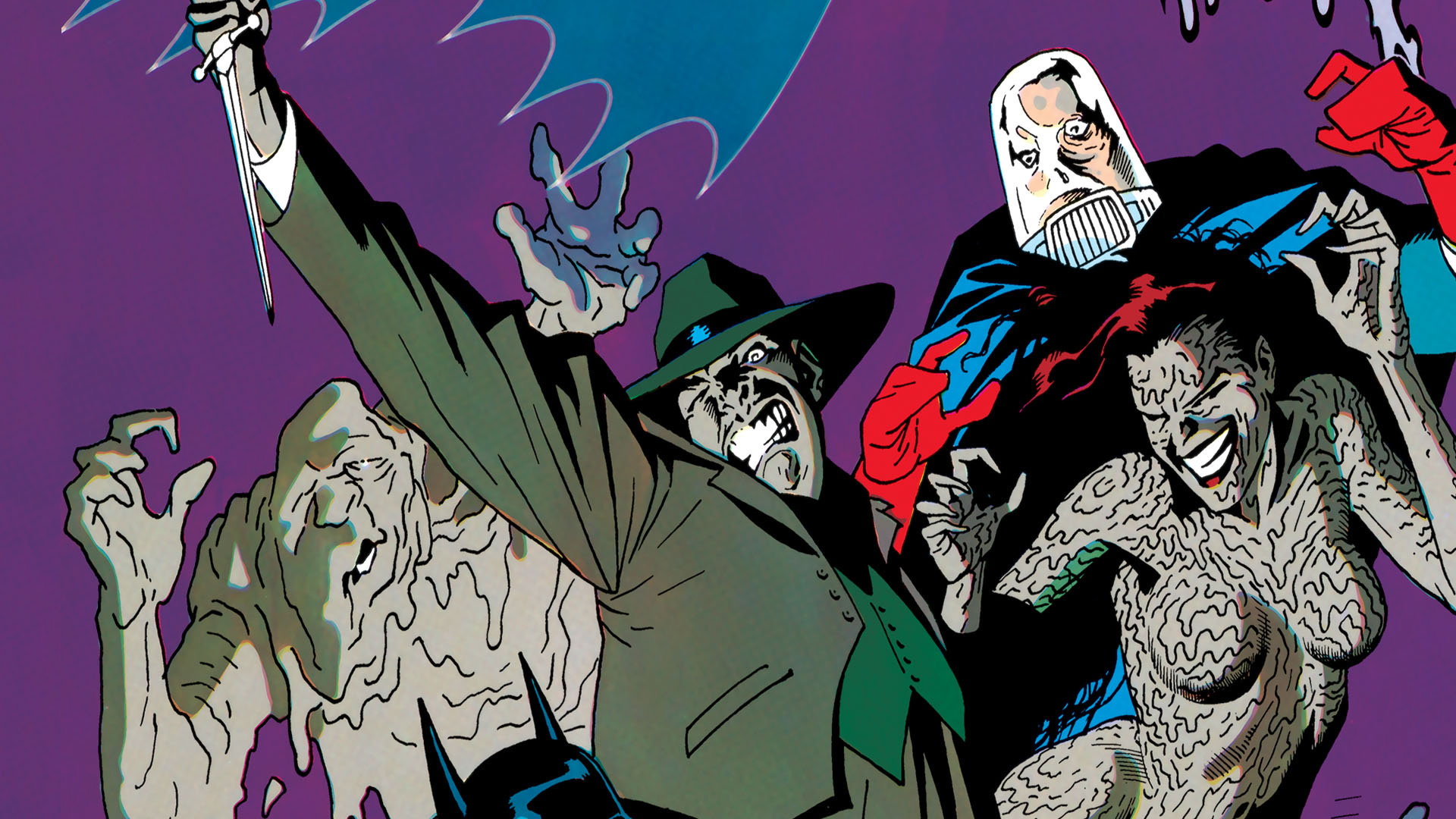 Clays of Our Lives: An Acting Revue of the Many DC Clayfaces

As anyone up to date with DCU’s original series Harley Quinn can attest, the prolific and multi-talented shapeshifting thespian known as Clayface was born for the stage. But just as Clayface longs to play all the great roles of the theatre, Clayface himself is a role that many have played, treading the boards of Gotham City as each continues the storied tradition of playing opposite the city’s most shining star, the Dark Knight Detective. Because each actor melds so perfectly into the role, it can be difficult to tell one Clayface from another. But worry not: consider this article DC Universe’s Playbill to help you tell the dramatis personae apart, just so you can be certain who you’re applauding as the curtain closes. 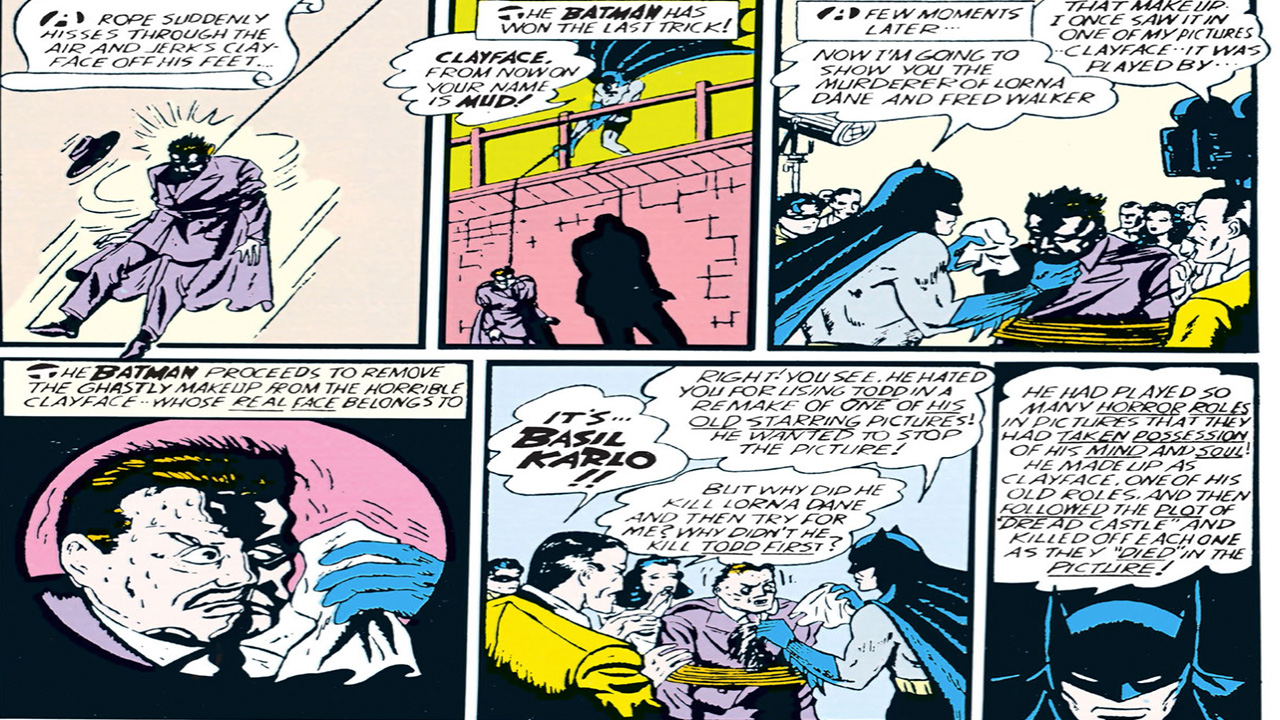 Like Douglas Fairbanks as Zorro, or Gene Wilder as Willy Wonka, some actors are inseparable from the character they originated on screen no matter how many iterations follow. Such is the case with Basil Karlo, the prolific horror actor with a cult following who fell into Super-Villainy when the merciless studio machine left him behind. One of Batman’s oldest enemies, the original Clayface didn’t even have any super powers — just a mask, and a dream. But thanks to a revival campaign courtesy of his successors, Karlo assumed the powers which had since become synonymous with his title, and is recognized today as the consummate Clayface; even occasionally adopting the names of those who came after him as his own pseudonyms. Karlo can currently be found in DCU’s Harley Quinn. 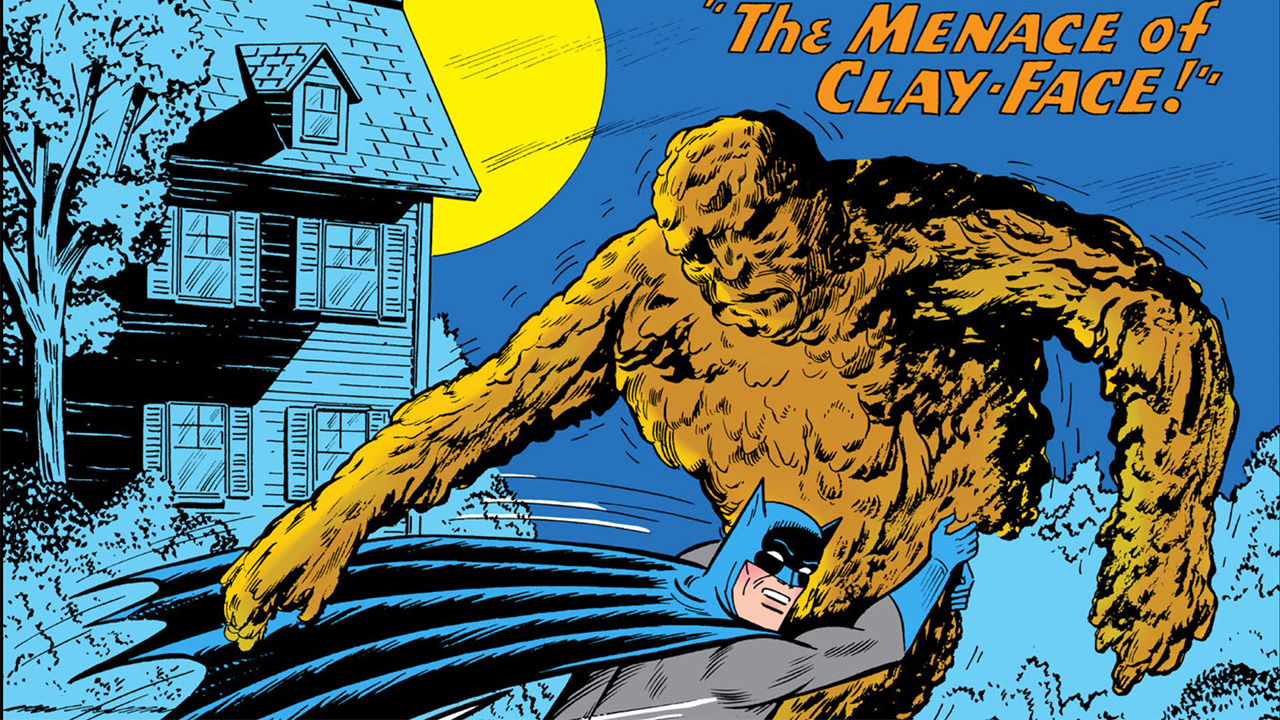 The first actor to assume a role so thoroughly defined by its originator always has an enormous task ahead of them. It’s always a challenge for an actor to pay tribute to the original while reinventing the role for themselves, setting the tone for perhaps generations of actors to come. Hagen accomplished this at first by adding a roguish Indiana Jones flair to the role, reinventing Clayface as a treasure hunter: and then, in a daring move which has come to be seen as essential to the character, succumbed to a malleable form and an array of shapeshifting powers, becoming a literal thing of clay. The role hasn’t been the same since. While Batman: The Animated Series would later conflate the origins of these first two Clayfaces in “Feat of Clay,” Hagen continues to play the role in the animated Young Justice series. 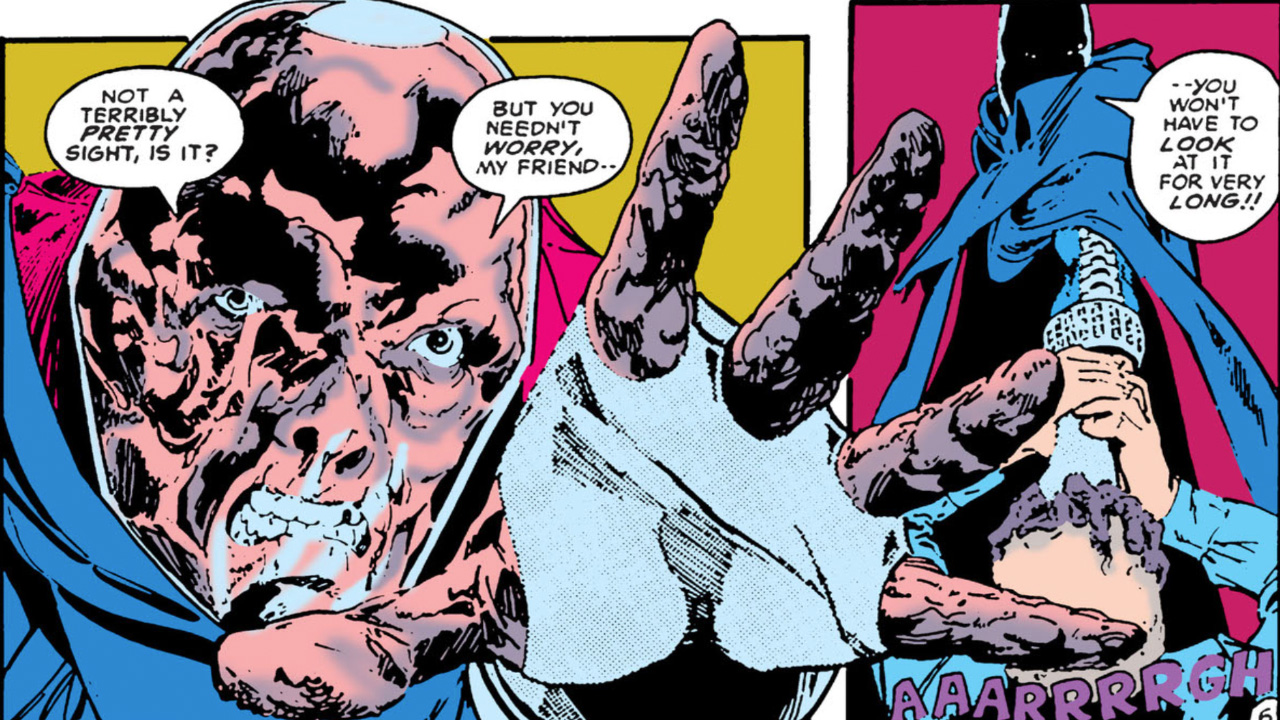 Where Hagen introduced new powers to the Clayface character, the oft-overlooked Preston Payne added new dimensions of tragedy and romance, lending the character a pathos never before seen. Payne’s story begins with sympathy, as a sufferer of a rare disease for which Matt Hagen’s blood is used as an experimental cure: only for the process to corrupt his body to the point that he can only remain fully integrated in a specially designed environmental containment suit, as the man he once was turns to mush along with his brain. So desperate does Preston’s Clayface become for any semblance of love or humanity that he finds himself enamored with a department store mannequin. Although, for a time, he does find romance with another: his successor. 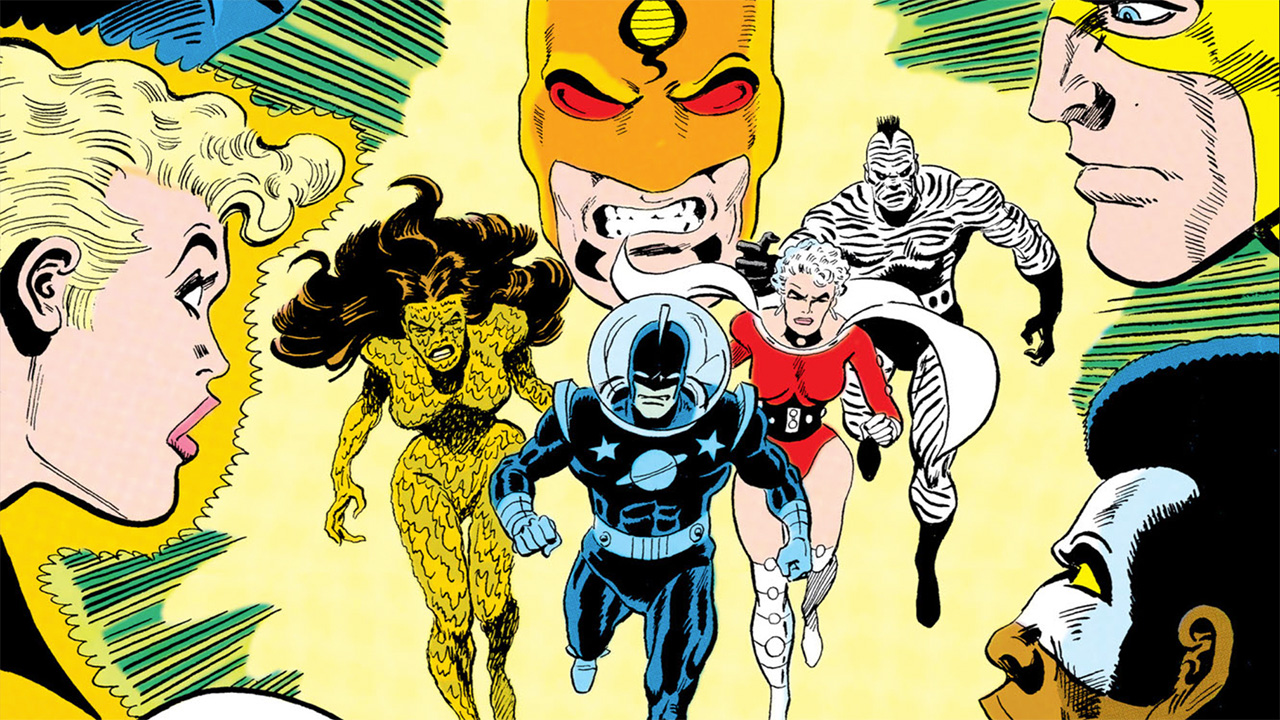 The daring fourth rendition of Clayface was the one to break all the preconceived notions of what a Clayface could be. Not a Batman villain, but an Outsiders villain. Not a victim, but an aggressor. Not a solo act, but a team builder. And not a man, but a woman. Sondra Fuller was given her powers by a mysterious third party- some say Kobra, while other conspiracy theorists posit the US government- before paying tribute to the Clayfaces who came before by reuniting all of them as “The Mud Pack.” Fuller’s tenure was responsible for revitalizing the career of the original Clayface, and also gave Preston Payne the opposite romantic lead that his narrative arc had been crying out for. Together, Fuller and Payne would bring the next Clayface into this world. She currently occupies a role in the ensemble cast of Gotham City Monsters. 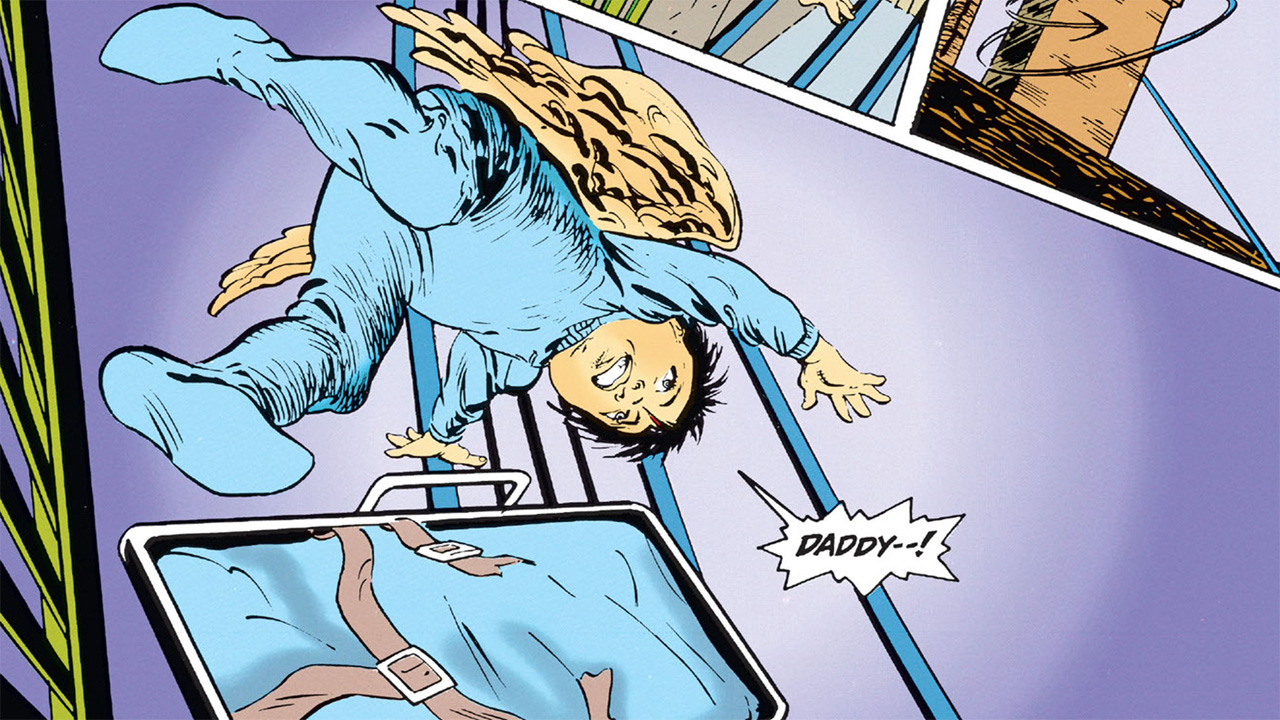 Ah, acting dynasties. As with Carrie Fisher following Debbie Reynolds, or Liza Minelli rising to stardom in the shadow of Judy Garland, Cassius “Clay” Payne is the progeny of the prior generation of Clayfaces himself: the son of the lovelorn Clayface III and the standard-breaking Lady Clay. Cassius succeeded his famous parents in a way they couldn’t dare dream of, by becoming the first Clayface to appear in a live action performance: the penultimate episode of 2002’s Birds of Prey. But whether that’s a testament to his own acting ability or the power of nepotism is a matter left to the audience. 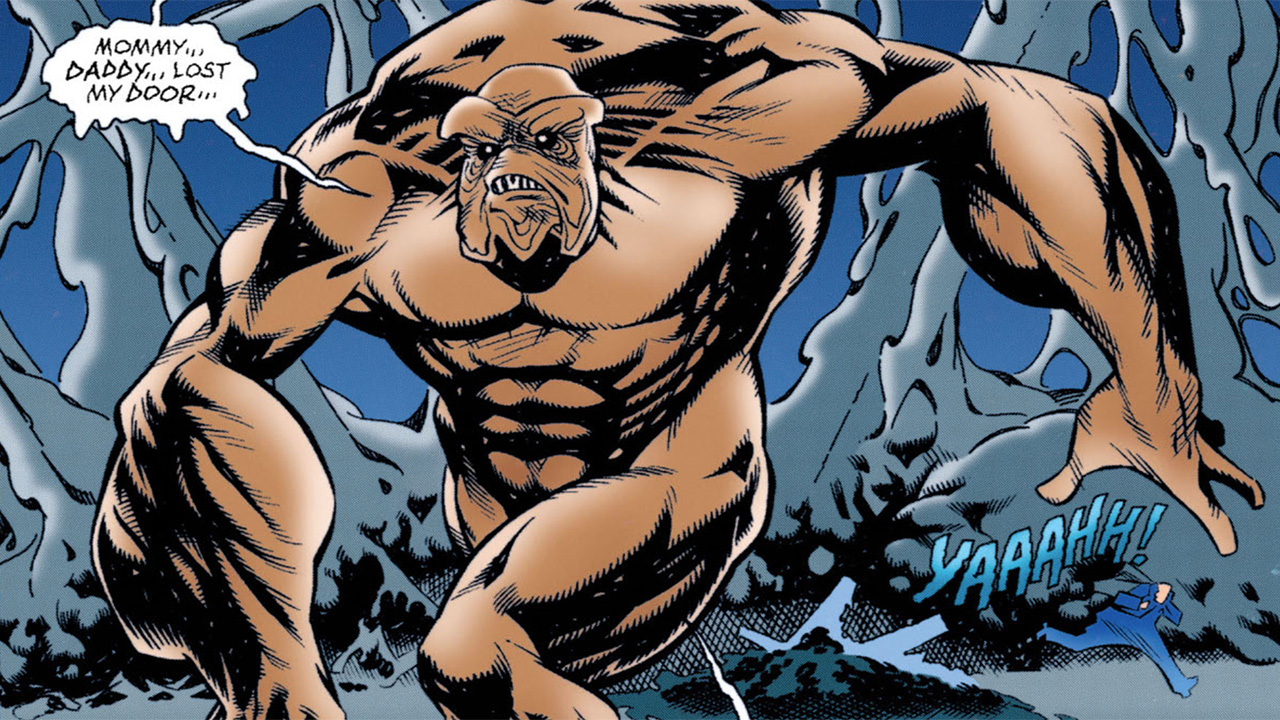 When breaking into show business, one of the most crucial elements to your ascendancy is picking a capable mentor. Dr. Peter Malley (oh, as in “malleable,” we’re just hearing it now. Clever.) found his in Cassius “Clay” Payne, whose unique spin on the Clayface powers allowed him to assimilate those he came into contact with, including his own doctor — proving once more that when it comes to the entertainment industry, it’s all about who you know. Pay it forward! 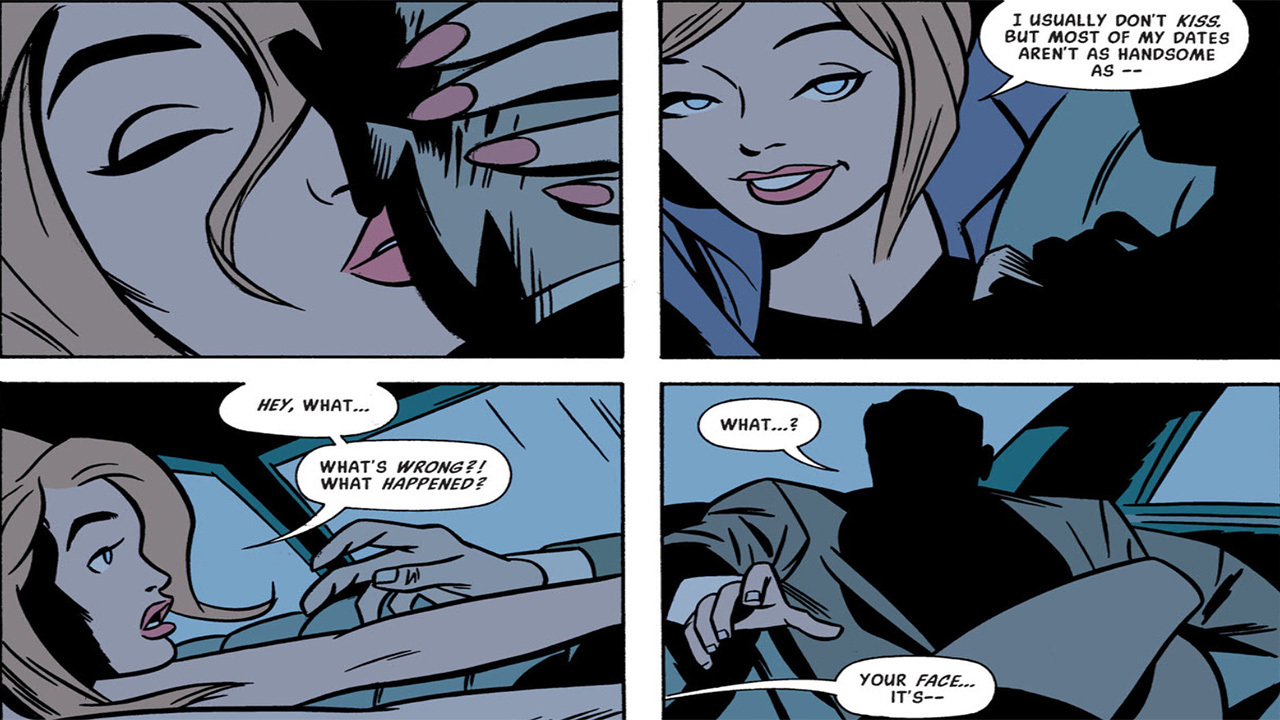 A mere understudy. Todd Russell was invented as a Catwoman adversary because the more prestigious Clayfaces were otherwise occupied. Russell was a former military veteran turned modern day Jack the Ripper, a generic enough adversary for the feline felon to sink her claws into. But sometimes, playing the straight villain can be good, steady work. Just ask Boris Karloff. 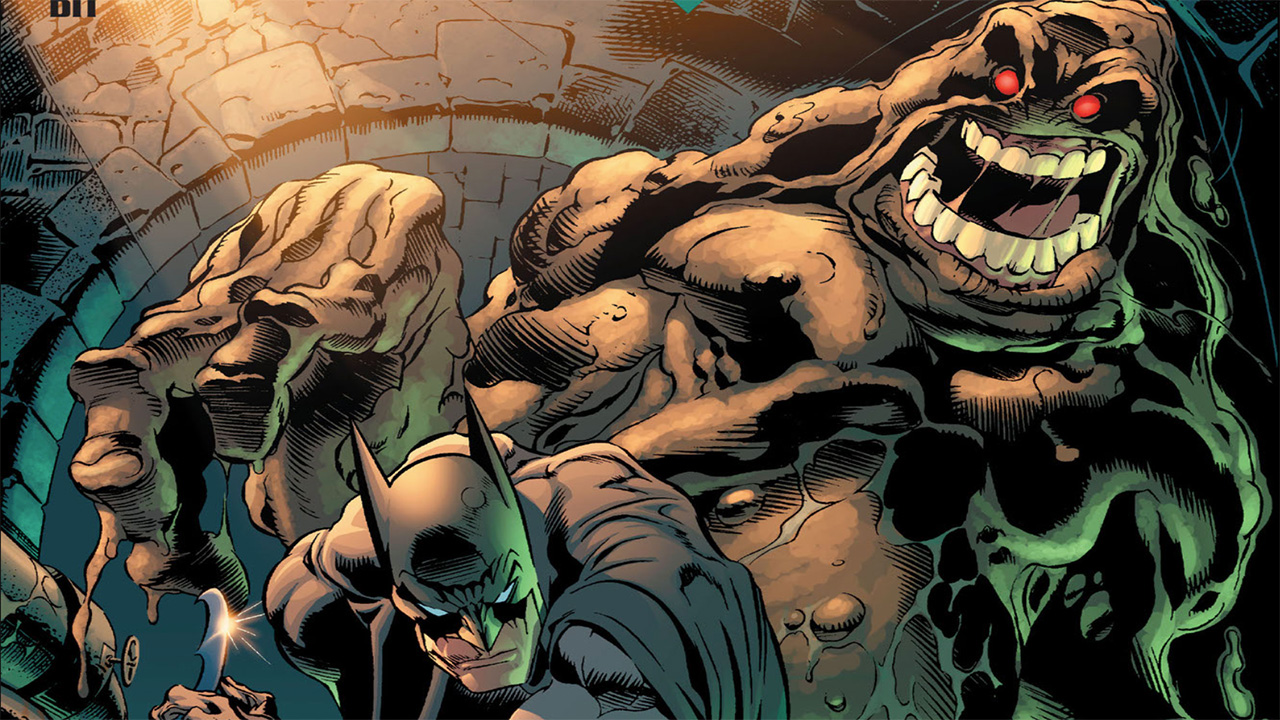 Johnny! Oh, Johnny! A brilliant flame upon a candle snuffed out far too soon! A former firefighter turned accidental killer, the eighth Clayface presents a tale of high drama, culminating with a finality so rarely given to the heroes and villains of comics. During his brief tenure as Clayface, Williams perfected the art of mimicry so well that he even had Batman fooled for a moment that his own lost Robin had returned from the grave. But as Williams learns that he is quickly dying from the very formula which has granted him his powers, Williams spends his last days by Batman’s side helping to make some right in this world, in exchange for the assurance that Batman would take care of his family. What a career! What a finale! Bravo, bravo! 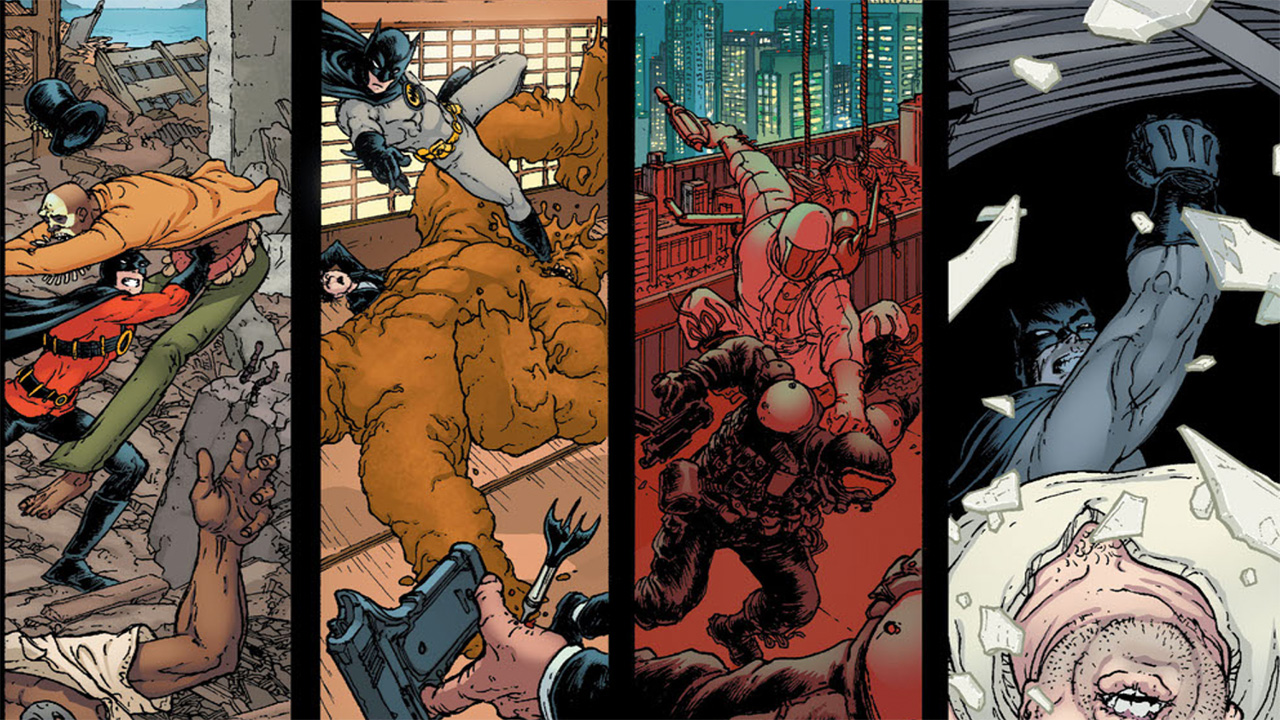 A cast member of the Batman’s touring company, if you will, appearing exclusively in Japanese venues. Distinguishable by his suit of samurai armor, and his bouts with Mister Unknown — aka Jiro Osamu, the Batman of Japan. 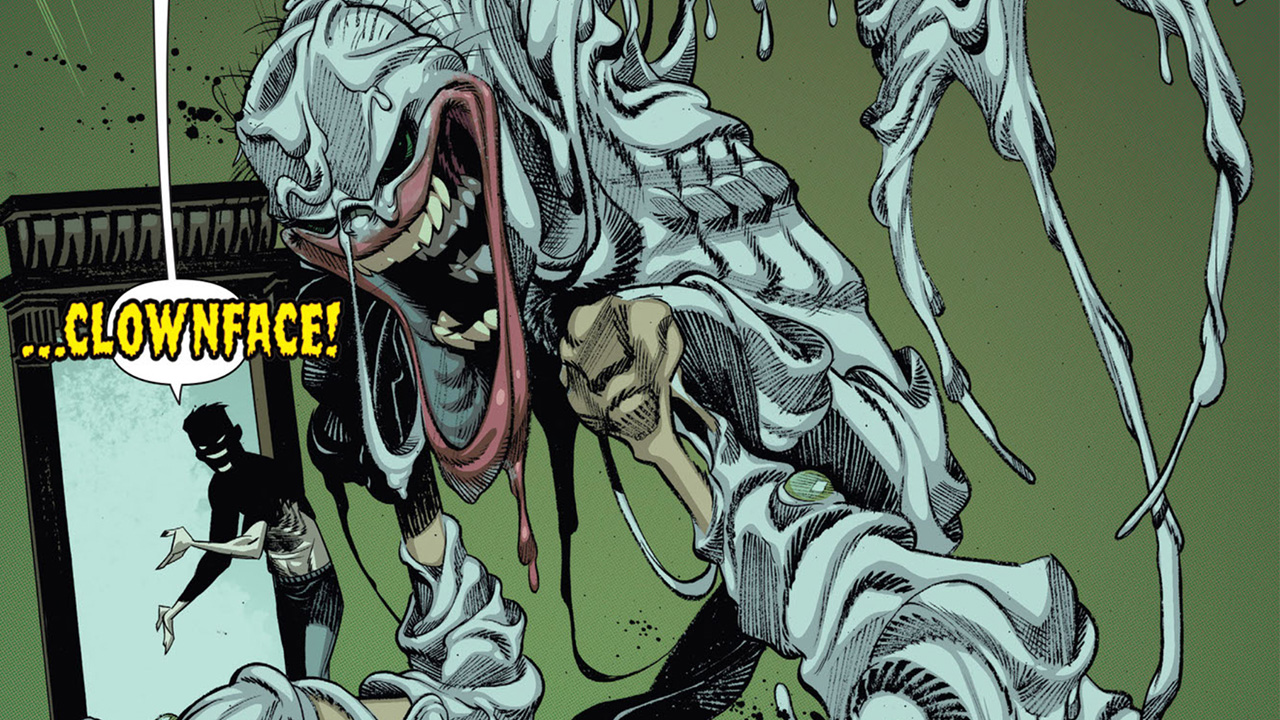 One of the greatest looming threats to the acting profession today is the rise of entirely synthetic actors. As technology becomes more advanced, the time may come sooner than we fear that even actors, those barers of the human soul, are fully automated. Such was the case with the latest abomination known as “Clownface,” formed from the DNA of the original Clayface, mutated by the Joker toxin which plagued Gotham in “Batman: Endgame.” We get it Joker, you’re a big star: but leave some room on the stage for the smaller players!

Which Clay makes your day? Talk about it in our Community!