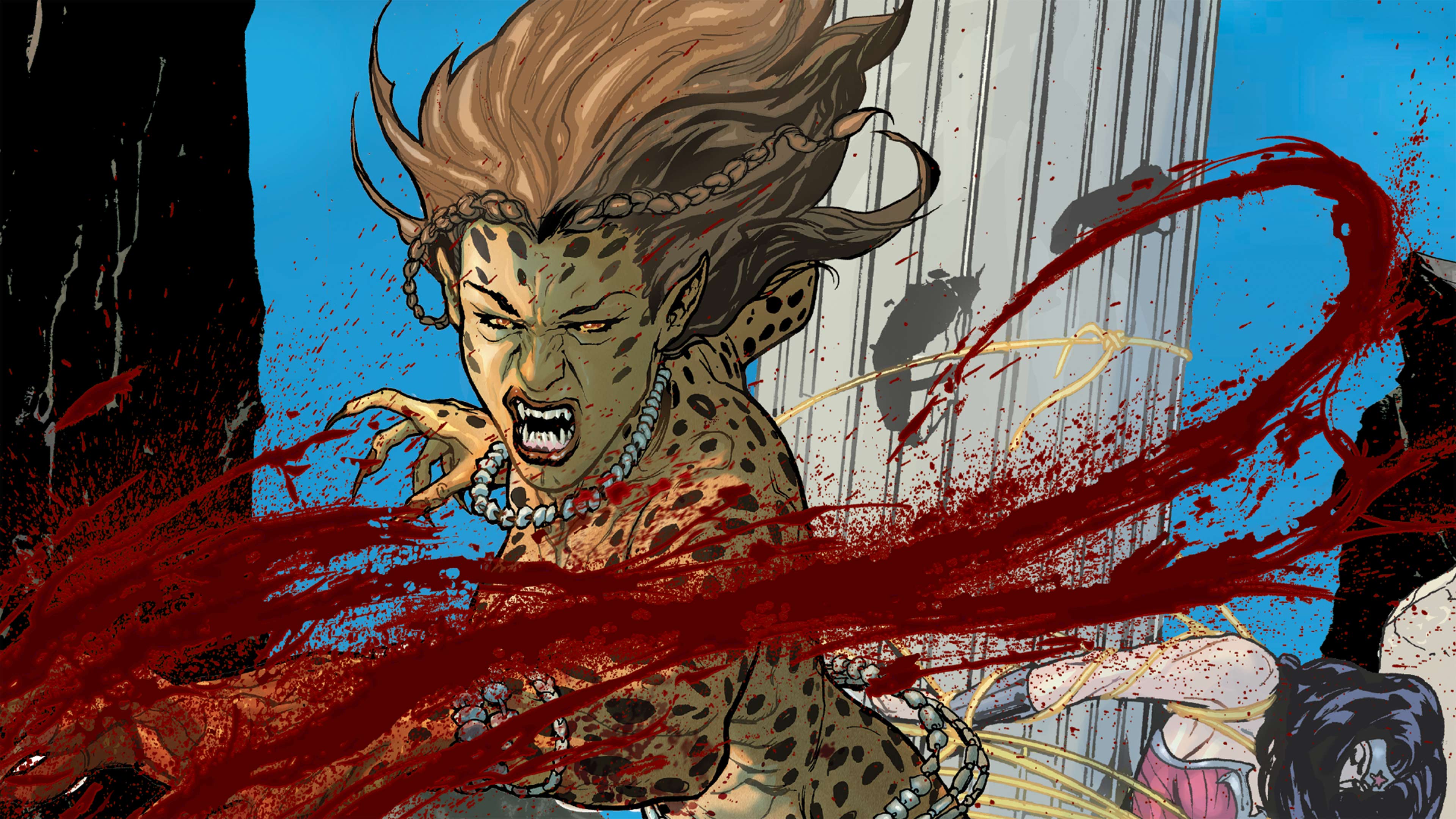 Claws of the Jungle Cat: The Cheetah's Most Savage Attacks

Are you ready to catch these hands? The next phase of our month-long Meta Madhouse event has begun, and things are about to get wild! The Cheetah Beasts have been unleashed, and you’ve never seen combat more feral. Cheetah’s coaching style might not be as methodical as Lex Luthor’s, but who needs brains or brawn when you’ve got a ferocious fighting spirit and sharp claws? Here are 5 of the Cheetah’s greatest attacks, from which her Meta Madhouse team can learn a thing or two… 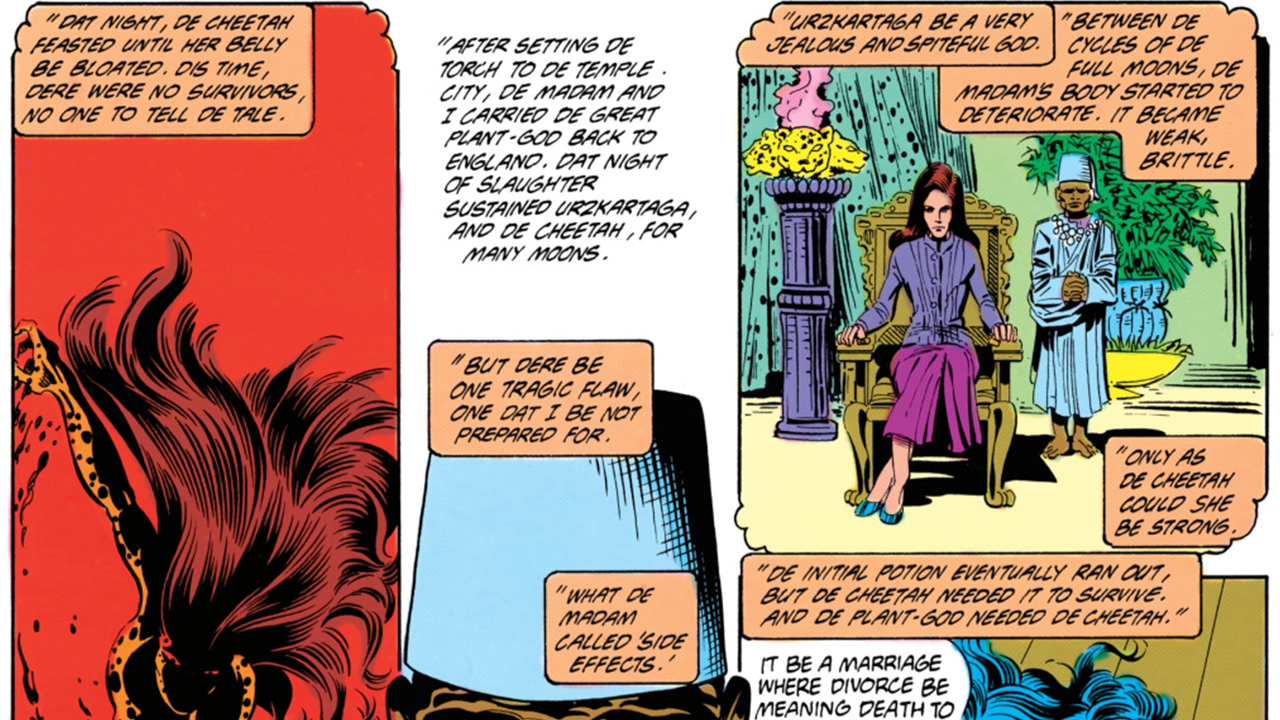 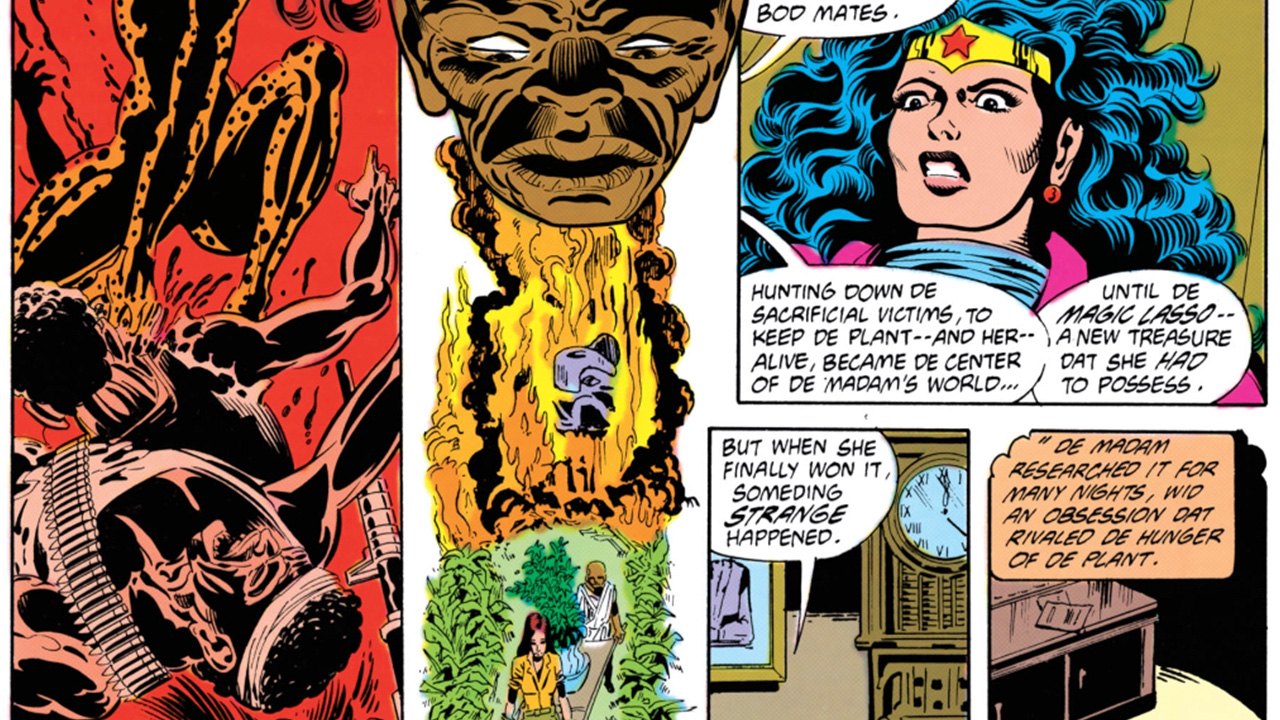 Never attack a Cheetah in their natural habitat. In fact, just to be safe, you should avoid attacking Cheetah period. In 1989’s Wonder Woman #29  Diana listened to a story about a group of invaders who learned that lesson the hard way. Barbara Minerva was a wealthy archeologist who came upon an African tribe that worshipped a cheetah guardian. Minerva allowed herself to go through a ritual to transform herself into the Cheetah, and she wasted no time in testing those claws out. A group of marauders were seeking to invade the village, but instead they had the honor of being the Cheetah’s first kill. For someone that had only been a wild animal for a few minutes, Minerva did pretty well, leaving a pile of bloody corpses in her wake. 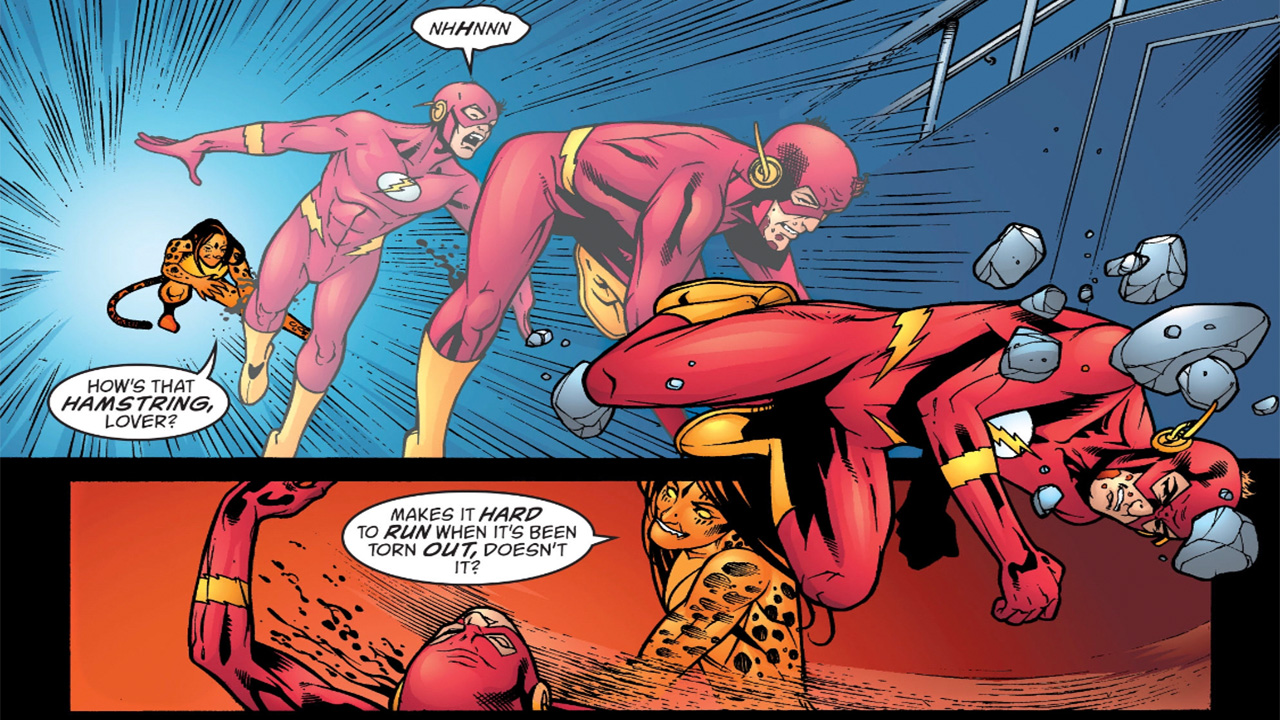 The Flash might be the fastest man alive, but don’t forget cheetahs are known for their speed as well. After teaming up with the speedster Zoom in 2005’s Wonder Woman #214, the Cheetah was given a speed upgrade which allowed her to tangle with the Flash. The Cheetah made quick work of the Flash, as she methodically attacked the hero. You can’t superspeed away if you have a slashed hamstring! The Cheetah enjoyed toying with her prey, ripping Flash’s costume little by little, and decorating the room with his blood. Wally was able to survive the encounter after temporarily stealing Cheetah’s speed, but it’s amazing to see how close Minerva came to ending his heroic career. 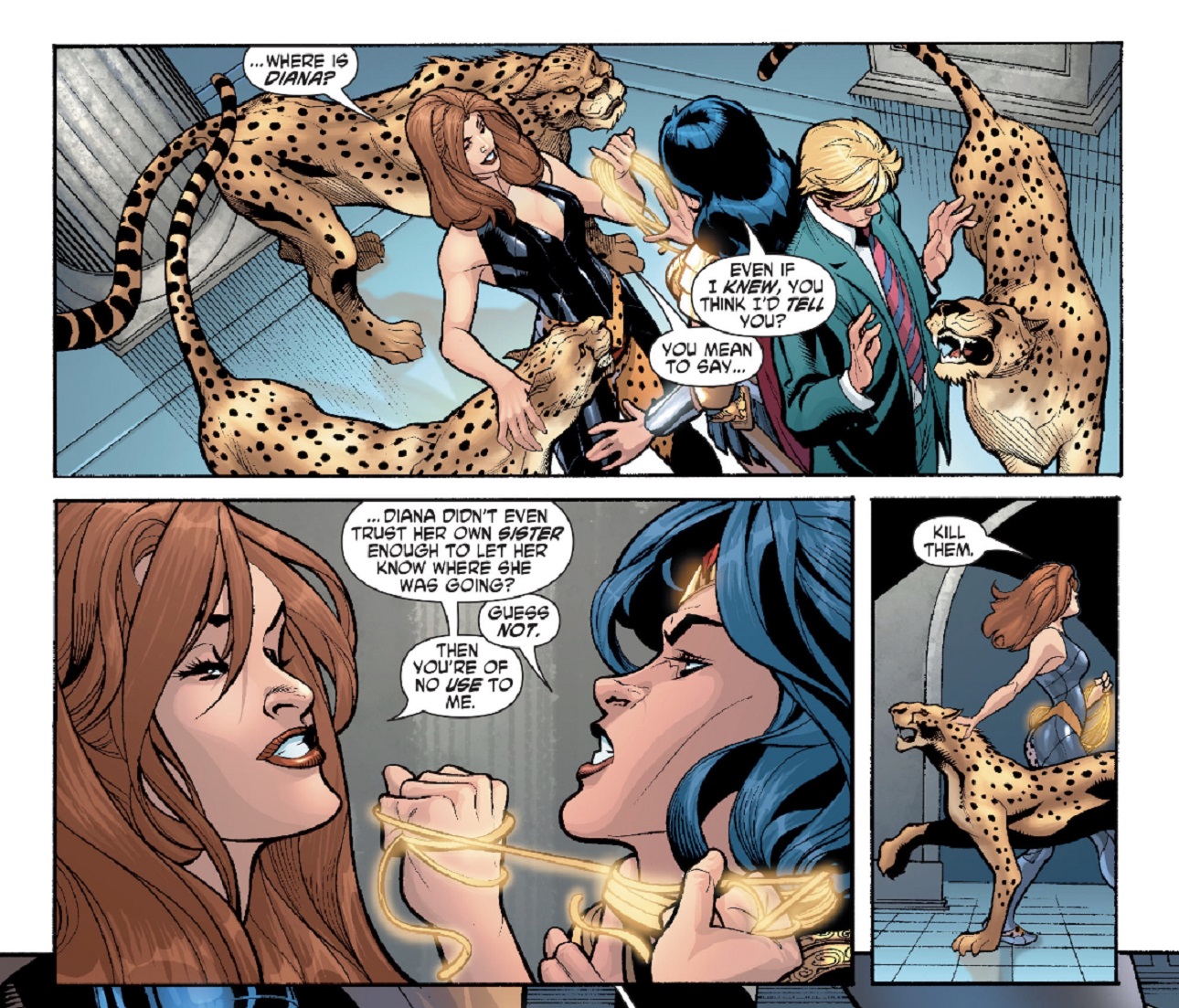 As you can see, the Cheetah is one of the most ferocious beasts in the DC Universe, but there’s more to this feral female than claws and fangs. The Cheetah possesses a sharp mind, and is a skilled fighter without her animal enhancements. In 2006’s Wonder Woman #1 it was revealed that the Cheetah had reverted to her human form of Barbara Minerva, but that didn’t make her any less dangerous. Minerva was able to command multiple pet cheetahs to attack Donna Troy – who was temporarily subbing for her sister as Wonder Woman – and Steve Trevor. Minerva walked up to Wonder Woman, and took the Lasso from her like a boss. Later during the same battle, the former Cheetah almost finished Donna Troy off with a sword. If this is what Cheetah is like without her claws, imagine how dangerous a mauling would be when she’s in her beast form!

YOUR HEART IN MY HAND 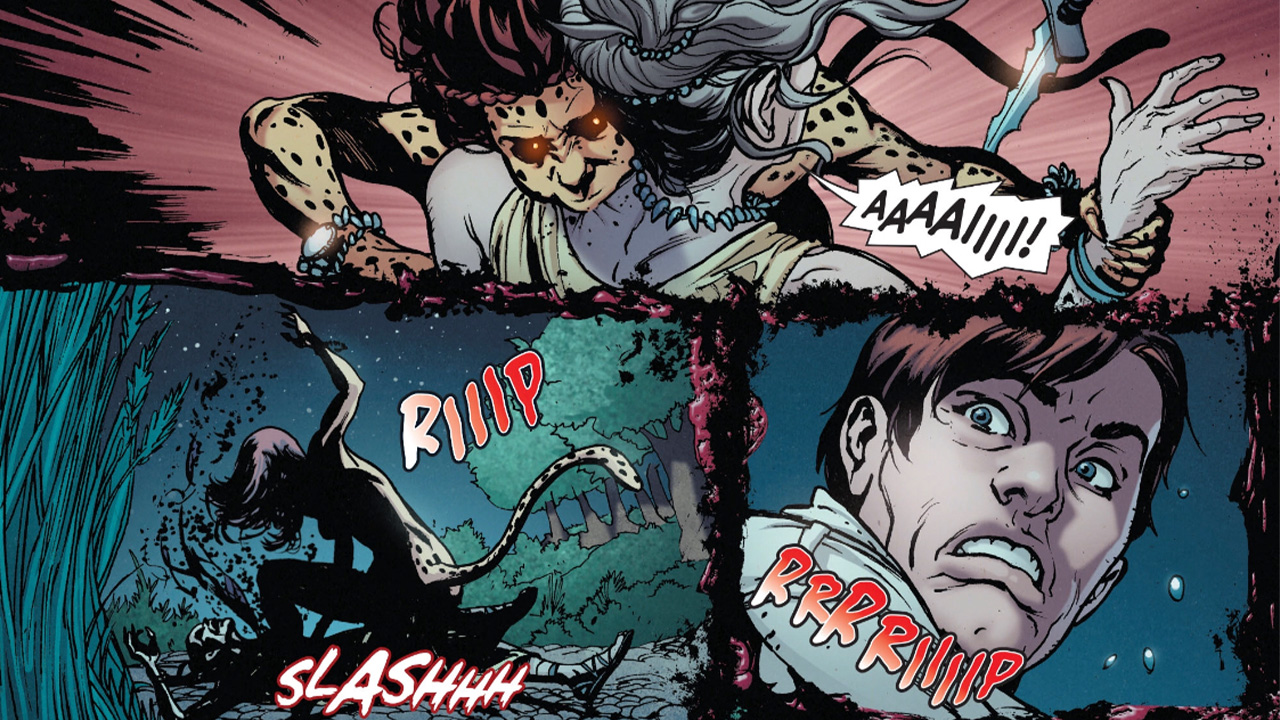 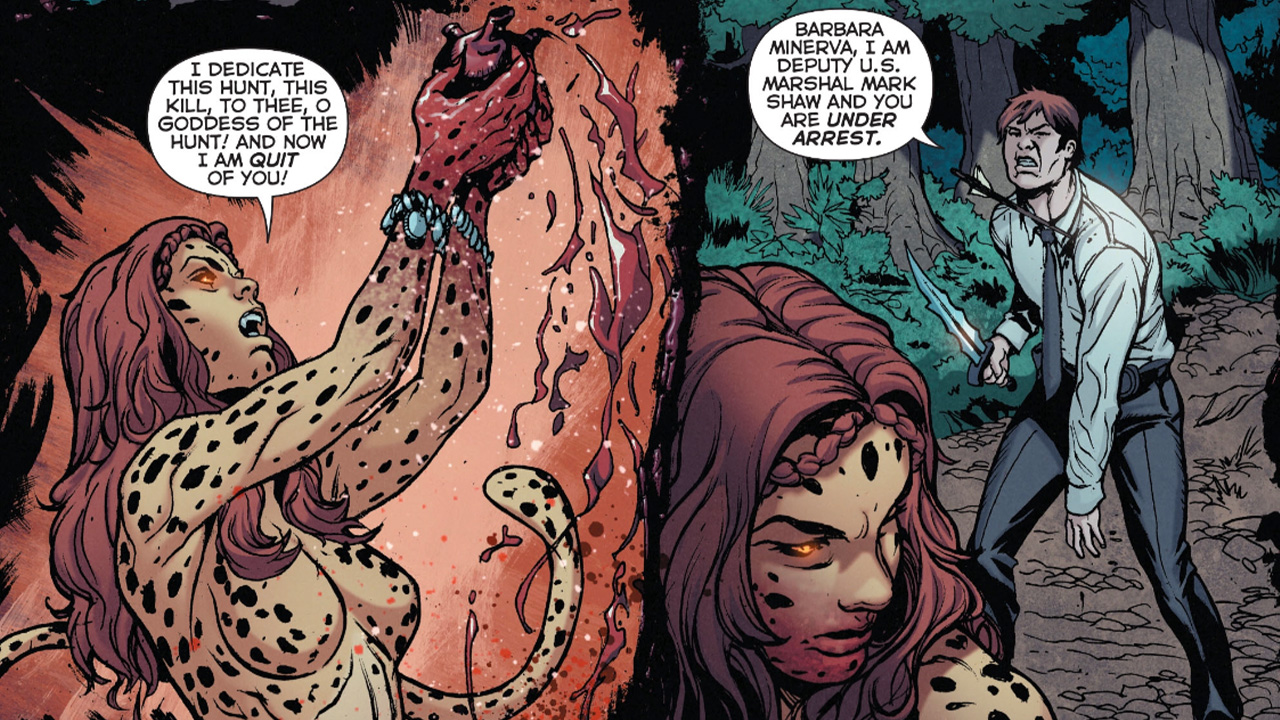 If you’re being hunted by the Cheetah, then you’re as good as dead. In 2013’s Wonder Woman #23.1 the Cheetah broke out of Belle Reve prison, and began hunting her aunt Lyta. Cheetah reasoned that Lyta was the last link to her life as Barbara Minervea, and once her aunt was killed, she could fully embrace her animal side. Judging by the way the attack went down, it seems she already had plenty of animal in her. Cheetah bite her aunt’s neck, shredded her chest with her claws, and then finished her off by RIPPING HER HEART OUT OF HER BODY! Maybe Lyta should’ve given Barbara a better Christmas card? 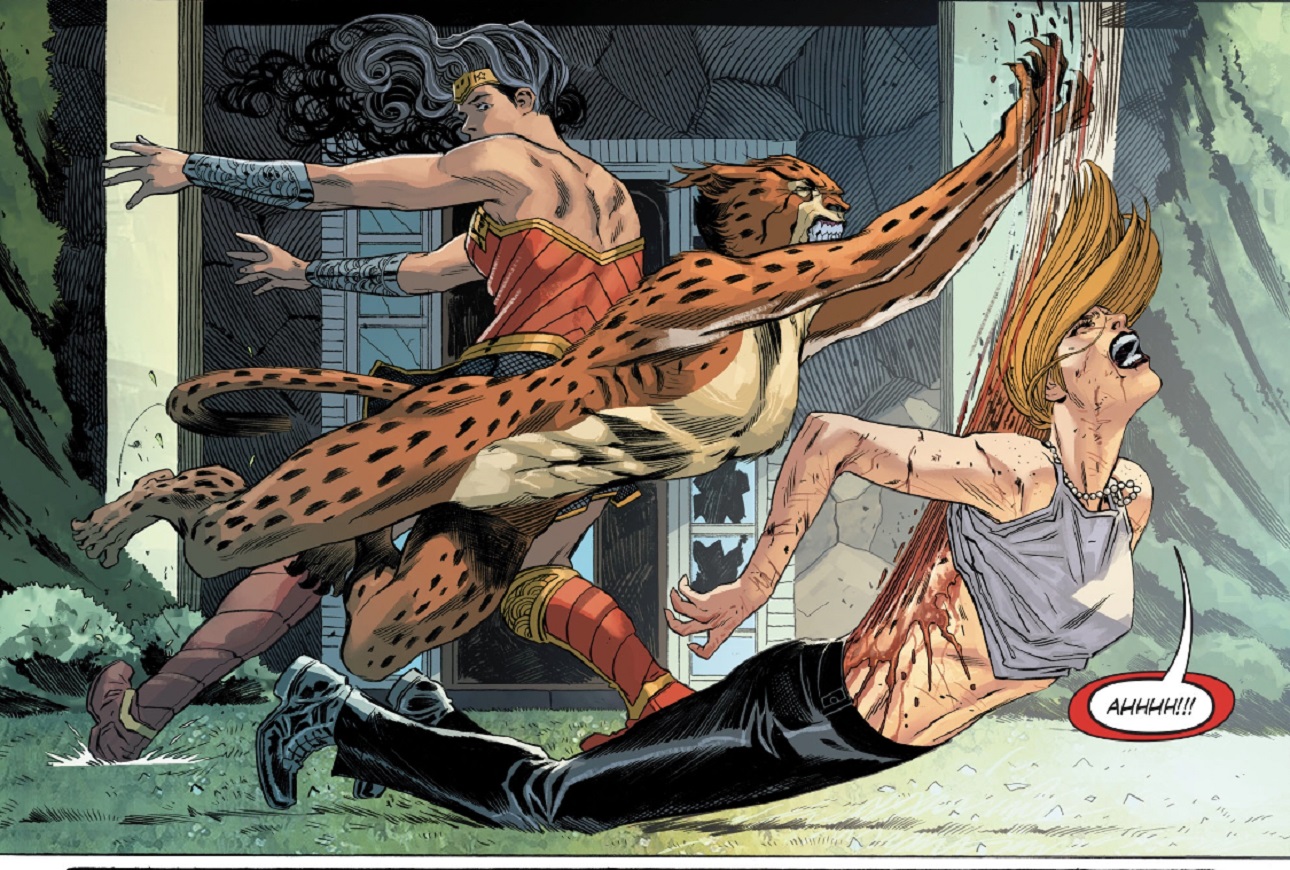 In which the Cheetah does what so many of us would like to do, and kick the crap out of a billionaire. Despite the Cheetah’s desire to embrace her animal side, there was always a part of her that missed being a human. Barbara Minerva was temporarily able to cure herself of the Cheetah’s curse, until the vindictive billionaire Veronica Cale tricked her into reverting back to her animal form. If you know anything about the Cheetah, then you can imagine how angry this made her, and Veronica found herself on the wrong side of those claws in 2017’s Wonder Woman #24. Veronica Cale is a dangerous and cunning foe, but most of that is due to her fortune and empire. In terms of hand to hand combat, the billionaire is helpless, and the Cheetah effortlessly ripped her to shreds. Cale was reduced to a plaything, as Cheetah threw her out a window and left scratch marks all over her skin. The timely intervention of Wonder Woman is the only reason Cale survived the encounter. Even if you can survive an attack from the Cheetah, you’ll be limping away wishing you were dead.

How would you fight off a wild Cheetah? Let us know in our Community!