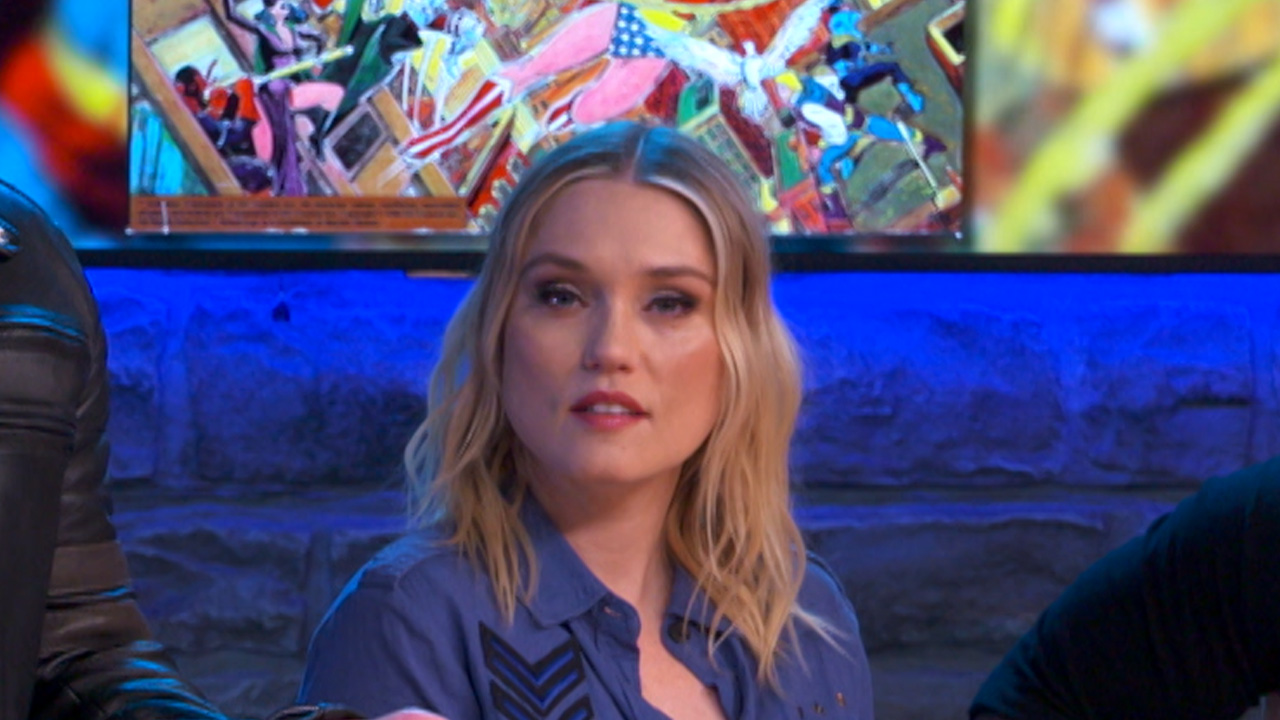 Let the games begin! DC Universe All Star Games combines all the fun of tabletop role-playing games with the action and adventure of the DC Universe. If you haven’t had a chance to catch this one-of-a-kind unscripted series, you’re missing out on some great twists and turns. We recently had a chance to chat with Clare Grant, a member of the series' central team, the Breakfast League, and she gave us the scoop on the surprise role she plays im the show, as well as her life as a DC fan...

When did you first become a gamer?

My little brother was given a Nintendo for Christmas, and it quickly became something that was actually my gift. [Laughs.] We had the Nintendo Power magazine, and if you got a subscription that first season, they would give you a free gift. One of the free gifts was a game called Dragon Warrior, and I really loved dragons. So I got the Dragon Warrior game, and that started my love of RPGs, which eventually led to Star Wars RPGs, and Dungeons & Dragons. It also sort of set me on a path of nerdery. As far as DC Comics specifically goes... I was really young when that 1989 Michael Keaton Batman movie came out, and I saw it at the drive-in with my family. I think I went back every weekend that it was still in the theaters, because I was obsessed. It got me really obsessed with Batman in general, and it never died. I think I remember racing home from school to watch Batman: The Animated Series. It was on at 4:30 in my town. It was very important that I watched that every day. [Laughs.]

How did you and DC Univese All Star Games producer-star Freddie Prinze Jr. come to work together?

Freddie’s wife and my husband have been friends since they were like seven years old. I guess I first met both of them, Freddie and his wife, when I started dating Seth [Green]. Over the years, we just started bonding over our mutual love of gaming, and when Freddie decided that he wanted to start a gaming streaming network, he asked me if I wanted to help him and be a part of it. I love tabletop games and video games, so it was sort of a no-brainer for me.

Did you speak with Freddie before working on DC All Star Games about what you wanted to do on the show?

I think Freddie and maybe Sam [Witwer] had something to do with it, but I’m pretty sure Freddie just cast me as the character in the DC world that he thought I would most resonate with. I love playing characters who walk the line, and I think that Catwoman is definitely a character who walks a line of being a bad guy and also doing the right thing, which I think is ultimately where her heart lies. She just gets a little twisted by her circumstances. 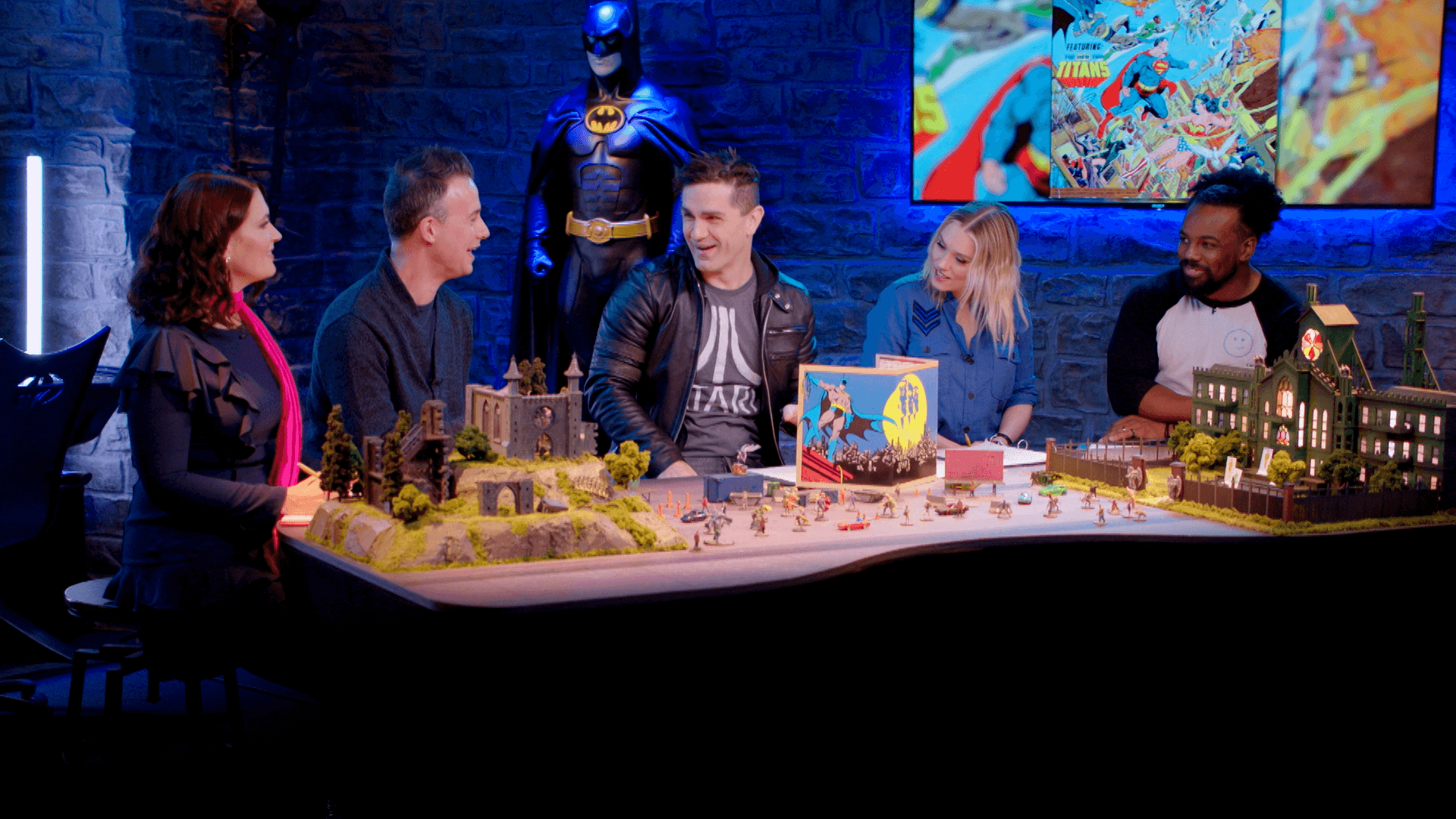 Before playing the game's Catwoman, you'd voiced three other DC heroines in a single project when you were in the Robot Chicken DC Comics Special.

Yeah, and I think that I got to do Wonder Woman in a different episode, just a little one-off. For the Robot Chicken Special, they had a launch party and told us to come in costume. So Seth and I had costumes of Joker and Harley -- the Animated Series versions -- made for us. We went to the party as Joker and Harley, and then I got to use my Harley costume later for a Nerdist.com video where I got to be Harley. It was so much fun.

You’ve managed to hit just about all the major DC heroine icons.

Yeah, and now Catwoman, who is my favorite of all of the female heroines in the DC world.

Do you have a favorite screen version of Catwoman?

Michelle Pfeiffer from Batman Returns, all day long. For sure. I love her.

Growing up, was there any particular character that resonated with you? You mentioned Batman earlier. Did you seek out Batman comics after discovering the Keaton movie?

I did! I sought out Batman comics. I got really into trading cards. Yes, I still have them all. I have them all. Batman was really it for me, and I continued to read Batman comics regularly until just like maybe five or six years ago. I just sort of fell off from reading comics in general. But up until then, I was reading them. Then I think I've seen every episode of every animated Batman anything.

What were some of your favorite comic storylines?

Okay. I remember really loving "Hush". And I really loved -- I know it’s not traditional Batman love or comic love -- but I also really enjoyed Batman Beyond in its entirety. Loved it! I just thought he was a different take. I like that it was Batman grandfathering in new blood. I thought that was cool. And then of course The Killing Joke. I mean, it’s a classic.

You mentioned Wonder Woman. What was your favorite incarnation of Wonder Woman in TV, movies, or comics?

As a kid, I really loved the Wonder Woman TV show starring Lynda Carter. I also really enjoyed the Adam West 1966 Batman reruns when I was a kid too. I watched that show all the time. It is so charming. I haven’t seen it since I was an adult.

What else are you working on right now?

I just had a movie that came out last summer called Changeland, that just got released on Hulu, which is exciting, and that has brought a lot of eyes to it; that I don’t think had gotten a hold of it before. My next movie is called Seek, and it’s directed by Aaron Morgan and written by Eric Vespe. It’s a horror film about two sisters on a road trip who have to stop at a bathroom, and encounter something really evil. The guy who built the creature puppet produces the most incredible puppets and has worked on a bunch of really great films in the past. The puppet was creepy in real life, and once they added effects to it in camera, it was disturbing. I’m excited. I still haven’t even seen the final version of the film because the director wanted us to see it on the big screen.

One last question... What's your favorite moment in DC Universe All Star Games?

My favorite moment of the game was one of the last moments. Sam put a lot of time and energy into creating this fantastic story and campaigned for us to play, and all of these big baddies for us to battle in the end, and our team was so unstoppable and amazing that he didn’t even really have the opportunity to bring out his big guns to take us down because we just, boom, got him. It felt so good! [Laughs.]

What did you think about Clare’s take on Catwoman in DC UNIVERSE ALL STAR GAMES? Let us know in our Community!