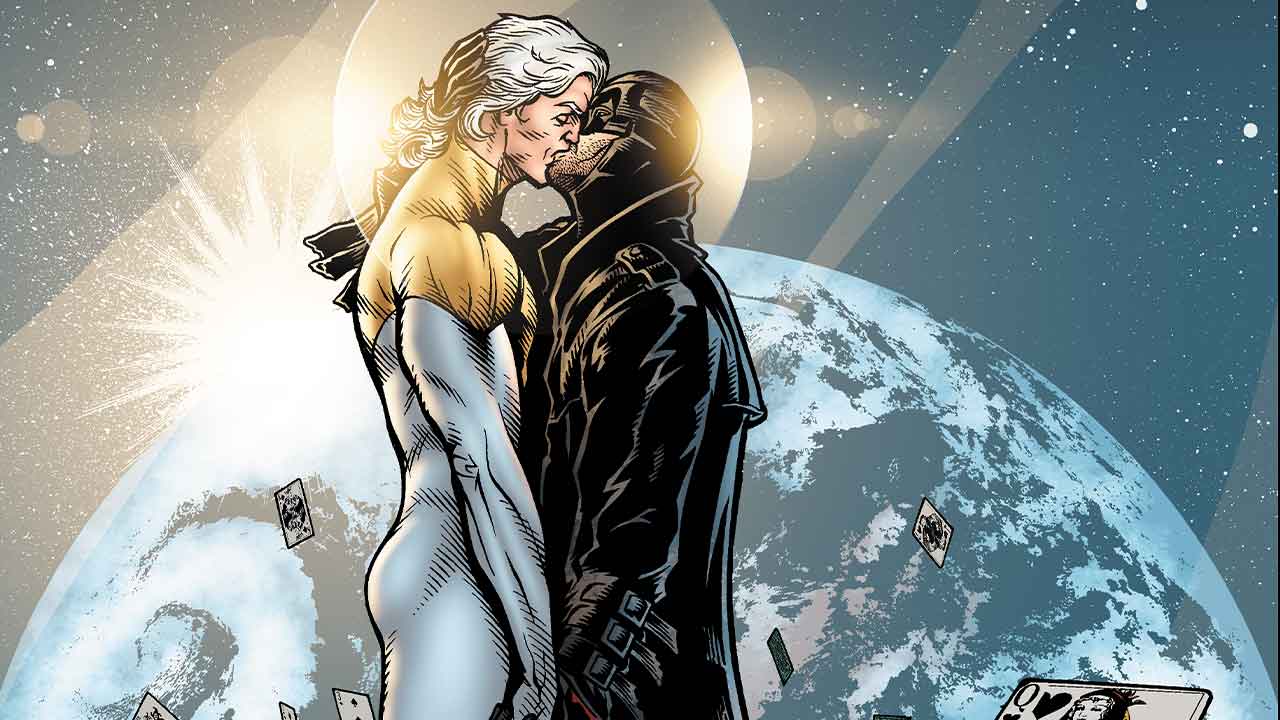 June is Pride Month and the DC Universe has plenty of characters across the sexuality and identity spectrum that we can all be proud of. We hope you’ll join us in our celebration of diversity all month long. To kick Pride off, here are a dazzling dozen heroes (and anti-heroes!) whose adventures you can now read in our comics library. We present them in four parts, one for each letter of the LGBT community.... 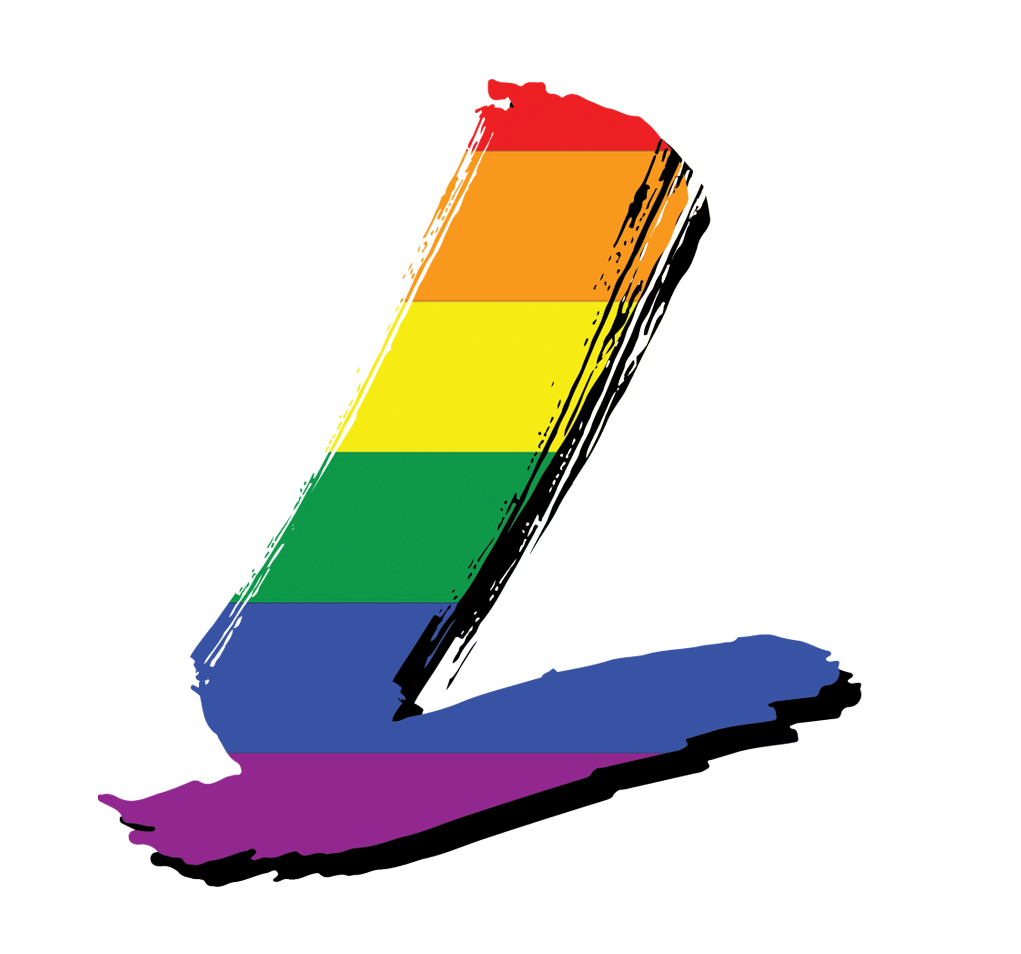 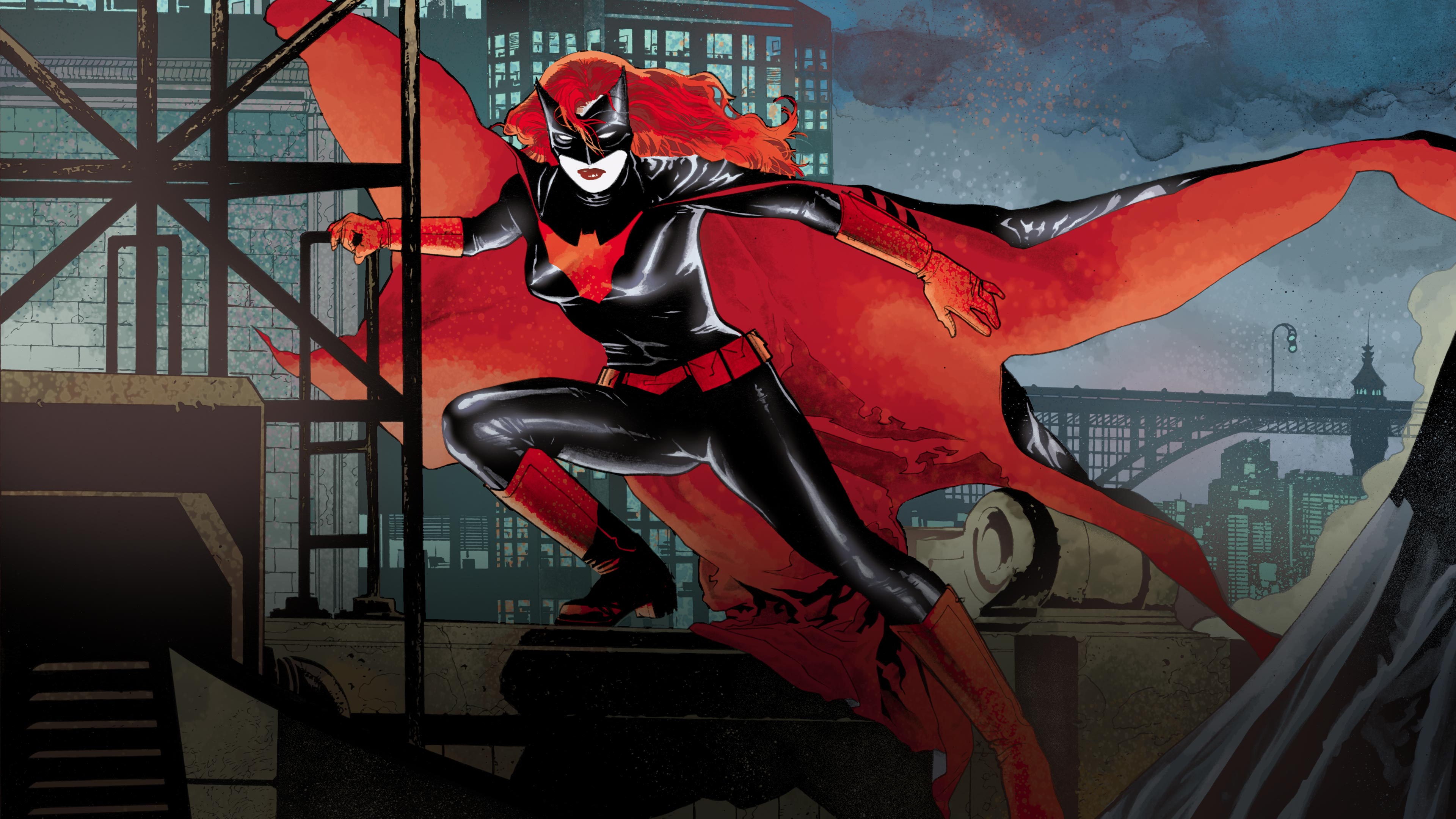 We can’t discuss DC Pride without talking about the Batwoman, Kate Kane — cousin of the Dark Knight, military brat, and soon to be star of her own live-action television series. Kate Kane was the top of her class at the prestigious West Point United States Military Academy, until she was caught in a sexual relationship with a fellow female student. Under the then-active “Don’t Ask, Don’t Tell” military policy, Kate was informally asked to deny her relationship so she could continue to serve. But truer to her principles than her career, Kate refused to deny the truth: that she was a woman who loved women. Since that day, Kate has followed in her cousin Bruce’s footsteps and taken her skills to the streets of Gotham, all under the eye of her father, Colonel Jacob Kane, who has accepted his daughter with open arms. Batwoman’s more prominent romantic partners have included GCPD officers Renee Montoya and Maggie Sawyer, and the vampire seductress Nocturna.

Anissa Pierce, the daughter of Black Lightning, is something of a late bloomer. First introduced in 2003's Outsiders #1, we learned there was a good reason we hadn’t heard of her until then. When her density control powers first developed, Anissa’s father struck a deal with her: she wouldn’t use her powers or go out and fight crime until after she graduated college. True to her word, the last day of her matriculation was the first time she went out as Thunder. Perhaps because she was denied the opportunity to express herself for so long, it’s no surprise that it took Anissa more time than others to figure out who she really was. Recruited for the Outsiders by Arsenal after a brief solo career, it took fellow teammate Grace Choi, a bisexual Amazon warrior, to help Anissa figure out where her heart truly lay. You can currently hear Thunder roar as one of the major stars of TV’s Black Lightning. 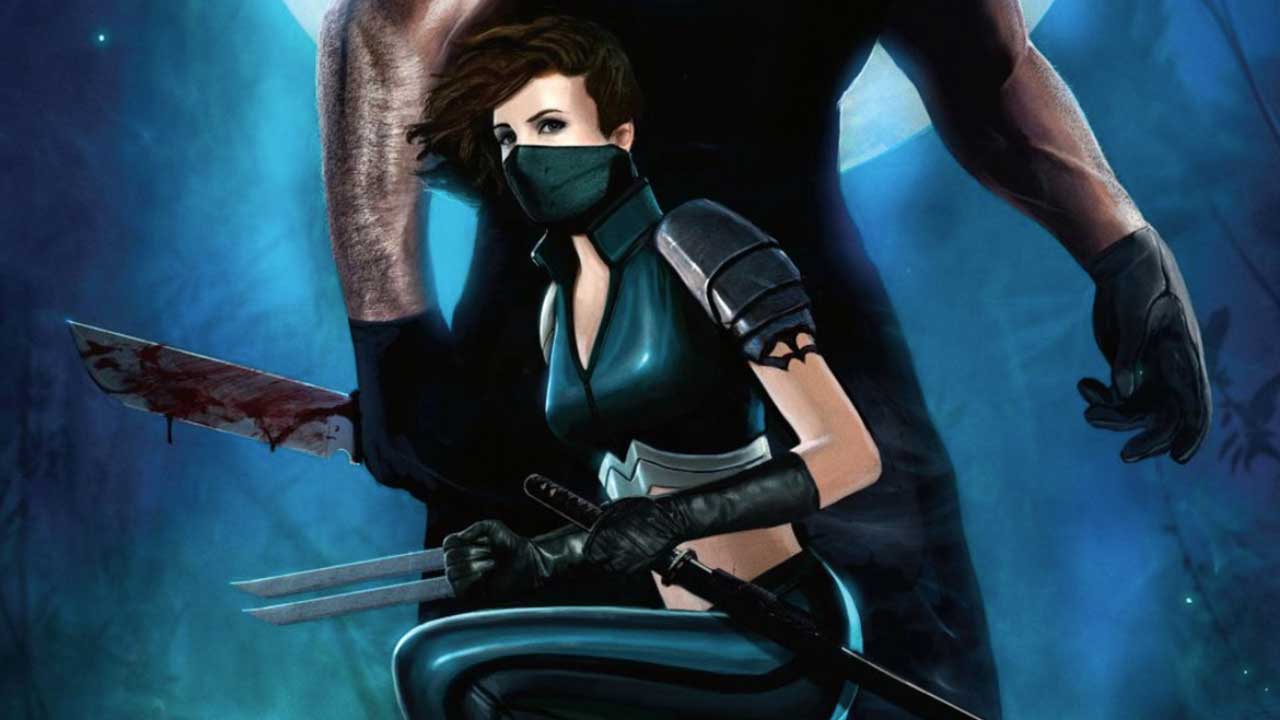 Unlike Kate and Anissa, the approval of Scandal’s father in her choice of romantic partners has been more elusive. The immortal Vandal Savage’s interest in his daughter extends only as far as her ability to produce a male heir to his empire — an interest which is only complicated by Scandal’s sexual orientation. Defying one of the most powerful men in the world doesn’t come easy, especially when that man is your father. Perhaps it’s that obstinacy which allowed her to stand against the Secret Society of Super-Villains in Villains United, as they consolidated their power for a coordinated attack on the world’s heroes. With a ragtag team of rejected villains under her leadership, Scandal formed an oddball mercenary outfit which would come to be known as the Secret Six. Through the team’s tenure, Scandal was romantically involved with two women: Knockout, a member of Darkseid’s Female Furies, and Liana Kerzner, an exotic dancer. After Knockout was tragically murdered along with the rest of the New Gods in the lead-up to 2008's Final Crisis, Scandal took her team into the bowels of Hell itself to retrieve her. Both unable and unwilling to choose between the revived Knockout and her darling Liana, Scandal elected to marry them both. 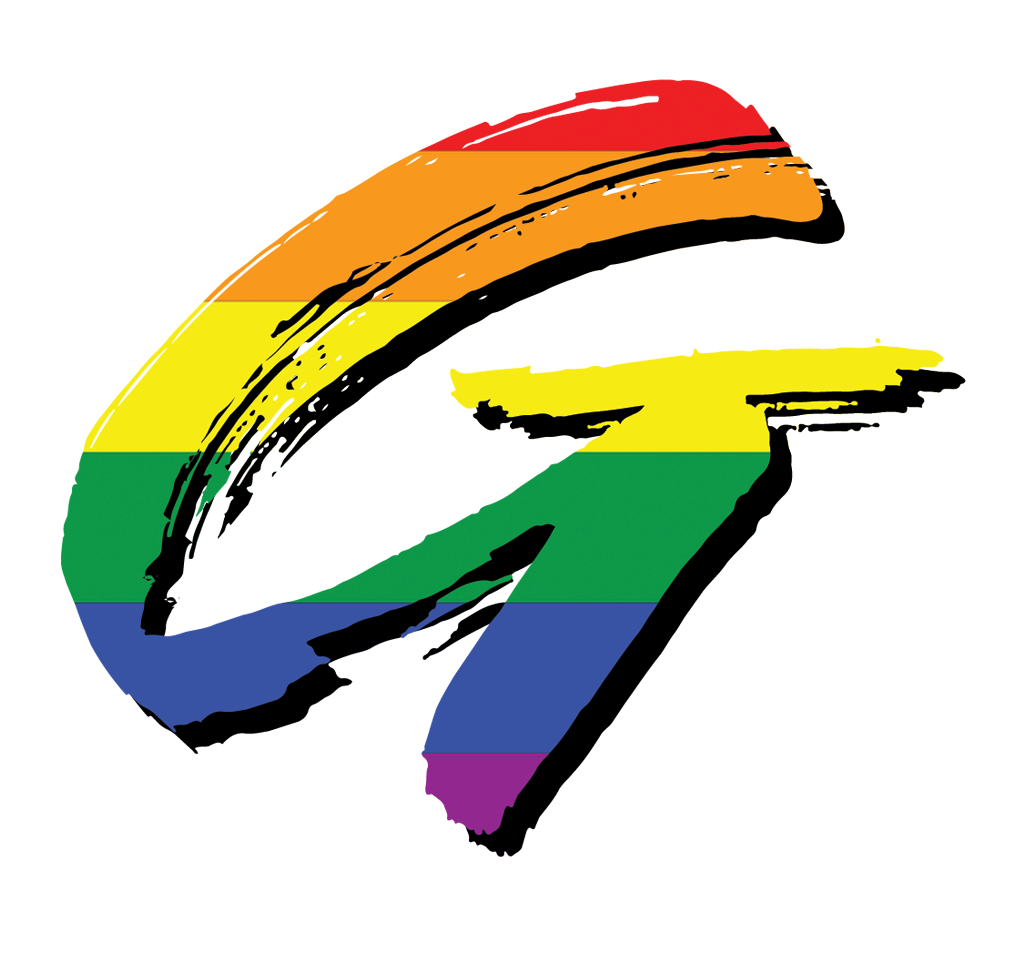 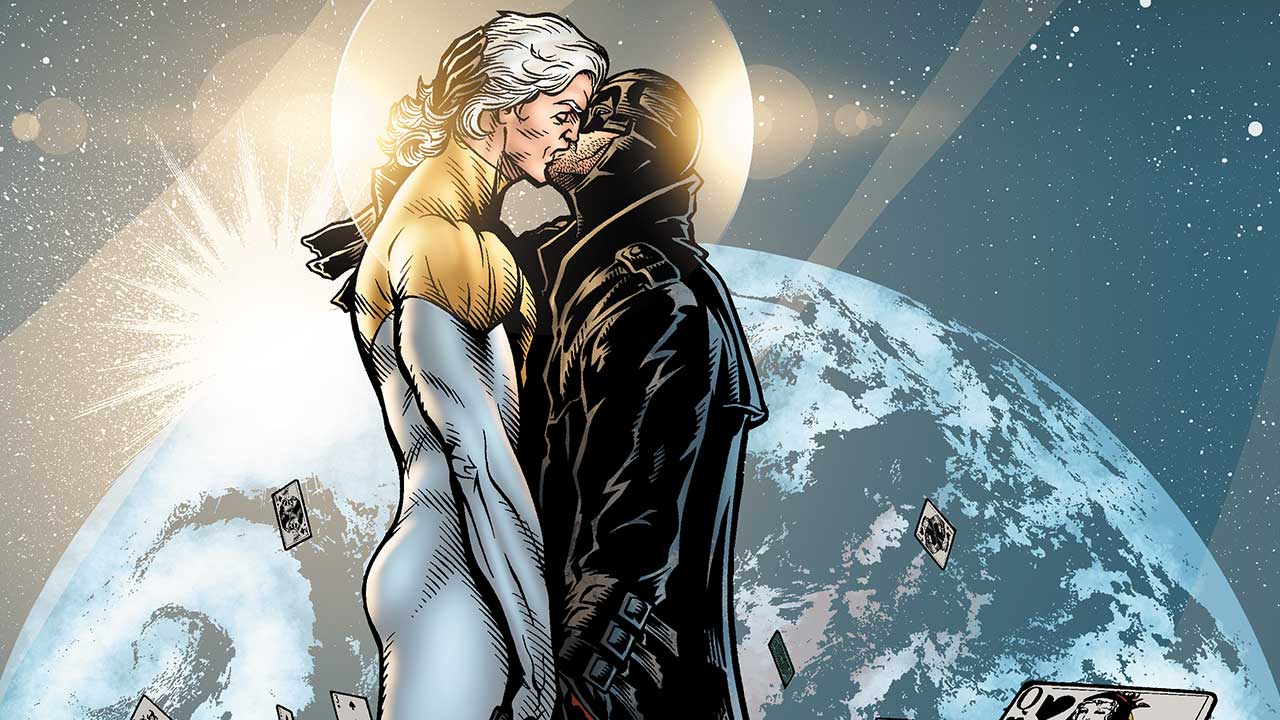 Midnighter is considered by many to be the WildStorm universe’s equivalent of Batman, with an appetite for sex rivaled only by his lust for violence. Who, then, could be a better match for him than Apollo, WildStorm’s own Superman? This World’s Finest Couple first met as members of the Authority, an extreme team of superhumans with a subjective moral code which defends the planet at any cost. At first, their relationship is a purely physical one. But by the end of their first series of adventures, we find them exchanging vows in a fully costumed wedding procession. The WildStorm universe was later folded into DC’s as part of the launch for the New 52, and Midnighter and Apollo were both reintroduced as members of Stormwatch. But with their marriage erased and their relationship on unsure footing. Midnighter later appeared as a breakout star of Grayson, his playful, sexually charged rivalry with Agent Dick proving one of the series highlights. It was fortunately enough to earn Midnighter his own solo book, followed by a limited series which finally gave Midnighter and Apollo their storybook ending. 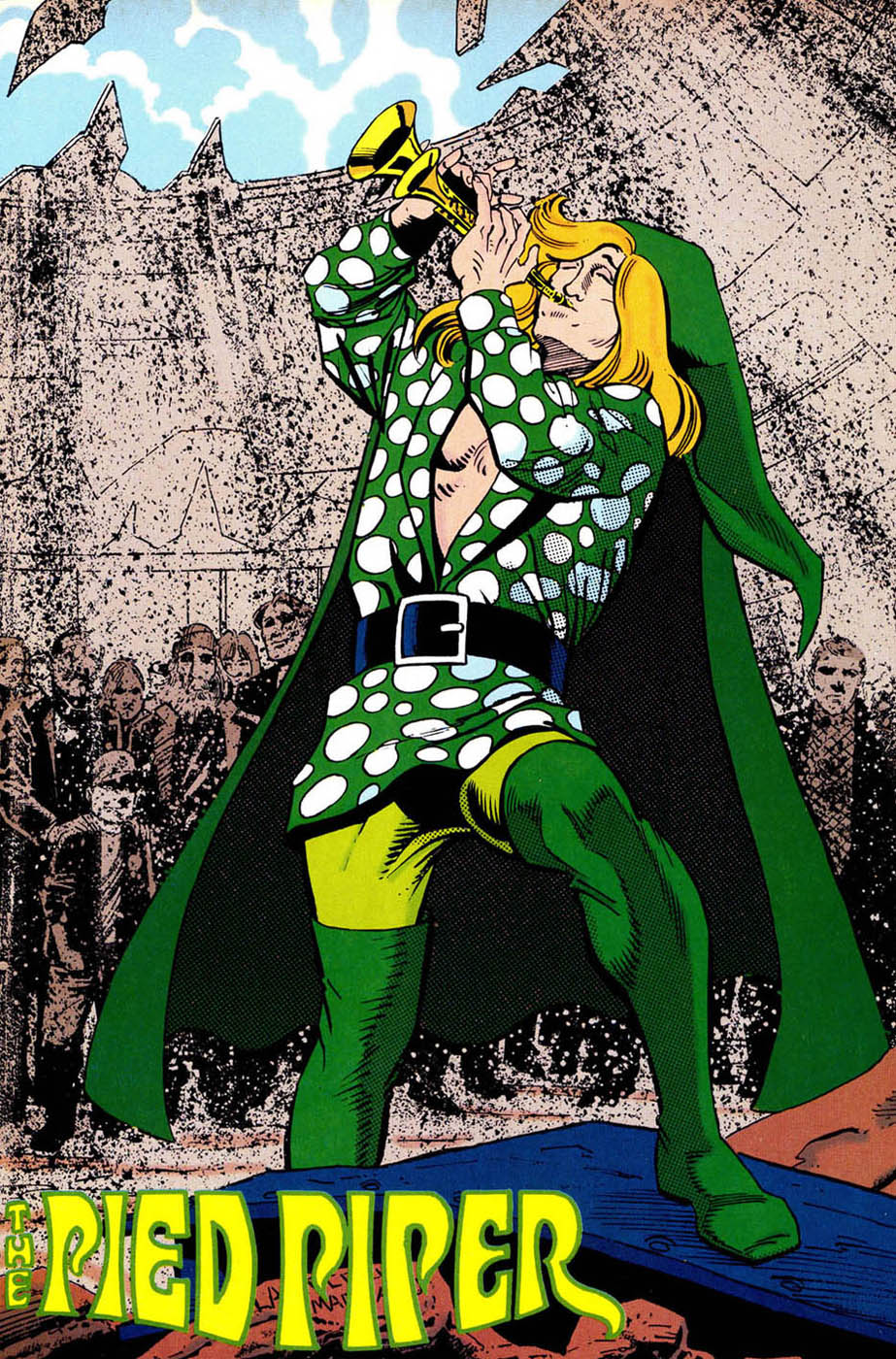 Barry Allen’s death in Crisis on Infinite Earths left a heavy toll on his home, Central City. Everyone in his life was forced to reevaluate where they stood in a world without him. Not just his family and allies, but his enemies as well. When a hero dies, their loss often inspires others to fill the void left by their absence. One such figure was Hartley Rathaway, the Pied Piper, formerly one of The Flash’s Rogues. Social worker by day and vigilante by night, The Pied Piper’s new approach to life also inspired him to be honest with his true self, now openly identifying as a gay man. Even when Barry’s sacrifice was erased from time in the New 52, Pied Piper’s status as a rehabilitated Rogue turned occasional vigilante remained unchanged — but one thing he gained is a romantic partner in David Singh, Barry Allen’s boss at the crime lab. 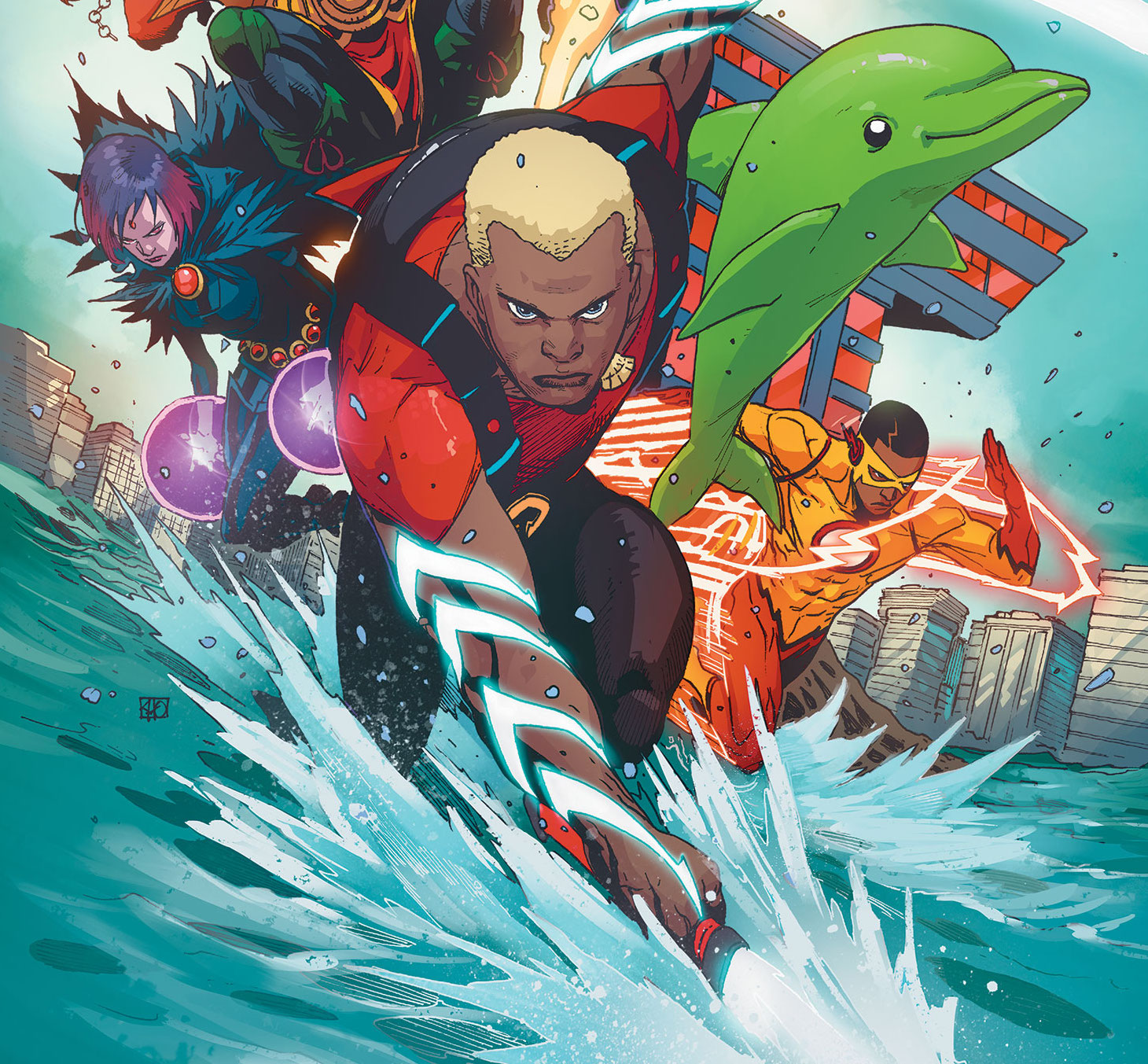 At the same time that a new Aqualad was being developed for the Young Justice television series, Geoff Johns was writing a similar Aqualad into Brightest Day. Like his animated counterpart Kaldur’ahm, Jackson Hyde is the secret son of Aquaman’s nemesis, Black Manta. But apart from their powers and physical resemblance, that is where their similarities end. Where Kaldur grew up as Aquaman’s protege, Jackson was raised by his mother in the surface world, sheltered from any connection to the sea. Jackson Hyde sat out the New 52, but was reintroduced in the Rebirth relaunch of Teen Titans. Now, Jackson was no longer just conflicted from his desire to return to the sea, but from his feelings for other boys his age. Once Jackson joined the Teen Titans as Aqualad, he found the courage to embrace all aspects of his identity at once. And later, when he came out to his supervillain father, Jackson was met with an almost comforting indifference. When your father is Black Manta, it doesn’t matter who you love — just whether you hate Aquaman. 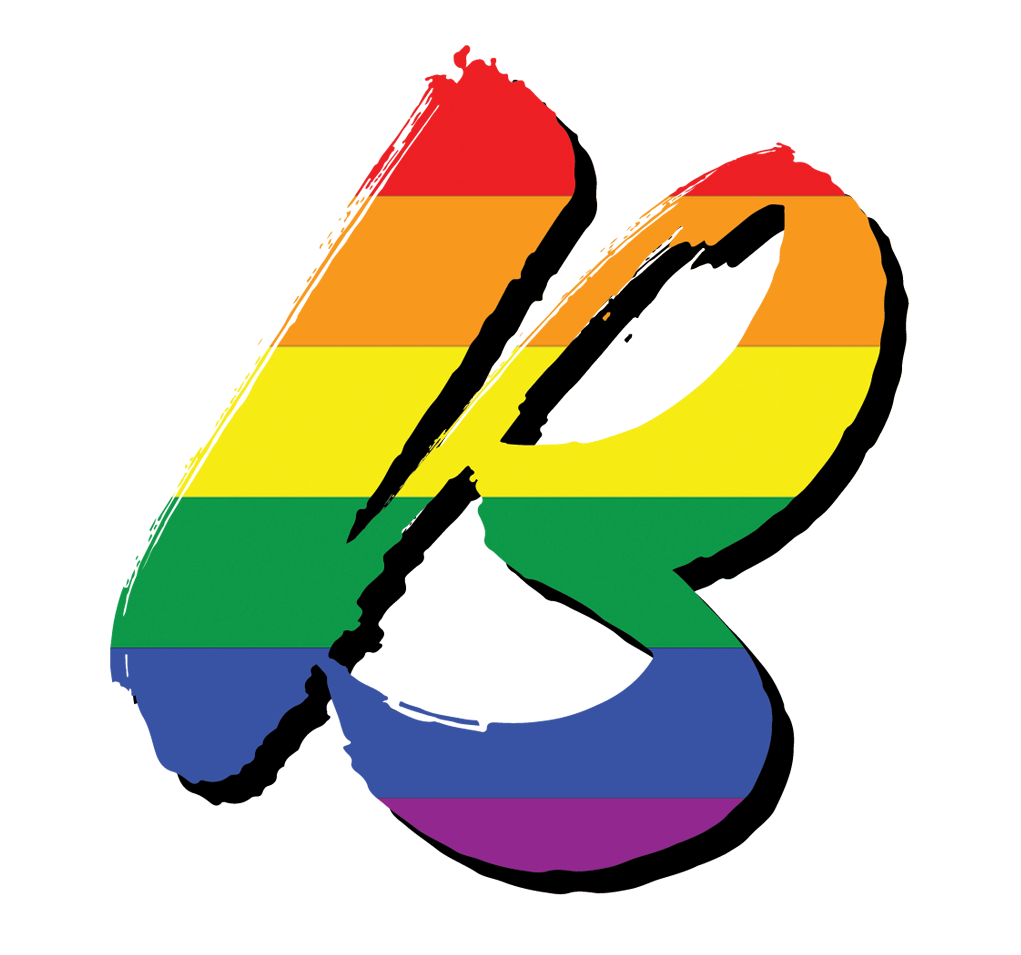 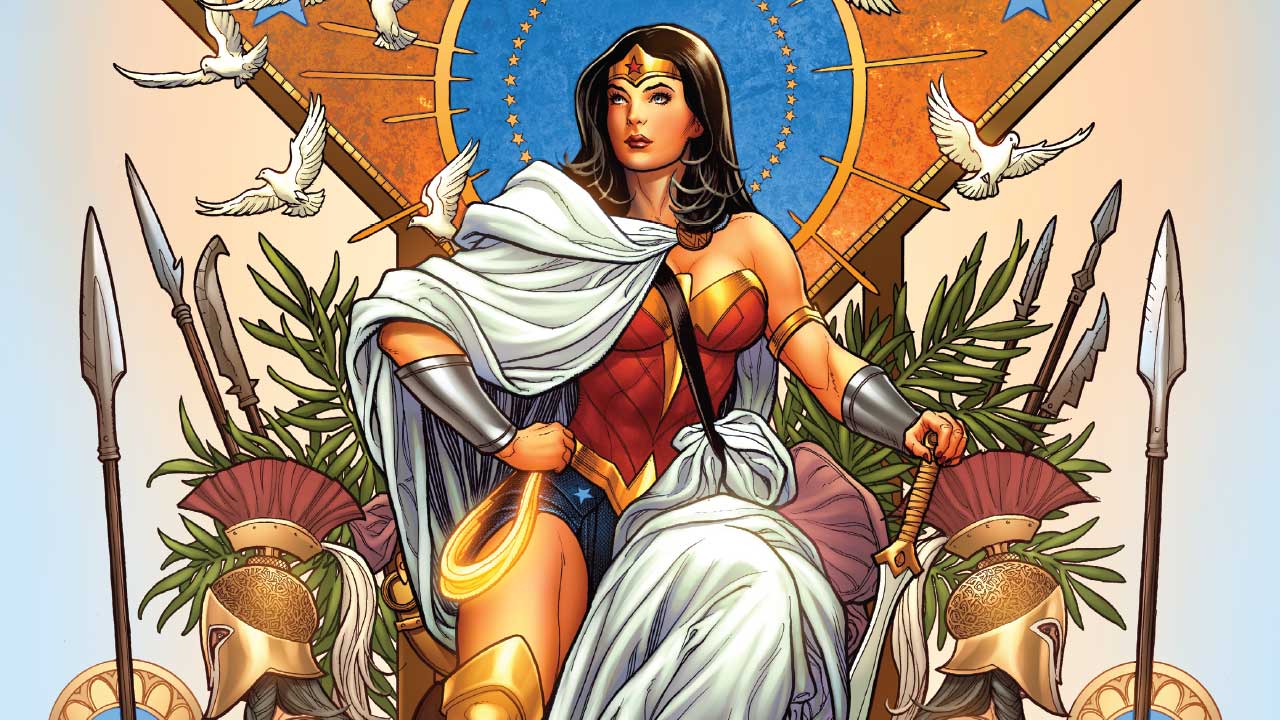 One could put forth a solid argument that Wonder Woman is the very first of DC’s queer characters. Though perhaps never explicitly stated enough for some sticklers, Wonder Woman creator William Moulton Marston’s original runs on Sensation Comics and Wonder Woman through the 1940s were laden with subtext regarding sexual play between Wonder Woman and her fellow Amazons, even as she pursued a romantic relationship with ace pilot Steve Trevor. Though treated subtextually for decades, Wonder Woman’s dalliances on Paradise Island were first explicitly canonized by Greg Rucka early in his run on Wonder Woman. As a woman from an ancient society of nothing but women, sapphism is an inescapable part of Wonder Woman’s history, unless one imagines all Amazons are purely chaste — a notion that even the 2017 Wonder Woman film pokes fun at. After all, she’s read all 12 volumes of Clio’s Treatises on Bodily Pleasure! 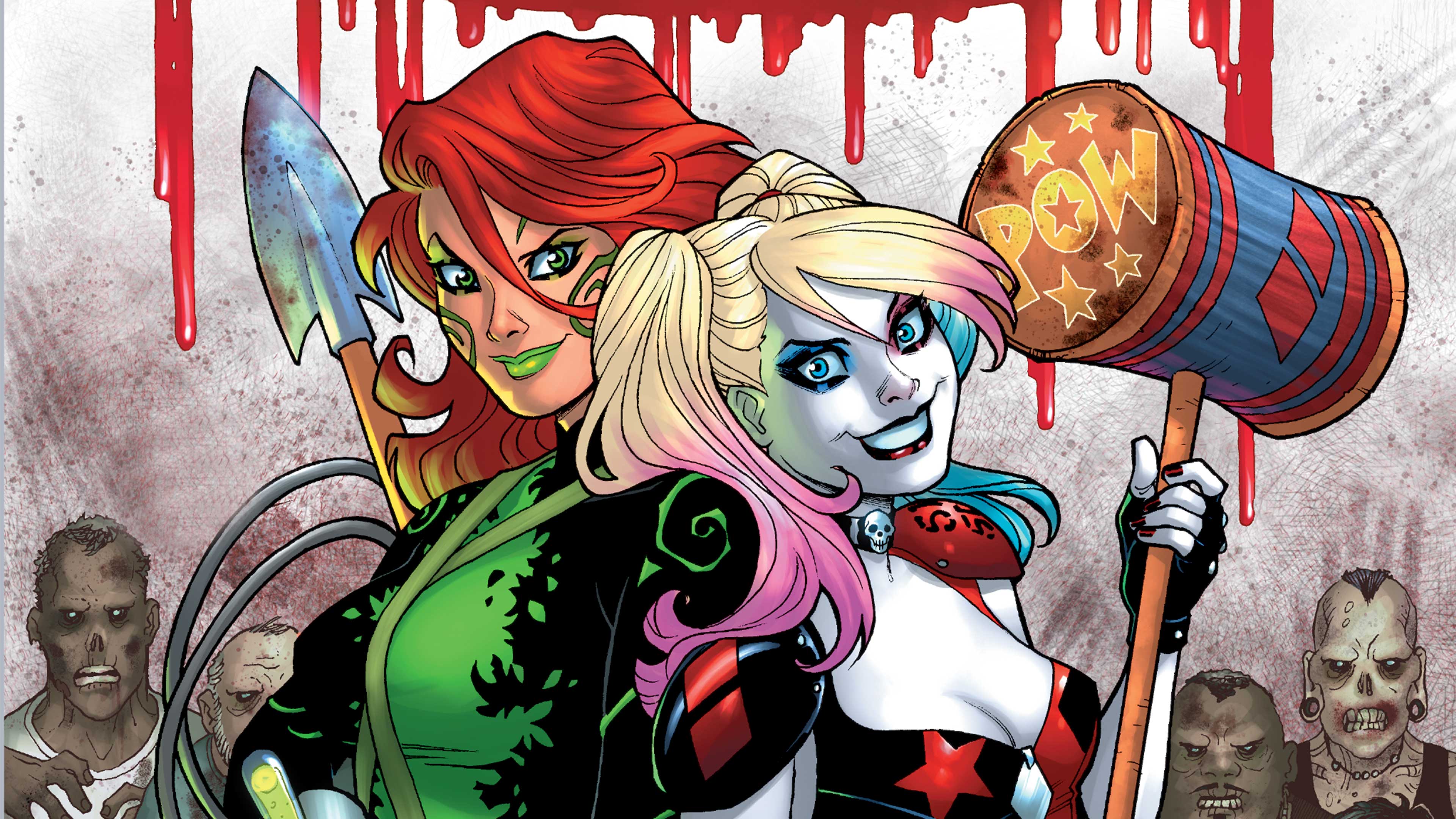 If Wonder Woman is DC’s original bisexual, then Harley Quinn is by far the most visible. As famous as Harley is for her roller-coaster, on-off romance with the Joker, she may be just as well known for her partnership with Poison Ivy. Though Harley and Ivy don't keep it exclusive with one another (outside of Bombshells), their physical attraction and emotional affection for one another have been running themes throughout Harley’s misadventures, particularly in her New 52 and Rebirth series. Between The Joker and Poison Ivy, we know which one WE prefer Harley Quinn with… but the fact that Harley finds herself as the axis of such a prominent bisexual love triangle makes her uniquely situated within the DC Universe. 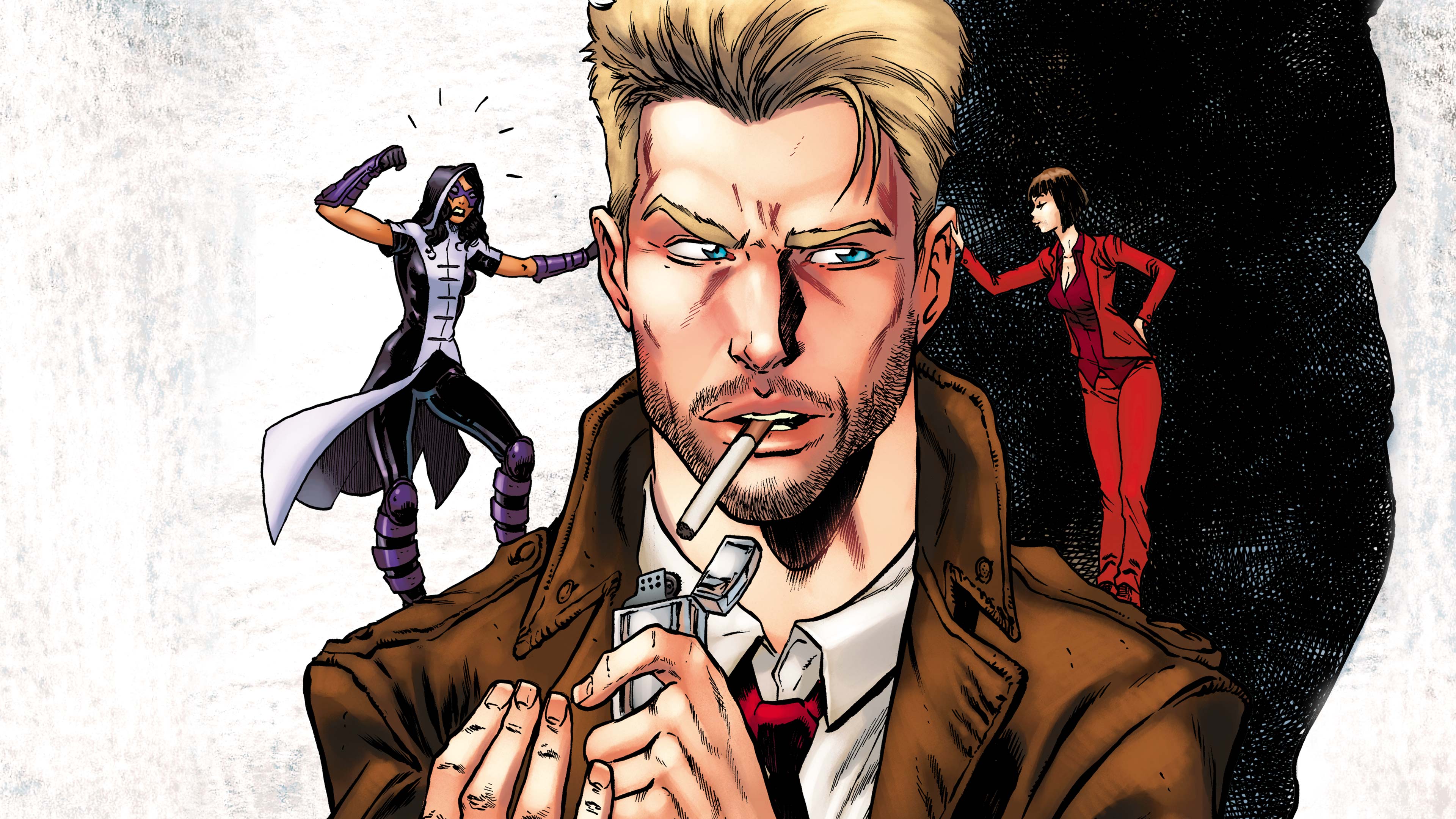 The only Pride ever felt by John Constantine is the kind that goeth before the fall. Men, women, demons, and otherworldly creatures impossible to define — John has loved and lusted for them all, and doomed them in the process. To trust Constantine, let alone love him, is a fatal mistake. He’s not your bleeding role model. He’s a walking, smoking example of everything a decent human being shouldn’t be. But that itself is important. Proper queer representation isn’t just about creating heroes or villains. It’s about representing queer people, as beautiful as they come and as nasty as they get. John Constantine may not be proud, but he is queer, and his devil-scarred soul contains strange and twisted depths. We’re more than happy to explore them… as long as we never have to shake his hand. 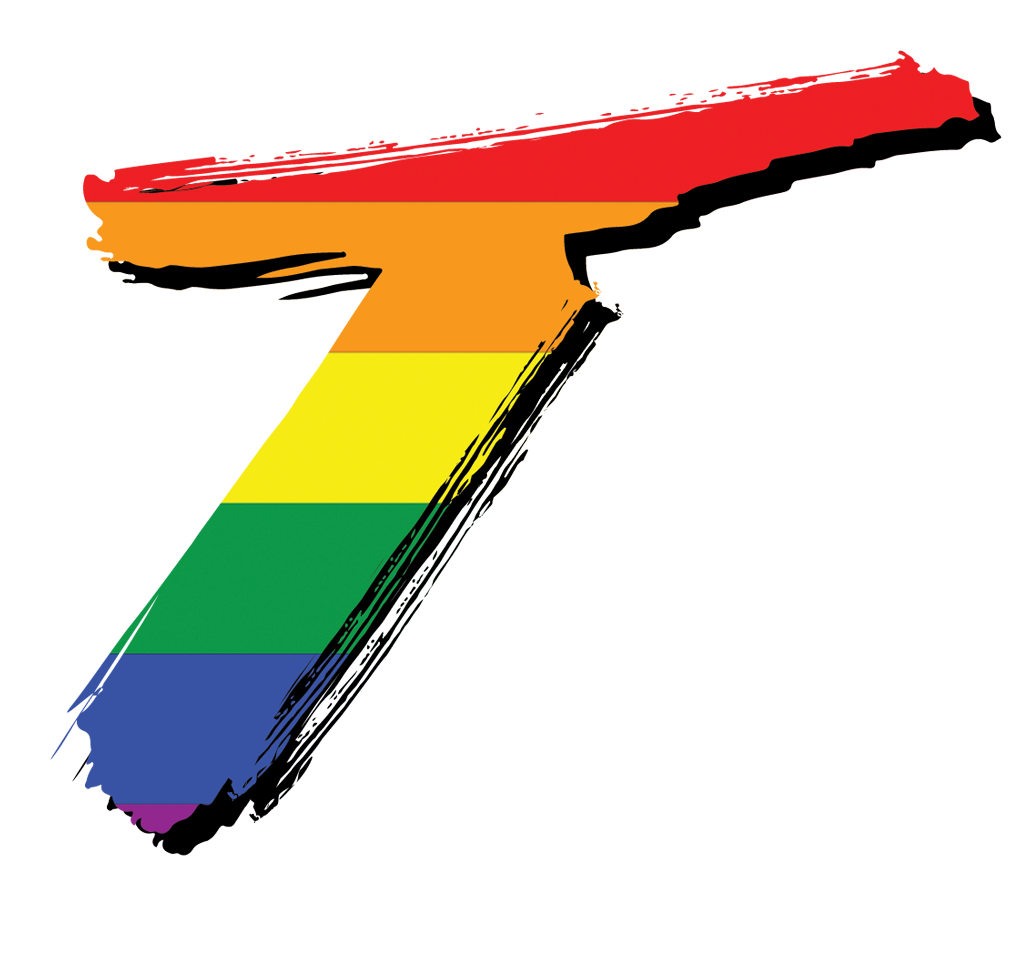 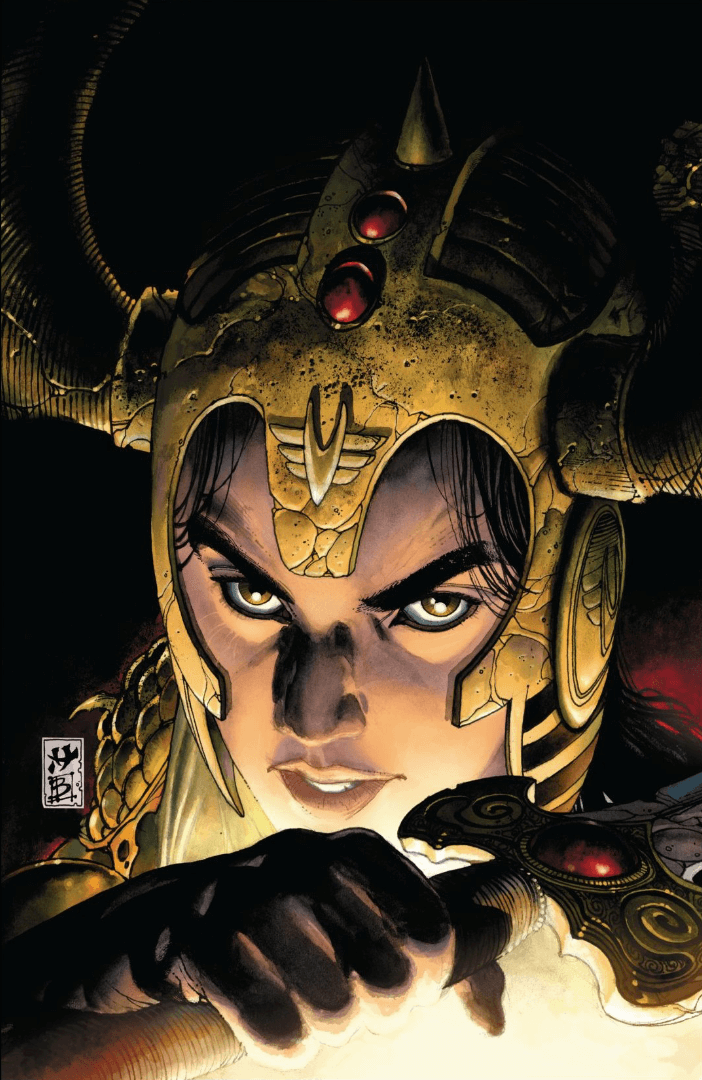 All Sir Ystin had ever wanted was to become a knight of Camelot. Though he was raised as a girl, Ystin assumed a male identity to pursue his dream, and found himself more comfortable as a boy than he had ever been. Eventually, Ystin was dubbed the Shining Knight by Sir Galahad himself, and thus was he known forever more. After writer Grant Morrison’s Seven Soldiers epic, Sir Ystin appeared once more in the New 52, as a member of the Demon Knights. Though his fellow Knights sometimes mocked him for his physical irregularities, they all came to respect his identity as a man in due time. And if a thousand year old gang of beasts and blackguards can learn to respect a person’s stated gender identity, then isn’t there hope for us all? 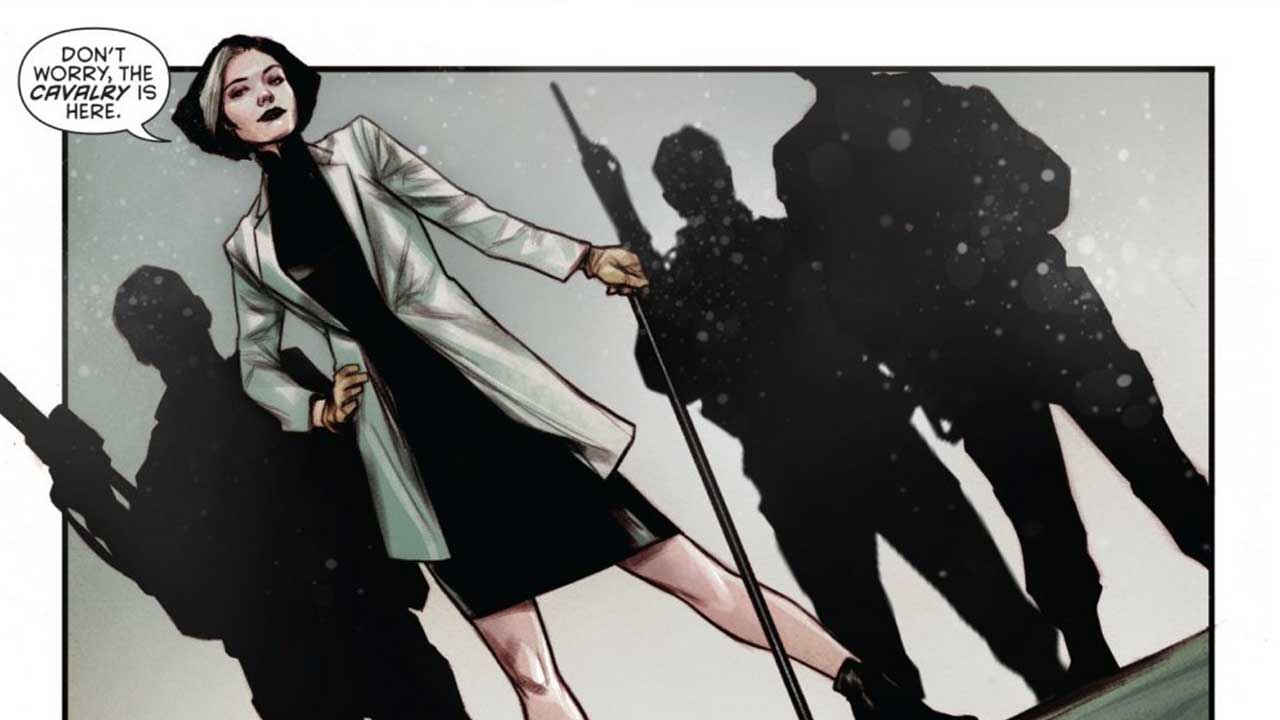 Victoria October has only appeared in nine issues of James Tynion IV’s Detective Comics, but she rapidly steals every scene she occupies. The self-professed “foremost expert on post-human bioweaponry on the planet,” Victoria clearly fancies herself as something of a mad scientist (for good… ostensibly). As a woman who has taken complete charge of how she presents herself to the world, Dr. October is uniquely sympathetic to Clayface, the long-suffering Batman villain on a long redemption arc who just wants to return to the man he was before everything went wrong. She knows all about being thrust into a body you never asked for, one which doesn’t represent at all who you are inside. If Clayface is to ever find absolution, it may be Victoria who holds the key. 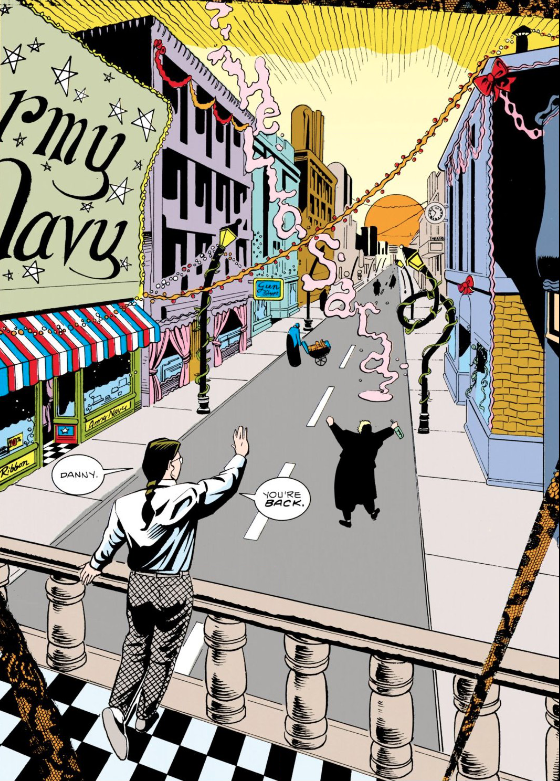 Of all DC’s queer characters, few are as near and dear to the hearts of DC Universe fans as Danny the Street, the breakout star of our original live-action Doom Patrol series. Danny is not necessarily a person, but a sentient, traveling thoroughfare. From Danny’s gender non-conforming storefronts to the Polari patois with which they address their residents, every cobblestone of Danny radiates with queerness. Danny self-identifies as transgender — though what it really means for a street to identify as such is a matter best left to speculation. When it comes to queerness of all kinds, our primary role is not to understand, but to accept. And whatever they are, they’re certainly a nice place to be. Bona to vada!

Who are some of your favorite queer DC characters? Let us know in our Community!