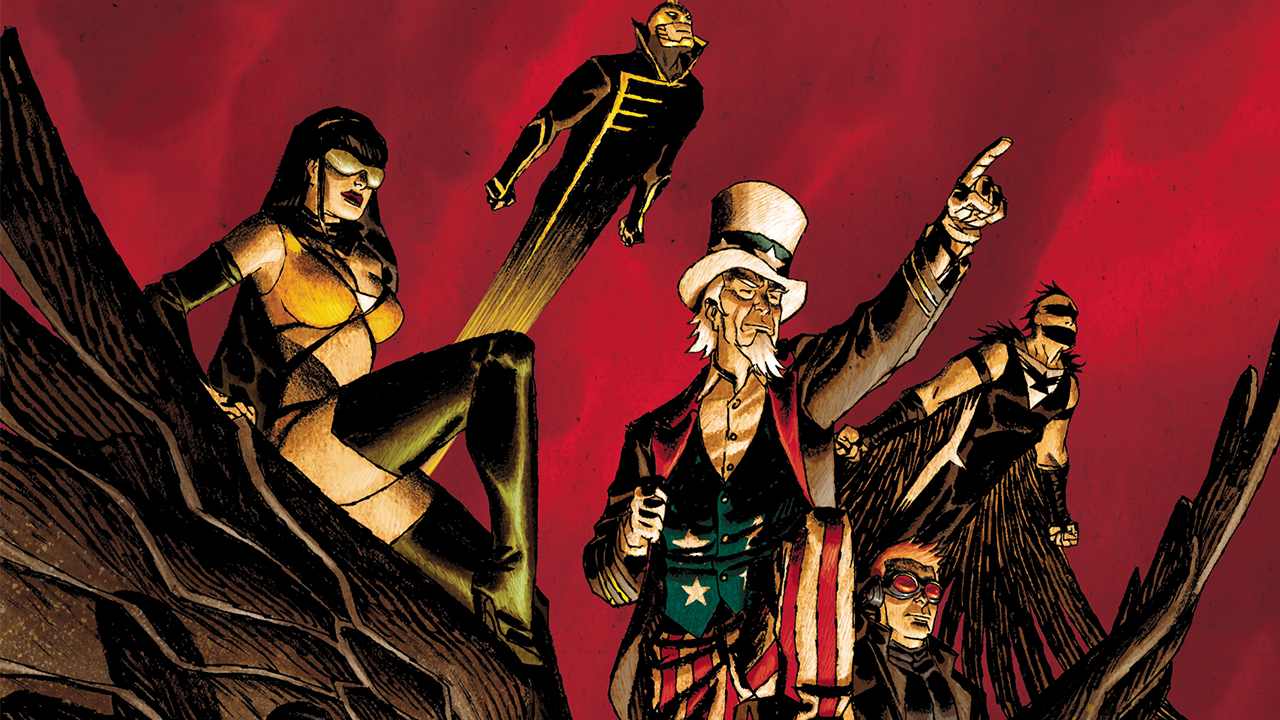 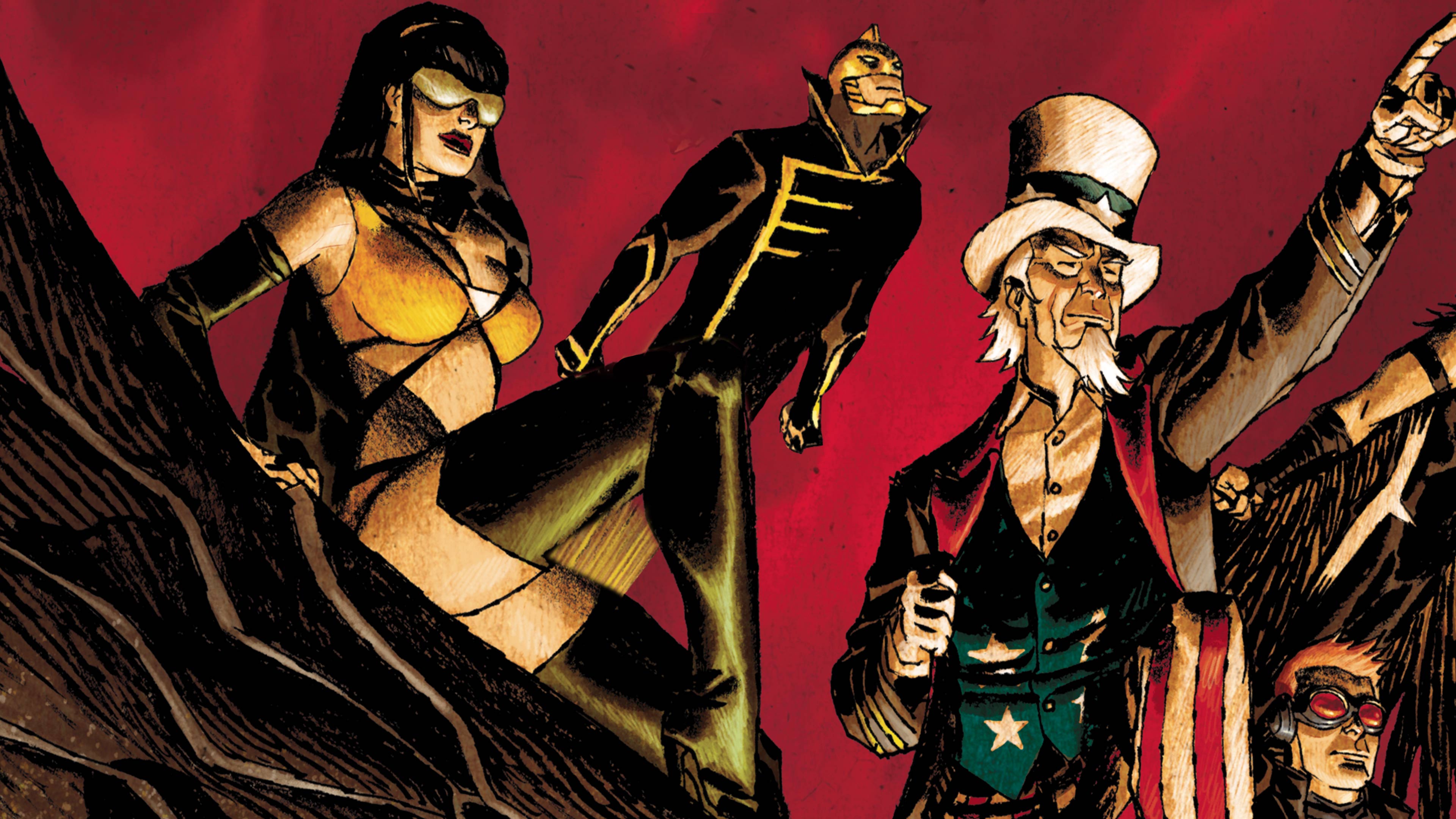 Celebrate Independence Day with Uncle Sam and the Freedom Fighters!

On July 4th, we celebrate Independence Day: the momentous occasion in the year 1776 when our America's founding fathers signed a declaration that no longer would the colonies be subject to British rule. But as DC Universe historians know, this wasn’t all they did that day. It was twelve score and three years ago that the signatories of the Declaration of Independence enacted a secret, mystic ritual; one which would allow the spirit of American patriotism itself a corporeal form with which it could defend the flag, and the republic for which it stands. This entity became known to all Americans… as Uncle Sam.

Or, so the ongoing saga of ‘Uncle Sam and the Freedom Fighters’ would have us believe. Since the comic book counterpart of this American icon was put to panel by the legendary Will Eisner (creator of The Spirit) in 1940, this national hero has stood with his Freedom Fighters to defend the American Way. Not just on our world, but as the last hope for freedom in a dark alternate world which the Axis powers of World War II hold in their despotic grip to this very day, a reality ominously designated “Earth-X.” So what better way to commemorate the 4th of July than to get to know the ultimate American patriots? Here are some exceptional places to begin your trek across the fruited plains with these bastions of Americana. Read on, because Uncle Sam wants YOU to join the neverending battle of the Freedom Fighters! 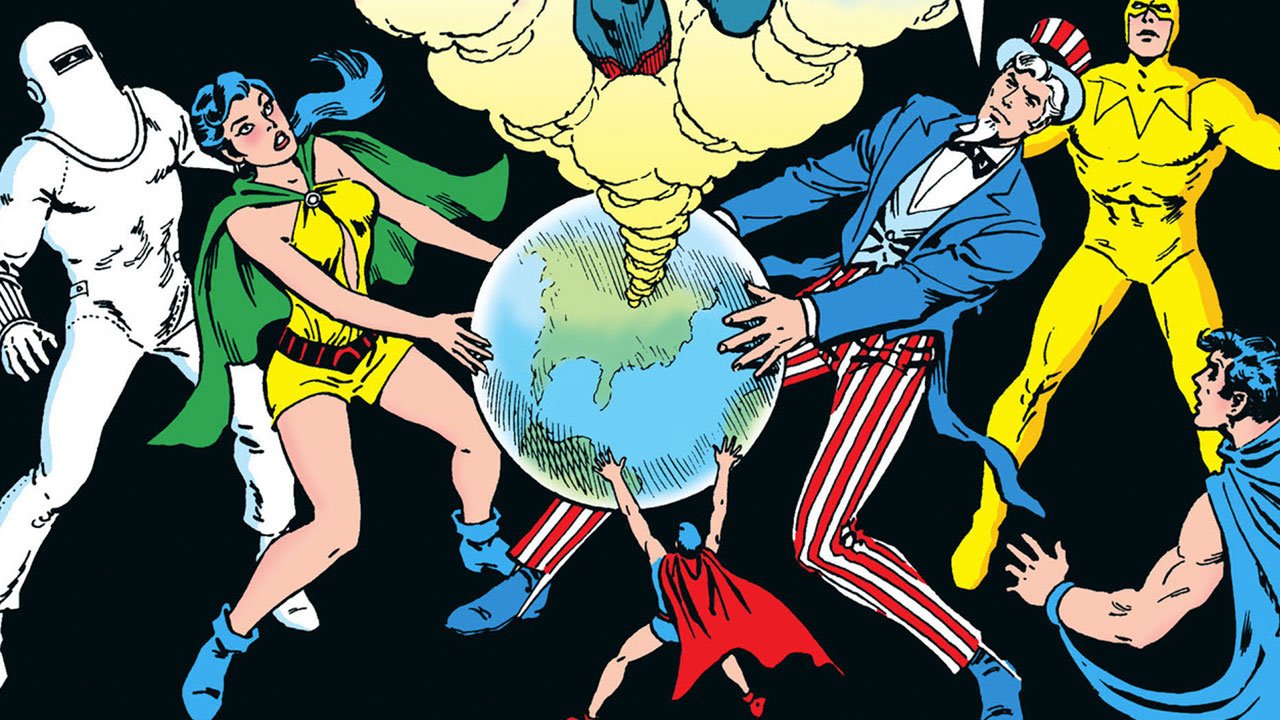 In 1973, DC Comics introduced readers to a slate of heroes acquired from the defunct Quality Comics publisher by branding them under the same team banner for the first time. Every year, the Justice League of America had a tradition of teaming up on a multiverse-spanning mission with Earth 2’s Justice Society of America. But this year, in 'Justice League of America' #107 and 108, the two teams would find themselves on another Earth, with another band of patriots: Uncle Sam and the Freedom Fighters of Earth-X. Struggling for freedom under the yoke of the Axis Powers of World War II, would the combined might of the greatest heroes of three worlds be enough to restore justice on this blighted world? Read "Crisis on Earth-X!" and find out! The adventures of the original Freedom Fighters continued in the pages of ‘All Star-Squadron.’ 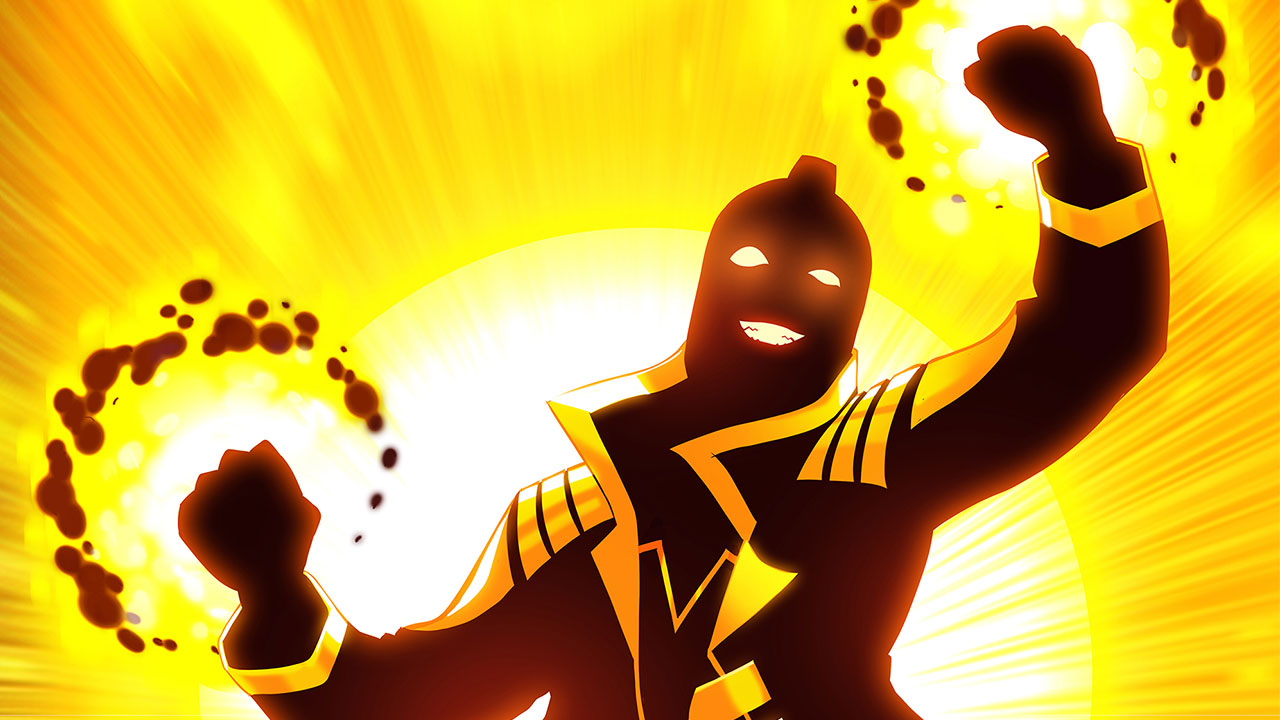 If there’s one breakout star of the Freedom Fighters ensemble, it would be Ray Terrill, the light-manipulating hero known as The Ray. The Ray was the subject of a 29-issue series by Christopher Priest, focusing on the son of the original Freedom Fighter to bear the name, Langford Terrill. Growing up, Ray was denied any exposure to sunlight under the guise of a rare illness, only to discover it prohibited him from accessing his fantastic powers over the light spectrum. As a powerful metaphor for the closeted lifestyle many feel pressured to maintain as they mature, Ray Terrill’s story is reinterpreted as a coming out tale in Steve Orlando’s ‘Justice League of America: Rebirth.’ It may be the power of The Ray’s story which allowed him to stand in for the Freedom Fighters as a whole in 2017’s “Crisis on Earth-X” television crossover event, which spanned episodes of 'The Flash', 'Supergirl', 'Arrow', and 'Legends of Tomorrow'. 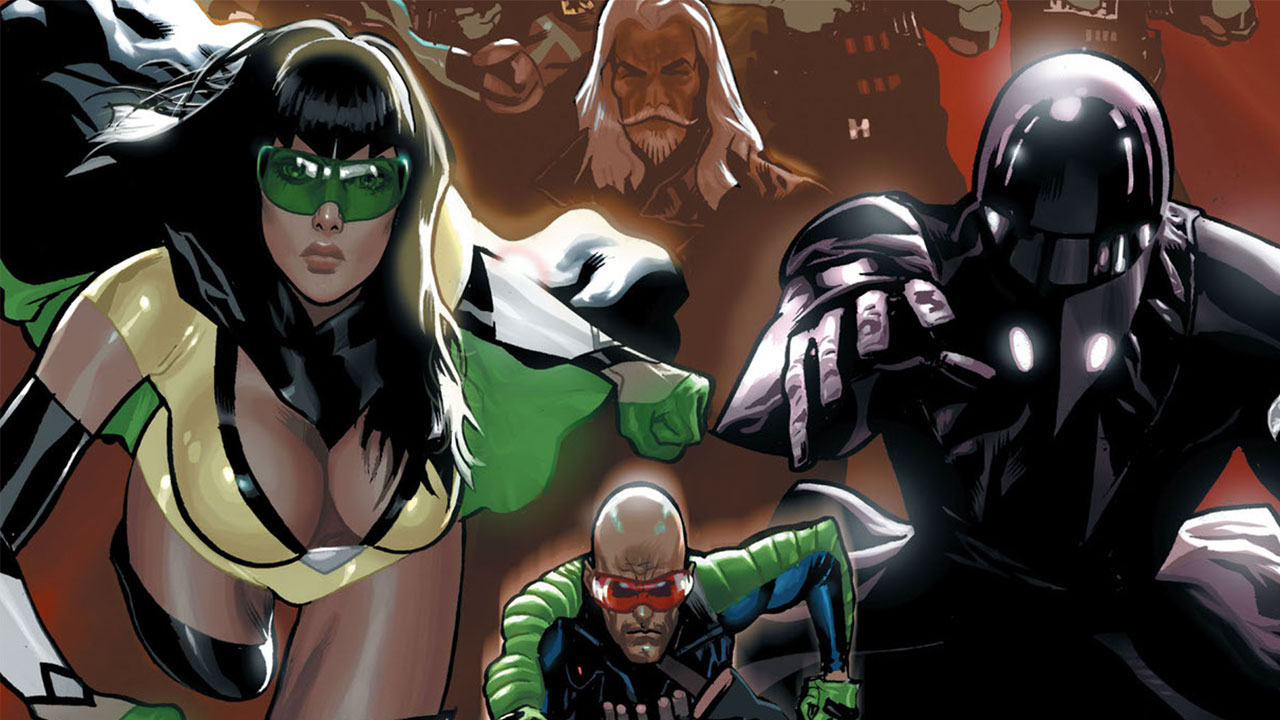 In the aftermath of ‘Infinite Crisis,’ Justin Gray and Jimmy Palmiotti rebooted the Freedom Fighters concept for the homeworld of the DC Universe as a covert ops team for the US government. Told across three limited series, this incarnation challenges readers on where the line can be drawn between righteousness and duty to one’s country. For those intrigued by political intrigue, the tale begins here. 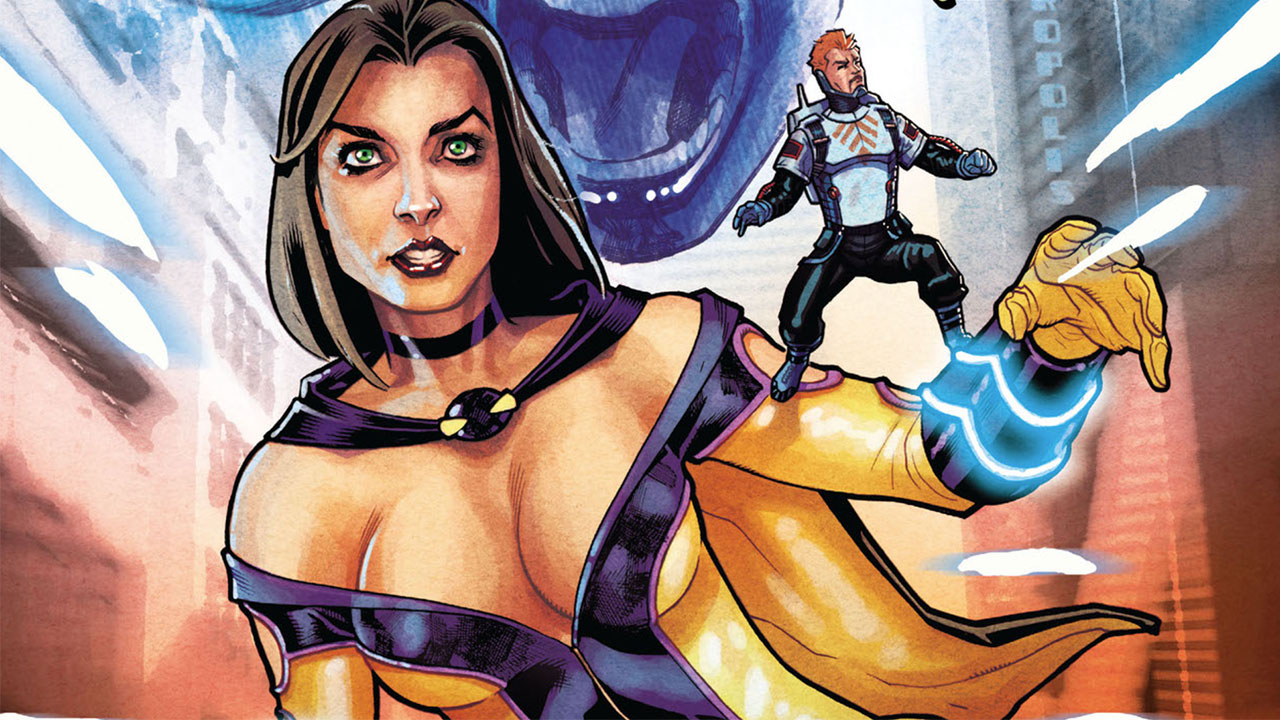 When the DC Universe was reimagined in 2011's New 52, Gray and Palmiotti got a second chance to reinterpret Uncle Sam’s Freedom Fighters. This approach involved a line of limited series, designed to introduce readers to each individual member of the team: like ‘The Ray,’ about a Californian lifeguard exploring just how versatile the power of light can be; ‘Phantom Lady and Doll Man,’ the unlikeliest love story of the DC Universe; and ‘The Human Bomb,’ a thoughtful exploration on how to be a hero even when you feel like a villain. Little has since materialized with this particular vision of the Freedom Fighters, but these short stories remain an interesting testament to what could have been.

Batman: The Brave and the Bold, “Cry Freedom Fighters!” 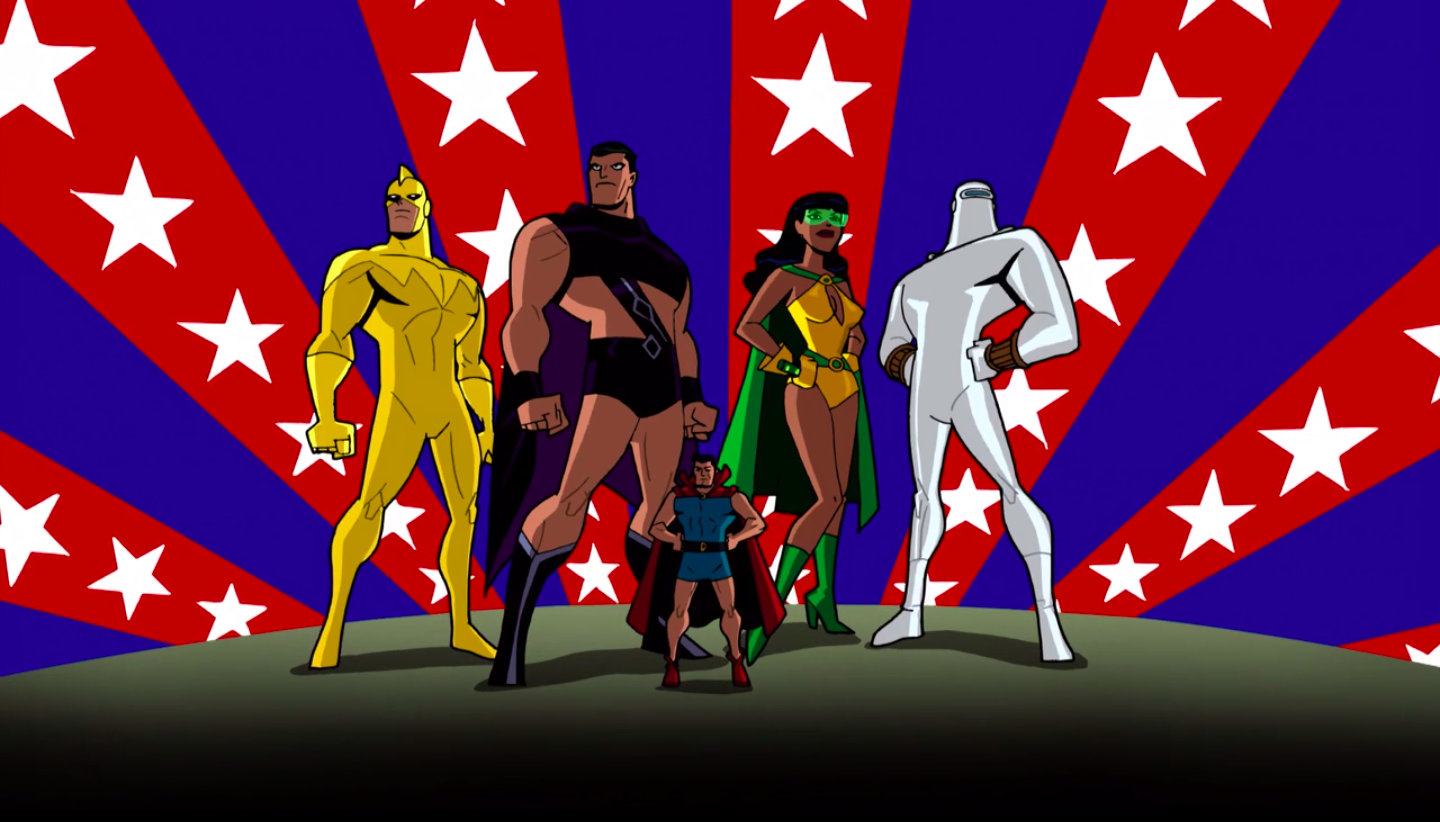 This historic episode of ‘Batman: The Brave and the Bold’ features the very first appearance of the Freedom Fighters outside of the comics! Here, Uncle Sam leads his team of patriots to an alien planet which may be the most in need of American ideals: the anti-matter universe world of Qward, ruled by its tyrannical Weaponers. And because America is the land of second chances, Batman sees no better role models for the continuing reform of ex-criminal turned hero Plastic Man. If only Plas knew the first thing about American history… Can he get a clue in time to find a new lot in life under the flag of Uncle Sam? Watch the episode and see! 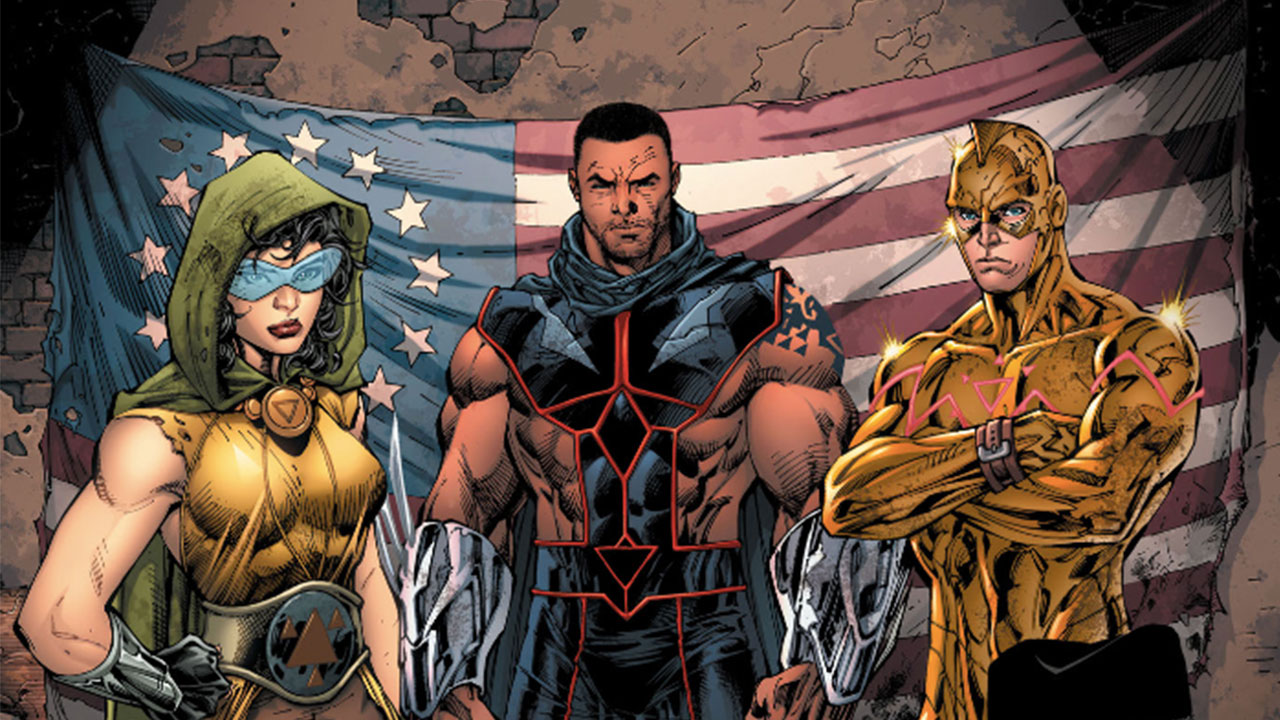 As part of Grant Morrison’s 2015 epic series exploring the inner DC Multiverse, ‘Mastermen’ doesn’t pull any punches in its depiction of Earth-X. In a world under complete Nazi rule, Freedom Fighters must resort to guerilla tactics to make desperate strikes against an overwhelmingly powerful regime. (It’s also probably the only time Jim Lee has ever drawn Adolf Hitler on the toilet.) You can continue following the adventures of this incarnation of the Freedom Fighters in Eddy Barrows and Robert Venditti’s ongoing ‘Freedom Fighters’ limited series, in comic stores now.

How are you celebrating Independence Day? Sound off in our Community!