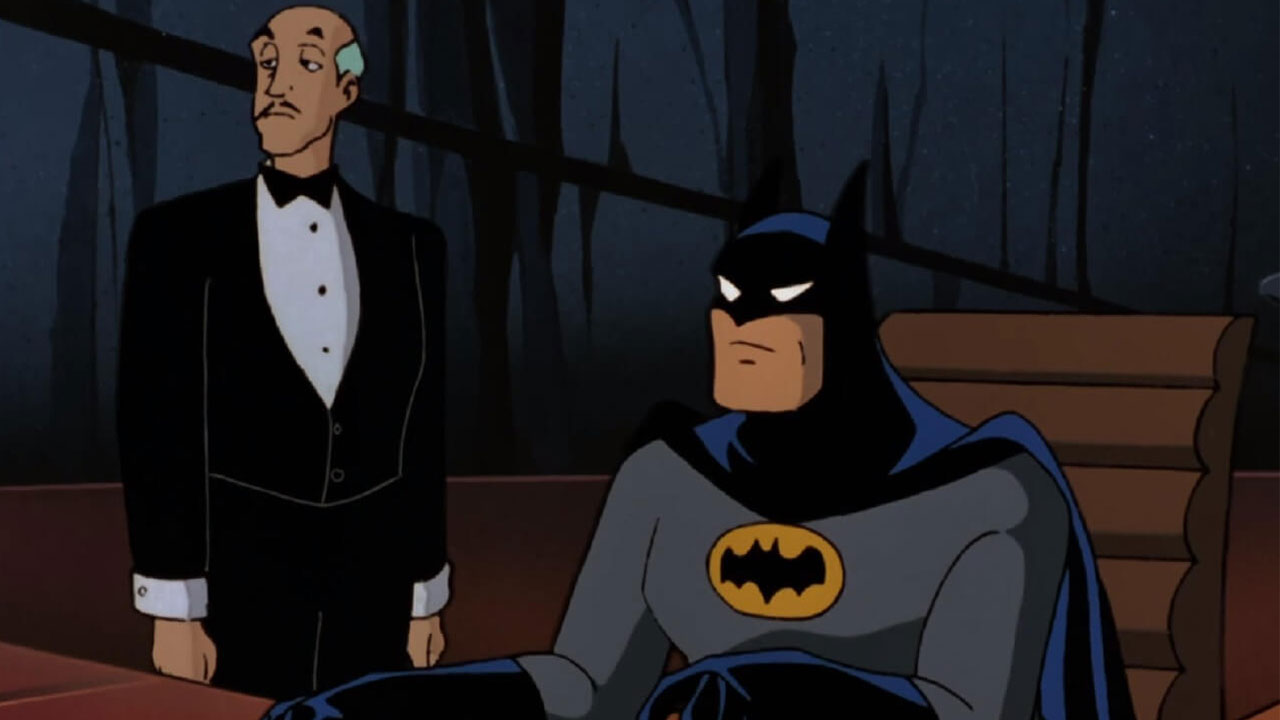 Can You Solve These 5 Classic Mysteries Before Batman Does?

Batman may not have super strength or the power of flight, but his trained mind has earned him the title of the World’s Greatest Detective. To kick off our celebration of Batman's 80th Anniversary, we're celebrating that aspect of Batman from which DC takes its very name -- Detective Comics. For Gotham is a city full of mysteries. Here are five of the best -- test your own detective skills and see if you can solve them before Batman does. Just click on each title to read or watch it on DC Universe! 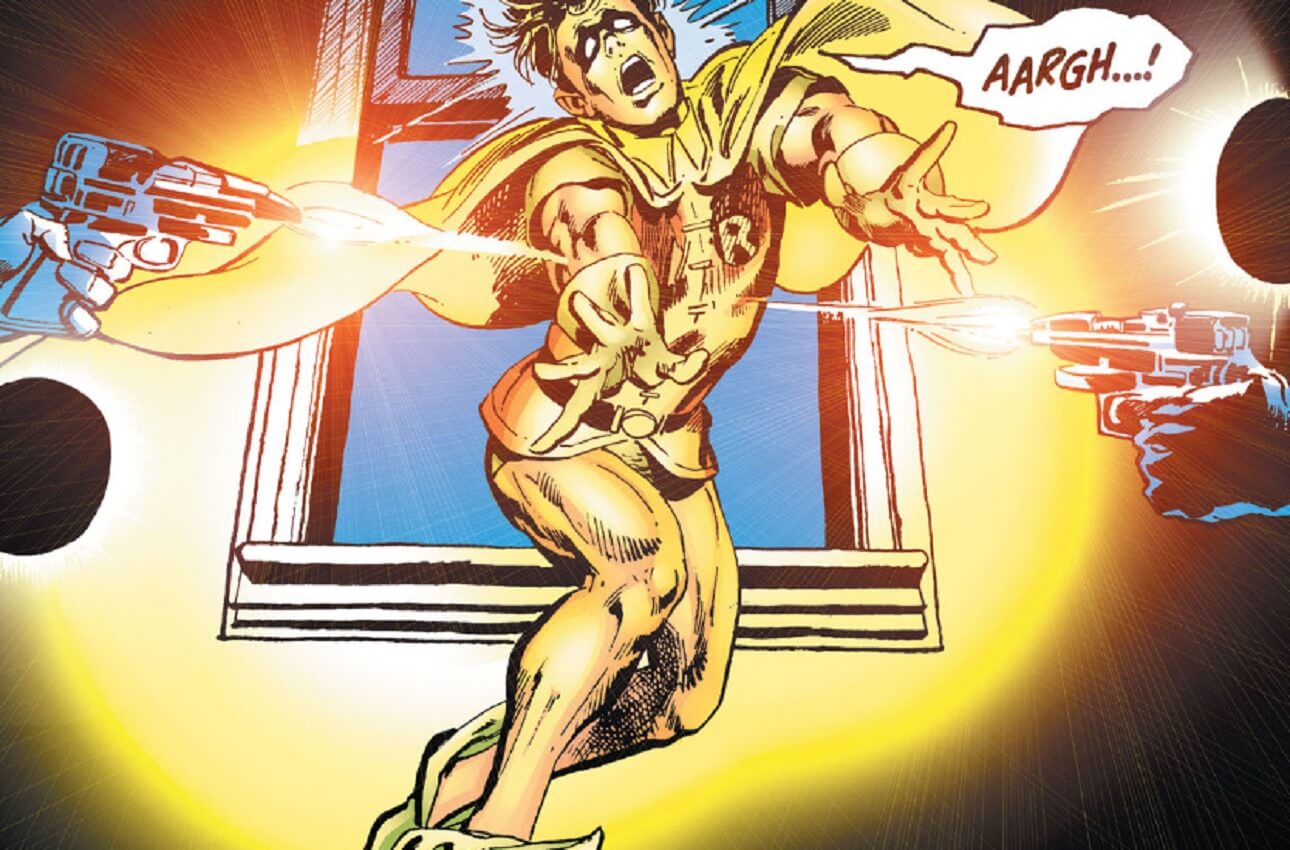 Someone has discovered the Dynamic Duo’s secret identities and used that information to kidnap the original Robin, Dick Grayson, from his college dorm room. Taunting the Dark Knight, the mysterious captor sends him a ransom note complete with a photograph of the Boy Wonder tied up. Just as the Caped Crusader begins his search, he meets Ra’s al Ghul, father of the aluring Talia. Ra’s tells Batman that his daughter has also been abducted, and presents a similar ransom note. Together with Ra’s servant Ubu, the trio embark on a globe-trotting adventure to find Robin and Talia. Along the way, Batman discovers some clues and realizes there is more to the abductions than meets the eye. This classic story (written by Denny O’Neil, who penned many of the Batman's finest mystery tales, and penciled by Neal Adams) features the first appearance of Ra’s, and was adapted into the classic Batman: The Animated Series episode “The Demon’s Quest”.

When a rumor spreads through the underworld that Batman has been killed, every criminal tries to claim credit for the murder. The villains agree to hold a mock trial with Two-Face acting as the prosecutor and Ra’s Al Ghul presiding as judge. With the trial underway, Gotham’s finest rogues begin their testimonies, each claiming they’re the one who killed Batman. Was it Catwoman, the Riddler, Lex Luthor, or the Joker? Why don’t their stories match up, and who is telling the truth? As with most mystery stories, there’s a less than obvious piece to the puzzle, and if you pay close attention you might be able to find it. "Where Were You On The Night Batman Was Killed?" (written by David Vern Reed and penciled by John Calnan) is a classic four-part story that unites Batman’s most infamous rogues for a fun whodunit.

Batman: The Animated Series: “A Bullet for Bullock” 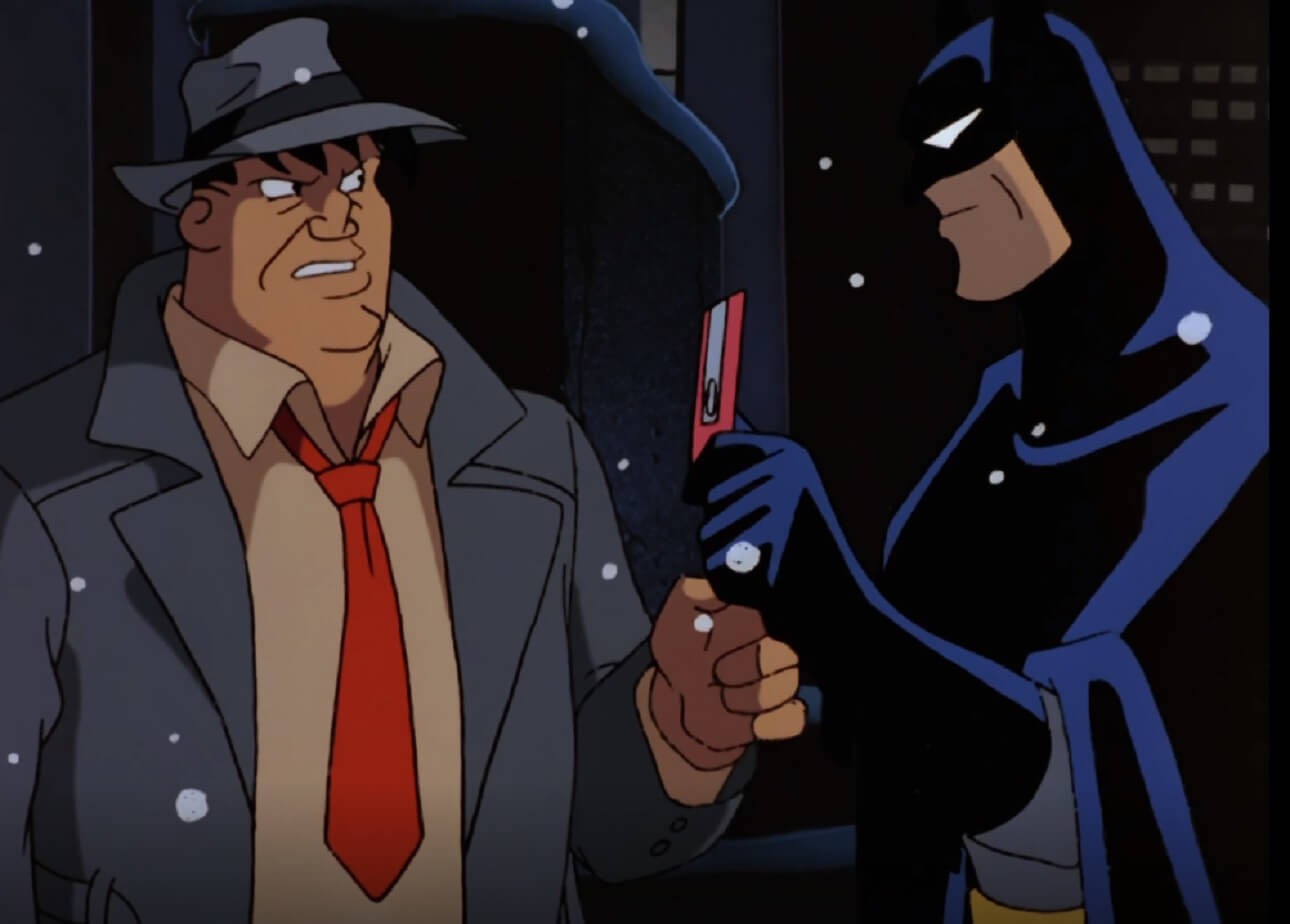 Harvey Bullock and Batman have never been good friends, but when a mystery man begins making attempts on his life, the gruff cop turns to the Dark Knight for help. Bullock is afraid of getting internal affairs involved, and he hasn’t exactly endeared himself to his fellow cops, which leaves Batman as his last resort. Together, the two try to smoke out the stalker, as the audience learns about the disgusting way Bullock lives when he’s not at the GCPD. Bullock has made lots of enemies on both sides of the law, so narrowing down his stalker is far from easy. Can you unmask the stalker before the mistmatched pair of Batman and Bullock? This classic episode of Batman: The Animated Series is a great mystery with a shocking twist in its final act. 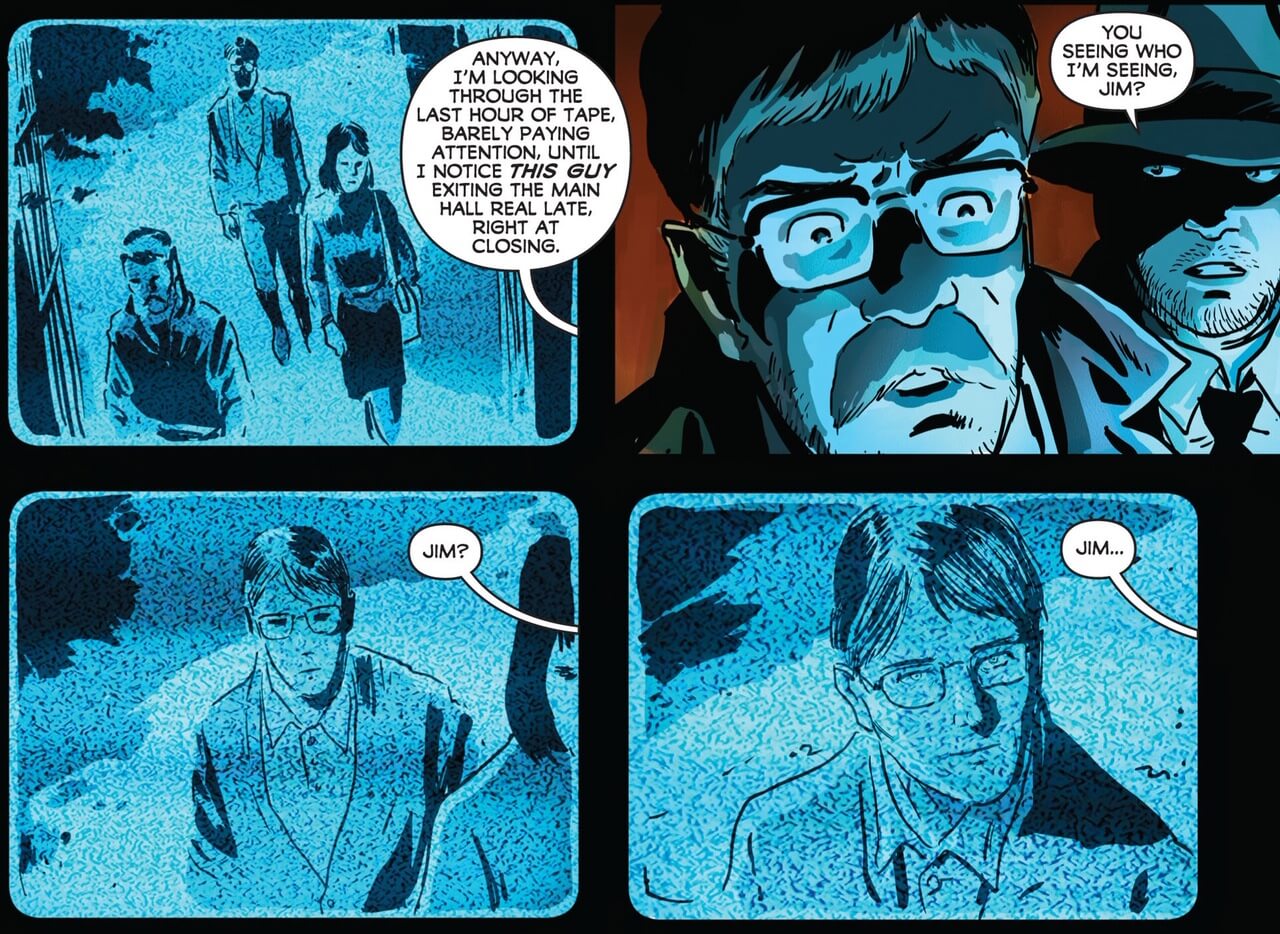 With Bruce Wayne out of town handling Batman Inc. business, it’s up to Dick Grayson to become the Dark Knight and solve a chilling new mystery. A bank employee has been found inside the stomach of an orca, and the criminals of Gotham are auctioning off ill-gotten trophies. How are the two connected, and why is Commissioner Gordon so agitated by the return of his son James Jr.? Read the mystery thriller that made writer Scott Snyder and penciler Jock comic-book superstars. 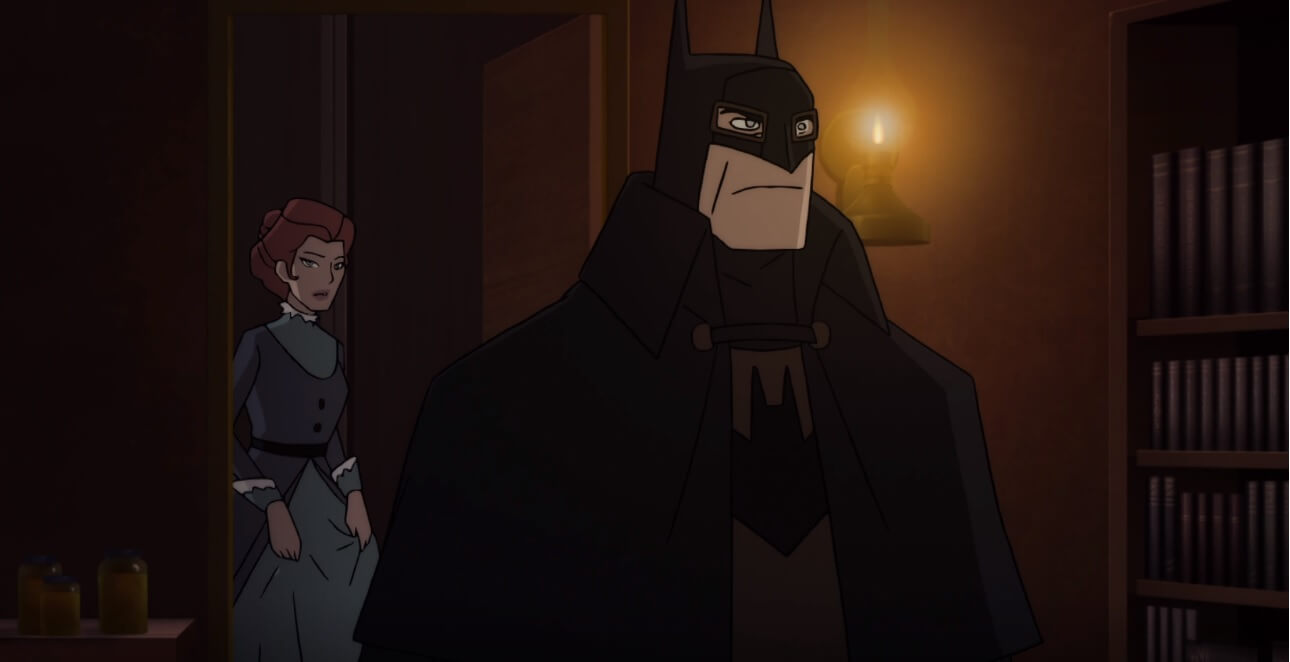 In this alternate-reality tale, Jack the Ripper comes to Victorian-era Gotham, leaving a trail of murdered victims behind him. Batman has vowed to protect the city, but unmasking the Ripper proves even more challenging when Bruce Wayne himself is framed for the crimes. Can Batman exonerate himself before Jack the Ripper kills again? Who can the Dark Knight trust when some of his own friends are suspects? This 2018 animated film -- inspired by the Brian Augustyn and Mike Mignola graphic novel -- features Victorian versions of Selina Kyle, Alfred, and even the Robins. Keep your eyes peeled, because killers can hide in plain sight in this slasher pic/murder mystery with a dash of steampunk.

Were you able to solve any of these mysteries before Batman? Let us know on our Community!