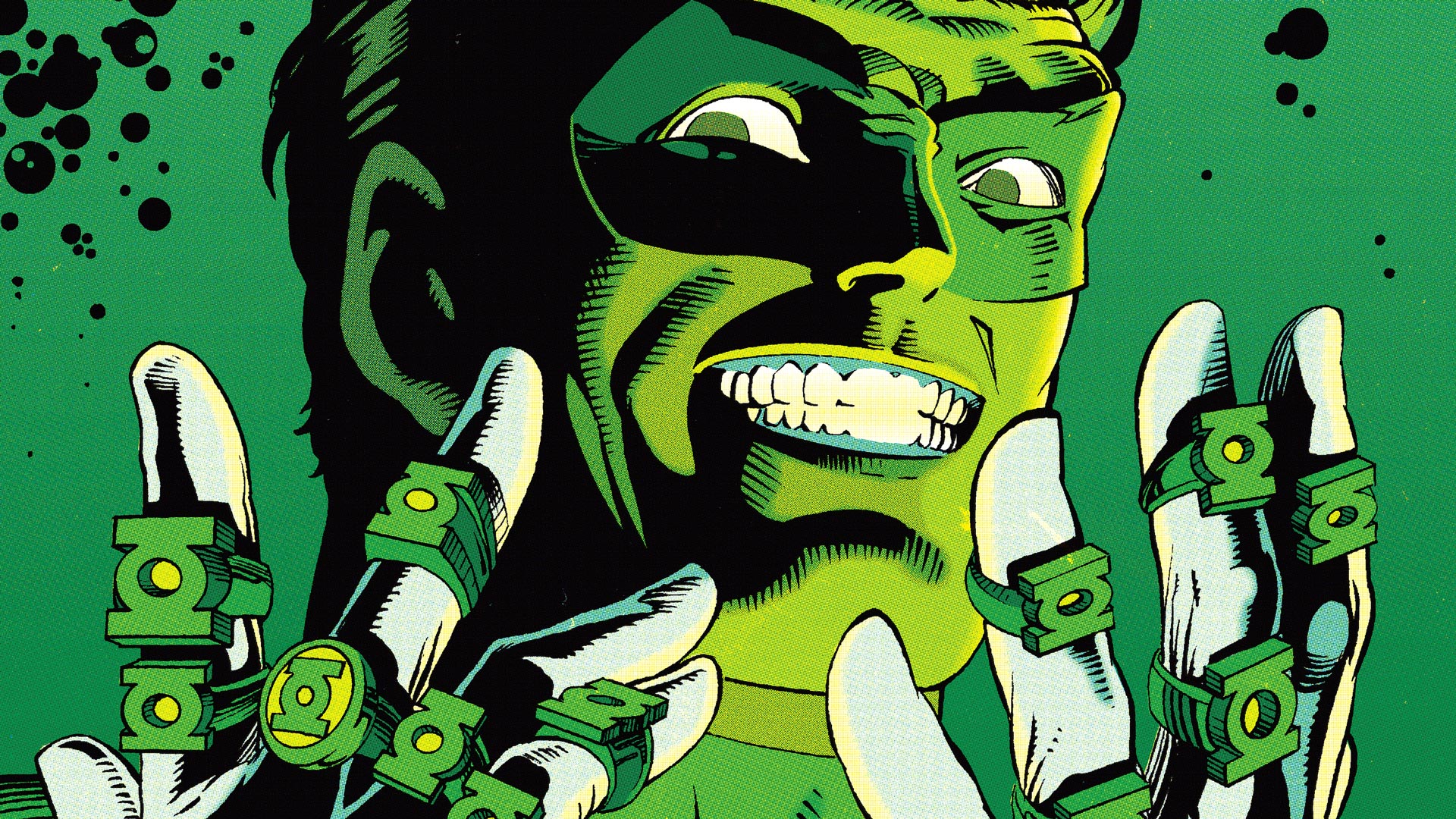 Superheroes are the cultural archetypes of the “save-the-day” good guys. Thanks to popular shows like Superfriends and films like the Superman franchise, many people associate the breadth of characters as always knowing right from wrong and always doing the right thing, even when it isn’t easy. For the most part, that’s true…but sometimes a hero fails in living up to the standard set by their predecessors, or themselves. There are some very notable examples of heroes who’ve turned to the dark side, shocking fans by betraying everything they once stood for. Here are the top five DC heroes who turned evil! 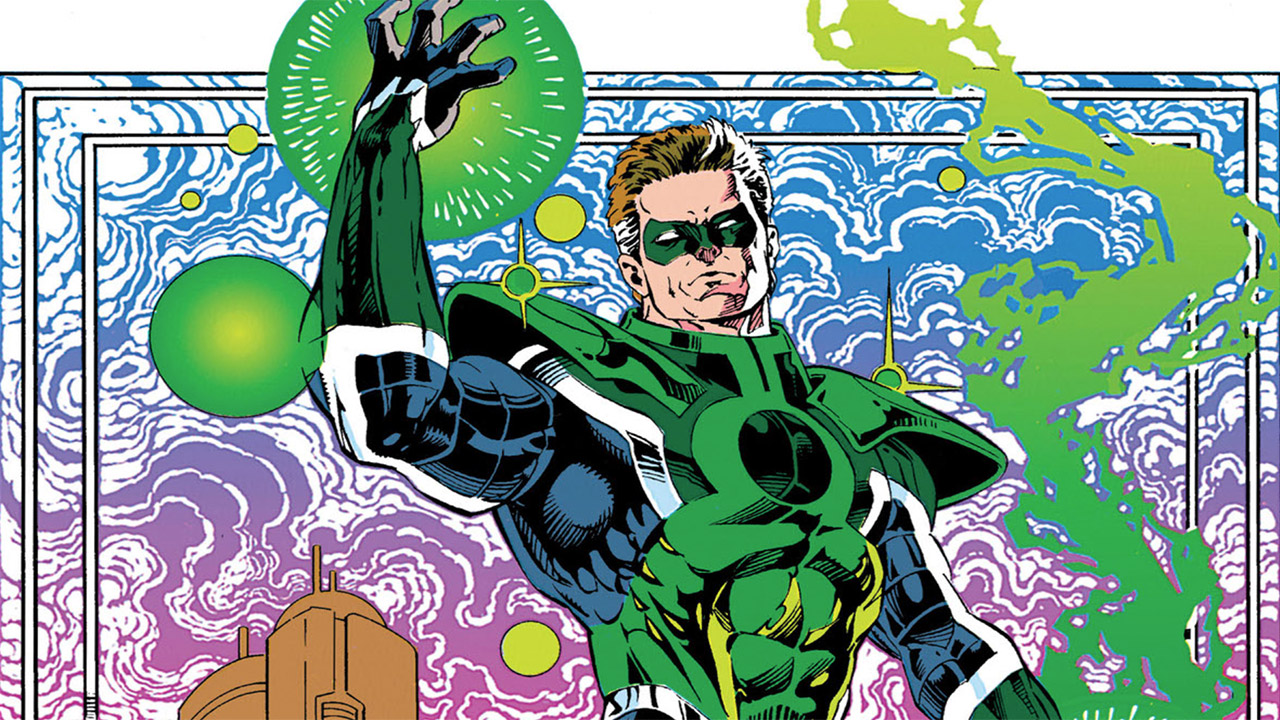 One of the most infamous storylines in not just DC but all of superhero comics, the original Silver Age Green Lantern Hal Jordan broke bad in a three part storyline called “Emerald Twilight”. A fallout from the “Reign of Supermen” storyline (itself a continuation of the “Death of Superman” saga,) “Emerald Twilight” begins with Jordan mourning the loss of his hometown Coast City, recently destroyed by the villain Mongul in Superman #80. Hal seeks to recreate it and everyone who lost their lives in the explosion through the power of his ring but almost immediately, the Guardians of the Universe submit a Cease and Desist message and order Jordan back to Oa to receive punishment. Unwilling to indulge in their alien bureaucracy, Hal battles with fellow Lanterns and defeats them, stealing their power rings. Old allies like Tomar Re and Kilowag are no match for his vengeance. Even Sinestro – released from the Guardians’ prison – is sicced on the mad hero. In violation of one of superherodom’s most traditional taboos, Jordan crosses the line and kills his old enemy (Sinestro eventually got better.) Reaching the Central Battery, Hal throws himself inside and becomes Parallax, a supervillain hellbent on rewriting history. This led to the last remaining Guardian selecting Kyle Rayner as the next – and for a time final – Green Lantern.

Eventually it was revealed that Parallax was actually an alien parasite sustaining off of fear which infected Hal and influenced his consciousness, explaining his actions and absolving him of his crimes. Over time, the Corp rebuilt itself and Hal returned as Earth’s premiere Green Lantern. But he always carries the guilt of what he did under Parallax’s influence with him, no matter how much time has passed. 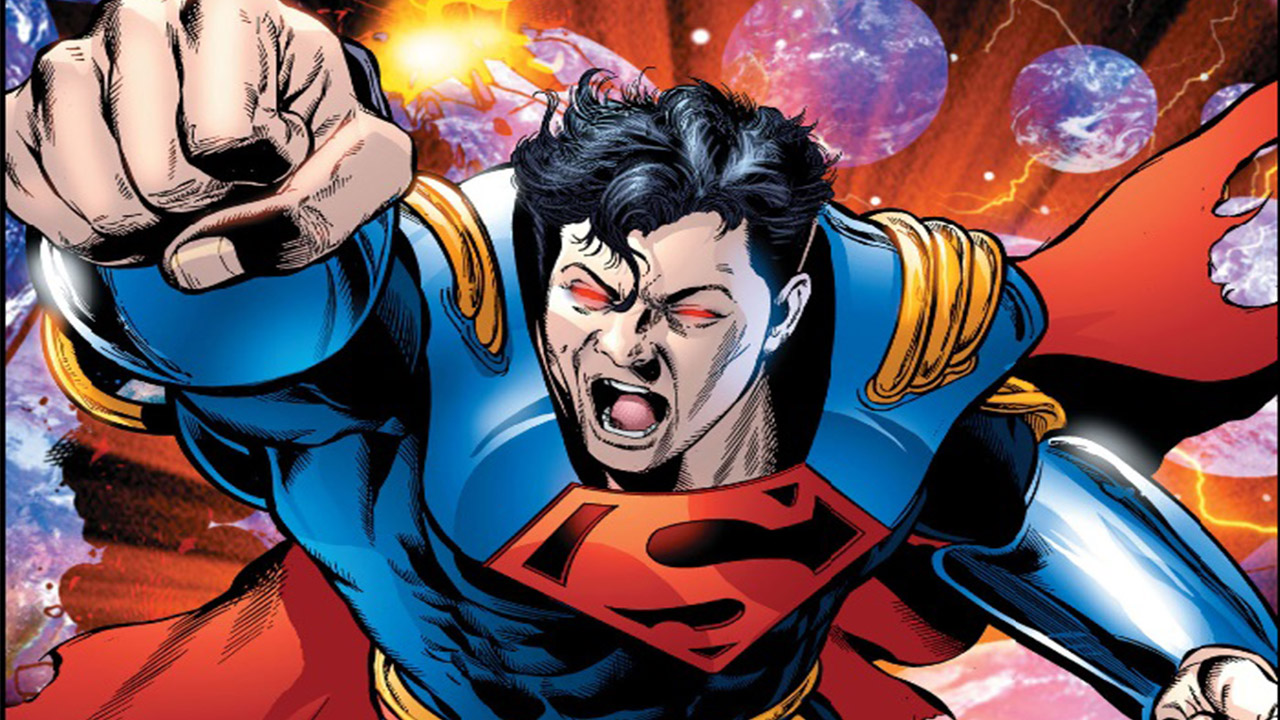 Another notorious example of DC’s heroes gone bad comes from a different dimension. Superboy-Prime hails from Earth-Prime, a universe where there are no superheroes save for the ones depicted in comic books…except for the fact that he actually was Kal-El of Krypton who landed on Earth when his birth planet exploded. Embroiled in the Multi-Universal battle during Crisis on Infinite Earths, Superboy-Prime went off with the Golden Age Superman and Lois Lane, and the Earth-3 Alexander Luthor Jr. to live out the rest of their days in a paradise pocket dimension. However, in the years that followed, Superboy-Prime grew frustrated by the darker, less heroic aspects of the Post-Crisis DC Superhero pantheon. Punching the barrier walls of that dimension’s reality, Prime and the others traveled to the sole remaining Earth (One) to fix what they thought was wrong with the Universe. In the battle that ensued, Superboy-Prime unintentionally killed several members of the Titans. The combined efforts of the Flash Family ran him into the Speed Force, but he escaped with solar powered armor. Rampaging through the heroes, he flew to the planet Mogo where the Supermen of Earth One and 2 defeated him, although the latter died of his injuries. Prime would later bedevil the DC Heroes when he joined Sinestro’s Yellow Lanterns during the Sinestro Corps War, and destroying Earth-15 during Countdown to Final Crisis. 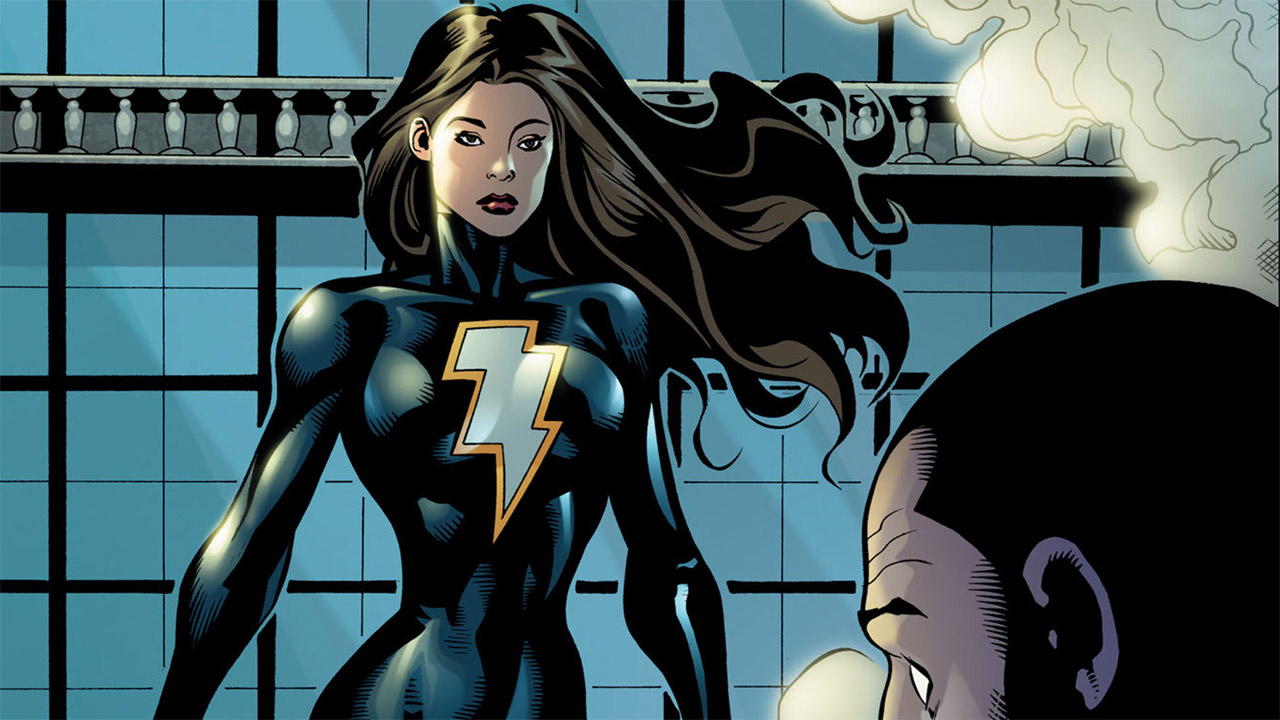 During the events of The Trials of Shazam, Mary Marvel fell from the sky when the death of the Wizard Shazam caused her powers to disappear. Awakening from her coma, she sought out Captain Marvel Jr., and ended up in Gotham City where she came across Black Adam. Understanding her yearning for the return of her powers, Teth-Adam transferred his abilities through her, turning her into a black-garbed version of Mary Marvel. While Mary was originally a sweet-natured superhero, this darker version fought criminals with more ferocity and questionable tactics. In Coutndown #42 she threatened to hurl the Riddler out of the sky and shot Clayface up into outer space. Later she sought the magician Zatanna for training, but turned on her and tried to absorb her power. The villain Eclipso eventually finds Mary and takes her to Darkseid, who promises to release her full evil potential. After training with the Amazons on Themiscyra, Mary returns Darkseid’s offer and at his command captures Jimmy Olsen. Eventually Freedie Freeman – the new Captain Marvel – manages to relinquish both his and Mary’s powers, restoring Mary’s wholesome personality. 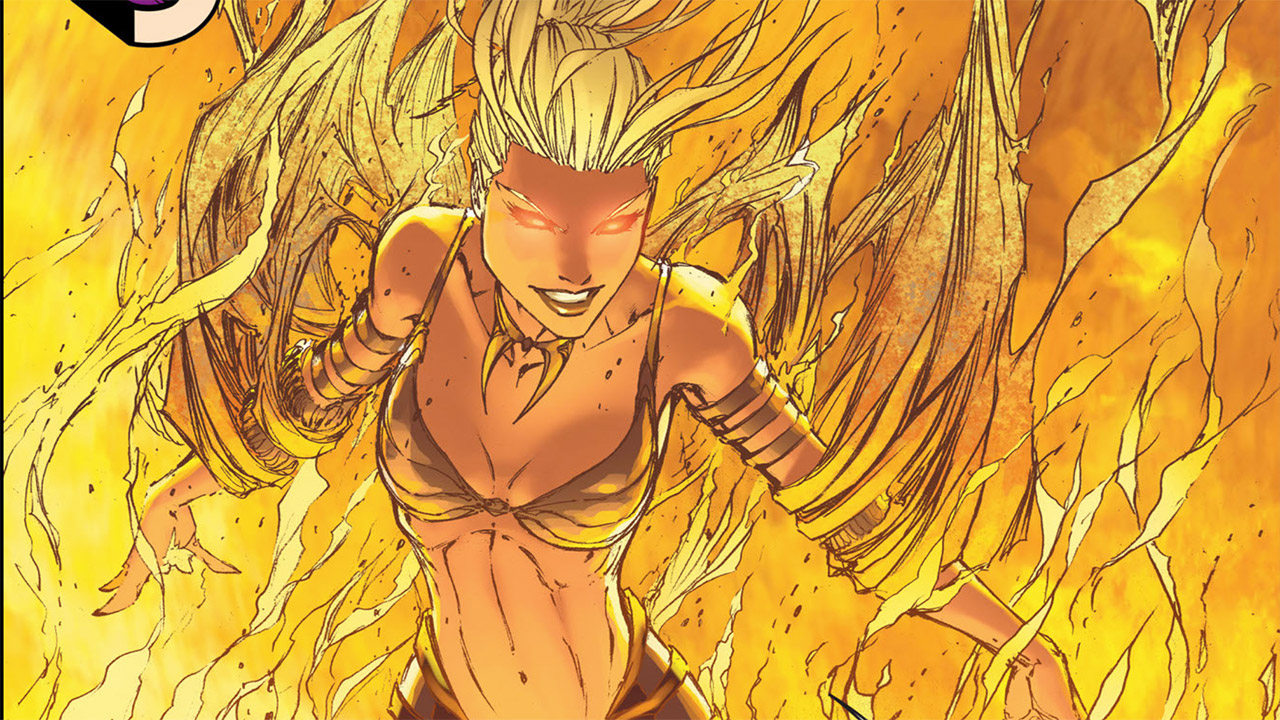 In the Superman/Batman storyline “The Supergirl from Krypton”, Kal-El’s cousin Kara Zor-El is training on Themiscyra, home of the Amazons. When she’s kidnapped by the Female Furies of Apokolips, Superman, Batman, Wonder Woman, and former Female Fury Big Barda  travel to the world of Darkseid to mount a rescue. Superman finds Kara decked out in black leather garb and spikey hair, revealing that she’s been turned by the evil New God into his loyal subject. As she attacks and beats on Superman, he notes that she’s potentially more powerful than he is. Completely overwhelmed, Superman unleashes his trump card in the form of Lex Luthor’s kryptonite ring. Knocking Kara unconscious, the blow hurts him both physically and emotionally, further widening the gulf of hatred he carried for the Lord of Apokolips. 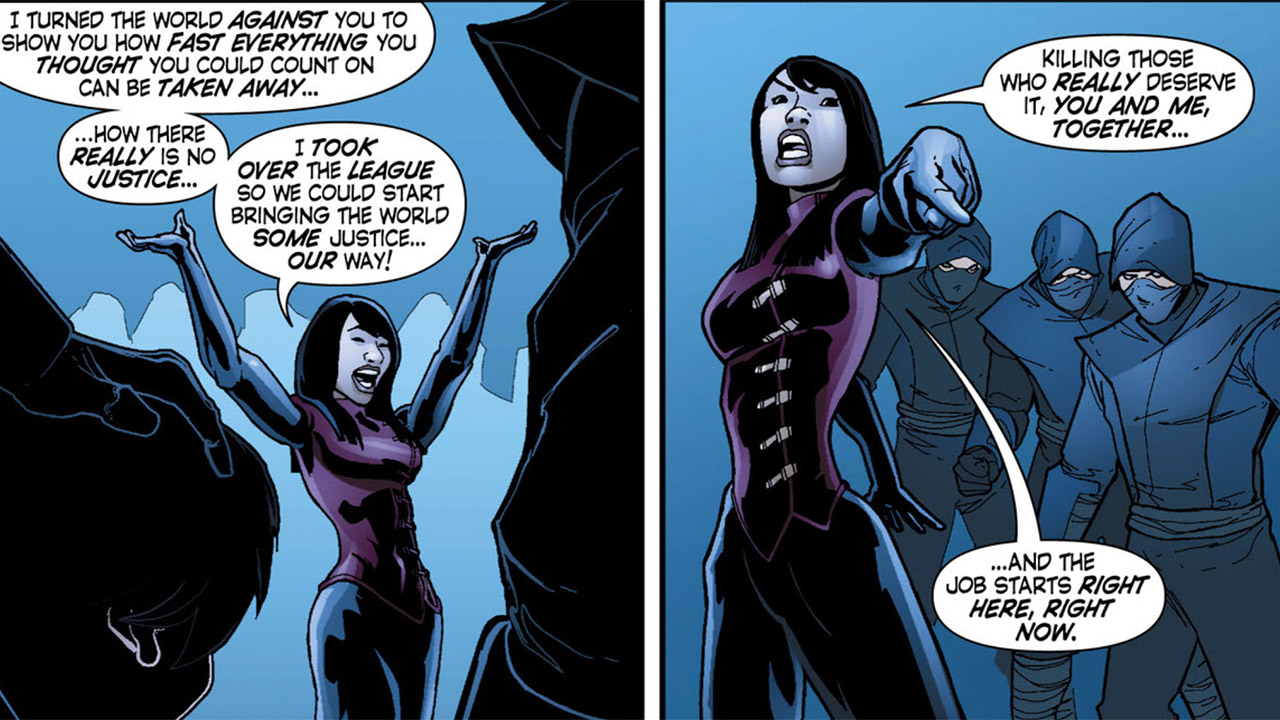 The first Batgirl to headline her own ongoing comic series, Cassandra Cain went missing after the events of Infinite Crisis. After Robin is attacked by old enemy Lynx who’s soon murdered wearing Cassandra’s costume, he investigates and runs into the League of Assassins. Thinking that they’re holding Cassandra for ransom, it’s soon revealed that Cass herself is the new leader. She bedevils Robin and the Teen Titans, and even picks up a contract to kill Supergirl. This was particularly tragic, as Cassandra was raised from birth to be an assassin and used her career as Batgirl to atone for that life of training. Ultimately it’s unearthed that during the year Batman traveled with Nightwing and Robin, Cassandra felt hurt that she wasn’t trusted to protect Gotham. Deathstroke, in part wanting revenge for Cassandra defeating his daughter Rose in combat, manipulated and drugged her, fashioning her to be an assassin like him. Robin and the Titans soon found Cassandra and cured her of her brainwashing, but the actions she committed under his control compiled to her already overflowing weight of guilt.