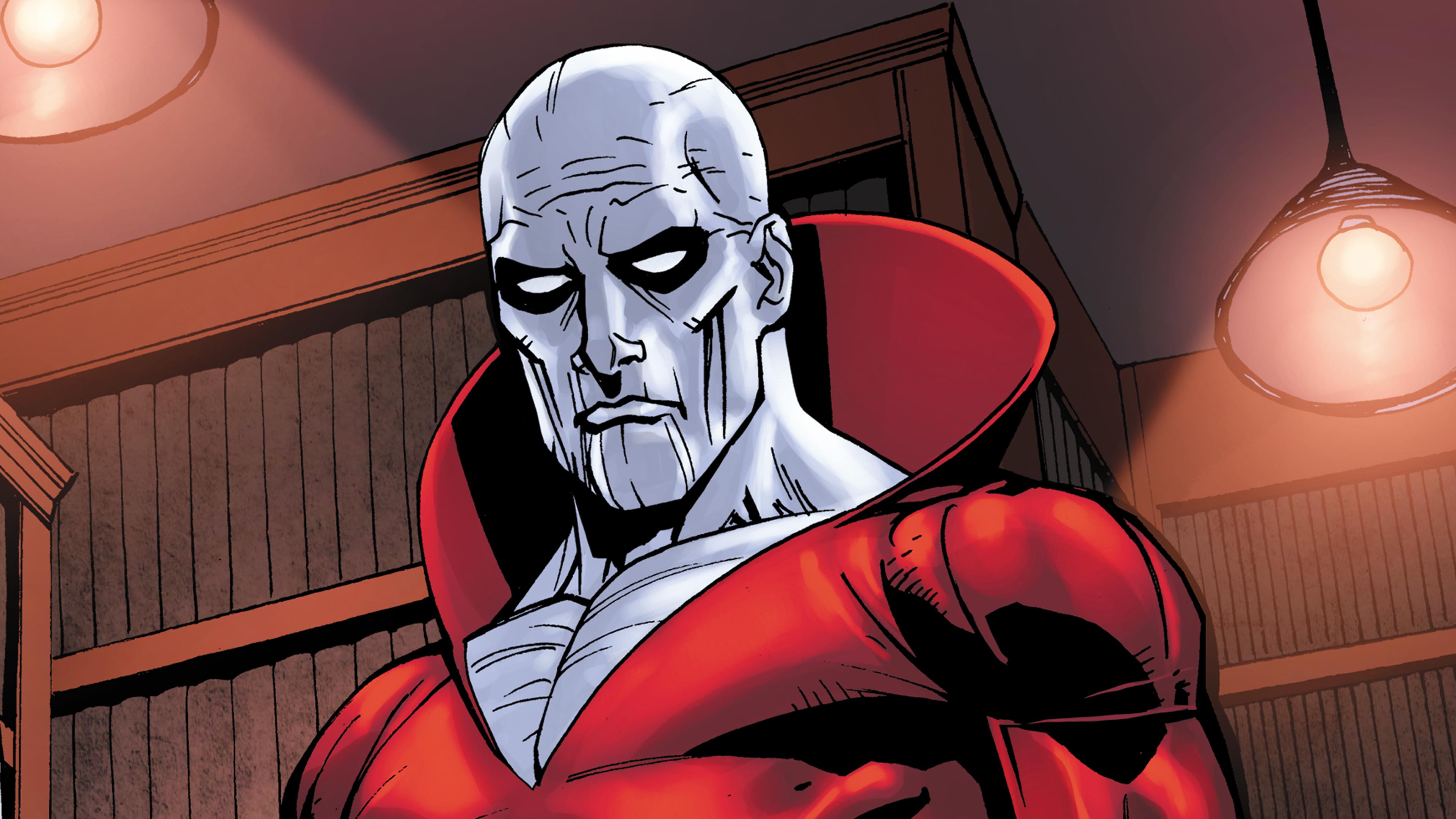 So, say you’re a man who’s been following DC for some time now, and you’re starting to get a little older. Maybe you find hair on your pillow when you wake up early to check the new additions to our comics library on Tuesdays, or in the shower to cool off after a blood pumping episode of ‘Titans.’ No use hiding from the truth: like 80% of men who reach a certain age, you may be starting to bald.

As a DC fan, this can be distressing. Lex Luthor, Doctor Sivana, Mister Freeze — many of the most heartless villains in our universe sport a head as barren as their souls. But don’t worry, reader. There’s hope to be found in the house of the hairless. Some of the most powerful men in DC Comics -- writers Grant Morrison, Brian Michael Bendis, Tom King, even DC co-publisher Dan DiDio -- each one to a man is bald, and yet somehow still leading productive lives. But you can find plenty of heroes within the DC Universe without a mop on their heads, too. Here are five heroes who prove there may just be life after hair. Call them, if you will, The Brave and the Bald... 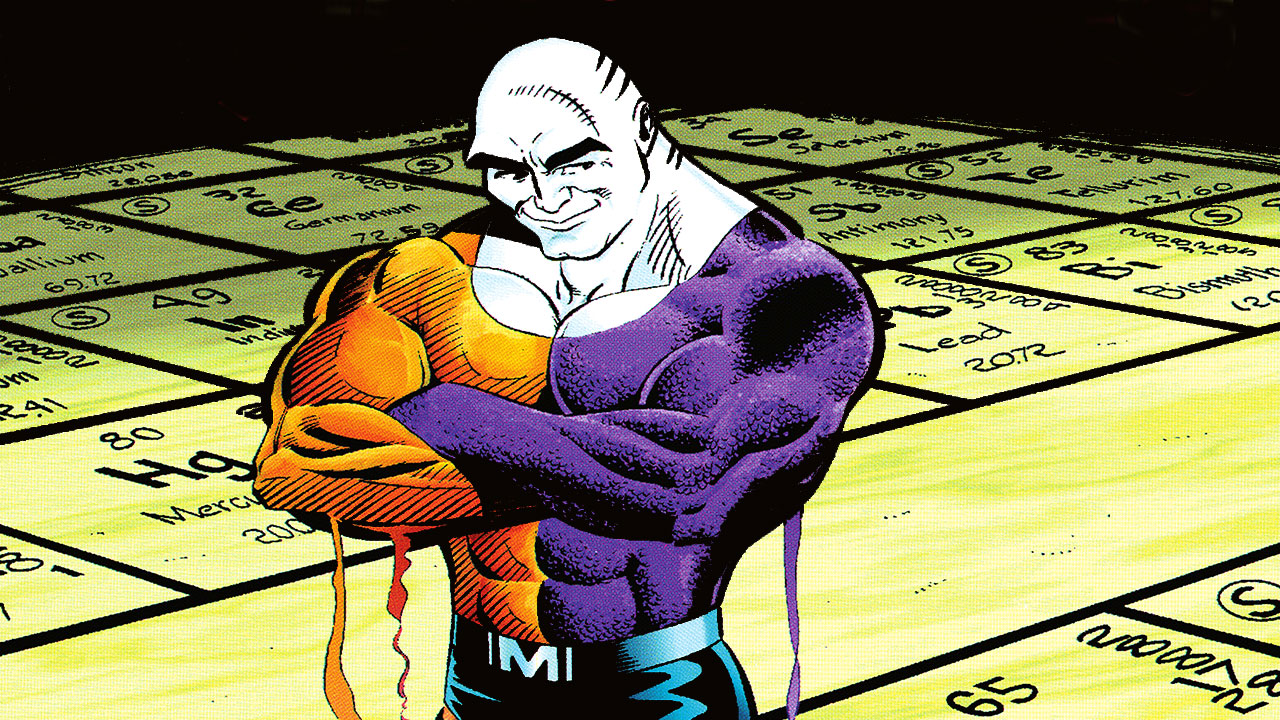 When it comes to surprising changes in body chemistry, Metamorpho takes the top prize. After making contact with a mystical ancient meteor- or the Dark Multiverse, as the most recent version of the tale has it- the dashing world explorer and soldier of fortune Rex Mason found that his gorgeous brown locks were gone for good. Along with his fingernails, and his skin, and pretty much all of his internal organs. It took some time to get used to his new pliable, elementally shifting body, but he’s made the most of his new look. Yes, this may be slightly above what a prescription hair tonic might handle. But as a member of multiverse-travelling Terrifics, hairlessness is perhaps the least of Metamorpho’s problems. 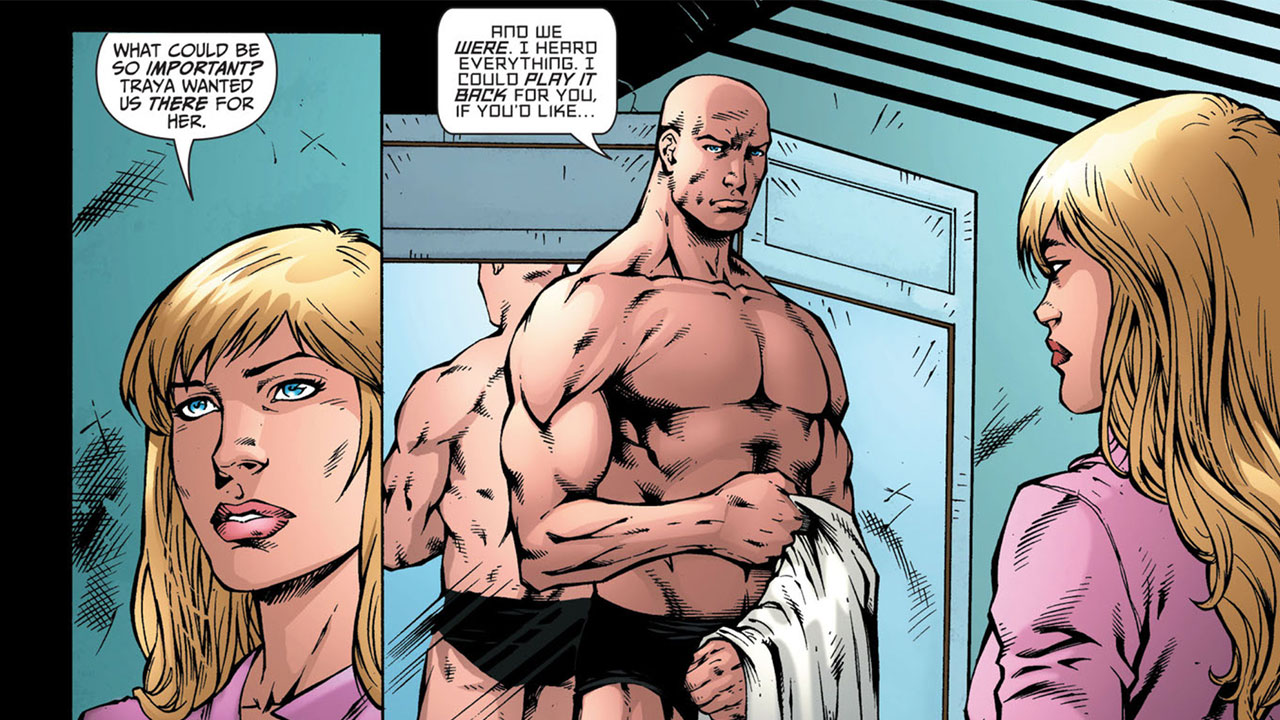 Talk about a literal chrome dome — or you could, if not for Red Tornado’s sleek red paint job. Like most of the one cybernetic heroes of the DC Universe, hair is a feature that never quite made it past beta testing. And also like many of them, Red Tornado longs for human emotion and connection. But on the occasions where Tornado has developed a synthetic human body to walk amongst man as one of them, he continues to forgo the hair. There’s an important lesson to be learned here, our balding brothers: for a being that strives for the essential human experience, hair is not even an afterthought. 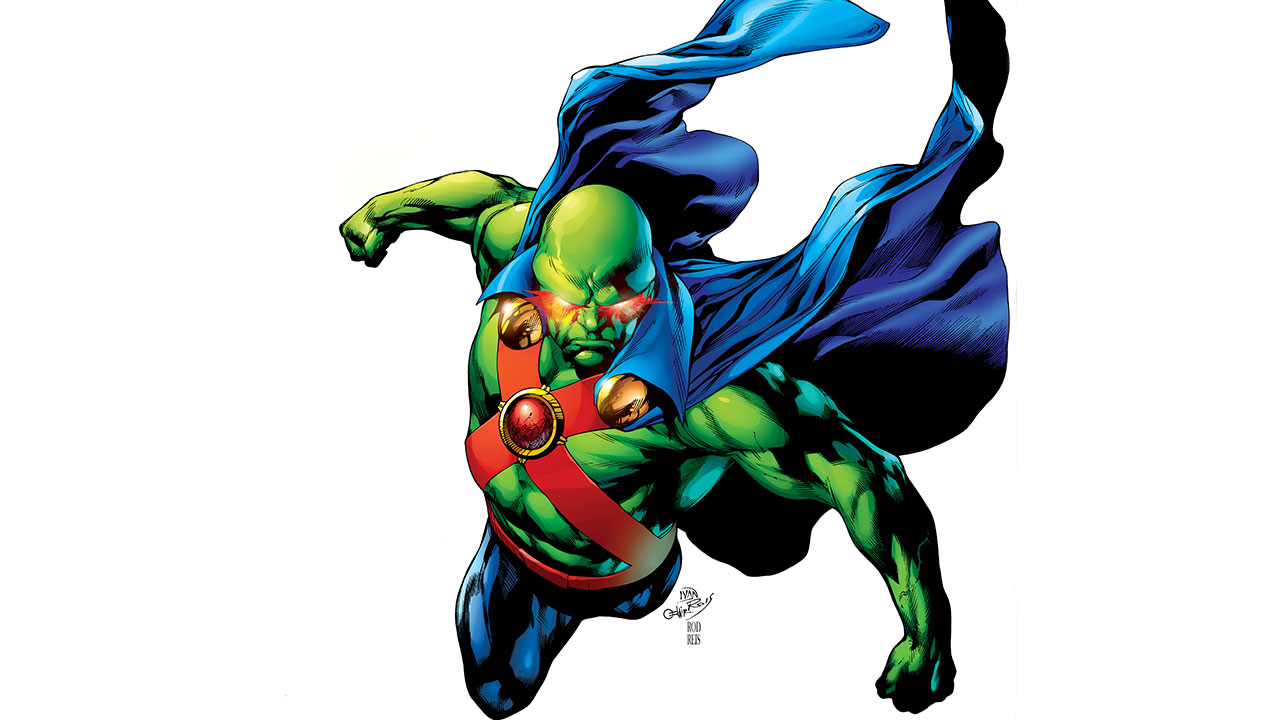 With comparatively few titles of his own for a full time Justice League member, J’onn J’onzz is a Martian who shuns the spotlight. Nevertheless, as the current team chairman, J’onn commands the respect of every hero in the DC Universe, and not a single thought is afforded to his hairlessness. True, as a Martian, hair isn’t a natural feature of his anyway. But as his niece M’gann proves, it’s a simple trick for a Martian to grow a luxurious head of hair as a means of blending in. And yet, J’onn feels no such compulsion, and even often forgoes hair when assuming a completely human form. With his verdant dome on full display, Martian Manhunter proves you don’t need locks to be a leader.

Like Metamorpho, Deadman’s hairlessness is the result of a horrible incident, which resulted in the loss of much more than his hair: perhaps first and foremost being his own life. You know, hence the name. As Deadman, Boston Brand assumes the form of the circus costume he wore in life, complete with bald cap. A warning, perhaps, to mind how one projects themselves to others, lest they become the monster of their own imagining. At least any time Deadman misses the sensation of running his hands through his hair, he can commandeer the body of a hirsute hoste whenever he wishes. There might be a statement to be made about dysphoria there, but we’re not touching it. 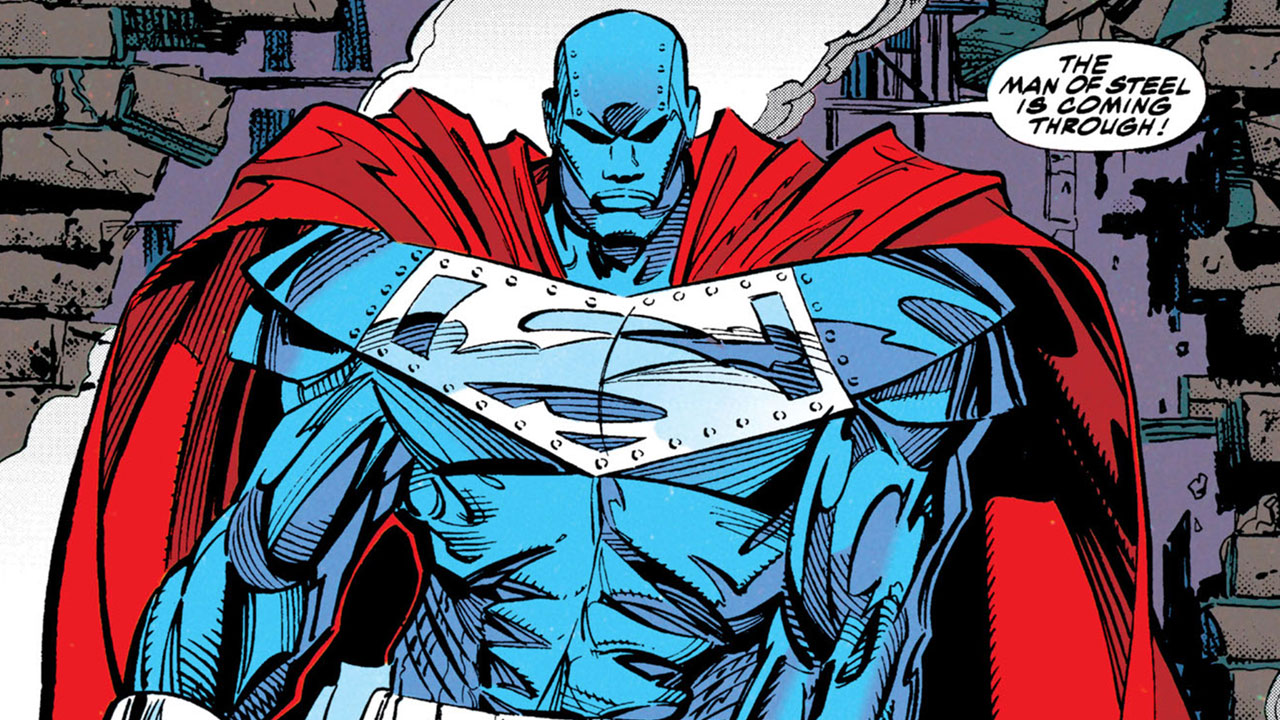 Is he bald? Does he shave? Only his bathroom mirror knows for sure. But as the spiritual heir to the Man of Steel in ‘Reign of the Supermen,’ John Henry Irons is the ultimate hairless hero. Even his bald pated plate mail belies a true dome of chrome, championing the hairless even as he conceals his identity. In fact, John’s finest hour arrives in the ‘52’ series when he answers the call once again to fill in for an absent Superman, and goes toehead-to-toehead against the ultimate bald baddie, Lex Luthor—and claims a decisive victory. Let it be remembered for all time that good may still yet triumph over evil in the Battle of the Bald.

Which chrome-domed hero is your favorite? Let us know in our Community!