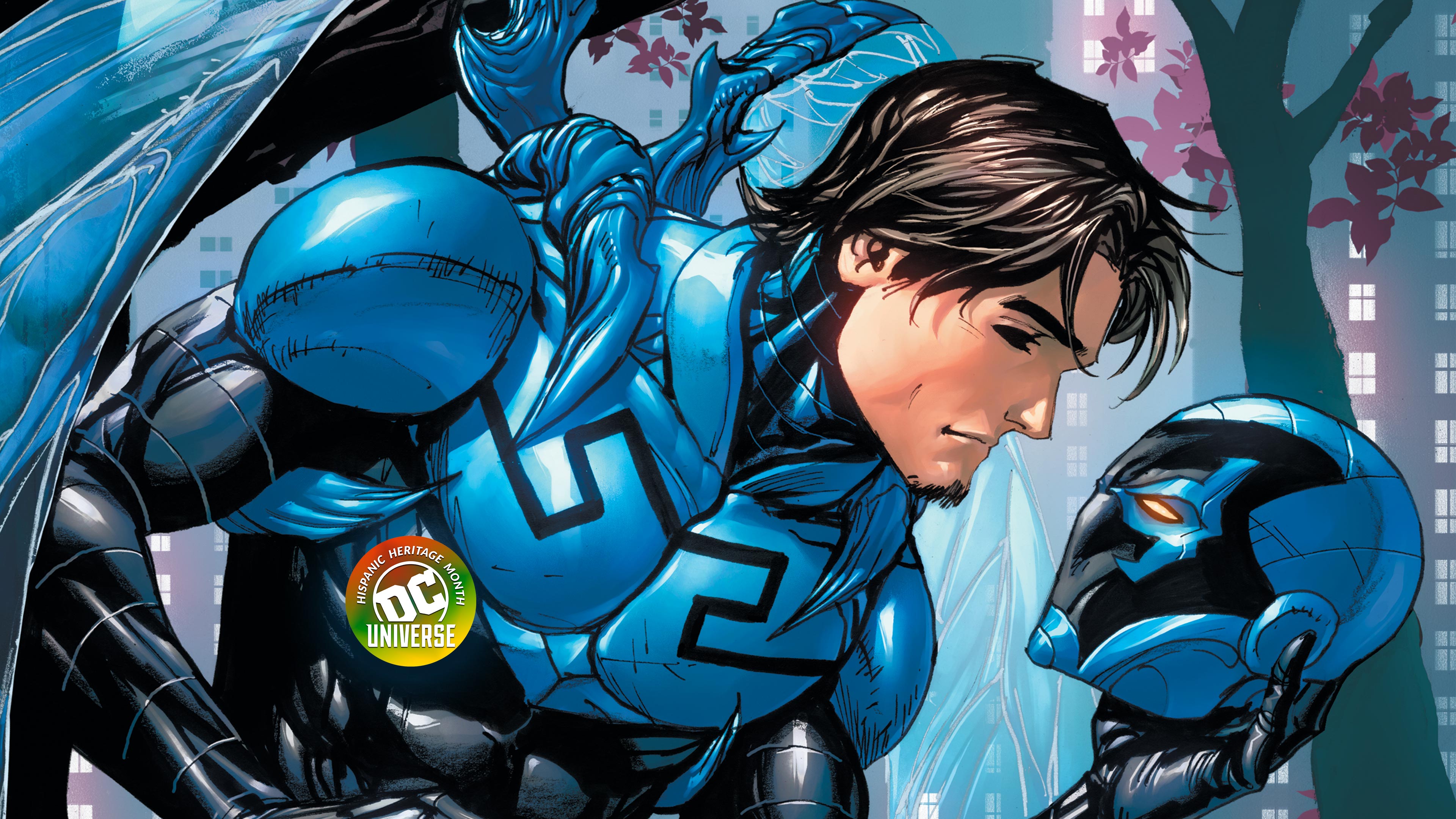 September 15th to October 15th marks America’s 30th annual Hispanic Heritage Month, and we’re celebrating all month long by recognizing the heroes who lend hope and inspiration to our Latino community. Two weeks ago, we profiled twenty Hispanic heroes from throughout the history of the DC Universe. But of all those proud characters who stand to represent their people, the most significant may be Jaime Reyes: DC’s original Blue Beetle. 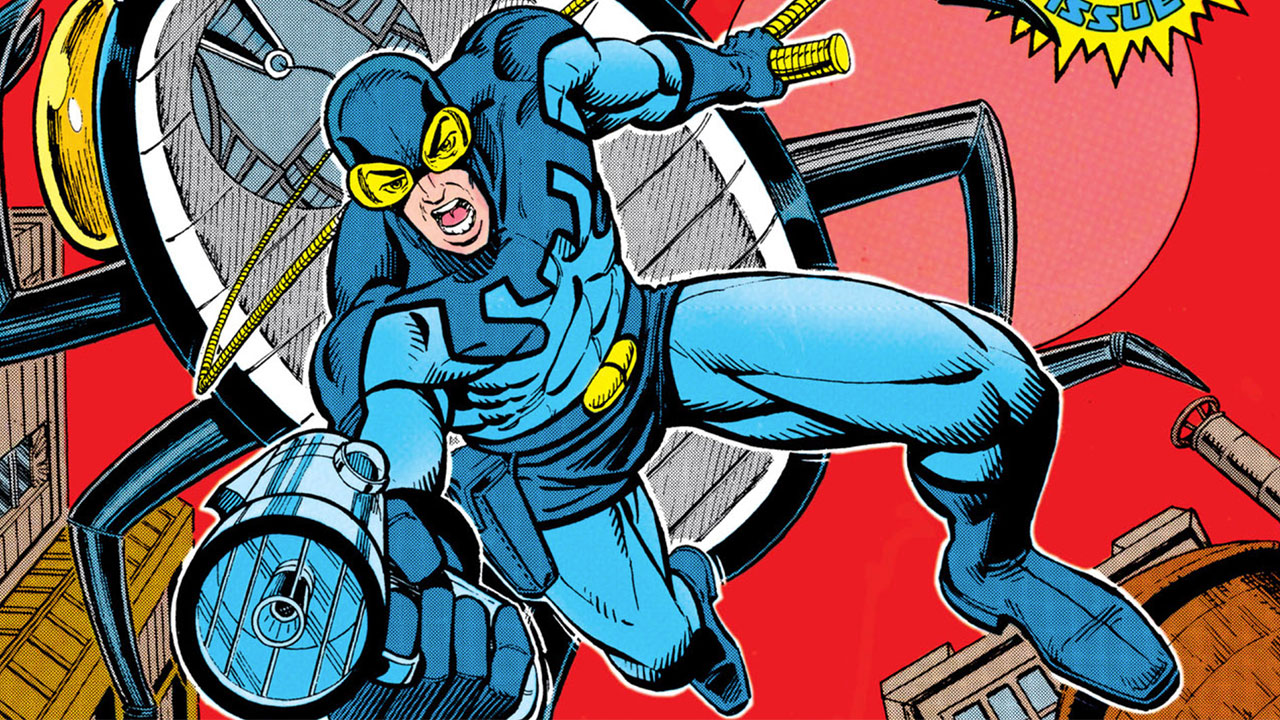 The mantle of Blue Beetle has been worn over many faces over the years, and by many publishers. The first Blue Beetle, Dan Garrett, was a product of Fox Feature Syndicate, which was defunct by the 1950s. The second, Ted Kord, was a Steve Ditko creation for Charlton Comics, who migrated to DC after 1986’s ‘Crisis on Infinite Earths.’ It wasn’t until 2006, 30 years after Blue Beetle’s DC debut, that DC put its own original take forward. This time, unlike the explorers and inventors of the mantle’s past, the holder of the Scarab would be a teenager. And for the first time in DC publication history, he’d be a Hispanic character leading his own ongoing solo title. 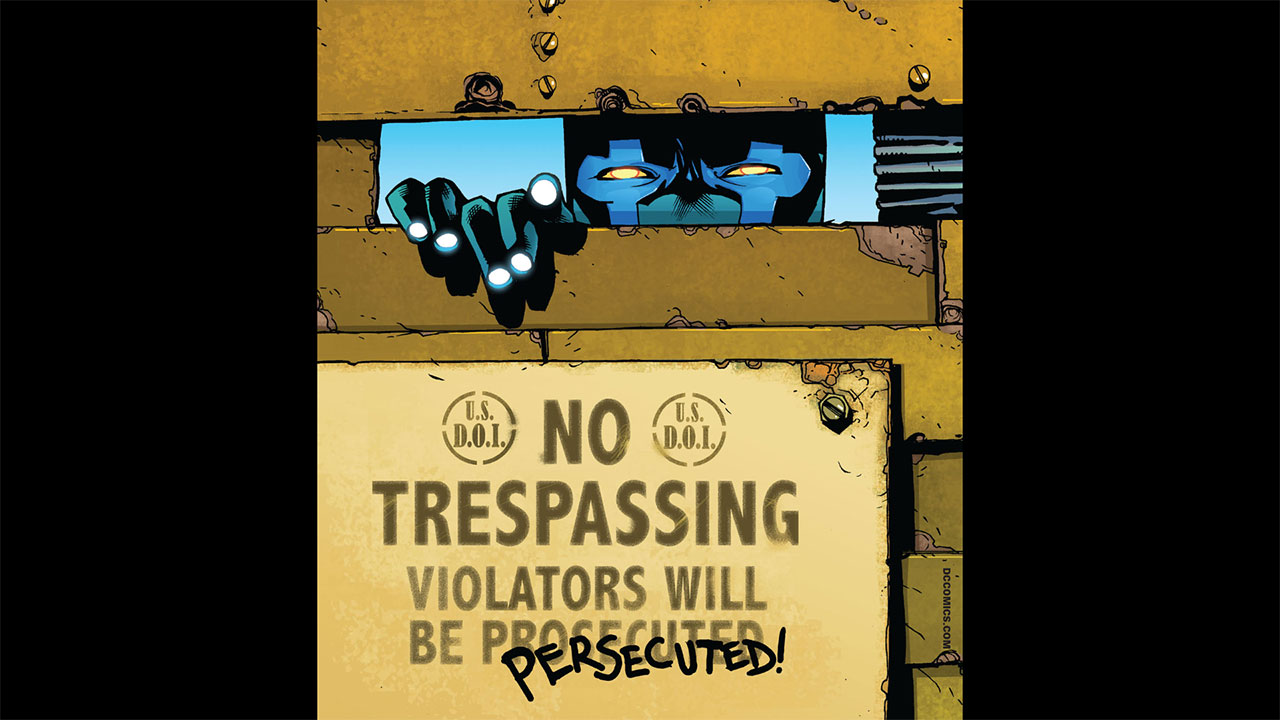 As the resident Super Hero of El Paso, Texas, Jaime didn’t just deal with the Madniks and mad scientists of his predecessors — he also dealt with issues many modern Hispanic teenagers finds themselves contending with. Jaime has a tight family relationship, which leads him early on to break all the rules of typical teen hero comics by coming out to his parents with his secret identity right away. He lives in a community wracked with income inequality, illustrated all too clearly by the chasmic difference between the living situations of Jaime and his best friend Paco when compared to their mutual companion Brenda. They’re subject to a minority-dominated environment generally ignored by the law, where an alliance with a gang like The Posse often feels like the only way to survive. 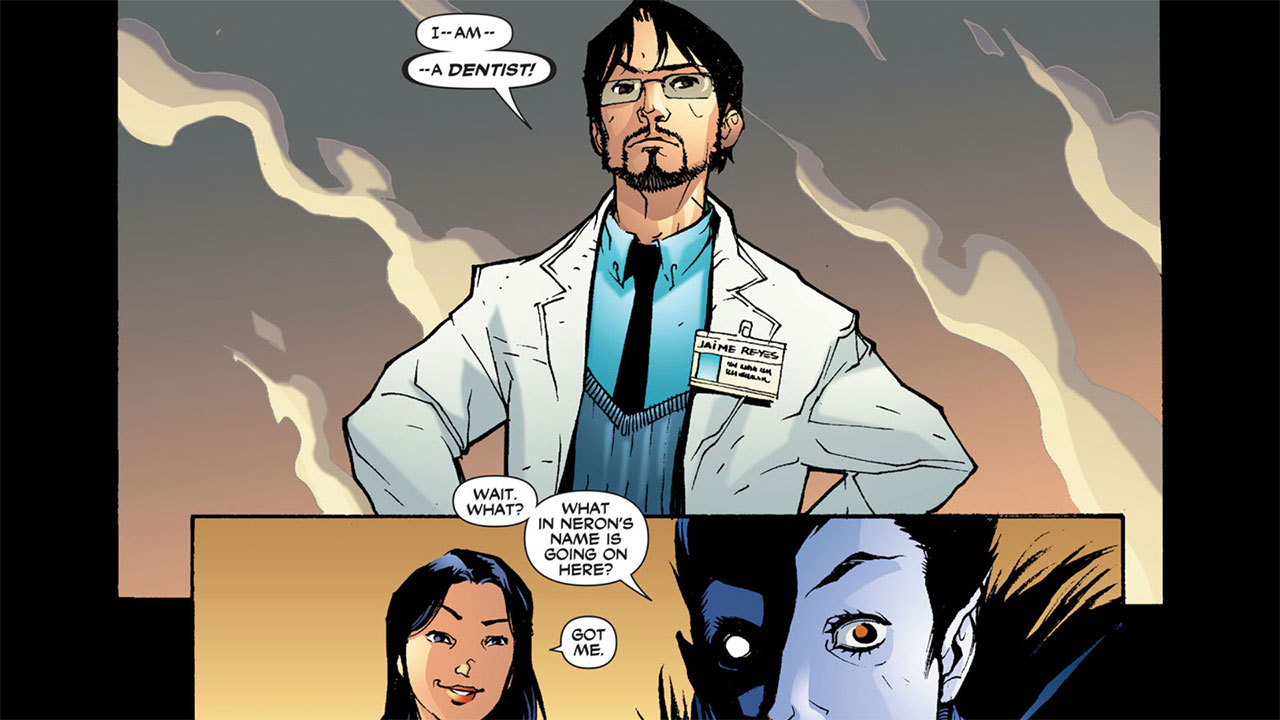 Jaime also had realistic, relatable goals that were unlike other super heroes — in an incident where Eclipso attempts to seduce Jaime with his wildest power fantasy, he emerges in the guise of no omnipotent alien god of magic, but as a successful dentist. (They make good money, which he can use to help put his little sister Milagro through college.) ‘Blue Beetle’ even tackles the embarrassment of flunking Spanish class when the teacher criticizes your “Spanglish.” For the first time, DC presented a hero that many young Hispanic readers could personally identify and engage with on a level which simply wasn’t an option prior to 2006. Indeed, the 2006 run included an issue almost entirely in Spanish, an issue that saw El Escarabajo Azul battling El Parásito to protect El Paso. 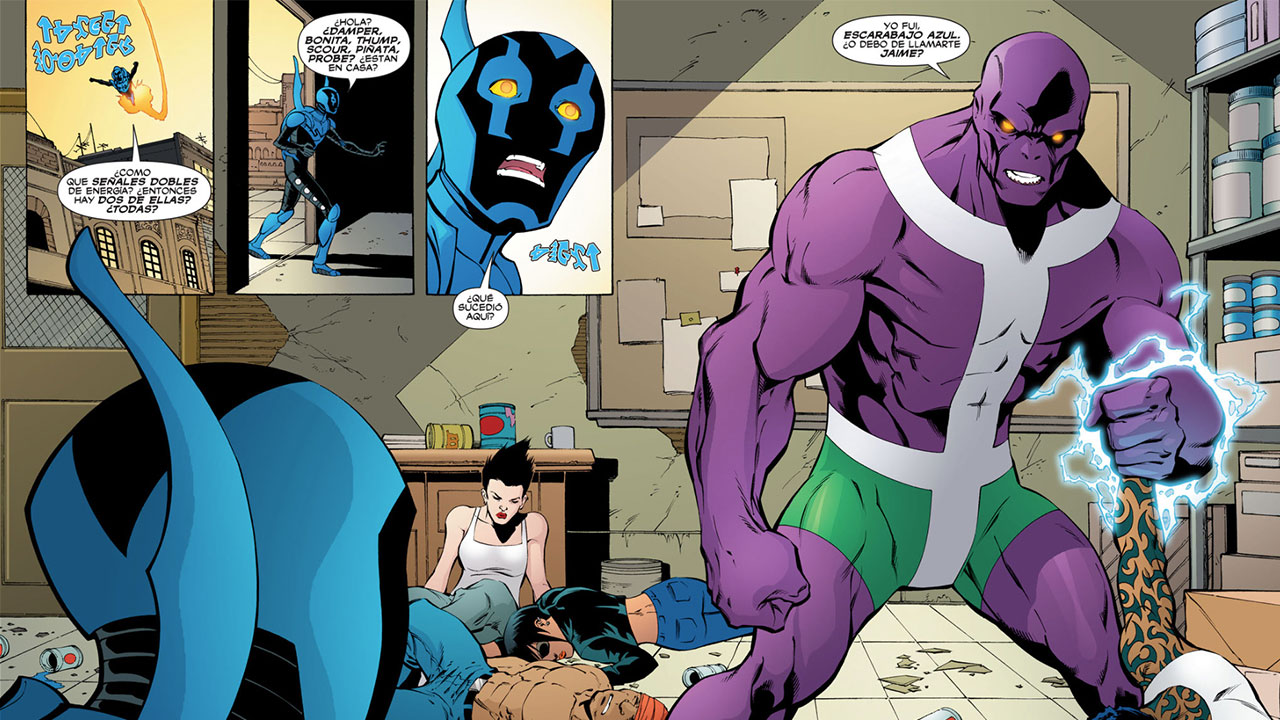 But maybe the most impressive facet of Blue Beetle is how it deals with the concept of immigration, and the opportunity to build a new life for yourself in the land of second chances. In that respect, ‘Blue Beetle’ is a uniquely Hispanic-American story… but instead of centering on Jaime, this arc is focused on his alien companion: the scarab, Khaji-Da. Subjected to a panic over alien invasion, Jaime and Khaji-Da worked together to overcome prejudices and prescribed roles to be the heroes they wanted to be — not the invaders which a jaded, bigoted world which had beenn foisted upon them as their presumed role. It’s a tale of redemption, cooperation, and triumph so powerful that it transcended the comic book page. Jaime and his scarab’s relationship went on to form the emotional spine of ‘Young Justice: Invasion,’ the breakout hero in a cast of scores. 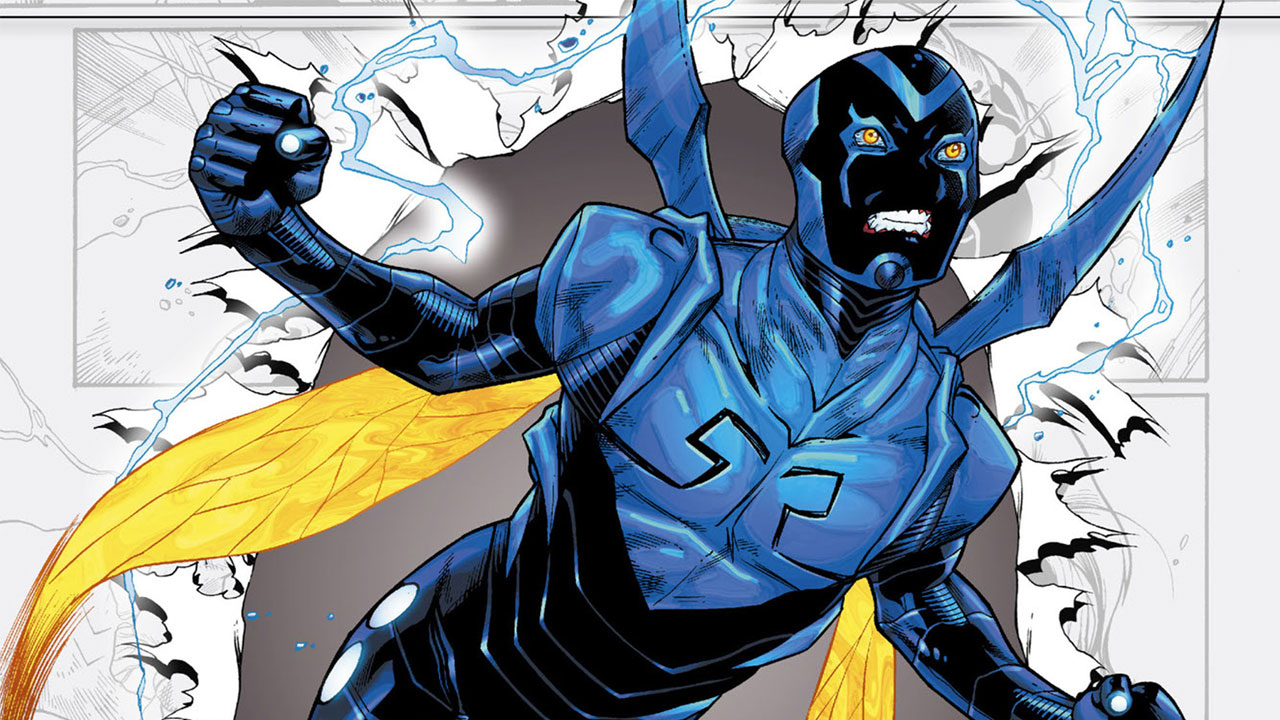 In our community, @MattMcDonald recently led a discussion for one of our many weekly book clubs focused on the first six issues of the series. If you haven’t considered it yet, this Hispanic Heritage Month would be the perfect time to check in on the Blue Beetle of the 21st century. After all, isn’t the power of community what Hispanic Heritage is all about?

What's your favorite Blue Beetle story? Talk about it in our Community!