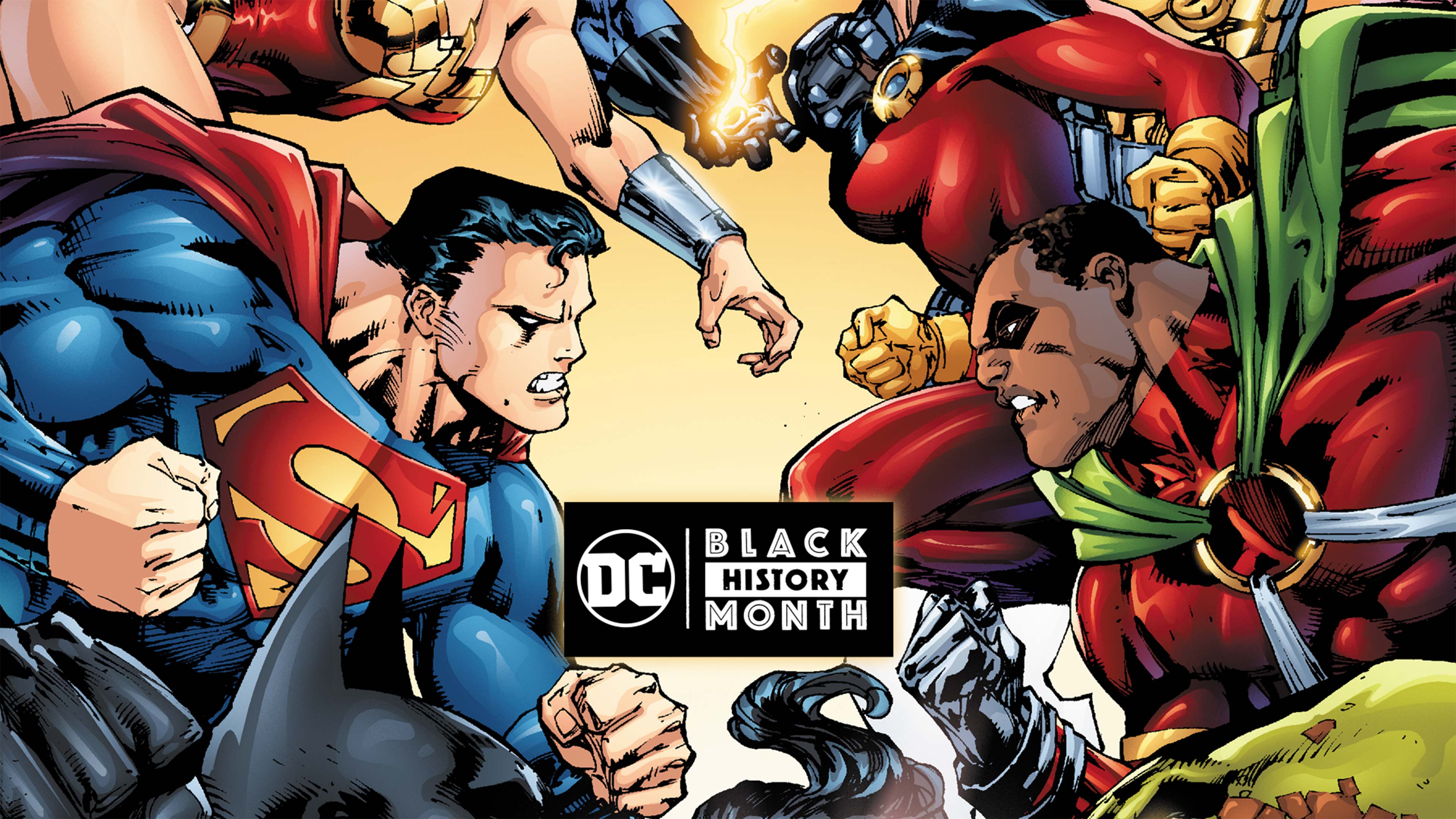 Earlier in our celebration of Black History Month, we discussed the “Worlds Collide” crossover between the Milestone characters and the Superman books. That storyline ended with both worlds resuming their business as usual with the presumption that the crossover was with fictional characters. This time however, worlds would collide in different ways in the pages of Justice League of America.

During Dwayne McDuffie’s run on the book, the team was diversified with more active women and more black characters present. John Stewart and Vixen might’ve been added due to their popularity on the animated series Justice League: Unlimited, but other characters like the Jason Rusch Firestorm and Black Lightning would see much more page time than they’d receive solely from their individual books. Additionally, Black Canary was eventually made team leader, and would include Zatanna, the Kendra Saunders Hawkgirl and the Kimyo Hoshi Dr. Light. It was a very dynamic team roster, which allowed of a lot interplay and sparks to fly between different members. 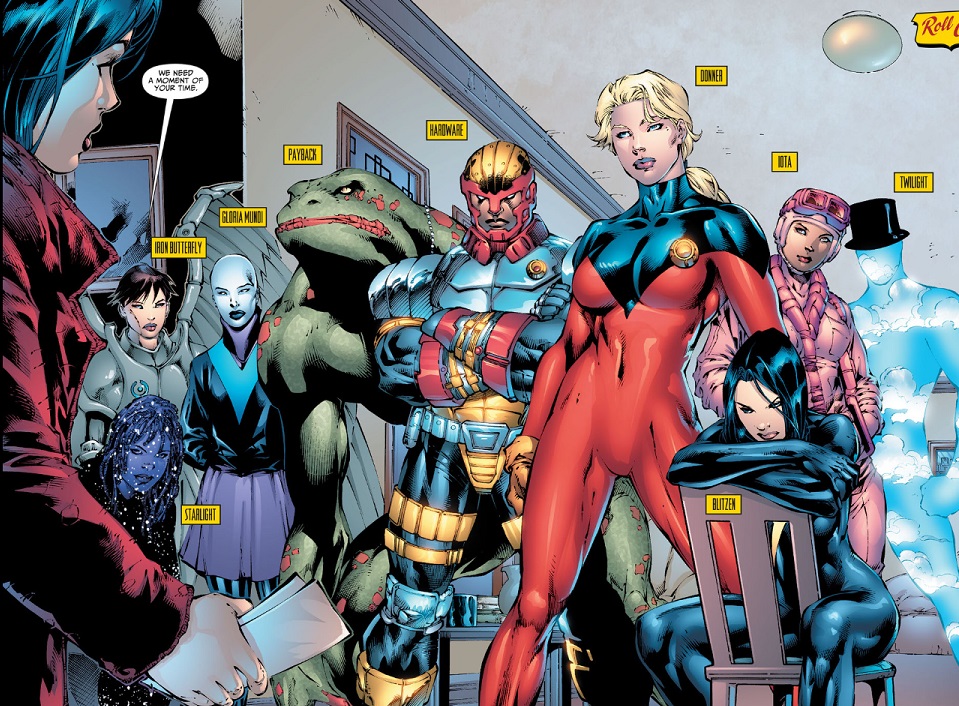 In issue #27, Kimyo returned home from work only to find members of the Shadow Cabinet waiting for her instead of her children. Desperate due to the sudden visit and fear for her children’s safety, Kimyo tries to attack but is frozen in place by Hardware, but not before activating her JLA signal. Superman, Batman, Wonder Woman and Black Canary all rally the team to trace the signal, splitting up by following two energy sources. While SC members Payback and Starlight held part of the League bay at Kimyo’s house, the rest of the group fought Superman and the others at the Hall of Justice. There, Icon arrives whom Superman remembers from their battle during the Worlds Collide event. 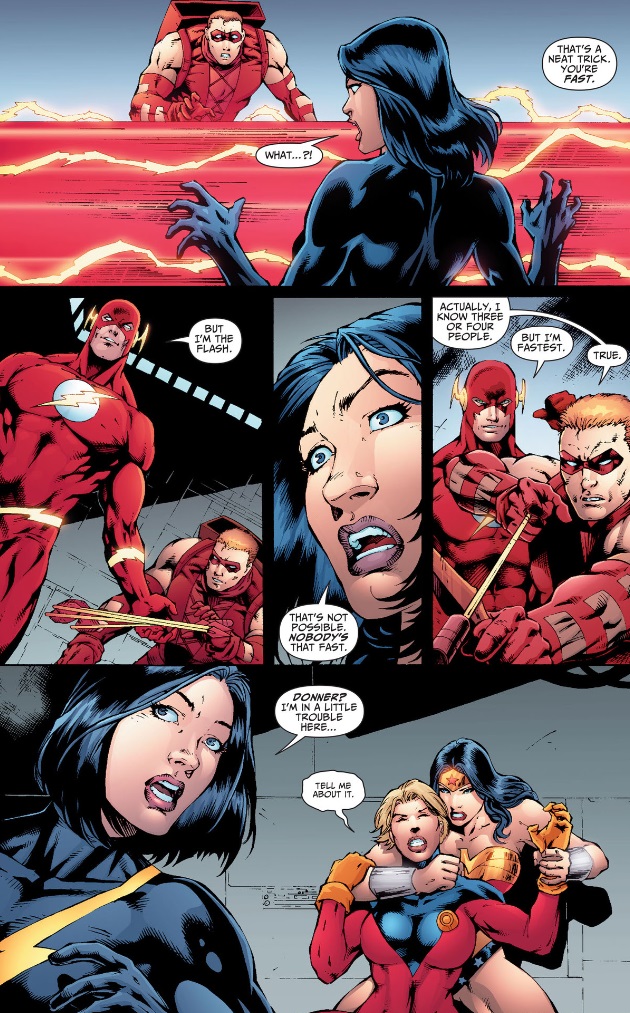 Hardware explains that the Shadow Cabinet’s teleportation device Shadowslide was taken and they’re sent to return it for Dharma, their mysteriously powerful benefactor. A fight ensues with the Shadow Cabinet surprising the League at first, but with members like Wonder Woman and the Flash present, it quickly becomes apparent that they’re hopelessly outmatched. While the League kicks the Cabinet’s butt on the ground, Superman and Icon reside up in space, calmly waiting the fight out. It’s revealed that Icon contacted Superman earlier to detail their plan, and schemed to fake a fight in order to satisfy Dharma. Superman is suspicious, but places his trust in his Milestone equivalent.

Back at Kimyo’s house, Rocket arrives with a repowered Dr. Light, and they transport to the Hall of Justice to cease the fighting. By this time, Hawkman arrives, followed by Shadow Thief who’s stolen the Cabinet’s Shadowslide tech and conjures up shadow-forms of the League to distract them while dooming the planet Earth with a shadow-form of the Moon which will collide in three minutes. Superman, Batman, Starlight and Hardware quickly talk strategy, settling on Superman flying at the speed of light and smashing into the shadow-Moon. He survives the explosion, but in the aftermath of the chaos the Shadow Cabinet return to Dharma with the Shadowslide. The League is left not fully trusting the Cabinet, but understanding that when the crunch was on, they could be counted on to help save the day.

This crossover opened the floodgates to even more interaction by Milestone character into the DCU, with Static assisting the Teen Titans during the One Year Later storyline, and Hardware popping up during the New 52 Era.

Who are some of your favorite Milestone characters? Talk about it in our Community!