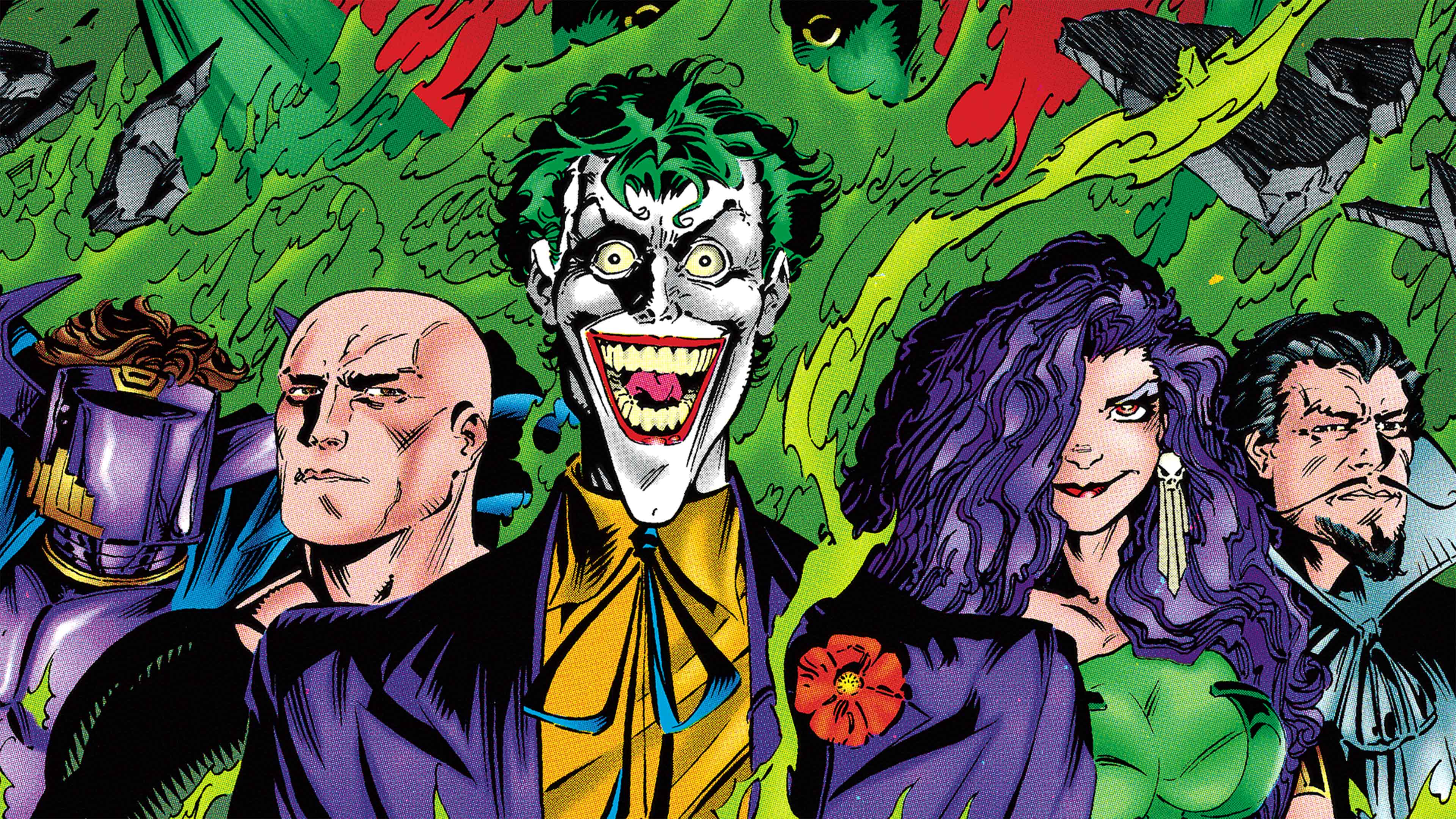 Despite its name, the 1995 crossover event Underworld Unleashed does not feature a leather-clad vampire in a war against the werewolves. It does, however, feature leather-clad heroes engaged in battle with the Devil. This mid-90s dark fantasy adventure is exactly what people need to scratch that itch left by the absence of TV's Supernatural. While the Winchester Brothers aren’t in it, there’s enough quips, deceit, and demons to make you feel like the show is back on the air. And the best part? You don’t even have to sell your soul. 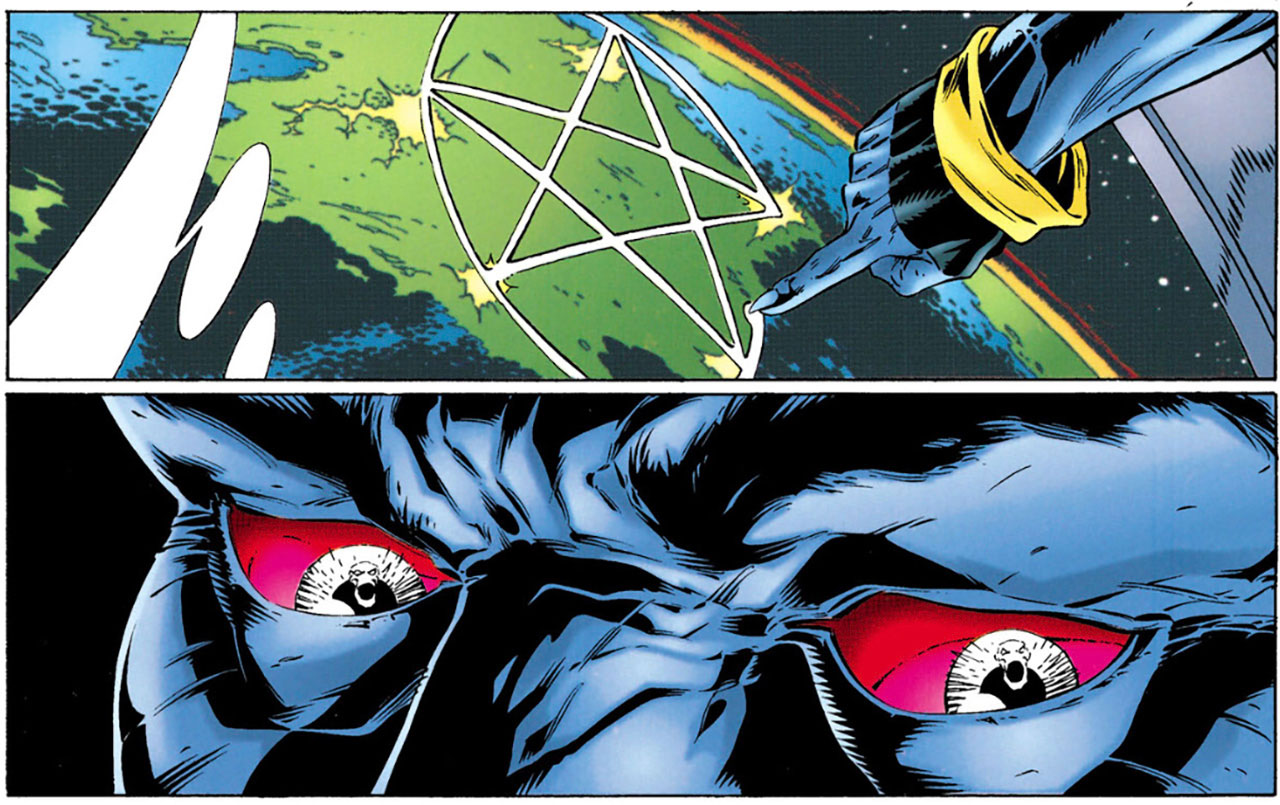 The Rogues simultaneously set ablaze five different sites around the world. The Justice League is quick to contain them, but in the chaos fails to notice the bigger picture. The fires form a pentagram and cause the evil demon Neron to be “unleashed.” He assembles almost all of the DCU's villains and offers to grant them their deepest desires in exchange for their souls. Many reject his offer and leave, but some stay -- among them, Lex Luthor, The Joker, and even Killer Moth.

Drury Walker, aka Killer Moth, pulls a Brundlefly and mutates into the fierce and terrifying Charaxes. Lex Luthor exchanges his soul for health and in true Joker fashion the Clown Prince of Crime simply asks for a box of cigars. 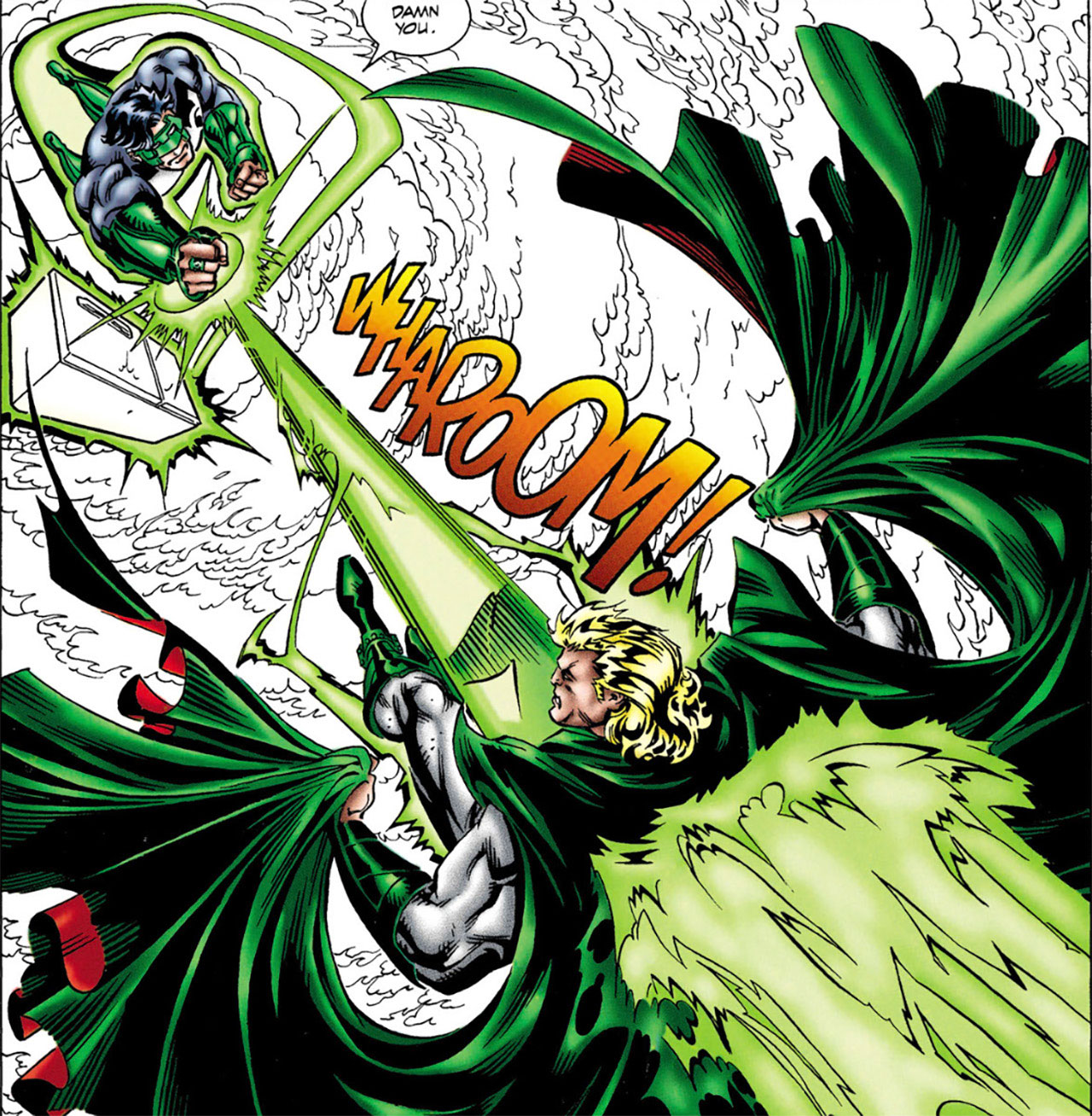 Neron's power grows stronger the more folks he conquers with temptation, including Mr. Freeze, The Ray, and The Spectre. The Trickster, however, is not so easily swayed. He volunteers as Neron’s servant, but only as a ruse to stop the hellish villain.

Elsewhere, the heroes fight a losing battle. They need to find the one among them with the purest soul before Neron does. Could it be the Man of Steel? The only problem is that Superman is off-world! Is there another? Can the heroes save themselves and the universe from Neron’s grasp? Can the Trickster convince the heroes he’s on their side? Find out in the tale's exciting conclusion! 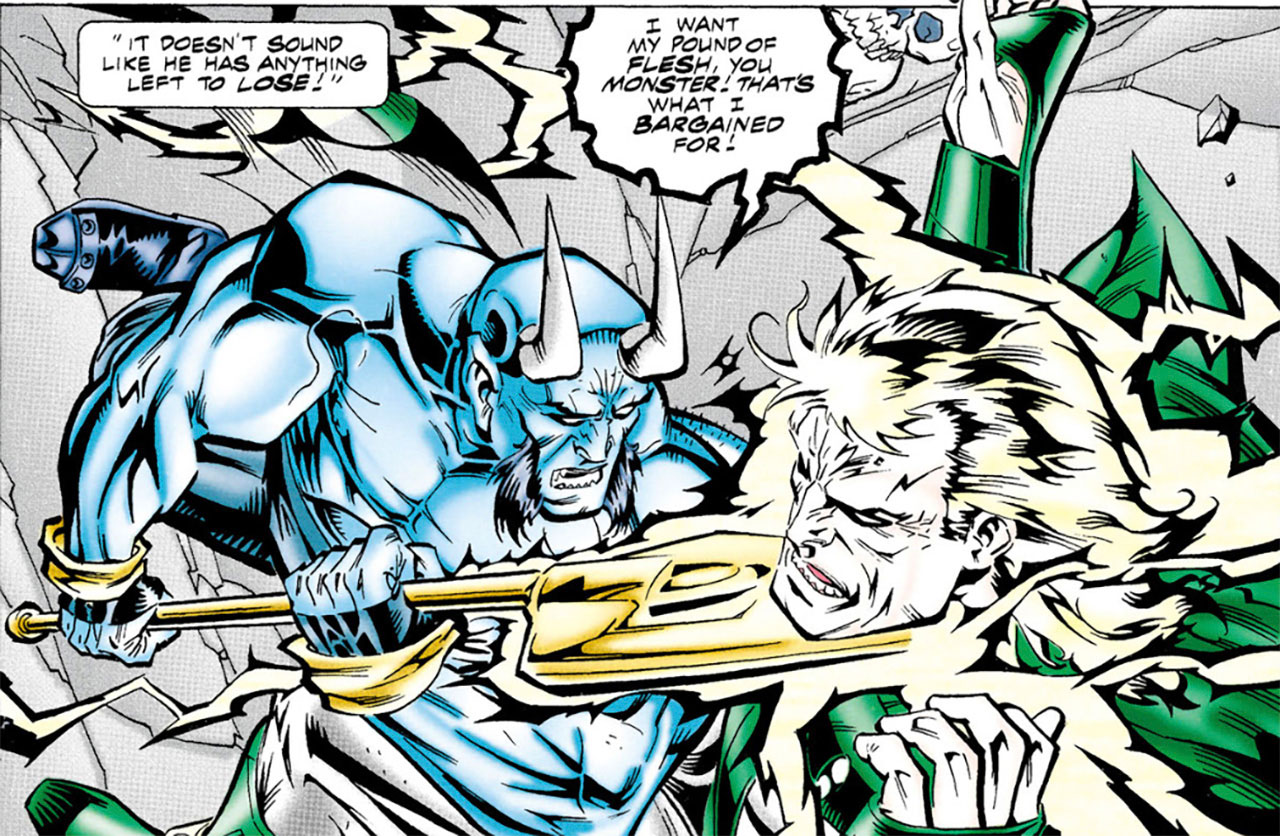 It’s intriguing to see which characters give into Neron’s guiles. The heroes and villains involved are well thought out, and the story gives a different lens through which to look at the DC Universe. Temptation, we learn, can be a cruel mistress.

Each piece of this epic is a vignette featuring a different character’s history. From Batman seeing Jason Todd alive to Barbara Gordon being able to walk again, there's a cinematic quality to Neron’s temptations that make him appear all the more deadly. Each character’s desire and ultimate decision is also well done and unique to each individual. 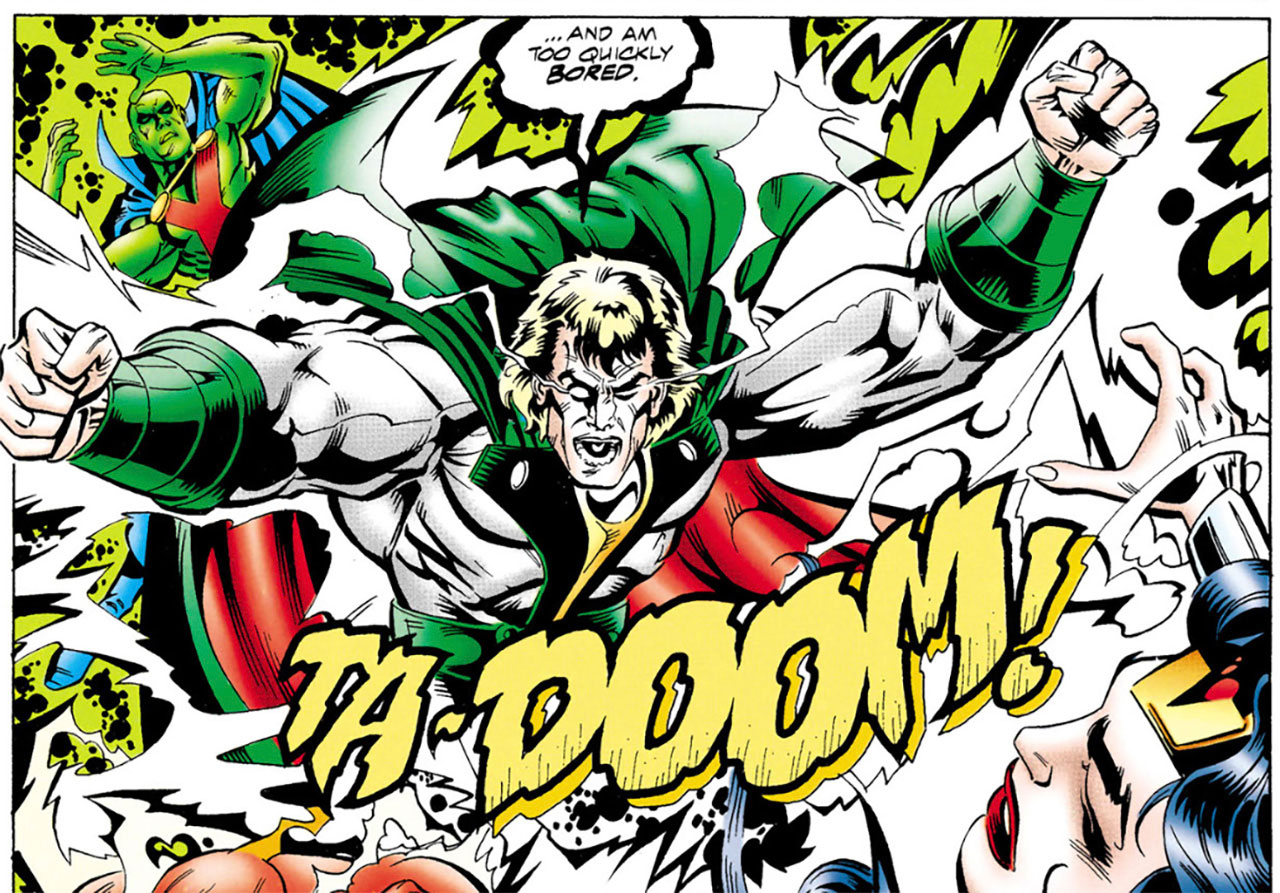 DC deals with the Devil. Need I say more? But seriously, it’s a compelling story, and the crossover's various tie-ins give additional insight into what Neron offers each character. These issues function as superhero-themed Twilight Zone episodes.

The Devil is in the details and this series is full of them! Rather than fighting Neron head to head, many of the characters wrestling with past demons or innermost wishes, and it's interesting to see which characters fall prey to devilish wiles. Some do it to save their loved ones while others are more selfish in their motives. Predating the supernatural/dark fantasy TV craze of the early 21st century, the series was ahead of its time and has only gotten better with age.

What would you trade your soul for? Let us know in our Community!