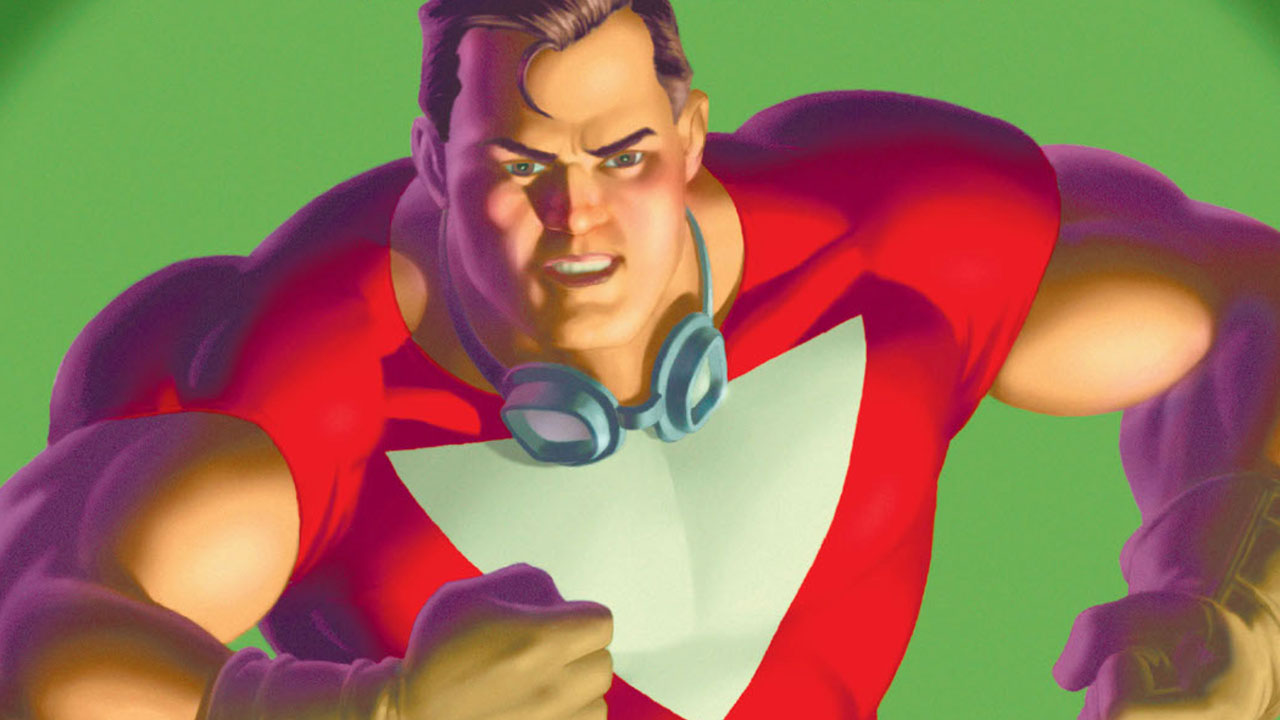 We look at one of writer Alan Moore's most underrated gems.

Binge This: TOM STRONG Is Alan Moore's Own Answer to WATCHMEN

Most of our “Binge This” articles showcase one of many ideal starting points for comic book readers of any level of experience, all from our library of over 23,000 comics and still growing. Today, however, we’re showing you something a little different… this book is for the advanced comic book reader who’s seen it all. Who may have experienced some fatigue, even, and is ready for a reason to fall in love again. For a comic book that brings the experienced fan back to their roots, nothing in the vast multiverse is quite as adept at plumbing the core building blocks of the superhero genre quite as Alan Moore’s TOM STRONG.

In 1986, writer Alan Moore and artist Dave Gibbons changed the comic book landscape forever with WATCHMEN, a polemic on the darkest underpinnings of the superhero genre, and the unstable psychology which bears it. This deconstruction would inform mature, cynical, realistic takes on superheroes for the next several decades, endlessly iterating an idea that was perfectly stated the first time. The problem with endless deconstruction is that, once it’s done, there’s supposed to be RE-construction. Exposing the problems inherent in the superhero mythology doesn’t mean it’s all worthless. As any of us reading this can attest, there’s a positive power to comics and their heroes which draws us in and inspires. Just as there is darkness, there is light. But after exposing the hero ideal as a dangerous fantasy in WATCHMEN, how do we rediscover the joy? In TOM STRONG, Moore provides the answer: by taking us back to the very beginning. 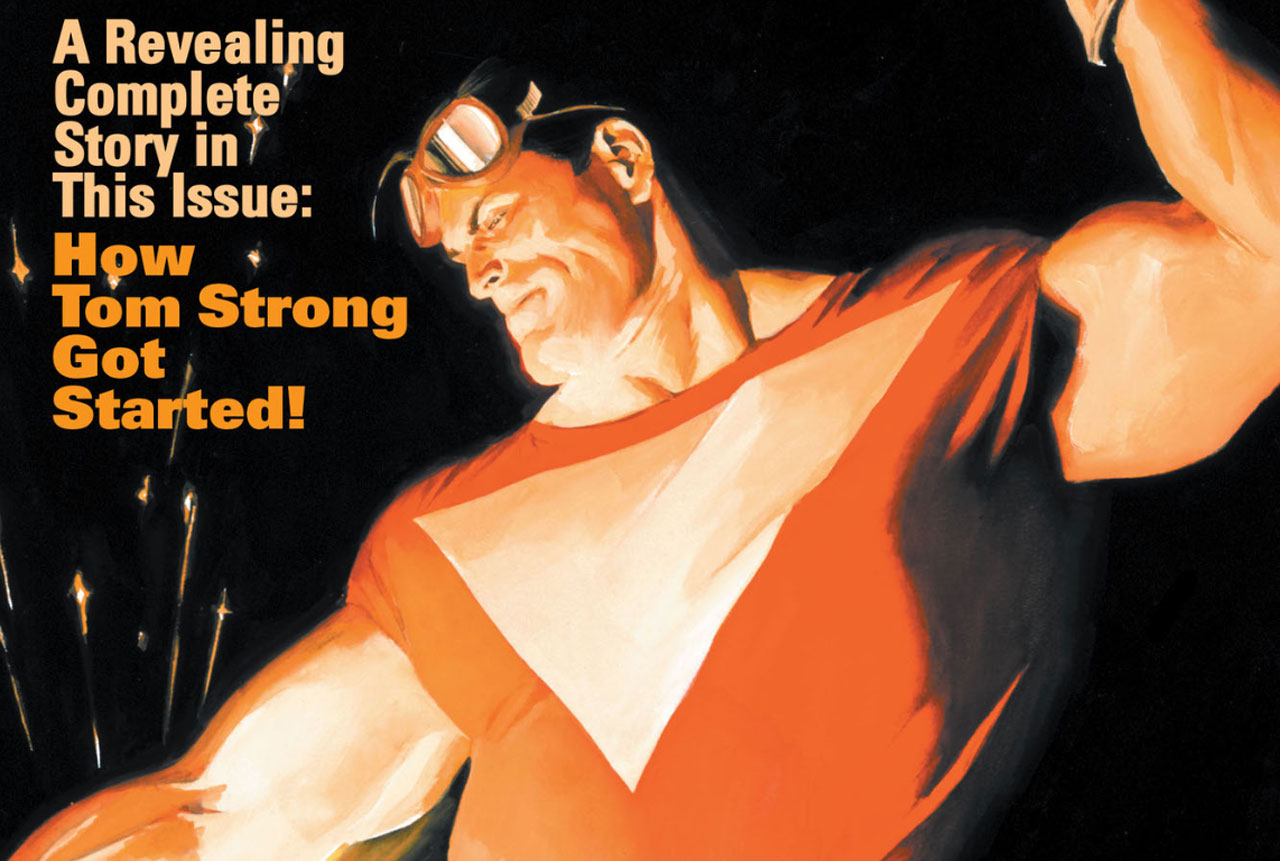 Tom Strong was a brand-new character introduced by Moore in 1999, and yet he felt intimately familiar. This is by design, of course: Tom Strong was designed to invoke the pulpy adventure heroes of the early 20th century like Doc Savage and the Phantom, who defined the comic book tropes we know by heart even before Superman took his first leap over a tall building in a single bound. Moore’s immortal hero would experience the entirety of the 20th century, growing up with the staples of comics as we know them now: sci-fi retro-futurism, adventures in time and dimensional travel, superhero team-ups and generational super-villain rivalries, and even funny talking animals are all given their due in TOM STRONG, as much a love letter to American comics as WATCHMEN was a damnation. The real strength of TOM STRONG is not the showcasing of these individual eras and ideas in 20th century comic book culture, but in conveying that entire century-long zeitgeist as a single whole. Every comic is part of the same story, etched uniquely across every reader’s heart. TOM STRONG is a pure, unbridled expression of why Alan Moore loves comic books. And everyone who’s written Tom Strong since connects to him as an avatar of their own love for the medium and the genre. 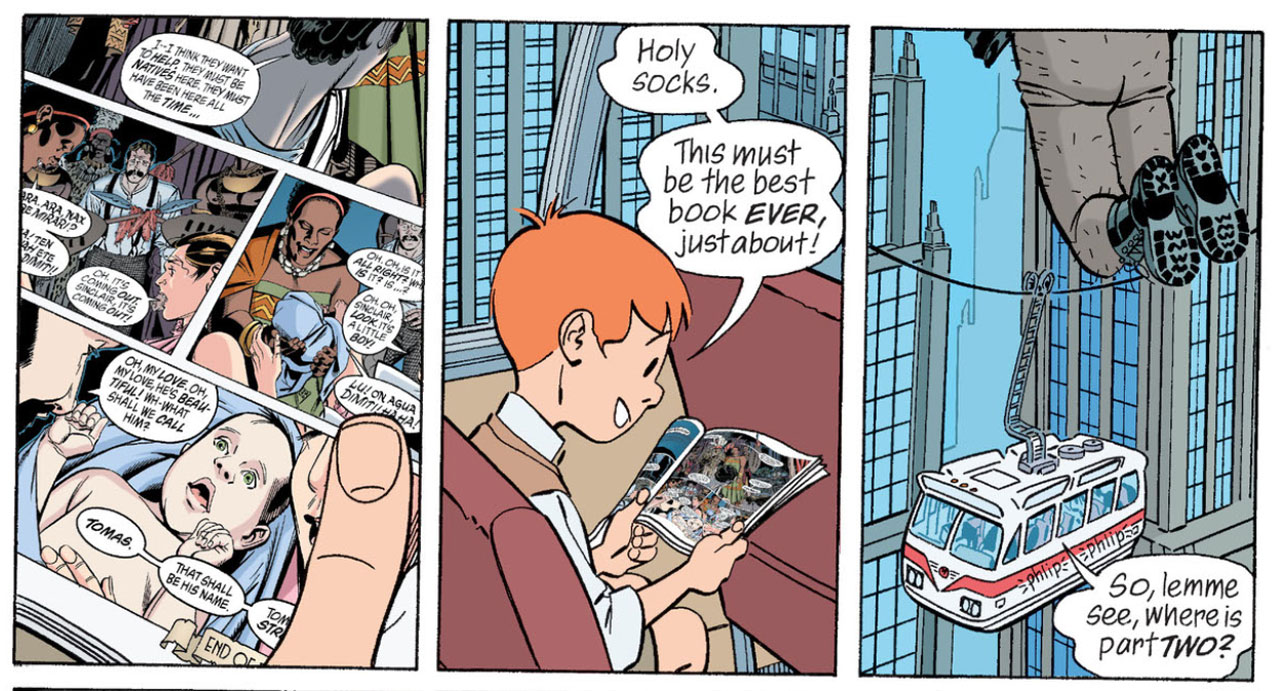 FAMILIAR, BUT NOT TOO FAMILIAR: Every issue of TOM STRONG invokes another convention of comic books. But while it treads known ground, the path Moore takes through it is always one of thoughtful consideration which presents new angles that, if not quite subvert, expose elements of the genre which had always been waiting for the right story to bring them out. TOM STRONG never denounces -- it enriches.

BELIEVE IN HEROES: Unlike the problematic figures of WATCHMEN, Tom Strong represents the best of what a hero can be. Although born and raised in dire circumstances, Tom Strong is all about what the best heroes represent: the ideal that all of us should use the gifts we’re given to make the world a better place for everyone around us.

HOMAGE COMICS: If you’re an experienced comic book reader, every issue of TOM STRONG rewards you with easter eggs, tributes, parodies, and references ranging from the cover of MARVEL FAMILY #1 to CRISIS ON INFINITE EARTHS. Anyone can find something to love in TOM STRONG, but this book is one clearly written with the Graduate Class of the DC University in mind. 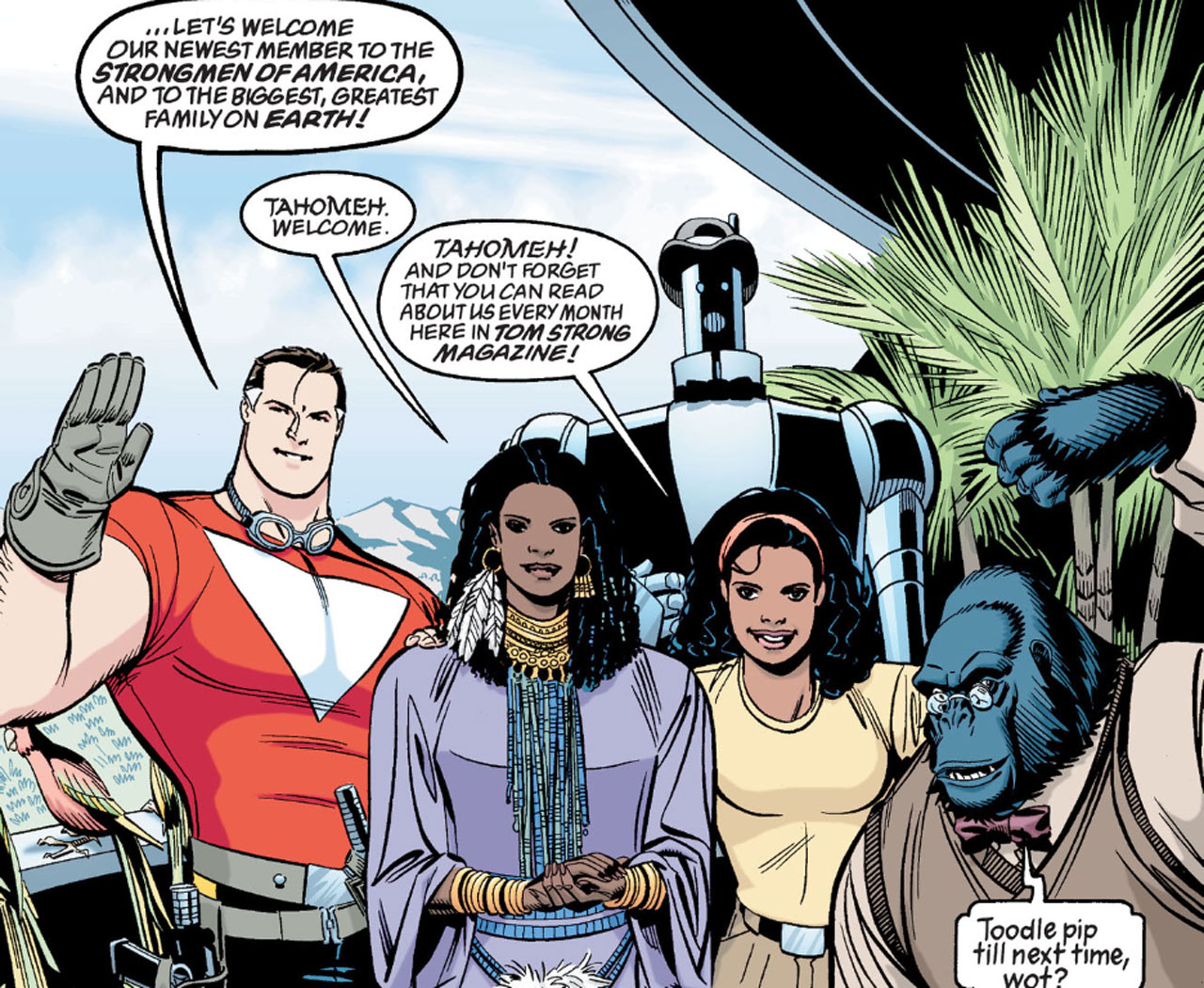 Unlike WATCHMEN, the sprawling world of Tom Strong and its homiletical ode to the superhero comic book genre in all the forms it’s taken was never meant to be self-contained. It was built to grow and flourish under some of the most respected talent in the industry, up to and including Alan Moore’s own daughter. Moore’s tenure on TOM STRONG encompassed the first 22 issues, but the story didn’t end there. Celebrated writers such as Geoff Johns, Brian K. Vaughan, and Ed Brubaker all took their turn in the “ABC”-verse after Moore left his mark. Alan Moore himself oversaw the expansion of Tom Strong’s world through series like TOP 10, TERRA OBSCURA, and the universally acclaimed PROMETHEA. And when the time came for the final chapter in the Tom Strong story, Moore returned to the book which began it all with one final issue, tying the world’s progenitor into the cataclysm depicted in PROMETHEA’s own final pages… that is, until a surprise resurgence in THE TERRIFICS. But that, perhaps, is a “Binge This” piece for another day.

Are you ready for more, more, Moore? Share your love for America’s Best Comics in our Community!