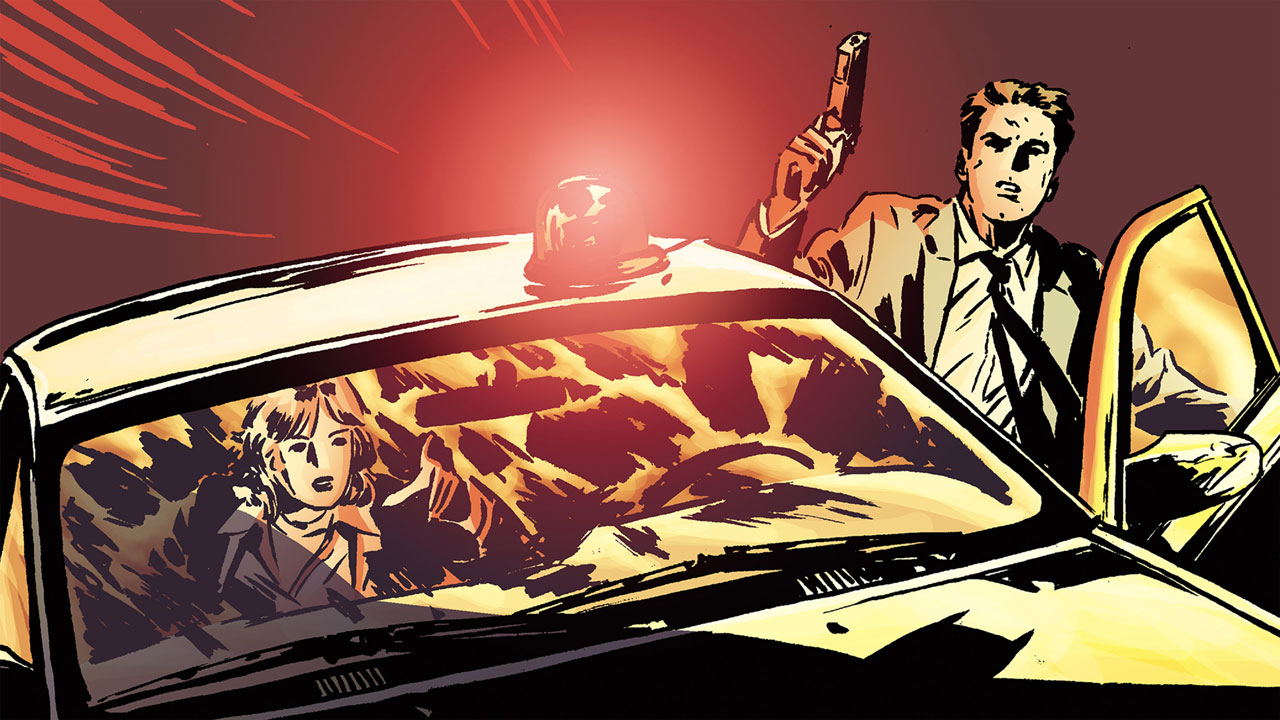 BINGE THIS: GOTHAM CENTRAL Depicts the Other Side of Comic Book Justice

With news of an HBO Max TV series featuring the Gotham City Police on the horizon, fandom is wondering if the show will wind up adapting one of DC Comics’ finest exports -- the award-winning comic series Gotham Central. 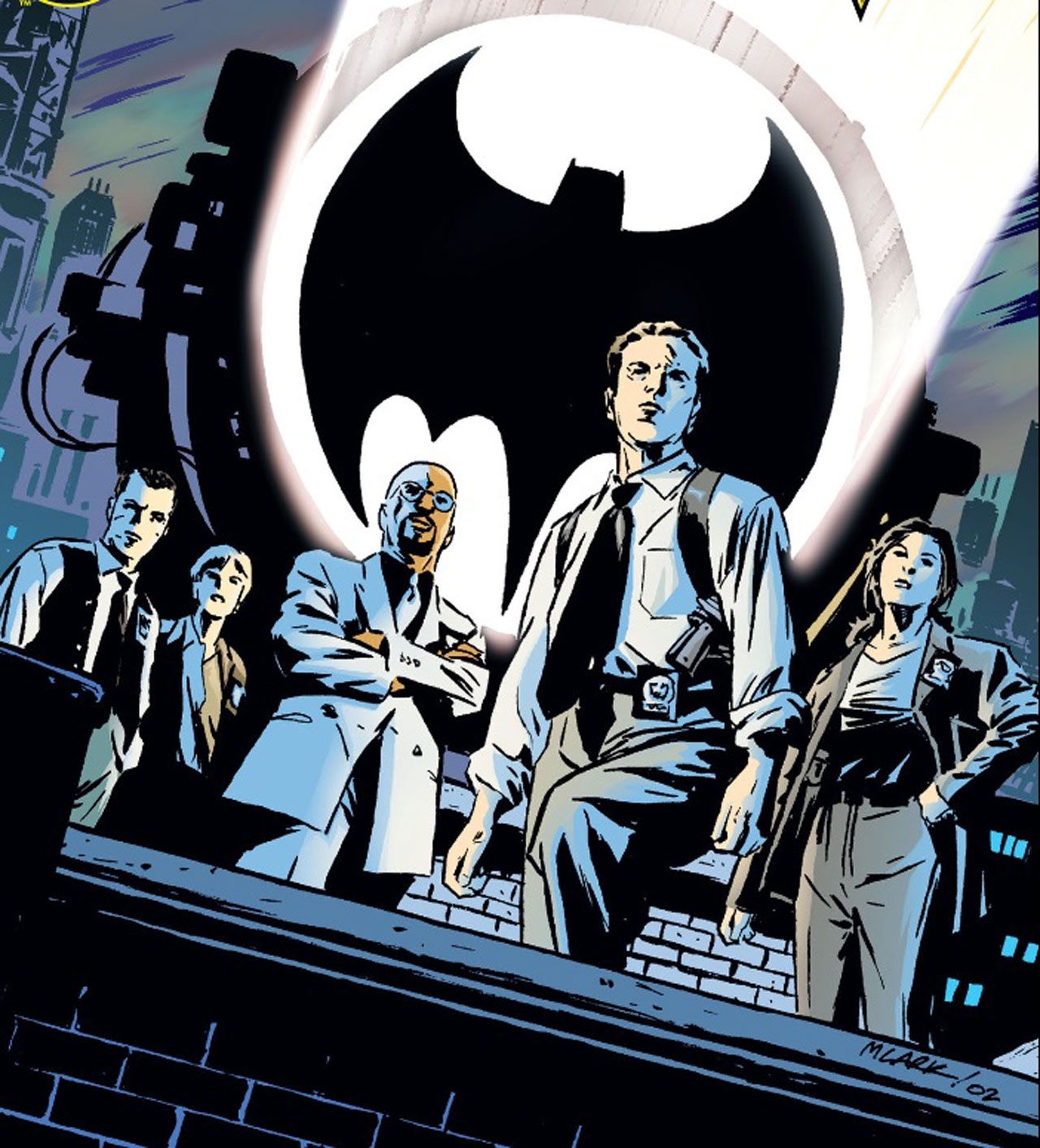 In the aftermath of the fan-favorite "Officer Down" storyline in the Batman titles, writers Greg Ruck and Ed Brubaker wanted to follow it with a look at the day-to-day adventures of the GCPD. The two divided their stories between the day and night shifts of the Major Crimes Unit, which included Batman: The Animated Series character Renee Montoya and her new partner, Crispus Allen. Other officers included Marcus Driver, Romy Chandler and Josie MacDonald. Though the eyes of this team, Rucka and Brubaker shined a light on the trials and tribulations of police work in a crime-ridden superhero city. The series' first storyline chronicles their encounter with Mr. Freeze, who kills an officer in the line of duty. Later encounters with the Mad Hatter, Firebug, The Joker and Two-Face showed the complications of detective work when dealing with the psychoses of super-villains, and while playing second fiddle to a caped crimefighter who routinely goes outside the law. 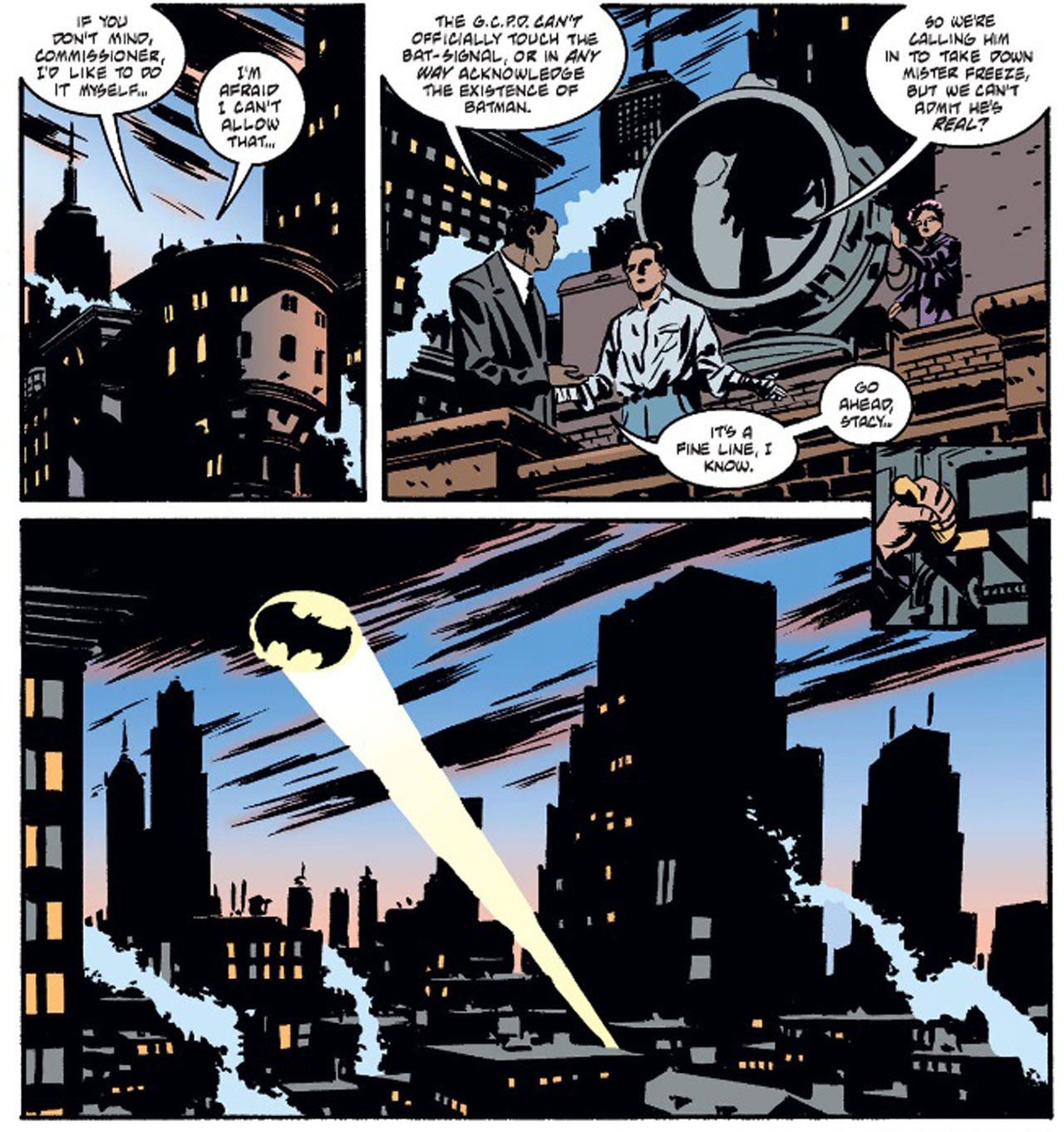 The series succeeds on two levels. First, it’s a terrific cop drama. The GCPD is notoriously corrupt, but the Major Crimes Unit, captained by Metropolis transplant Maggie Sawyer, is the last bastion of altruistic policing. We see how the detectives work against jealous, less scrupulous policemen and women, pressures from the mayor and new commissioner, the media, and the constant threat of super-villainy.

Even more interesting is the effect Batman and other costumed characters have on the police. An outlaw often relied upon but warily endorsed by law enforcement, the Dark Knight's Bat-Signal is strictly forbidden from public use, its activation done “unofficially” by a young temp named Stacy. There’s also plenty of ego involved in the pursuit of super criminals, with the police unwilling to rely on Batman but nevertheless forced to seek his help when lives are on the line.

The brightest highlight of this series is Renee Montoya, who emerges as its defacto lead character. In issue #6, Montoya is outed as a lesbian and her professional and private worlds fall apart. Her parents disown her, she’s harassed by other officers, and even framed for murder by a crook she’d arrested. The intersectionality of race and sexual orientation is presented with maturity and realism in scenes with Renee and Captain Sawyer, who’s also a gay policewoman. The pressures of crimefighting in a corrupt city weigh heavily on Renee’s heart over the course of the title's forty issues, which directly leads to her eventual role as a superhero in the pages of 52. 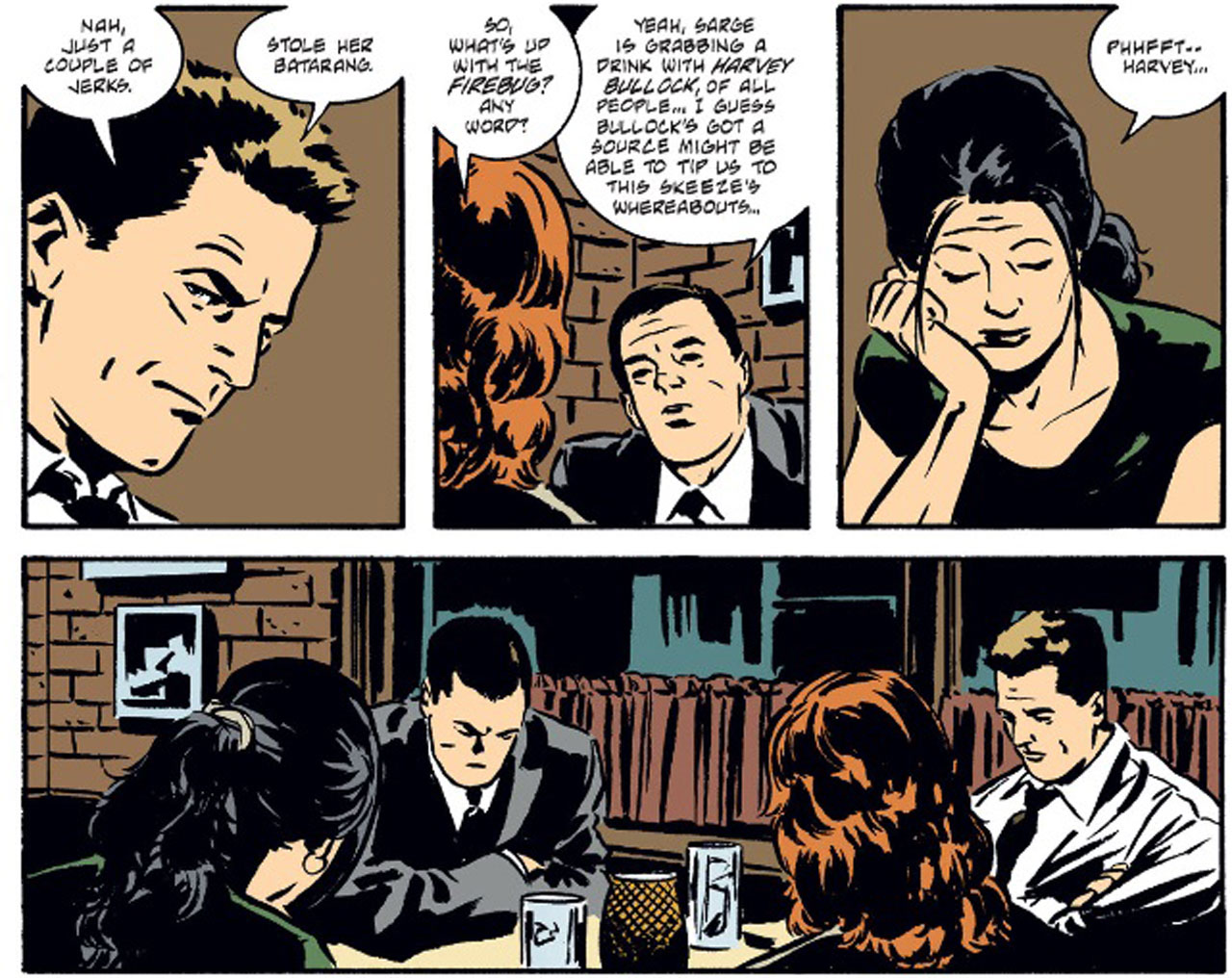 Gotham Central is a fascinating series, presenting honest drama and deeply nuanced characters. Its themes of love, identity, and justice earned it multiple industry awards, and its forty issues are easy to read and re-read. A unique title in the DC pantheon, you won’t find anything else like it in comics.

Have you read GOTHAM CENTRAL? Let us know in our Community!