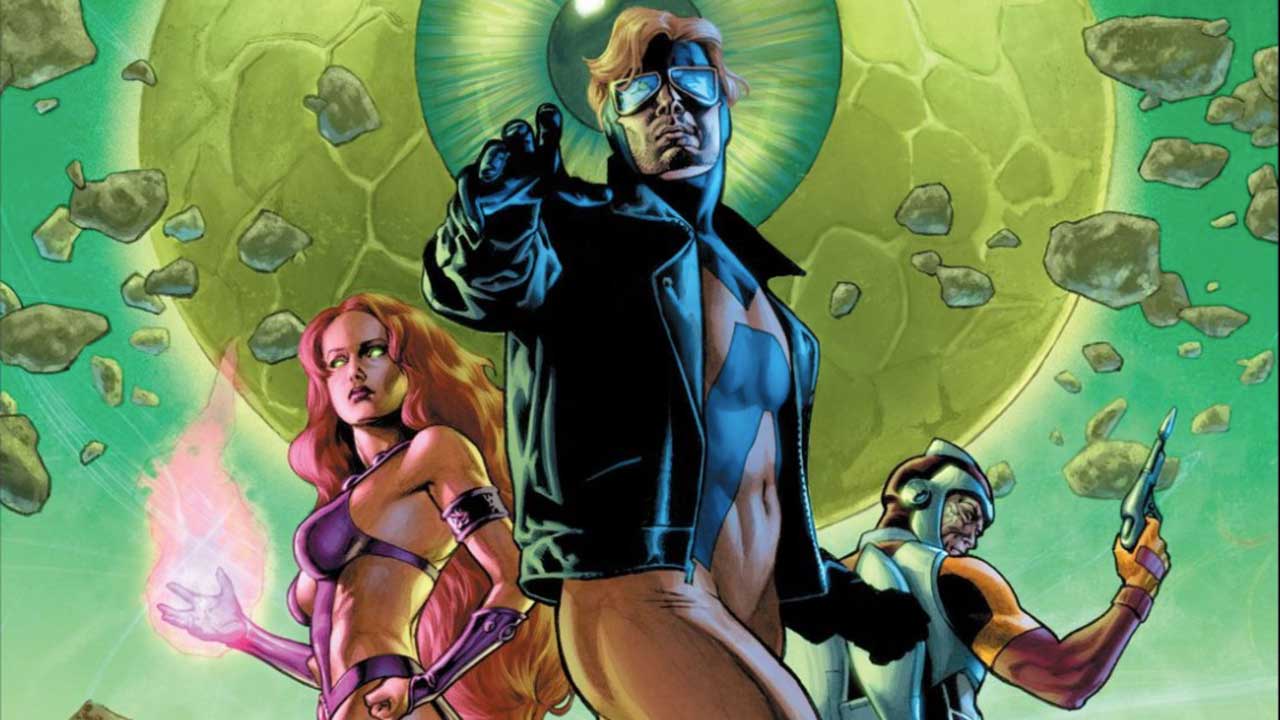 Sometimes you just wanna keep on going. You tell yourself, just one more issue. Just one more story. But you keep turning the pages. Not wanting to stop. Not ABLE to stop. We’ve all been there, and now thanks to DC Universe's library of over 20,000 comics, you don't have to stop! So a new problem begins -- where to start. Here are some recommendations for the best DC series to binge... 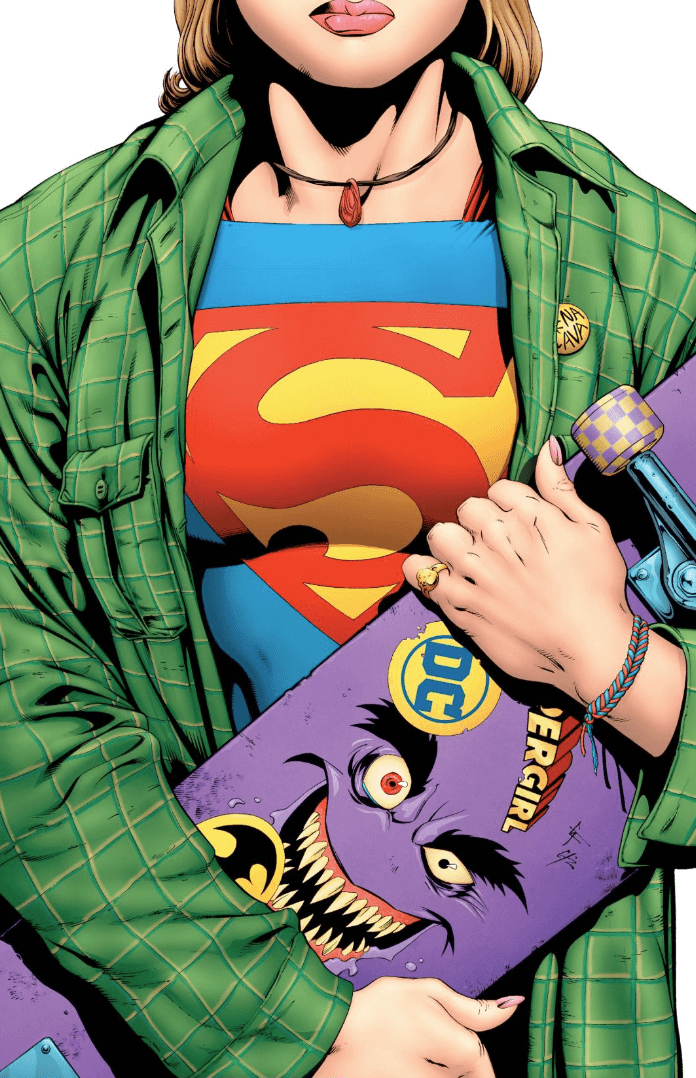 WHAT’S IT ABOUT: This is Supergirl like you’ve never seen her before. When a young woman with a dark past wakes up after surviving a cult sacrifice, she discovers she has the powers and memories of the Girl of Steel! It's revealed that Supergirl saved Linda Danvers right before her Satanist boyfriend Buzz could complete a dark sacrificical ritual -- but in doing so, the two women werer fused. Now Supergirl is trying to navigate her new life as she deals with Linda’s parents, suspicious friends, an evil ex-boyfriend, and strange happenings in her new hometown, Leesburg. As the series progresses, Linda learns more about the strange nature of Leesburg, and an even deeper truth about her powers. The series is part Buffy the Vampire Slayer and part Smallville, with the tone switching between humor and drama effortlessly thanks to the brilliant writing of Peter David. With 80 issues of action and emotion, this is a binge-read guaranteed to hook you. 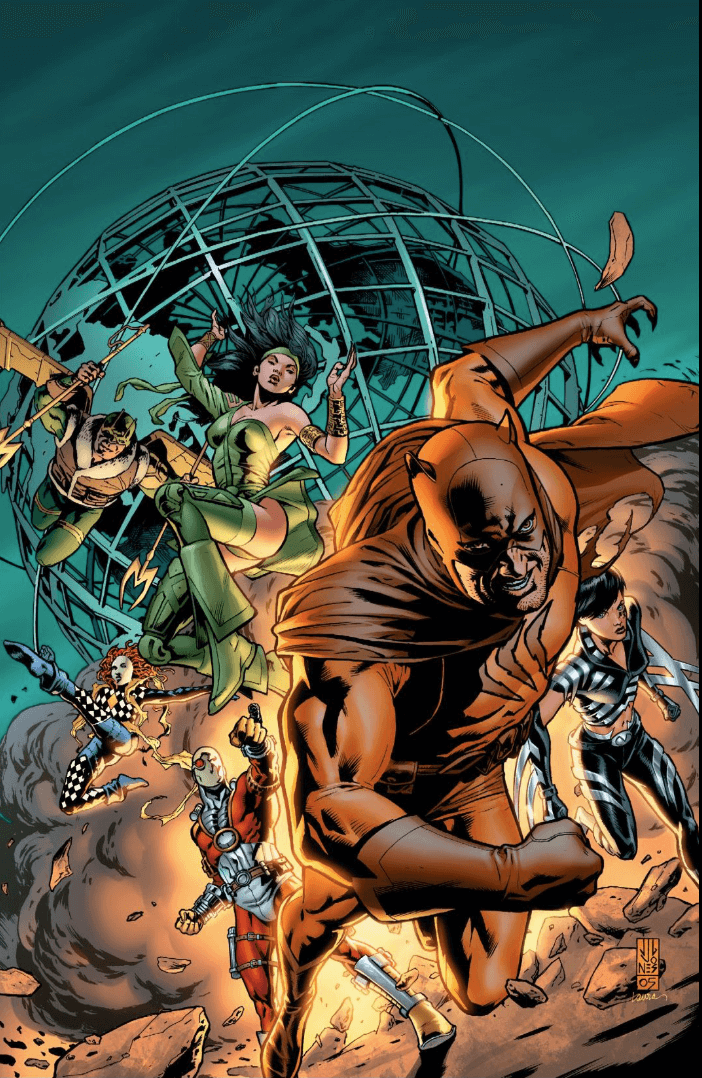 WHAT’S IT ABOUT: The DC Universe has plenty of powerful super hero teams, but what would happen if a group of super-villains tried to organize? Secret Six explores a team of villains hoping to pool their resources together to accomplish crimes they’d fail at committing alone. The diverse team has a rotating roster due to their members constantly betraying each other -- because, duh, they're bad guys. Writer Gail Simone puts the spotlight on criminals like Deadshot, Bane, Catman, and other famous and not-so-famous names, all the while making readers emotionally connect to villains as they never have before. This binge-read proves it's sometimes fun being bad!

Batman and the Outsiders 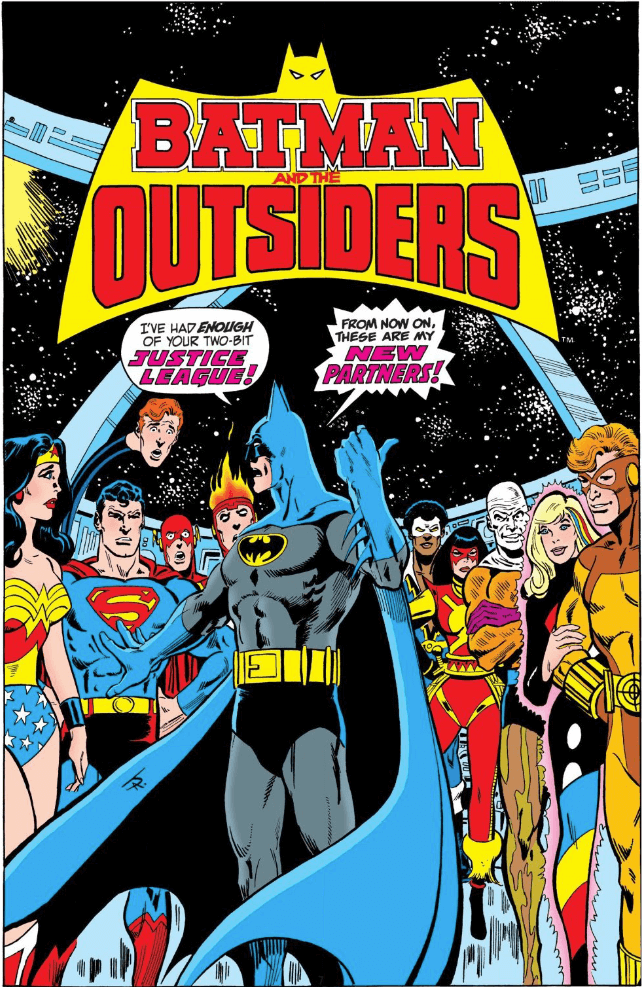 WHAT’S IT ABOUT: When the Justice League refuses to accept a mission that would damage international relations, Batman forms his own group of super-powered misfits known as the Outsiders. The Dark Knight leads Black Lightning, Metamorpho, Geo-Force, Halo, and Katana against a series of threats from Gotham and beyond. Throughout the run of the comic, and its sequel series The Outsiders, writer Mike W. Barr plays with multiple plot threads as the team deals with mysteries from their past, inter-team dating, royal intrigue, and the pressures of having Batman as a leader. Thanks to dynamic art from Jim Aparo and Alan Davis each story is awfully easy on the eyes. 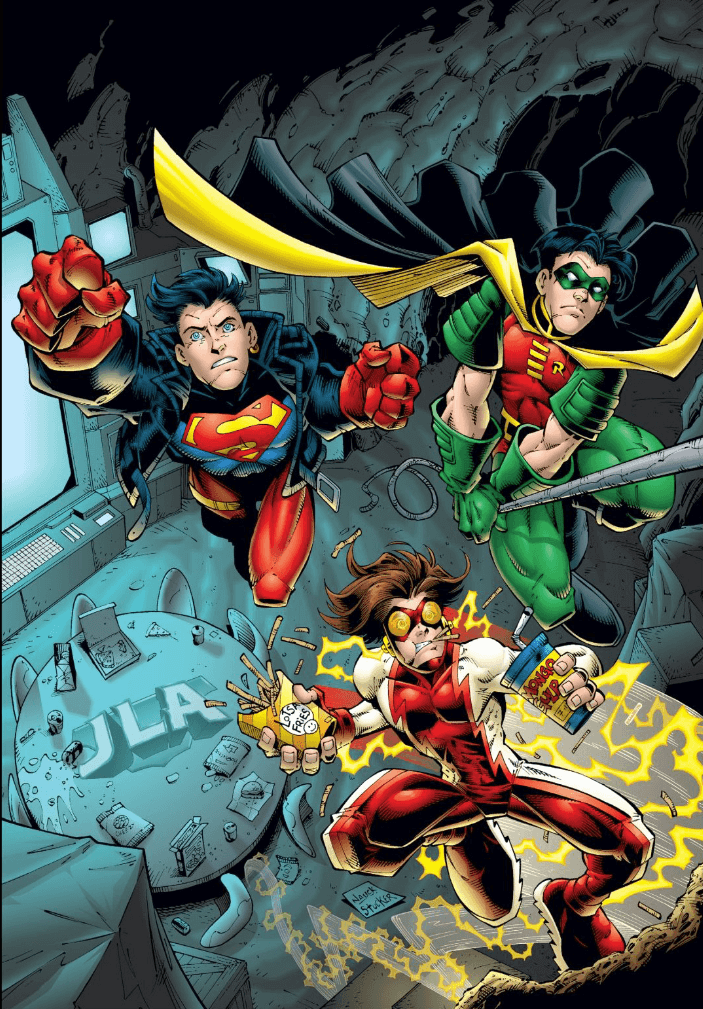 WHAT’S IT ABOUT: They’re not old enough for the Justice League and they’re not quite ready for the Teen Titans. They’re Young Justice, and they’re doing the best they can to juggle growing up with super-heroics. This series starts out as almost a boys-only clubhouse for Robin, Superboy, and Impulse; but it isn’t long before the team gets a much-needed shot of girl power from Secret, Arrowette, and Wonder Girl. Writer Peter David and artist Todd Nauck build a fun epic with plenty of laugh-out-loud moments. Impulse can’t sit still. Robin is a control freak. And Wonder Girl can’t work up the nerve to tell Superboy she likes him. As the series progresses, the team adds the Cajun hero Empress and a teenage version of Lobo. If you like the Young Justice animated series, you’ll love binge-reading the comic that inspired it all. 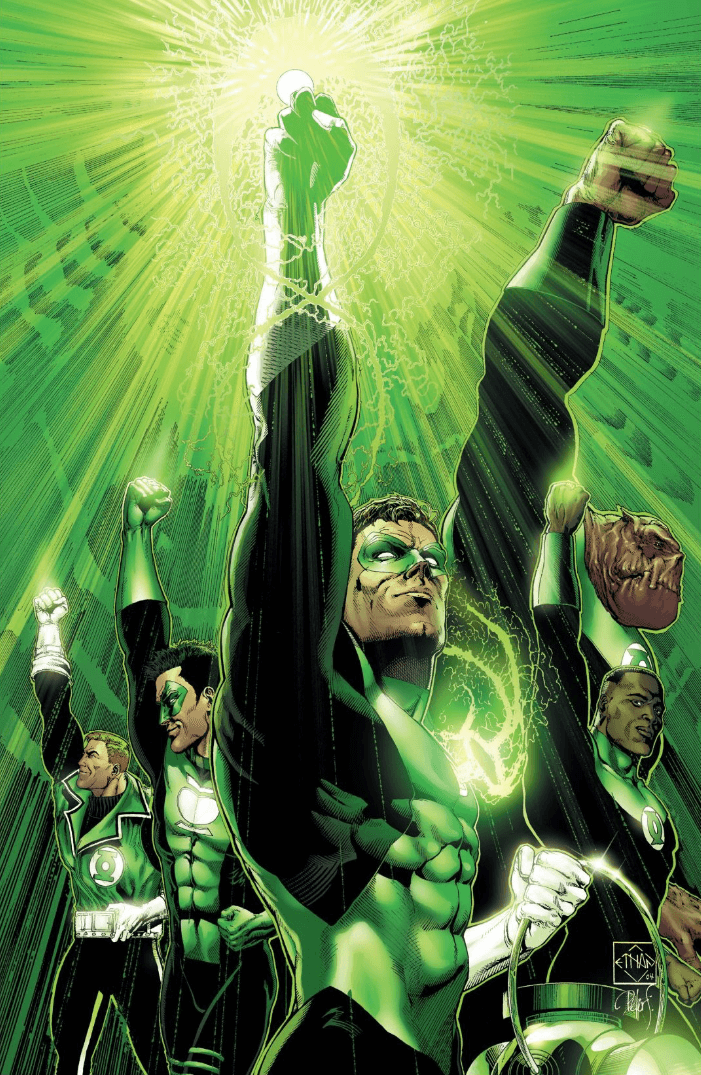 WHAT’S IT ABOUT: After a lengthy hiatus, Hal Jordon is back as Green Lantern in this critically acclaimed run that changed the entire direction of the DC Universe. Writer Geoff Johns brought Hal Jordan back to basics in his Green Lantern: Rebirth limited series. Then he built on that foundation with this ongoing series, mixing classic and contemporary to form a new era for the Green Lantern Corps. A long-gone Hal must rebuild his life as a pilot in addition to physically rebuilding his lost home Coast City. The Corps is hesitant to trust him, since he was partially responsible for their destruction in the first place. Geoff Johns' lengthy run was the springboard for many of the DC Universe’s biggest blockbuster events, including Blackest Night. 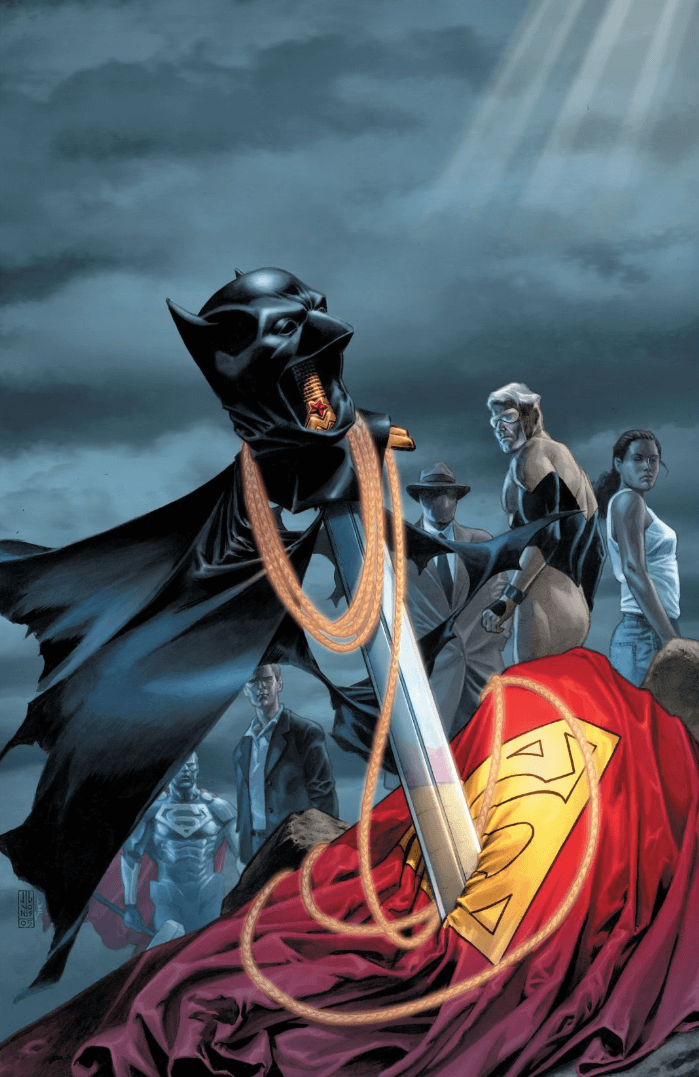 WHAT’S IT ABOUT: After the events of Infinite Crisis, the DC Universe went through a 12-month time jump with the “One Year Later” event. The weekly limited series 52 presents the “missing year” while bringing some overlooked characters to the forefront. Superman is powerless, Batman is traveling the world, and Wonder Woman is rediscovering her humanity, leaving the DC Universe without its core Trinity. In their place, this comic focuses on characters like Renee Montoya, Booster Gold, Black Adam, and Natasha Irons -- as they learn and grow over the course of DC’s missing year. The series is also notable for introducing the modern version of Batwoman, who gets her own upcoming live-action show this fall. A team of DC’s best writers and artists came together for this ambitious project, which has the feel of a modern television drama as much as that of any action saga.

What comics do you recommend binging? Let us know in our Community!