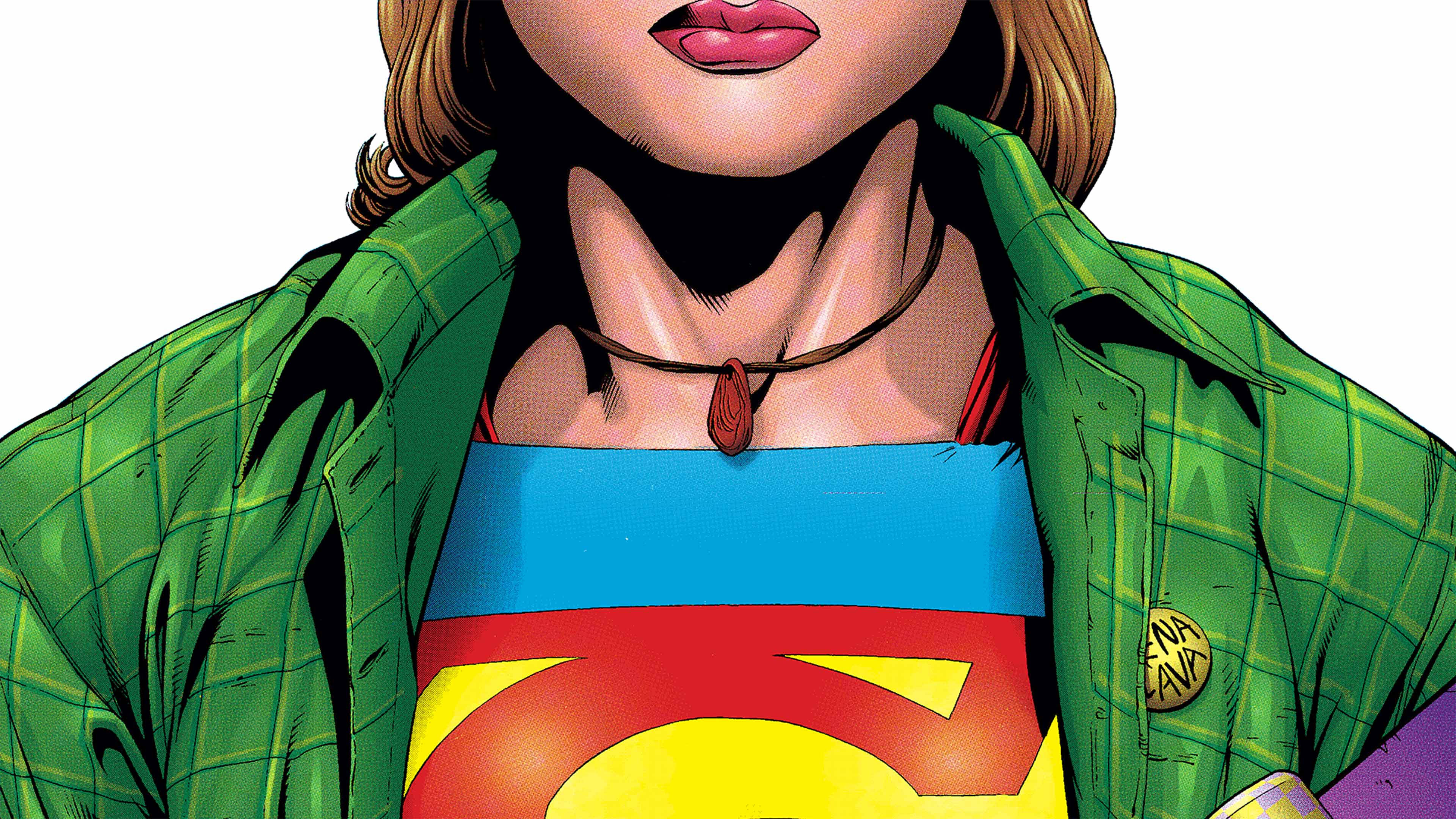 Binge This: Peter David's SUPERGIRL Was the Proto Buffy

Are you stuck at home and bored out of your mind? Your bedroom may seem small, but not when there’s a whole universe at your fingertips! With DC Universe’s library of almost 23,000 comics, the possibilities are endless, so why not let yourself get lost in a binge? If you’re looking for a great series to binge, then look no further than writer Peter David’s Supergirl. 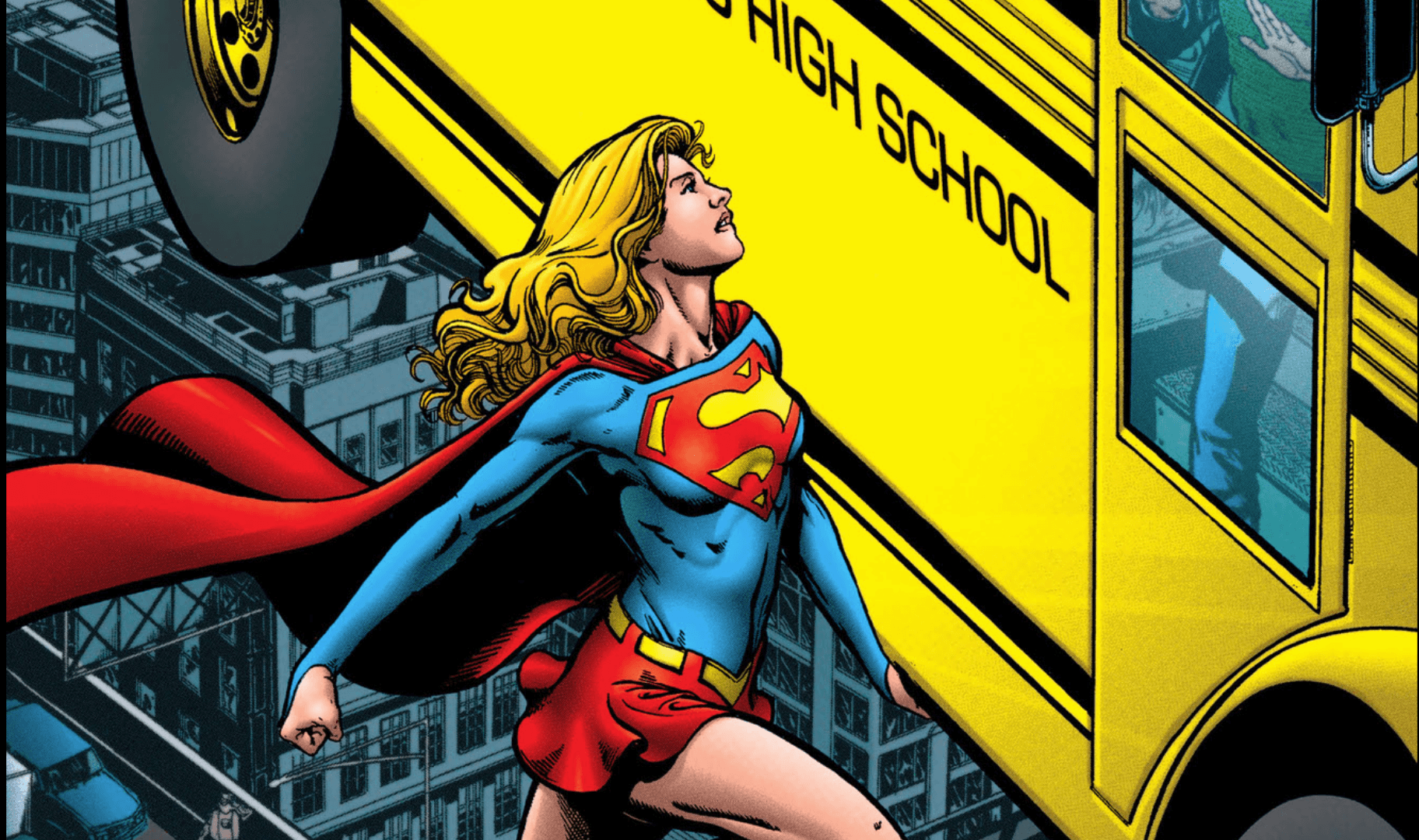 This isn’t the Supergirl most fans are familiar with. This isn’t Kara Danvers, Superman’s cousin from Krypton. This version of Supergirl is an artificially created lifeform from another dimension. Don’t worry about any of this backstory though, in fact IT DOESN’T MATTER if you’ve never read any Supergirl comics before starting the first issue. Supergirl’s past isn’t what’s important about the story, it’s all about the new life she builds for herself. 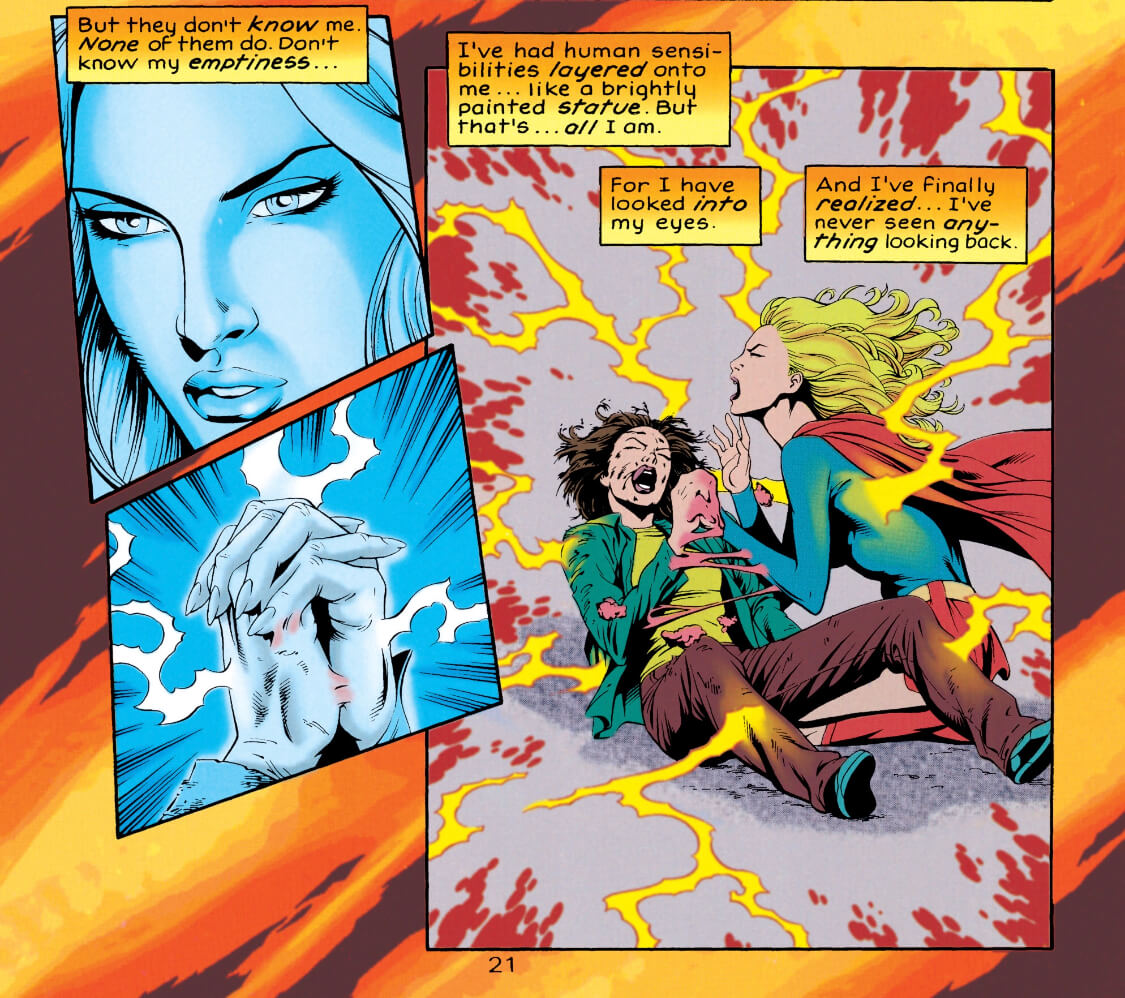 Supergirl is a hero with special powers. Linda Danvers is a Satanist who never got her life together. It’s hard to imagine two people who could be more different. One night, Linda’s boyfriend Buzz decides to make her the latest sacrifice for their cult, and Supergirl flies in for the rescue. As Supergirl saves Linda something miraculous happens, and the two become one. This isn’t a Firestorm situation where two minds communicate within the same body – Linda and Supergirl are now one body, and one mind. This creates some complications, as this new Supergirl struggles to come to terms with Linda’s dark past. Supergirl builds a new life for herself in Linda’s hometown of Leesburg, which soon becomes a hotbed of supernatural happenings. 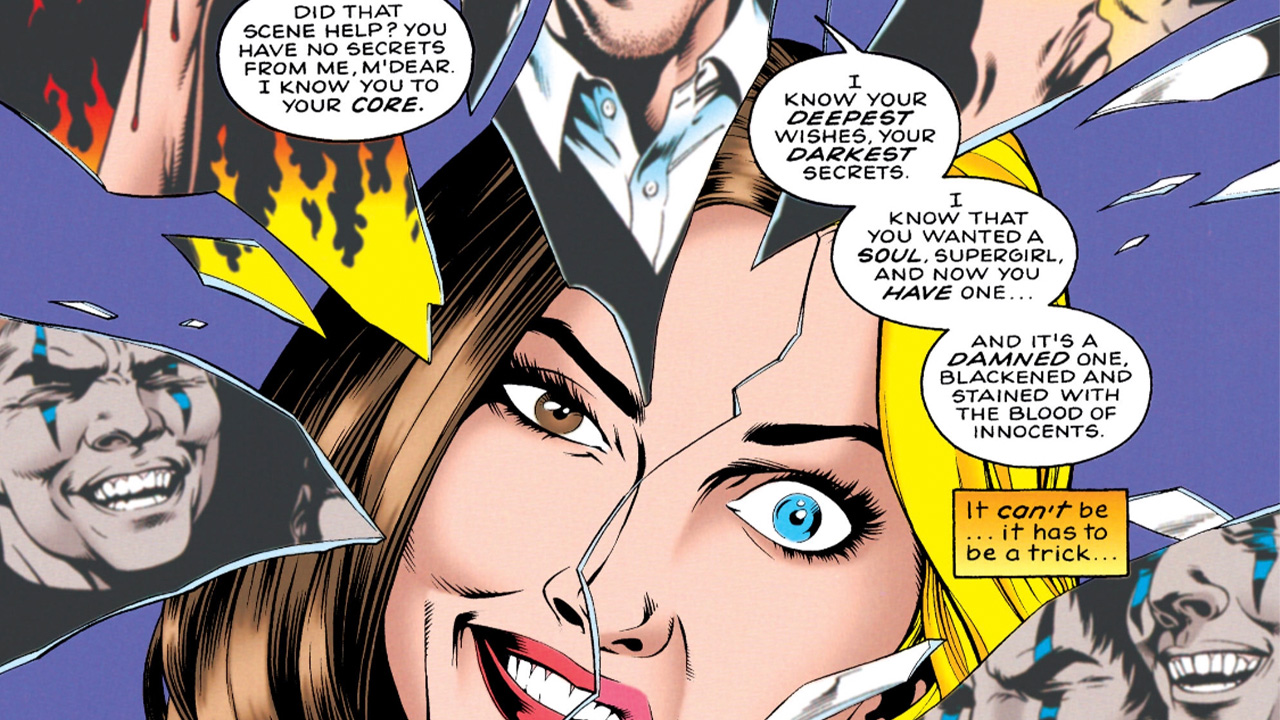 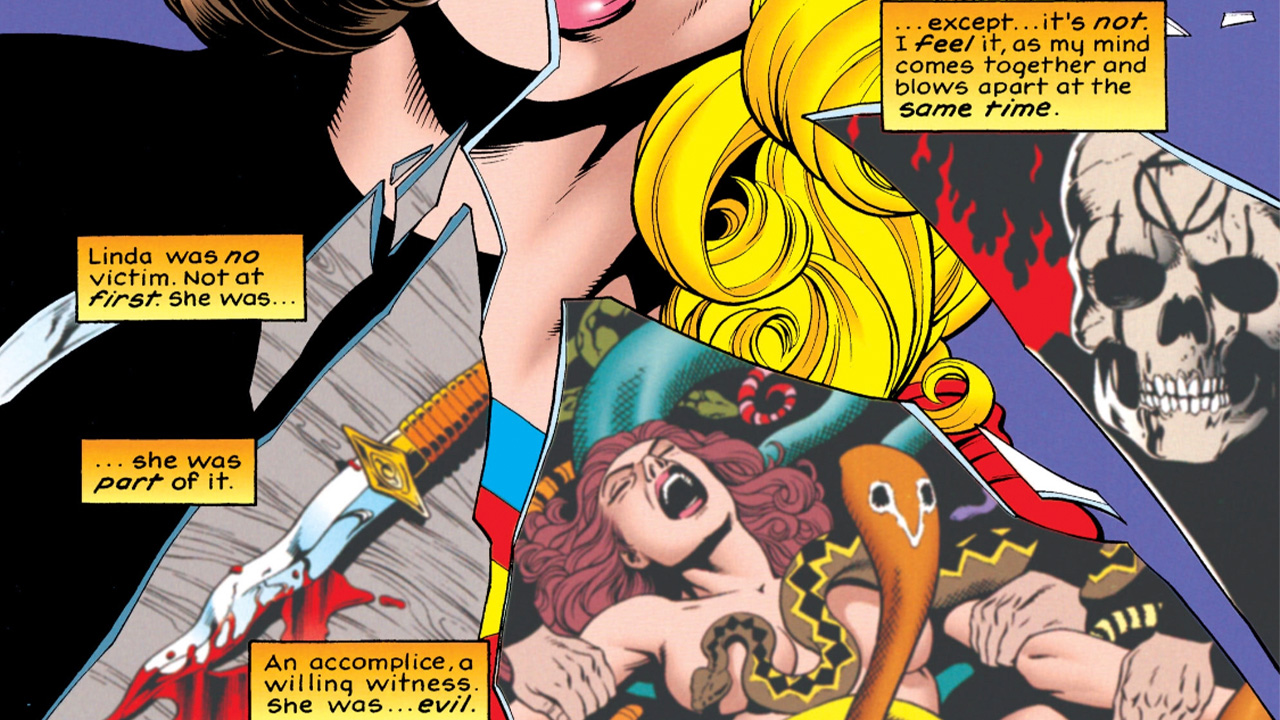 * This version of Supergirl is a former Satanist trying to rebuild her life and fix her fractured relationships. That’s a pretty unique story premise for a superhero title!

* The fashions, the slang, the attitude, and everything 1990’s. The entire series is a great look at Generation X, while still managing to feel timeless.

* The series is full of emotional and captivating subplots. Linda’s parents almost divorce because they disagree on her Supergirl lifestyle. Supergirl’s friend Dick Malverne tries to fight his cancer prognosis through questionable means. As you continue to read, you’ll realize you care just as much about the Leesburg residents as you do for Supergirl.

* The series was ahead of it’s time, tackling difficult conversations about LGBT life with Supergirl’s friend Andy Jones. The scene where Andy comes out to her parents in Supergirl #39 is heartbreaking.

* The final arc features the Silver Age version of Supergirl going through a dimensional warp and teaming up with Linda. The peppiness of Pleasantville meets the attitude of Generation X, and it’s glorious!

The entire series is written by Peter David, one of the most underrated writers in the comic book industry. Since the series has a single writer for the duration of it’s run, the tone and the voice remain consistent, and so does the quality! While Supergirl does briefly touch on crossover events like Final Night and Genesis, this is a comic that could be read in isolation. You don’t need to know what’s happening in the other corners of the DC Universe, the only thing that matters is what’s happening to Supergirl and her friends in Leesburg.

Some have compared this series to TV's Buffy the Vampire Slayer, which is also about a young girl facing supernatural creatures in her small town. If you were a fan of Buffy, then you’re going to love bingeing Supergirl. Reading it feels like watching a live-action superhero drama, except you don’t have to wait a week for the next installment because we have 80 “episodes” ready to go for you!

Are you binging Peter David’s SUPERGIRL? Track your progress in our Community!