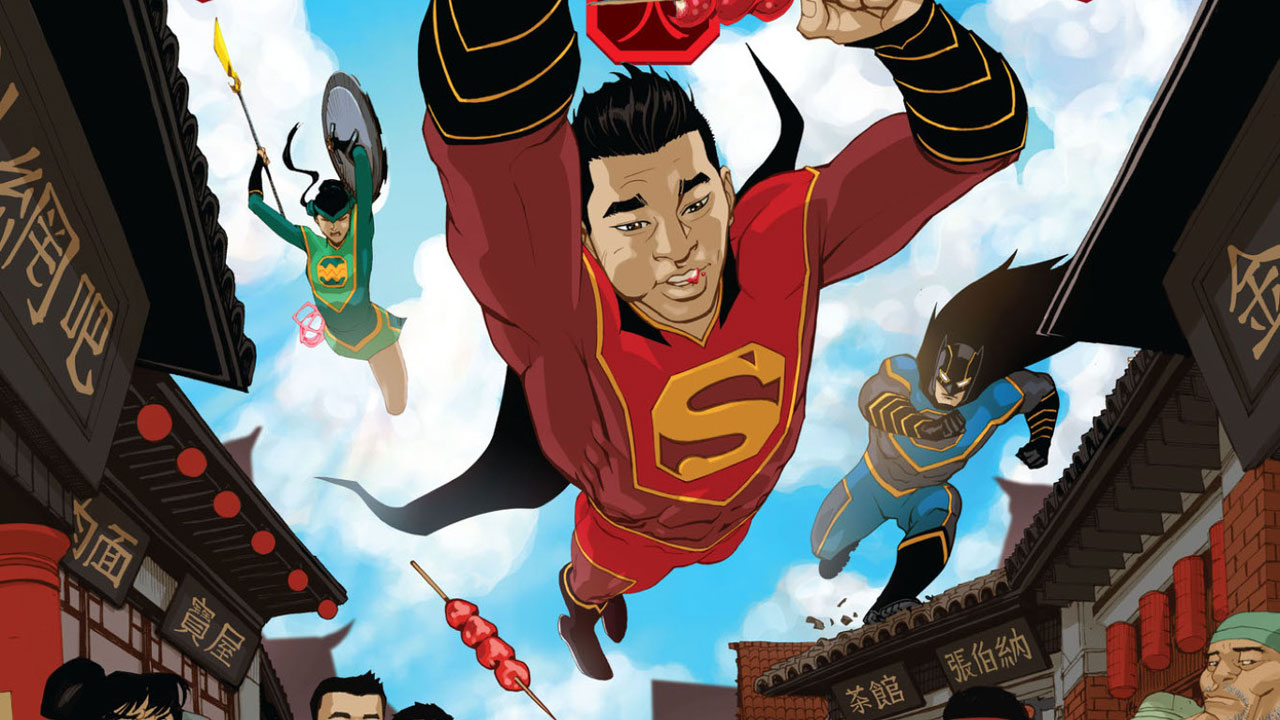 Read a bold new take on a beloved legend.

Binge This: NEW SUPER-MAN Is DC's Own 'Last Airbender'

DC Universe is proud to host over 23,000 digital comic books and counting. But with a library so vast, it can be a superhuman act merely determining where to get started. There are plenty of right answers to that question, but there’s one Superman title you’ll find here unlike any other: the story of a hotheaded bully who, given the chance to be something more, grows into a hero worthy of the name Superman. Take a journey to the other side of Prime Earth, and experience NEW SUPER-MAN. 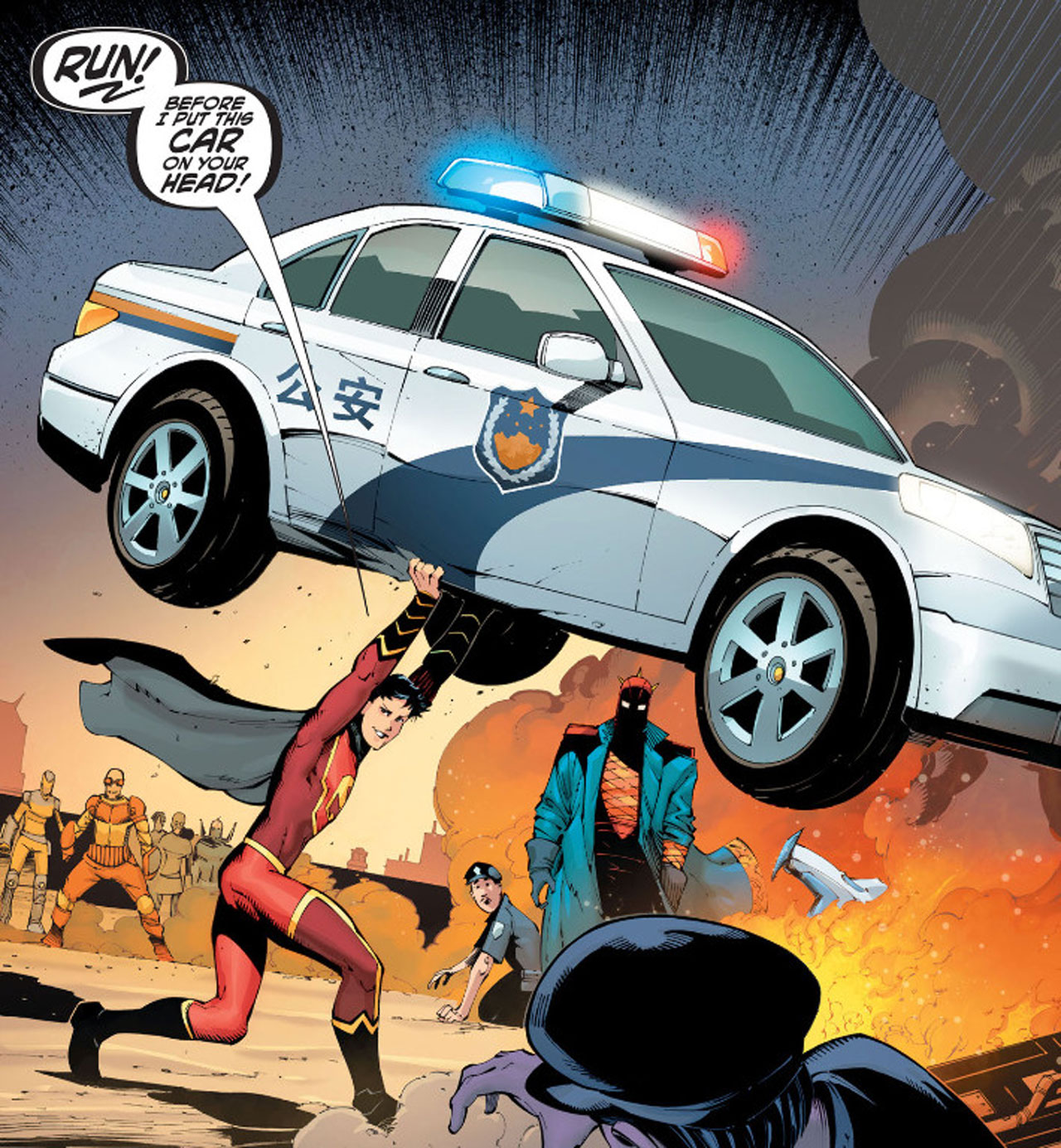 Years before the introduction of Kenan Kong, Eisner-winning comic book writer (and occasional artist) Gene Luen Yang earned a reputation for using comic books to convey the Asian experience to a Western audience. Titles like his AMERICAN BORN CHINESE and a universally acclaimed run on AVATAR: THE LAST AIRBENDER did a great deal to establish him, but he first found his voice for Superman, an immigrant from the stars and champion of the oppressed, in an inspiring run on the title in 2015 where a depowered Clark Kent still fights for those who need Superman most. Where this Superman series was an allegorical stand-in for Yang’s own experience, NEW SUPER-MAN continues those themes directly--transposing the western superhero genre and aesthetics into Chinese culture. And as for what changes in the cultural translation… well, that’s where the magic happens. 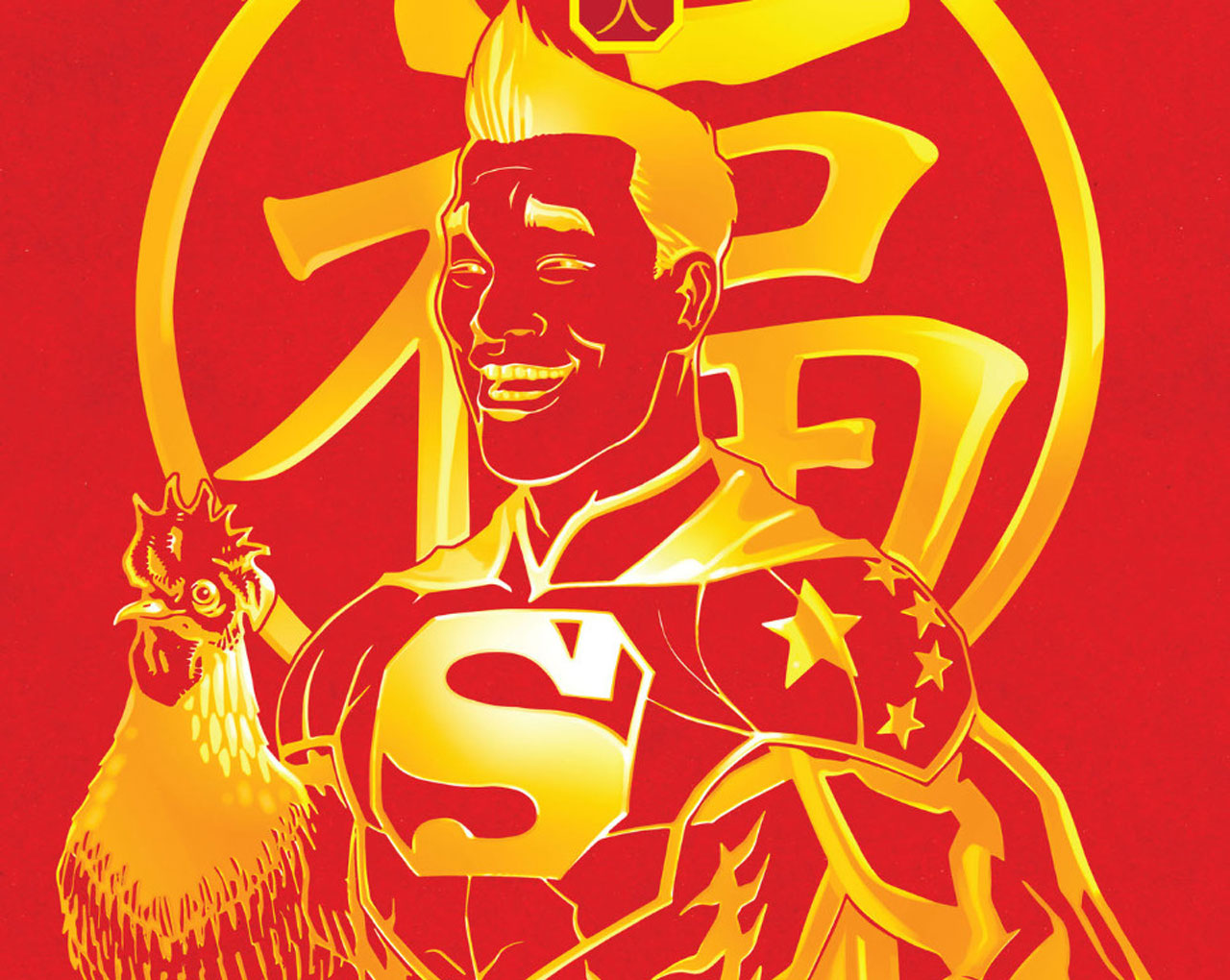 NEW SUPER-MAN begins at a curious time in Superman continuity, when the Superman of DC's New 52 era had fallen, and would soon be replaced by two candidates: his own Pre-Flashpoint counterpart, and a super suit-sporting Lex Luthor. But while Superman’s legacy was being written in Metropolis, the Chinese government was developing a Man of Steel of their own. Using energy harnessed from the fallen New 52 incarnation of Superman, China’s “Ministry of Self-Reliance” needed a young test subject they could imbue with those captured powers and bend to their own purposes: a government-owned Superman who would ensure China’s future as a global superpower. Enter Kenan Kong, a self-obsessed teenager with attitude for days--and a connection to the Ministry of Self-Reliance which would remain secret even to him. After getting recruited to be China’s premiere superhero, Kenan does all the stupid, indulgent things a teenager with superpowers might actually do. But as only one part of China’s plans for their own Justice League, Kenan soon finds examples and role models who reveal the hero he can be, if he only learns to care. 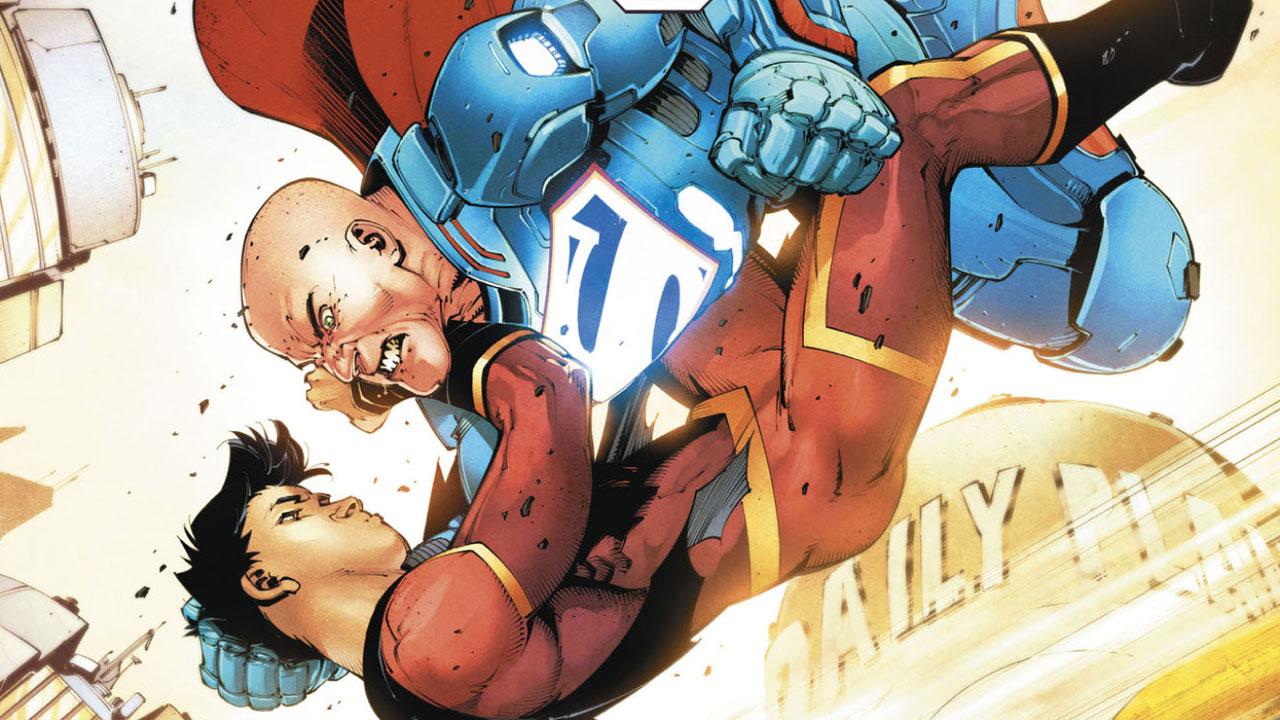 ORIGINAL CHARACTER ARCS: Kenan Kong, the Ministry of Self-Reliance, and the “Justice League of China” are all completely original characters to this series -- and that means you don’t have to read anything before this to get to know them, and that they’re free to pursue a growth and expansion of character in a way rarely afforded to more established heroes who are required to maintain a status quo. As the series develops, Kenan and his friends grow in power, and as people, and closer together. Despite years of static comic book characterization, NEW SUPER-MAN has the uncommon freedom to show how a man can change.

CHINESE MYTHOLOGY: Judeo-Christian and Greek mythological influences can be found pretty much everywhere in the DC Universe, but Chinese folklore has a deep and rich history of its own. Because Chinese mysticism forms a great deal of NEW SUPER-MAN’s background, it’s a book that ends up taking a form and direction unlike anything else you can find in the DCU.

ASIAN REHABILITATION: Going back to the “Yellow Peril” villains of the 1930s, American culture as a whole has an ugly history with Asian stereotypes, including representation in comic books--a dire truth which has persisted well into the modern era. One of the most amazing feats NEW SUPER-MAN accomplishes is looking back at the 80-year history of DC’s own treatment of Asian characters, and recontextualizing it in a new, more human voice. In that respect, if you’re as excited as we are for John Ridley’s THE OTHER HISTORY OF THE DC UNIVERSE, NEW SUPER-MAN makes for great preliminary reading.

THE COLOR CODING: Color takes an extremely important role in NEW SUPER-MAN, with reds, golds, and black and whites all carrying special significance in establishing its own visual language established in Chinese tradition. The most creative use, perhaps, is in the lettering of the comic itself: whenever a character is speaking a language other than Mandarin, the lettering of their word balloon appears in a different color. 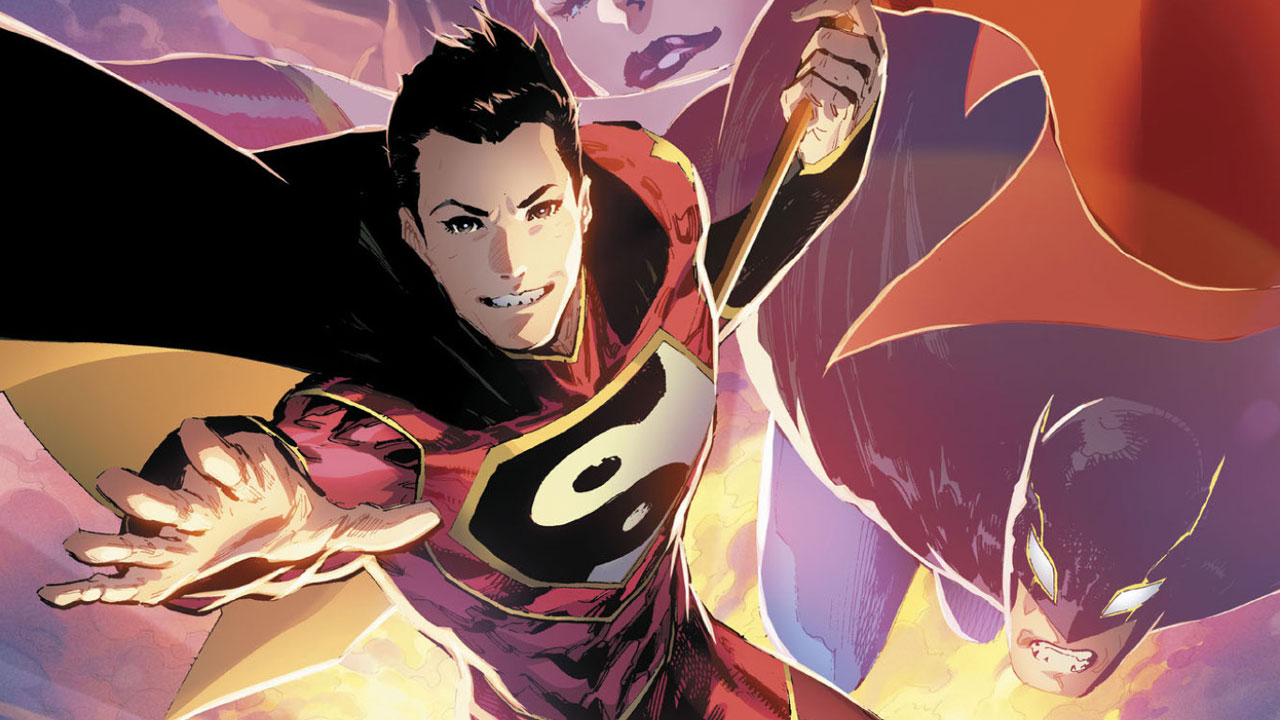 For a book where Clark Kent rarely appears, NEW SUPER-MAN demonstrates in every issue a better idea of what the name “Superman” means than most writers get to accomplish with Big Blue himself. It’s a book which demonstrates that Superman isn’t a hero because of his powers, but because he cares. Although Kenan Kong’s powers are great, he has a lot to learn before he’s ready to save anyone. But you’ll believe that New Super-Man can save the world.

Are you a NEW SUPER-MAN fan? Let us know in our Community!