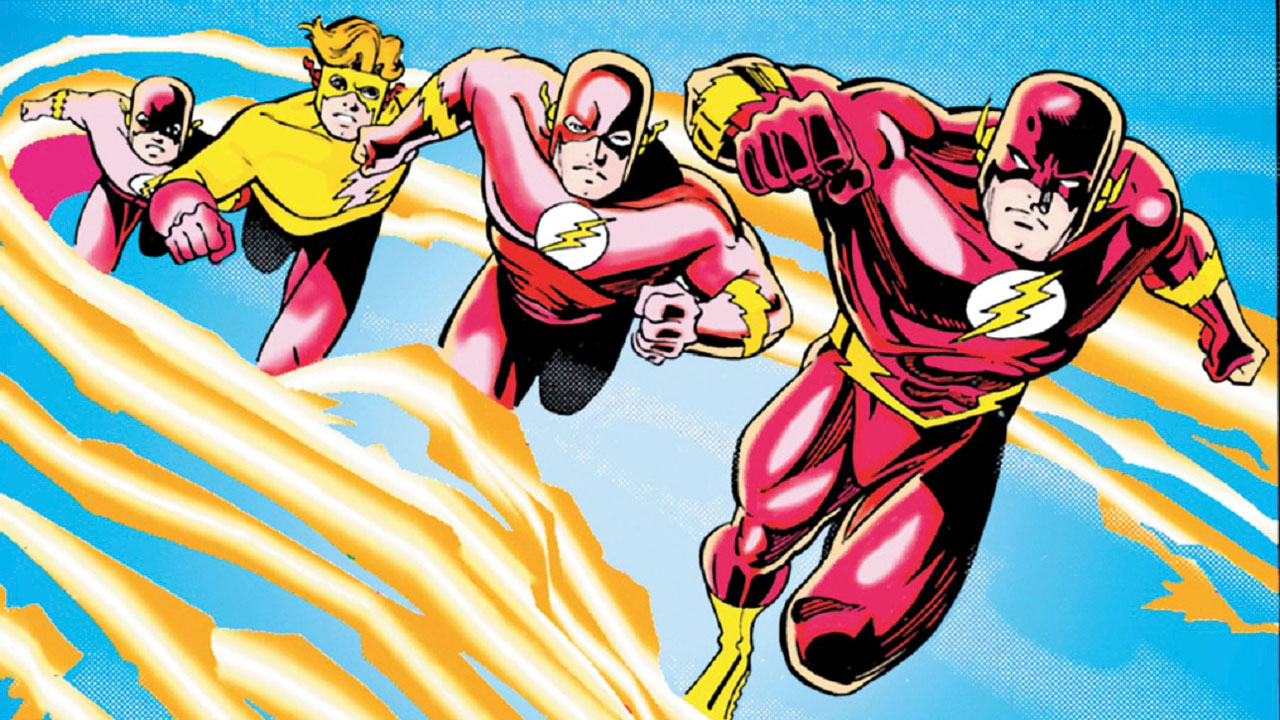 Binge This: Mark Waid's FLASH Will Tide You Over Until TV's 'The Flash' Returns

Are you a fan of TV's The Flash and anxiously counting down the days until its 7th season premiere? You don’t have to wait for more Scarlet Speedster adventures, when the DC Universe comics library has enough Flash stories to make up more than 50 seasons! If you’re a Flash television fan who's always wanted to check out the comics, then you’re going to love writer Mark Waid’s legendary run – no pun intended. The story begins in 1992’s The Flash #62 and continues through 2000’s The Flash #159. 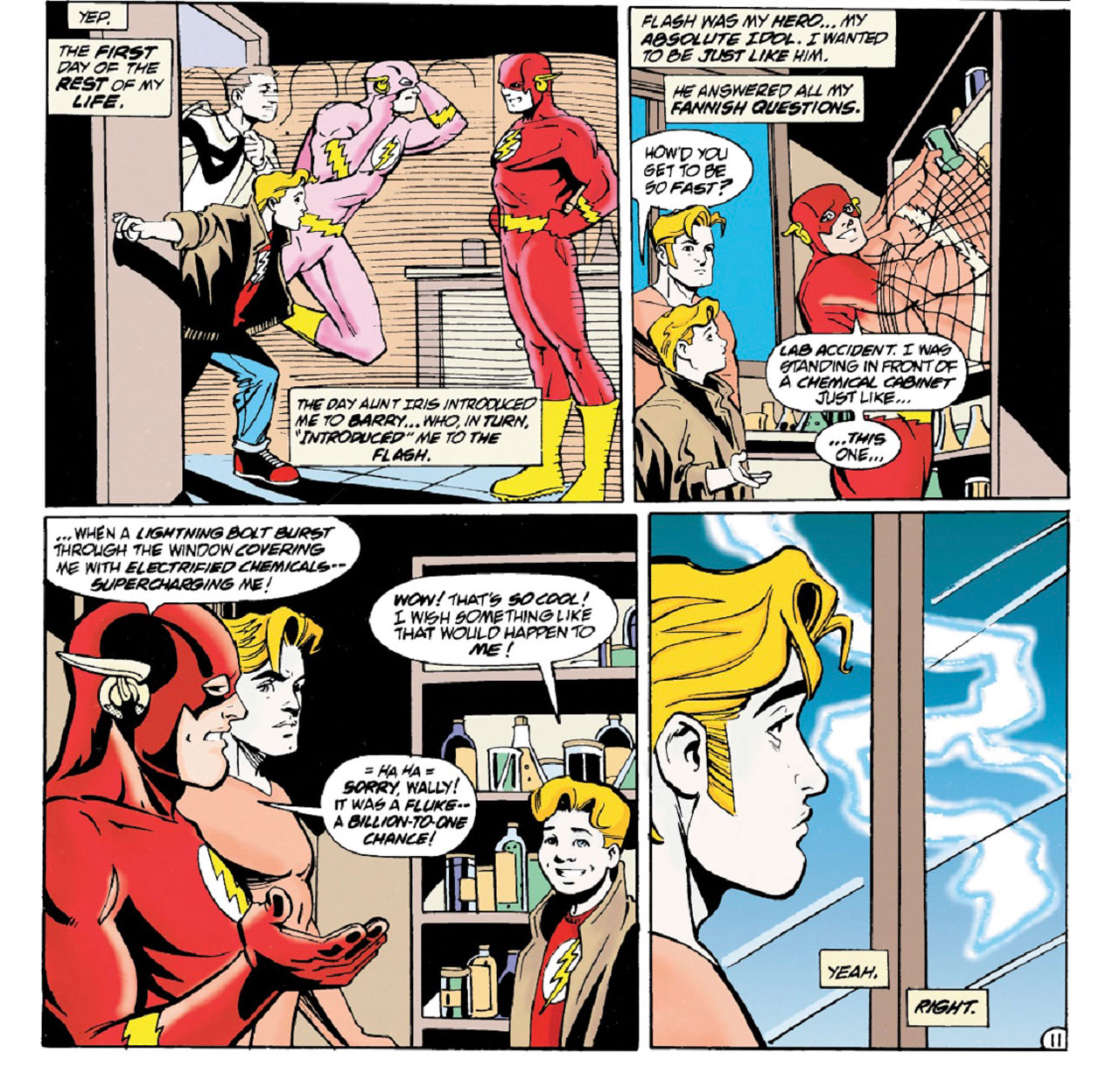 Barry Allen is dead (how’s that for an opener), and it’s up to his former sidekick Wally West to continue his heroic legacy. Wally was once Barry’s sidekick Kid Flash, but he’s no longer a kid; and carrying on for his uncle’s legacy isn’t easy. Wally soon learns about the Speed Force, a power supply that he and his predecessors had been drawing their energy from. This revelation changes everything, but it’s not the only thing on his plate. Wally deals with time-traveling relatives, a Barry Allen imposter, an evil ex-girlfriend, along with loads of other problems! It’s a good thing he’s the fastest man alive! 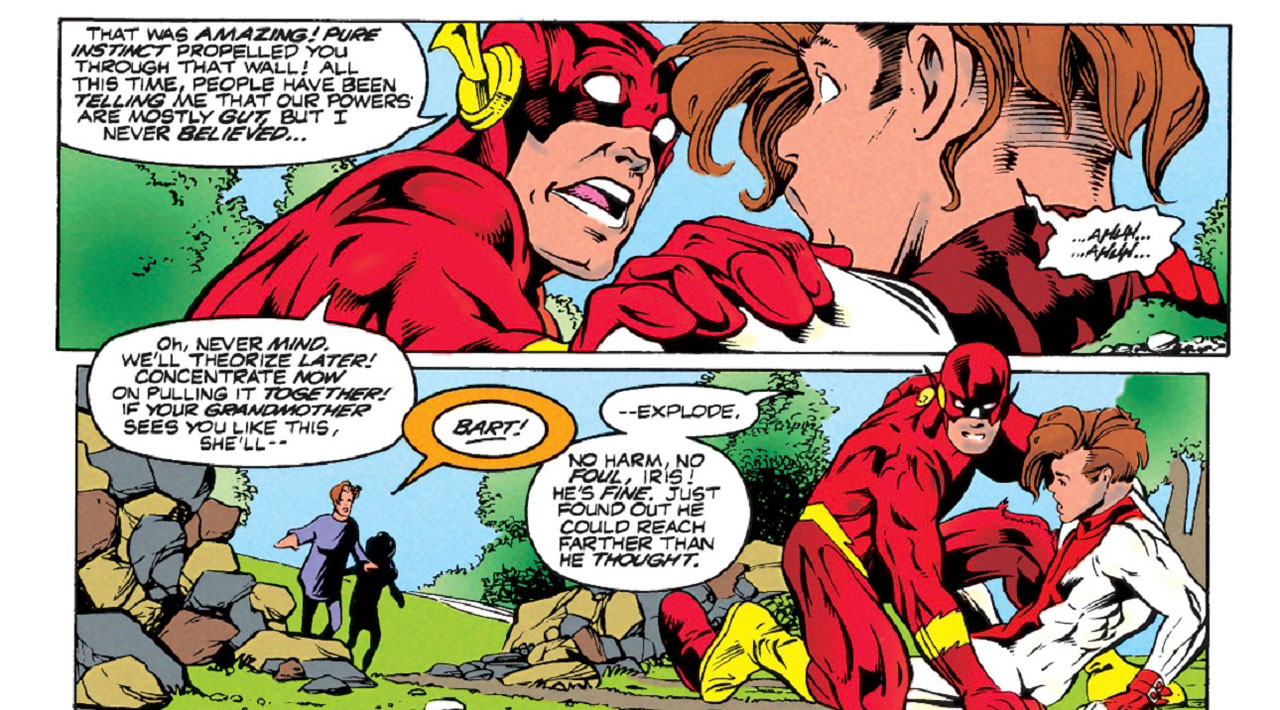 * If you’re a young adult struggling with imposter syndrome, then you’ll never find a title more relatable. Wally West is a twentysomething struggling with anxiety about living up to Barry Allen’s legacy.

* Some of the greatest artists in the medium join Waid for this run, like Humberto Ramos, Greg LaRocque, and Oscar Jimenez. We especially recommend checking out The Flash #80, which is the beginning of Mike Wieringo’s tenure as artist. The Waid/Wieringo team earned much critical acclaim in the 1990s as one of the most famous creative duos in comics.

* Did you fall in love with Bart Allen while watching Young Justice? Readers were introduced to Bart for the first time in The Flash #91-93, and it’s not hard to see why he became so popular. Waid’s introduction laid the groundwork that everyone has been building on ever since.

* Like any good character spinoff, Wally is frequently visited by friends from his old series. Nightwing and Starfire stop by in The Flash #81-83, leading to a fun Teen Titans reunion, and reminding readers why Dick Grayson and Wally West have one of comics best bromances. 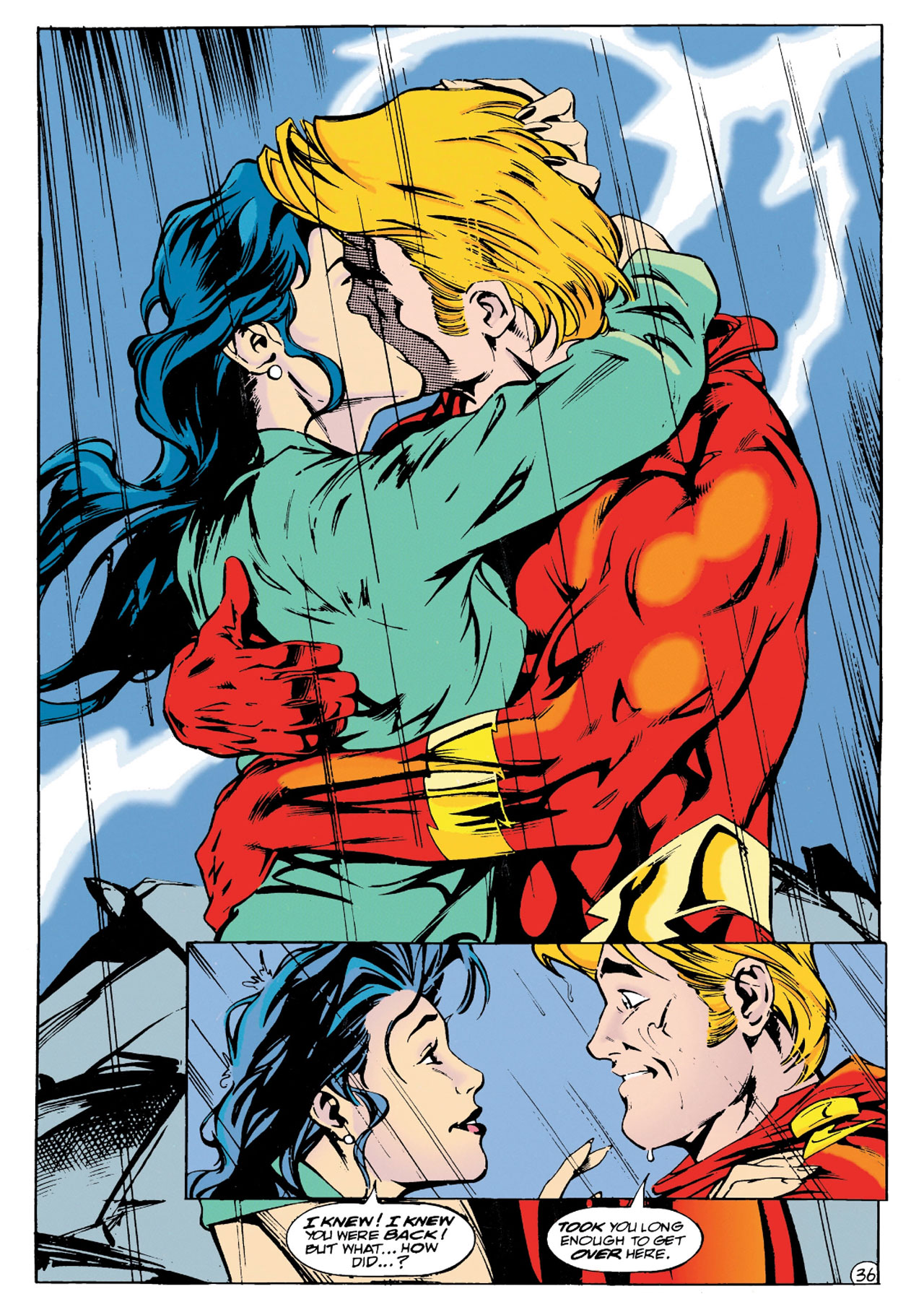 Mark Waid’s Flash combines multiple genres to tell a story about family, legacy, redemption, and adventure. Nothing is off limits, as major changes are made to Flash lore. Waid’s voice for Wally is distinct, and the character grows as the series progresses. Flash begins the run trying to define his relationship with Linda, and by the end they’re married and ready to start a family. You’ll enjoy seeing Flash evolve, and Wally will feel like an old friend by the time you’re finished reading.

Are you binging Mark Waid’s FLASH run? Track your progress in our Community!