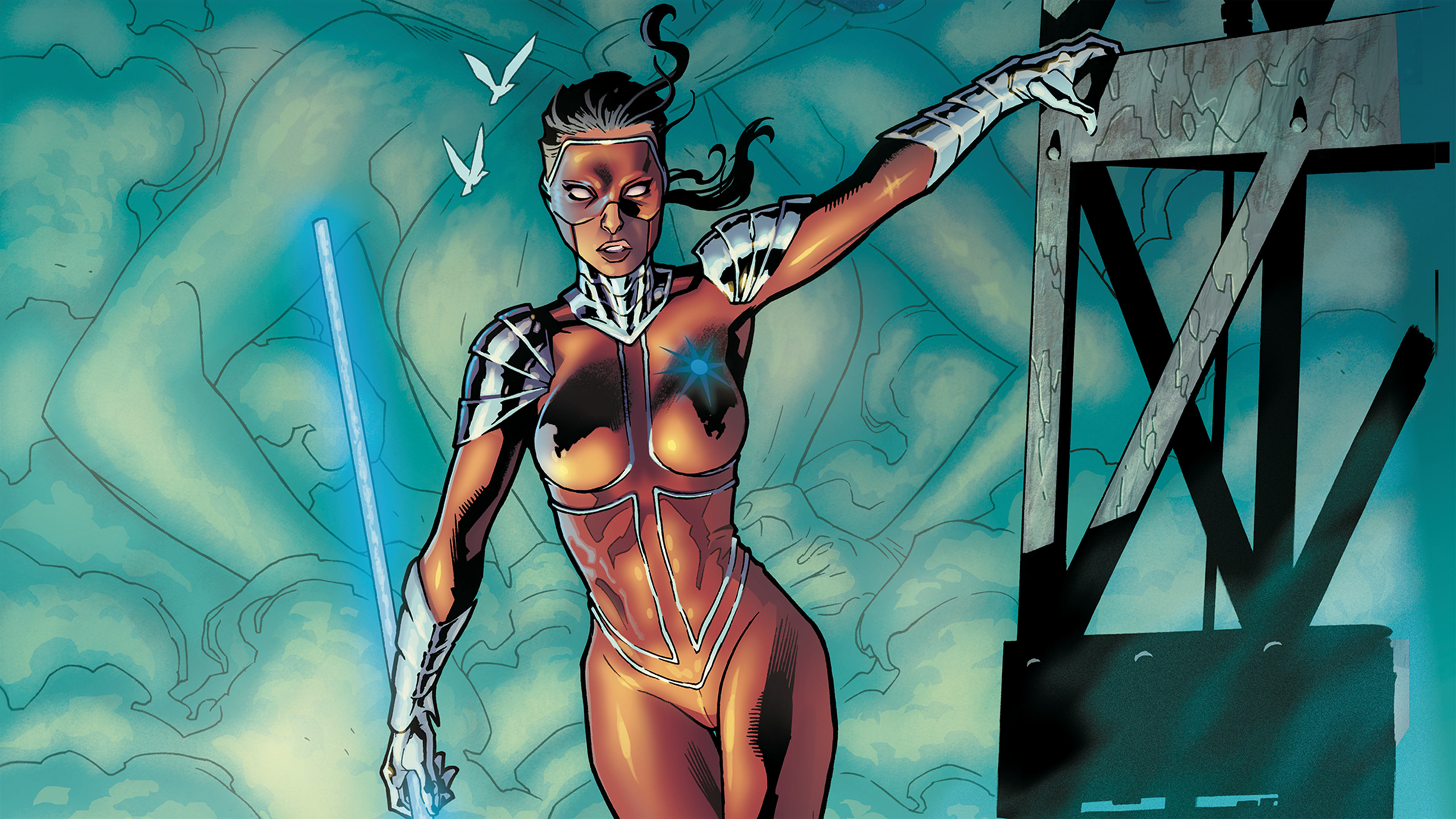 Binge This: Marc Andreyko's MANHUNTER Is a Lethal Lawyer Bringing Justice to the DCU

For some people, there’s nothing that cures the homebound blues like curling up and diving into a good comic or two… or two hundred. Or 23,000 for that matter. If that sounds like you, then you’ve come to the right place: DC Universe features a trove of comic book series, runs, and story arcs which you can get well and truly lost inside.

If you’re looking for a binge off the beaten path of Superman, Batman and Wonder Woman, then please allow us to direct your attention to a series from 2004 you may have overlooked. Originally slated for cancelation after 25 issues, Manhunter was so beloved by its fan base that their passion alone kept it alive for over a year past its death date. Today, let’s figure out just why this book motivated so many to go to bat for it. It’s time to get acquainted with Kate Spencer: lawyer, mother, Manhunter. 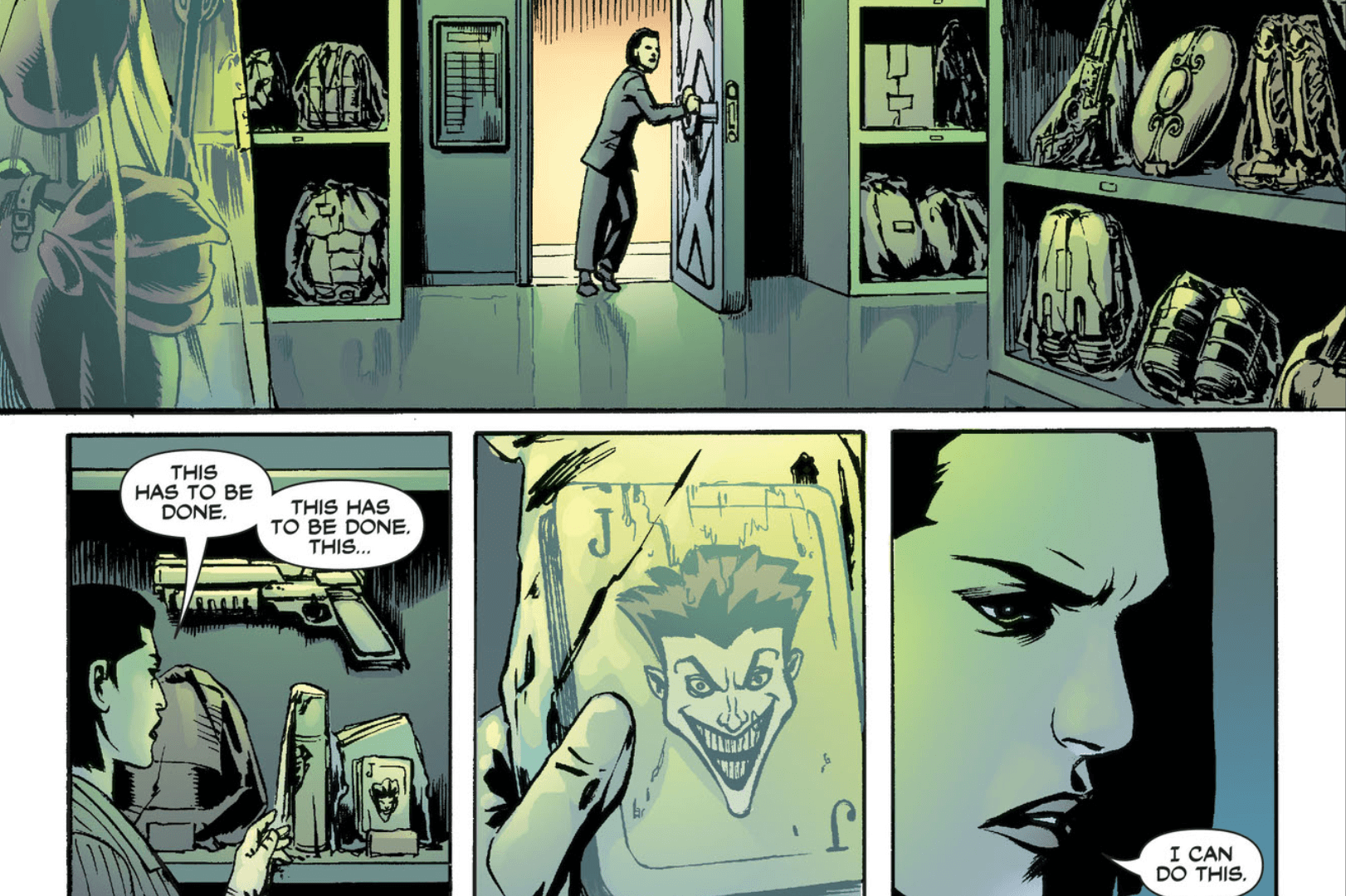 Manhunter is a complicated character, with an even more complicated history. Is he just a kung-fu guy? A legion of proto-Green Lantern robots? None of that matters when you start this series. Kate Spencer, a new Manhunter for the modern age, is just as clueless as you are when it comes to Manhunter’s legacy, and frankly she couldn’t care less. She’s Manhunter because she raided an evidence locker and took all the superpowered stuff she could find. Everything you need to know is right there in the first issue. And if you do find yourself curious about Manhunter’s complex past, then don’t worry: the series will indulge you at its own pace. 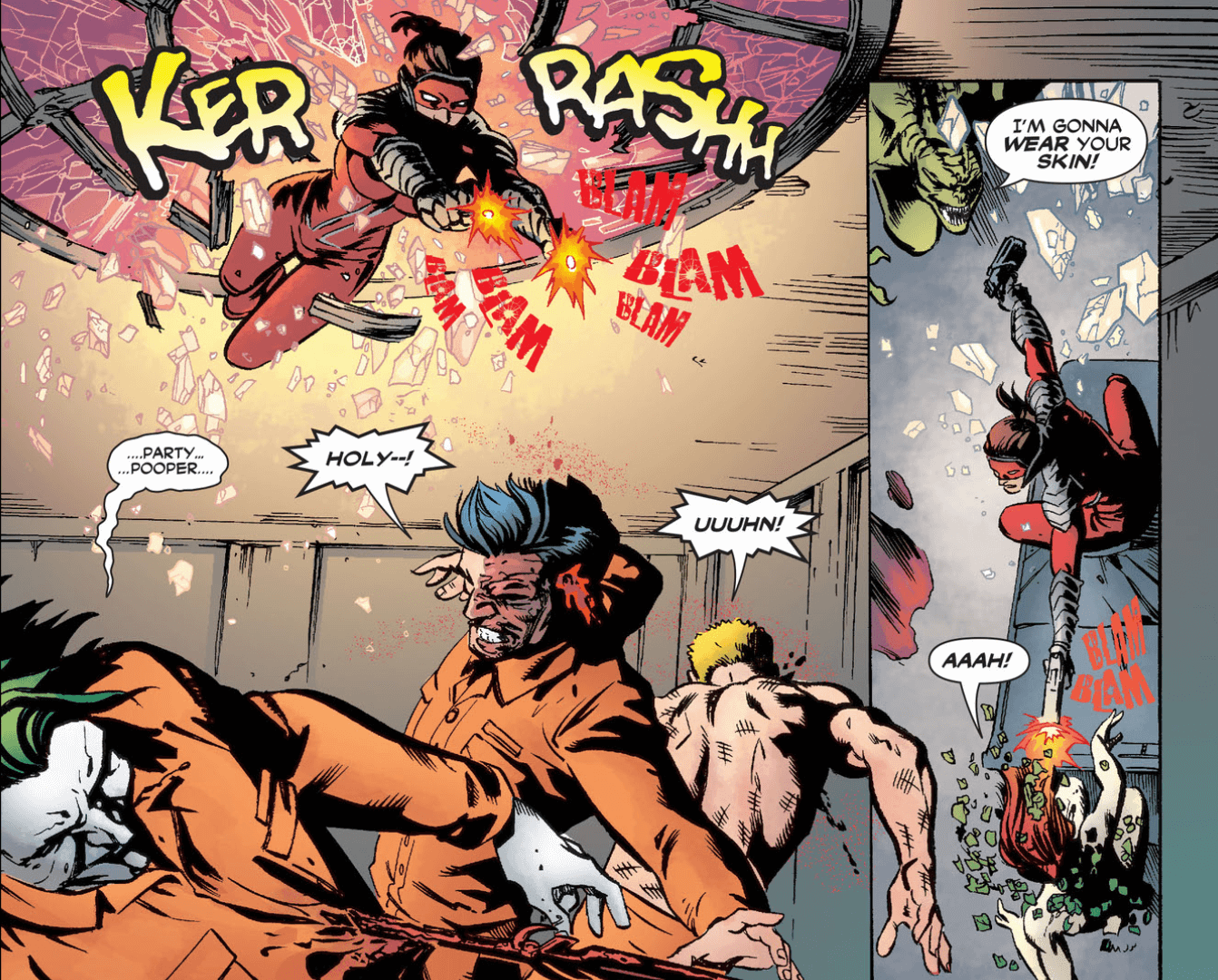 To the skeptical, the DC Universe can seem like a place of revolving door non-consequences for unrepentant Super-Villains. As a federal prosecutor, Kate Spencer resolves to do something about that: by going after those villains who escape justice as Manhunter, ending their cycles of terror with lethal consequences. In a world of high fantasy and science fiction, Kate Spencer is a realist. She puts on the Super Hero costume and uses the Super Hero equipment because that’s how the game is played, but her skepticism and pragmatism make her a uniquely grounded realist amidst the brightly colored idealism of comics. 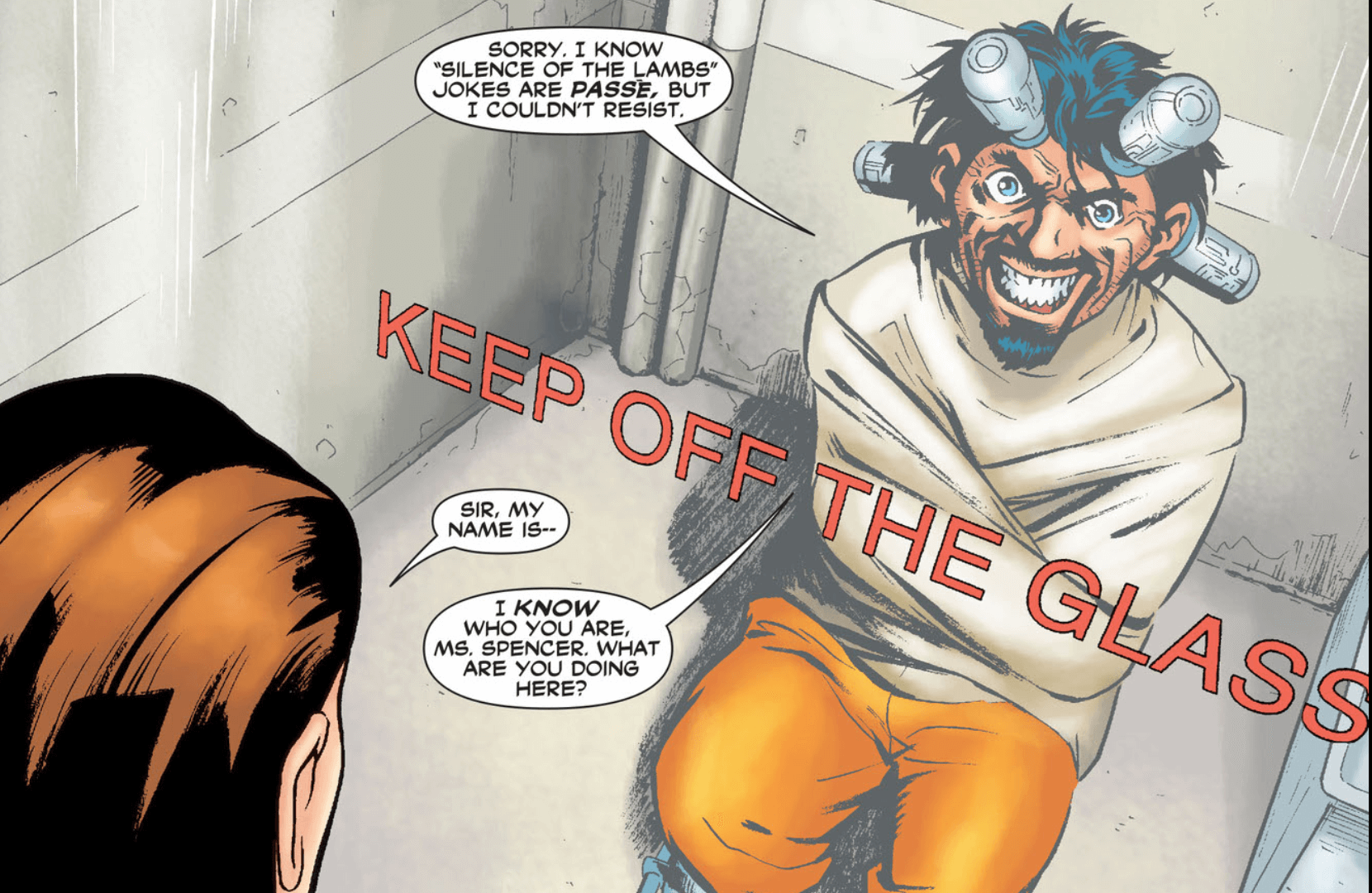 * Kate’s “sidekick,” Dylan Battles, is a reformed career criminal who’s made gadgets for all of Gotham’s most notorious villains. Ever wondered where the villains of the DC Universe get their dastardly toys? Wonder no more.

* As a federal prosecutor, Kate serves as the perfect window into how the feds cope with all this Metahuman nonsense. Want a teaser? How about Kate Spencer lawyering it up in the trial of Doctor Psycho... as his defense attorney!

* Maybe the most essential key to Manhunter’s appeal is a protagonist who is thoroughly human -- one who gets emotional, makes mistakes, and takes a grounded, relatable approach to the high drama of Super Hero Comics.

* Between OMAC, the Darkstars, and the legacy of the Manhunters themselves, Manhunter weaves together disparate and often overlooked elements of the DC Universe with surprising and satisfying levels of cohesion. It’s worldbuilding, baby!

* Finally, Marc Andreyko really brings his A-game here, hitting a lot of points that resonate with fans even today. Enjoy the super-spy intrigue of Grayson, the cynical antiheroism of Red Hood, and the pitch black humor of Harley Quinn. You know you love it. 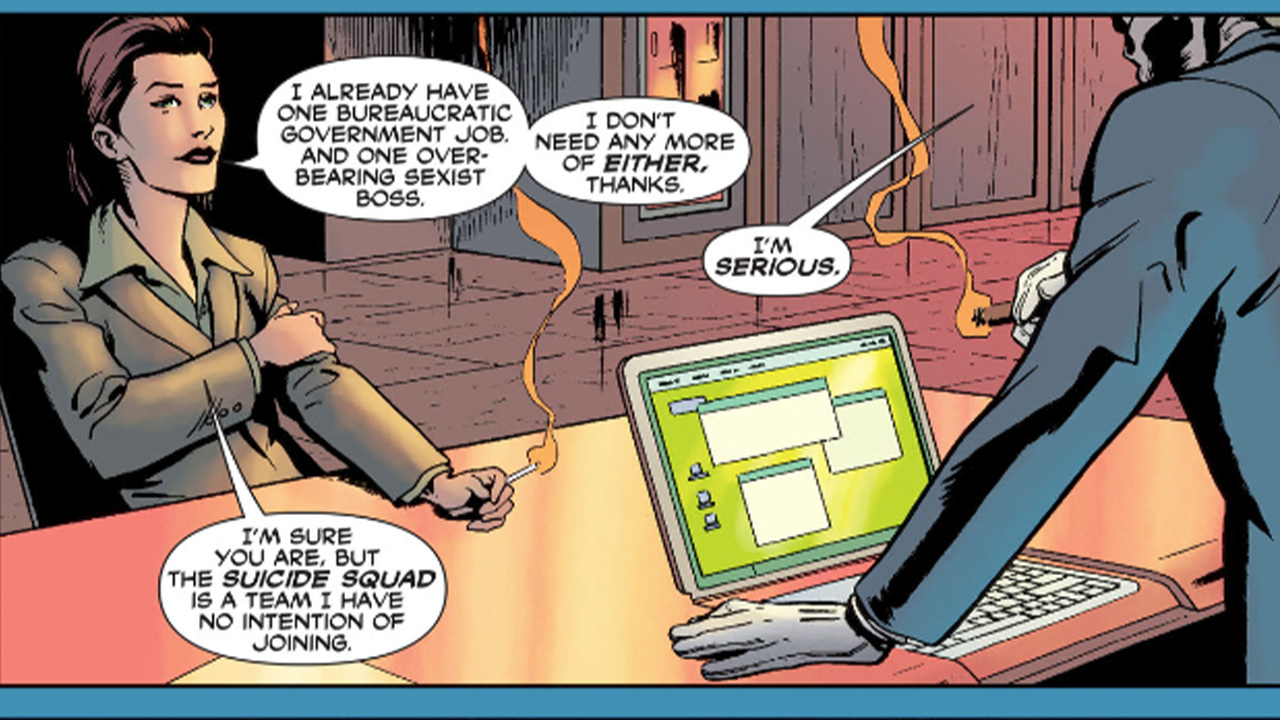 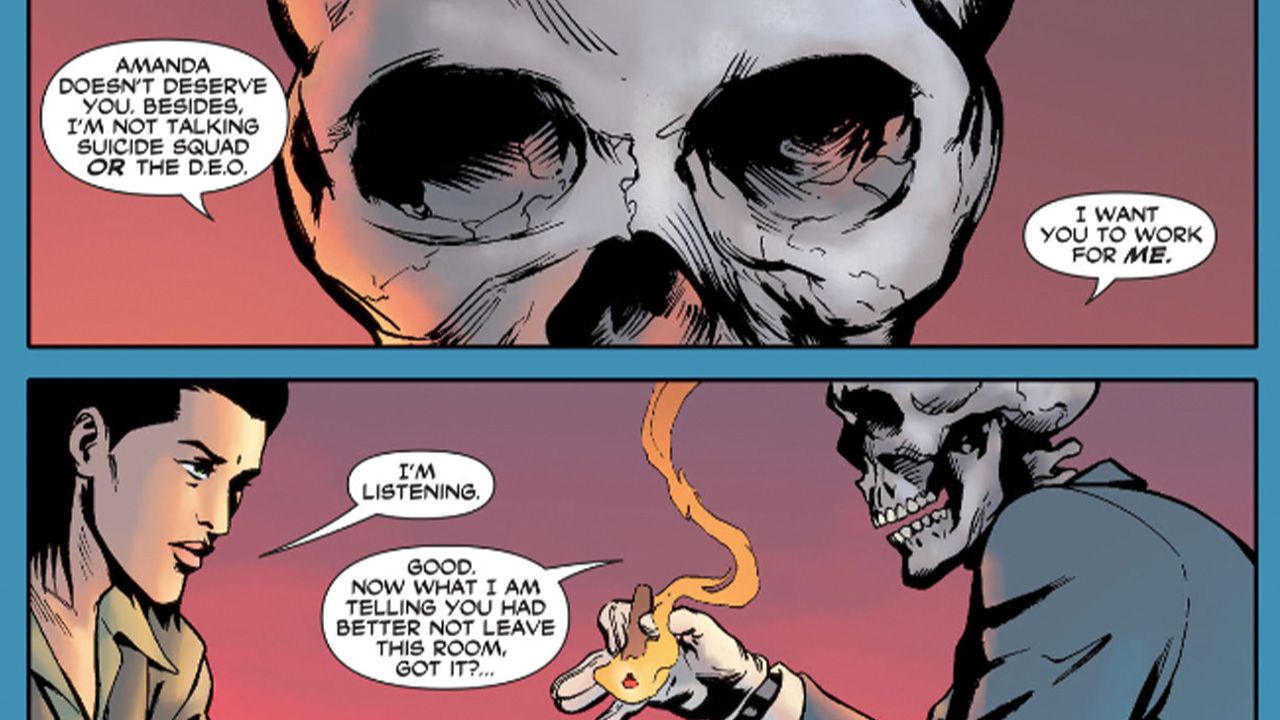 When it comes to superhero comics, suspension of disbelief is the name of the game. But even then, we can start to get a little tired of Heroic Genre Blindness. How many times is the Joker going to bust out of Arkham and go on a murder spree before somebody does something about it? Well, Kate Spencer is that somebody. Kate's actions might not always be the most heroic, but they sure are cathartic to see in action. You can see why Brian Michael Bendis pulled her from limbo to star in his ongoing "Leviathan" storyline, itself a super-spy intrigue plot which questions the cyclical battles of good and evil in the DC Universe. After all, she herself helped inspire it. Don't believe it? Then give yourself a treat and read it yourself. All 38 issues are available now, so dig in and binge away!

Binge Manhunter now and talk about it in our Community!