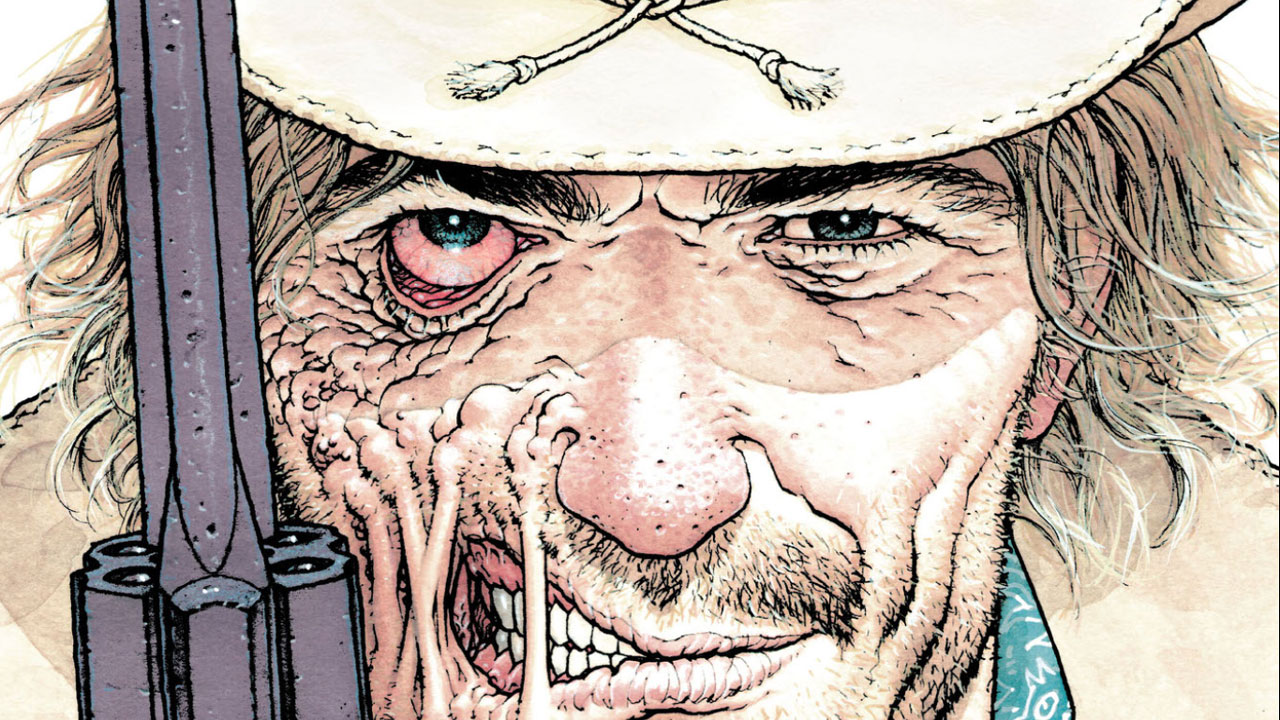 Howdy, pardner. Heard around town you were lookin’ for a right good yarn to while away these cold, hard hours. Well, you’re in luck. This here’s DC Universe, and we got over 23,000 head a stories fer yer readin’ pleasure. So much it’s awful hard sometimes to pick just which one you want. Well, let’s help you out some more. If your heart can handle a tale or seventy about the Old West and the baddest man to cross its blasted path, then sit a spell while we tell you of a man and his comic named JONAH HEX. 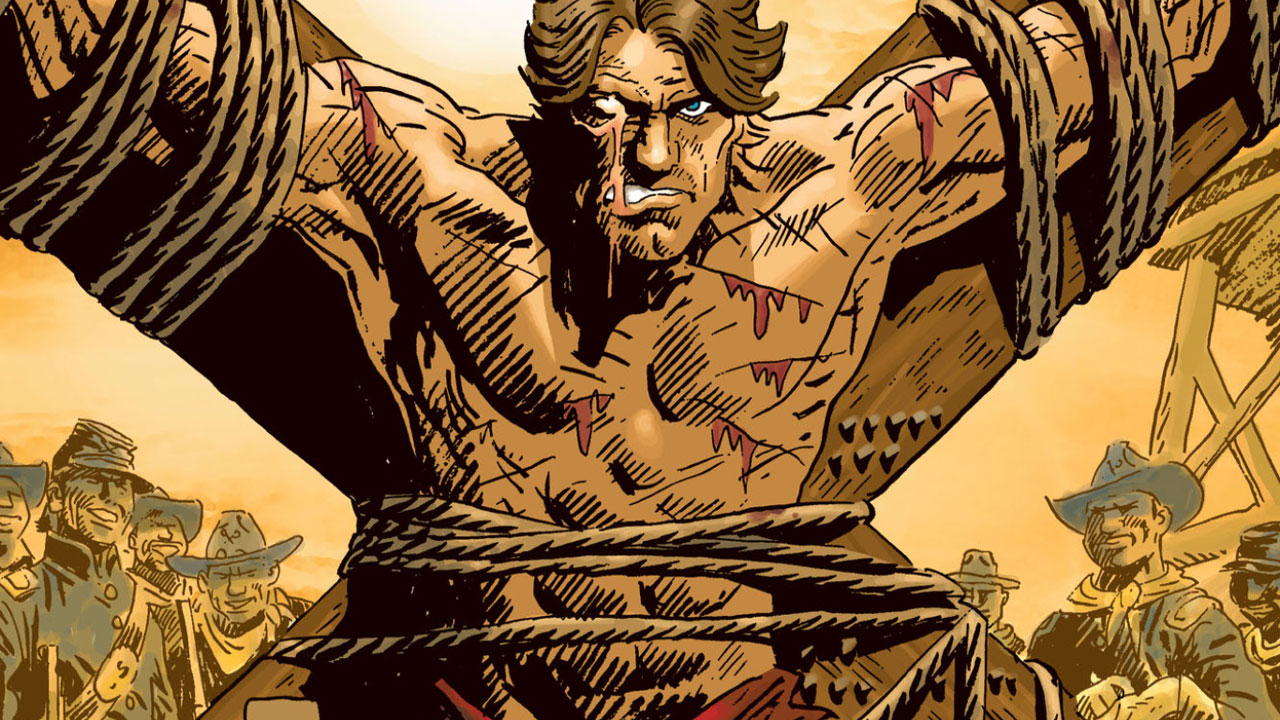 Now, somewhere along the trail, you might’ve gotten the wrong-headed notion that comic books are just about superheroes. Well, that ain’t true one mite. DC in particular’s been publishing stories of every genre what you or I can imagine from the get-go, and westerns were the first of all. Stories of complicated, world-hardened men in a land too big and sparse for any law but a code of honor, and what passed for civil discourse was loaded six at a time in a lead-hot pistol. In all DC’s years of publishing these weird western tales, we reckon nobody captured the public quite like Jonah Hex: a man whose ghastily threshéd face was matched only by the tumult within his breast. Hex first rode through DC’s western offerings in the 1970s. Then he got kinda weird in the ‘80s and ‘90s. In 2006, writers Justin Gray and Jimmy Palmiotti took DC’s premiere Western “hero” -- whatever you reckon a “hero” might be in a world like his -- back to his blackened, petrified roots. And what came to follow is what I’d stake my reputation on calling a stone-cold classic. 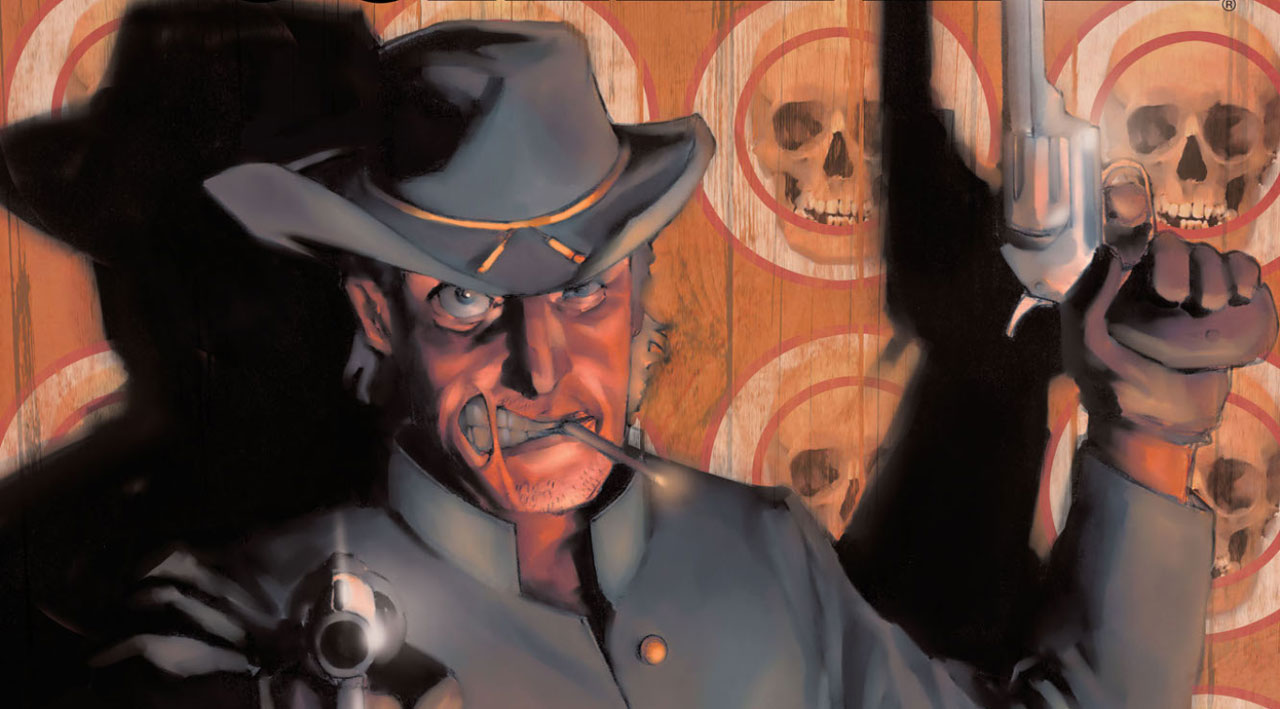 He was a hero to some, a villain to others. And wherever he rode, people spoke his name in whispers. He had no friends, this Jonah Hex, but he did have two companions: one was death itself -- the other the acrid smell of gunsmoke. Jonah Hex is the meanest-looking hombre you’ll ever regret to set eyes on, but that’s only on account of life being just as mean to him. Sold into slavery by an abusive drunk, railroaded into fighting for the wrong side of the Civil War, and fighting dishonorably with a brother over the love of a woman long forgotten, Jonah Hex rides with a face full of violence and a reviled uniform to mark the shames of his past, taking the only job a man of his nature is suited for: the business of bounty hunting. Roaming across America to bring elusive justice to the worst men to soil her face, the only target Hex can never catch is the personal redemption that shall elude him to the end of his days. 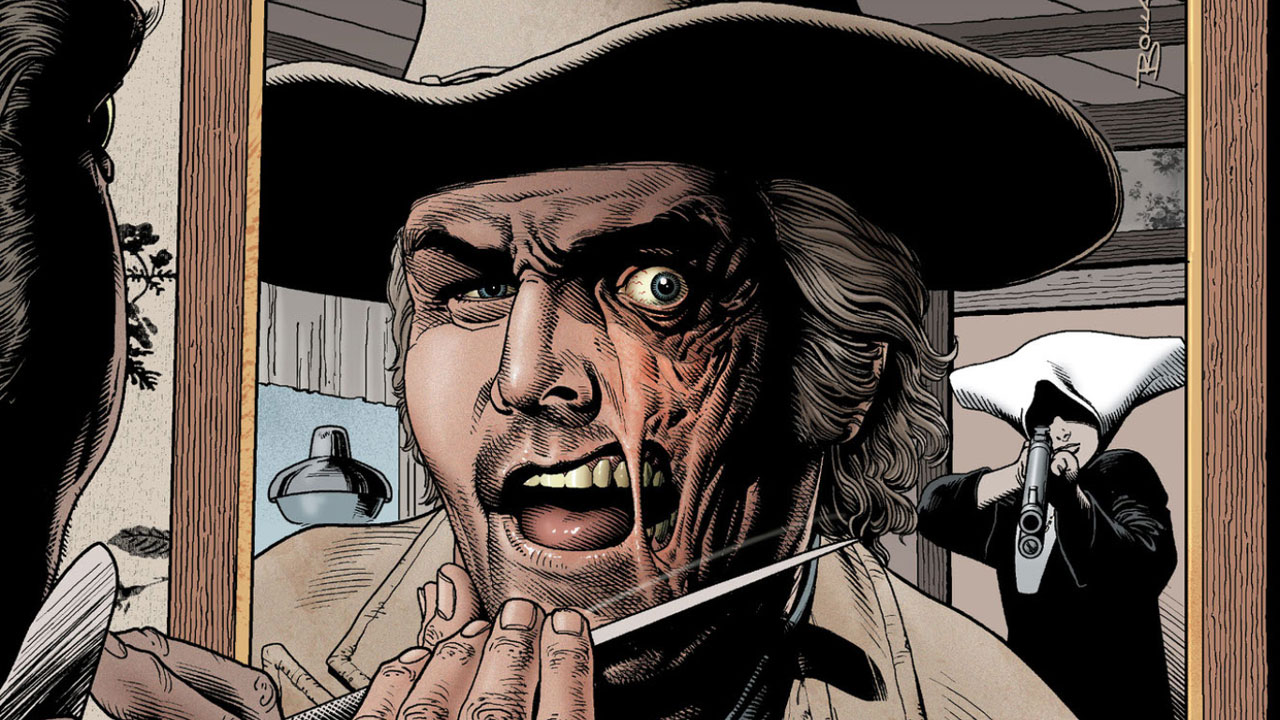 THE ORIGINAL ANTI-HERO: Some of the most popular DC characters these days are folks who do the right thing the wrong way, or those guided by a compass with more twists and whorls than you or I can reckon. Forget Deathstroke, Red Hood, that guy with the skull on his chest -- Jonah Hex was doing this bit before all of them. In this book, the magnum opus of Gray and Palmiotti’s vast careers, they’ll show you why he’s still the best to ever straddle the line.

A HARD RIDE: This one isn’t for the kids. The situations which call for Jonah Hex are the ones that only a Jonah Hex can handle. Slavery, racism, sexual abuse, and every ill that society has ever dreamed of are confronted in these pages, and the resolutions to some may haunt you for years on after. If you’re ever wondering when comics will grow up, JONAH HEX’ll learn ya that they already have.

PAPER FILMS: One of the sweetest treats ONAH HEX presents is the variety of artists who take the art of drawin’ to a new level. No two stories in this collection look quite the same, but they all feel like expressions from the same pockmarked and troubled heart. The wide, low panels which chronicle the burdens of Hex make it often feel just like your favorite Western movie… so if you’ve been looking for a book to try on DC Universe’s “Couch Mode,” sit back and set it to play while you butter the popcorn. We recommend putting on some Ennio Morricone music in the background to set the mood.

HOW TO START… AND WHERE TO HEAD NEXT 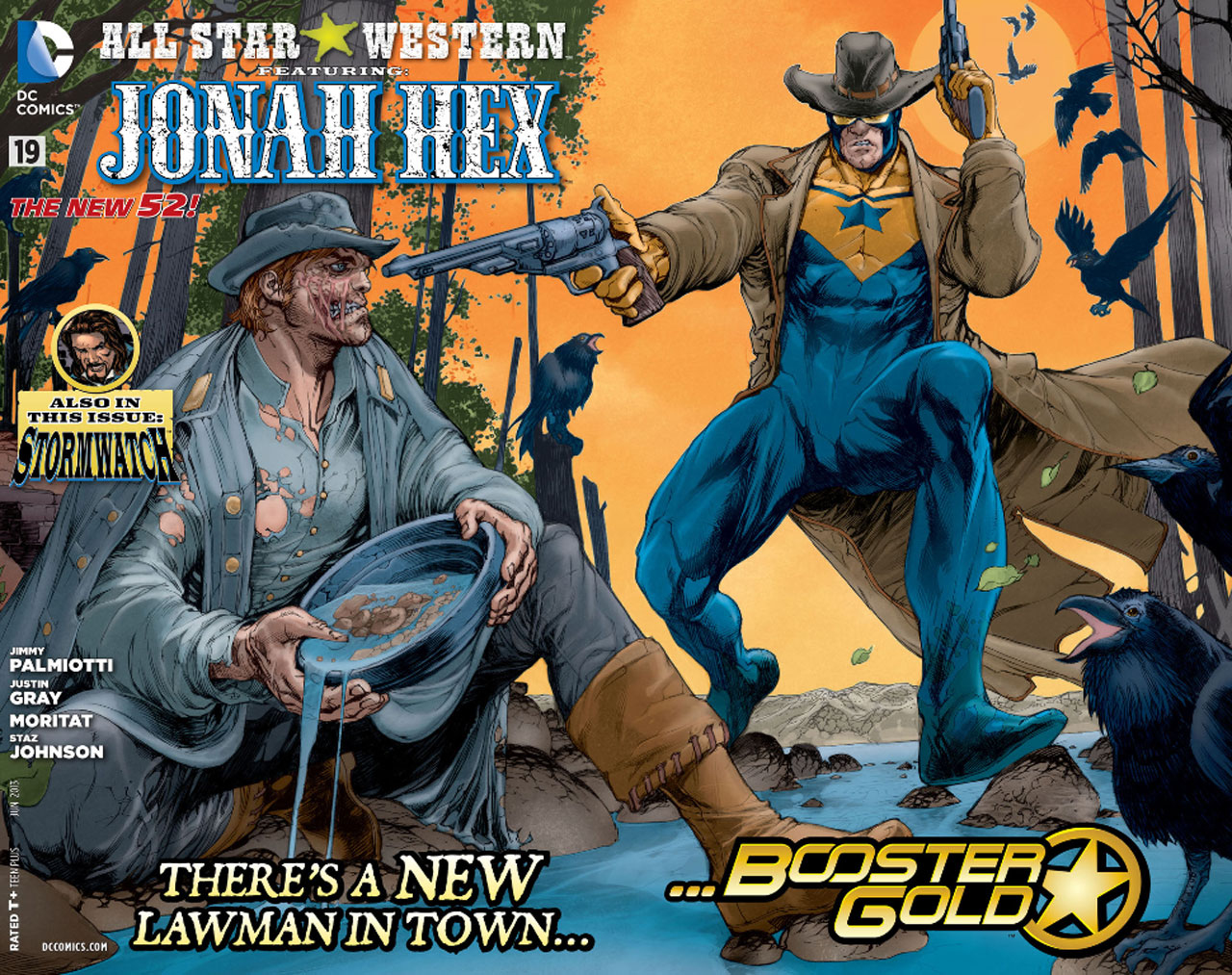 JONAH HEX is one of the classic DC runs of the ‘00s, but maybe ‘til now you’ve been letting the issue count intimidate you. Don’t you worry. It’s just like any other trail. Start with the first step, and the rest will follow. Lucky for you, these issues usually stand on their own, so it’s awful reader-friendly for a story so violent. Read one issue, for all its horror and grandeur. And then the next. You’ll do that 68 more times, and then you’ll be plum surprised how fast you get through the whole affair once you get started. Well, there’s 35 more issues after that waiting for you in Gray and Palmiotti’s follow-up series, ALL-STAR WESTERN, where a trail-hardened Hex confronts his greatest challenge ever: explicit existence in DC continuity. Well, don’t let this cowboy waste your time any longer. Any more you spend hearing from me is time you could be reading JONAH HEX. G’wan, get!

What’s your favorite tale of the hero the Wild West deserves? Sit a spell and share your story in our saloon.