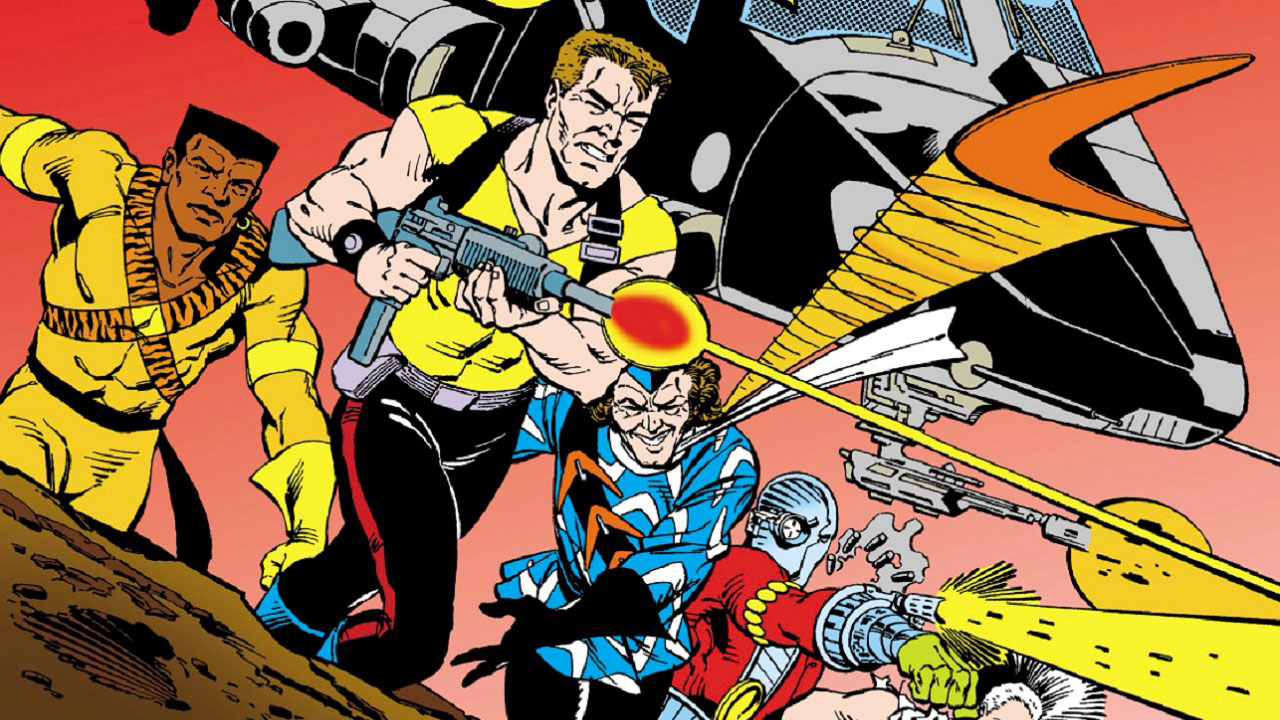 So you’ve just finished rewatching the sneak peek of director James Gunn's upcoming The Suicide Squad that debuted at last weekend's DC FanDome: Hall of Heroes, and now you need a Task Force X fix but the movie is still one year away. Well your old pals at DC Universe have countless ways for you to dive deeper into your favorite characters. If you need something to binge and want to explore the world of Task Force X, check out writer John Ostrander’s 1987 Suicide Squad series. 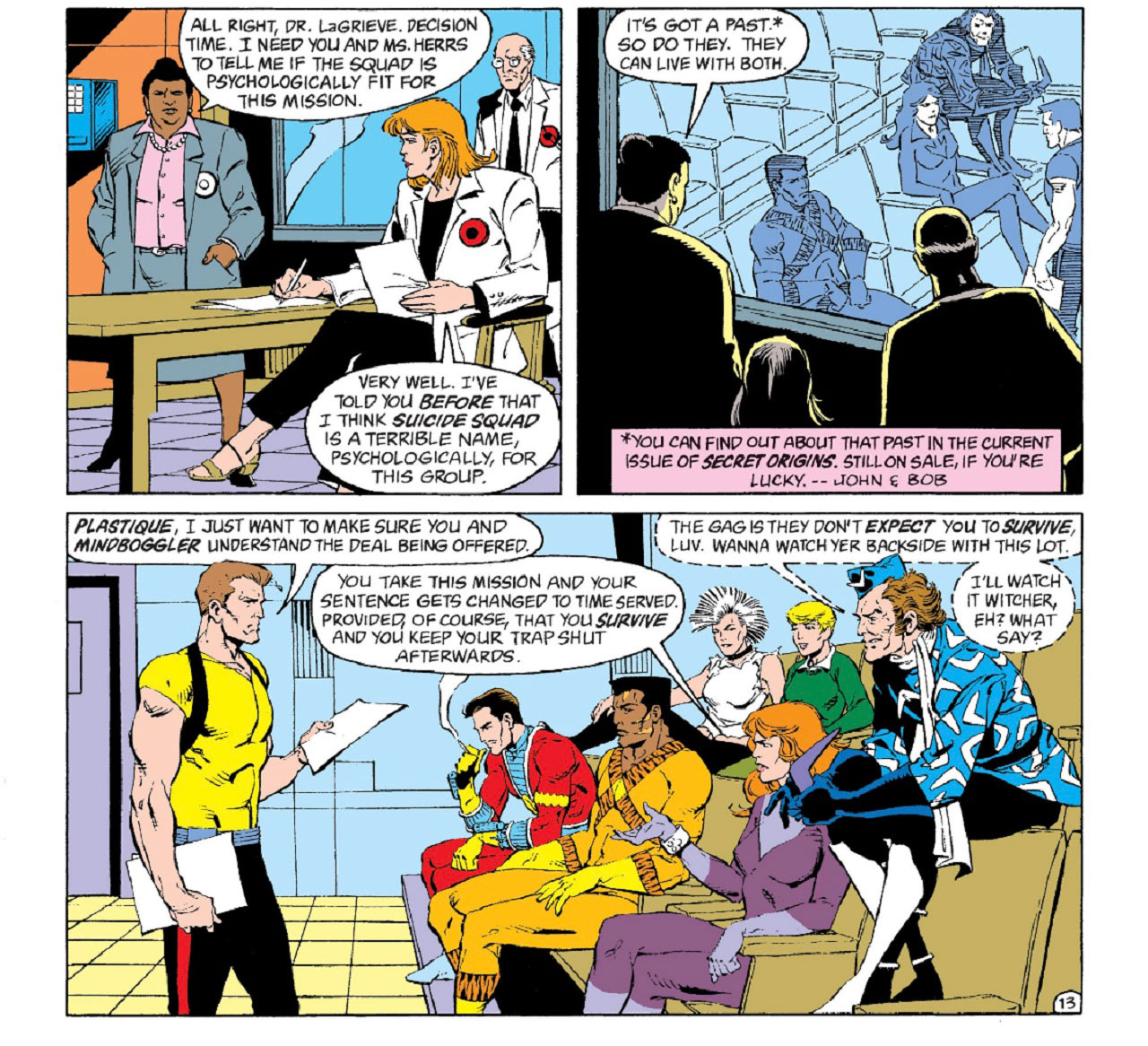 The original Suicide Squad was introduced in 1959’s The Brave and the Bold #25. The group's first iteration was a team of government operatives -- including Rick Flag (the father of Rick Flag Jr.) -- who were tasked with combating strange occurrences and studying scientific curiosities. Although their adventures were fun, Task Force X never reached the heights of fame enjoyed by other Silver Age teams, and the original Suicide Squad faded into obscurity. 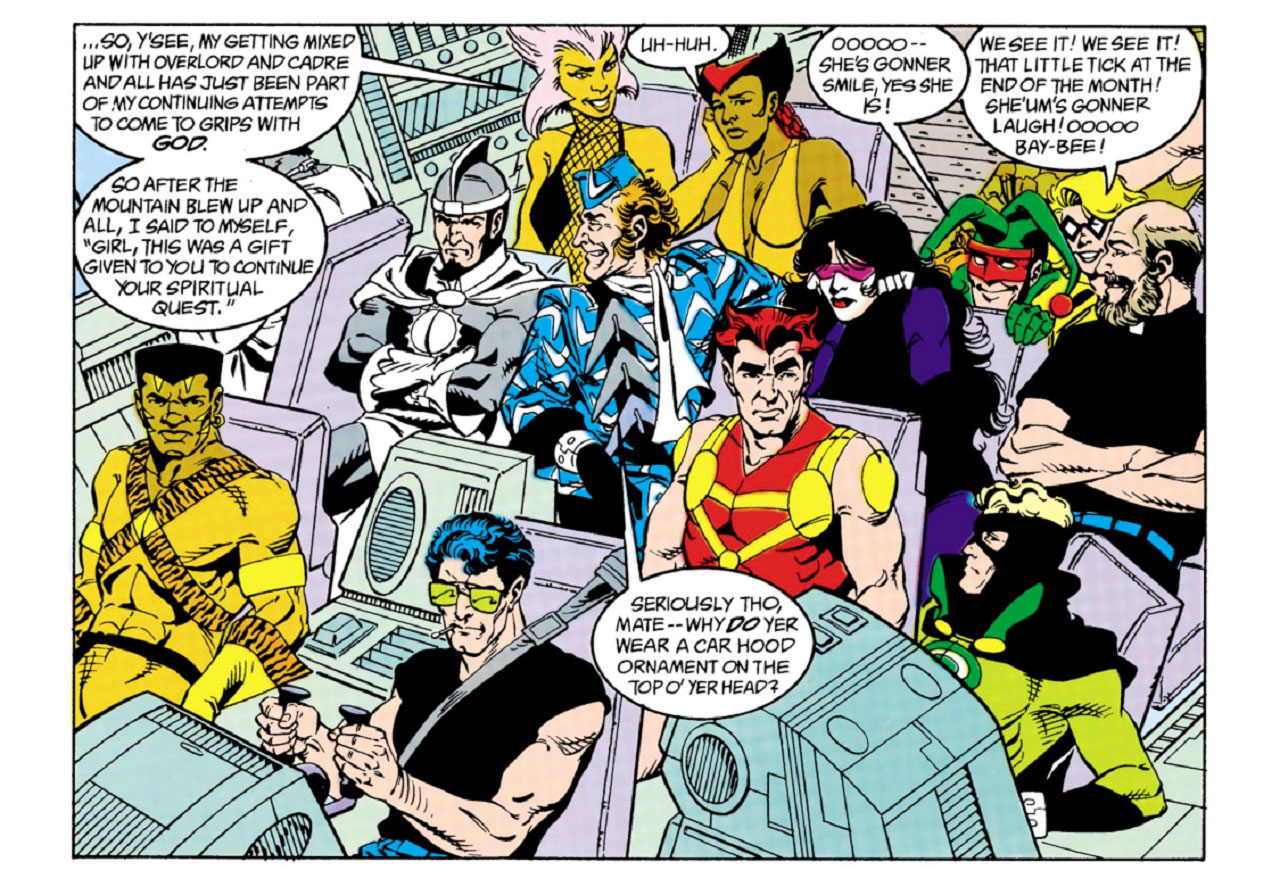 During DC’s 1986 Legends event, the Task Force X program was revived by a fierce government operative named Amanda Waller, but with a twist. This time the Suicide Squad would consist of incarcerated villains, who would go on missions in exchange for reduced sentences. Waller put Rick Flag in charge of this rotating group of rogues. A group of villains being treated as pawns by a secret government agency – what could possibly go wrong? 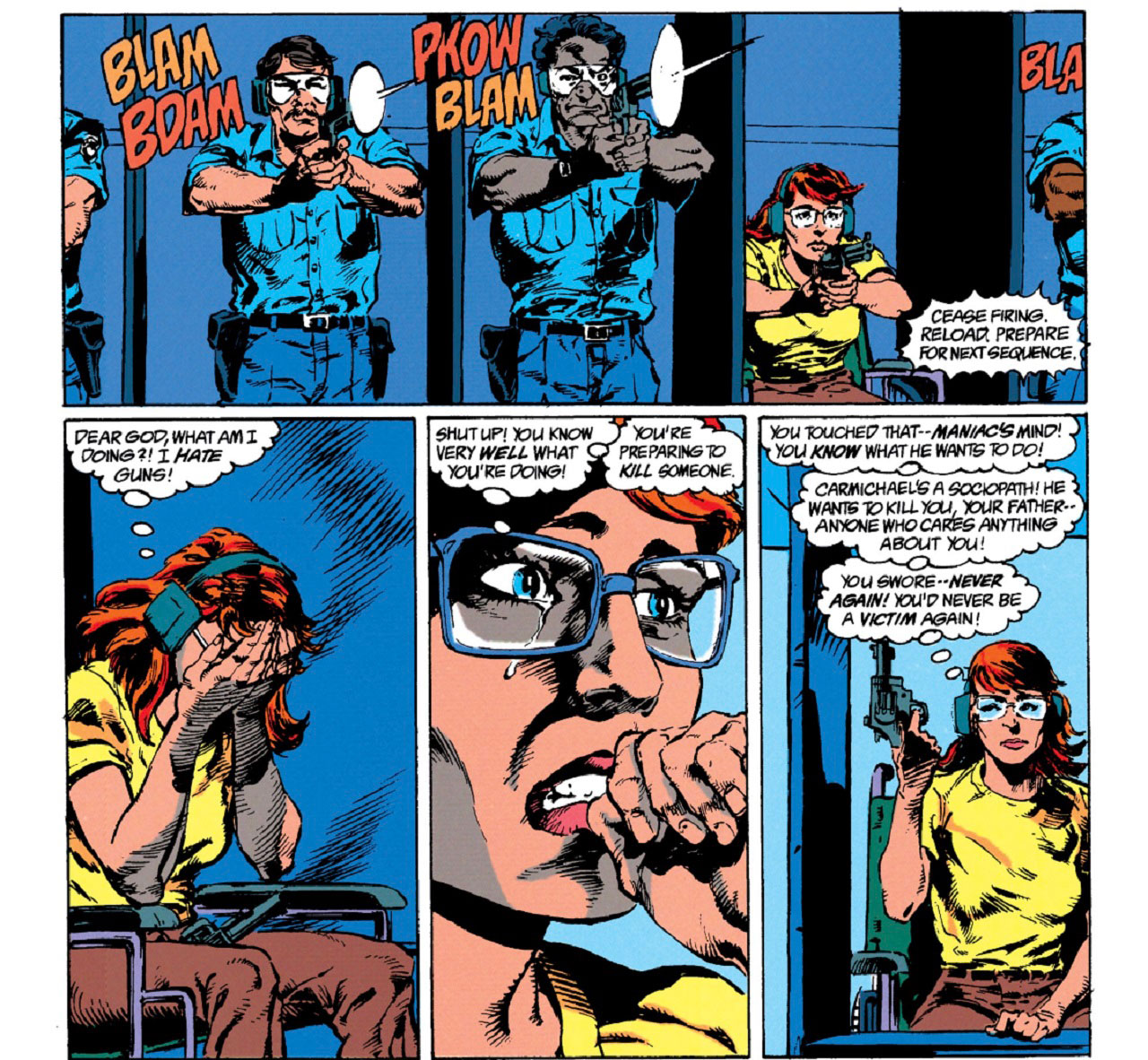 * Anybody could die! It doesn’t matter if they're an iconic villain or not, the group is called the Suicide Squad for a reason. One example occurs in Suicide Squad #36 when Doctor Light is killed by Parademons. Suicide Squad #52 catches up with him as he’s being tortured in Hell. The series isn’t always kind to its characters, but it's sure entertaining to read.

* Like Task Force X itself, this book was a team effort, and John Ostrander had the best storytelling partners. Ostrander’s wife Kim Yale joined him in plotting stories, giving the world more humanity and helping to flesh out its characters. Most of the series was penciled by Luke McDonnell, who knew how to bring an action sequence to life. He defined Amanda Waller through her facial expressions alone.

* This is where former Batgirl Barbara Gordon reached her full potential and became Oracle. Kim Yale knew that Barbara needed more agency after she'd been crippled by the Joker in 1988's The Killing Joke graphic novel, so the couple worked together to recreate her as Oracle. Check out Suicide Squad #48-49 for an underrated two-part story that explores Oracle’s psyche.

* If you’re looking forward to director James Gunn’s 2021 film The Suicide Squad, then this series is an essential binge. Gunn has raved about Ostrander and Yale’s work in interviews, and has said it served as heavy inspiration for his movie. In fact, at last weekend's DC FanDome: Hall of Heroes presentation, Gunn said he views his film as a sequel to those original comics. Why not check them out for yourself to see what all the fuss is about? 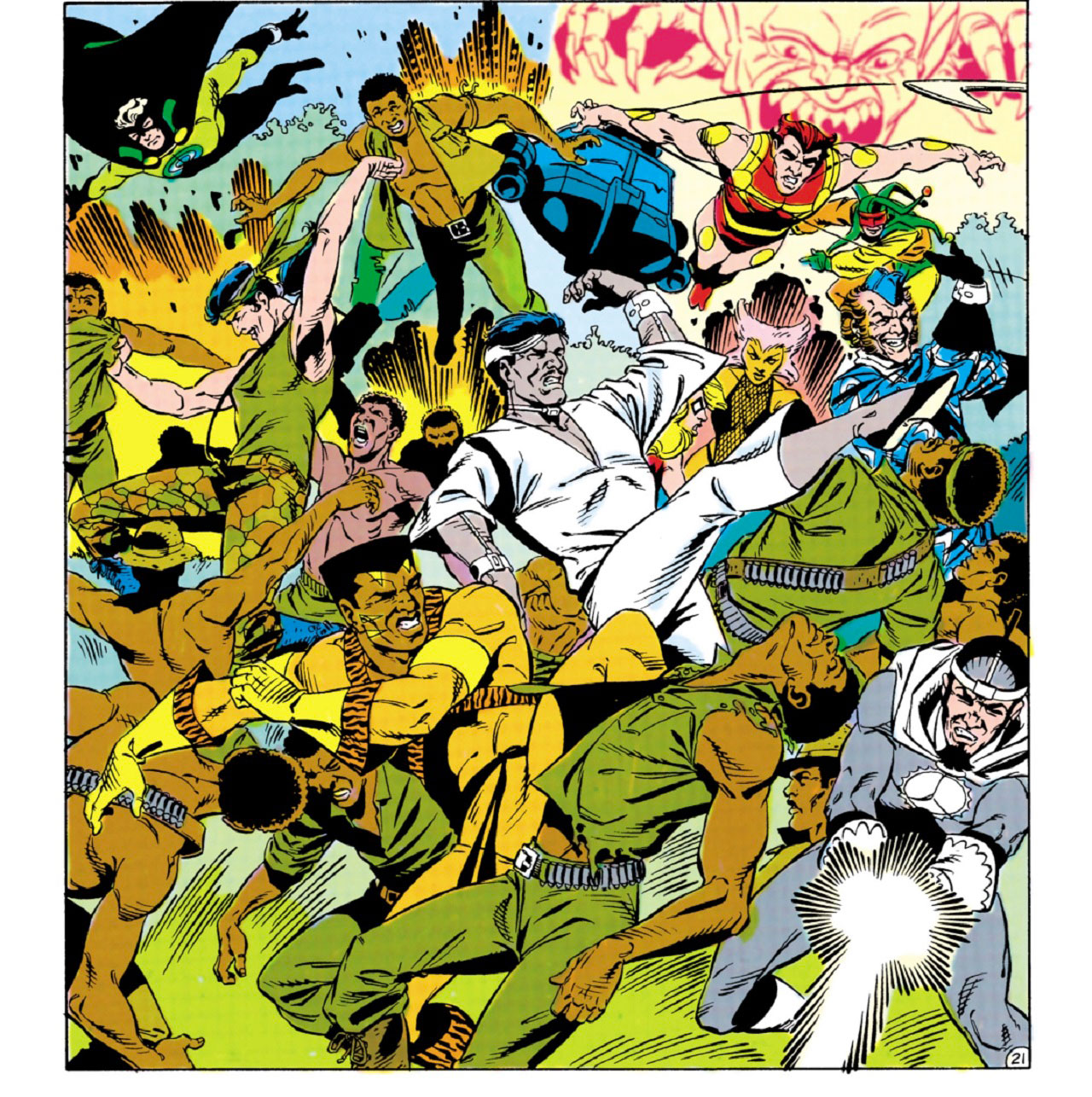 Remember that feeling you got the first time you watched a 1980’s action movie like Die Hard or Lethal Weapon? Every issue of Ostrander’s Suicide Squad will bring you that same sense of excitement, with Cold War intrigue, gruff anti-heroes, and wall-to-wall adrenaline. We can’t make it a Blockbuster night anymore, but we can relive those days by binging Suicide Squad.

Are you binging John Ostrander’s SUICIDE SQUAD? Let us know in our Community!