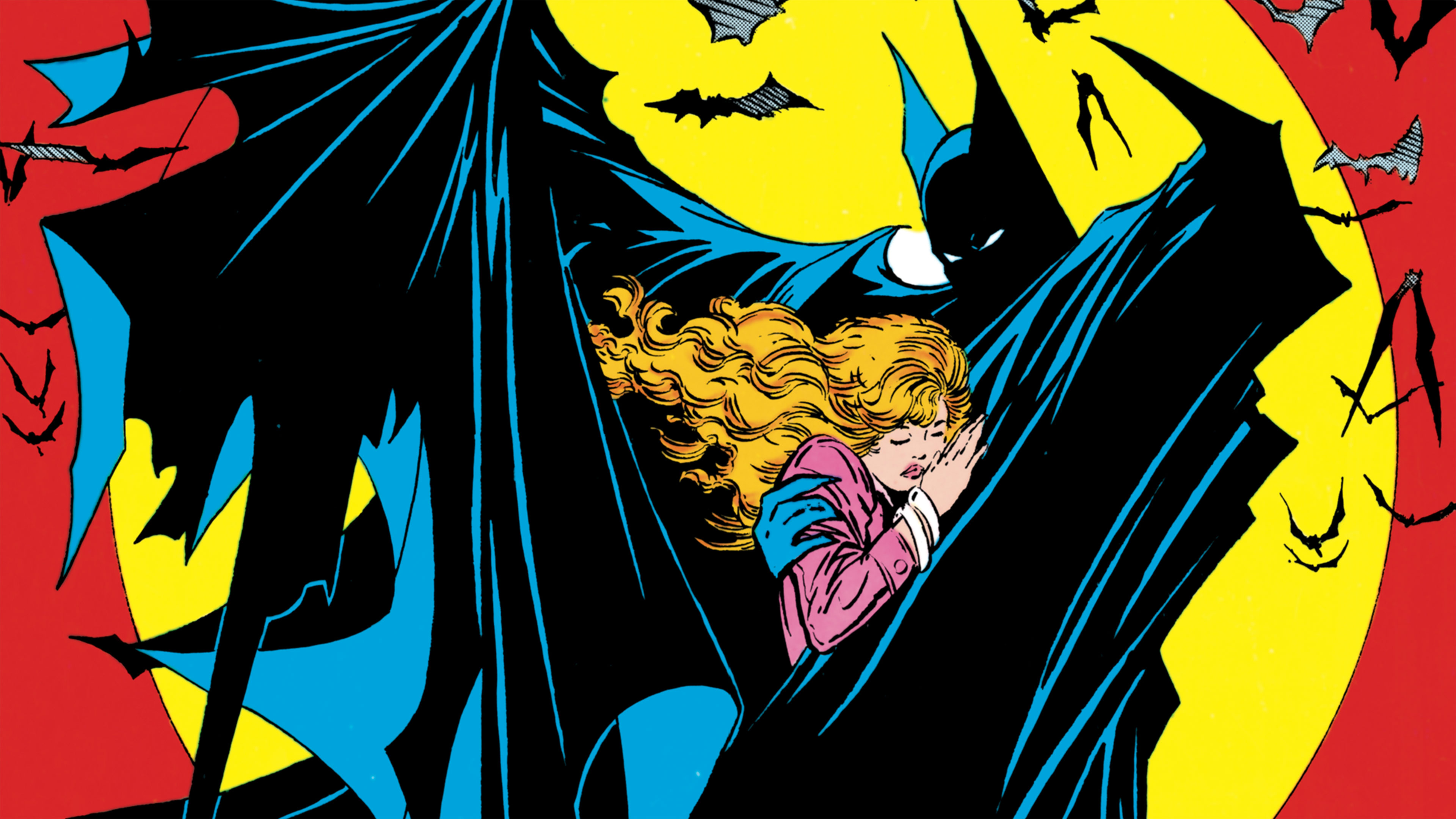 Binge This: Jim Starlin's BATMAN Explored the Grim Side of the '80s

There’s over eight decades of DC Comics history to explore at DC Universe, particularly with Batman. A character who just celebrated his 80th anniversary and the 1,000 issue of his debut title, there’s so many eras the Dark Knight has gone through. Although most associate the '80s Caped Crusader with Frank Miller, Batman’s monthly adventures were often as dark as Miller's two self-contained classics -- Batman: Year One and The Dark Knight Returns -- and sometimes even darker! Let’s dig into the seventeen-issue run of writer Jim Starlin and see why his Batman was the definitive Batman of the '80s...

After Batman: Year One, editor Denny O’Neil sought to revamp the main series by mirroring the tone of Miller’s writing. Initially, Max Allan Collins was brought in to rewrite Jason Todd’s origin, the then-current Robin who was changed from a near-clone of Dick Grayson to a hard-living kid of the streets. While Jason’s new origin stuck, the tone of Collins’ work wasn’t exactly what O’Neil was looking for, so Marvel writer Jim Starlin was brought in to solidify the Batman title as a dark, violent book where the Caped Crusaders battled crime. 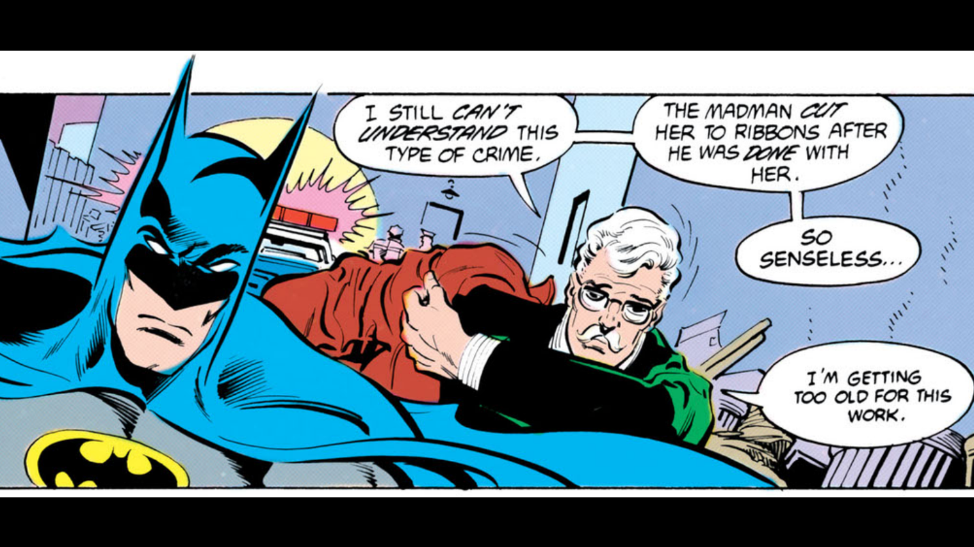 Starlin’s run was memorable in the level of brutality the heroes combated in the form of normal criminals. From issues #414-#430, with a very notable exception, Batman, Robin and Commissioner Gordon don’t battle any of the main rogues gallery. True, villains like the Scarecrow and the Floronic Man serve as plot points in issue #415, but only in the margins. Batman #424 and #425 present drug smugglers and domestic abusers, while in #414 a serial killer dubbed “The Dumpster Slasher” kills women and leaves their corpses in trash dumpsters. Though only three issues long, this case lasts until Batman #422 in which the killer meets a violent end. Such exercises in morality were a common theme in Starlin’s writing. 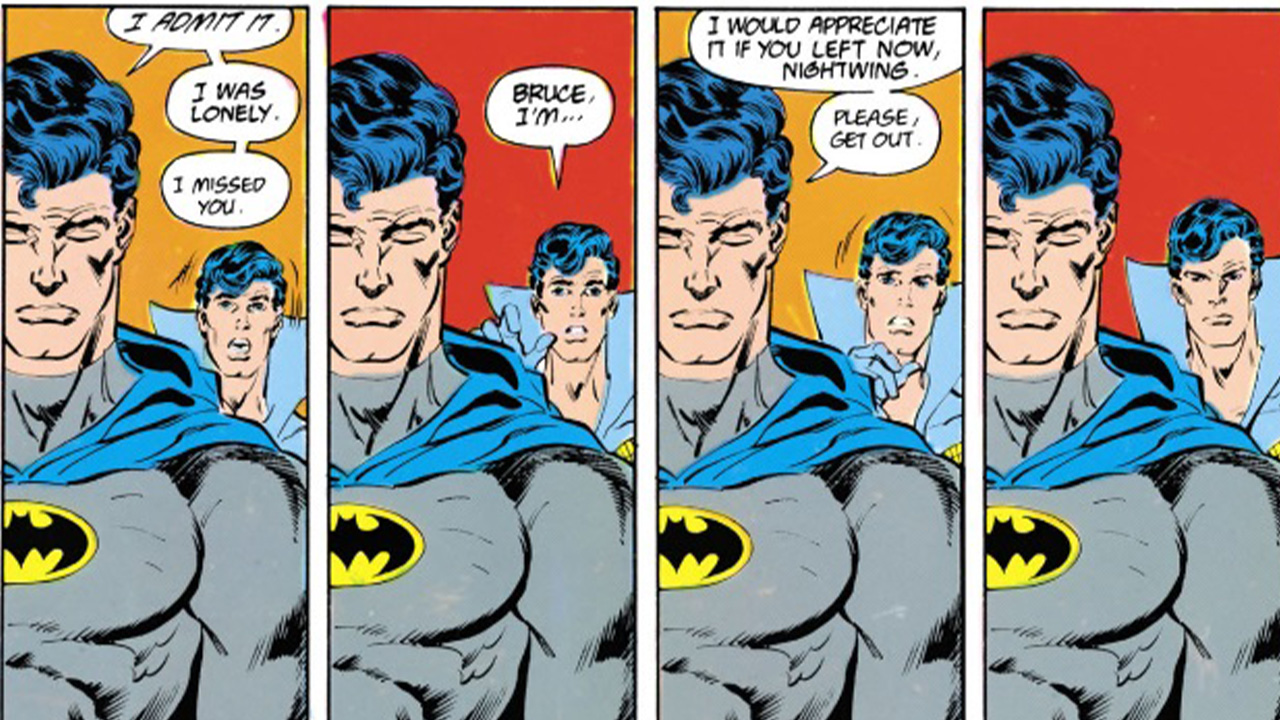 Starlin never liked the concept of Robin, preferring that Batman wage his war on crime solo. Nevertheless, he skillfully handled the history of the Dynamic Duo, particularly in #416 when we see Nightwing return to the Batcave and confront Batman over being replaced. Hurt that Jason was adopted and trained so soon after he left Bruce’s side, Dick confronts Bruce and the two have an emotional conversation that brings to light hidden depths of their relationship. It’s a must-read for fans of the original Batman and Robin team.

More famously is Starlin’s depiction of Jason Todd. This is the version of Jason that has carried over to this very day, from his current role as the Red Hood to his hot-headed incarnation in Titans. Temperamental, impatient and impulsive, Jason’s recklessness and lack of forethought differentiated him from his predecessor in spades. While the second Boy Wonder was more agreeable in other writers’ hands, Starlin was the one writer who most defined Jason permanently, and its in his run where you get to see that characterization.

OTHER REASONS TO BINGE

* Starlin’s voice for Batman, is experienced, confident, and recalls that of an old police detective, often running his mind through scenarios which display real heart alongside a keen detective's mind. 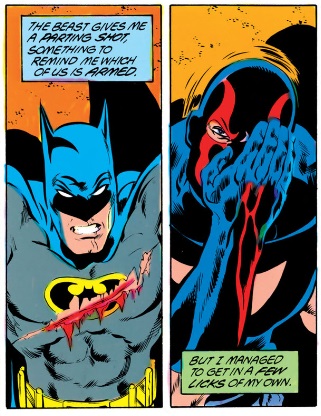 * Starlin introduces the KGBeast, a soviet super-assassin who nearly killed President Ronald Reagan. It doesn’t get more '80s than that!

* Published concurrently with Starlin’s monthly Batman run was his limited series The Cult, a four-part tale of violence and mind-bending psychosis and Batman battles Deacon Blackfire for the soul of Gotham City. It's illustrated by the late horror maestro Bernie Wrightson.

* Starlin’s run concludes with the infamous "Death in the Family" storyline, in which Jason Todd was murdered by a crowbar-wielding Joker. Reading the issues leading to that tale's dreaded warehouse explosion makes the story even more impactful. 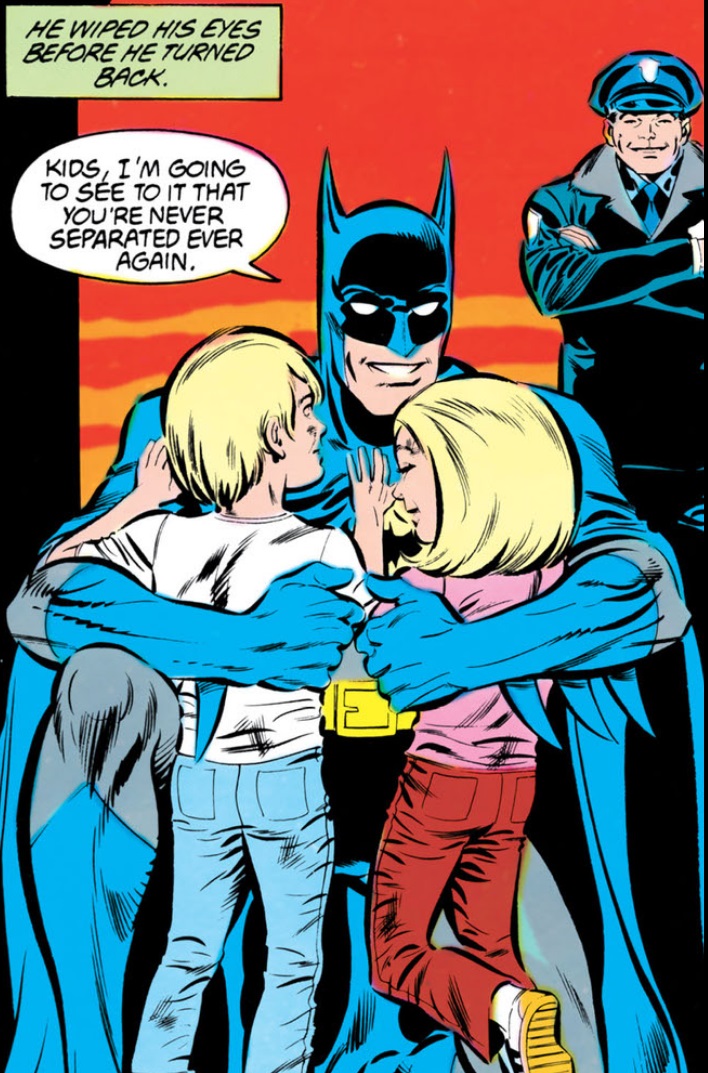 Jim Starlin’s run showcases a Batman who's a detective in a world determined to bring him and everyone in Gotham to their knees. Friendships are tested and lives are lost, but Batman never loses his mettle, battling the worst that Gotham has to offer even when the cost appears too high. A perfect encapsulation of the dimensions to Starlin’s Batman can be found in #423, when police officers gather to compare their experiences with him, describing a violent vigilante who loves children and would never hesitate to save even the lowliest soul. A short, perfectly digestible run, Jim Starlin’s Batman offers a terrific spate of comics to binge and the perfect portrait of the 1980s Dark Knight.

Have you read Jim Starlin's BATMAN? Read it now and talk about it in our Community!