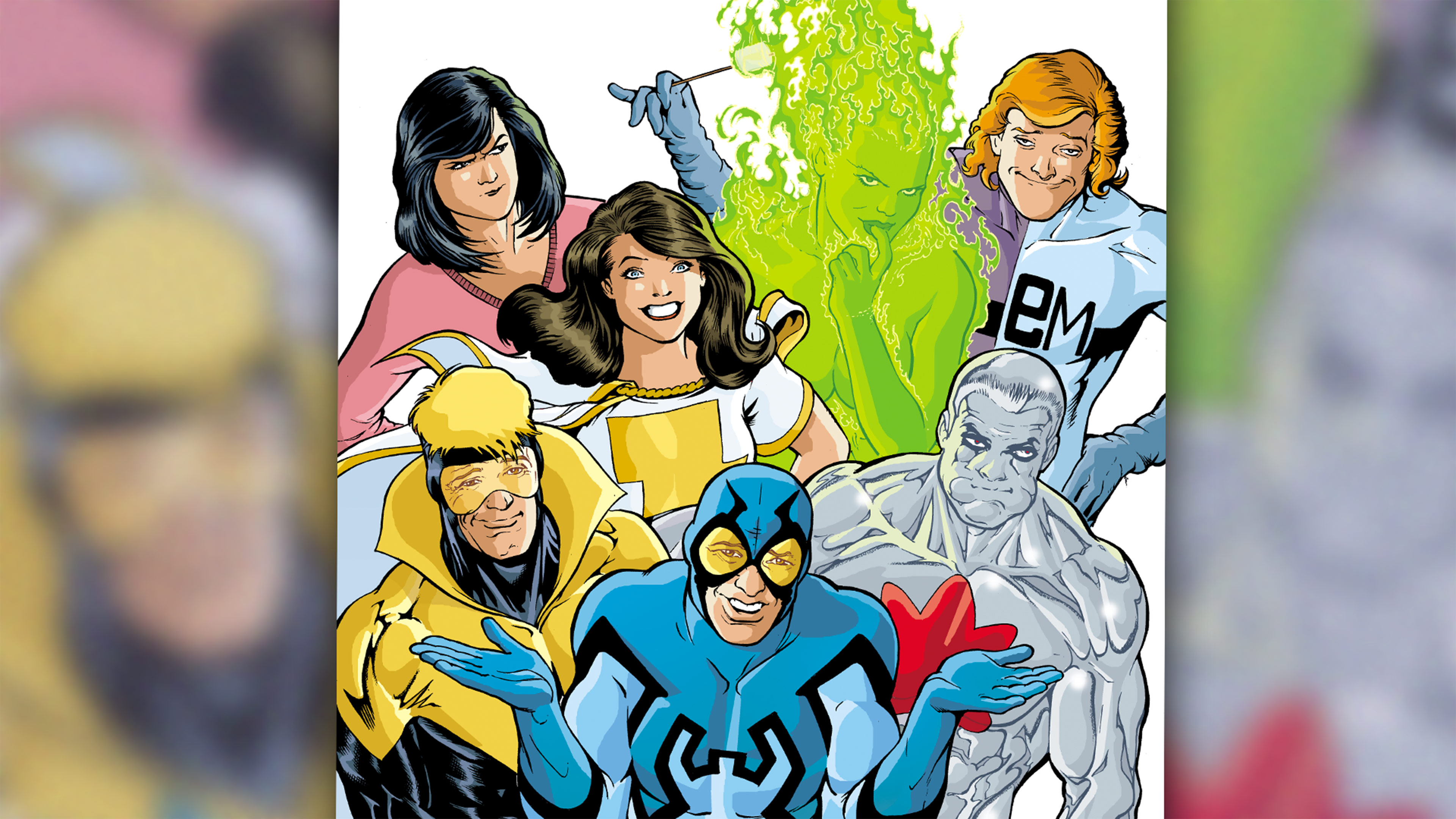 Binge This: FORMERLY KNOWN AS THE JUSTICE LEAGUE Puts the 'Friends' in 'Super Friends'

Nostalgia has fueled the need for sequels and reunions in every form of media nowadays. Few pack the same punch as the original. Even fewer stand on their own when separated from the original. Formerly Known as the Justice League not only stands, it soars. The Eisner Award-winning limited series is a perfect storm of nostalgia, humor, and heroes. No one told them life was going to be this way, but these heroes manage to put the “Friends” in Super Friends.

Several years after the Justice League International disbanded, Maxwell Lord is “getting the band back together.” Lord reaches out to former leaguers like Elongated Man, Fire, Blue Beetle, Captain Atom, and Booster Gold along with Mary Marvel, who joins the ranks as the rookie of the team. He reunites the group under the name Super Buddies complete with an office space, folding chairs, and a commercial reminiscent of the Super Friends intro.

The limited series reunites the characters and captures the same humor present in Justice League International. It accurately showcases the growing pains of trying to restart where you left off as well as going back to working with the same group of people despite having all grown up a little bit—well, all except Booster of course. 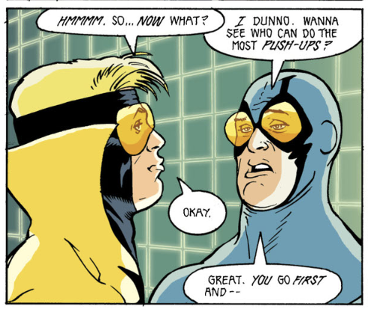 During their first meeting, the team is captured and transported to a gladiatorial arena where they are forced to fight one another under mind control. They need to quickly learn to put aside their differences and old squabbles long enough to escape.

The Super Buddies (formerly known as the Justice League) have grown apart and are certainly out of shape. The limited series plays more as a sitcom than a typical team book. Much of the fighting is among the team as they bicker and argue in almost every panel while sorting their way out of a fantastical situation.

The story is genuinely funny and feels very realistic of how a reunion would play out. The characters have grown in their time apart causing their short temperedness with one another. Old gripes come back and new ones emerge, but it’s not all an awkward family dinner.

It’s great to see these characters having some real world problems. For instance, Blue Beetle is worried about his recent heart disease which plays into a lot of his hesitations. Although Booster Gold doesn’t know what he has to be worried about.

The humor throughout holds up pretty well and the character interactions are really funny. Early on, Lord makes a joke about changing Captain Atom’s golden uniform saying he “looks like an Oscar.” 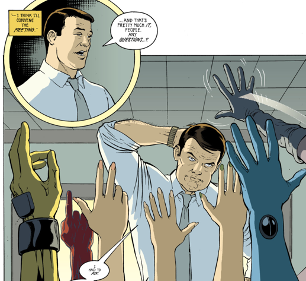 In a time of reboots, sequels, reunions, etc., Formerly Known as the Justice League hits all of the right notes over 15 years later. It’s probably a more accurate version of the Friends reunion- but with some added superpowers.

In the final moments of this limited series, the Justice League comes to aid the Super Buddies (and the Earth) from an intergalactic war. It’s a funny scene and even Batman gets in a few quips!

There’s also a sequel to the sequel I Can’t Believe It’s Not the Justice League starting in JLA Classified #4, which continues the adventures of the Super Buddies. The team gets wished to Hell, works at a fast food place, and meet their evil doppelgangers, The Power Posse.

Formerly Known as the Justice League is the perfect way to revisit and catch up with the ragtag team. Their contrasting personalities and misadventures make for a fun read. The six issues will fly by faster than Blue Beetle’s heart palpitations!

Who’s your favorite former Justice Leaguer? Let us know in our Community!